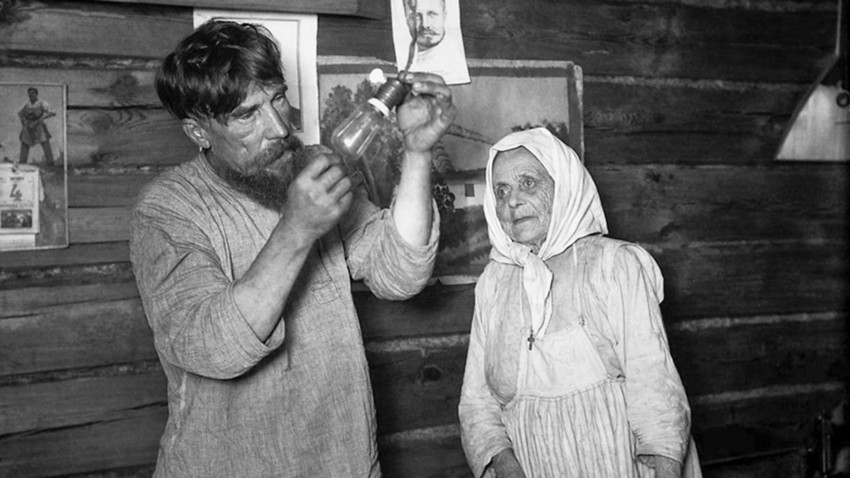 The collectivization was implemented at the expense of the peasants’ natural self-organization and lifestyle. Millions suffered from repressions, hunger and poor labor conditions.

Nonetheless, many people supported the novel approach. Millions of people believed in the new Soviet ideals and willingly put genuine effort into working for the common good.

To advance a positive image of collectivization in the collective consciousness of the Soviet people, the state employed accomplished photographers to shape the desired image of life on Soviet collective farms. While some of the photos could have been made impromptu, others most certainly were staged.

These pictures show an idealized vision of the Soviet collective farms from the mid-1920s to the late 1930s. 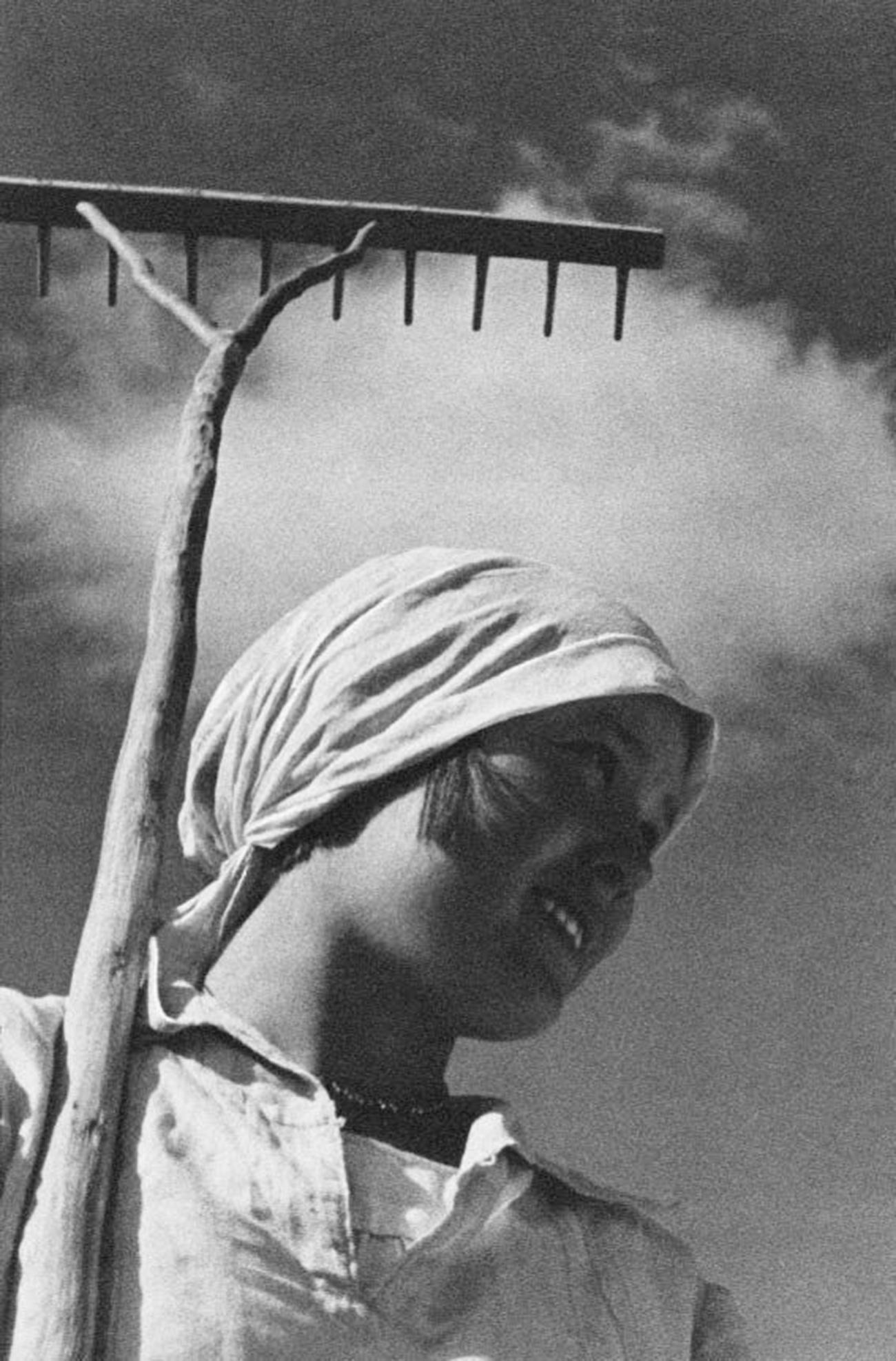 The above photo of a female collective farm worker was made by Soviet photographer Georgy Petrusov. Petrusov, who took photography as a hobby at first, went on to make it his main activity and became a successful war photographer during WWII, entering the fallen Berlin with the rearguard of the Red Army. 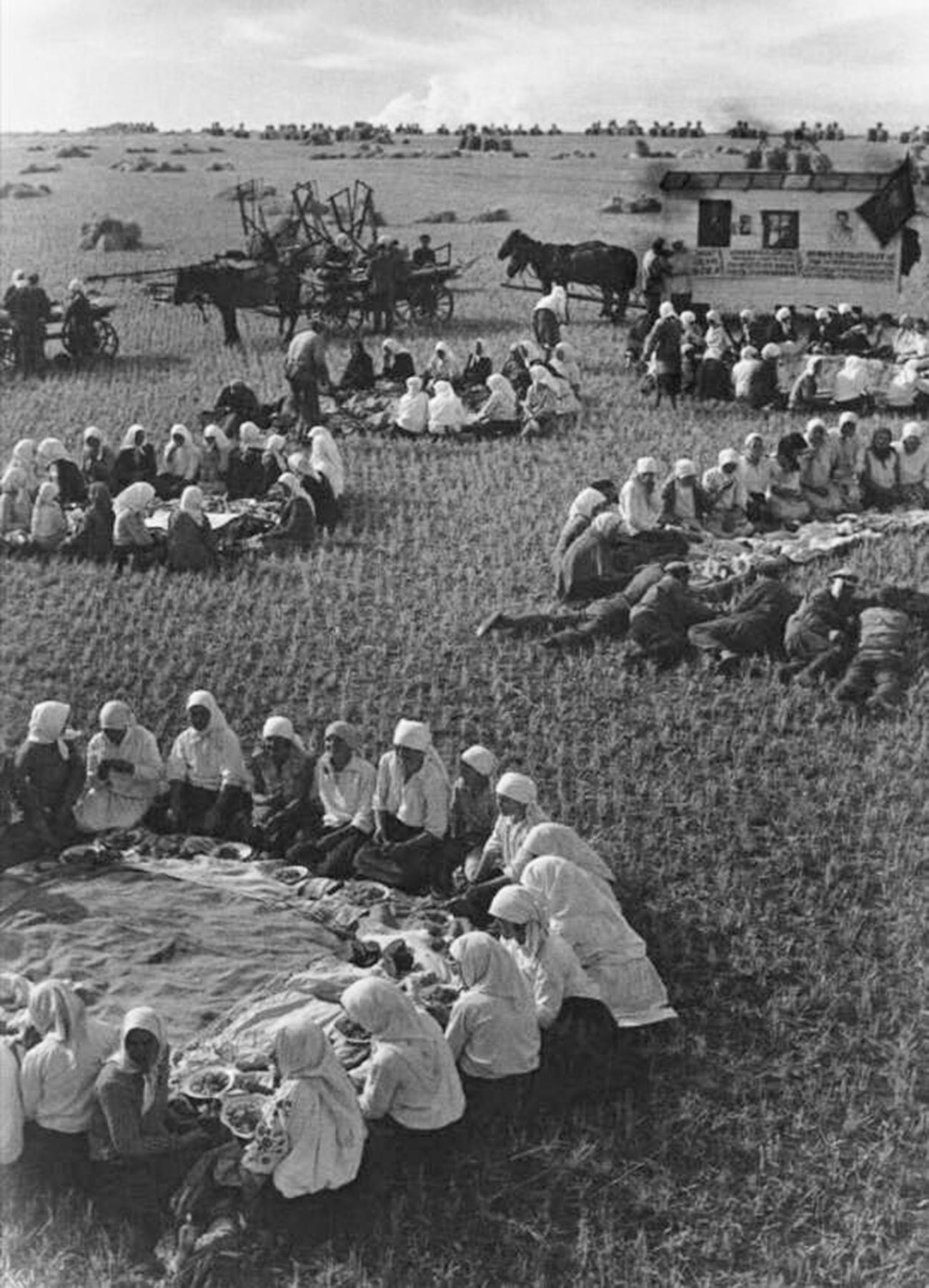 This photo of striking depth and balanced composition shows farmers feasting during a lunch break of a working day. Petrusov took this picture in 1934. Considering the lasting devastating effect of the Soviet famine of 1932-1933, the staged picture is not very representative of the time it was meant to capture. It is a great example of Soviet propaganda, though. 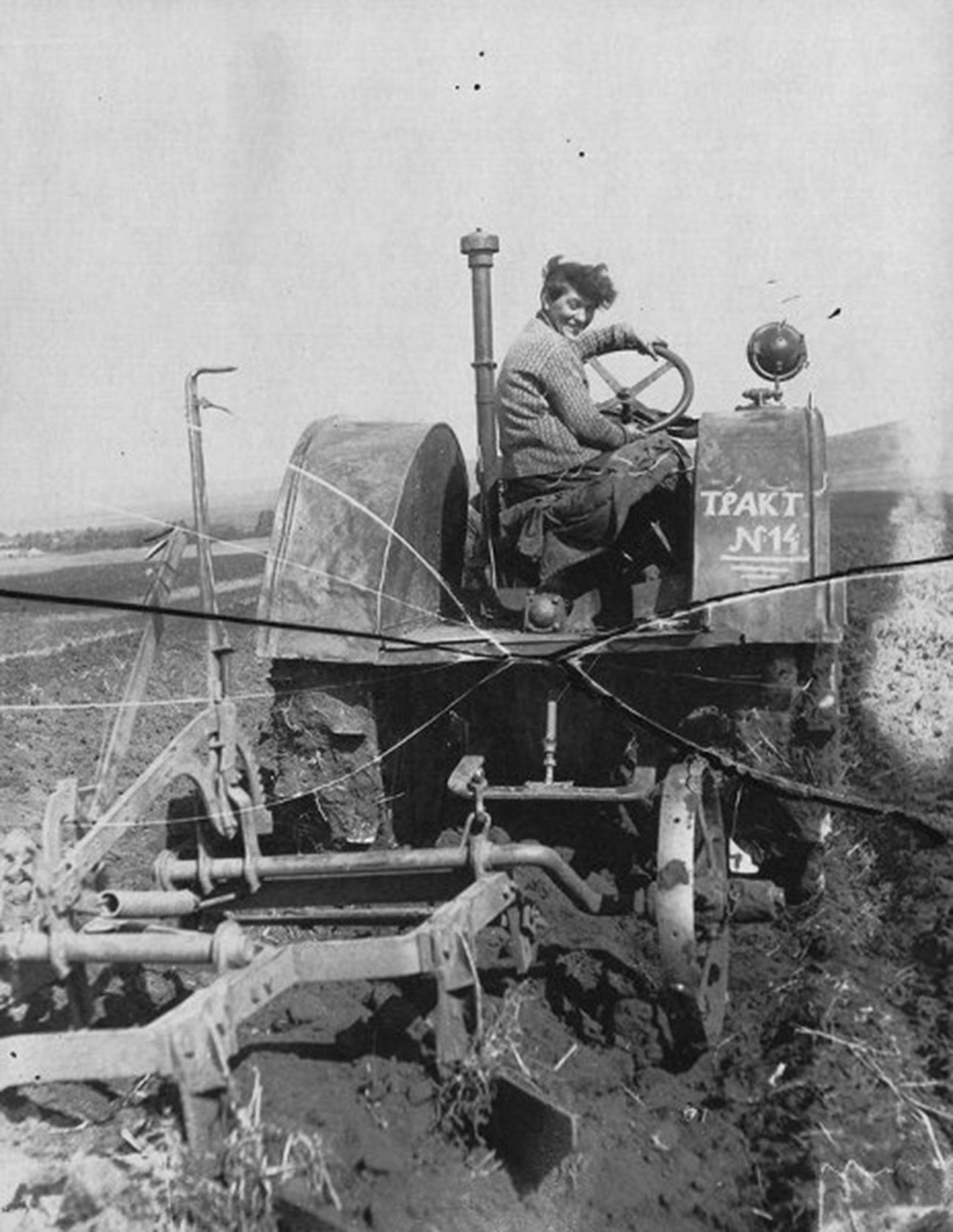 This picture by celebrity Soviet photographer Yevgeny Khaldei, famous for taking the iconic photograph of a Soviet soldier raising the flag of the USSR over the Reichstag, depicts Praskovya Angelina, a celebrated worker recognized as one of the first female tractor-operators in the country. Angelina went on to become a symbol of the technically educated Soviet female workers in the USSR. 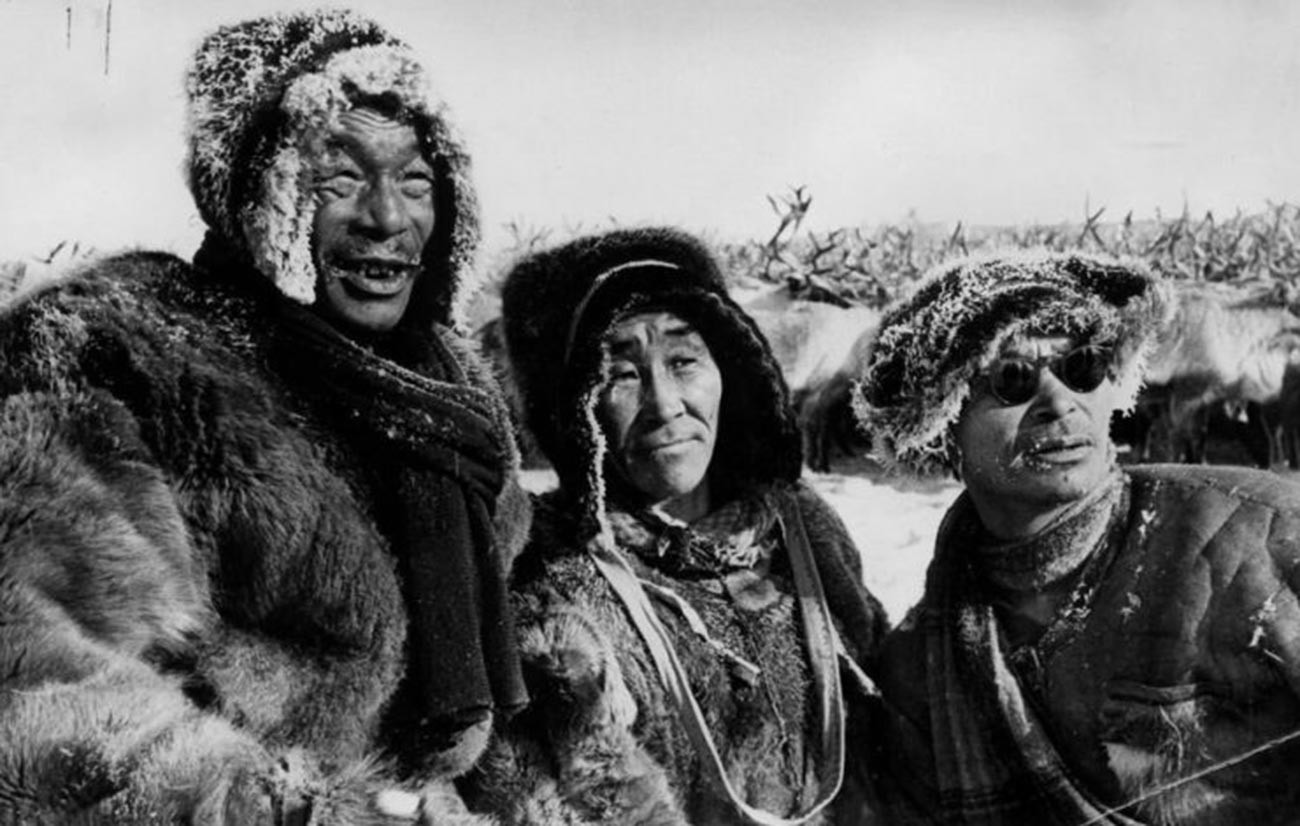 This photo of deer herders was captioned by Varfolomey Teterin, who was a well-known influential photographer working for the Soviet regime. Employed by the Central Committee of the Communist Party, Teterin could afford to bend rules and regulations, if it meant he could stage a great picture. The Russian North was the photographer’s main territory. 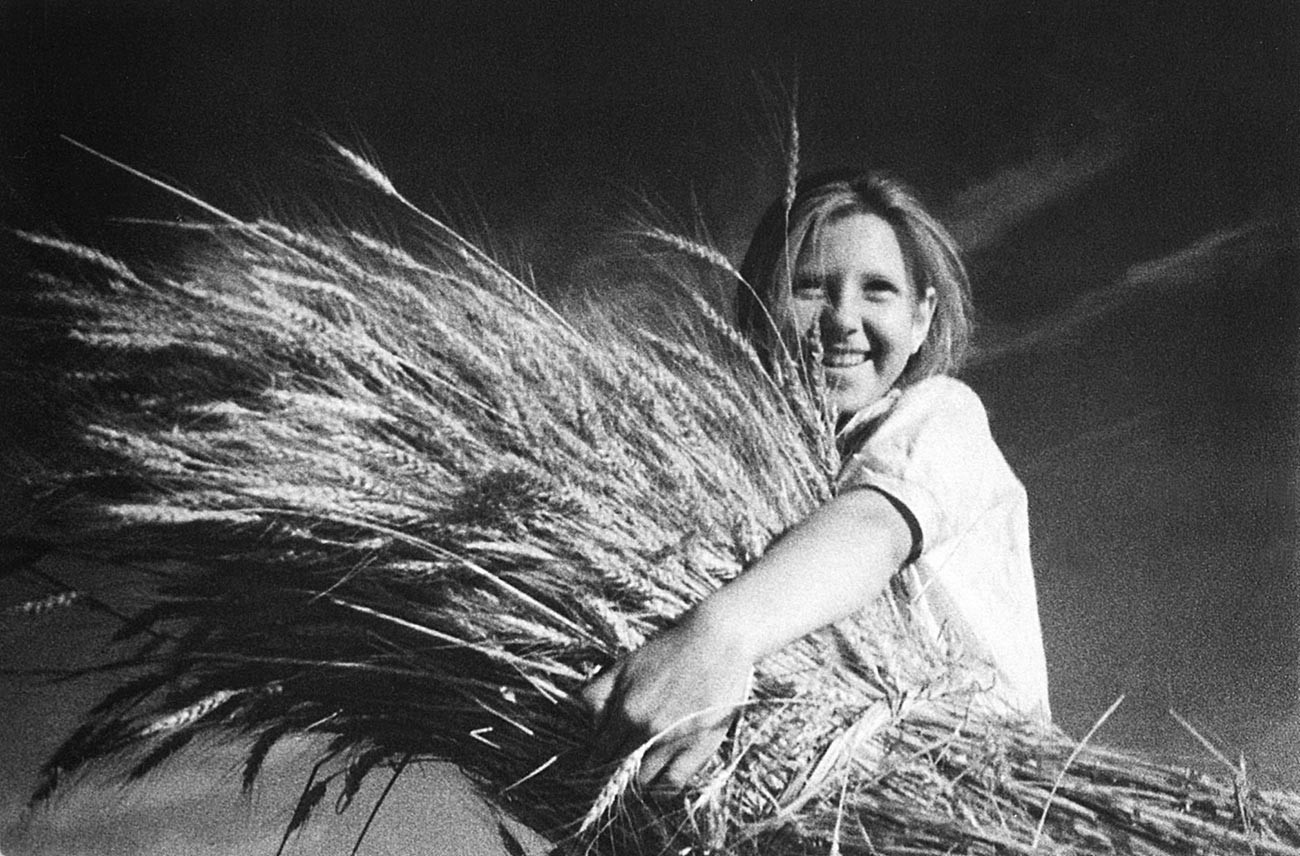 This photo of a happy female farmworker — titled ‘New harvest’ — was taken by Ivan Shagin, who would later become a war photographer and one of the leading experts in color photography in the USSR. 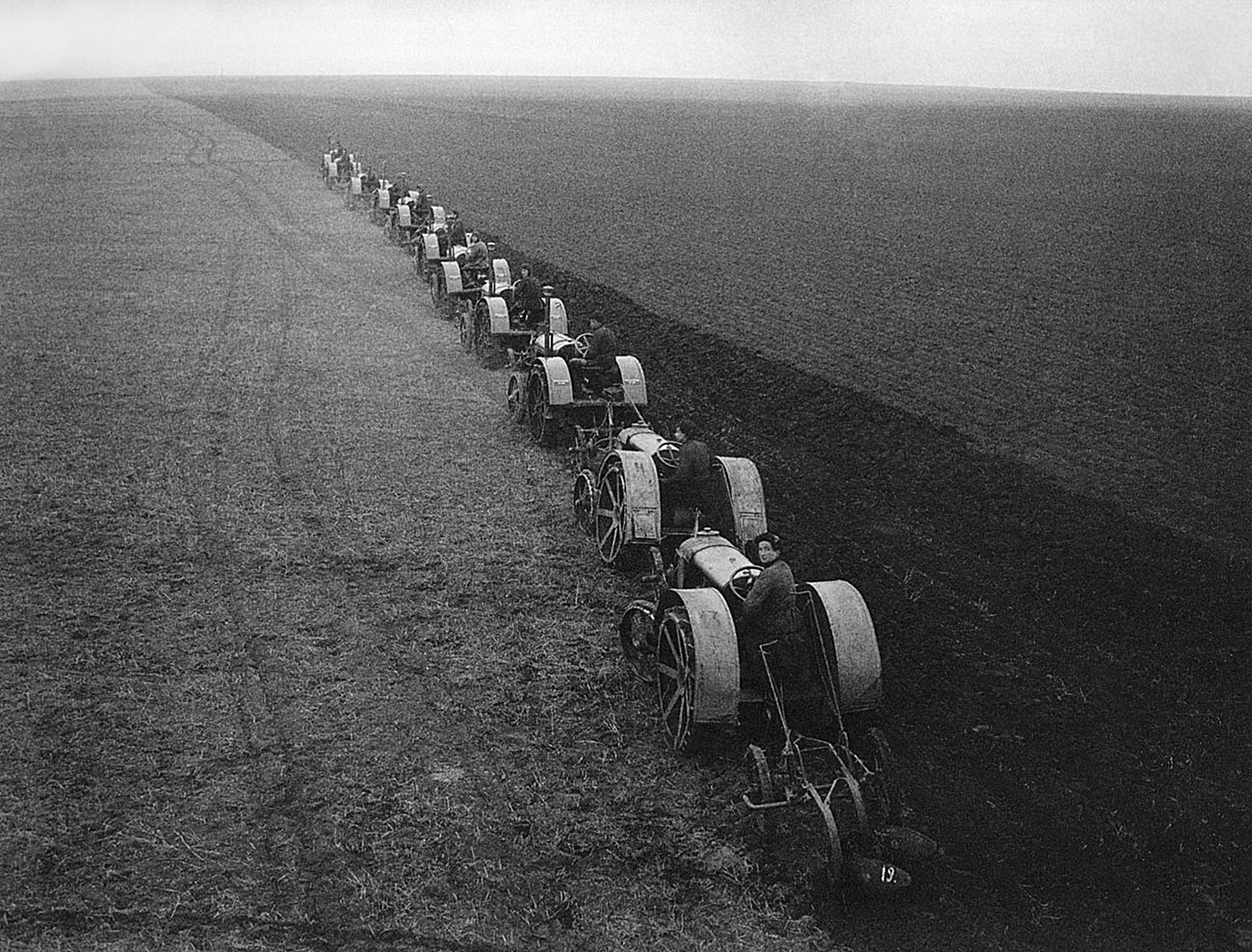 Shagin also took this staged, but also aesthetically pleasing, photograph of a row of tractors working a field. 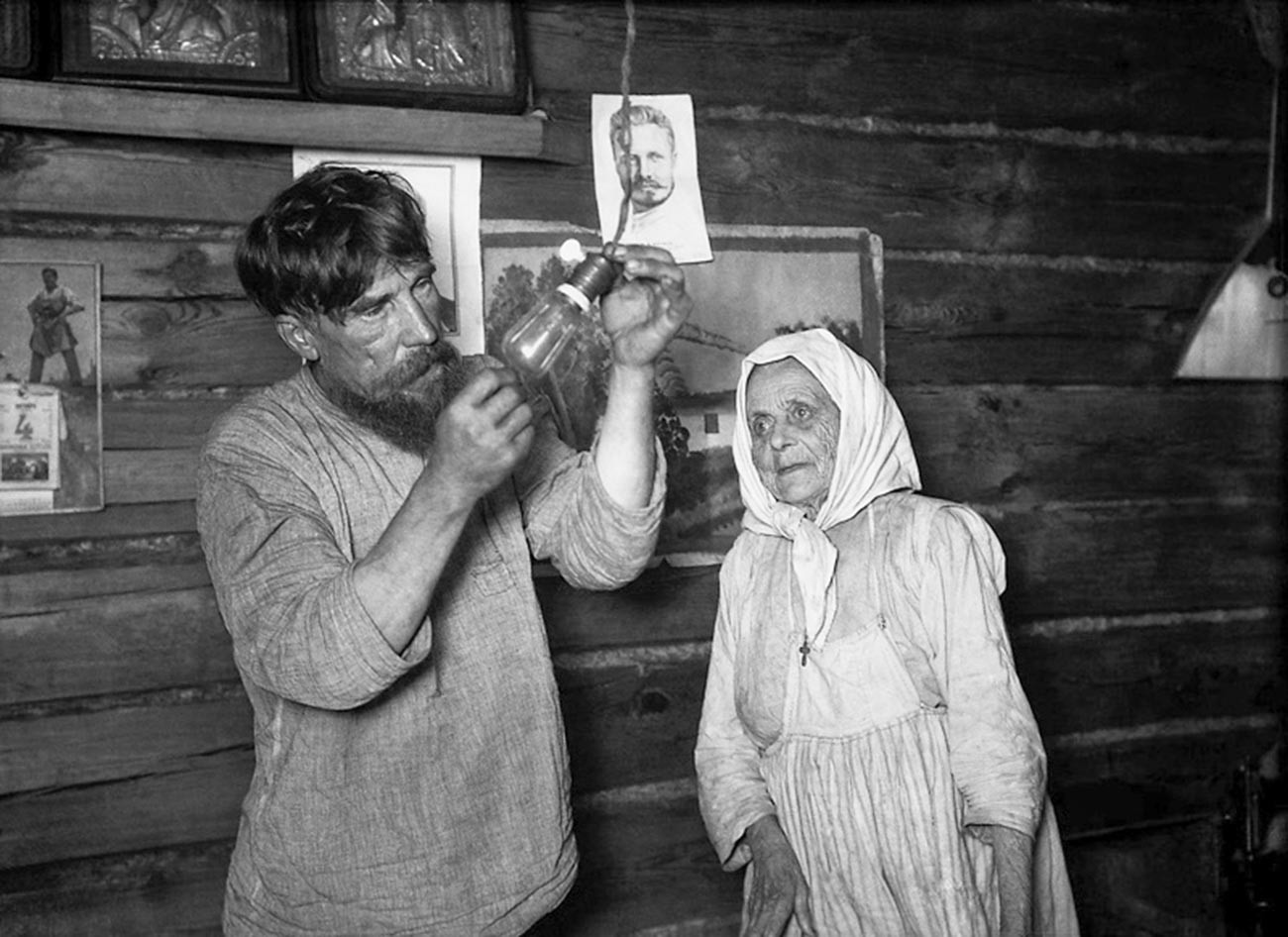 Arkady Shaikhet is exactly known for his body of work about Soviet industrialization in the 1920s and 1930s. His photo titled ‘Ilyich’s Light Bulb’, showing a peasant family examining a novel bulb that was meant to significantly improve their lives, became symbolic. 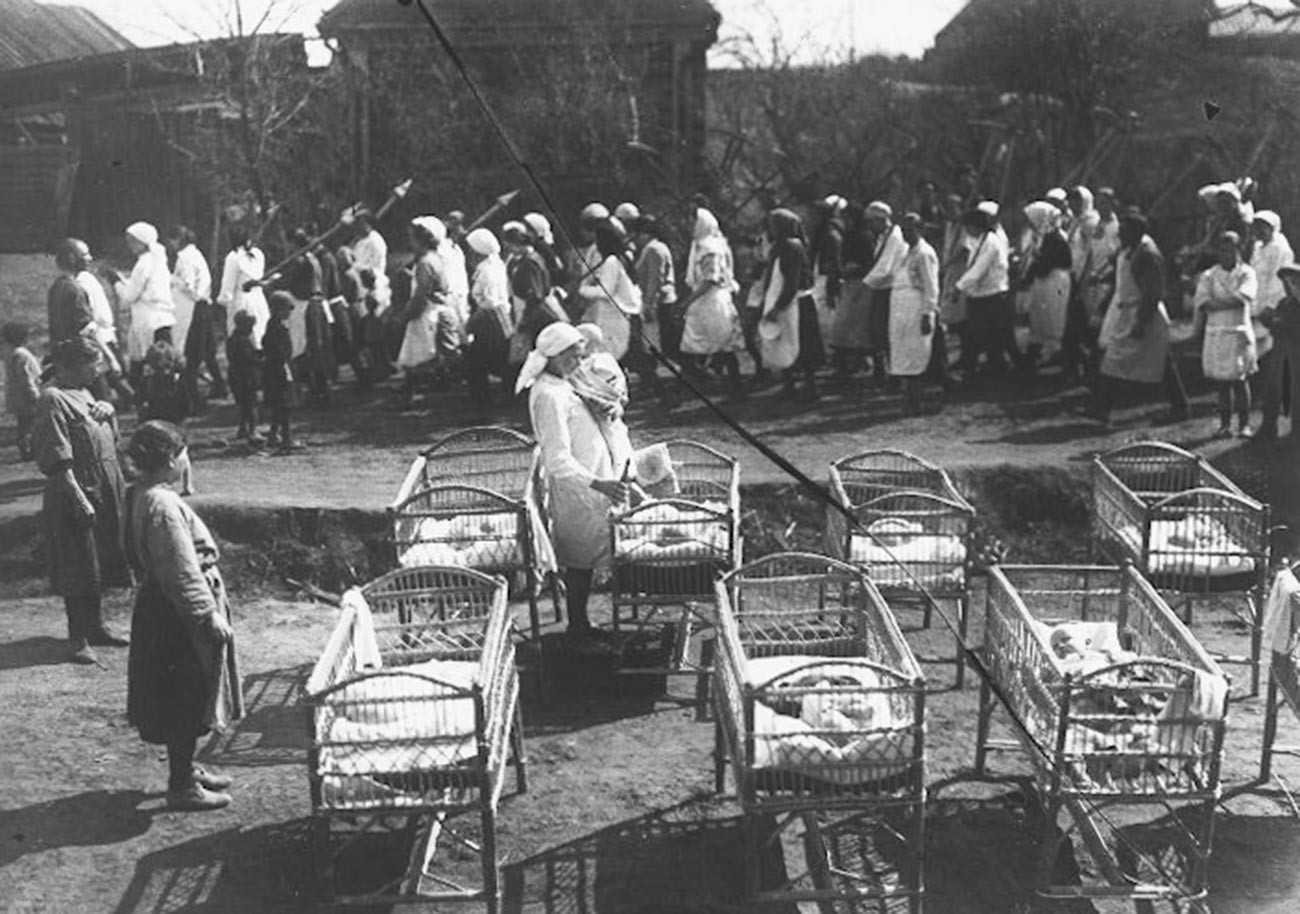 This photo pictures a cycle of life on a Soviet collective farm, where adults work for the good of their infants and the bright future of the new generation of Soviet people. 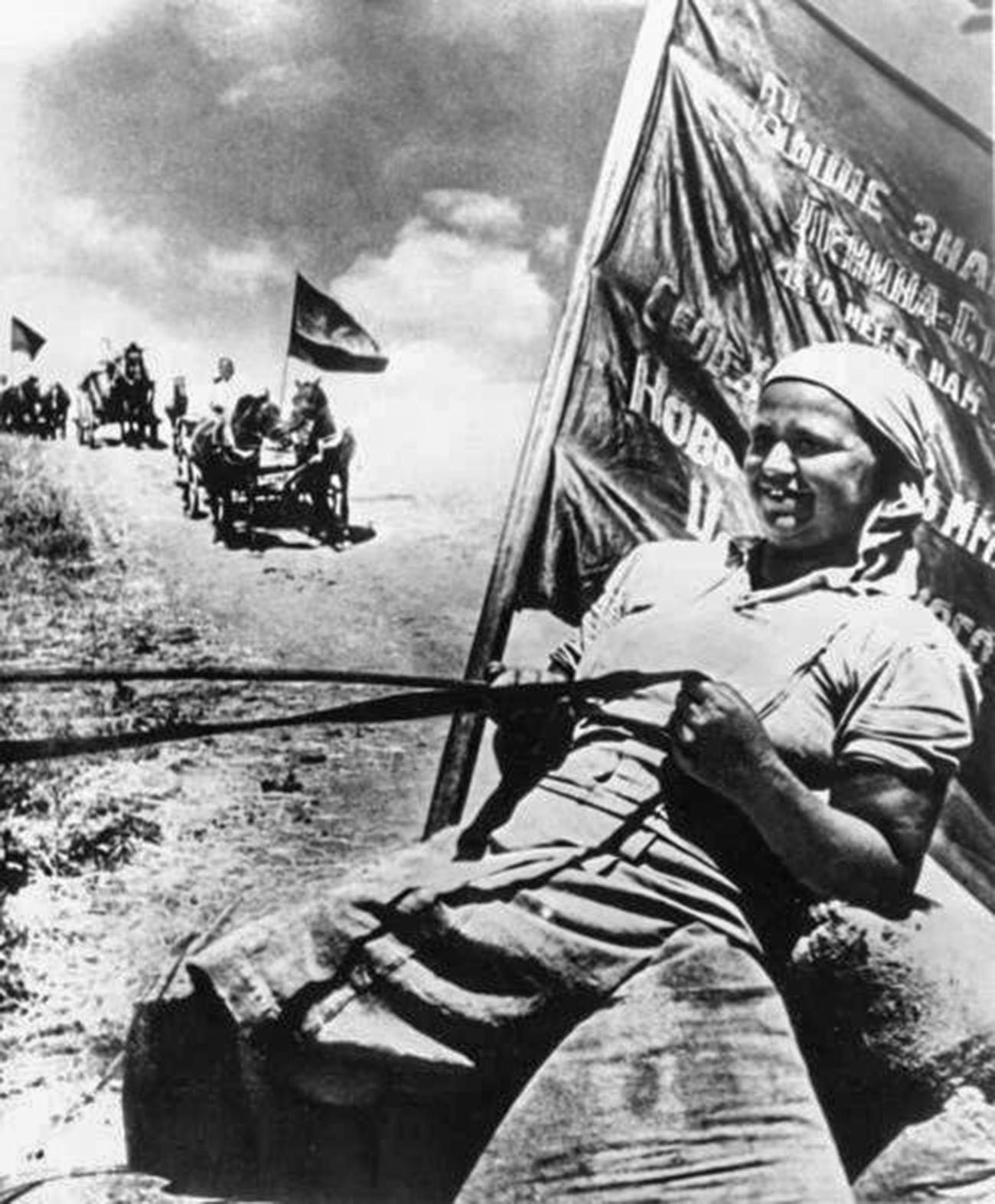 Photographer Arkady Shishkin documented life on Soviet collective farms and in rural areas. He photographed portraits of peasants, aspects of rural life, animals, etc. Some of his photos — like this one titled ‘The crop must be harvested on time’ — advanced the cause of Soviet propaganda. 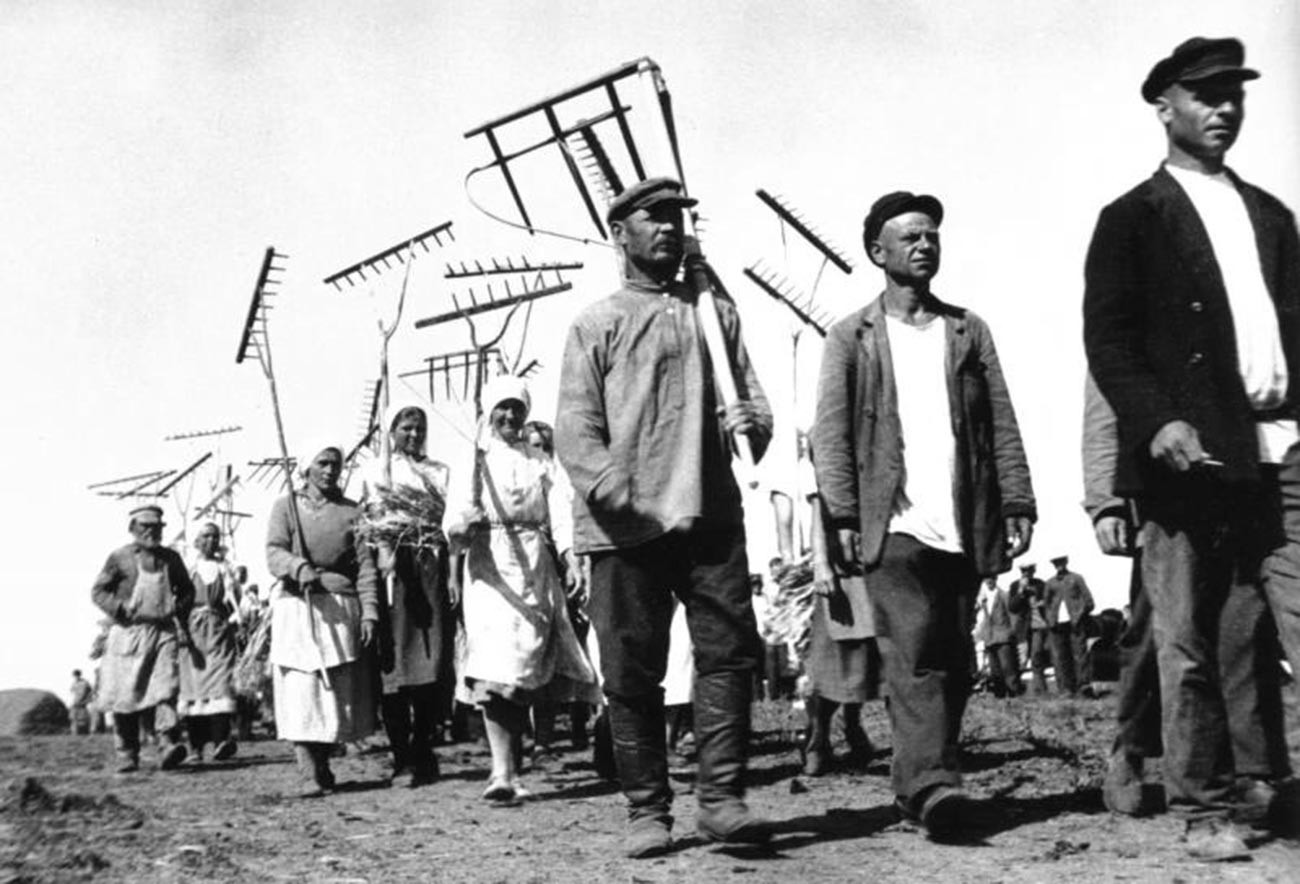 This photograph by Shishkin shows Soviet peasants going to work on a field. 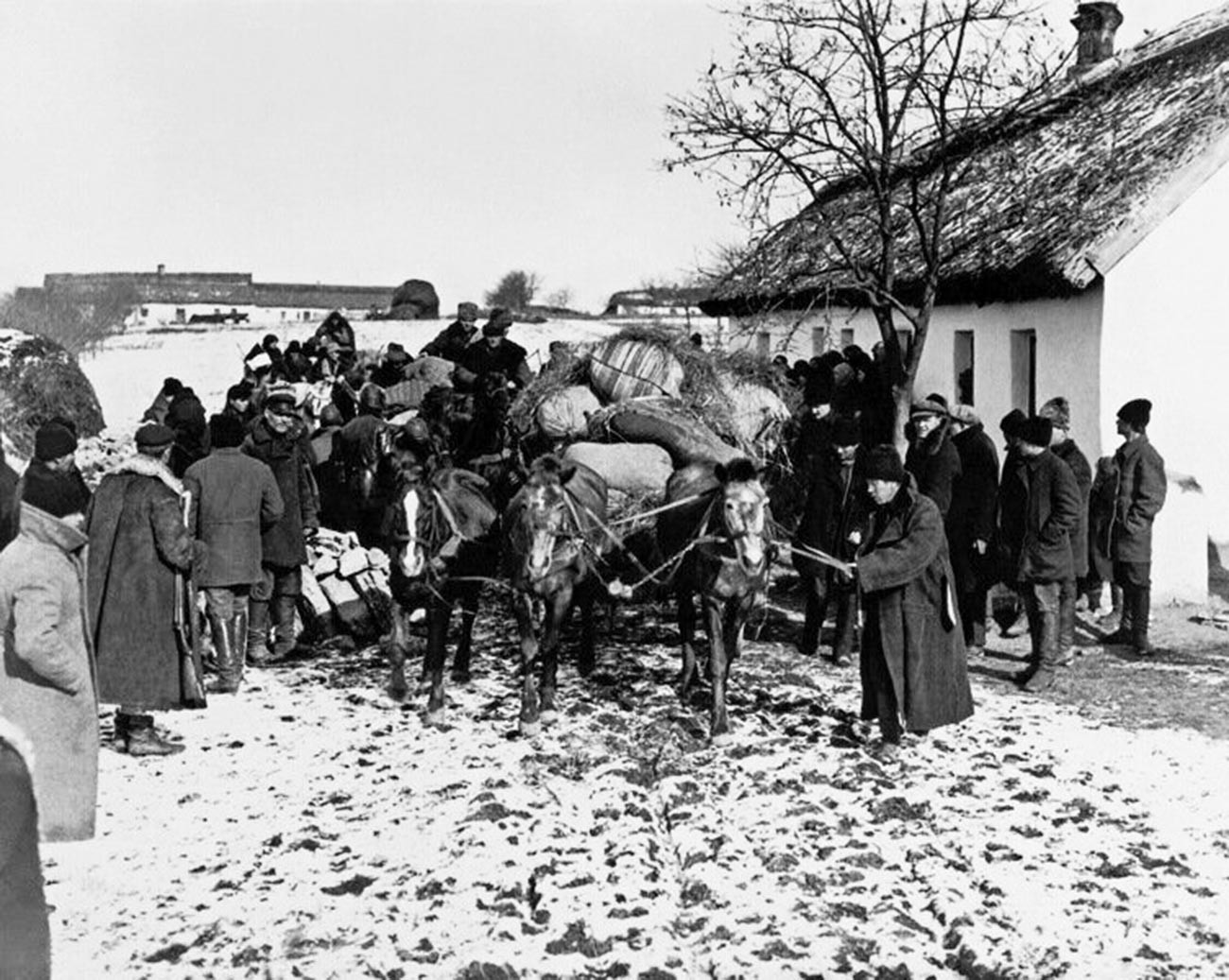 Here, workers of a collective farm expel a kulak — a derogatory term that refers to a prospering peasant owning private property and reluctant to embrace the changes brought up by the Russian Revolution. 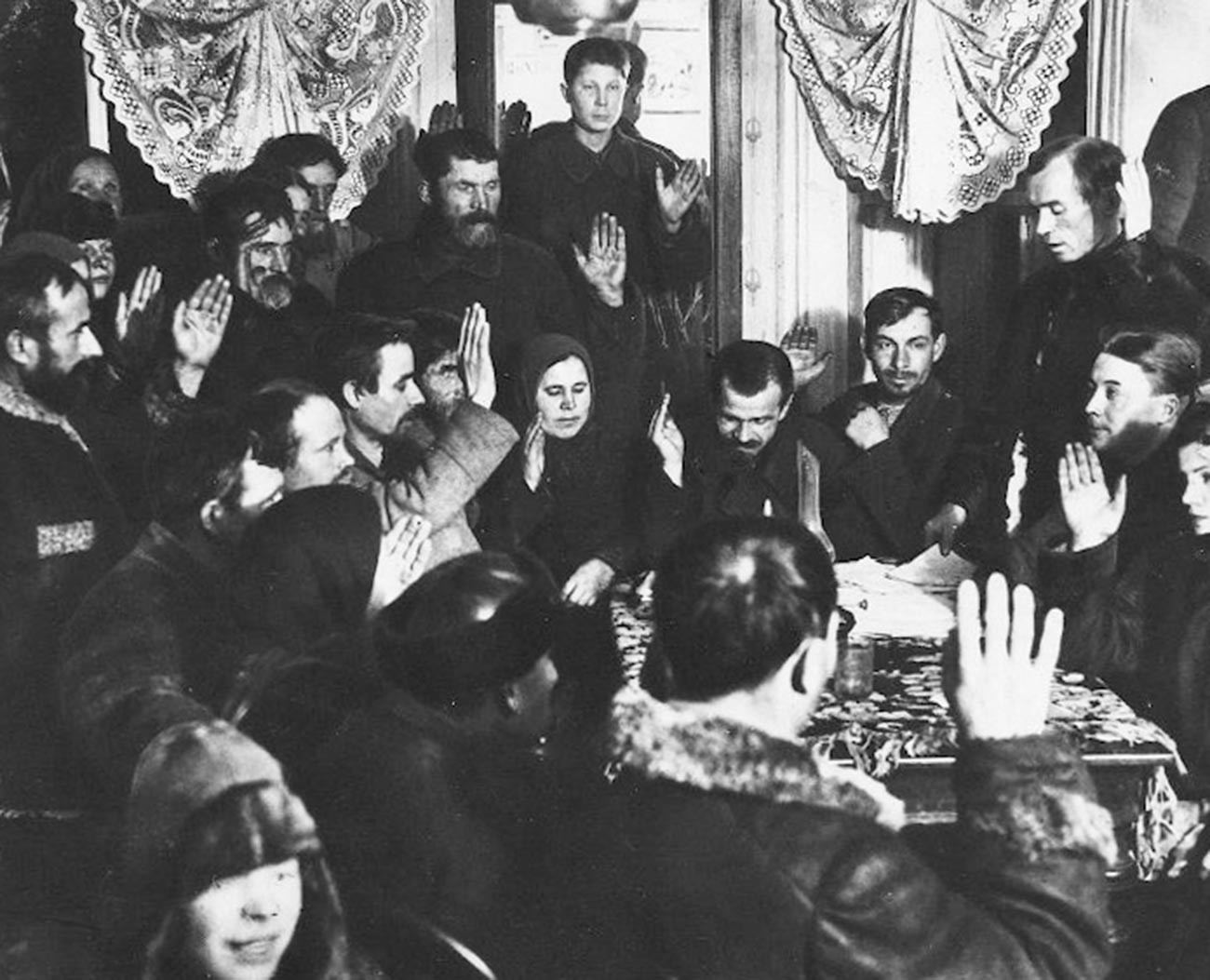 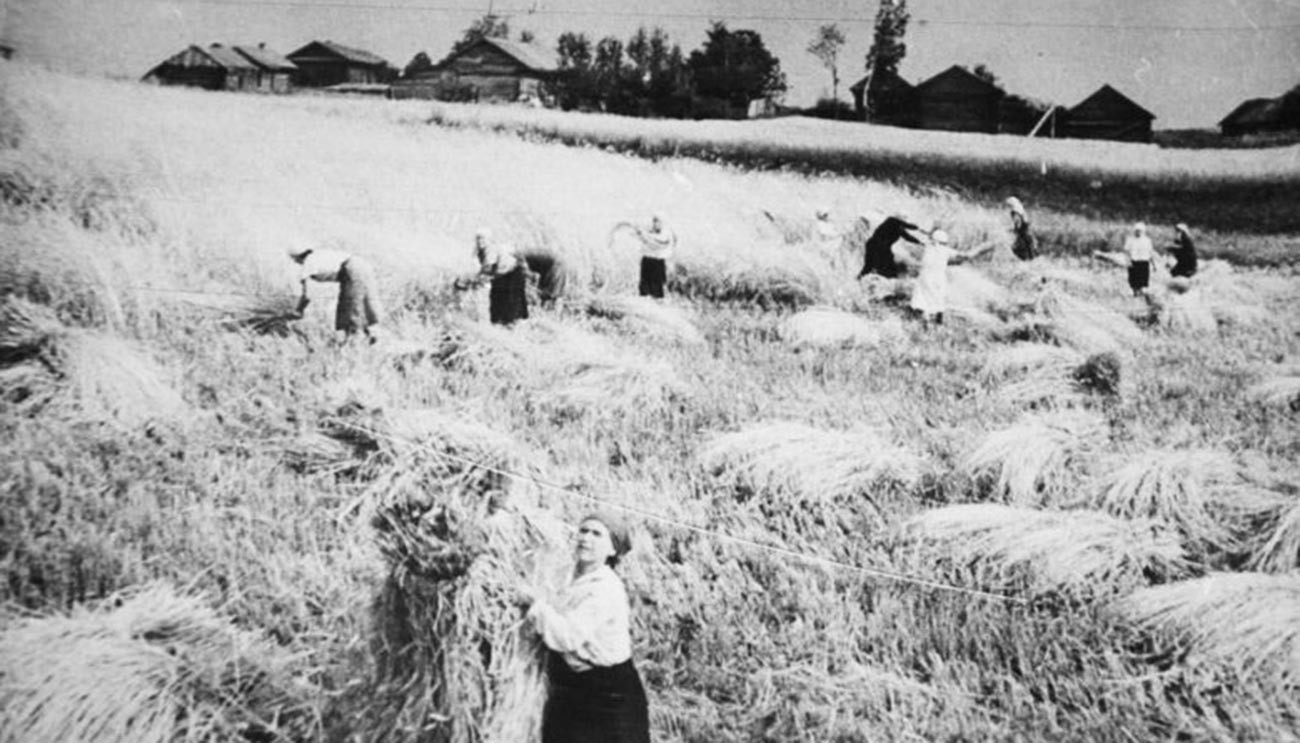 This picture of women harvesting crops was taken by photographer Anatoly Skurikhin. 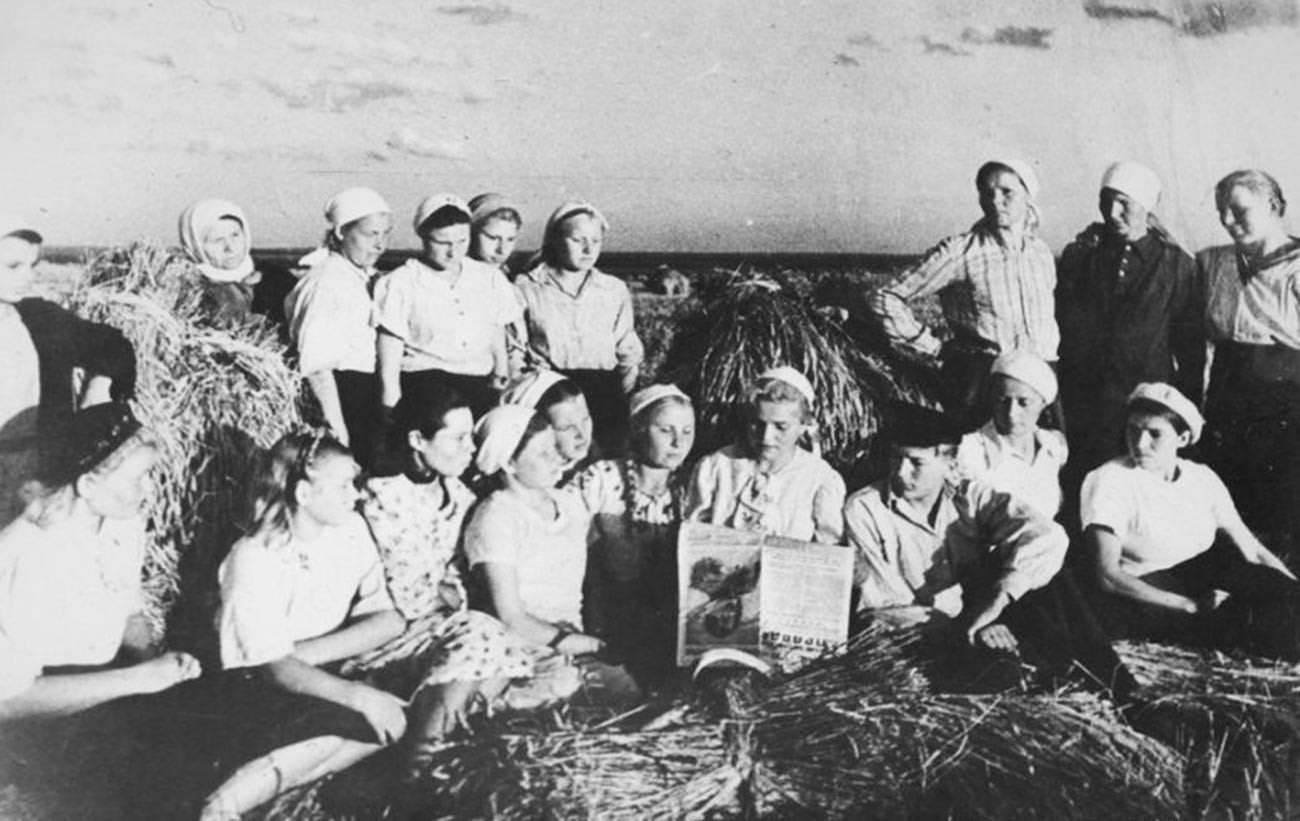 And finally, this photo shows workers women reading a Soviet newspaper in a field.

Click here to find out more about the most ICONIC Soviet photographers.