Who in reality was the Soviet traitor in the new Cumberbatch spy thriller? 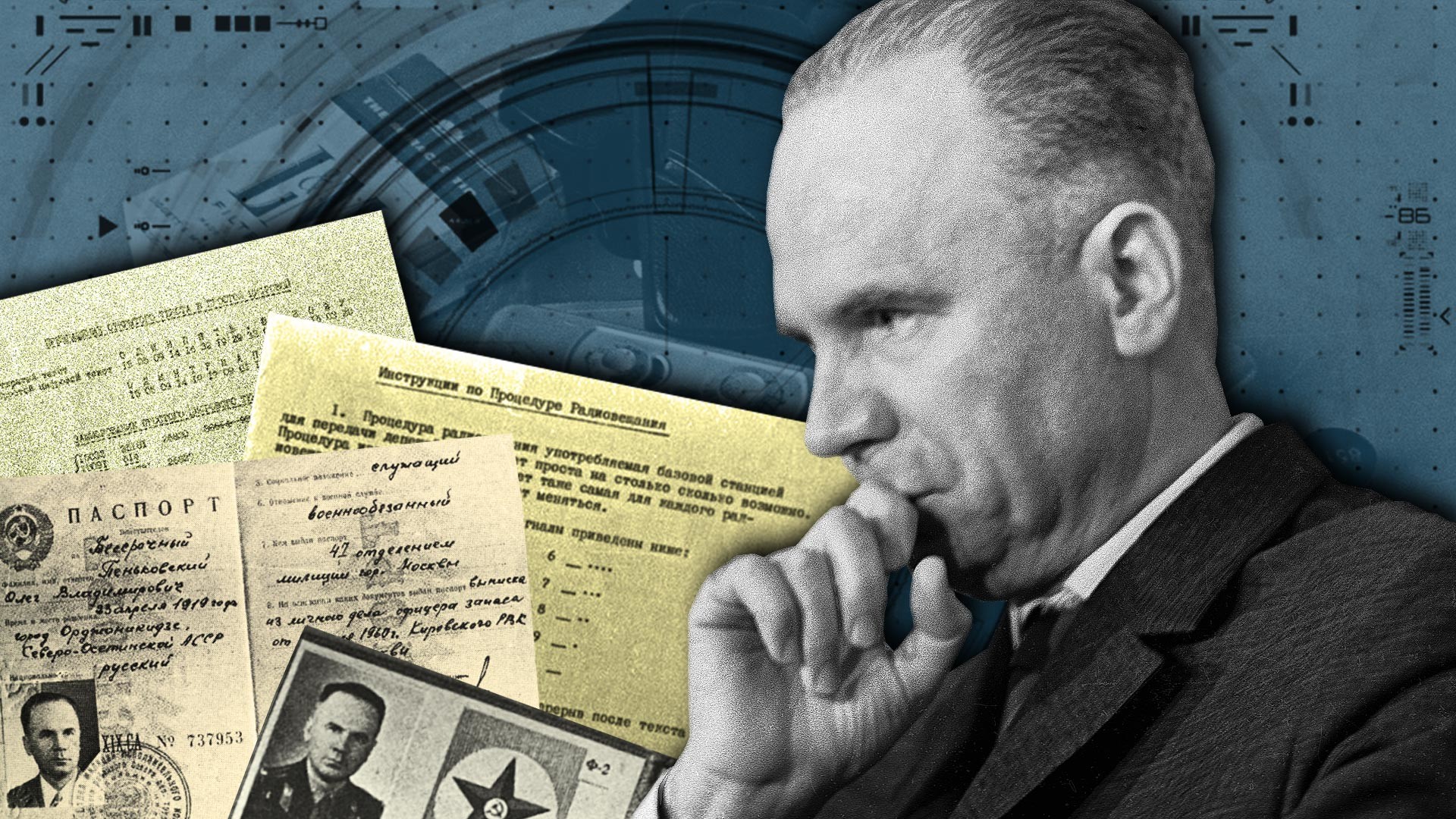 Evgeny Tikhanov, Boris Prikhodko/Sputnik; Central Intelligence Agency; Russia Beyond
Soviet intelligence colonel Oleg Penkovsky stopped at nothing in pursuit of his dream to live in the United States.

On March 19, 2021, after a COVID-induced delay, the new historical thriller The Courier, starring Benedict Cumberbatch, had its world premiere. The film tells the story of Oleg Penkovsky, one of the most famous Cold War traitors, and his contact, Greville Wynne (played by the British actor).

Why do many consider Colonel Penkovsky, a member of the Main Intelligence Directorate (GRU) of the General Staff of the Soviet Armed Forces, to be the West’s most important mole inside the Soviet Union in the entire history of the Cold War?

A tale of three intelligence services 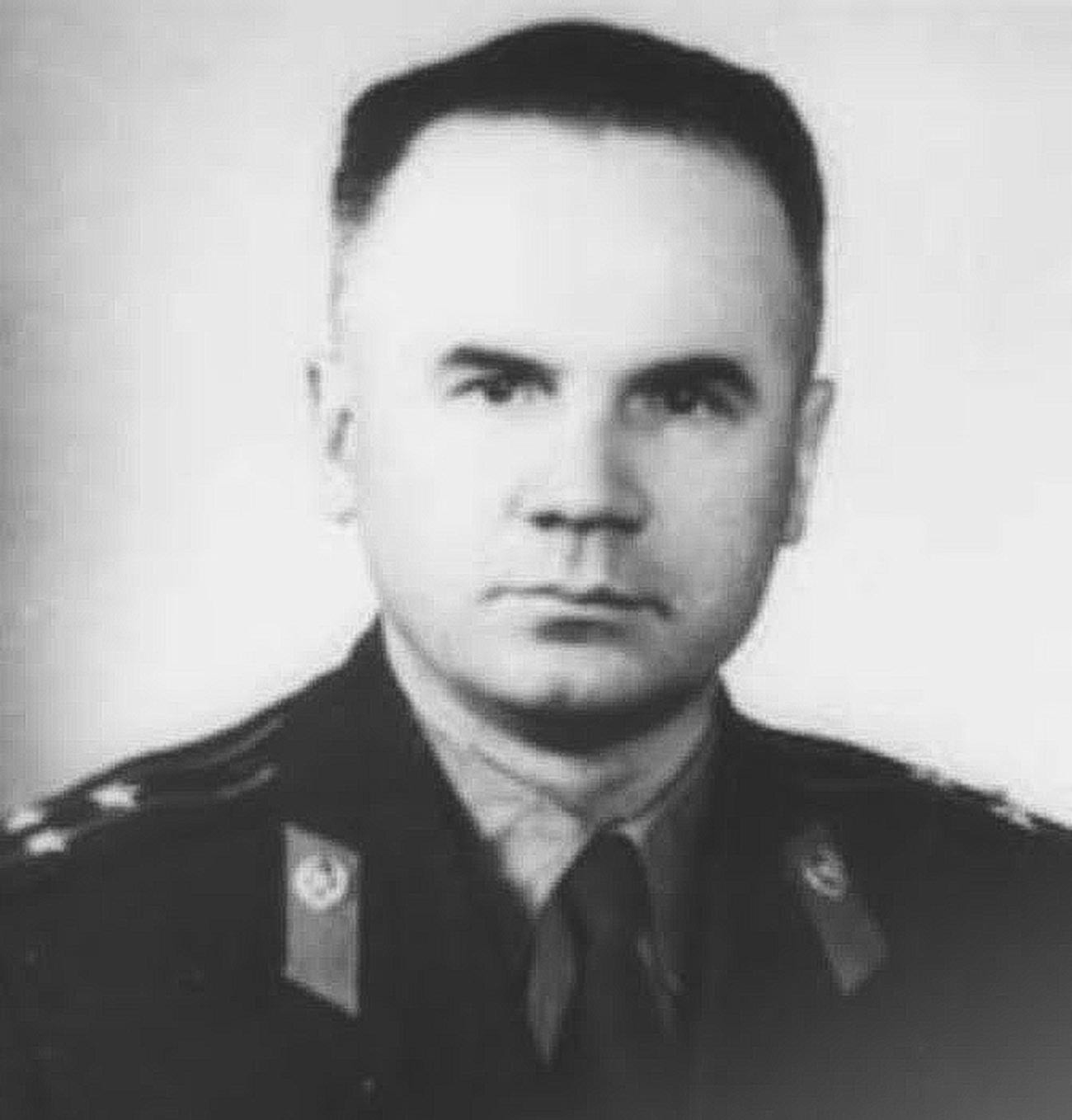 “You can be sure of my devotion, dedication and determination in fighting for your (and now my) cause. You will remember me kindly, I will win your recognition,” wrote Oleg Penkovsky in a secret message to Queen Elizabeth II, U.S. President Dwight Eisenhower and ten leading Western politicians.

This was one of several letters drafted by the GRU colonel in the summer of 1960 for the eyes of the CIA and MI6, along with Soviet military secrets. In this way, the high-ranking Soviet officer made overtures to the Western special services. 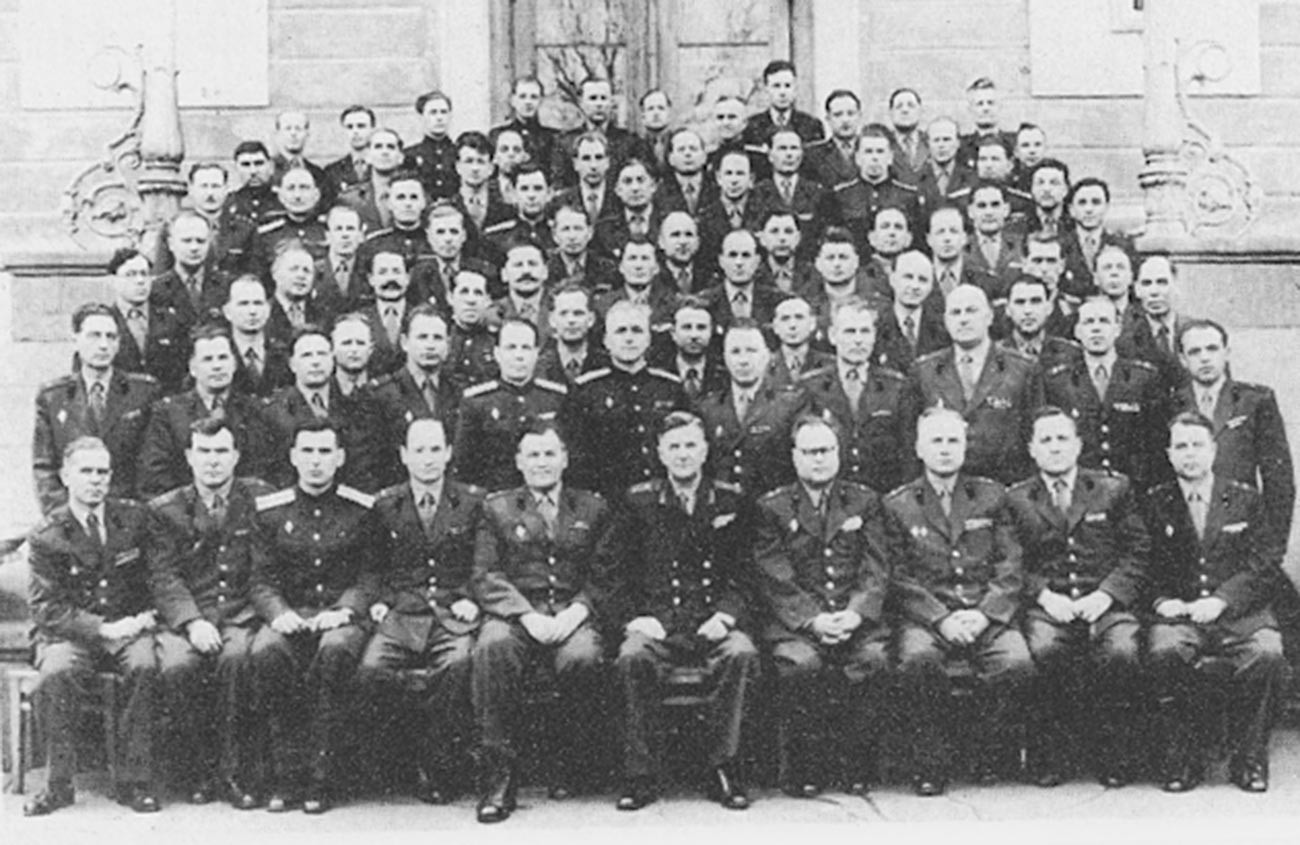 Graduating class of the Dzerzhinzkiy Artillery Engineering Academy in the USSR in 1960; Oleg Penkovskiy is the third from right in the front row.

In his own words, it took Penkovsky three years to comprehend everything and become “a soldier in the fight for Truth, for the ideals of a genuine free World and Democracy for Humankind.”

Several times he reached out to the West: through U.S. tourists in Moscow and British businessman Greville Wynne, who had links with British intelligence.

Since Oleg Penkovsky offered his services to both the Americans and the British, the CIA and MI6 developed him jointly. During a trip to London in April 1961, the Soviet colonel held a series of meetings with his new handlers and received special equipment, including a Minox portable camera. 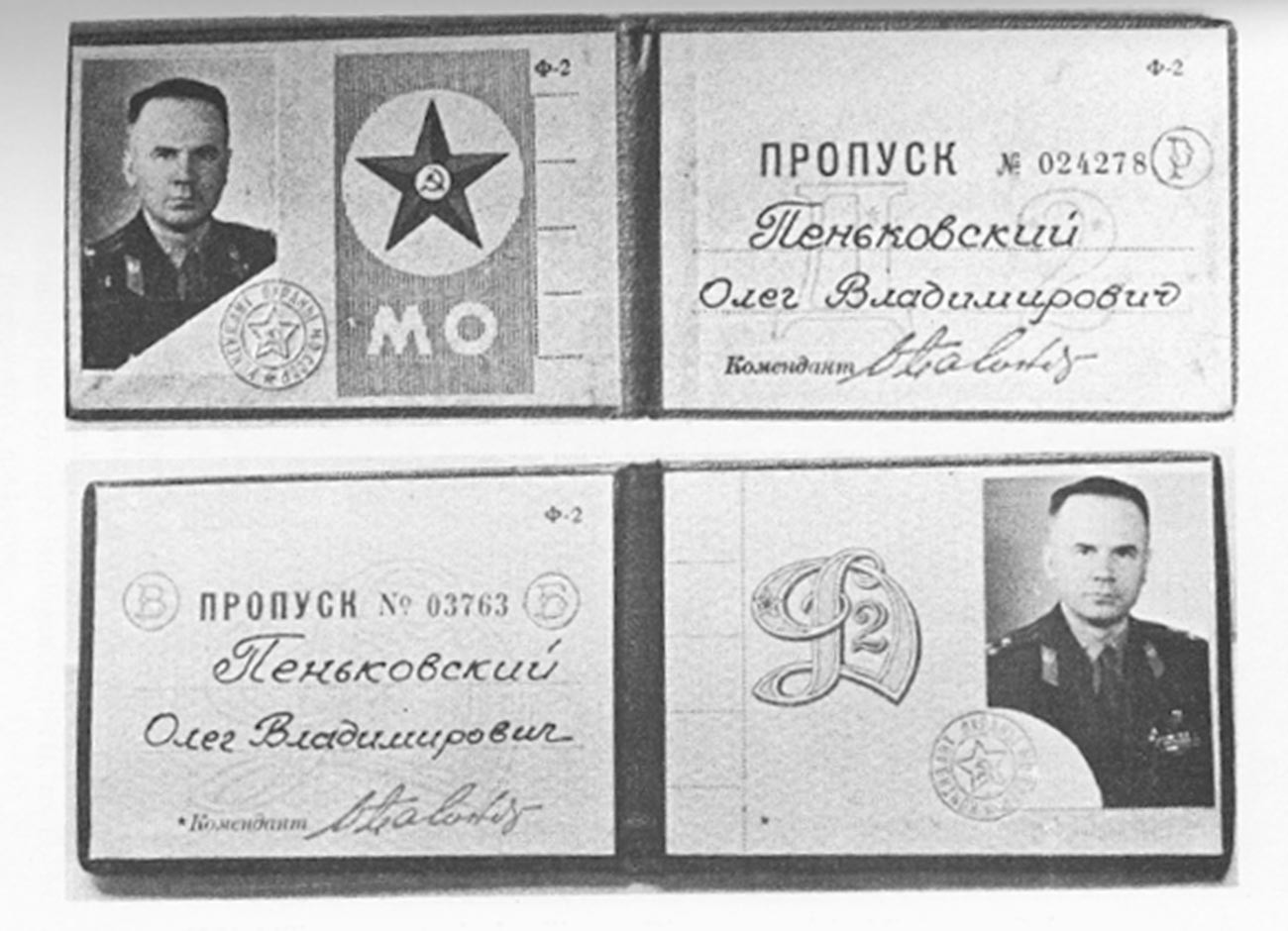 Colonel Oleg Penkovskiy's military pass to the buildings of the General Staff and Ministry of Defense in Moscow.

For his services, Penkovsky requested U.S. or UK citizenship, as well as a senior position in the special services of his adopted country. He was allowed to try on and be photographed in the uniform of American and British intelligence officers.

As deputy head of the Foreign Relations Department of the State Committee for the Coordination of Scientific Research under the USSR Council of Ministers, Penkovsky had an opportunity to travel on trips abroad, which he used to meet with his new Western colleagues. 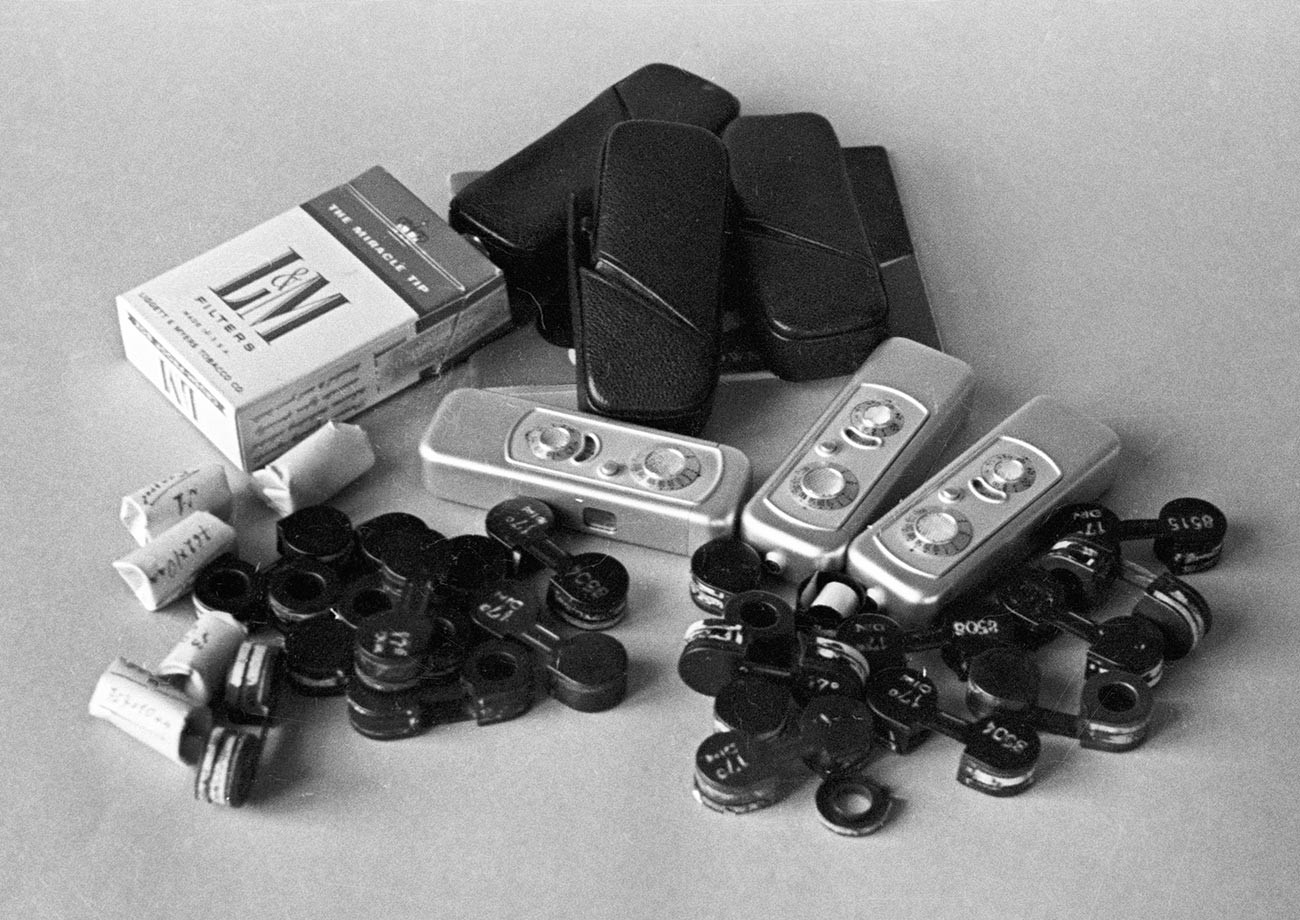 In Moscow, his main channel of communication was a man called Greville Wynne, who often visited the USSR on “trade matters.” Besides Wynne, ten other U.S. and British agents — all embassy employees — contacted Penkovsky.

Over the course of his espionage career, Oleg Penkovsky inflicted enormous damage on the Soviet Union. He succeeded in transferring to the West 111 Minox films with 5,500 top-secret Soviet military documents, totaling 7,650 pages. The transcript of his conversations with MI6 and the CIA ran to 1,200 pages of typewritten text. He revealed the identities of hundreds of Soviet agents in the West, and some of his intel about the Kremlin’s plans landed directly on the desk of President John F. Kennedy. 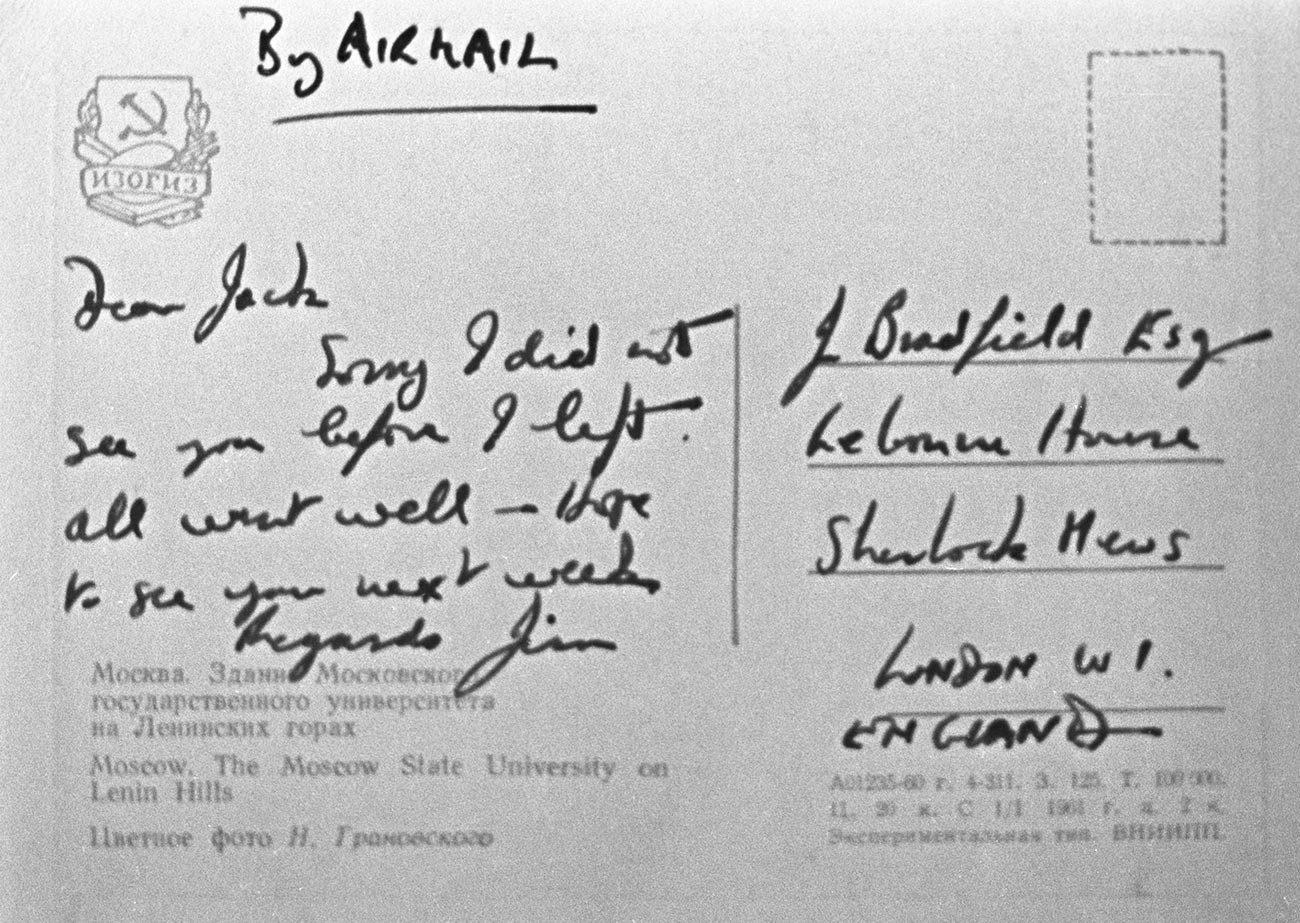 The technical information provided by Penkovsky about various Soviet ballistic missiles proved very useful to the Americans during the Cuban Missile Crisis of 1962. Thanks to its mole, Washington knew exactly what kind of missiles Khrushchev had deployed to “Liberty Island” and what they were capable of. However, the colonel did not have time to enjoy the gratitude of the United States. On October 22, at the peak of the crisis, he was arrested by the KGB.

The KGB had been watching Penkovsky for almost a year before it pounced. Operatives had seen him in the company of British embassy employee ​​Janet Chisholm, who herself was suspected of espionage. 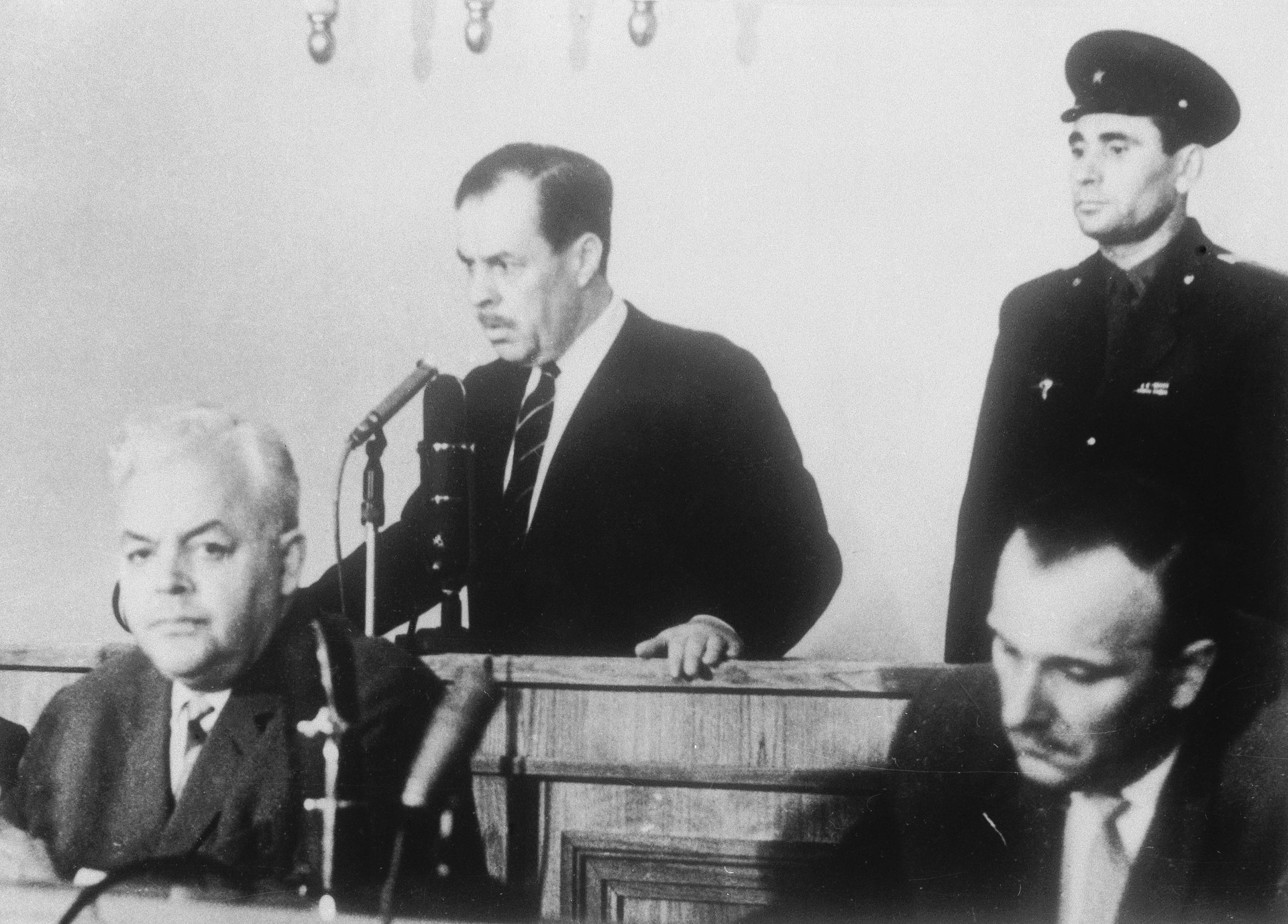 Throughout 1962, the KGB surveilled the colonel, identified his contacts, tactfully questioned his colleagues at work, and secretly searched the suspected spy’s apartment. Operational matters in the Penkovsky case were supervised personally by the head of the KGB, Vladimir Semichastny.

“In the affair of the traitor Penkovsky and his associate Wynne, it was established that the carelessness, political myopia and irresponsible chatter of some military personnel with whom Penkovsky met and drank directly facilitated his criminal activities,” wrote the head of the KGB Investigative Department, Nikolai Chistyakov. “But there was something else too. Penkovsky was surrounded not only by drinking buddies and airheads, but also by shrewd, perceptive types. Their signals about Penkovsky’s excessive inquisitiveness regarding matters not directly related to him, as well as his suspicious behavior, allowed our officers to expose this dangerous criminal.” 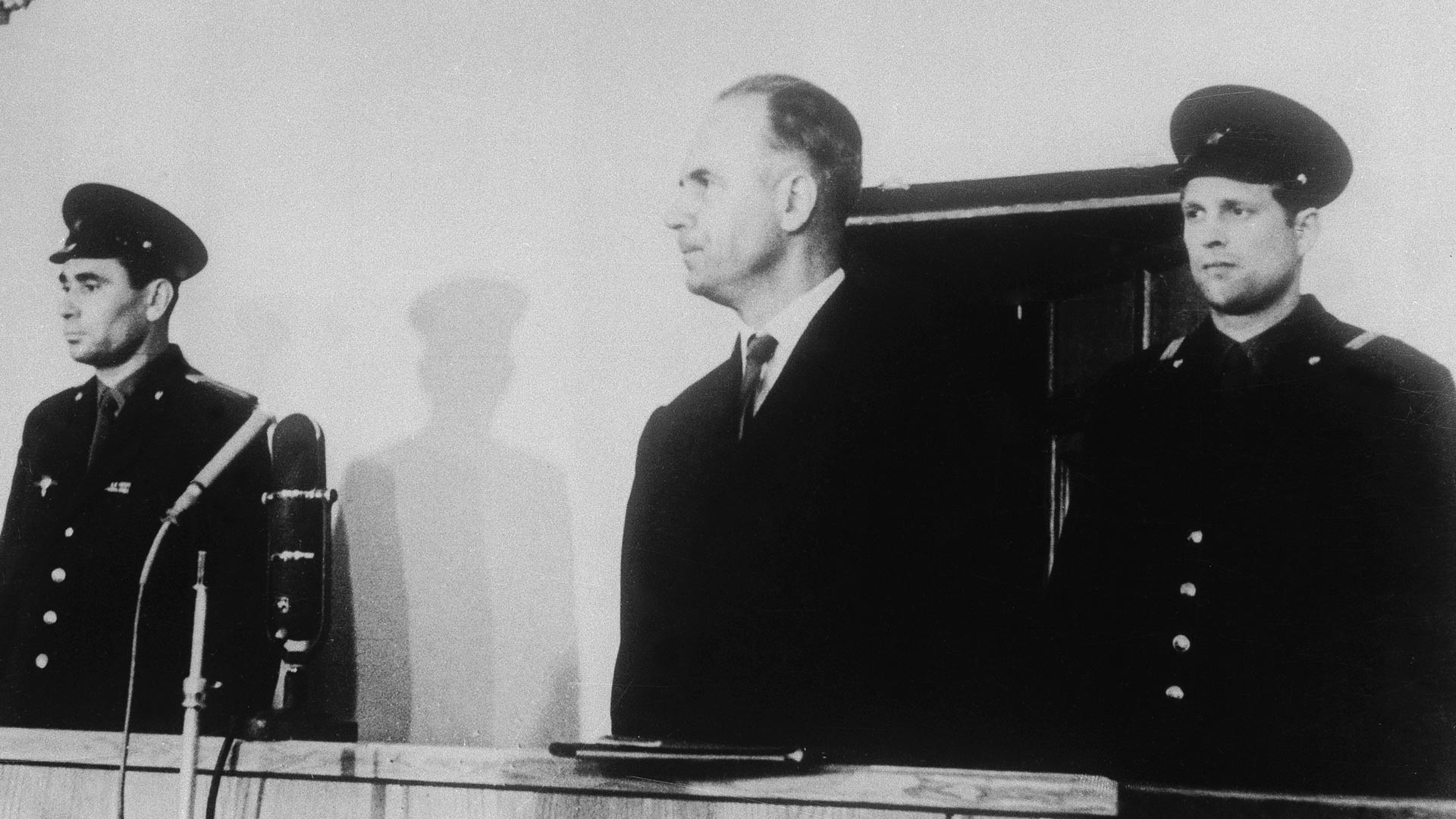 The trial of Oleg Penkovsky.

Greville Wynne was detained in Budapest ten days after Penkovsky’s arrest, and taken to Moscow. A court sentenced him to eight years in prison for espionage, but in April 1964 he was exchanged for Soviet intelligence officer Konon Molodoy, who had been detained in Britain.

As for Oleg Penkovsky, he was less fortunate. Despite his candid confessions and total willingness to cooperate with the investigation, he was shot for treason on May 16, 1963.