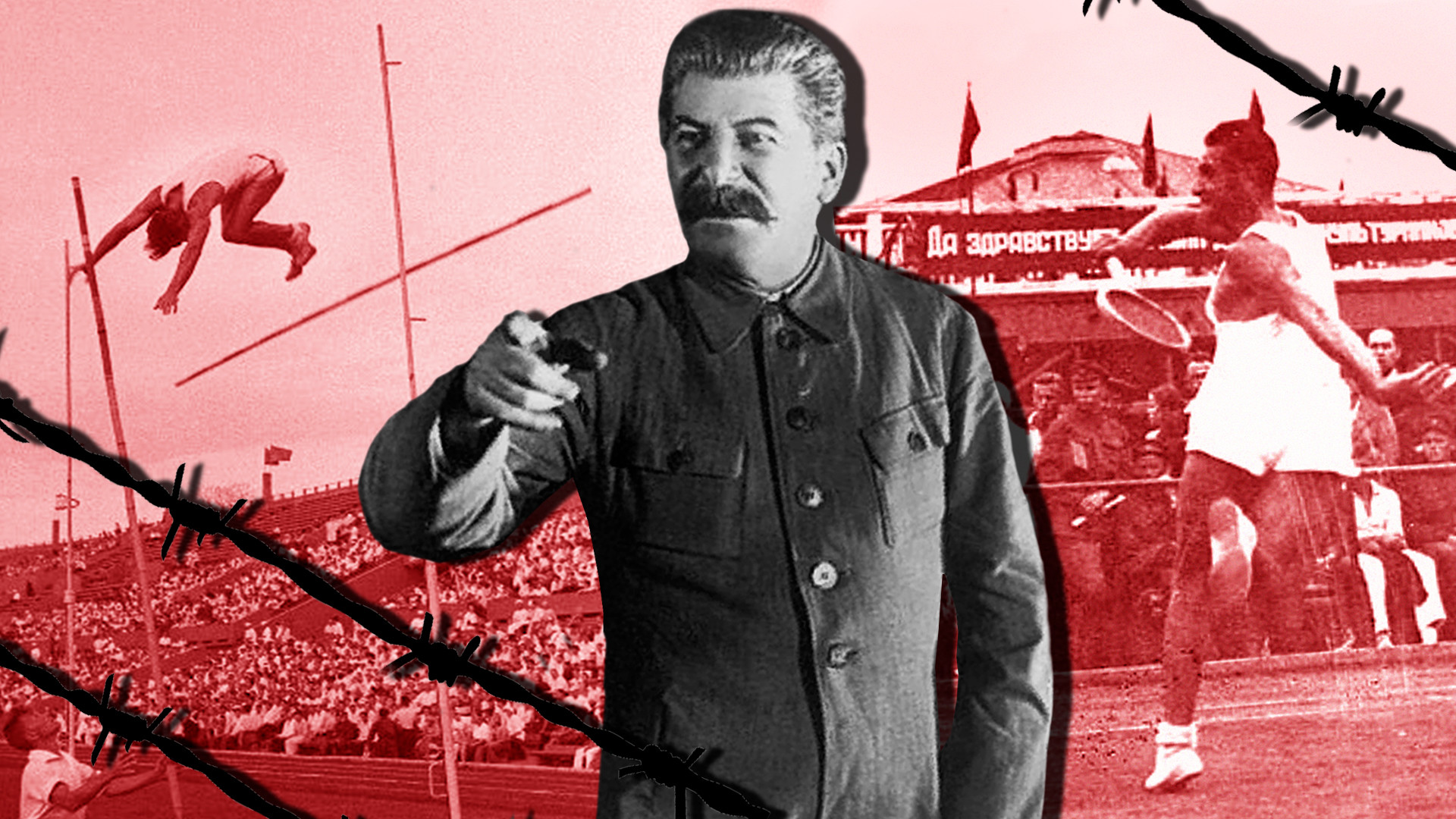 Legion Media; Michael Prehner, Fyodor Kislov/MAMM/MDF
During Stalin's Great Purge, more than a million people were shot or sent to the Gulag. Thousands of them came from the world of sports, including some prominent champions.

On July 30, 1937, the NKVD's Operational Order No. 00447 "On reprisals against former kulaks, criminals and other anti-Soviet elements" was signed, setting in motion what became known in Soviet history as the Great Purge. Anyone could fall into the category of "other anti-Soviet elements" as anyone could be denounced and suspected of espionage or even of plotting against Stalin.

Over a period of just 18 months, more than a million people were arrested, about 700,000 of whom were executed, and the rest sent to the camps. Many among them were closely associated with the world of sports.

1. Vasily Russo, founder of the chess movement, died in the camps 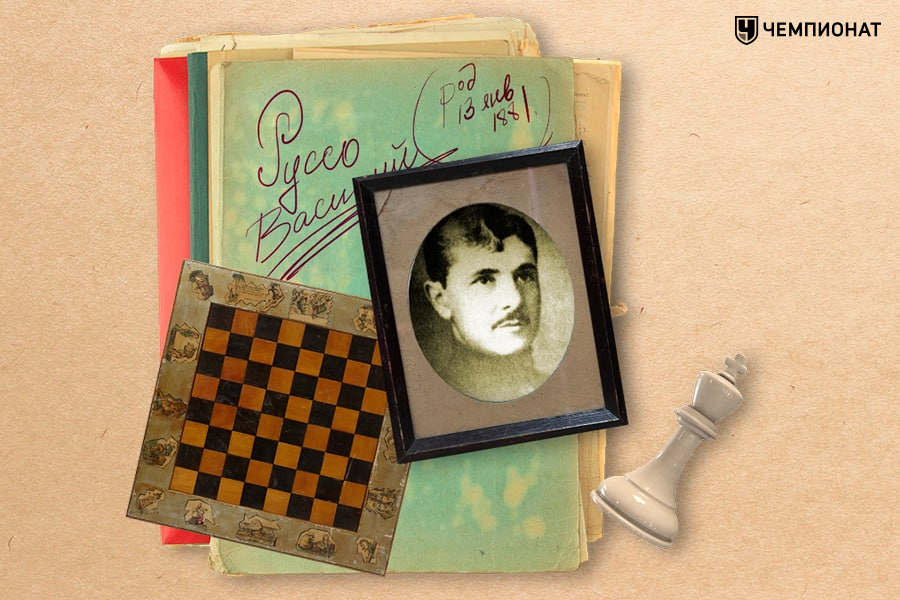 Vasily Russo was a painter and a sculptor. But it was thanks to him that the USSR became a leading chess nation and home to many chess champions.

In 1900, the young Russo came from provincial Odessa to the capital, Petersburg at the time, to study at the Academy of Arts. Quite by chance, he once found himself at the Dominik restaurant, where chess was played. He learned to play too, but at first he was far more taken with checkers, which he described as “this tricky, so deceptively simple but equally mysteriously complicated game”.

After the Russian Civil War, Russo ended up in Moscow and in 1920-23, as he himself later recalled, he was busy "promoting chess and checkers in Moscow". In 1924, the chairman of the Supreme Council of Physical Culture and Sports, Konstantin Mekhonoshin, appointed Russo to establish the chess and checkers movement throughout the Soviet Union. 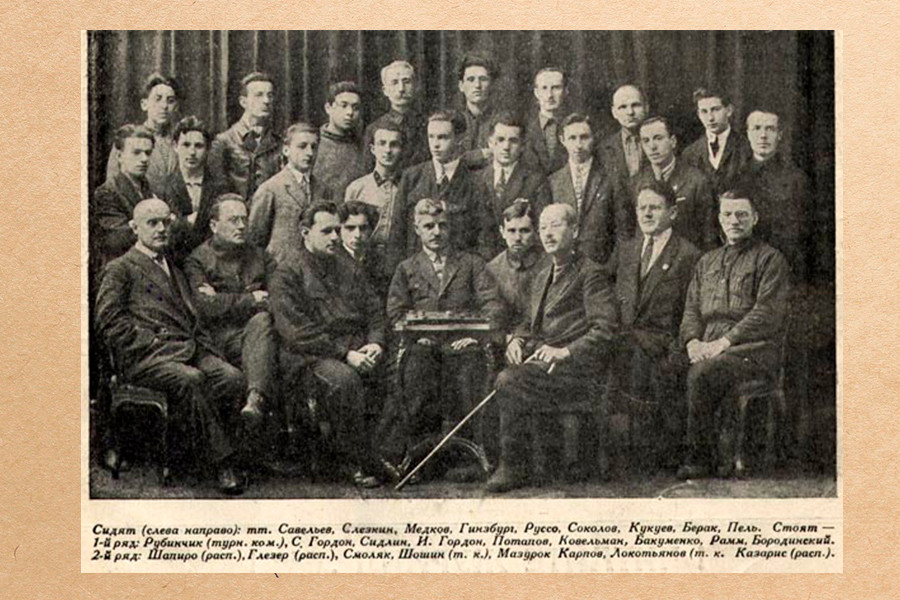 However, during the Great Purge, Mekhonoshin was executed. He was one of the associates of Leon Trotsky, Stalin's bitterest enemy in the intraparty struggle. In the late 1930s, Stalin decided to get rid of all Trotskyists.

Soon, Russo, who was Mekhonoshin's protégé and subordinate, was also arrested on trumped-up charges. The chess enthusiast was sentenced to five years in the camps. The hard labor and an extremely poor diet, which became even worse once World War II began, undermined Russo's health so much that he died in 1942, shortly before his prison term was due to end. 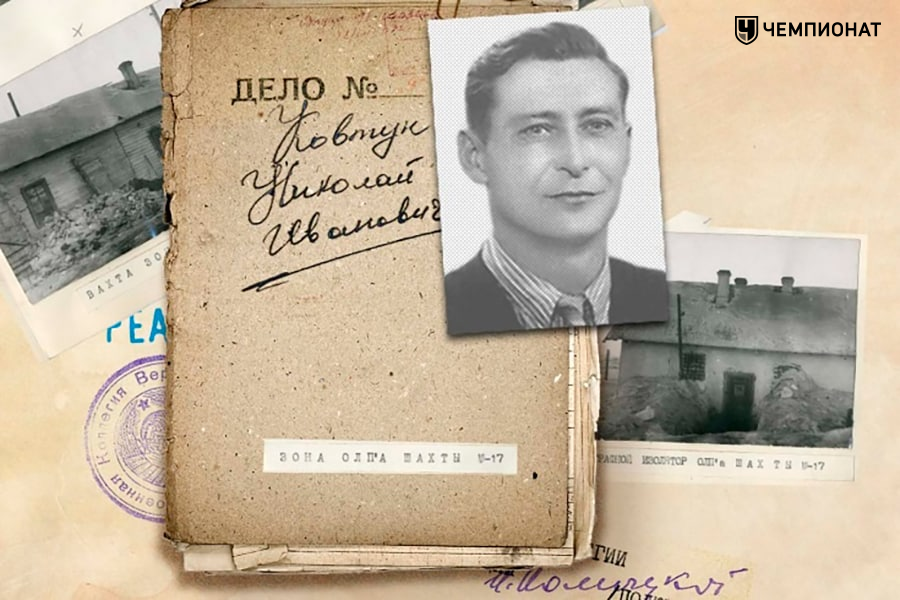 Nikolai Kovtun was a born athlete: at 17 he took part in his first track and field competition and - without any training – performed a 1.70 meter high jump and a 6 meter long jump.

From provincial Rostov-on-Don, where he studied at a university and trained, Kovtun was invited to Moscow. The coach admired his talent, and even his rivals considered Kovtun a genius: so good he was at high and long jump. It took him just three training sessions to master pole vaulting, after which he immediately started showing excellent results.

In 1937, Nikolai Kovtun became the first Soviet high jumper to cross the 2.01 meter mark. The coach was convinced that soon he would be able to break a new record, but that same year Nikolai was arrested right at a training session. 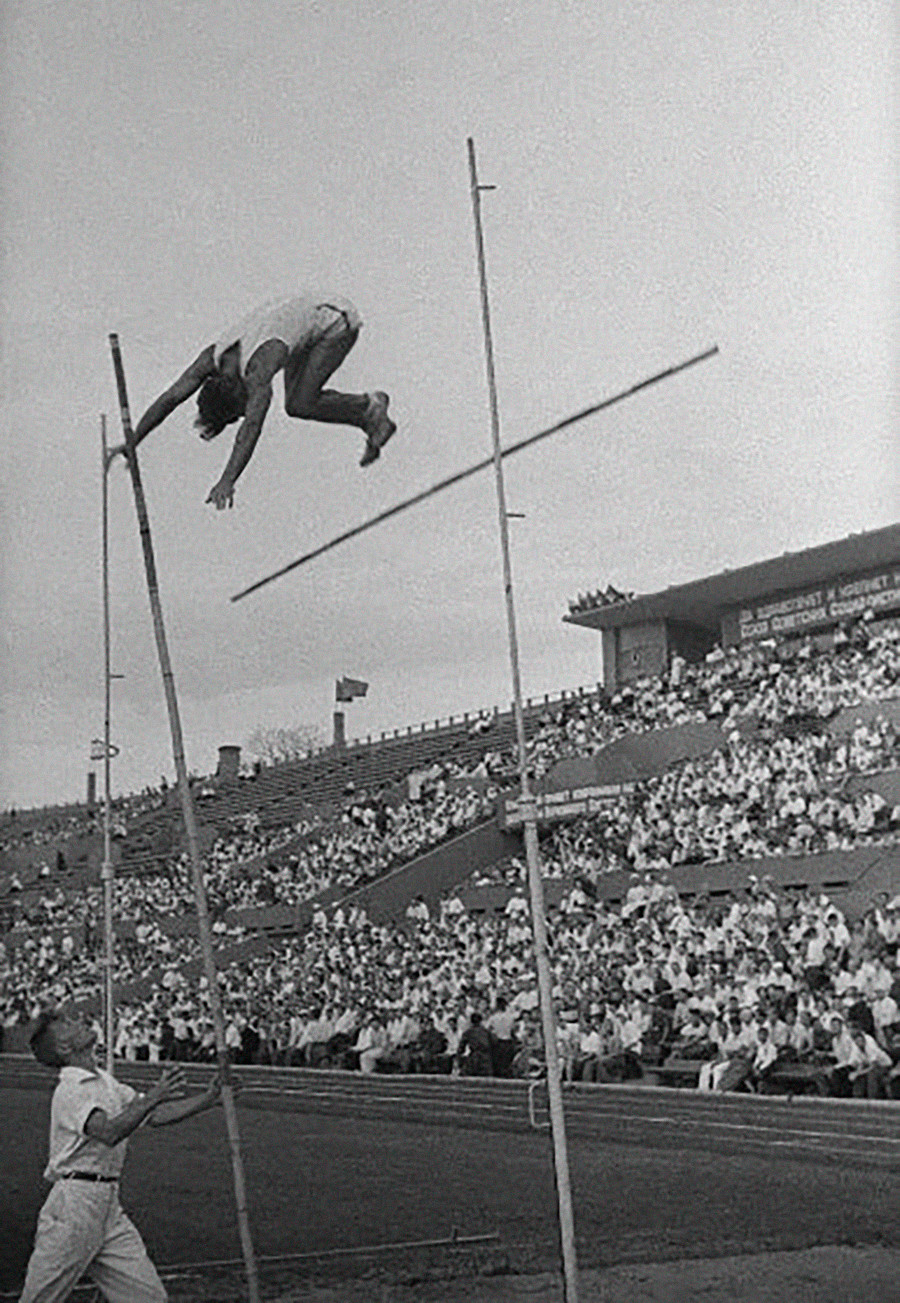 His apartment was searched, and his wife with a small baby on her hands was ordered to leave Moscow. Pressure was put on her to renounce her husband, who had been declared an “enemy of the people”, but she remained loyal to him.

Kovtun was sentenced to 10 years in camps and sent to serve his sentence in the Far North in the camps of Norilsk and Vorkuta, notorious for their terrible working conditions, extreme weather and a meager diet.

So why was the young jumper arrested? The reason was his place of birth... Kovtun was born in Harbin, a city on the Chinese border with Russia, where his parents were building the Chinese-Eastern Railway. After the revolution, the Soviet government sold the railway to China, and thousands of Russians who had been building it returned to their homeland. However, in 1937, all of a sudden, all of them and their family members were denounced as spies, allegedly plotting acts of sabotage for the benefit of Japan.

After a decade of camps and hunger, in 1947 Kovtun was reunited with his family. Because of her connection to an "enemy of the people", all those years his wife had not been able to find employment, and there was widespread hunger because of the war. Furthermore, soon Kovtun fell victim to a new wave of reprisals since in 1948 there came out a state decree ordering that all "particularly dangerous state criminals" be condemned to life-long exile in remote parts of the country. Thus the authorities wanted to “hide” all the former prisoners, who had witnessed the horrors of the Great Purge.

After Stalin's death, Kovtun was rehabilitated. He worked as a physical education teacher and later was in charge of a track and field arena at the Institute of Physical Education. His sporting achievements, which had previously been deleted from the history of sports, were also rehabilitated. 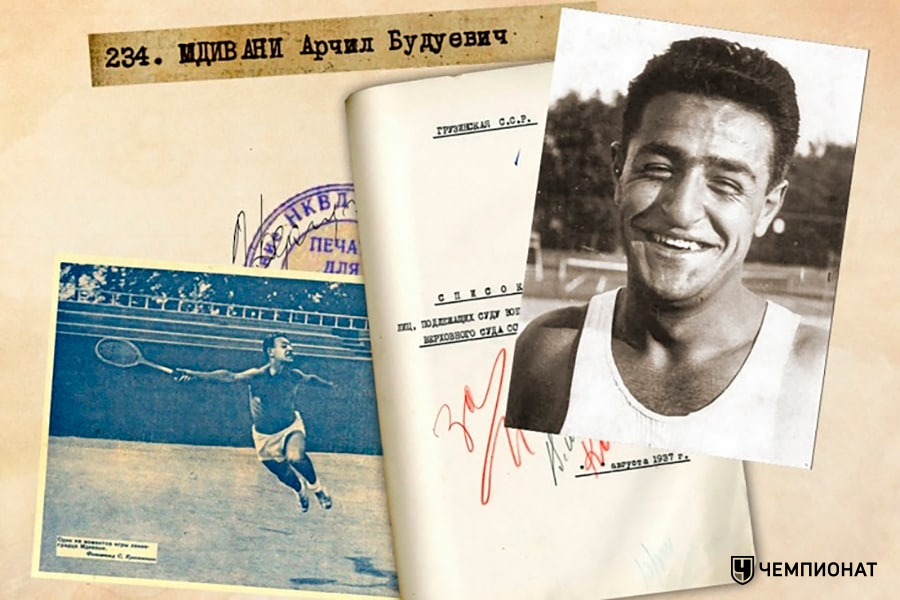 Archil Mdivani started playing tennis in early childhood. In the 1920s, tennis was a sport of the elite, and Archil's father, Budu Mdivani, who was a prominent Georgian politician, wanted his son to have the best. When his father was appointed as Soviet trade envoy to France, Archil visited him there and watched European tennis, which was more daring than the Soviet game. The techniques that Archil observed abroad he then used on the court back at home, drawing crowds to his games. He moved to Leningrad and won numerous championships, becoming one of the best tennis players of the 1930s. 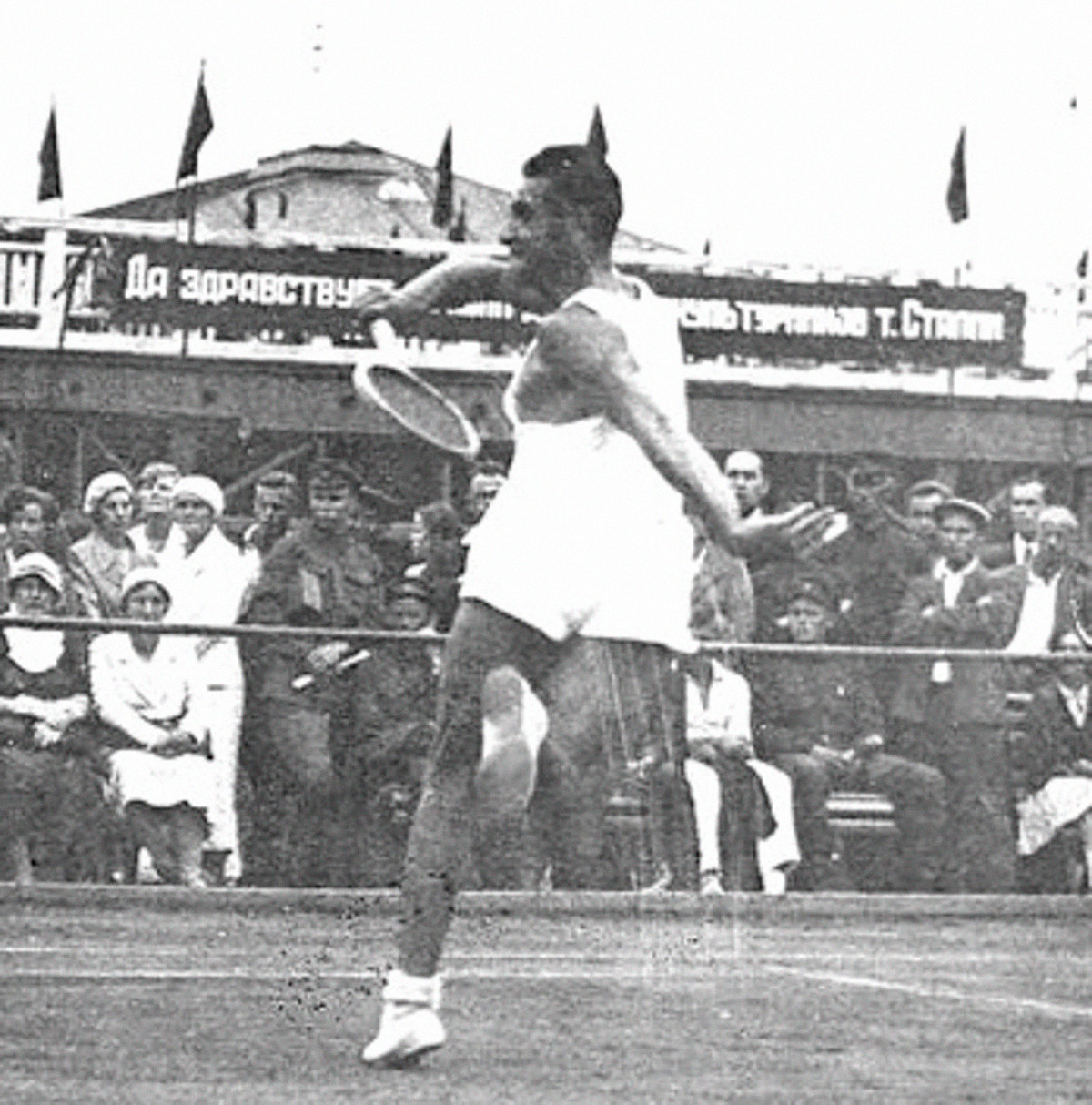 Archil Mdivani on the tennis court

Apolitical Archil was targeted by reprisals because of his family background. His father was a Bolshevik and a high-ranking party official, who had served in senior positions abroad. However, in the debate on the party's ethnic policy in the early 1920s, he supported Lenin over Stalin, and after Lenin's death, went into opposition to Stalin and sided with Leon Trotsky. In the late 1920s, he was arrested and spent three years in prison, which was used against him again, during the Great Purge.

In 1937, Archil's father, mother and brothers were arrested and put on the “execution lists" of particularly dangerous “saboteurs”, who were to be shot without trial.

There was a legend that one of Stalin's most notorious associates, Lavrenty Beria, decided to play a trick on the tennis player and promised to release his family from prison if he won a tournament. 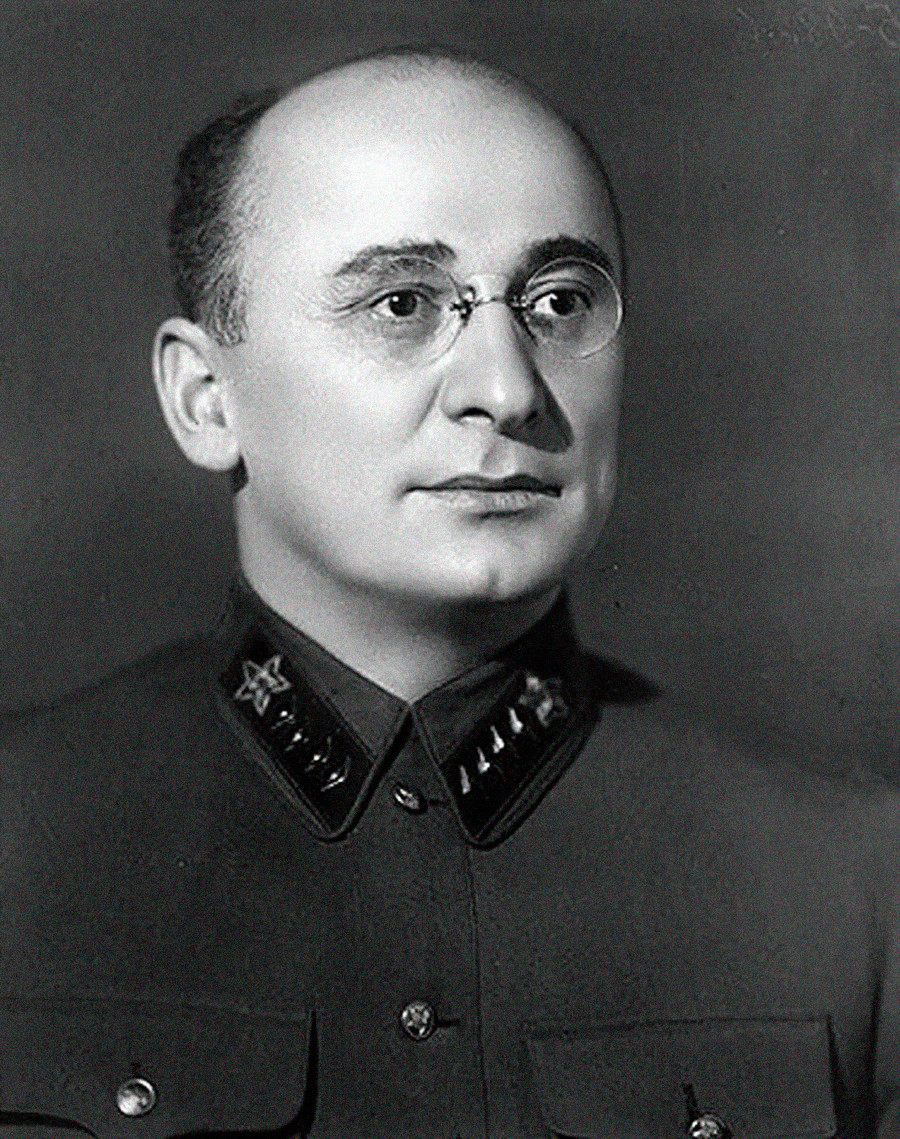 Archil gave his all to that tournament and won, but at the banquet after the game he realized that it had been a trick and his family would not be released. He lost his temper and publicly declared to Beria that there could be no “enemies of the people” in his family. Beria could not forgive such insolence.

Soon Archil was arrested. He was sentenced to death for his association with the head of a counter-revolutionary Trotskyist organization, Buda Mdivani (that is, for association with his own father) and for preparing an attempt on Beria's life.

Russia Beyond would like to thank the Gulag History Museum for their assistance in preparing the material.