Why was an island in the Soviet Union named after its most bitter enemy? 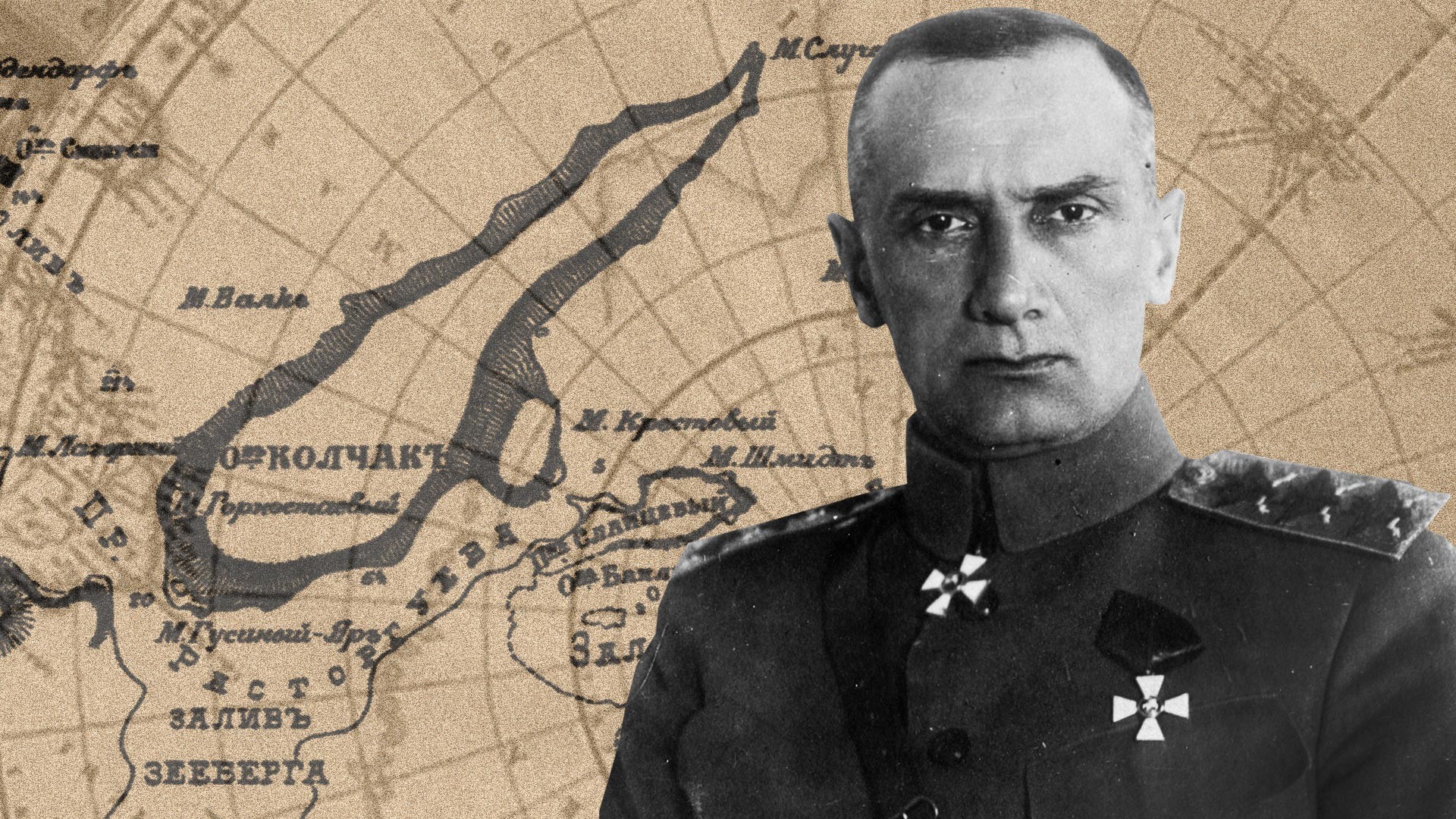 Public Domain; Russia Beyond
For Soviet authorities, a small uninhabited island in the Arctic Ocean proved to be a real headache.

It is hard to imagine any country naming a street, park, square or any other geographical landmark in honor of its enemies. Nevertheless, for 15 years, a Soviet island carried the name of a person whom the Soviet authorities once regarded as their worst enemy.

An uninhabited island in the Kara Sea in the Arctic Ocean was discovered by the Russian Polar Expedition of the Imperial Academy of Sciences in 1901. It was decided to name its northern tip ‘Cape Kolchak’ in honor of one of the members of the expedition - young hydrographer Alexander Vasilyevich Kolchak. Seven years later, the whole island was officially named after him. 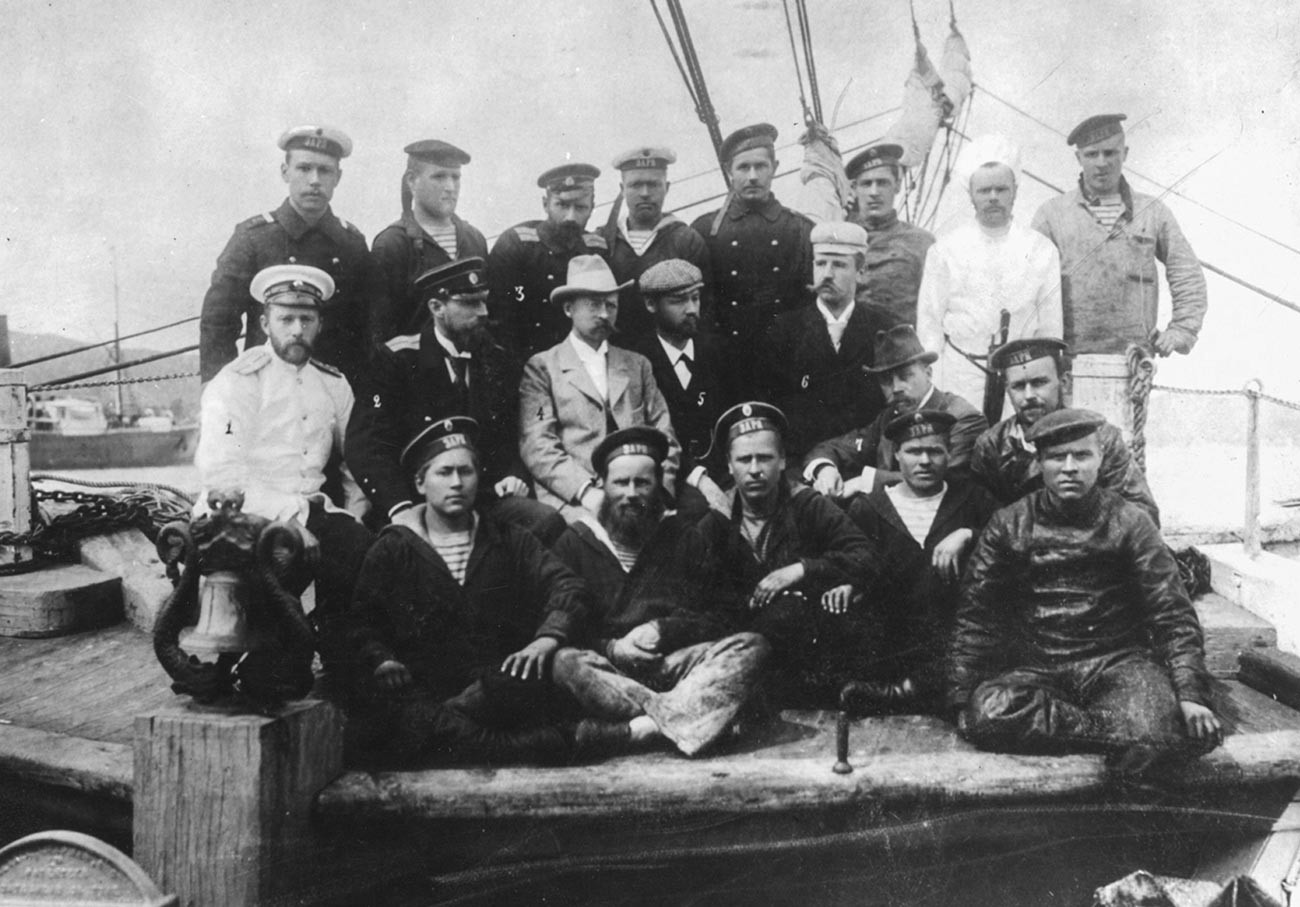 Members of the Russian Polar Expedition of the Imperial Academy of Sciences.

In the subsequent years, Alexander Kolchak turned his back on scientific pursuits and fully dedicated himself to naval matters. During World War I, he rose to the rank of Black Sea Fleet commander.

The Revolution of 1917 and the Civil War that broke out in the country brought Alexander Vasilyevich to the very heights of power. He not only became one of the leaders of the anti-Bolshevik White movement, but was also recognized by the forces opposing Soviet power as the Supreme Ruler of Russia. 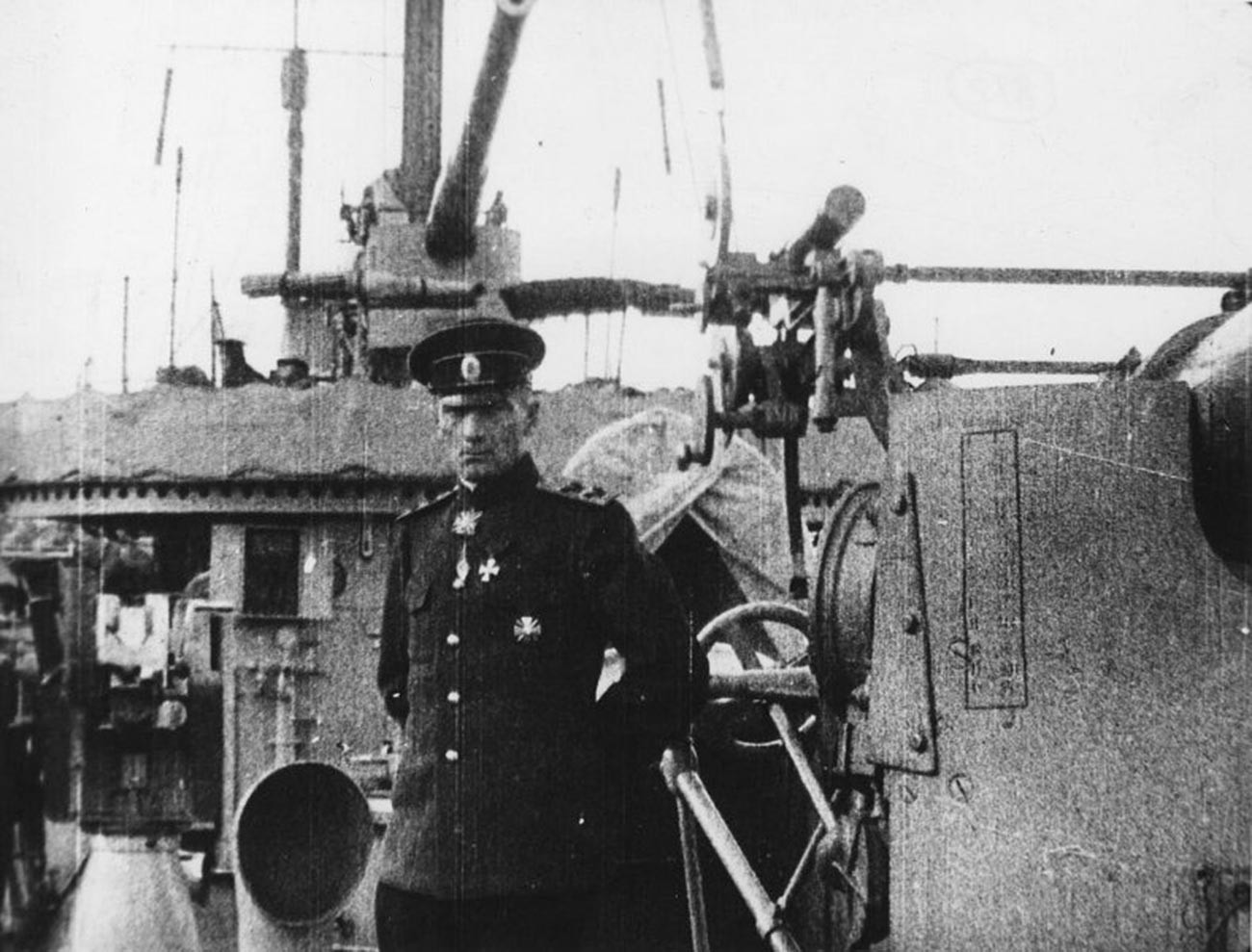 In the spring of 1919, Admiral Kolchak’s White armies began a large-scale offensive towards Moscow from Siberia, scoring a number of major victories and seizing large swathes of territory with a population of more than 5 million. This caused serious consternation among the Bolshevik leaders.

Lenin declared Admiral Kolchak to be the arch enemy of the Soviet Republic. “We must bend every effort and unleash our revolutionary energy and then Kolchak will be rapidly smashed. The Volga, the Urals and Siberia can and must be defended and won back,” the leader of world revolution wrote. 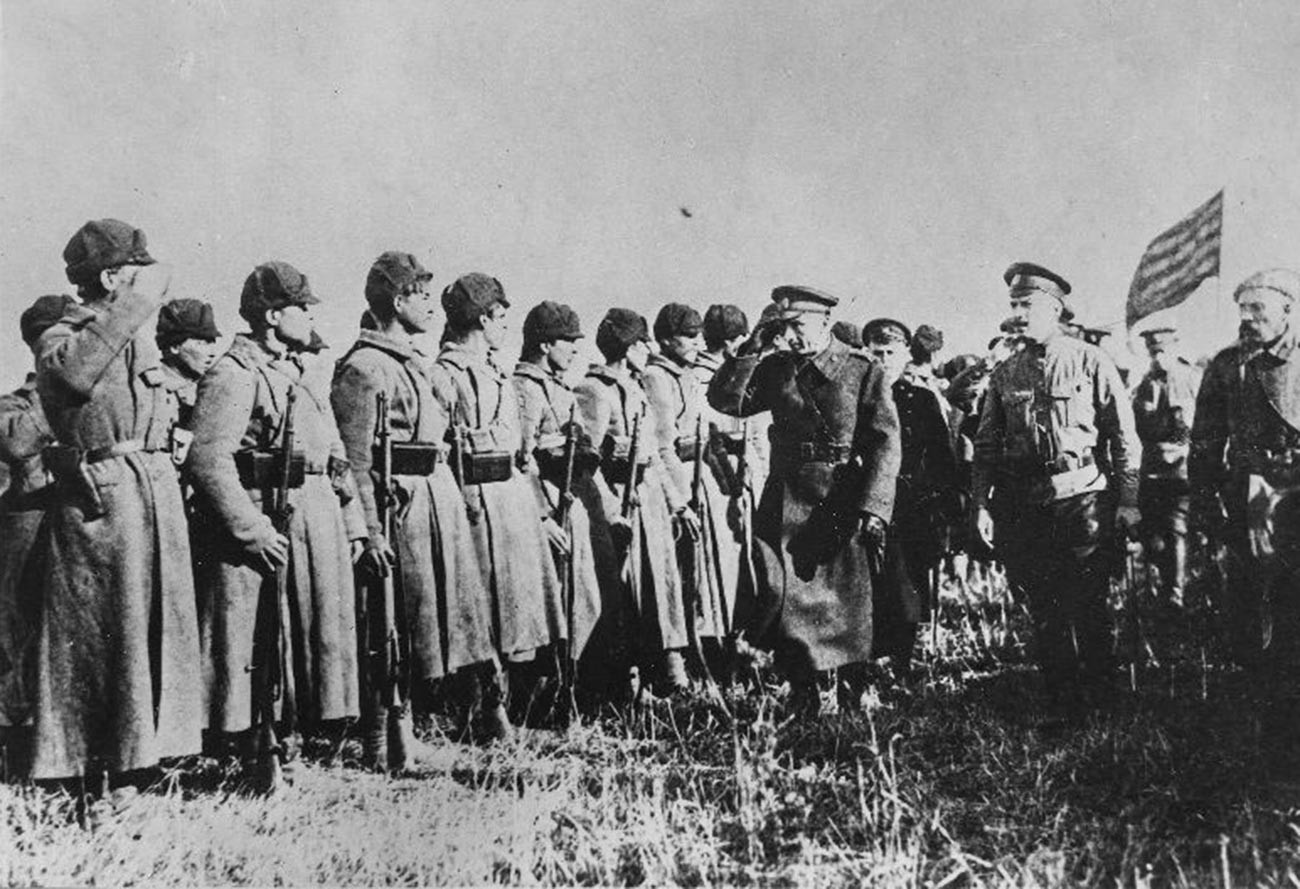 Kolchak during the Civil War in Russia.

As a result of a Red Army counter-offensive, the White Guard troops were soon in headlong withdrawal back to Siberia. The Supreme Ruler himself ended up in the hands of his enemies and was shot on February 7, 1920.

Following the end of the Civil War, the names of the leaders of the defeated White movement, including that of Admiral Kolchak, were consigned to oblivion in the USSR. Soviet science also attempted to ignore the achievements of Alexander Vasilyevich as a scientist. 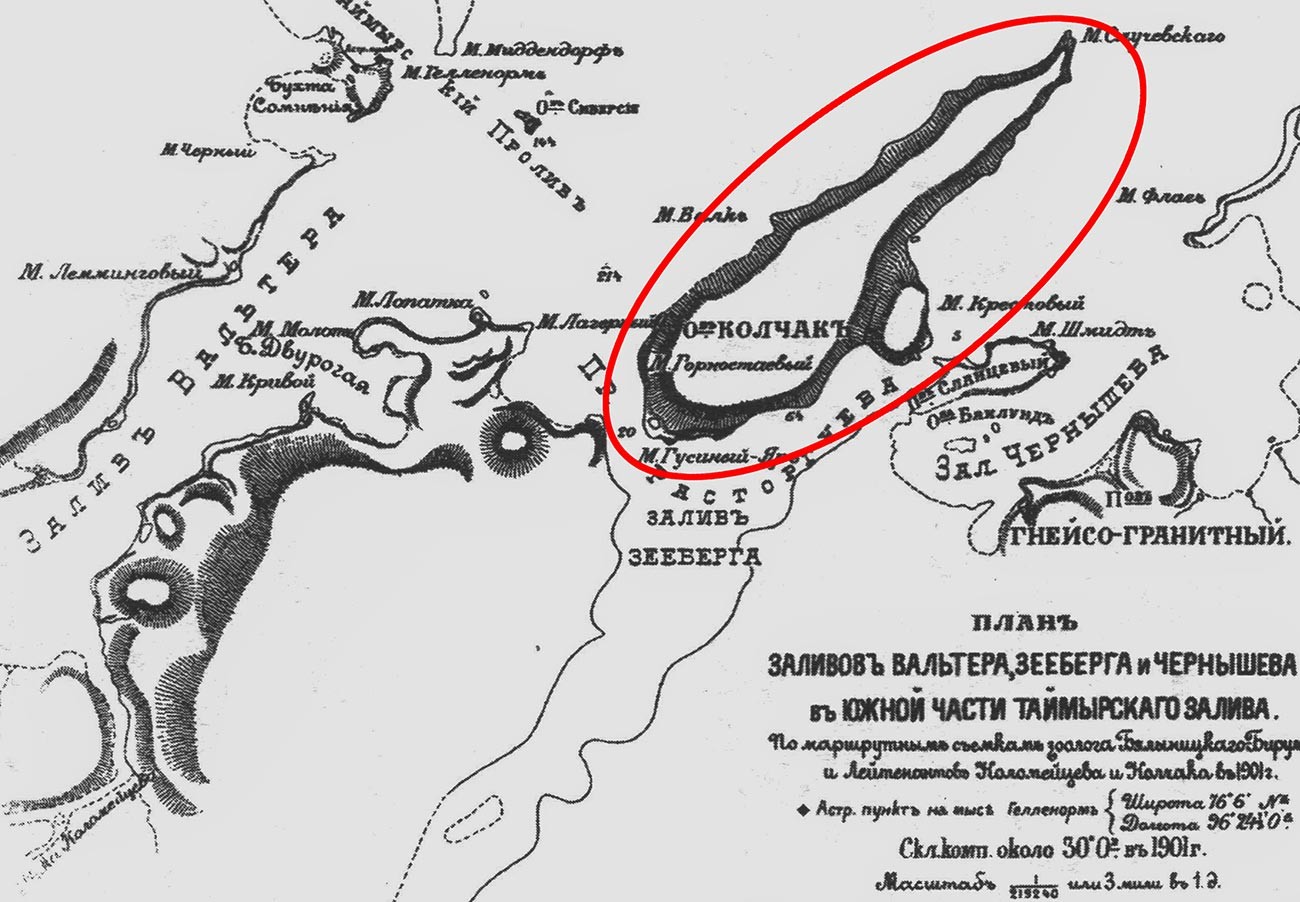 But, the years passed and the island named in honor of the Bolsheviks’ number one enemy retained its name and even featured on Soviet maps in that form. It was only in 1937 that the authorities belatedly decided to do something about it and hastily renamed it after another participant in the 1901 Russian Polar Expedition - Stepan Rastorguyev, a sergeant in the Yakut Cossack Regiment.

In their haste, the bureaucrats failed to take into account the fact that there was already a Rastorguyev Island in the Kara Sea at that time. The muddle over the two identically-named islands lasted until 2005, when it was decided to return its historical name to one of them.