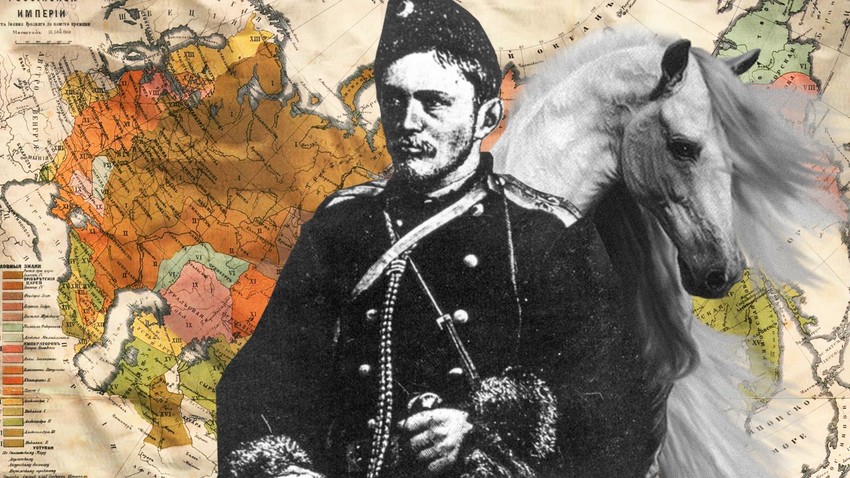 Russia beyond (Photo: Public domain; Archive photo)
He nearly froze to death, but managed to cross the finish line and impress the people and the Tsar.

Cossack Dmitri Peshkov traveled from Blagoveshchensk in Russia’s Far East to St. Petersburg, then the capital of the Russian Empire, covering 8,800 kilometers (5,500 miles) on a small, but sturdy horse. By the end of the trip, he had earned the status of a countrywide celebrity and even met with the Russian Emperor.

Peshkov, a military officer in the rank of Sotnik, came up with the idea of a grand expedition, inspired by a previous achievement of a different traveler and military officer named Mikhail Aseev, who, in 1889, rode a horse from the city of Lubny in the Poltava province of the Russian Empire, to Paris, France, covering about 2,500 kilometers. 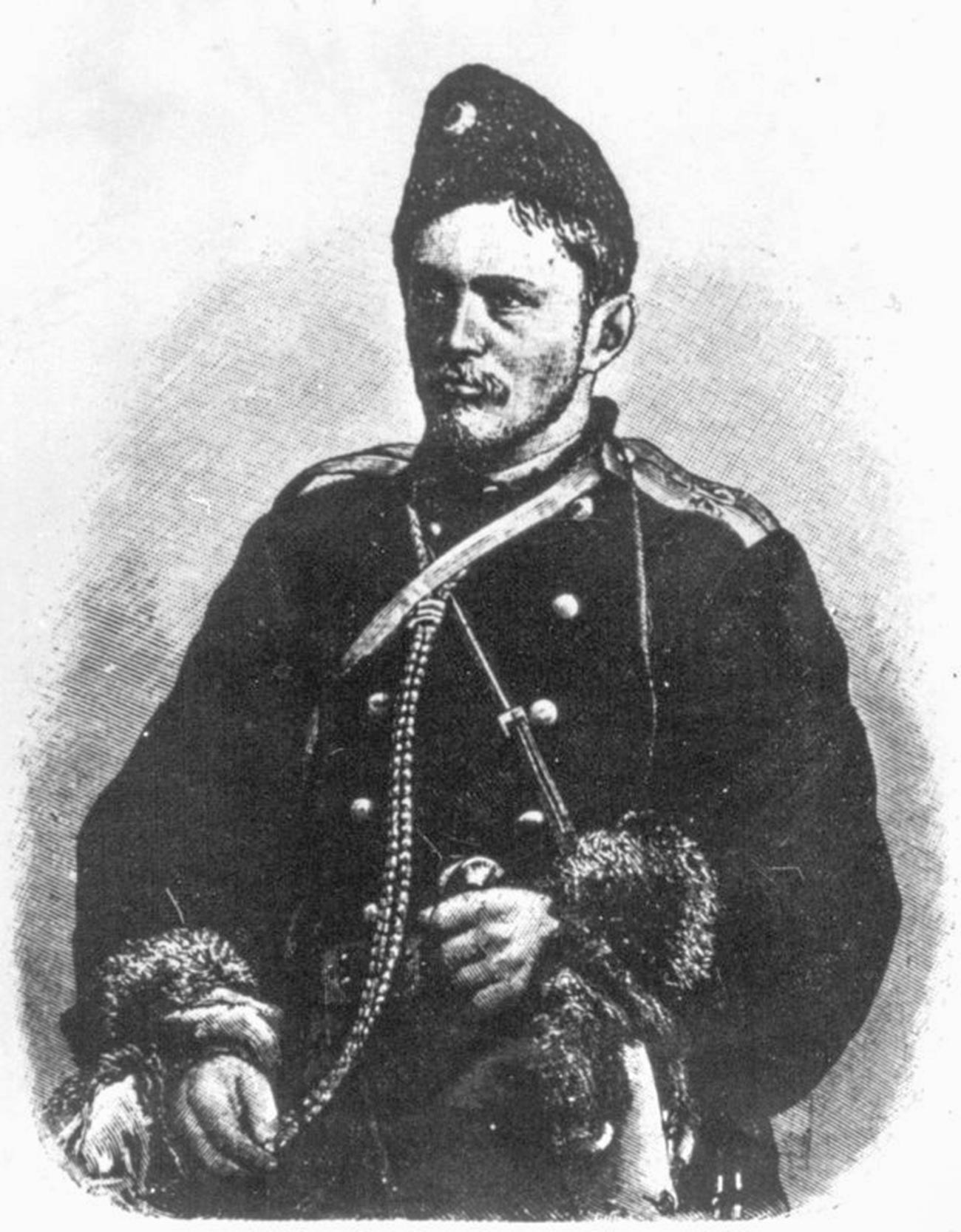 Peshkov envisioned a much more daring enterprise, however. He planned to travel from Blagoveshchensk, a city on the eastern fronts of the Russian Empire, to St. Petersburg, covering about 8,800 kilometers in a saddle. 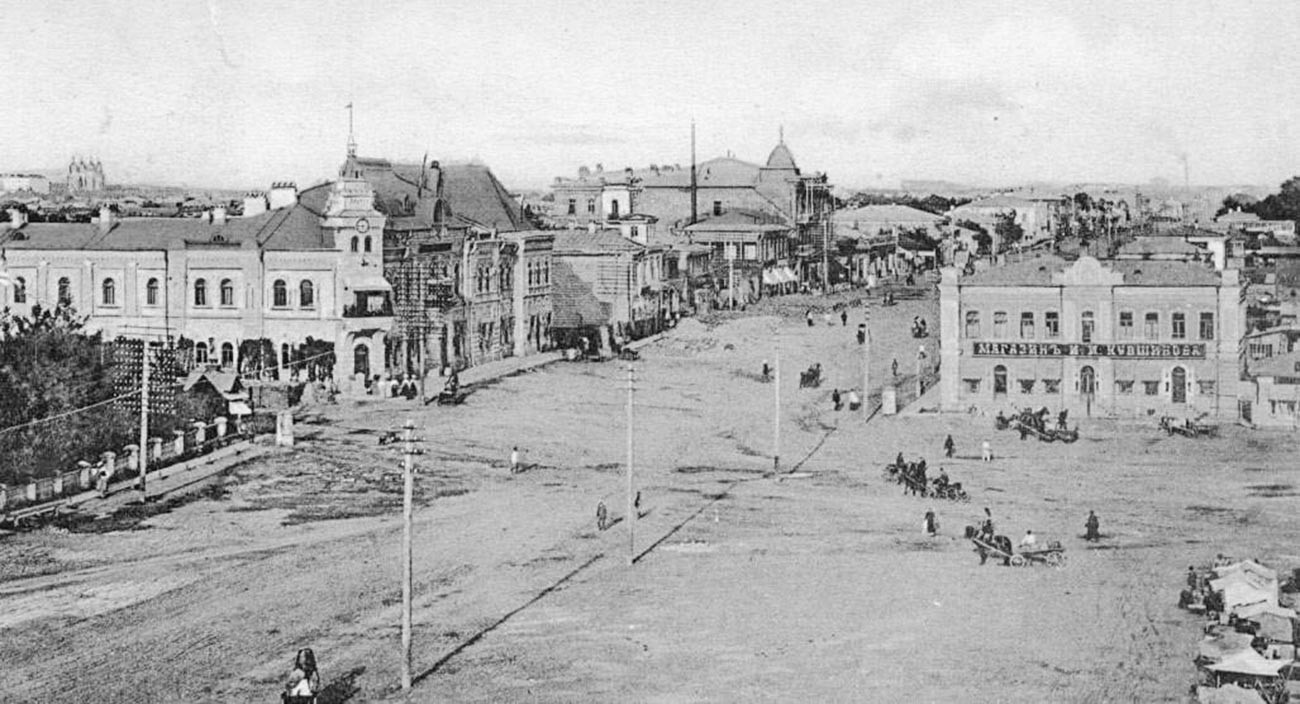 The 30-year-old officer, unencumbered by marriage and family, asked his superiors to give him a six-month-long vacation, which he intended to spend on the road.

Peshkov selected a certain breed of a horse who he believed was best-suited for hardships lying ahead. Despite the small size and modest looks, a 13-year-old Mongolian breed stallion — famous for its ability to endure tough conditions — seemed like the best option for a person who planned to cover a ridiculous distance in the hardest weather conditions of the year. 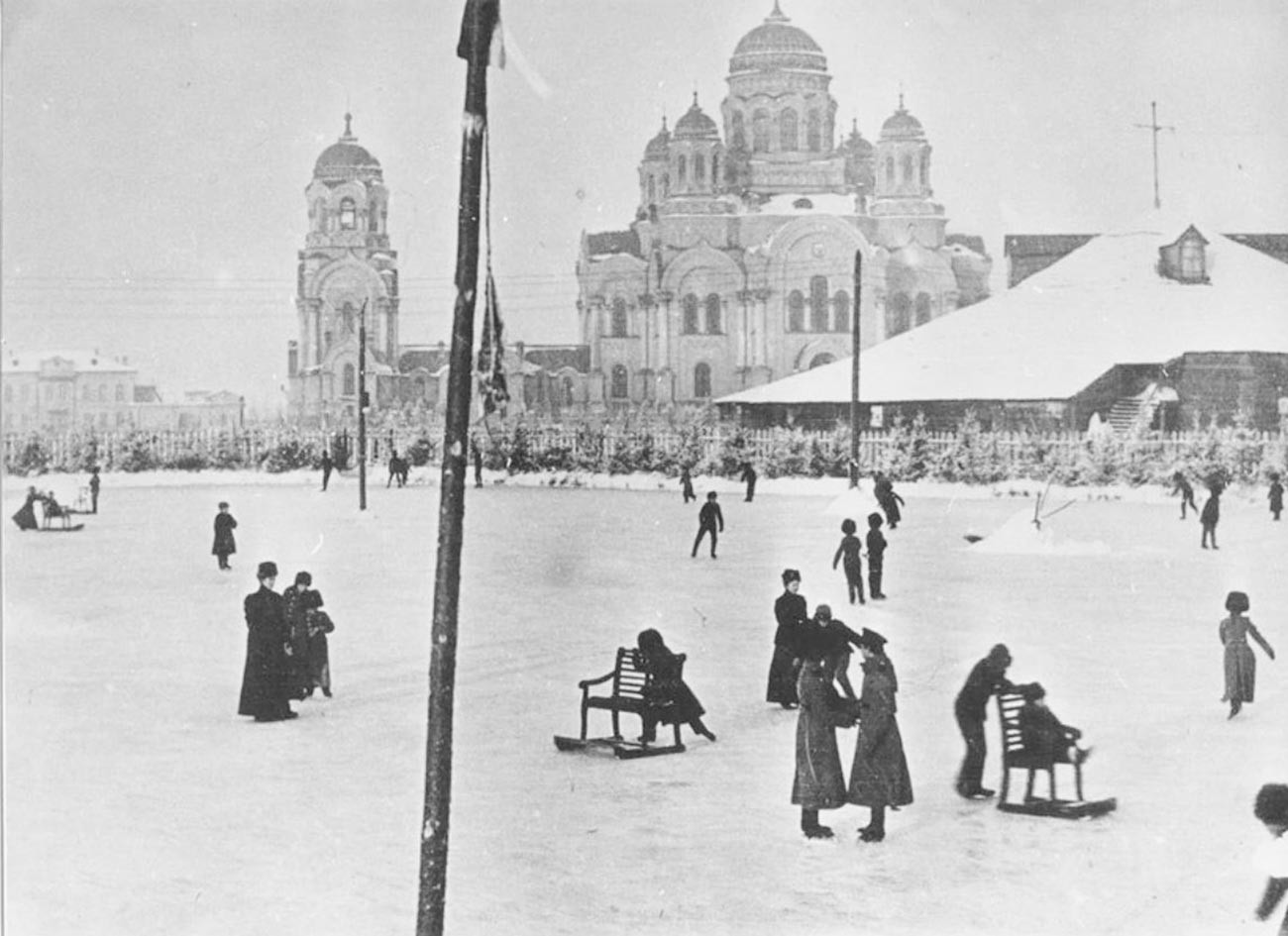 Irkutsk, the end of the 19th century.

On November 7, 1889, Dmitri Peshkov — equipped with a horse, money, papers and a lot of free time — set on the long journey towards St. Petersburg and, as it turned out, countrywide fame.

Peshkov’s journey was remarkably hard from the very beginning. Almost at the start, the officer had to cross a river which hadn’t yet frozen, despite the cold.

“I asked to take me and the [horse] to the other bank in a small boat. They agreed to do it for three rubles. I promised them another ruble for vodka. The [horse’s legs] were tied up and it was put into the boat. I held it myself,” wrote Peshkov in his diary. 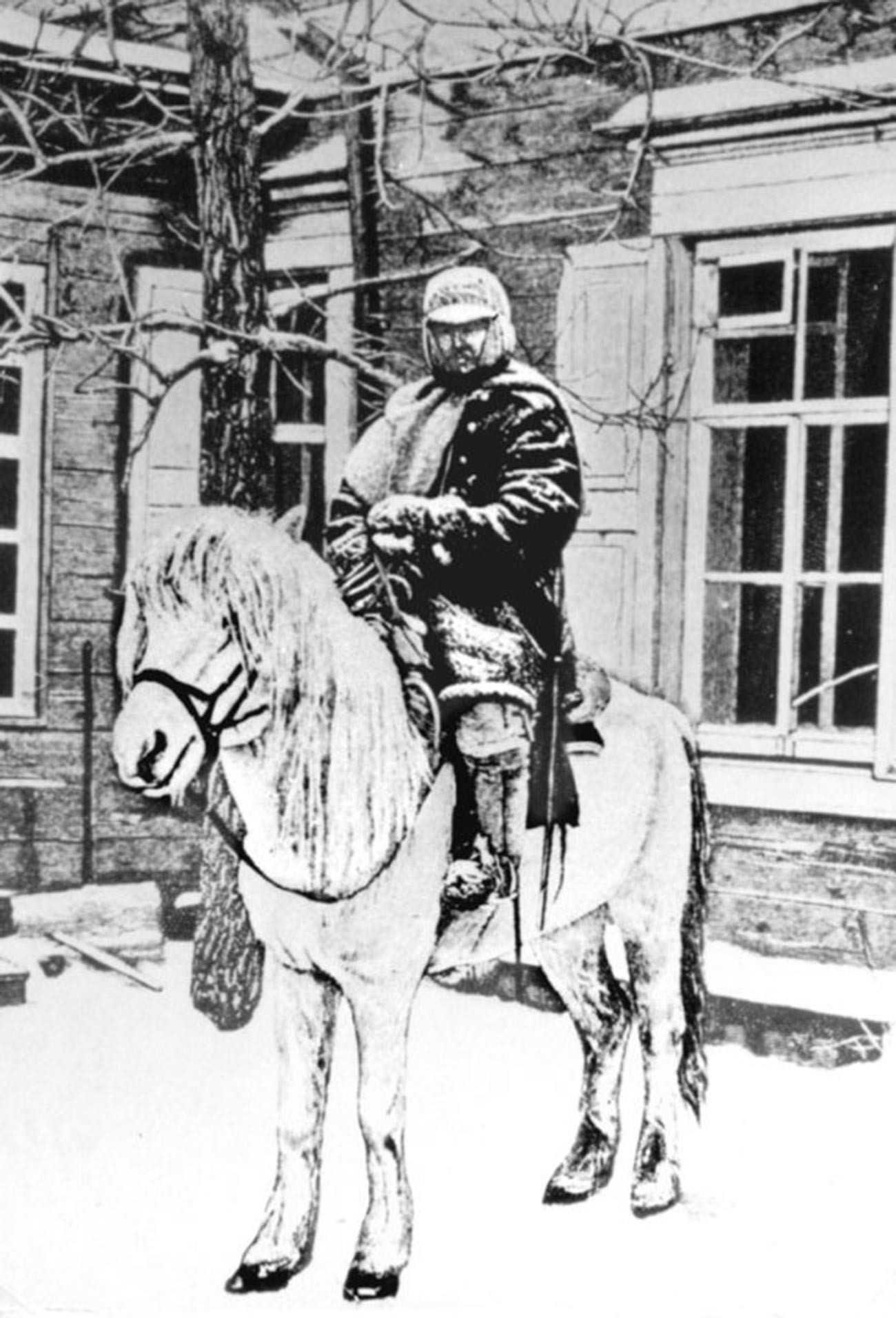 Peshkov, who kept his travel notes generally dry and laconic, allowed some emotion when it came to the description of the weather conditions at the beginning of the journey, which he had started as the winter season was approaching.

“Since yesterday evening, such a storm has risen that literally the light of God was not visible. It’s a killer ride in this weather. I hardly saw the city of Mariinsk so hard the storm raged. I froze off my cheeks, nose, chin and the part of my right hand that wasn’t covered with a glove,” read one of the few emotional entries in the officer’s diary. 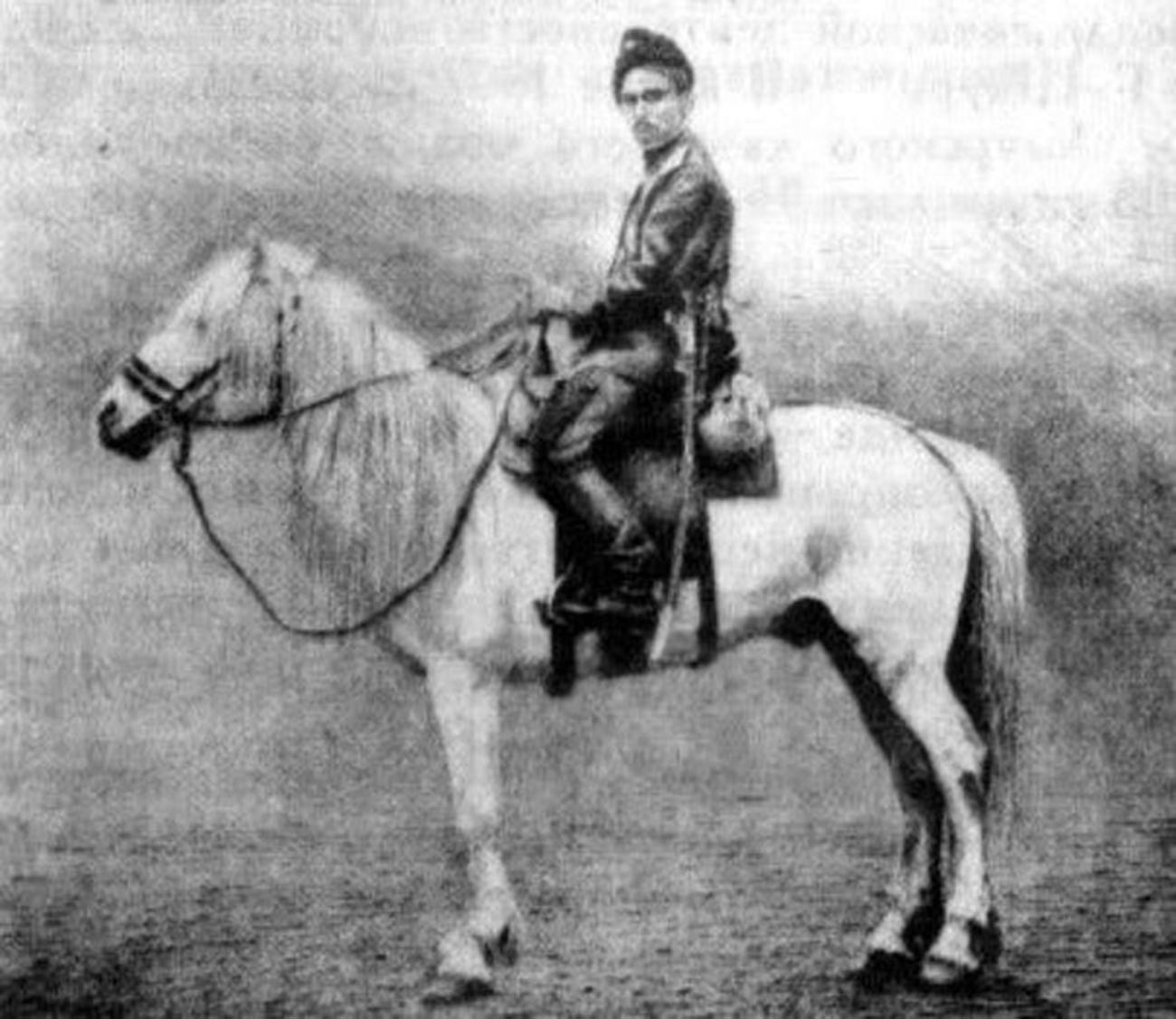 Peshkov on his horse.

As the journey progressed and the landscape changed, one thing remained constant in Peshkov’s notes: “The weather is terrible,” he often repeated. Sometimes, the rider had to jump off the horse and run beside it only to warm up his feet by being active.

Besides bad weather, the traveler had to endure a lack of food, headaches that he frequently mentioned in his diary, bedbugs and even an attempt to arrest him by a patrol officer in Tomsk, who had mistaken him for an escaped convict.

Yet, as time passed, Peshkov grew more accustomed to the new, nomadic way of life. “Today, it’s been five months of my journey. It seems to me that when I finish it, I will miss it, to such an extent I have already become accustomed to this nomadic, gypsy way of life,” wrote Peshkov in his diary.

As the officer progressed in his voyage and advanced closer to St. Petersburg, the news of his audacious journey had caught up with the people in cities he hadn’t reached yet. His fame often preceded him in the latter part of the voyage.

“I met several unfamiliar Russians who greeted me with the words: ‘Hello, Mr. Peshkov!’ I was very surprised,” wrote the officer, while in Kazan. 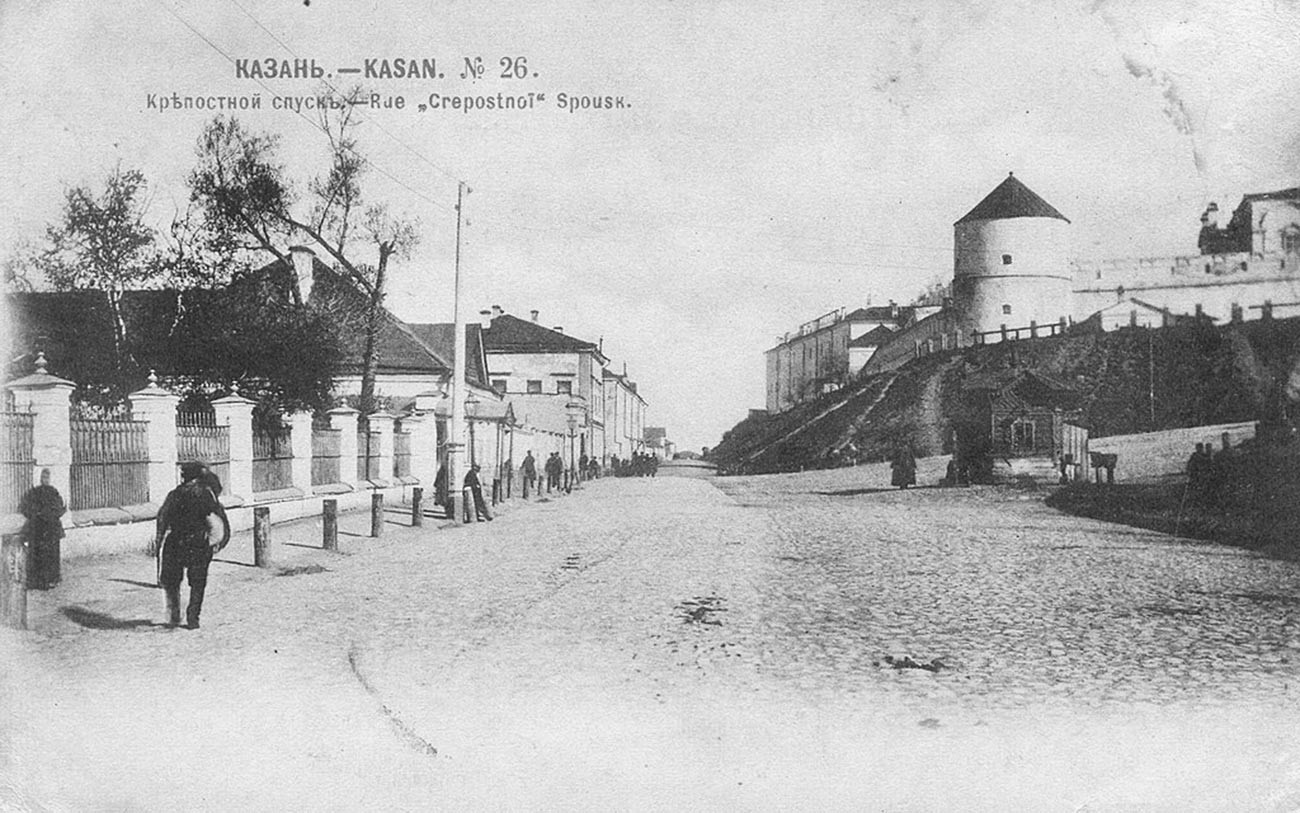 Passing Moscow in May 1890, Peshkov headed towards the final point of his destination, St. Petersburg.

Despite the absence of modern communications, news about his daring journey somehow spread fast through word of mouth and soon reached the Winter Palace, the residence of the Russian Emperor. 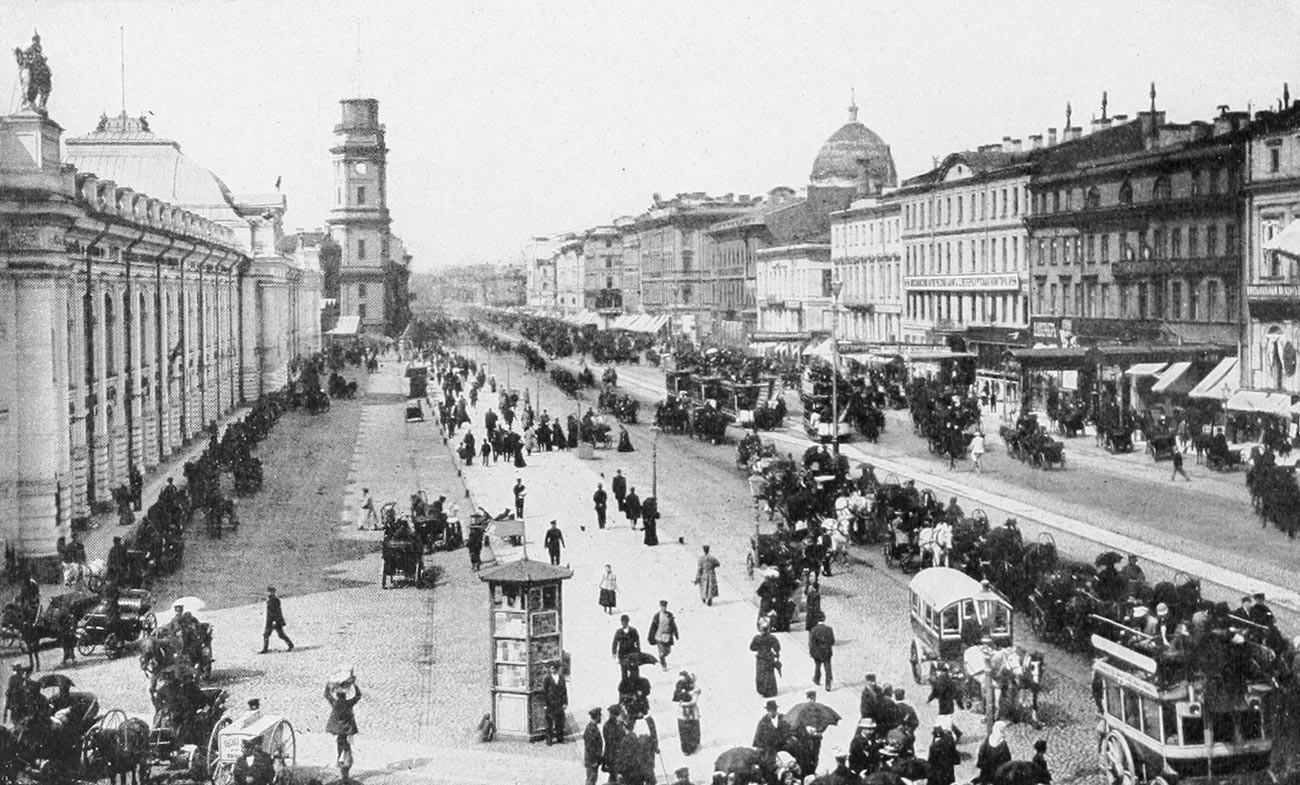 Departing from Moscow, Peshkov was escorted by a crowd of admiring and cheering people, who walked along with him for some time. Arriving in St. Petersburg, the officer was welcomed in an appropriate manner, too.

On the morning of May 19, 1890, as Dmitry Peshkov was approaching St. Petersburg, he was solemnly met by ceremonial regiments and a choir of trumpeters. Peshkov entered the capital of the Russian Empire hearing enthusiastic shouts of “Hurray!” from people he had never met before, but who had obviously got wind of his risky enterprise. 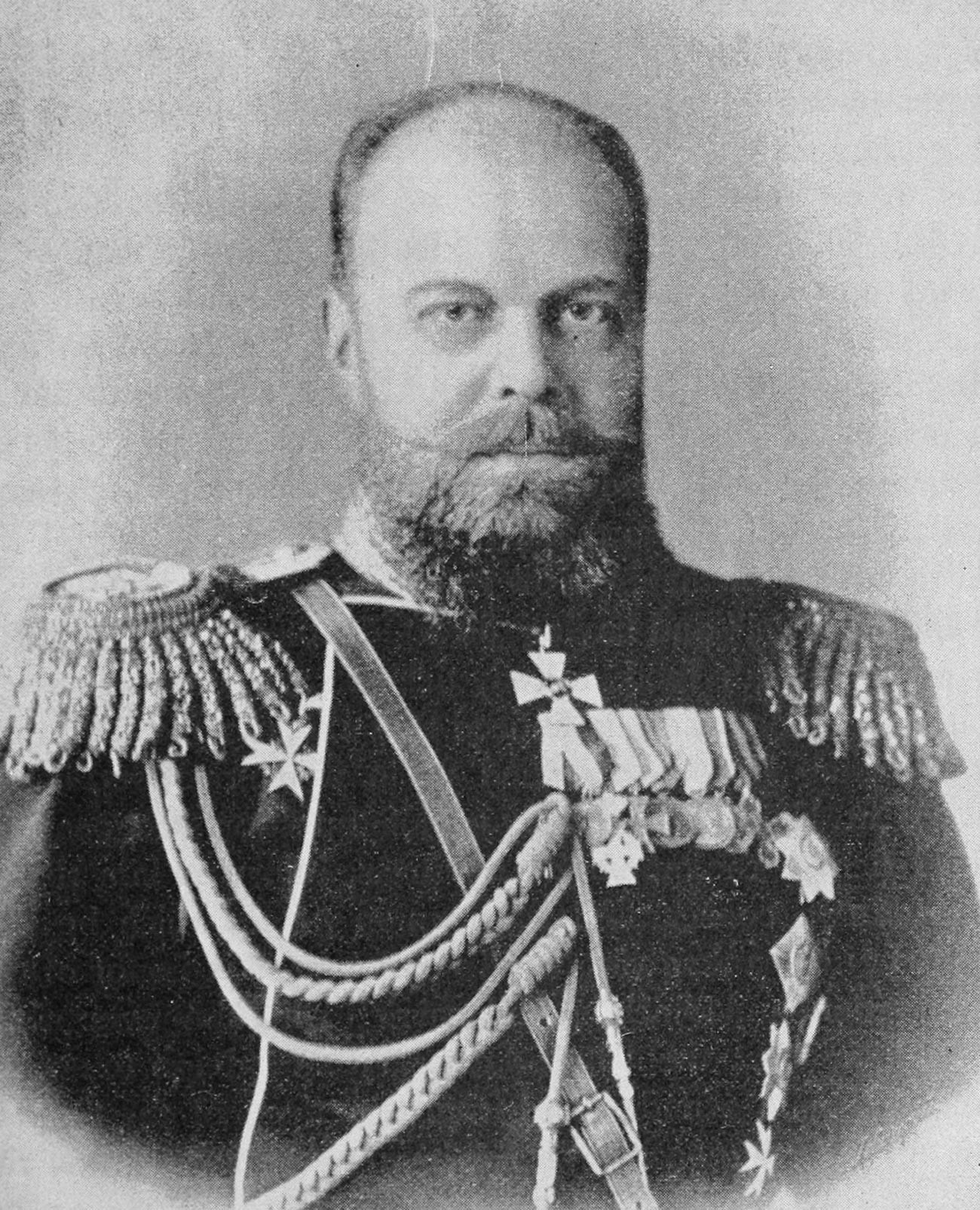 The Czar of Russia (Alexander III of Russia).

Emperor Alexander III awarded Peshkov the Order of St. Anna of the 3rd degree and ordered the journey, which initially was Peshkov’s personal enterprise, to be considered a military expedition, meaning Peshkov was owed money and time off for his service.

The man received a six-month vacation, which he spent as a pilgrim in Palestine, before resuming his successful career in the Imperial Army of Russia.

Click here to read about the first Russian to cycle the globe.