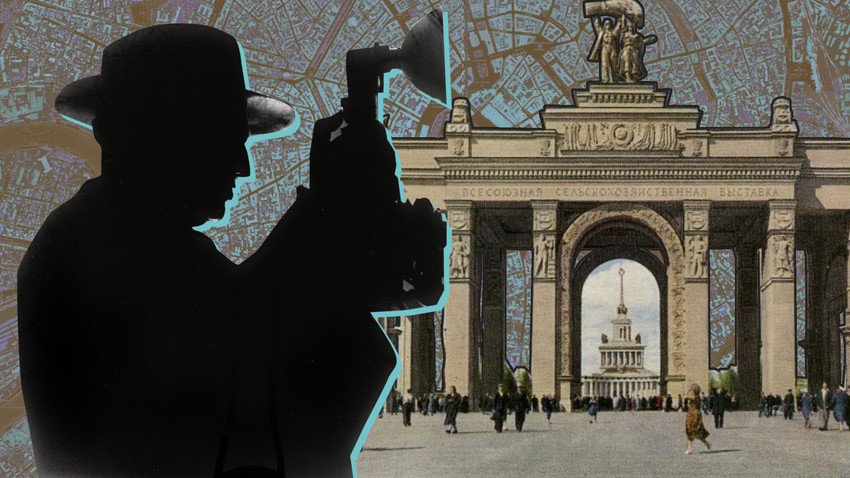 Kira Lisitskaya (Photo: Culture Club/Getty Images)
Major Martin Manhoff secretly photographed one of the key events of the Soviet era and was expelled from the country on espionage charges.

In 2014, an elderly lady in the town of Kirkland, several miles east of Seattle, died, leaving her personal belongings to a friend of the family, as she and her husband, who passed away in 2005, had no children. Going through the couple’s possessions, the executrix discovered something she needed help with and reached out to historian and writer Douglas Smith.

When Smith, an expert in the history of Russia, came to the deceased’s house, he made an extraordinary discovery: a stack of 16mm metal film canisters.

“I picked one up and was stunned by what I saw scratched in pencil: “Stalin Funeral.” I kept digging through the boxes. I found one full of photographic slides. I took out one of the slides and held it up to the light. It was a street scene from Moscow, clearly from the 1950s, and in brilliant color. I laid the containers out on the floor: there were thousands of slides. I couldn’t believe what I was seeing. I told the executrix that Martin had left behind something special and she asked me to take whatever I wanted and try to find a good home for it,” said Smith later. 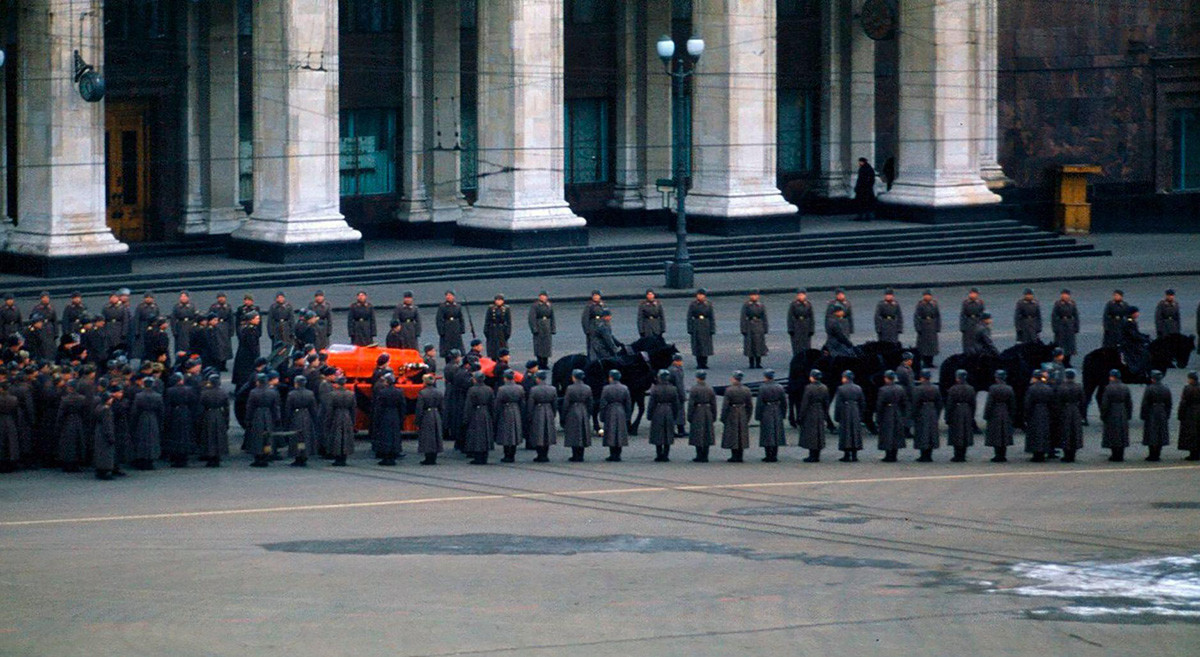 He did find a good home for it, as it turned out. The whole archive containing a unique glimpse into Soviet life in the 1950s was published by Radio Free Europe/Radio Liberty, along with the history of its author, U.S. Army Major Martin Manhoff.

Manhoff was born in 1917 and graduated from the University of Washington. He joined the U.S. Army after graduation and fought in Europe during WWII. After the war, he returned to the U.S. and married a woman named Jeannette Kozicki in 1950.

Soon thereafter, in 1952, the couple moved to the Soviet Union, where Manhoff received a position of assistant military attaché in the U.S. Embassy. Equipped with photography tools and the vision of an artist, Manhoff took unique pictures of what was one of the most secluded countries in the world during the early days of the Cold War.

Manhoff’s big-time came on March 9, 1953, when his most valuable shots were made from a window of the U.S. Embassy — which was located on Mokhovaya Street in Moscow back then.

Being in the right place at the right time, Manhoff gained a unique perspective to film one of the most important events in the world at the time — the funeral of Soviet dictator Joseph Stalin.

Before Manhoff’s archive was discovered, there was no independent footage of Stalin’s funeral and the only available visual record was the Soviet state-sanctioned materials.

The photographs made by the U.S. Army Major, therefore, provided a unique, independent glimpse at one of the key events in Soviet history.

Manhoff’s film shows how hundreds of soldiers escorted Stalin’s coffin to the Red Square, where his body was later placed next to Lenin’s.

“One scene Manhoff shot from his vantage point at the then-U.S. Embassy shows crowds streaming across nearby Manezhnaya Ploshchad, as hundreds of people rush to the bottom of Kremlyovsky Proezd, the short incline leading up to Red Square.

Other footage shows soldiers standing guard on Kremlyovsky Proezd jumping up and down and clasping their arms in an attempt to stay warm on a cold March day, something that’s unseen in any official films,” wrote RFE/RL, a publisher of Manhoff’s archive, who was provided exclusive access to the films by historian Douglas Smith.

Besides the dictator’s funeral, Manhoff — a devoted traveler and photographer — took pictures of everyday Soviet life in places he visited during his stay in the USSR.

Manhoff took pictures of the rapid post-war construction in Moscow, markets in Crimea, Soviet citizens during their mundane chores and Soviet rural places from a train during a railroad trip.

Although Manhoff’s film was most certainly used for intelligence purposes — as they “peered into the vast changes going on in the USSR as it emerged from the devastation of World War II and the Cold War deepened” — they also had an unprecedented artistic quality to them. Major Manhoff had the eye of a great artist and photographer.

Manhoff’s obsession with photographing life in the USSR came to an abrupt end when he was expelled from the Soviet Union on espionage charges in 1954.

The alleged spy managed to smuggle out his work of two years, which was widely circulated only after digitalization and publication in March 2017, generating enormous interest among Russians and Americans, alike.

Click here to find out who the Soviet traitor in the new Cumberbatch spy thriller was in reality.