How a Bolshevik became a high-ranking Nazi 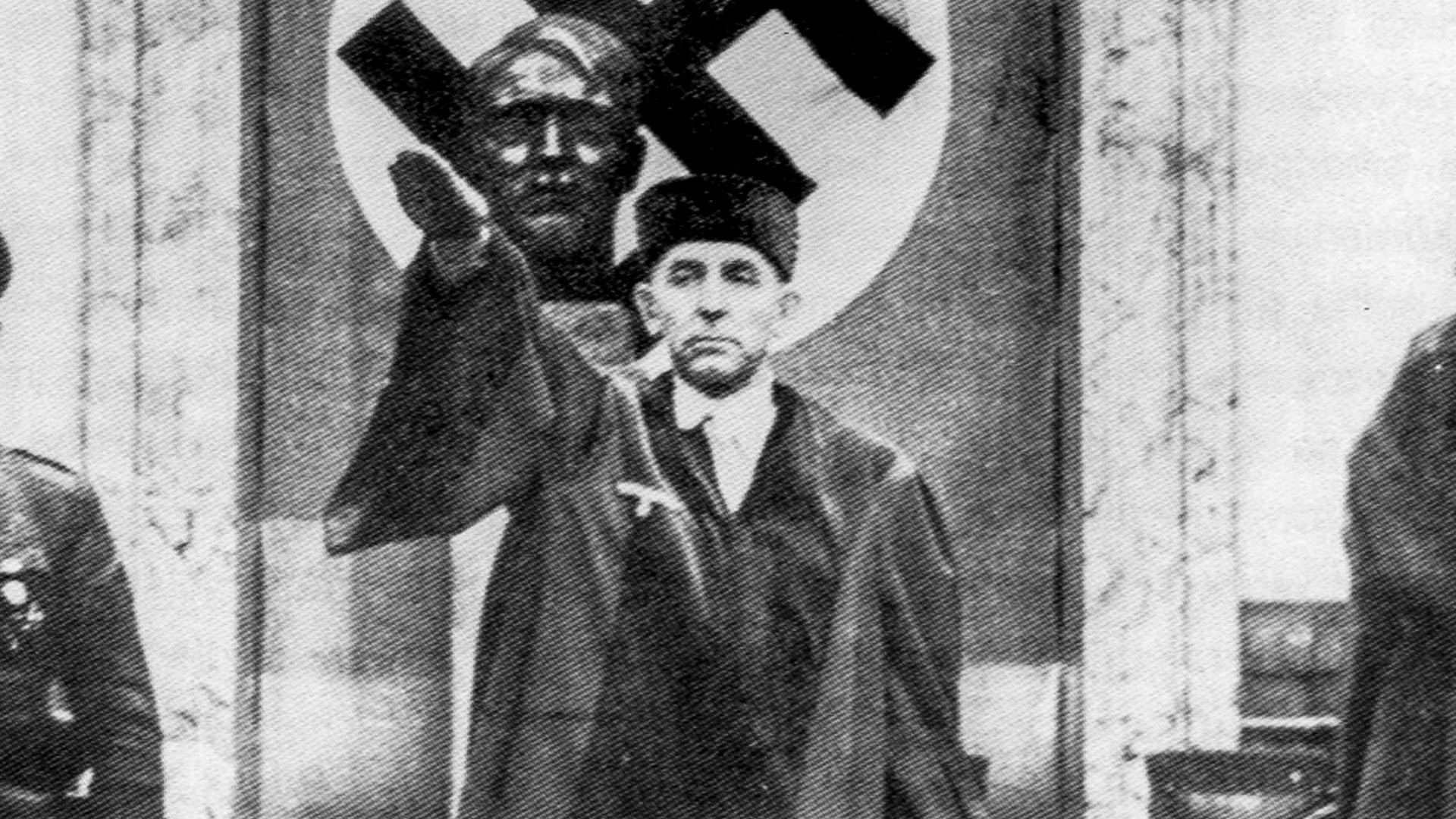 The president of the People’s Court of the Third Reich, Roland Freisler, was, in the words of American historian William L. Shirer, “perhaps the most sinister and bloodthirsty Nazi in the Third Reich after Heydrich”. Before he became a fanatical follower of Hitler, however, he had held diametrically opposite views.

At the outbreak of World War I, Roland Freisler, a native of Celle in Lower Saxony, enlisted as a volunteer for the front. Having manifested outstanding bravery on the battlefield, he was awarded the Iron Cross 1st and 2nd Class. 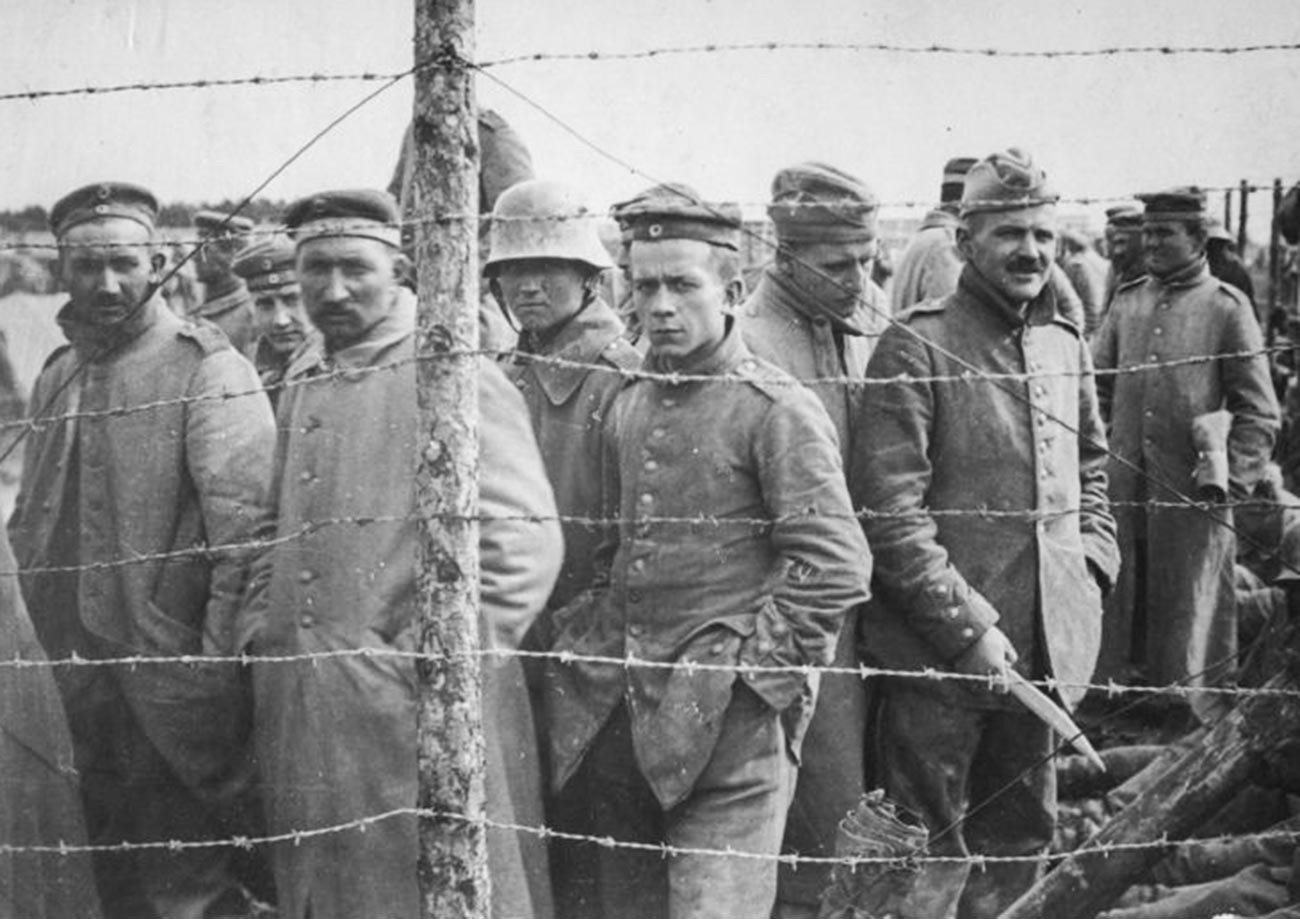 But Freisler’s combat path was not a long one - in 1915, he was captured by the Russians. When he was in a prisoner-of-war camp, the 1917 Russian Revolution erupted and the Bolsheviks came to power in Russia.

Roland Freisler was deeply influenced by Communist ideas, he read the works of Marx and Engels and learned to speak Russian quite well. In 1918, German prisoners started returning home en masse, but Freisler stayed behind in a Russia engulfed by Civil War. 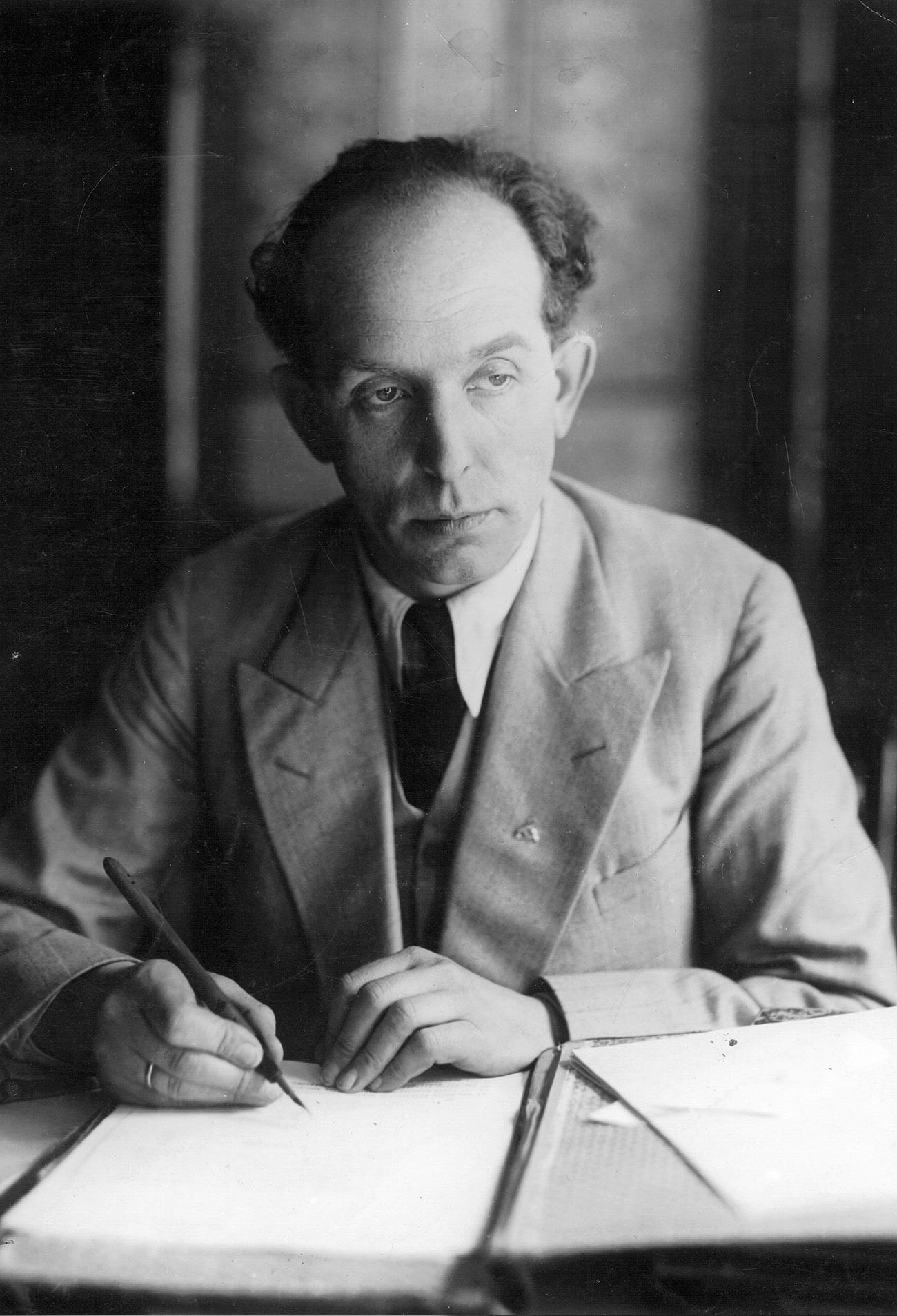 Little is known about this period of Roland Freisler’s life. According to one version of events, having joined the Bolshevik Party, he was appointed a food commissar and was responsible for procuring food supplies for the state. According to another version, he even went to work in the  state security organization, the VChK, commonly known as the ‘Cheka’.

Roland Freisler returned to Germany in 1920 and devoted himself to the legal profession. He completely changed his political views and, in 1925, joined the National Socialist German Workers’ Party. 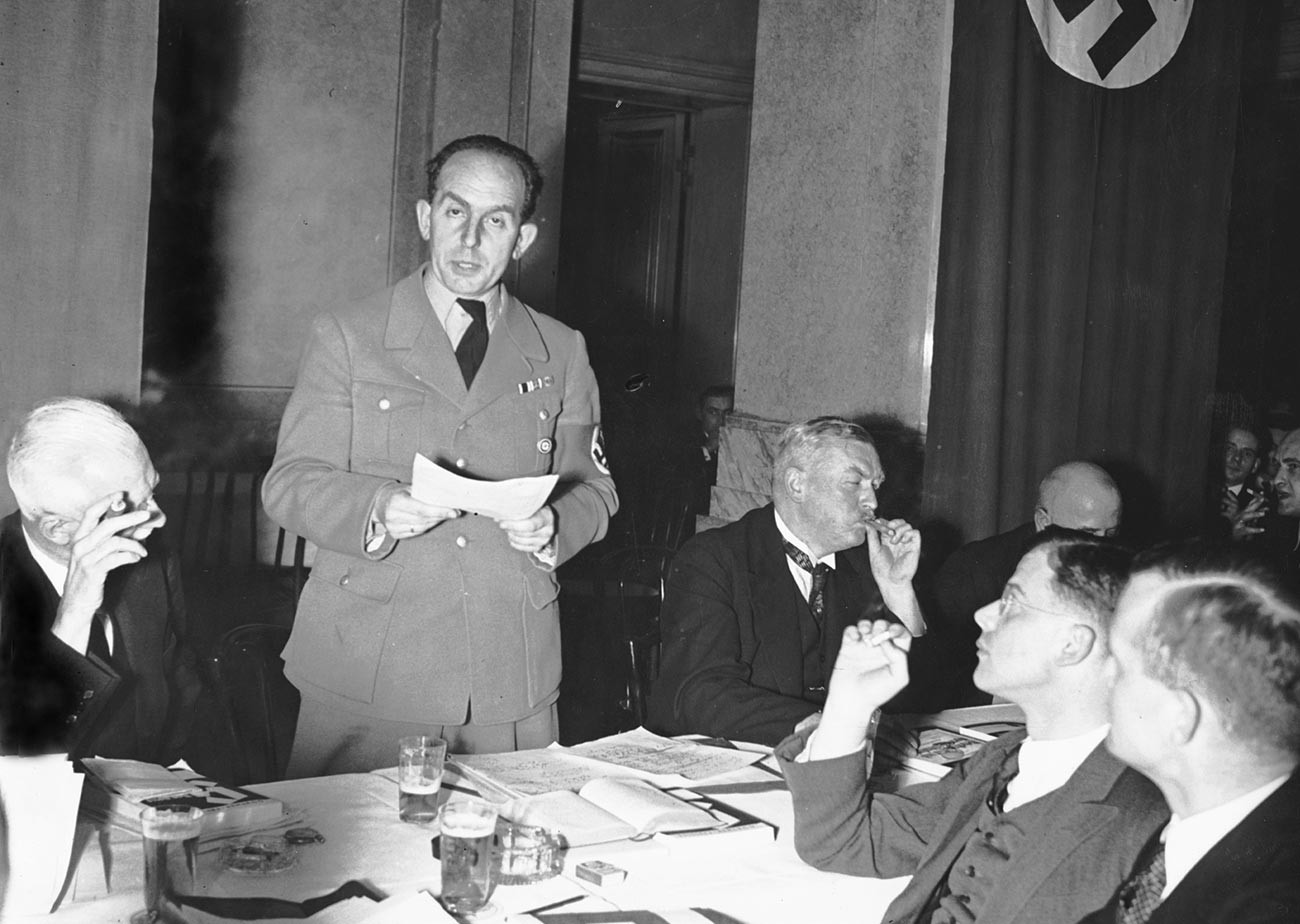 Freisler spent his entire life trying to consign his Bolshevik past to oblivion, demonstrating a fanatical personal devotion to Hitler and describing himself as the Fuehrer’s “political soldier”.

But the leader of the Third Reich always remembered this awkward fact about his henchman’s past and would half-jokingly refer to Freisler as “our Bolshevik”. Hitler ruled out his candidacy for Justice Minister, but, in 1942, gave the go-ahead for him to take up the chairmanship of the People’s Court. 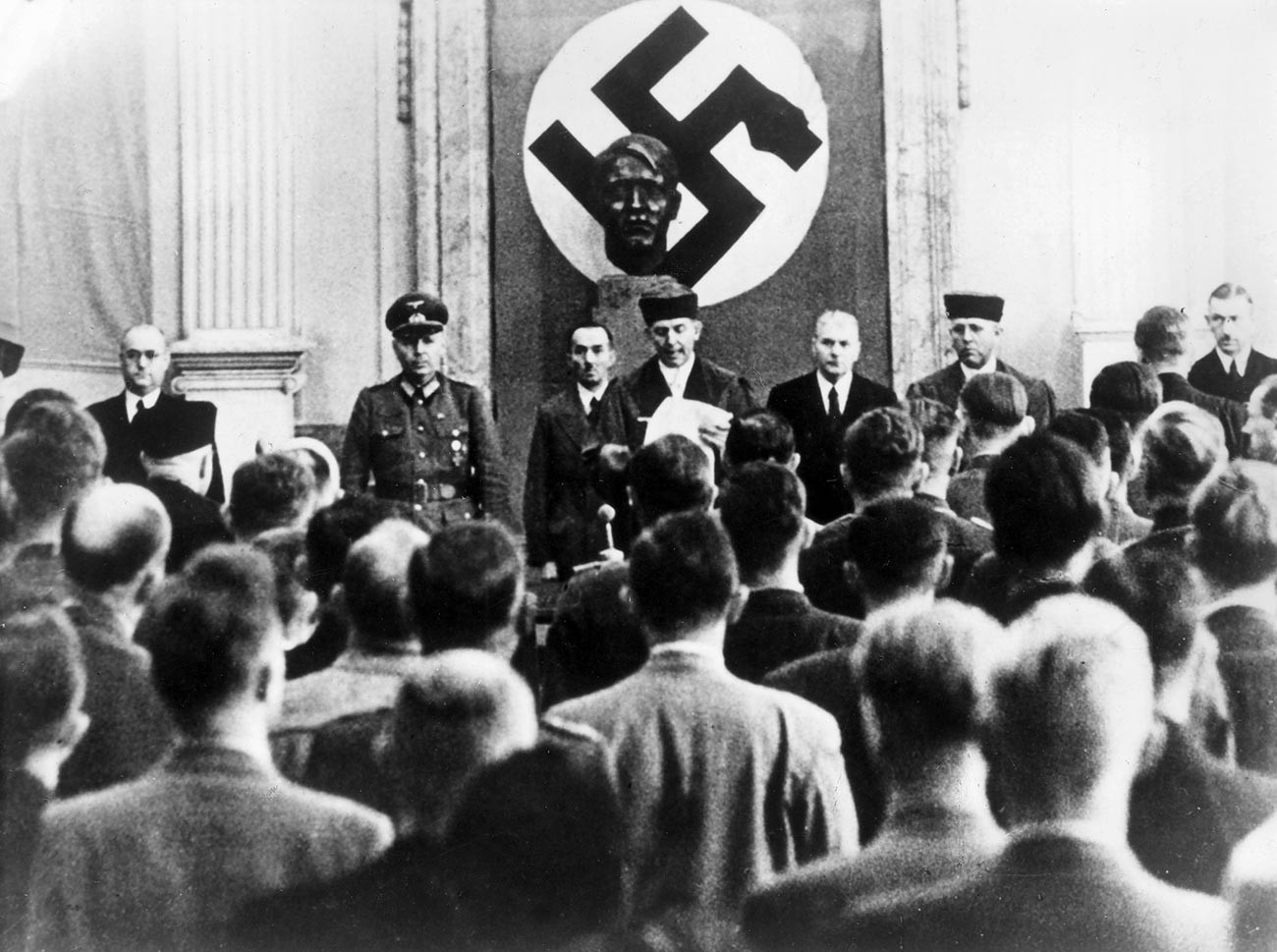 Established in 1934, the People’s Court of the Third Reich was the highest special judicial authority in Nazi Germany and examined cases of treason, espionage and other political crimes. It was almost impossible to evade the death penalty in this court. Executions could even be meted out for careless talk along the lines of “the war is lost” or “the Fuehrer is ill”. Only very few individuals were “lucky” enough to end up in concentration camps.

As chairman of the court between 1942 and 1945, Freisler sent 4,951 people to their deaths. In the eight years of its existence before his appointment, a mere 292 death sentences had been passed. 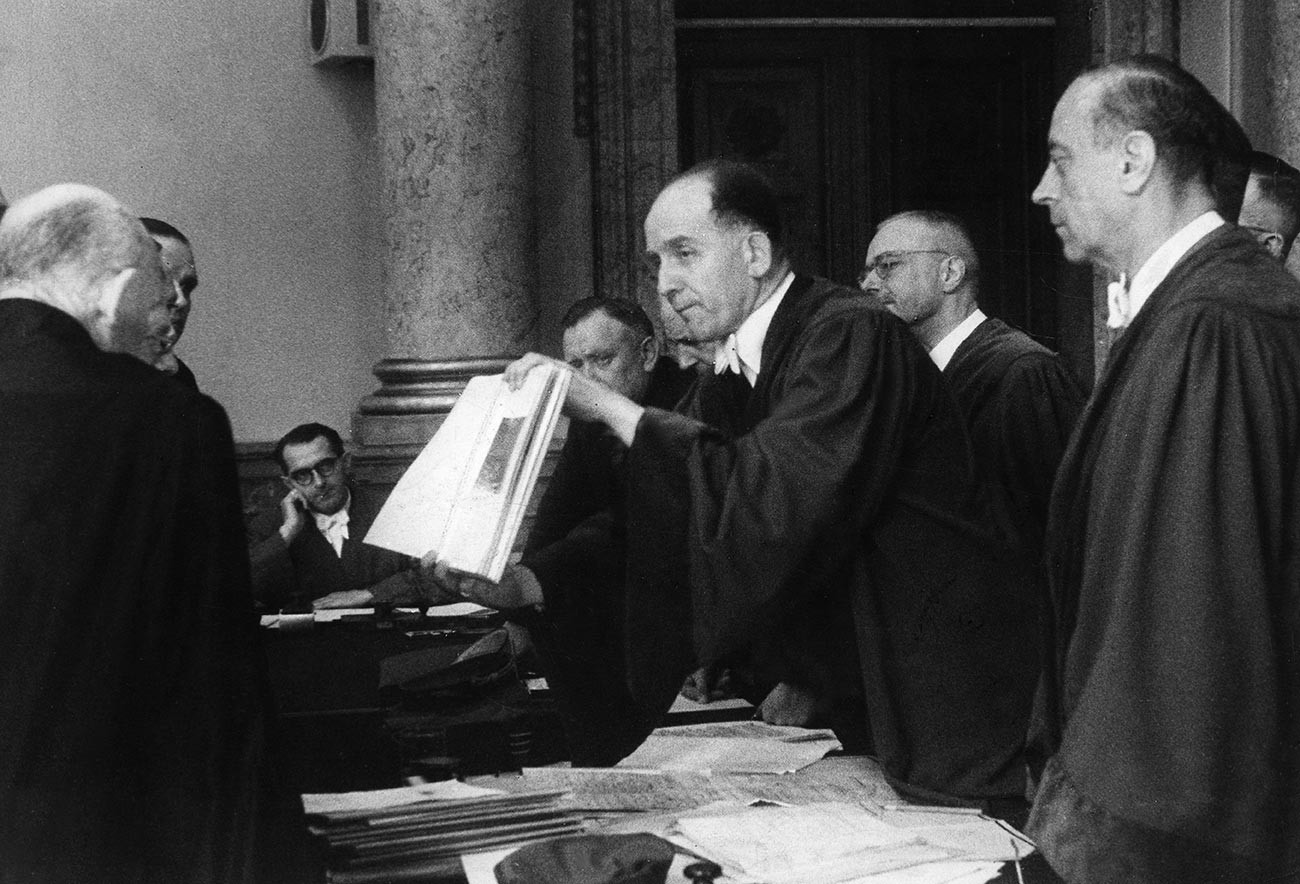 Through Roland Freisler’s efforts, the leaders of the White Rose underground resistance group and also Elfriede Scholz, the sister of famous writer Erich Maria Remarque (she was charged with “seditious mendacious propaganda in favor of the enemy” and “undermining the country’s defense capability”) were sent to the guillotine. “Your brother is unfortunately beyond our reach - you, however, will not escape us,” he told her in the course of the trial.

Freisler’s most high-profile case was the July 20, 1944, attempt on Hitler’s life. The chairman of the court did not mince his words and called the organizers of the plot donkeys, idiots and scum. To judge by the minutes of the proceedings, he spoke four times more than the accused, the lawyers and the prosecutors put together. 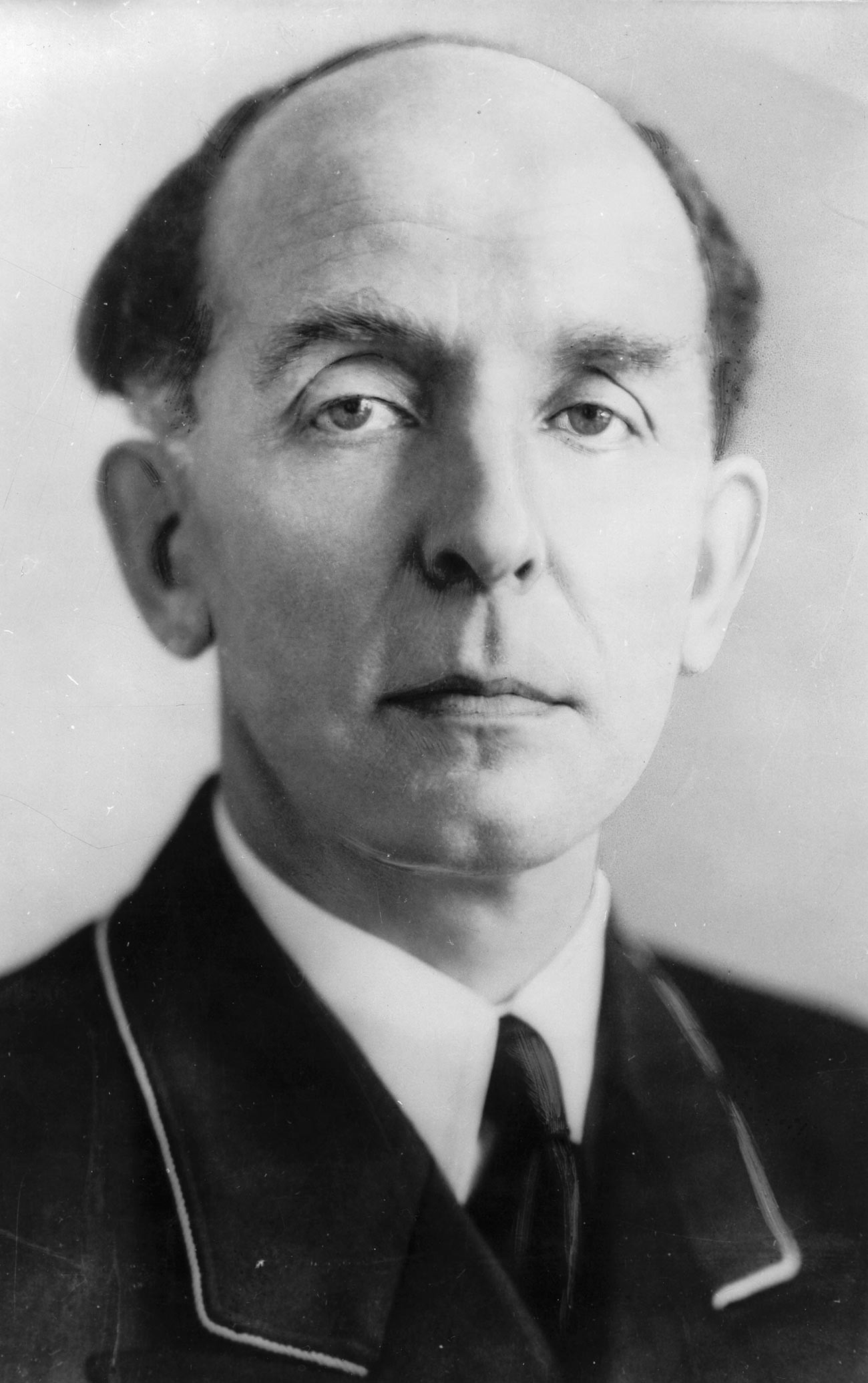 Ronald Freisler would undoubtedly have found himself in the dock at Nuremberg, if fate had not decreed otherwise. On February 3, 1945, he was fatally injured in an American air raid on Berlin. On his last day alive, he had still managed to sentence four people to death.