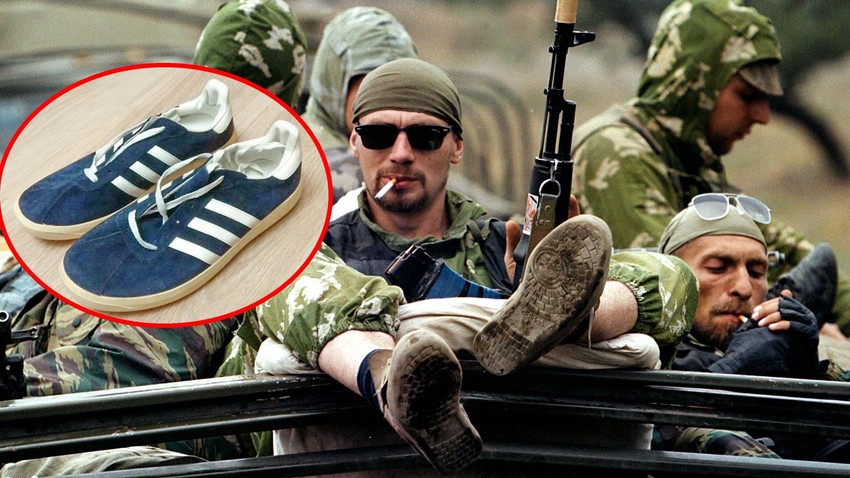 Reuters; Avito
Adidas sneakers were a mainstay in the Soviet Olympic team. Then, the shoes were sold under a completely different name. Later, however, they were seen being worn by the Spetsnaz in Afghanistan.

Despite the Soviet Union’s official disdain for all things Western, there was actually an active and close partnership between the USSR and the “amoral” West. The ties were, of course, never acknowledged publicly, but their proof remains in foreign media and the Soviet internal archives. Adidas was one of these points of convergence. 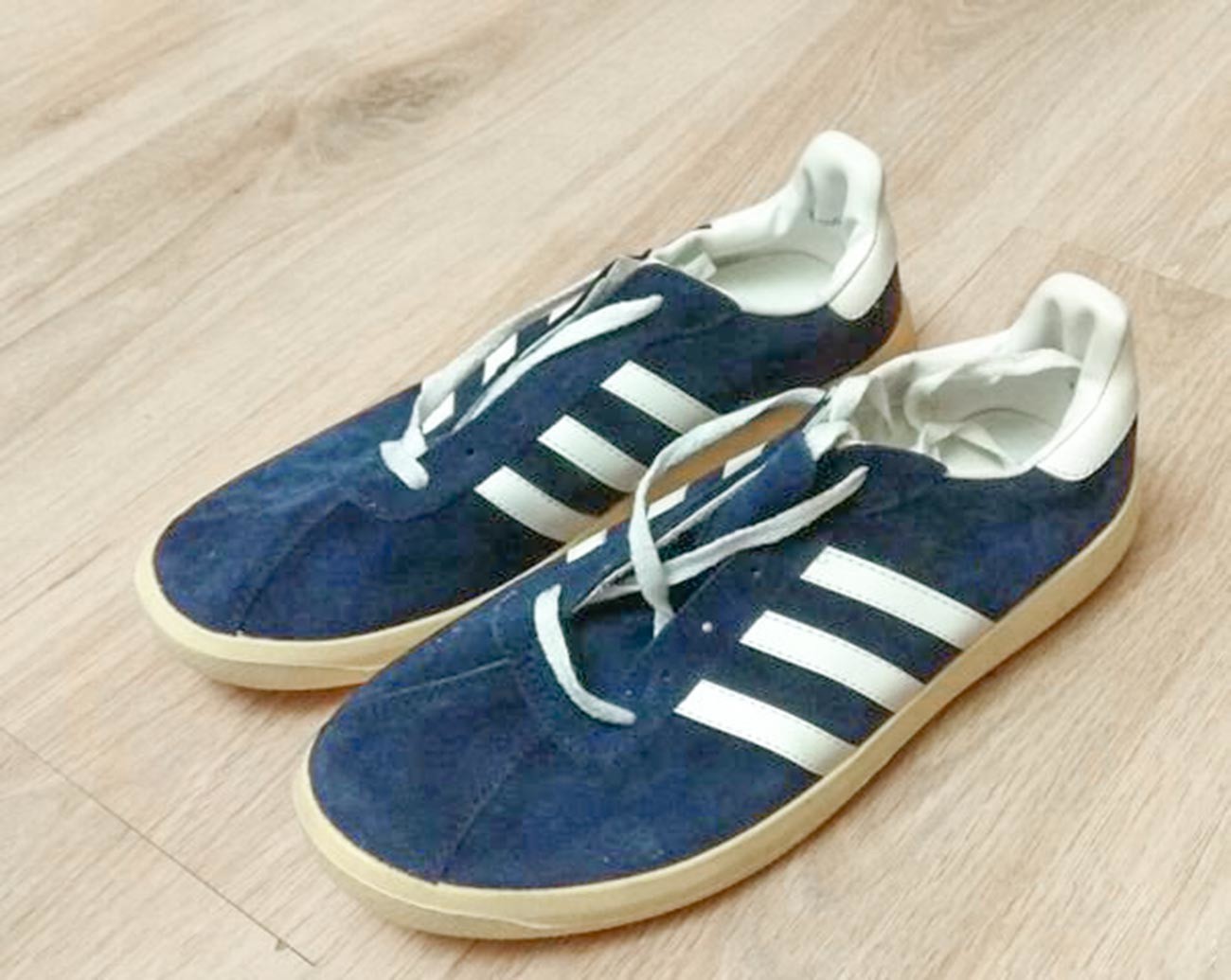 After World War II, the Olympic Games became one of the main platforms for product placement, albeit unofficially. Every company under the sun dreamed of seeing the best athletes exhibiting their product. The USSR was especially attractive in that regard, since Soviet athletes were among the strongest in the world and the country’s reclusive nature was always a source of increased attention.

The union between Adidas and the USSR is widely considered to have begun in 1980, when Moscow hosted the Olympics. But the collaboration actually began much earlier. 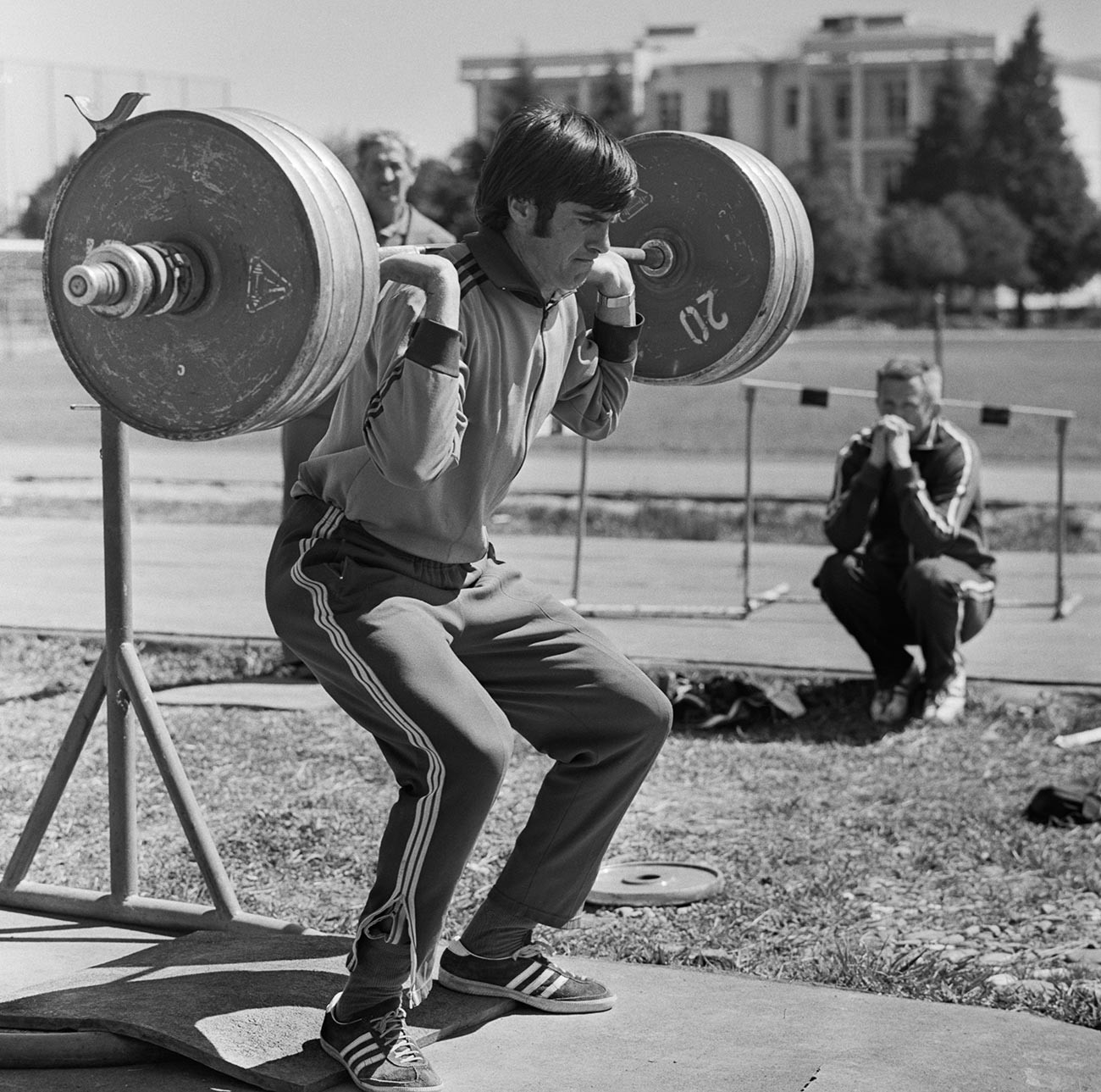 Other Western brands were also often seen on Soviet athletes. In 1965, The New York Times, citing AP, reported on the order of 46 pairs of basketball shoes from the Converse Rubber Company.

The explanation for these double standards was quite simple: the USSR wasn’t competitive enough in terms of sportswear, having neither the technology, nor the materials. But, it also had to find a way to conceal the unconscionable partnership with Western imperialists. The solution was also quite simple.

And so, in the latter half of the 1970s, Soviet leadership set about establishing an official partnership with Adidas. The company became the official supplier for the upcoming Olympics, with footwear accounting for most of the shipments. However, in 1979, the Soviet incursion into Afghanistan had precipitated an international boycott and a sharp decline in relations with the West. A total of 65 countries, including West Germany, pulled out of the games as a result, with Adidas finding itself in a tough spot, having a lucrative contract already in place. So, they had no choice but to play ball. Moreover, according to historical documents, Horst Dassler, the CEO of Adidas at the time, had to become a de-facto foreign envoy of the USSR in this uneasy period around the games. This unofficial role entailed keeping the Soviet leadership up to date on the goings-on regarding the prevailing attitudes toward the country. 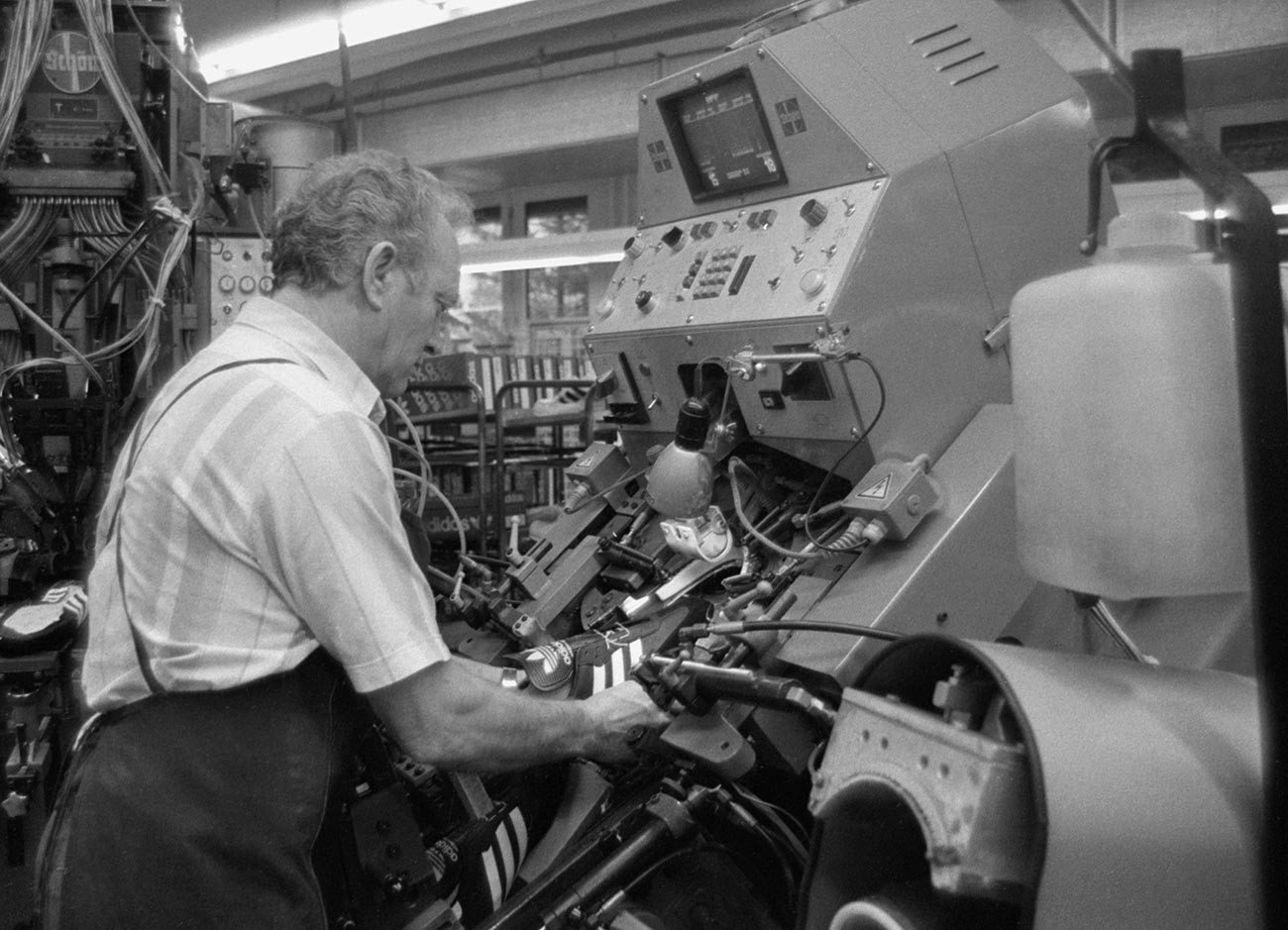 The Soviets, for their part, issued stringent requirements for the capitalist company. The first was to remove all the logos and the ‘Adidas’ name, so as not to have the Western brand be seen in the same photo with Soviet athletes. Second, the company had to transfer production of the entire line to the Soviet Union and leave the equipment there after it was finished. 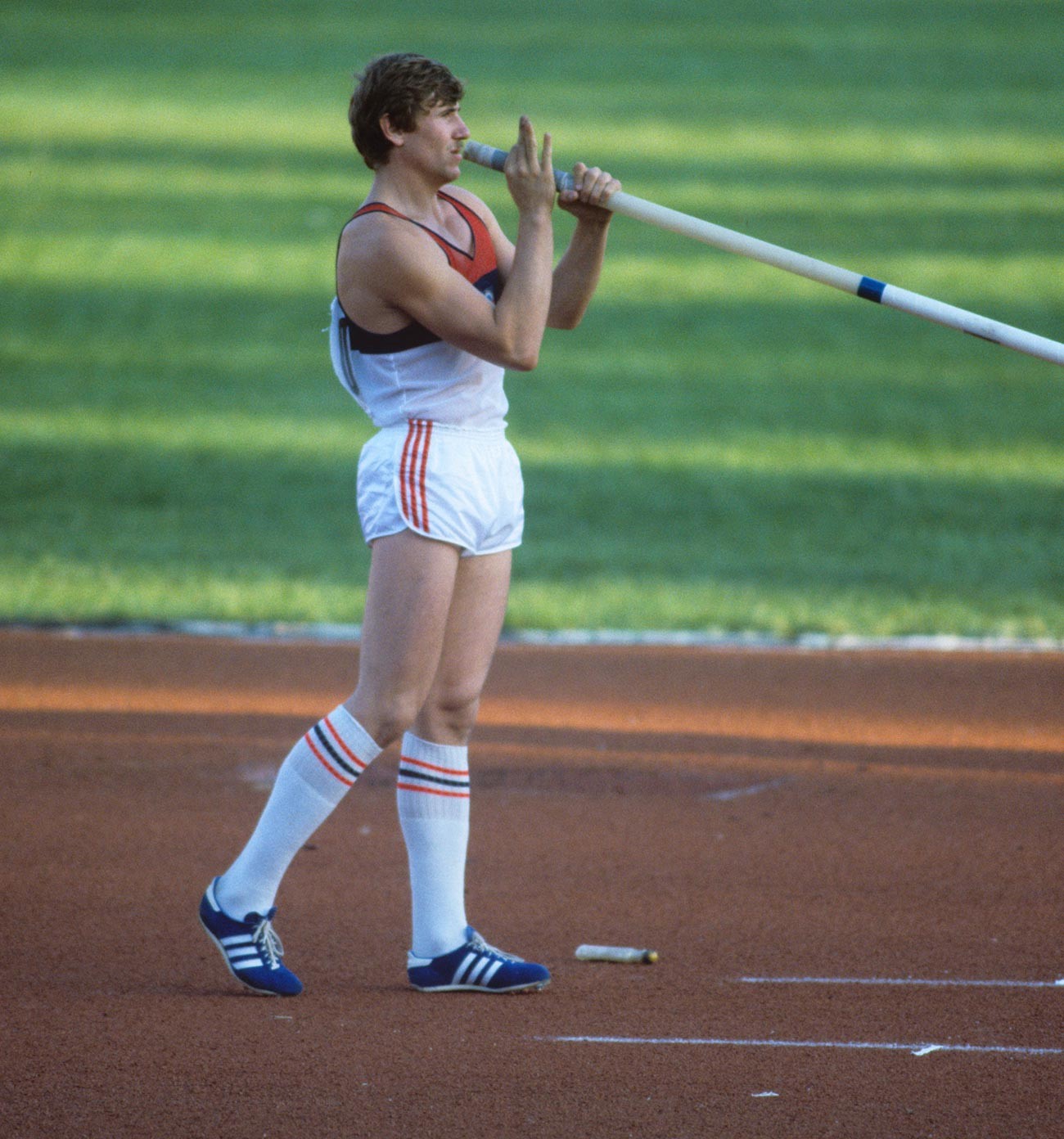 To accomplish that, the Soviets purchased the license to produce on Soviet territory. For the German company, this was standard practice, with the USSR becoming the 20the country to start producing Adidas sneakers. Aside from the license itself, they had to buy the equipment, chemicals and other materials. However, an audit revealed that the Soviet Union only possessed three types of artificial materials from the list of those required to manufacture the shoes.

The cult ‘Gazelle’ model was produced in several color variants. You could hardly find them in a store, however: a portion of the product was immediately exported, with the other part going to the Soviet athletes - who only got them in blue, leading to the assumption that no other version was being produced. The legendary three stripes were left in place, but the ‘Adidas’ name was swapped out for the word ‘Moskva’. Which is also what they became known as. 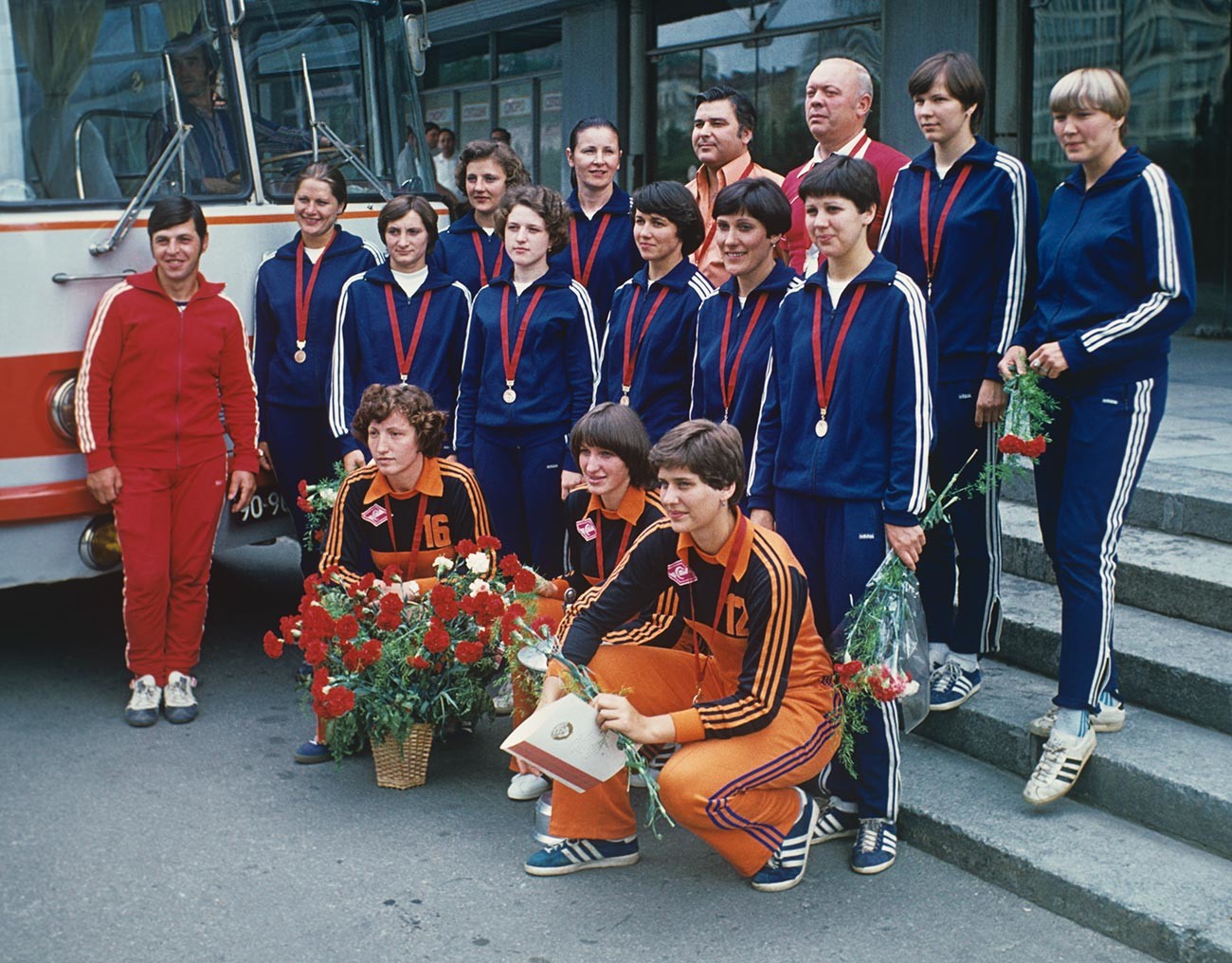 A portion of the product was immediately exported, with the other part going to the Soviet athletes - who only got them in blue.

It was then that the Soviet public adopted the widespread fashion of wearing sneakers: “Before [the Olympics], there wasn’t really a cult. They were worn more as sports shoes and you would never see the shoes worn at the office or in other respectable environments,” a woman who lived through those days remembers. “Prior to the Olympics, there was a lot of PR done for the team, including photos, especially on foreign soil, with movie-style shots… so everyone paid close attention and it was decided that wearing jeans with sneakers was an everyday clothing choice and everyone began pursuing the trend. Suddenly, sneakers were in fashion, even the ones produced domestically, which ended up creating a deficit.” 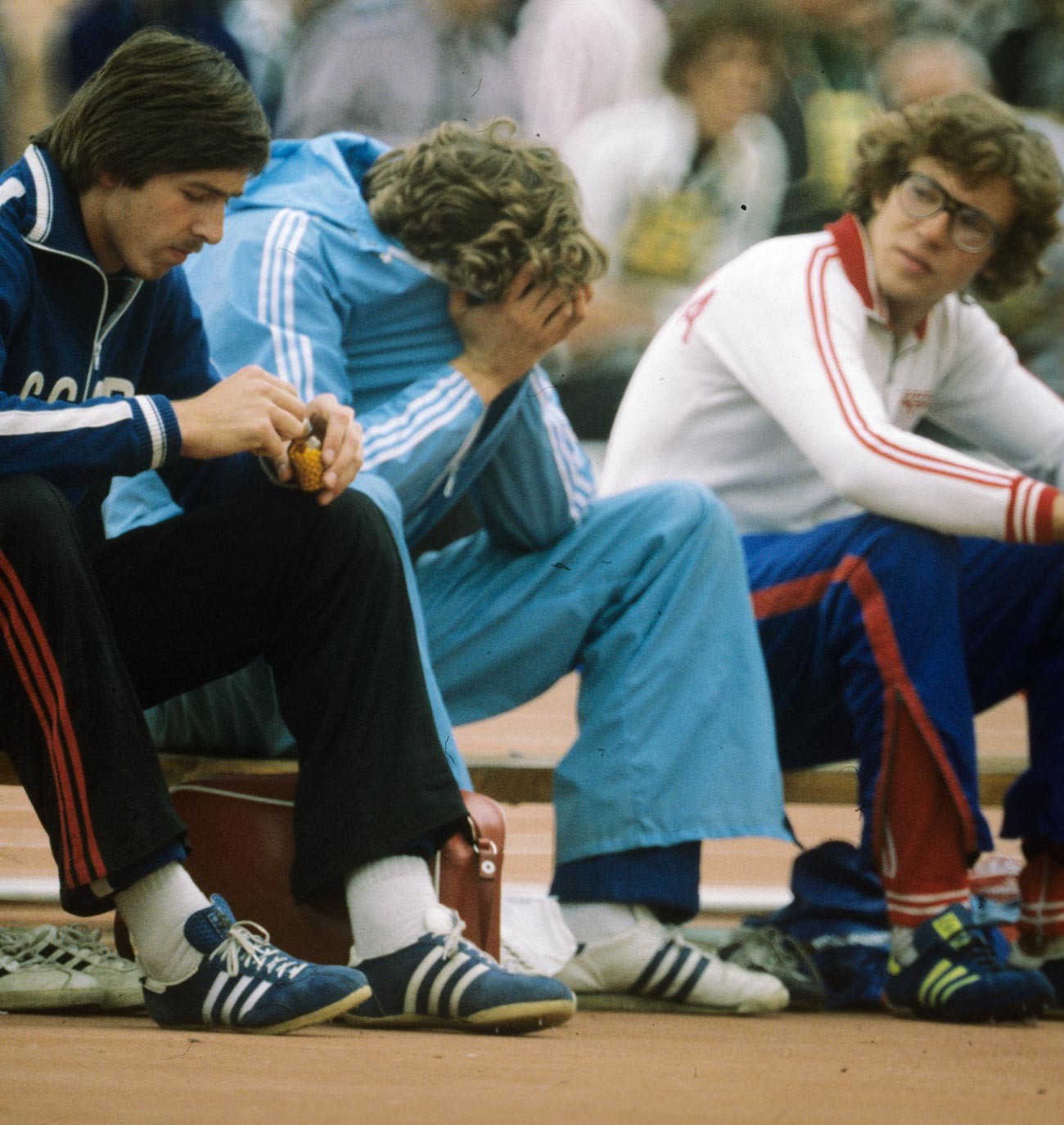 Attempts were also made to manufacture jeans in the USSR, but they were a failure - the result looked nothing like what was popular in the United States. Understanding that the same could happen with the shoes, Adidas decided to enact a strict staff selection process.

Misha Ulikhanyan, the director of the Egvard sports shoes factory, who’s been manufacturing Adidas products since 1985, recalled: “The Germans arrived here, hiring a bunch of young girls under 23 years of age, not accepting anyone older. They just didn’t allow it And [another condition] was that they couldn’t have had prior employment or possess any other specialization. As, at that age, you couldn’t have had enough expertise yet to learn to produce sloppy work. So their training would only be in producing Adidas, with no experience in producing sub-par footwear.”

Cool shoes for the Spetsnaz

As a result, the sports shoes produced in the USSR were actually high quality, just as you’d see in Germany. And, for that reason, the ‘Moskva’ brand, ended up on the feet of soldiers in Afghanistan, which had served as pretext to boycott the Games. 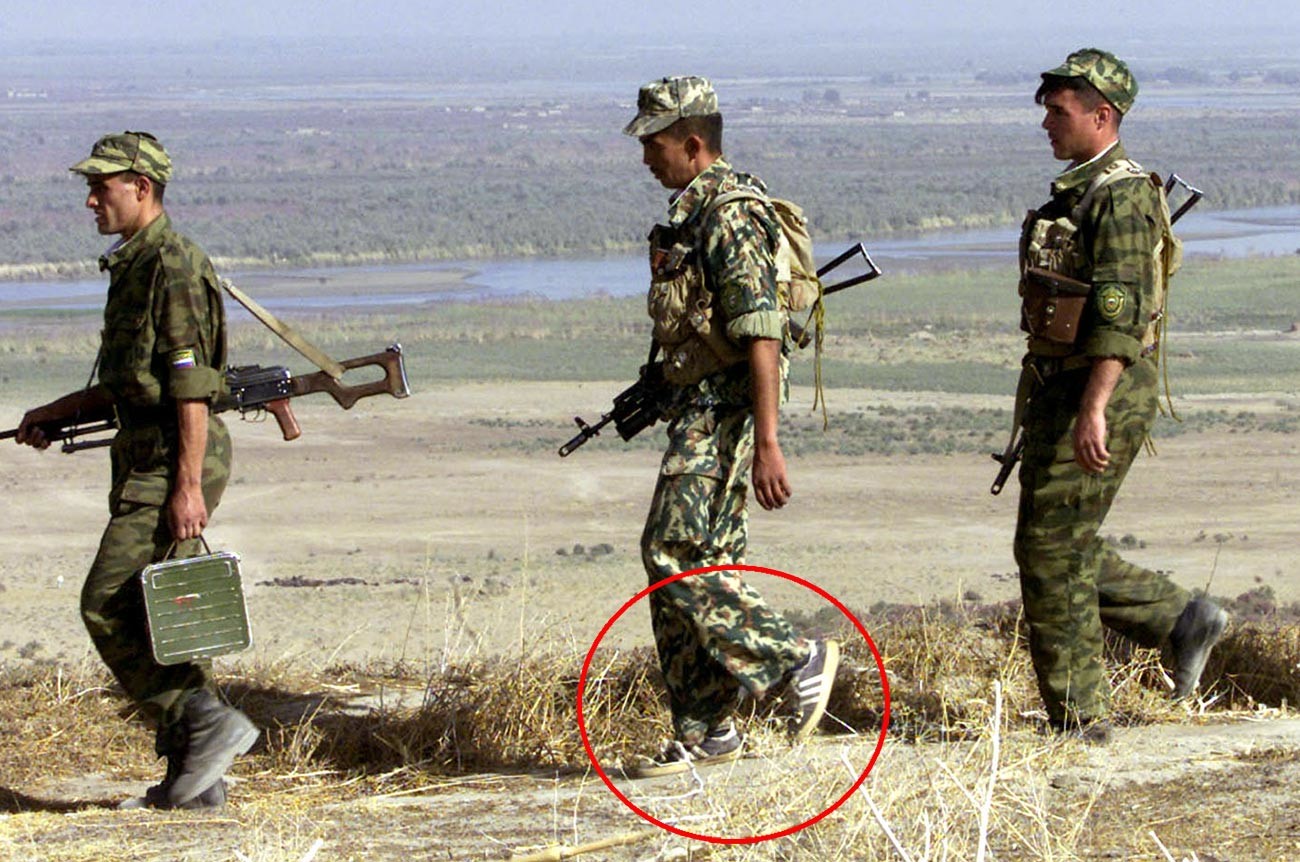 Soviet command was against the appearance of any publications with photos that featured the shoes.

The crux of the matter was that the equipment on offer in the USSR was just not up to par when it came to Afghan soil and the shoes were an especially big issue: Soviet boots made too much noise and weren’t suitable for scaling mountainous terrain. 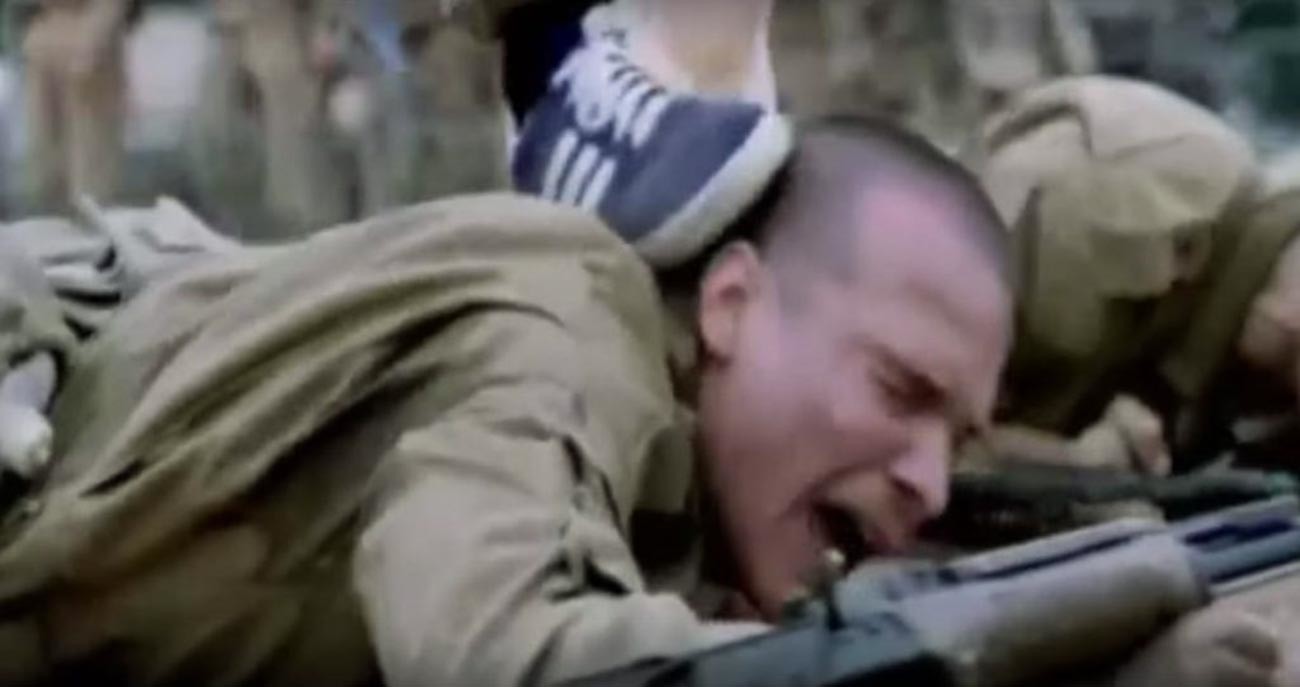 Shot from the movie "The 9th Company"

As a result, members of Soviet elite forces, such as the VDV (the paratrooper division) and Spetsnaz, were given permission to improvise - to choose their own “universal” shoes, suited to the requirements posed by the geographical location. The ‘Moskva’ shoe seemed like the ideal choice, save for one PR issue: The commanders were issuing what were, essentially, tennis shoes to their soldiers, according to a U.S. military research report from 1995. 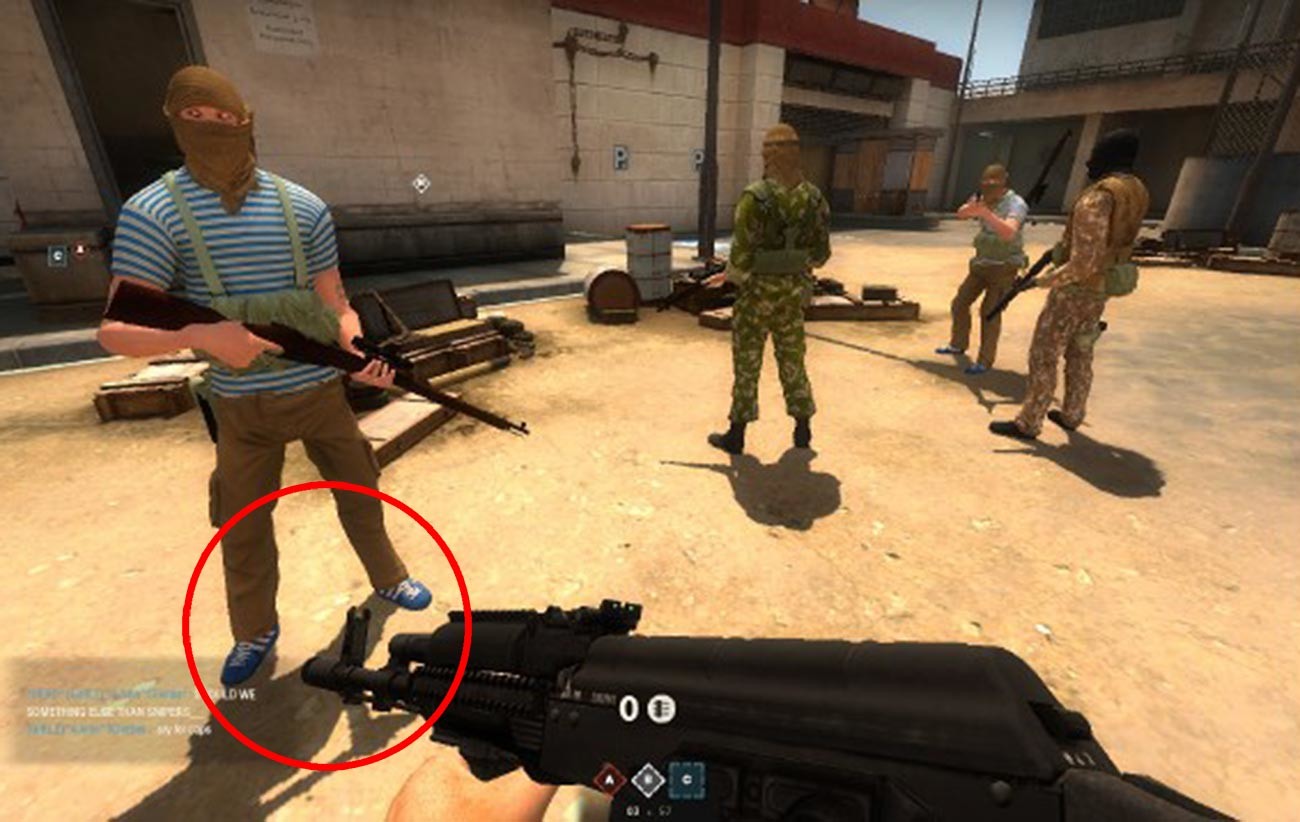 Soviet command understood this, so was against the appearance of any publications with photos that featured the shoes. Nevertheless, a few did manage to make it into the media - and so, the ‘Moskva’ shoe was catapulted to cult status. The trend for the shoes blew up so massively that the particular model used in Afghanistan was immortalized (with the Chechen military campaign following in its footsteps): they began popping up in movies and military reenactments, on toys and action figures and in various game environments. 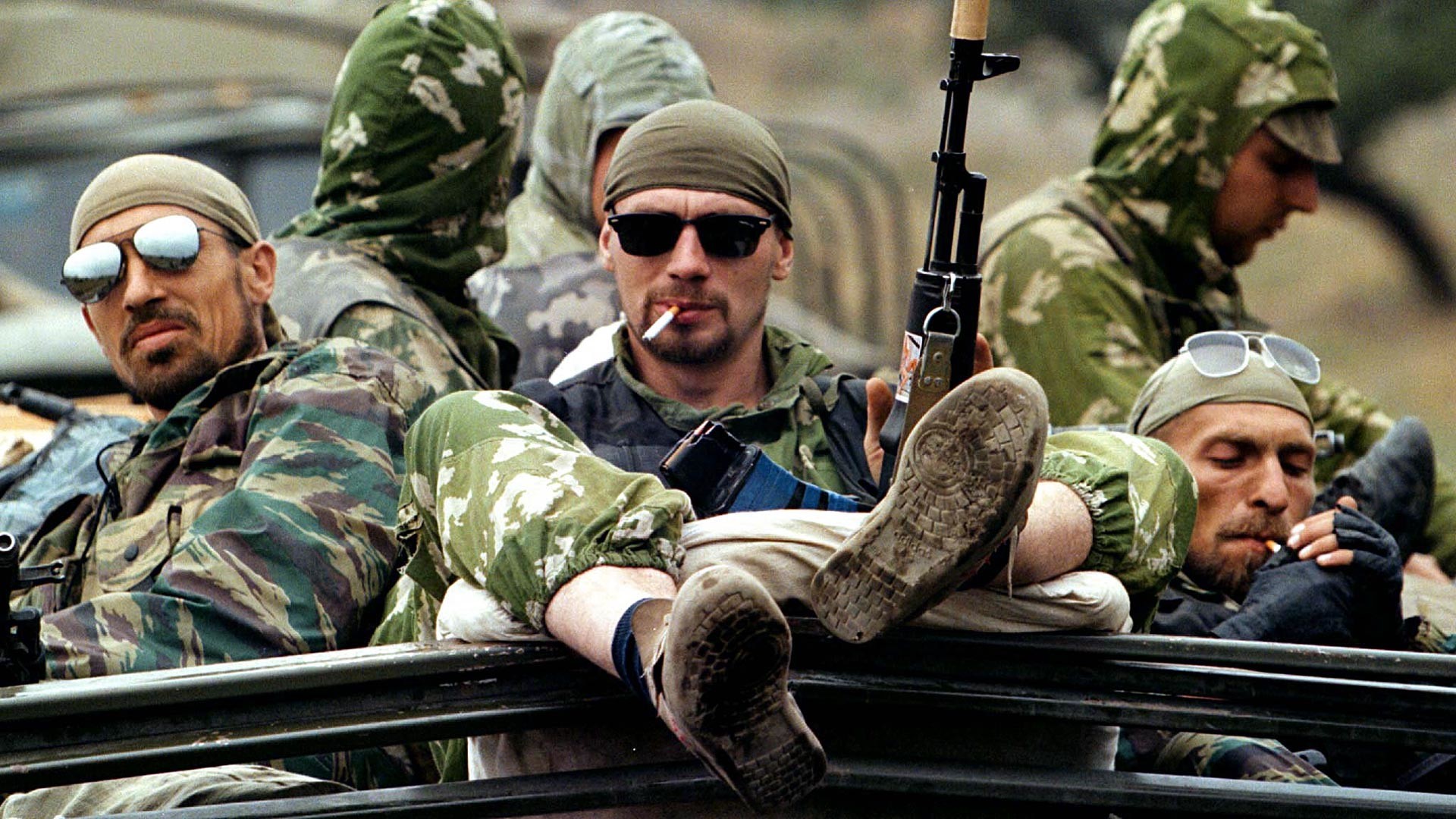 Soviet boots made too much noise and weren’t suitable for scaling mountainous terrain.

Production of the ‘Moskva’ model ended only in 2011, when they were replaced by modern footwear, as part of wide-ranging Russian military reform.