When did Russia become independent? 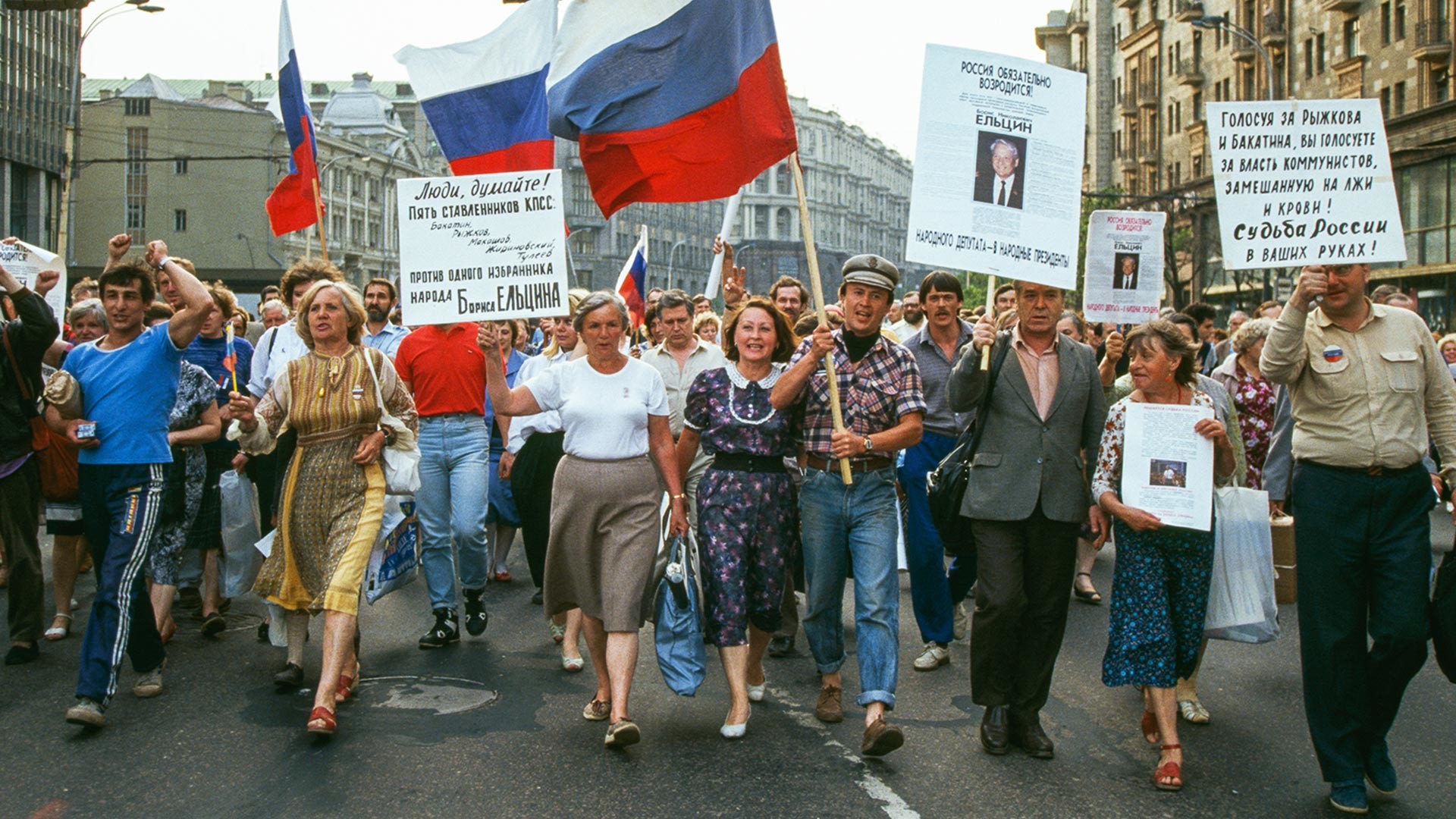 Georges DeKeerle/Sygma/Getty Images
In its long and brutal history, there was only one time when Russia was conquered by another state.

Despite suffering major defeats and losing wars, Russia has always retained its independence. Only the Mongol invasion was a bitter exception.

In 1922, the word “Russia” once again disappeared from the political map of the world. This time it was voluntary – the country became the core of the newborn Soviet Union.

The Russia that the world knows today came into being on June 12, 1990. This date, known as Russia Day, is celebrated annually by millions of Russians. 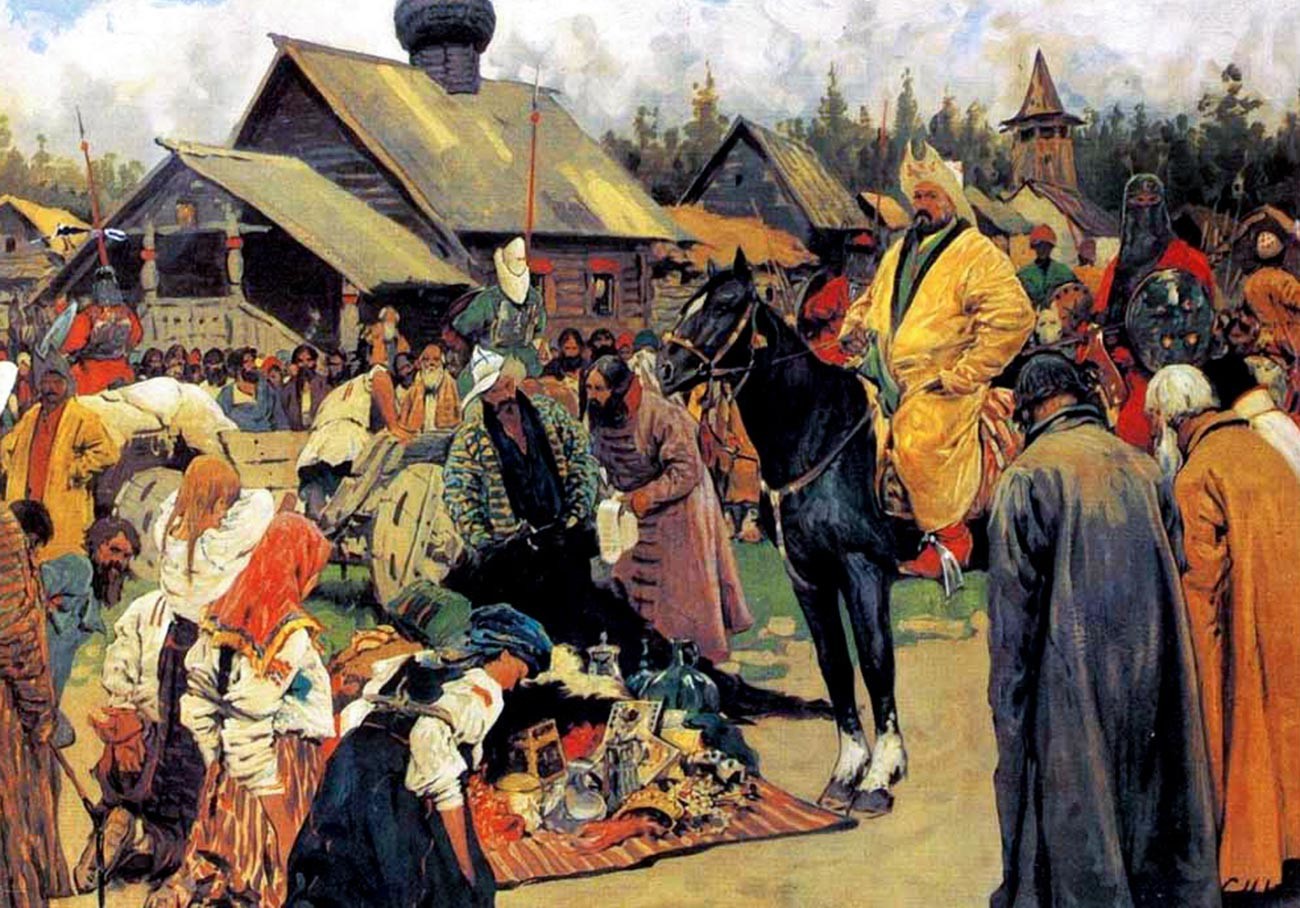 In the mid-13th century, the Mongols marched with fire and sword through the territory of Rus, which at that time was in a state of feudal fragmentation. One by one, nearly all the Russian principalities were subjugated by the descendants of Genghis Khan.

For more than two centuries, Russia found itself politically and economically dependent on the Mongols. Although the conquerors did not maintain any permanent garrisons in Russia’s cities, any disobedience to the will of the khans or refusal to pay tribute resulted in swift and brutal retribution. The Mongol rulers decided which of the Russian princes would rule and which would not, who would live and who would die.

During the period of the so-called Tatar-Mongol yoke, the strongest of the Russian principalities fought amongst themselves to gain the upper hand in the Russian lands. Expressing outward submission to the foreign invaders, they increased their influence and expanded their territories as much as they could. It was common practice back then for Russian princes to defeat a rival by calling upon Mongol troops for assistance. 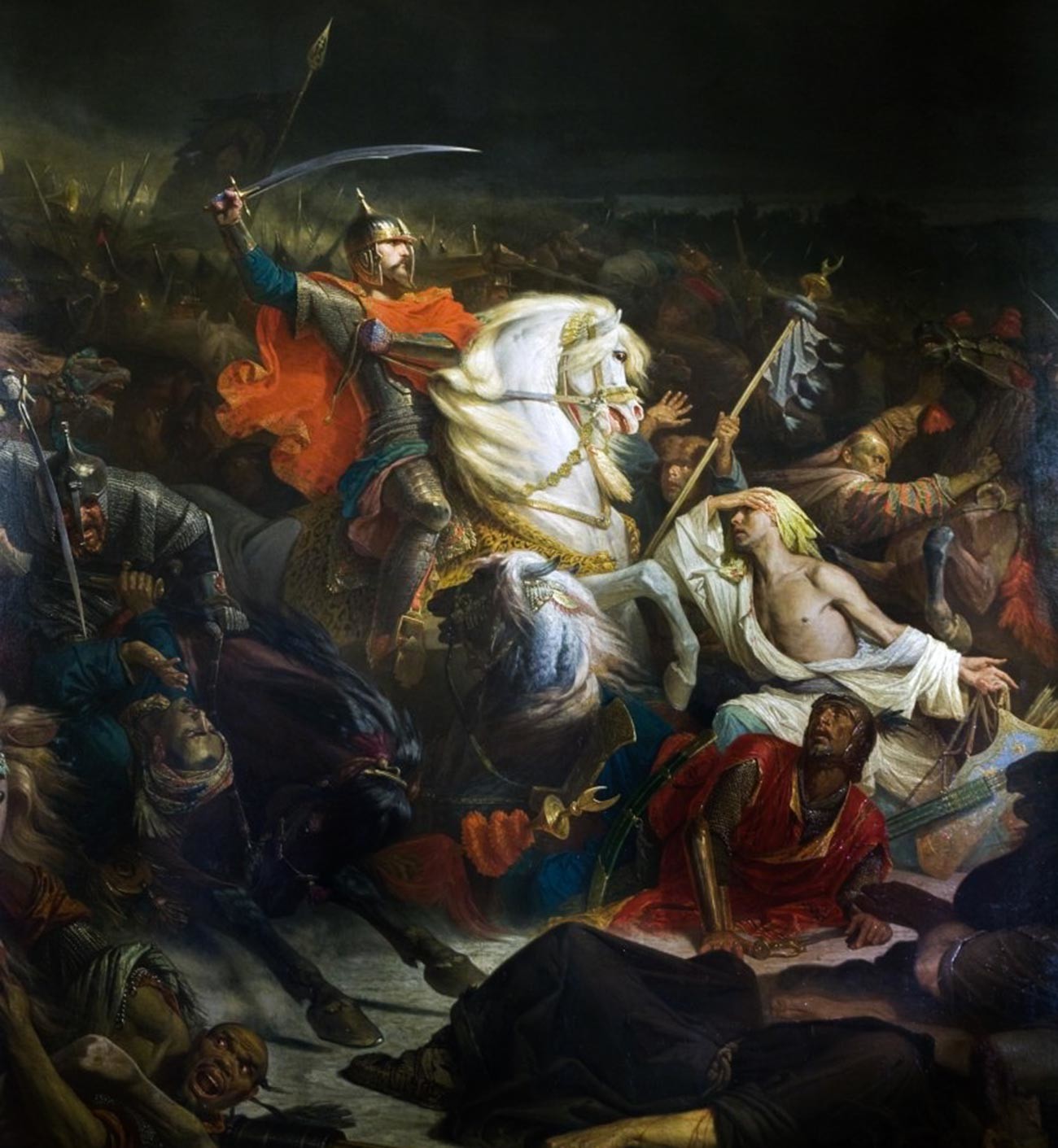 Dmitry Donskoy in the Battle of Kulikovo.

By the end of the 14th century, the Grand Principality of Moscow, aka Muscovy, having become the de facto center of unification of the Russian lands, had grown strong enough to openly challenge the Mongols. In 1380, Prince Dmitry Ivanovich of Moscow defeated the troops of the temnik (military leader) Mamai in the Battle of Kulikovo Field. However, it took another century for the Russians to achieve complete liberation.

In 1472, in the Battle of Aleksin, Ivan III defeated the army of Khan Akhmat, whereupon Muscovy ceased paying tribute to him. Eight years later, Akhmat attempted to regain his influence. Both armies lined up on the banks of the river Ugra, but the khan did not dare to cross and led his soldiers away. The "Great Stand on the Ugra" marked the completion of the Russian state’s political independence from the Mongols.

Collapse of the USSR 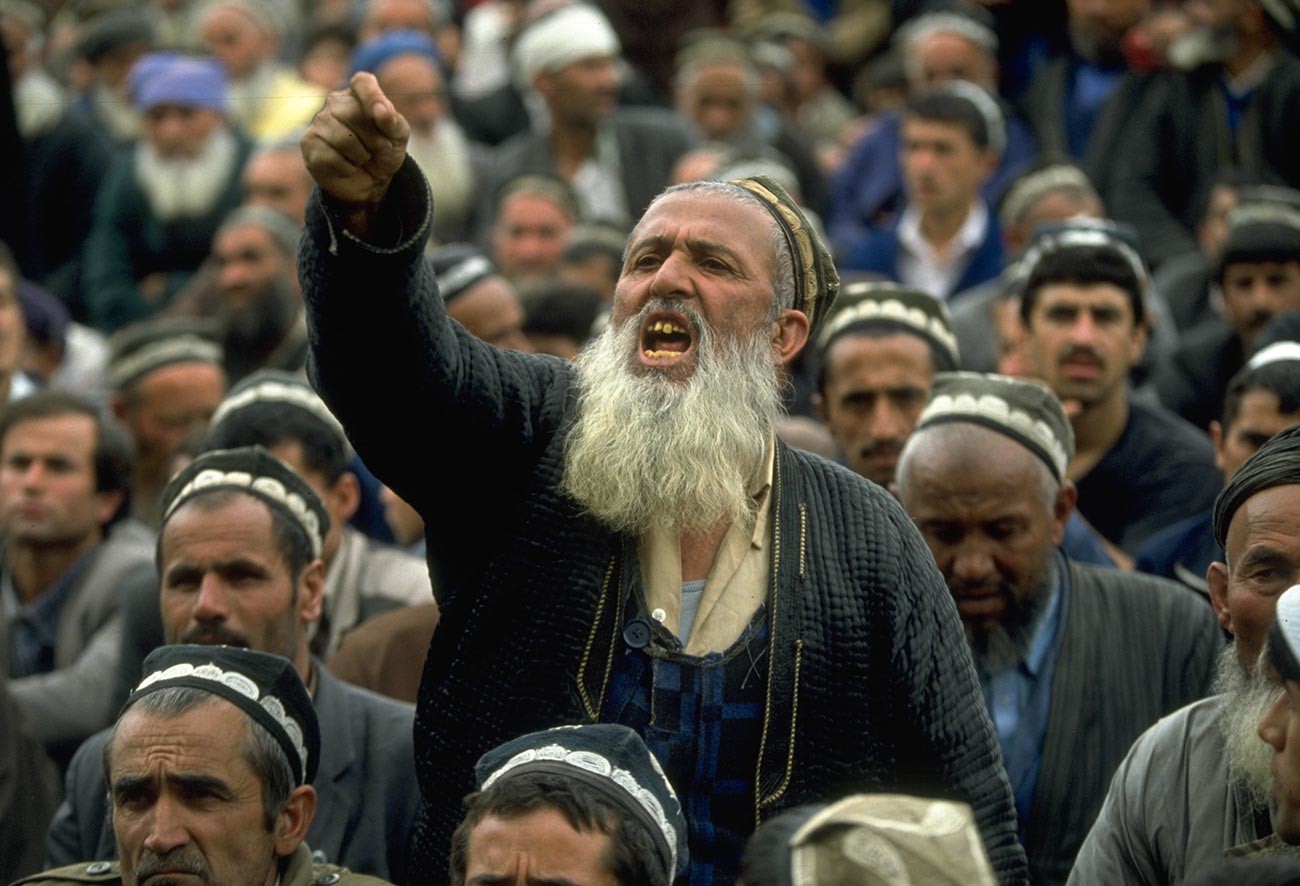 The word "Russia" disappeared from the political map in 1922 with the creation of the USSR. The Russian Soviet Federative Socialist Republic (RSFSR) was the largest and most economically developed of the Soviet republics.
But by the early 1990s, the Soviet Union was no longer the state it had been just a decade previously. The far-reaching, and not always well-conceived, reforms initiated by General Secretary Mikhail Gorbachev in the mid-1980s (so-called perestroika) led not only to the democratization of Soviet society, the emergence of parliamentarism and freedom of speech, but to the most profound crisis in both the political and economic spheres.

One of the most important consequences of perestroika was the explosive growth in separatist sentiment in the republics of the Soviet Union. Since the weakened central authorities were no longer able to resist the republics’ striving for independence, one by one they adopted declarations of sovereignty. According to the 1977 Constitution of the Soviet Union, they were in fact already formally sovereign, but now it was about proclaiming the supremacy of local laws over all-Union ones for real.

This process (known as the “parade of sovereignties”) did not bypass the most important of the republics, the RSFSR itself. Although the local political elite did not set out to bring down the USSR, it was confident that it would handle the reforms inside the republic and the distribution of national resources better than the central government. 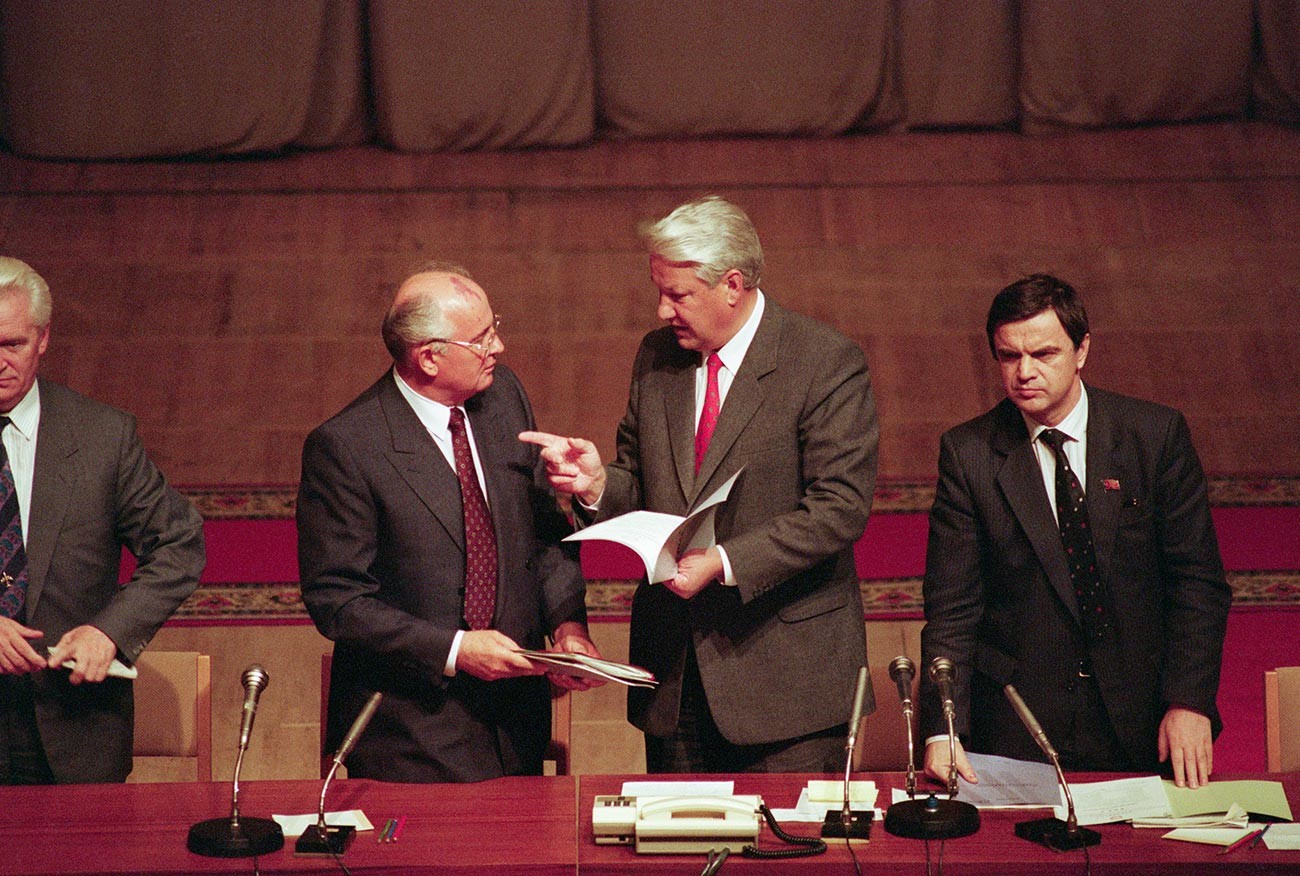 The RSFSR was the sixth republic (after Estonia, Lithuania, Latvia, Azerbaijan and Georgia) to declare its sovereignty. The declaration, adopted on June 12, 1990, by the Congress of People's Deputies, proclaimed the creation of a “democratic rule-of-law state within the renewed Union of Soviet Socialist Republics”.

The new sovereign Russia was intended to become one of the pillars of the reformed Soviet Union, but this never happened. The central government, led by Mikhail Gorbachev, and the leadership of the RSFSR, headed by Boris Yeltsin, immediately locked political horns. Moreover, following the example of the RSFSR, all the remaining Union republics proclaimed sovereignty, thereby severing or seriously weakening all political and economic ties with Moscow.

On Dec. 26, 1991, the Soviet Union officially ceased to exist; the Russian Federation (as the RSFSR came to be called) was duly recognized by the international community as the successor state to the USSR.