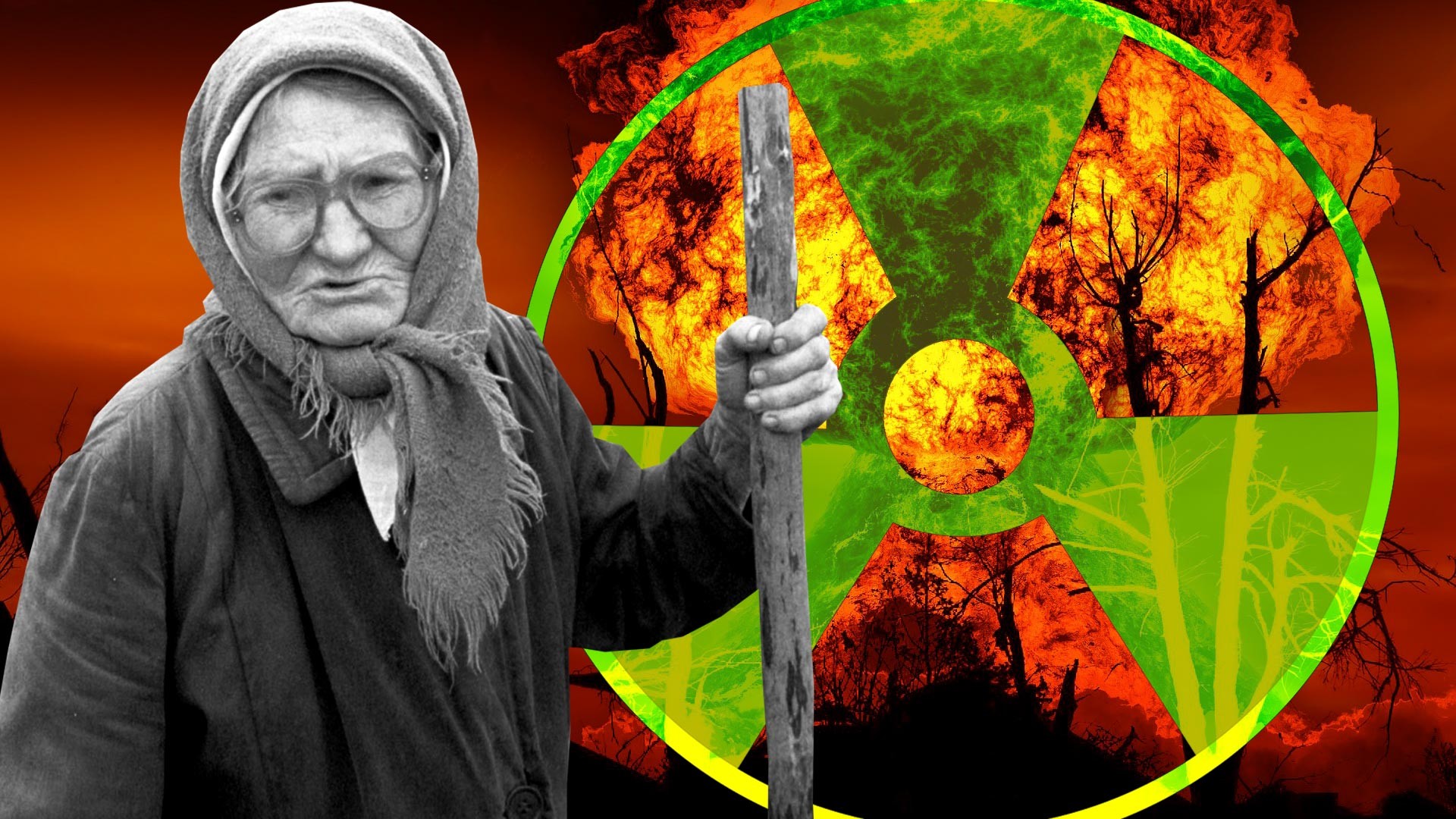 Russia Beyond (Photo: Pixabay; Nikolai Moshkov/TASS)
The ‘Ivanovo Hiroshima’ accident could have led to the radioactive contamination of one of the most important waterways of the Soviet Union - the Volga River.

On September 19, 1971, an underground nuclear explosion rocked an area on the banks of the Shacha River in the USSR’ Ivanovo Region. For almost three weeks, a powerful gusher of gas and water escaped from below ground and spewed radioactive substances onto the surface. The distance from the site of the accident to the Red Square in Moscow was just 363 km...

The camouflet (underground) nuclear blast in close proximity to the Soviet capital was not accidental, per se. Since 1965, the USSR had been carrying out its ‘Nuclear Explosions for the National Economy’ program, the purpose of which was to create artificial lakes and canals to connect rivers and to search for and develop deposits of underground resources. 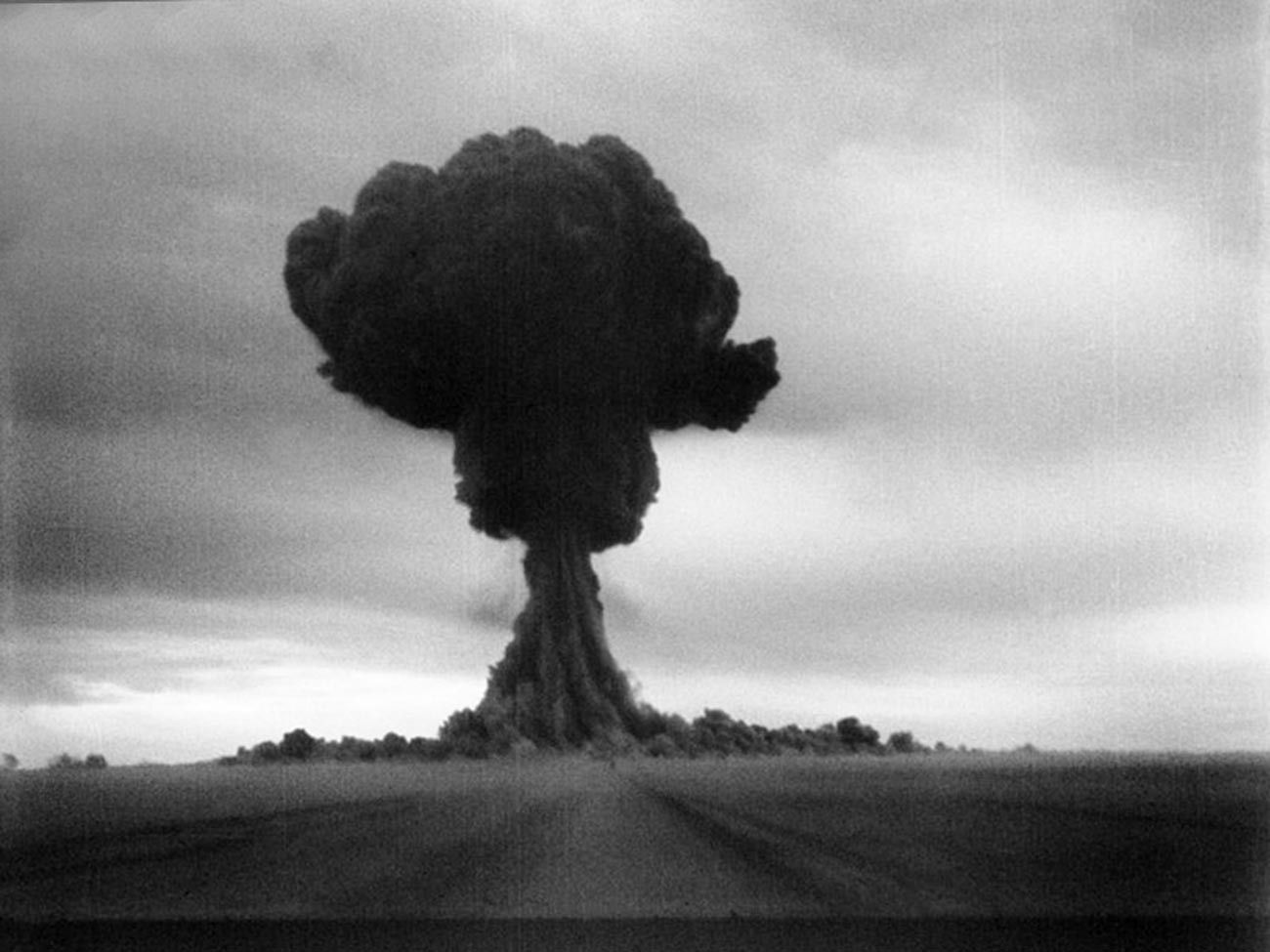 The Soviet Union detonated its first atomic bomb on Aug. 29, 1949, at Semipalatinsk Test Site, in Kazakhstan.

It was assumed that, through the use of underground detonations, radiation could be prevented from reaching the surface and contaminating the environment. The blast at the Ivanovo Region detonation site, known as Globus-1, however, proved to be an unpleasant exception.

Initially, everything went according to plan. A 2.3-kiloton nuclear charge (six times less powerful than the bomb dropped on Hiroshima in 1945) was laid at the bottom of a well drilled to a depth of 610 meters which was then filled with cement. 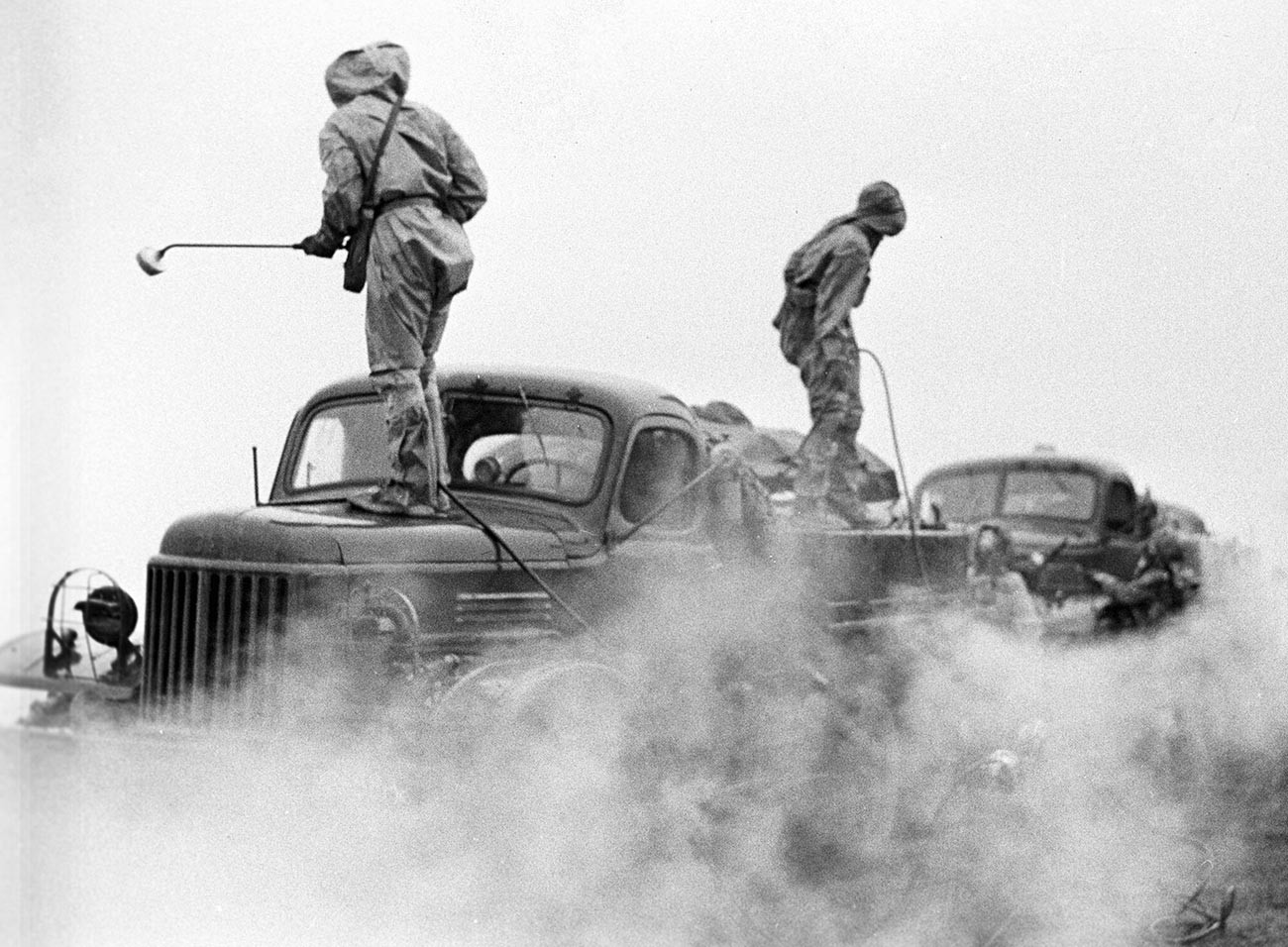 Drills of the Soviet Troops of Radiological, Chemical and Biological Defense.

The explosion was carried out on schedule - at 16:15 - but 18 minutes later, a meter from the well, a gusher blew out of the ground bringing radioactive groundwater, gases, sand and clay to the surface. As it emerged later, the cement work had been improperly carried out.

As a result of the blowout, which went on for twenty days, an area covering up to ten thousand square meters was contaminated. In the wake of the accident, the worst of the hotspots were decontaminated, while some of the equipment had to be abandoned on site. 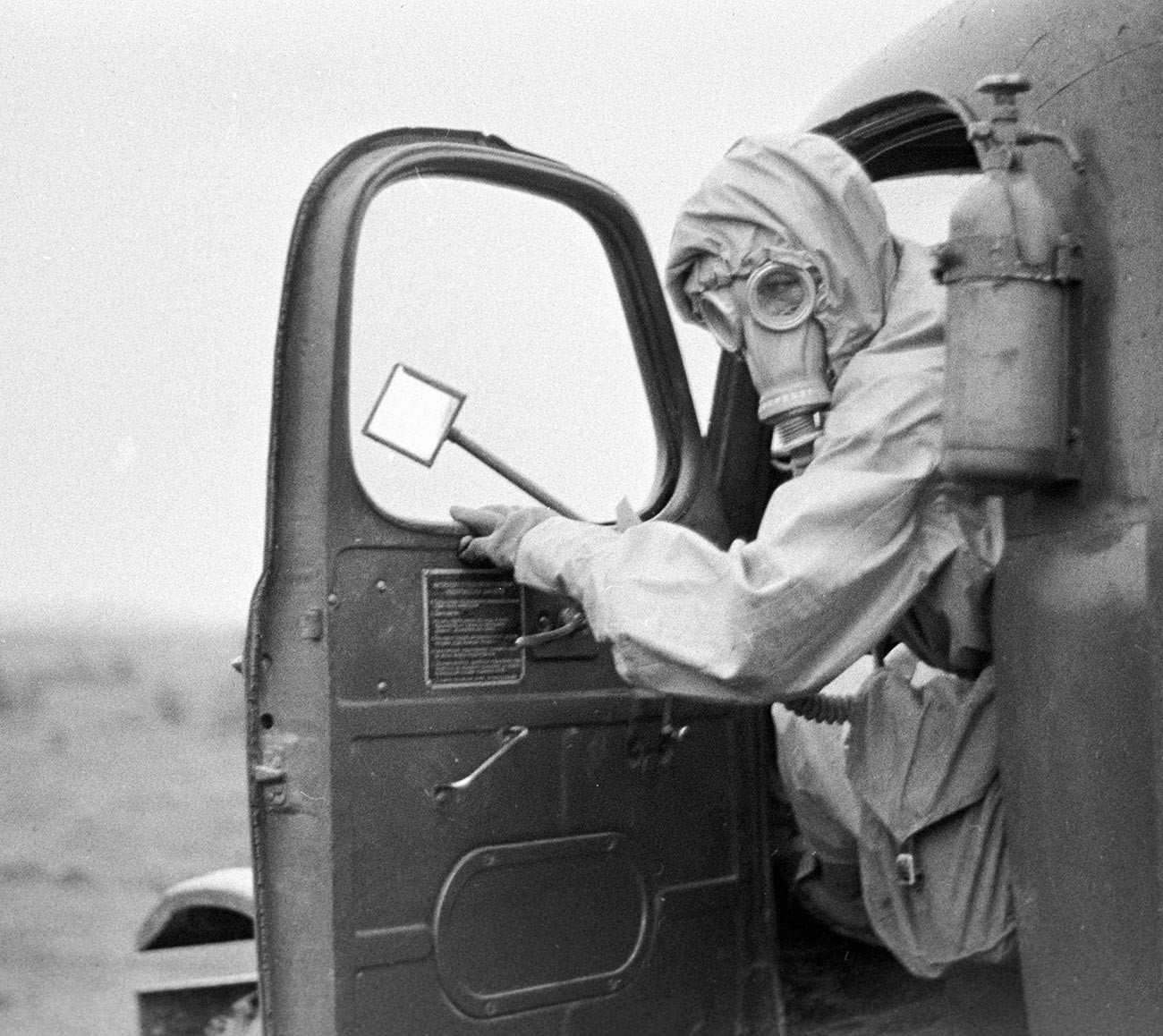 Drills of the Soviet Troops of Radiological, Chemical and Biological Defense.

The inhabitants of the village of Galkino, located 4 km from the site of the accident, were told that exploration for oil using underground explosions was underway nearby. But people were completely unaware that radiation was involved.

People in the village (let alone the country at large) were not informed of the nuclear disaster: A sign saying: “Prohibited Area 450 Meters Radius” was put up and that was all. It did nothing to deter local youths from exploring the area. Two boys who entered the crater at the blast site started rapidly wasting away and died shortly afterwards. The official cause of death was recorded as meningitis. 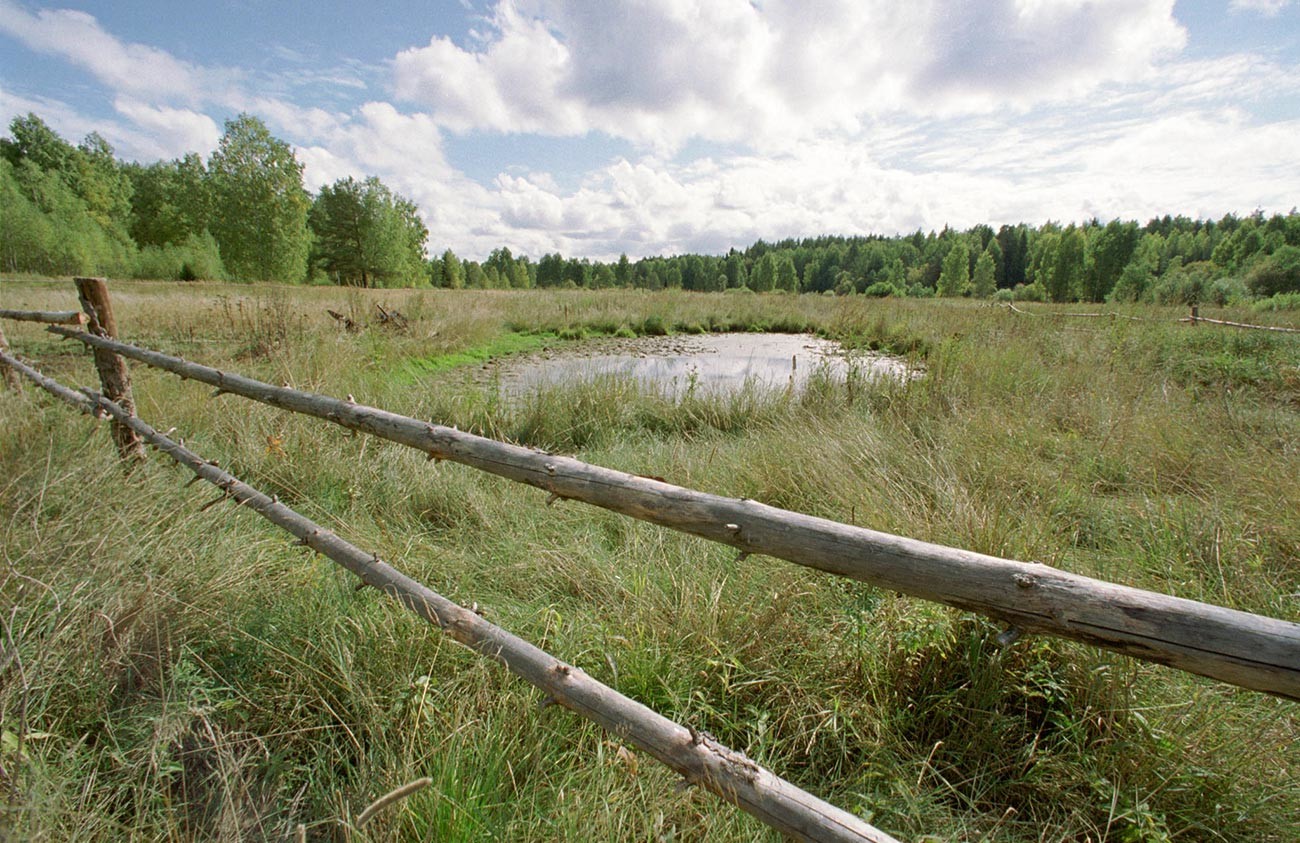 Local residents continued to regularly visit Globus-1, salvaging equipment abandoned by the scientists, grazing cattle and gathering mushrooms and berries in the nearby countryside. In the meantime, in adjoining districts of Ivanovo Region, cases of oncological disease started steadily growing, babies were born prematurely and there were frequent miscarriages. A case was even recorded of a calf being born with two heads.

The ‘Ivanovo Hiroshima’, as the accident was subsequently dubbed, affected not just the local people, but also the scientists who had worked there. In 1975, 44-year-old seismologist V. Fedorov, who had been in charge of preparations for the blast and the carrying out of the explosion, went completely blind.

Dealing with the aftermath 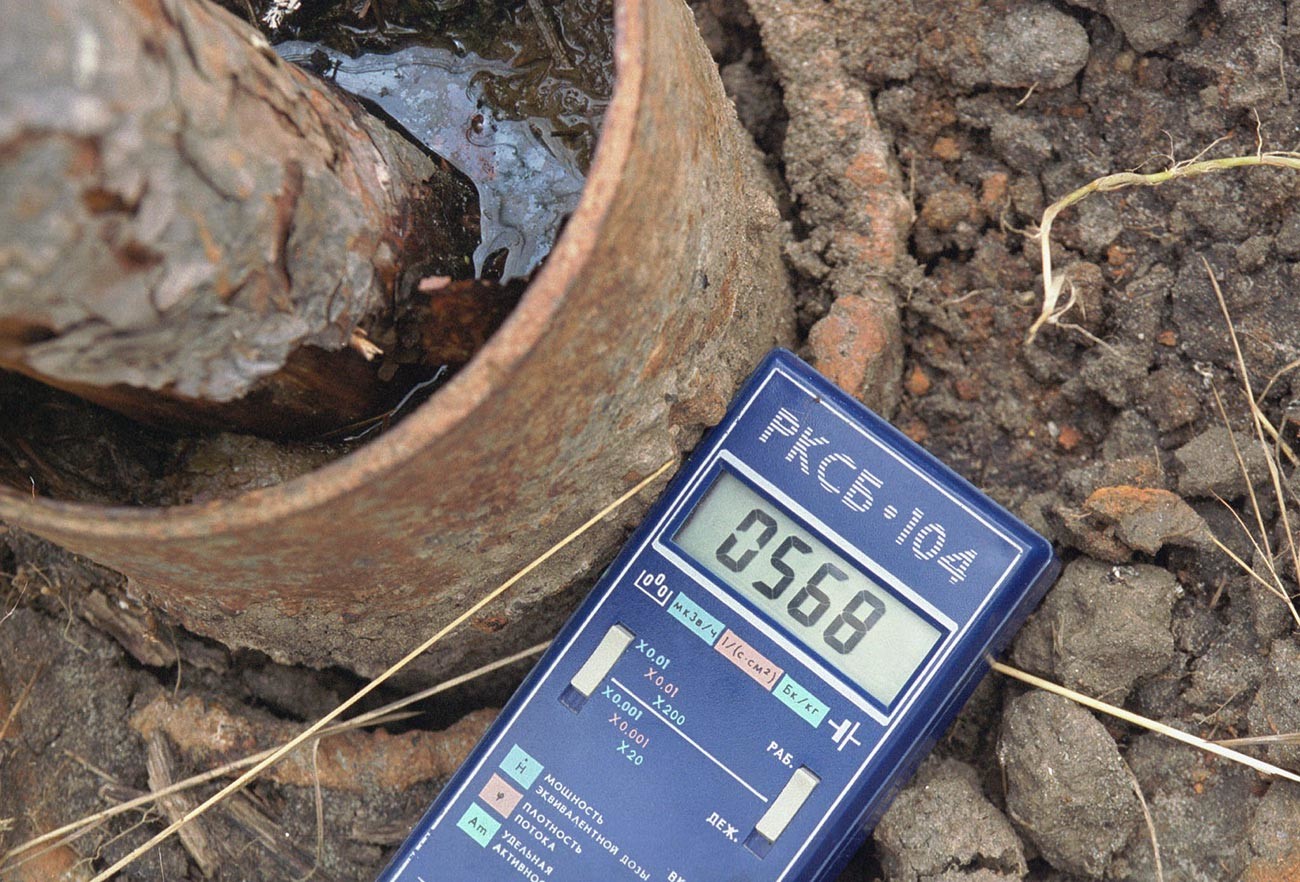 The Globus-1 accident put not only villages in Ivanovo Region in danger, but also major conurbations. If the Shacha River had changed course and “forced” its way into the well it would have immediately been exposed to large-scale radioactive contamination. Considering that the Shacha is a tributary of one of the country’s most important rivers, the Volga, the lives and health of thousands of people would have been under threat.

The Soviet, and subsequently Russian, authorities have constantly monitored the contaminated area, which is close to Moscow, and have conducted essential decontamination measures.

In addition, the Shacha River was diverted along a different channel, away from the dangerous site. 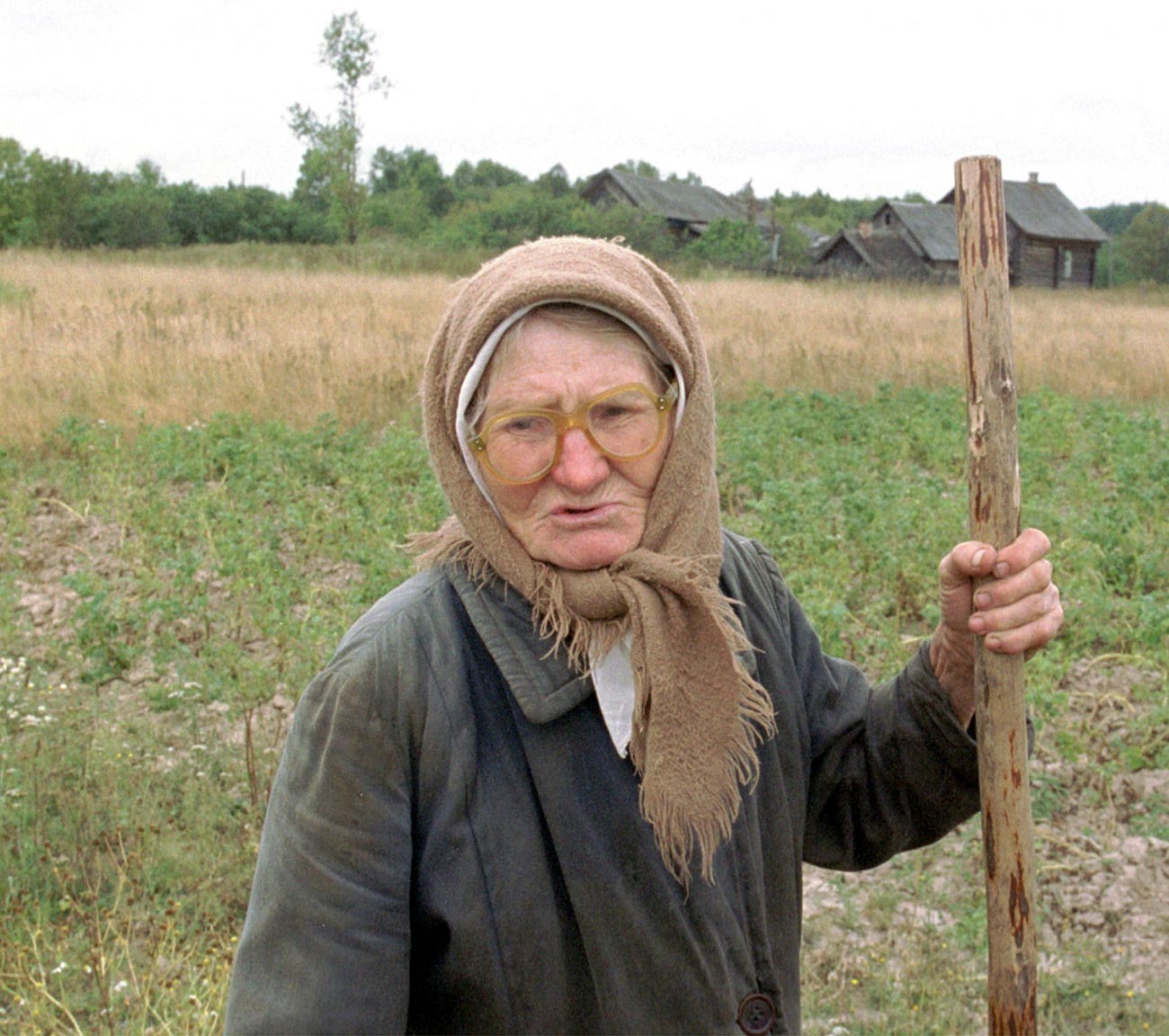 Aware of the threat, the residents started leaving Galkino one after another. Today, no-one lives in the now ghost village. However, tens of thousands of years will still have to pass before the area of Globus-1 is completely safe once more.