The GREATEST victory in the history of the Russian Navy 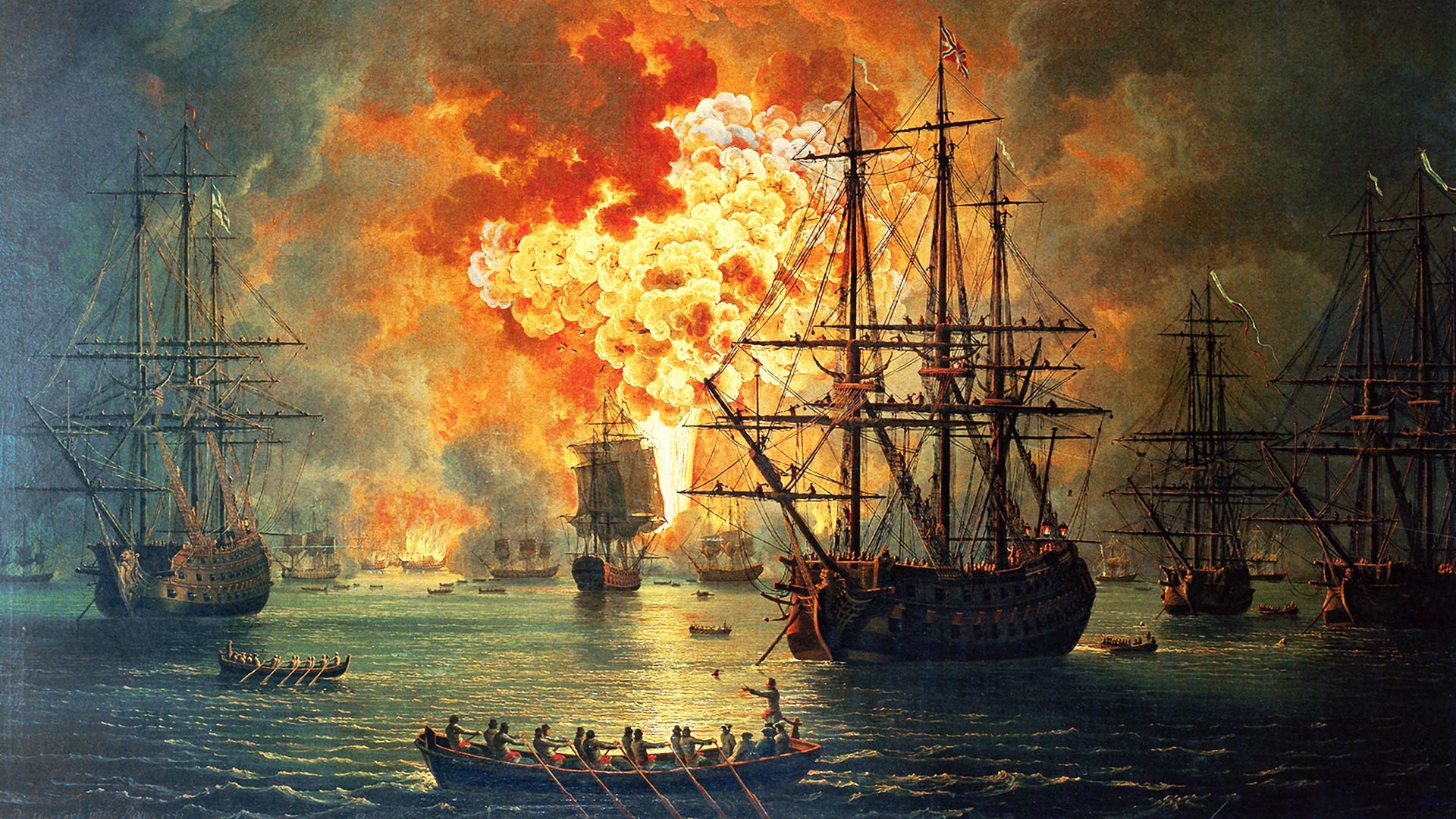 The Destruction of the Turkish Fleet in the Bay of Chesme.

Jacob Philipp Hackert
“The water, mixed with blood and ash, had a foul appearance. Burned corpses floated on the waves, so many that it was difficult to sail through the port,” an eyewitness described the aftermath of the defeat of the Turkish fleet in the Battle of Chesme in 1770.

In 1768, another war broke out between the two bitter rivals: the Russian and Ottoman empires. The main theaters of military operations were the Balkans, the northern Black Sea and the Caucasus.

Meanwhile, Russian Empress Catherine II (the Great) planned to deliver an unexpected blow to the Turkish rear. Soon after the outbreak of the conflict, a Russian squadron under the command of Admiral Grigory Spiridov set sail from the Baltic Sea bound for the Mediterranean. 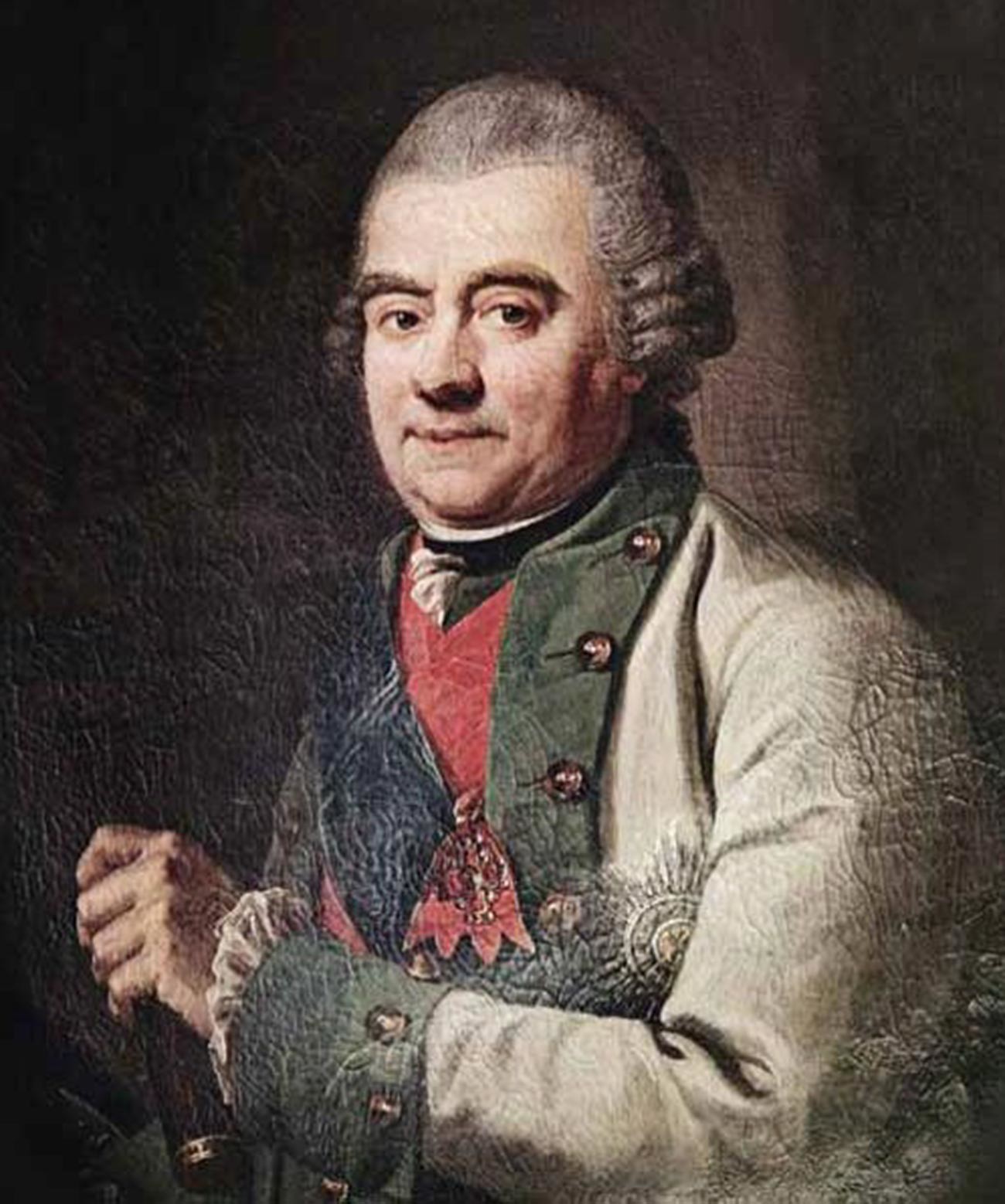 Having rounded the whole of Europe, it intended to break through to Greece, support the uprising of local patriots that was brewing there, threaten Istanbul and divert the Turks’ attention away from the Black Sea, where Russia’s naval forces at that time were very limited.

Never before had the Russian fleet fought thousands of miles from home, so far from its supply bases. Any failure in these circumstances could have been truly catastrophic. However, as it turned out, not only did the fleet not suffer defeat, but it won the greatest victory in Russian naval history. 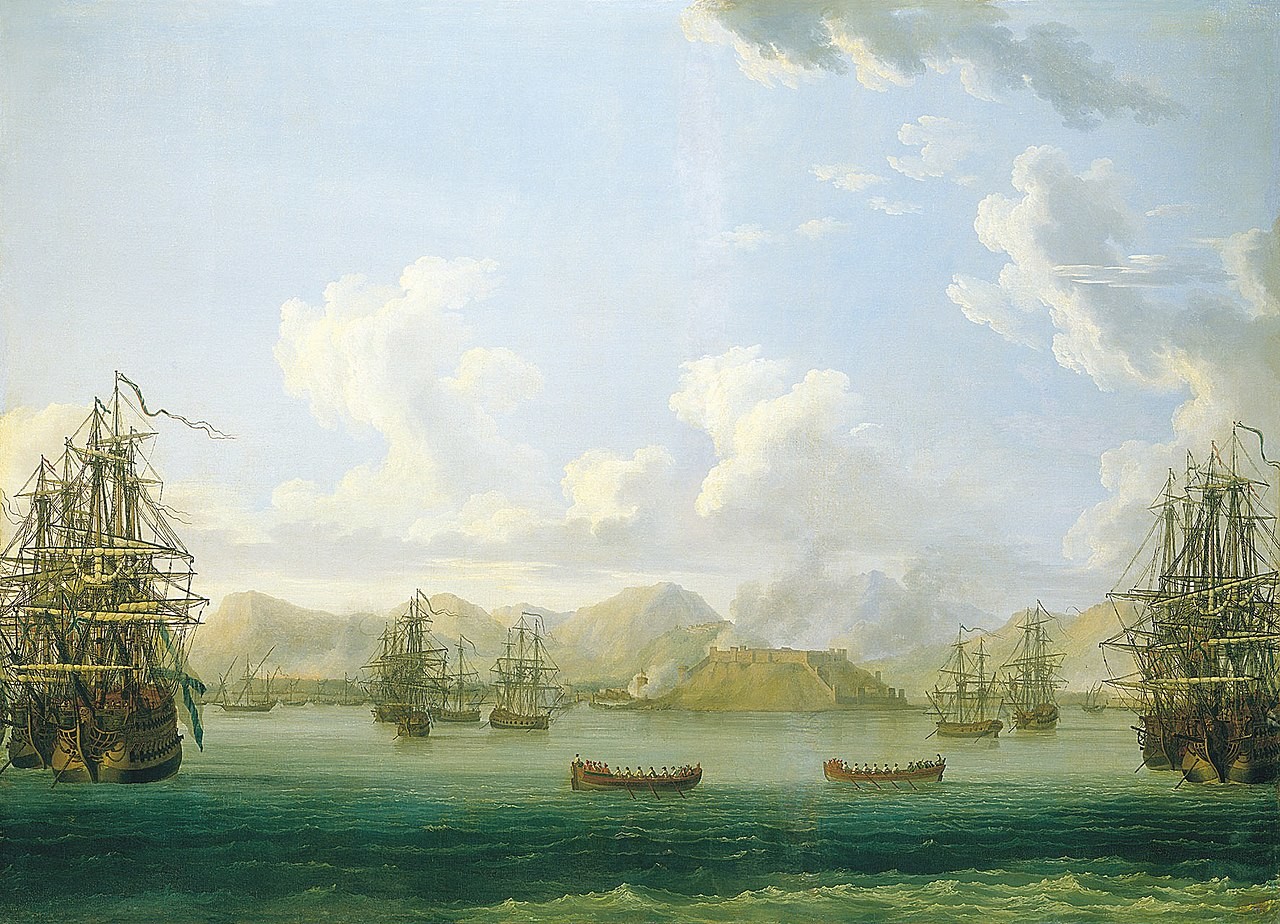 The Russian Squadron near the Island of Mytilene.

The squadron reached the coast of Greece in February 1770, where, as planned, the local population began an uprising against Ottoman rule. Throughout the spring, the Russian and Greek allies took the fight to the Ottomans in the Peloponnese, landing assault forces, delivering surprise strikes, besieging fortresses and severing the enemy’s communication lines.

In May of that same year, Spiridov’s squadron joined up with Rear Admiral John Elphinston, a British naval officer in the employ of the Russian navy, whose squadron had left the Baltic a little later. Now the Russian forces numbered nine ships of the line, three frigates and one bombardment ship for shelling enemy fortifications, plus up to 20 smaller auxiliary ships. The military expedition to the Mediterranean was under the general command of Count Alexei Orlov. 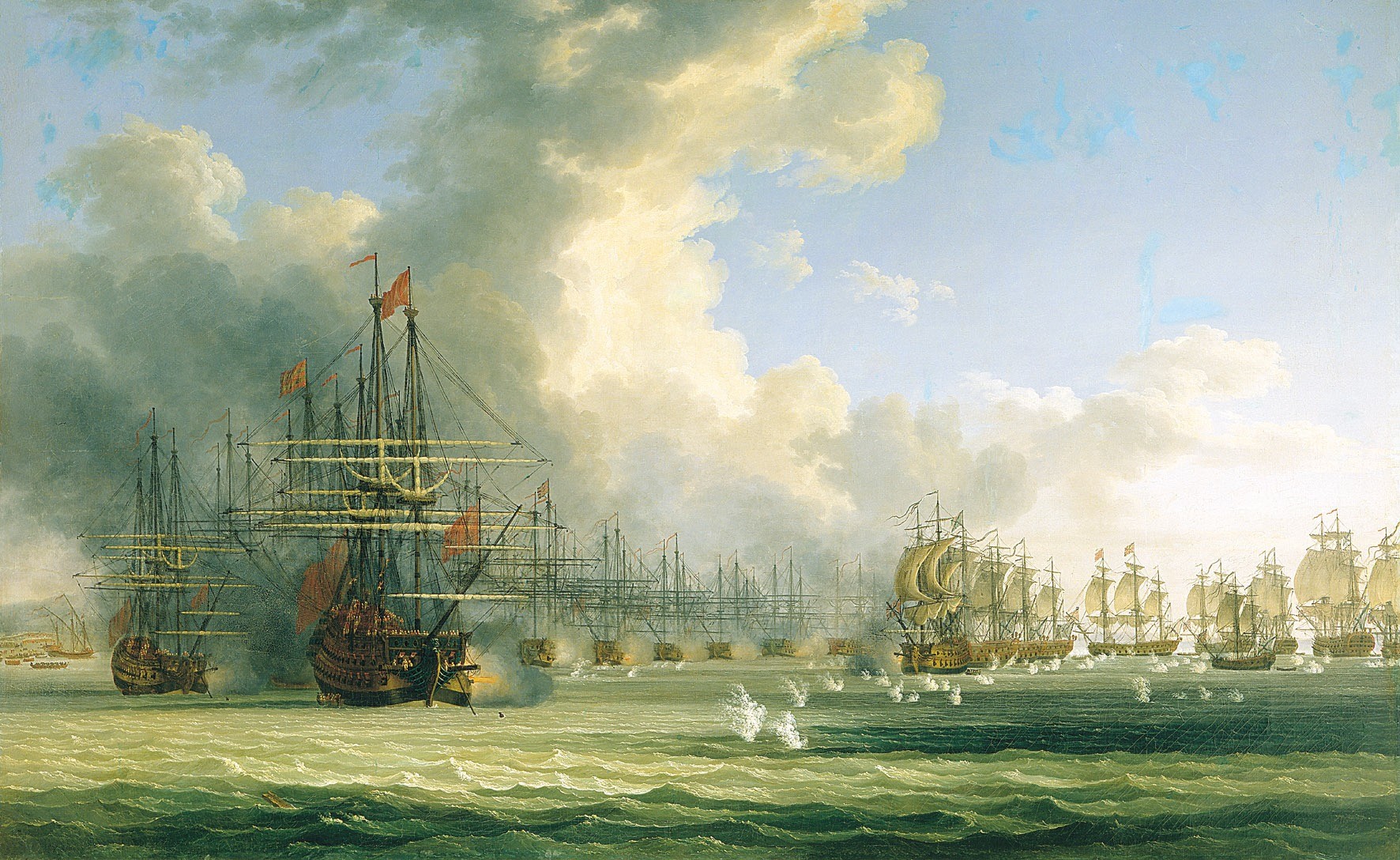 The Begining of the Battle in the Chios Strait.

The Turkish fleet, which the Russians discovered in the Chios Strait off the western coast of Asia Minor on July 5, 1770, was a formidable opponent. At the disposal of the kapudan pasha (grand admirals), Ibrahim Husayeddin and Cezayirli Gazi Hasan, were 16 ships of the line, six frigates, 19 galleys and xebecs (sailing ships), as well as 32 auxiliary vessels.

Despite the numerical advantage, the Ottoman sailors were far inferior to the Russians in terms of training. They lacked coherence, clarity, and often chaos and confusion reigned. "The screams and noise during every tiny maneuver reached the Russian ships even before the squadrons had fired a cannon shot," noted the 19th-century historian Viktor Golovachev: “The Turks fired unskilfully and off target, such that after the cannon shots loud laughter could be heard on board the Russian ships.” 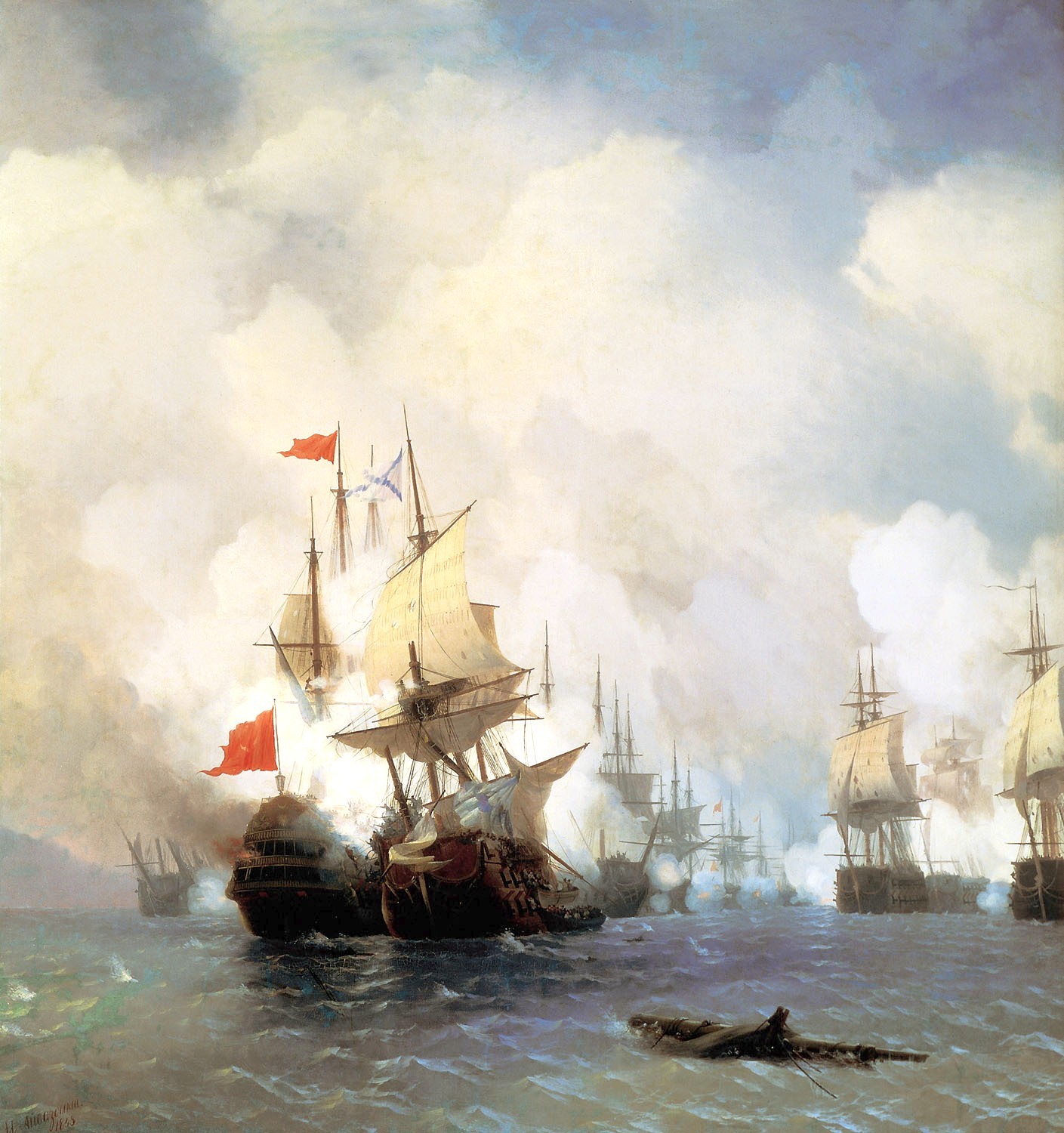 The Battle of Chios.

The Ottoman fleet was lined up in two arched lines, but the formation was so tight that only the ships in the first line could effectively use their artillery. The Russian command knew that, given the imbalance of forces, it could not conduct long-range cannon duels for long periods, and so relied on close combat and naval boarding.

The combined squadron did not form a line like the Turkish one. Instead, it employed ship-of-the-line tactics, whereby each ship followed in the wake of the one ahead, and approached the first line of the Ottoman fleet almost at a right angle. The professionalism of the Russian sailors ensured that this maneuver was performed speedily and, despite heavy enemy fire, almost bloodlessly. 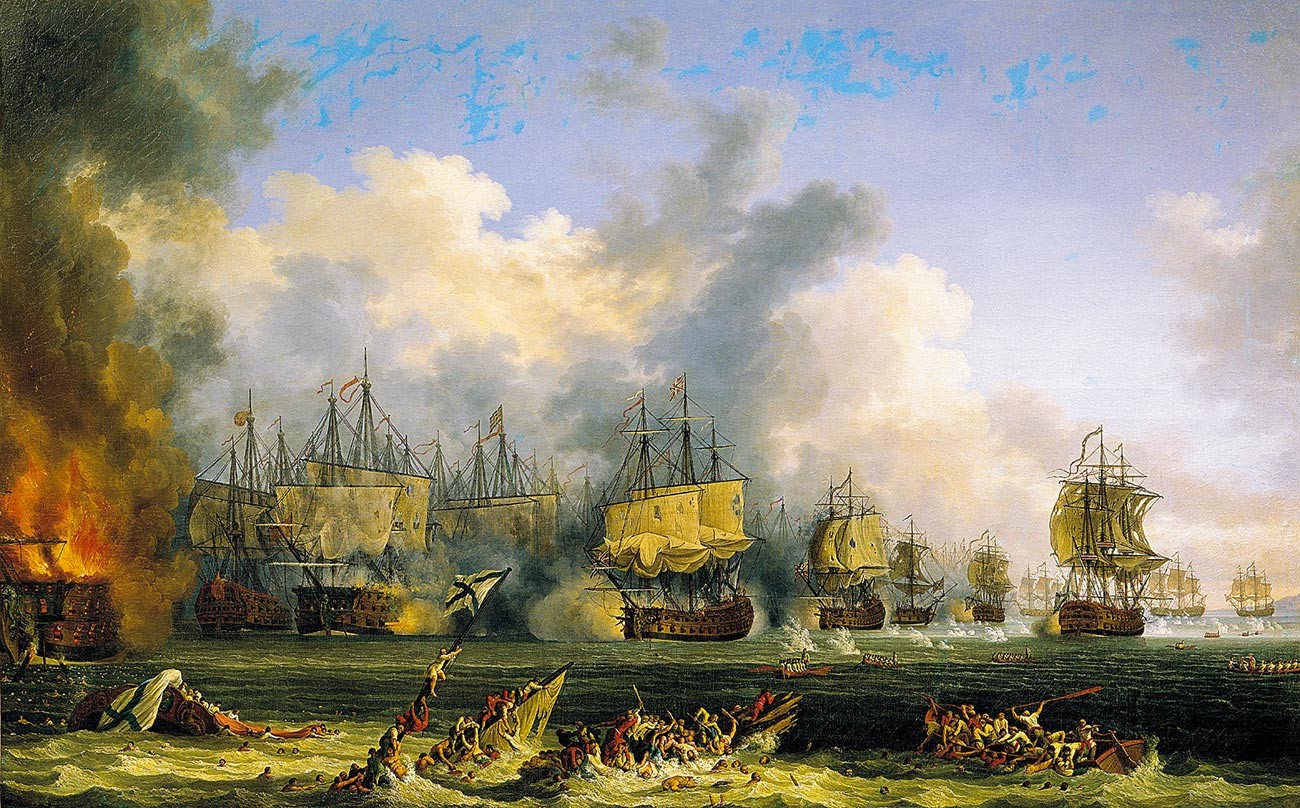 The Sinking of the Russian Flagship Saint Eustathius.

When the squadron struck at the center of the enemy line, Admiral Spiridov launched his flagship Saint Eustathius at the Ottoman flagship Real Mustafa. Fierce hand-to-hand fighting broke out aboard the interlocked ships. One of the Russian sailors was so desperate to seize the Ottoman flag that, despite being wounded in both arms, he grabbed the cloth with his teeth.

The fire from the burning heavily damaged Russian ship spread to Real Mustafa and ultimately destroyed both ships. Most of the crews were killed, but the commanders managed to evacuate. 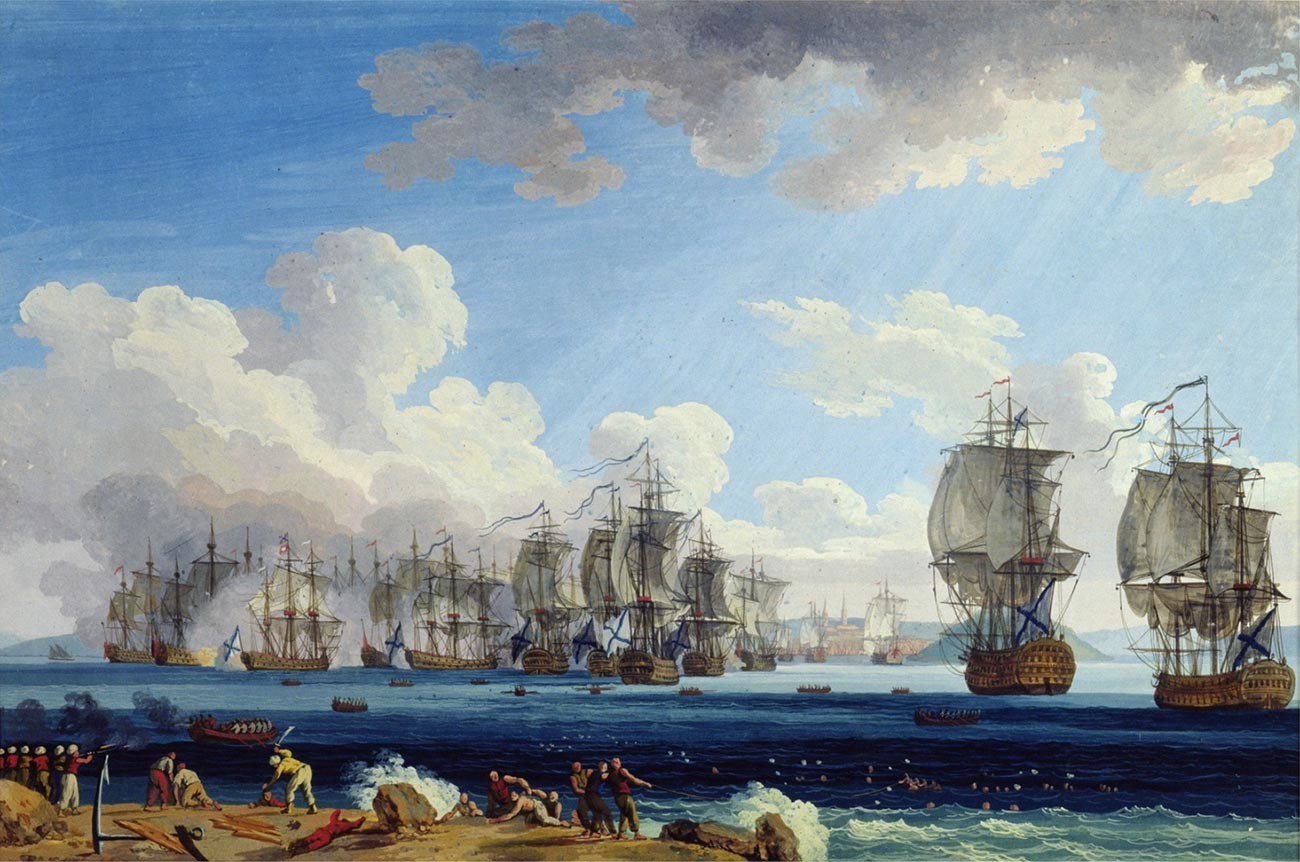 Retreat of the Turkish fleet to the Bay of Chesme.

The sinking of its flagship made an indelible impression on the Ottoman fleet. The Turks decided to retreat to Chesme Bay under the protection of their coastal artillery guns. But this proved to be a costly mistake.

Huddled in the small bay, the Ottoman ships lost all room for maneuver. It was then that the Russian command proposed using the breeze blowing from the sea to the shore to burn the enemy fleet to a cinder. 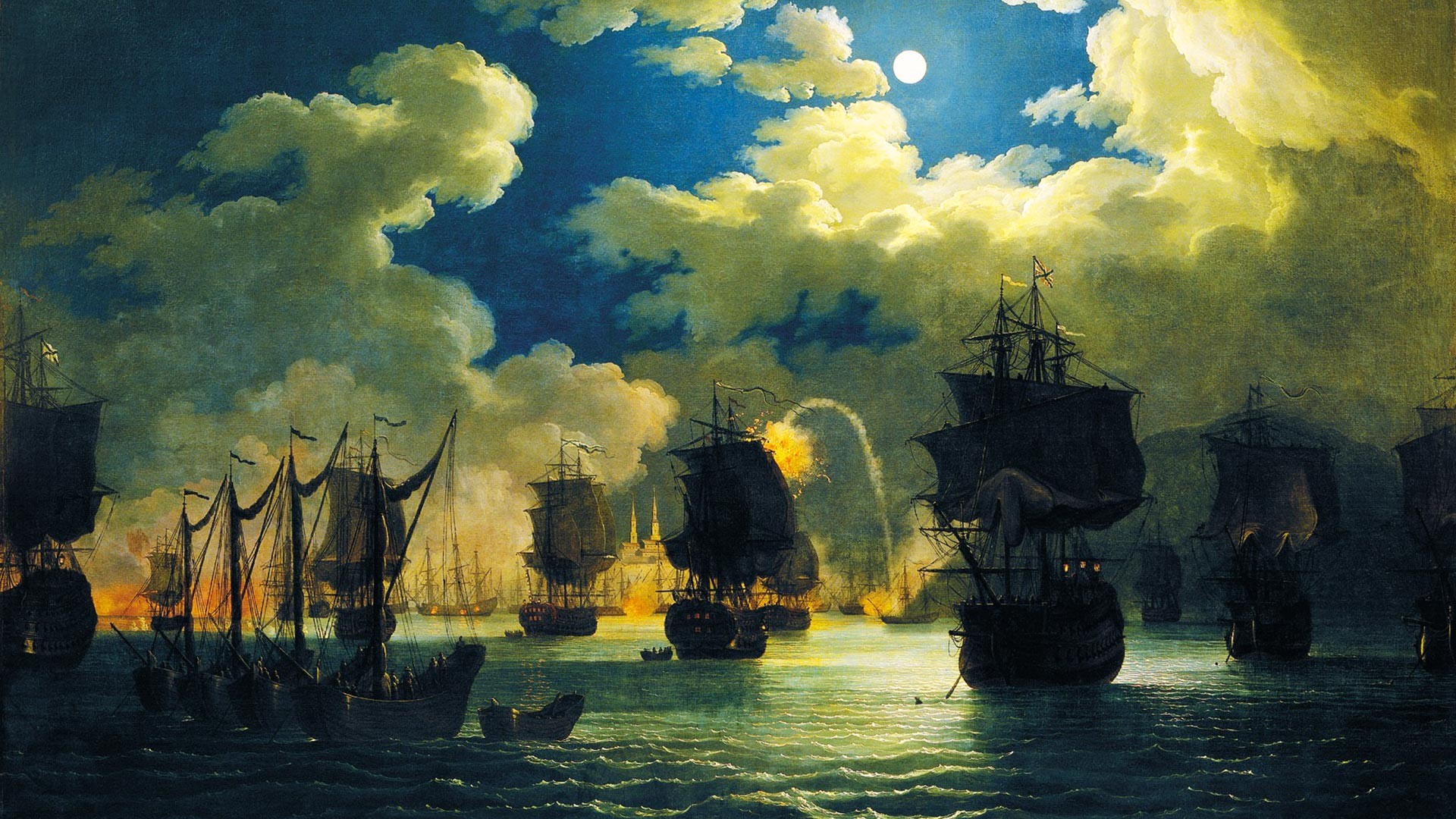 The Beginning of the Battle of Chesme on the Night of July 7, 1770.

During the course of July 6, the squadron fought a fierce artillery duel with the Turkish ships, damaging several of them. “The surface of the sea was ablaze from the fire of the cannons,” wrote Ottoman historiographer Ahmed Vassaf Effendi. In addition, four of the small auxiliary vessels were converted into explosive-laden fireboats.

At 2 a.m. on July 7, this strike group entered Chesme Bay. Only one of the fireboats got through, but it was enough. Having managed to blow up an 84-gun Ottoman ship of the line, it set in motion a disastrous, from the Turkish viewpoint, chain reaction. Burning debris was scattered across the bay, causing fire to break out on other ships. 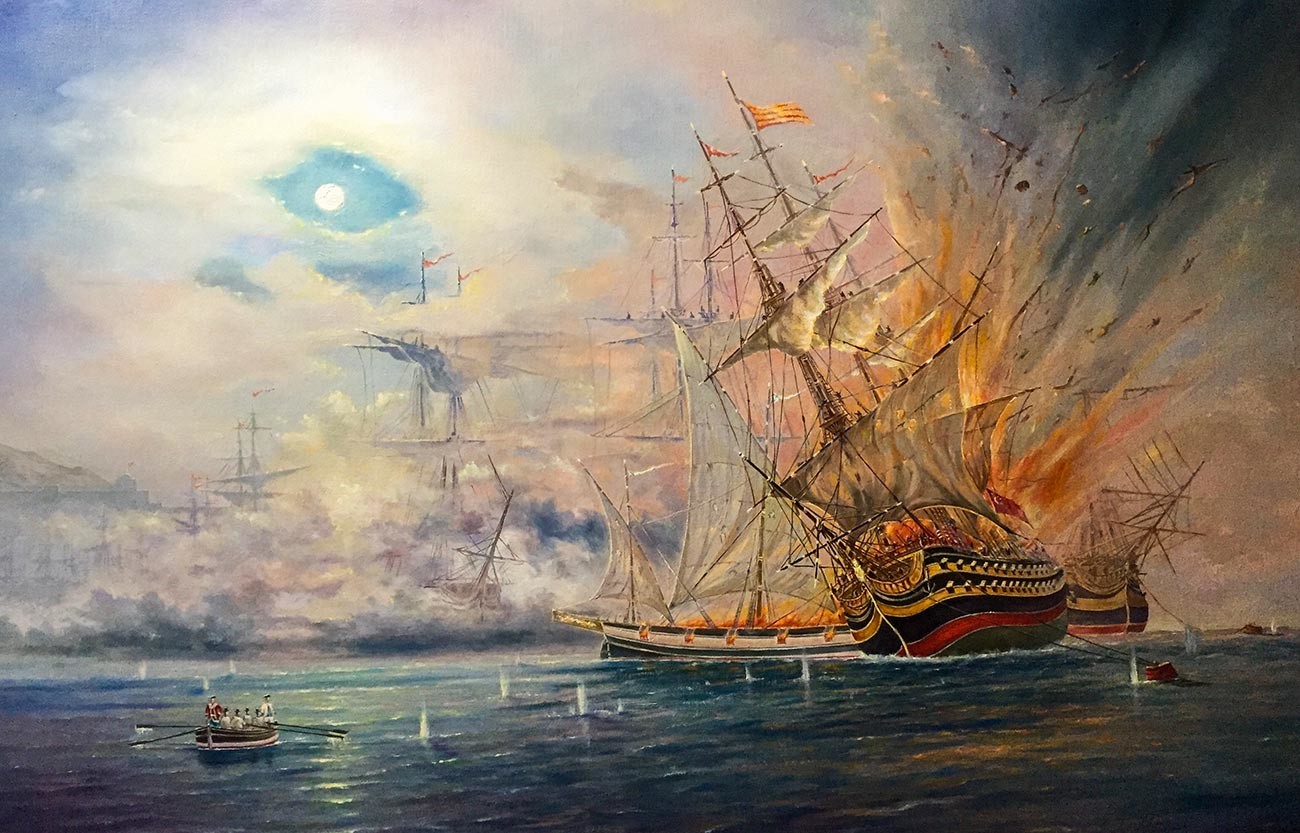 "It is easier to imagine than to describe the horror, stupefaction and confusion that overwhelmed the enemy," Commodore Samuel Greig, another Brit in the Imperial Russian Navy, later recounted: "The Turks ceased all resistance, even on those ships that had not yet caught fire. Entire crews threw themselves into the water in fear and desperation, the surface of the bay was strewn with countless numbers trying to survive and drowning each other in the process. The Turks’ terror was so great that they not only abandoned the ships and coastal batteries, but even fled from the castle and town of Chesme, which had already been abandoned by the garrison and inhabitants."

Eventually, the Russian ships were forced to cease fire and start rescuing those Turks still alive. "The water, mixed with blood and ash, had a foul appearance. Burned corpses floated on the waves, so many that it was difficult to sail through the port," recalled Prince Yuri Dolgorukov. 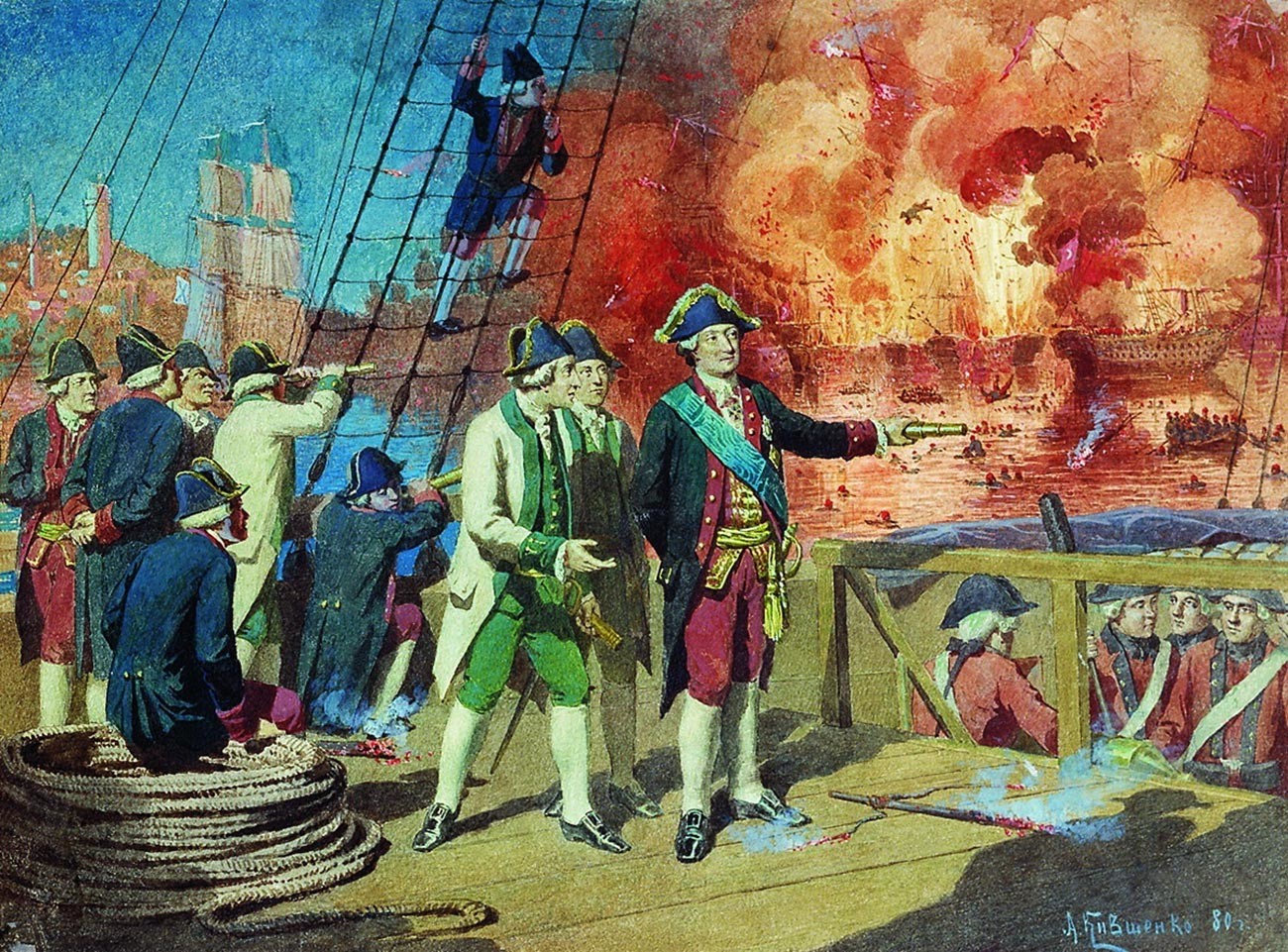 As a result of the Battle of Chesme, much of the Ottoman fleet was destroyed. The Turks lost 15 ships of the line, six frigates and many small vessels. Out of 15,000 sailors, nearly 11,000 were killed. In addition, one ship of the line and five galleys were captured.

The Russian fleet became the sovereign lord and master not only of the Aegean Sea, but throughout the eastern Mediterranean. It was free to cut off the Ottoman communication lines, block the Dardanelles and even carry out an operation to seize the key port of Beirut. 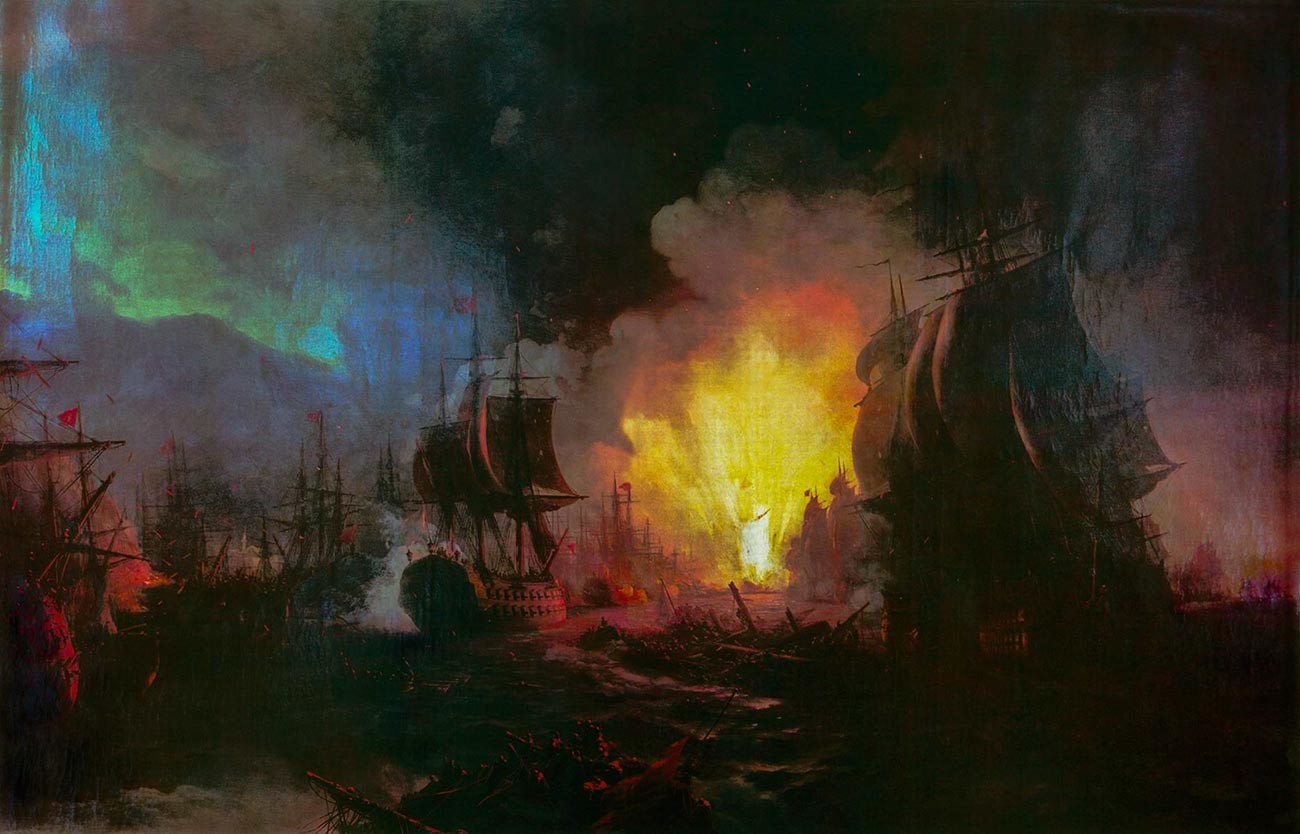 Thanks in large part to the Chesme triumph, the war against the Turks ended in 1774 with a Russian victory. Russia firmly established itself on the Black Sea coast and acquired its first territories in Crimea. From that moment on, its influence on the Balkan Peninsula would grow steadily.