When the Russians conquered Beirut 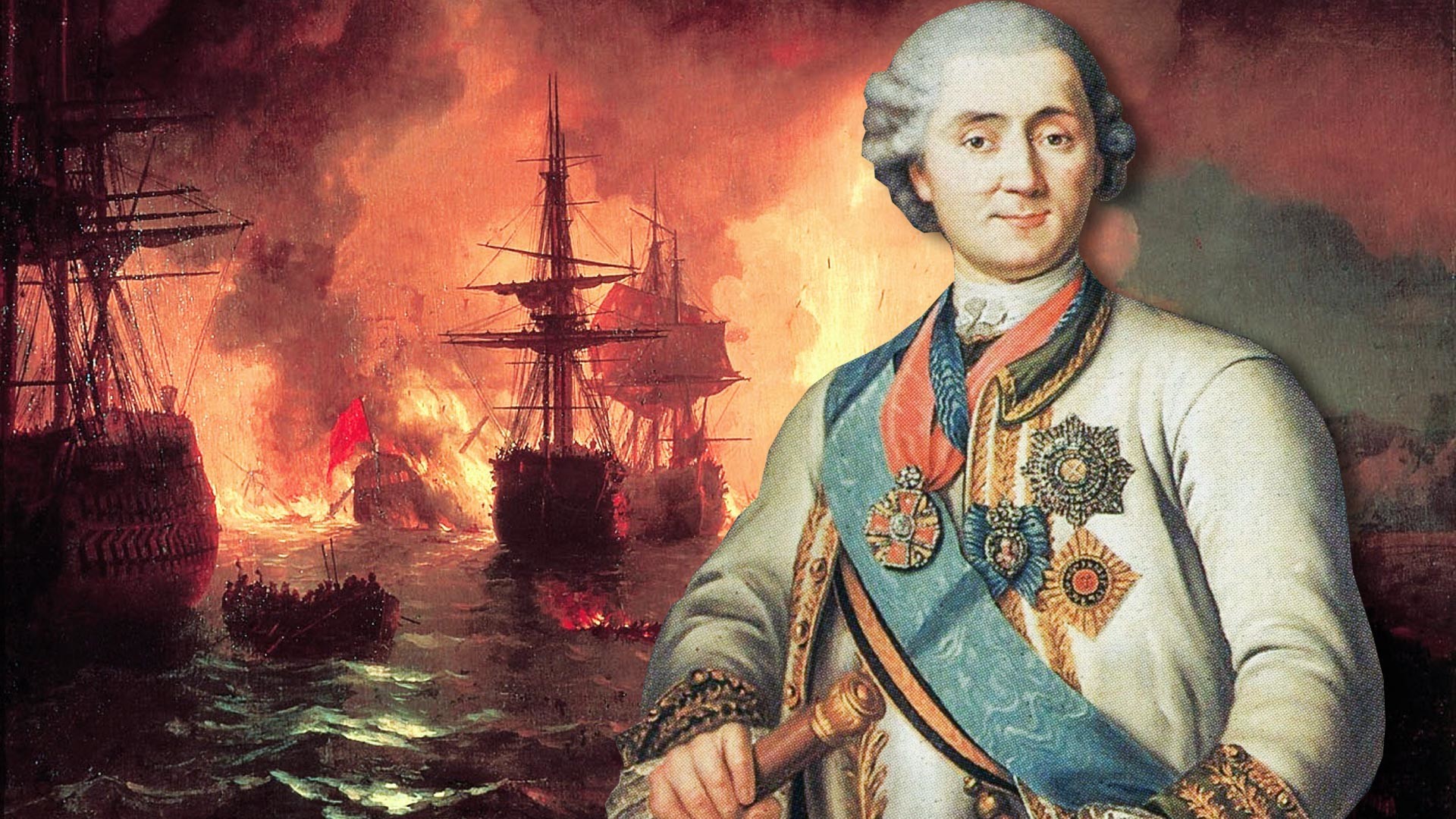 Ivan Aivazovsky; Vigilius Eriksen
The first Russian military bases in the Middle East could have been built as far back as the 18th century.

On September 29, 1773, Russian forces first entered Beirut. For the first time in many centuries, one of the oldest cities of the Levant (once used to describe a large area of the Eastern Mediterranean) saw European boots marching through it. But what took Russian soldiers so far from home?

Fight for the Levant

The taking of Beirut became one of the most prominent episodes of the Russian-Turkish war of 1768-1774. The two great powers fought for control of the Black Sea coast and the Caucasus, as well as for political influences in the weakened Polish-Lithuanian Commonwealth. 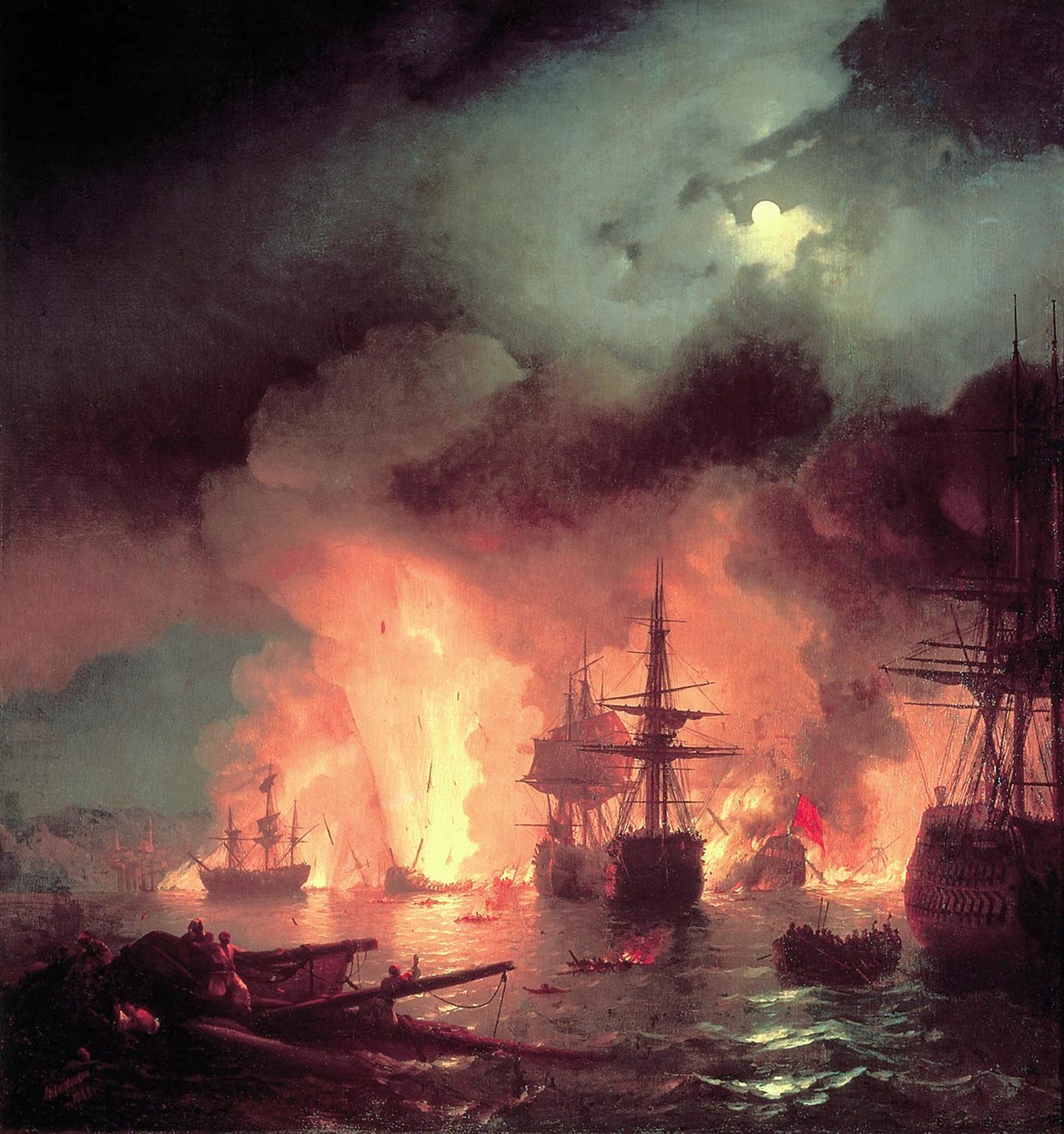 The defeat of Turkish forces in Chesme Bay (near Izmir) in July 1770 became one of the crucial events in altering the course of the conflict. Having lost more than 20 ships and 11,000 sailors, the Turks practically lost control of the entire eastern part of the Mediterranean.

As the Russians were crushing the enemy on land and at sea, the Ottoman Empire was also struggling to quell numerous rebellions within its borders. With the Sultan tied up in the Balkans and the Black Sea region, Istanbul’s vassals - the sheikhs of the Levant and Egypt, who dreamed of independence from Turkey - used the opportune moment to mount a series of uprisings.

The separatist movements swiftly gained the backing of the Russian Fleet. And so, on June 11, 1772, with assistance from the Russians, Palestinian Sheikh Zahir al-Umar al-Zaydani completely crushed the Turkish forces under Sidon. 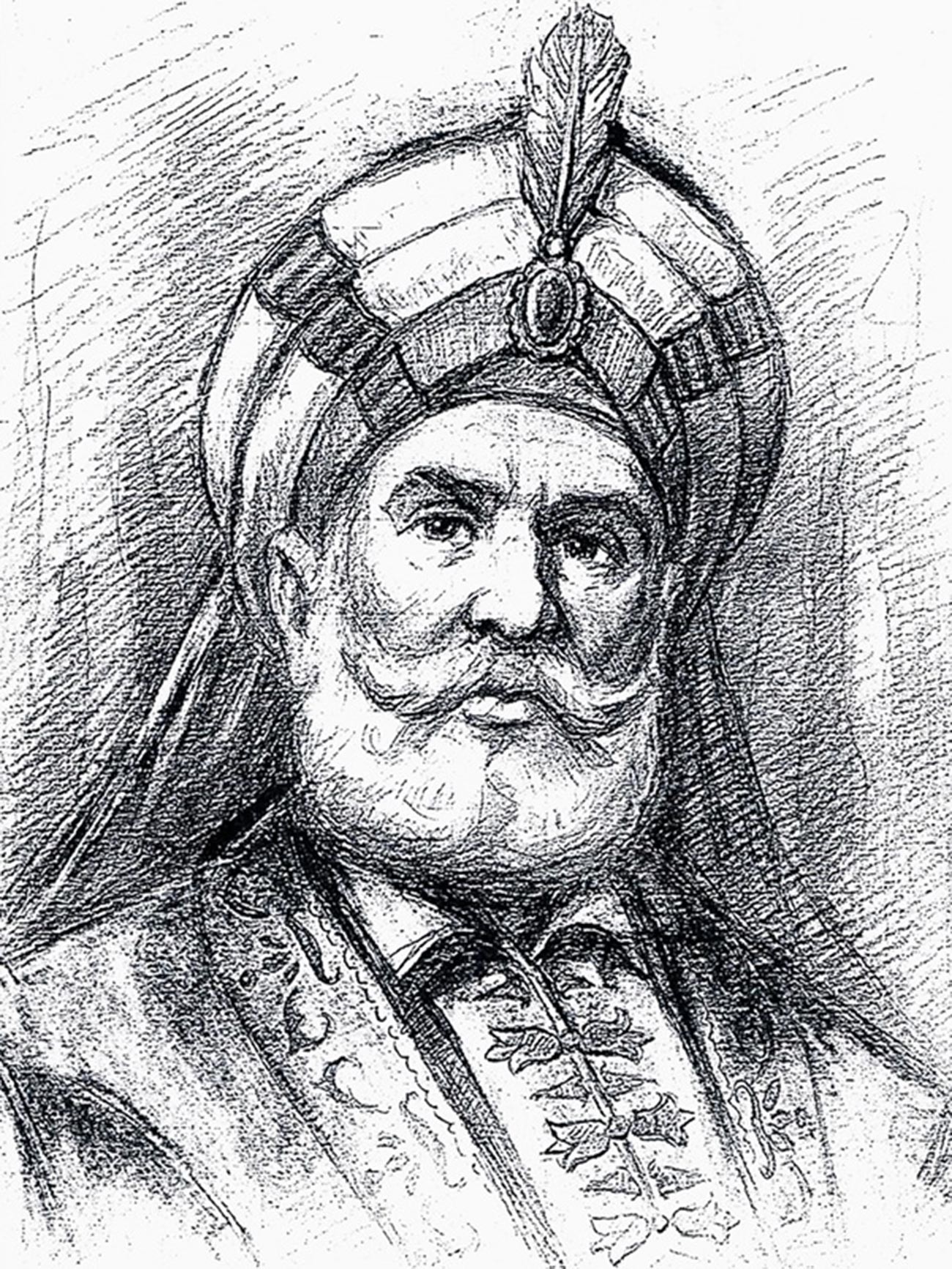 It was Zahir who pointed his Russian allies toward their new target - Beirut, which was under the rule of the Emir of Mount Lebanon, Yusuf Shihab. This strategically important Mediterranean port served as the supply mainline for one of the most important power centers of the Ottoman Empire - Damascus.

The first attempt at taking Beirut occurred in June 1772 at the hands of the Greek rebels, allied with Russia. On the orders of the Russian command, a small Greek squadron, commanded by Major Gregorios Rizo, approached the city and subjected it to a five-day artillery barrage, before disembarking and looting the surrounding area.

Yusuf’s personal representative was sent to negotiate with Rizo. Having been shocked by Russia’s success and Sheikh Zahir’s victories in neighboring Palestine, the emir not only paid contribution to the Greek conquerors, but ended up swearing allegiance to the Russian Empire, effectively becoming a subject and joining the ranks of the enemies of the Sublime Porte (the name used to refer to the Ottoman Empire at the time). The decision was promptly reported to the commander of the Meditarranean squadron, Count Aleksey Orlov. 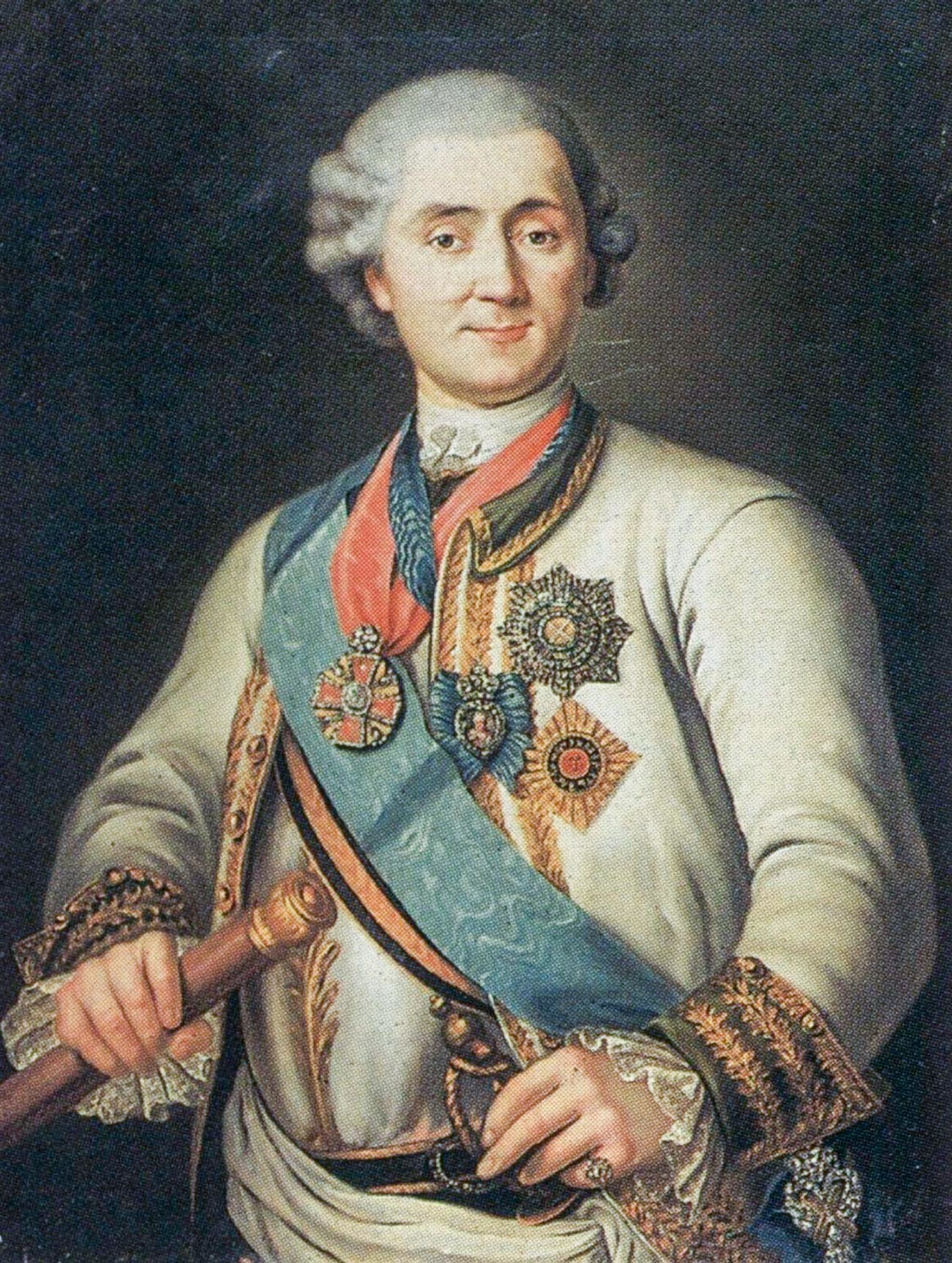 Nevertheless, the Turks weren’t about to watch all of the Levant slip out of their grip. Beirut almost immediately, and without resistance, was taken by the forces of Ottoman commander Ahmad Pasha al-Jazzar. The latter intended to turn it into an unassailable fortress as quickly as possible. “Day and night, people under armed guard build fortifications and walls. Any failure by the city’s dwellers to comply resulted in harsh punishment, several people were killed and a great many arrested as rebels,” a local chronicler wrote. With the loss of the city, Emir Yusuf was effectively cut off from the sea, having to desperately plead for help from his allies.

On July 23, 1773, Beirut became blocked off from the sea by a Russian squadron of 17 battleships, commanded by Captain Mikhail Kozhukhov. The emir’s armies blockaded it on land. The first eight days of the siege saw more than 20,000 projectiles fired. However, surprisingly, they did little damage to the city.

The longer the siege continued, the faster Yusuf’s army faded - Lebanese landlords were simply ordering their soldiers home. As a result, most of the work fell on Russian shoulders. The disembarked troops quickly formed a ring around Beirut, cutting off all supply lines. However, there weren’t enough forces for a full storm. 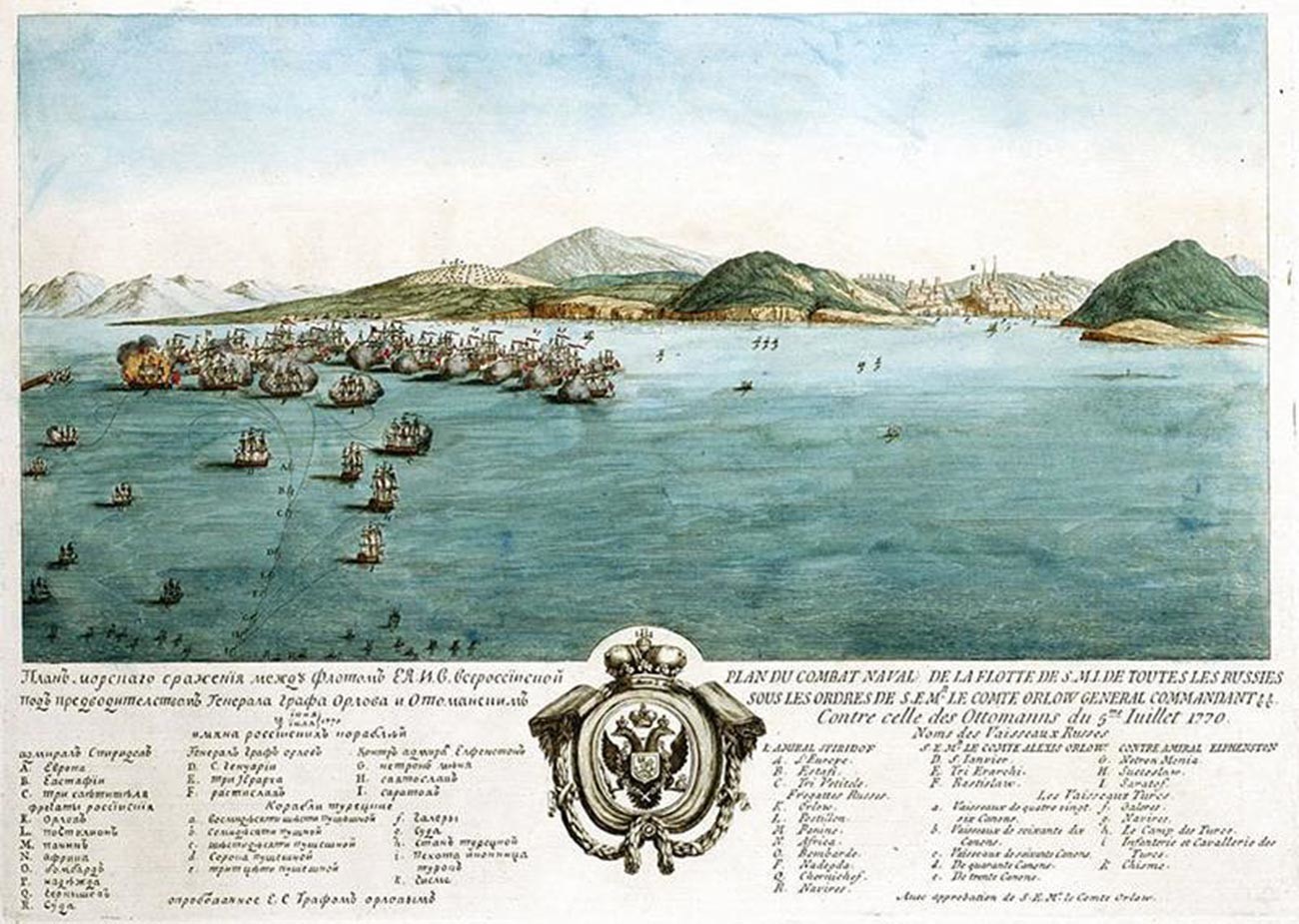 In September, 1773, the hungry and tired Beirut garrison mounted an unsuccessful attempt at breaking through. It soon transpired that Sheikh Zahir had dispersed the Ottoman forces, who were on their way to help. As a result, on September 29, Ahma al-Jazzar surrendered.

As per the agreements reached between Yusuf and the Russian command, the former would compensate the Russians for any losses incurred, sending a sum of 300,000 Turkish piastre (almost eight tons of gold). Following that, Kozhukhov officially transferred control of the city to the emir.

The Russian fleet stayed in Beirut until January, 1774, whereupon it left for its permanent base on the Greek island of Paros. The city ended up never playing an important role in the military campaign against the Turks, with the outcome of the conflict decided by Major-General Aleksandr Suvovrov’s victory in the Battle of Kozludzha, in Bulgaria, on June 20 that year. 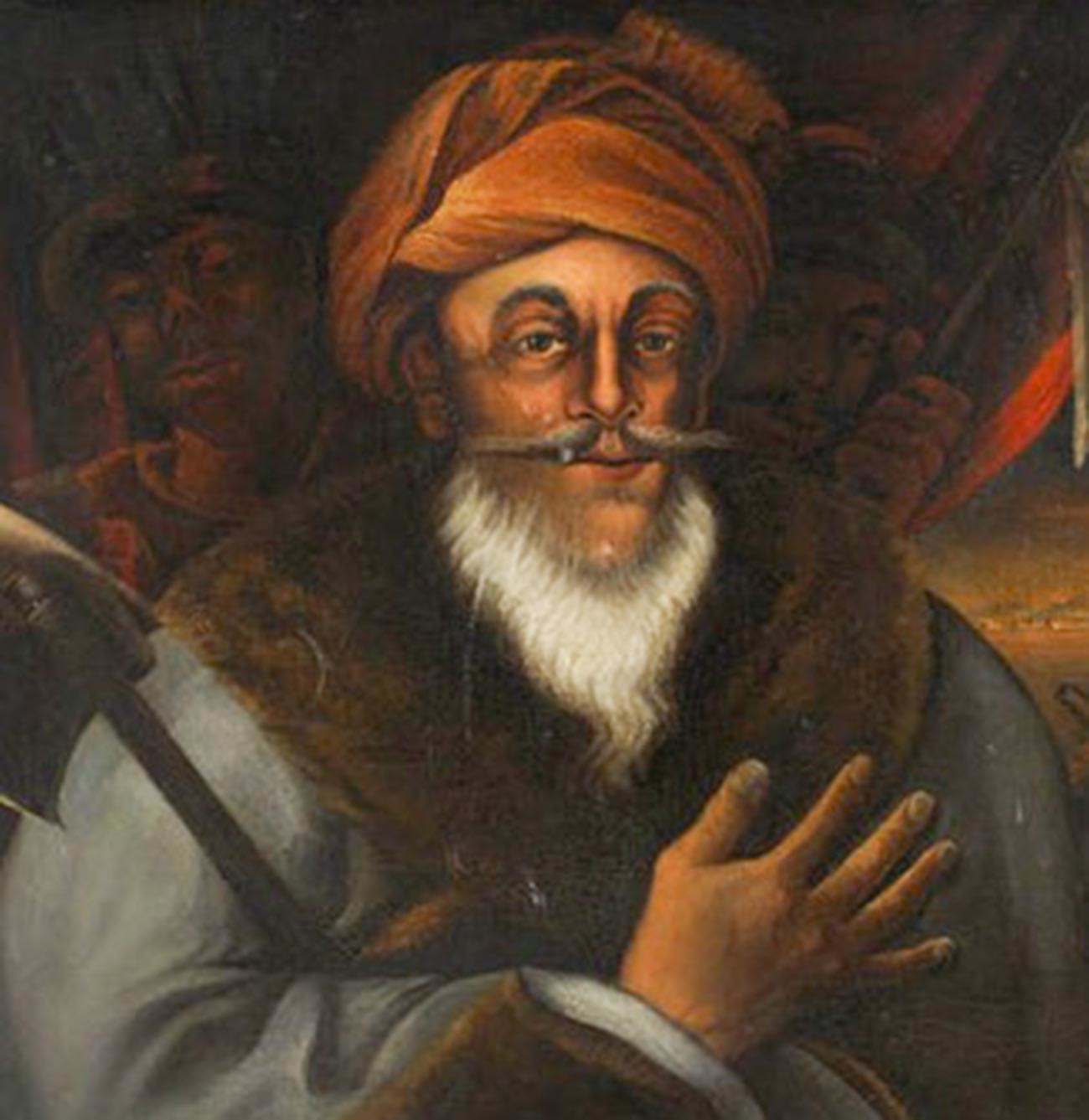 Throughout the entire period of Russian presence in the Levant, Yusuf Shihab would go out of his way to heap praise on the close and friendly relations between his state and the “Sultan of Moscovia” (Empress Catherine II). Beirut’s main gate even displayed the icon of Saint Catherine with an imperial crown, which one French diplomat took to be the portrait of the Russian empress. The soldiers standing watch would make sure that anyone approaching the gate would dismount and bow in front of the holy image.

This transfer of control to Russia would imply practical independence for Mount Lebanon. And as the emir justly noted, the Russians would physically not have been able to hold this faraway land under strict control.

The Russian Empire pretty much agreed with this assessment. The ruling elite understood that it had neither the sufficient resources, nor a powerful fleet to hold and control a province situated right on Turkey’s doorstep. Moreover, the country was by then in the throes of a full-on peasant and Cossack rebellion, mounted by Emelyan Pugachev, and Catherine really had no resources to dedicate to dealing with remote, exotic lands. 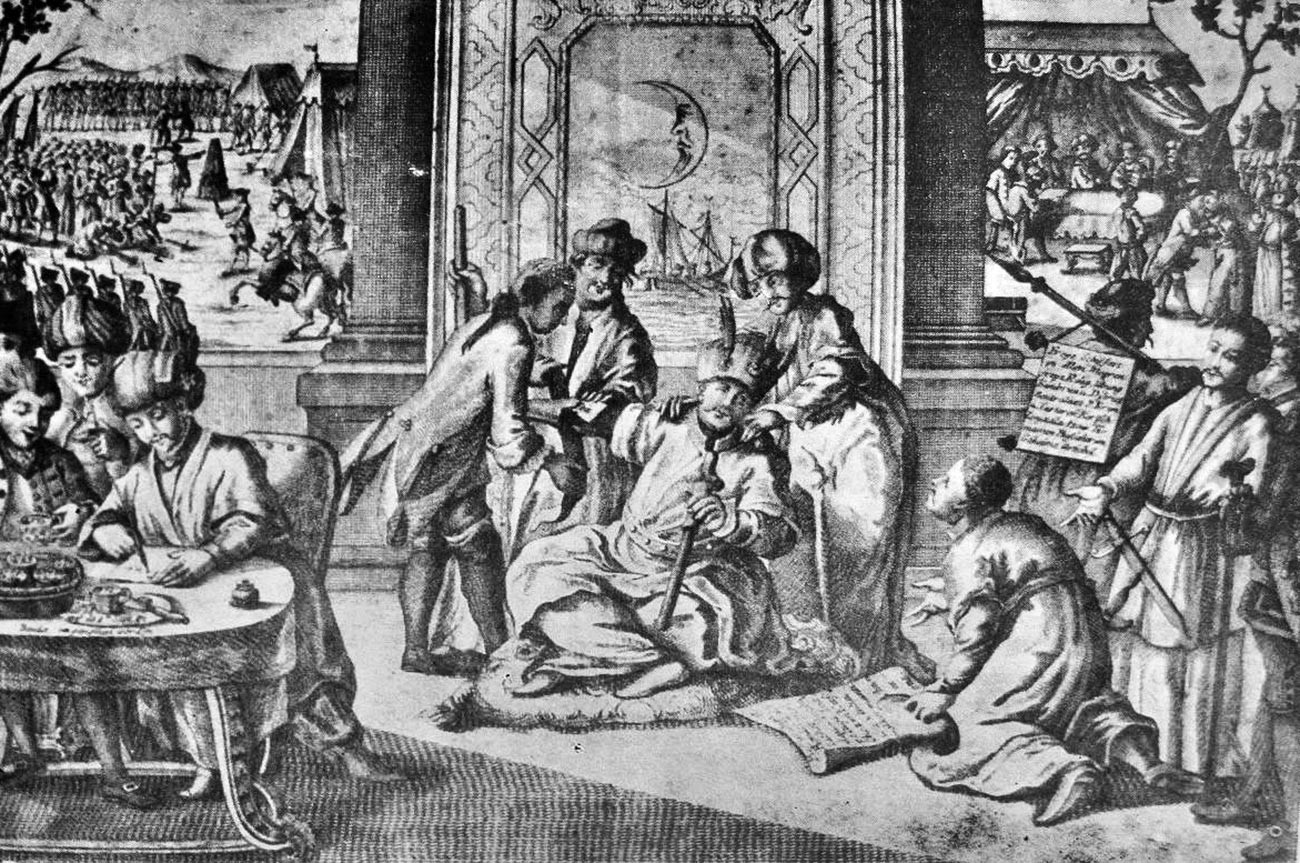 The signing of the Kuchuk-Kainarji Peace Treaty.

After the signing of the July 21, 1774, Kuchuk-Kainarji Peace Treaty with the Ottoman Empire, the Russian fleet finally left the Mediterranean Sea. Soon thereafter, the Sublime Porte gained victory over the rebel territories. Sheikh Zahir al-Umar al-Zaydani was killed in battle, but Emir Yusuf managed to survive and even struck a deal with Istanbul, which allowed him to remain head of Mount Lebanon.