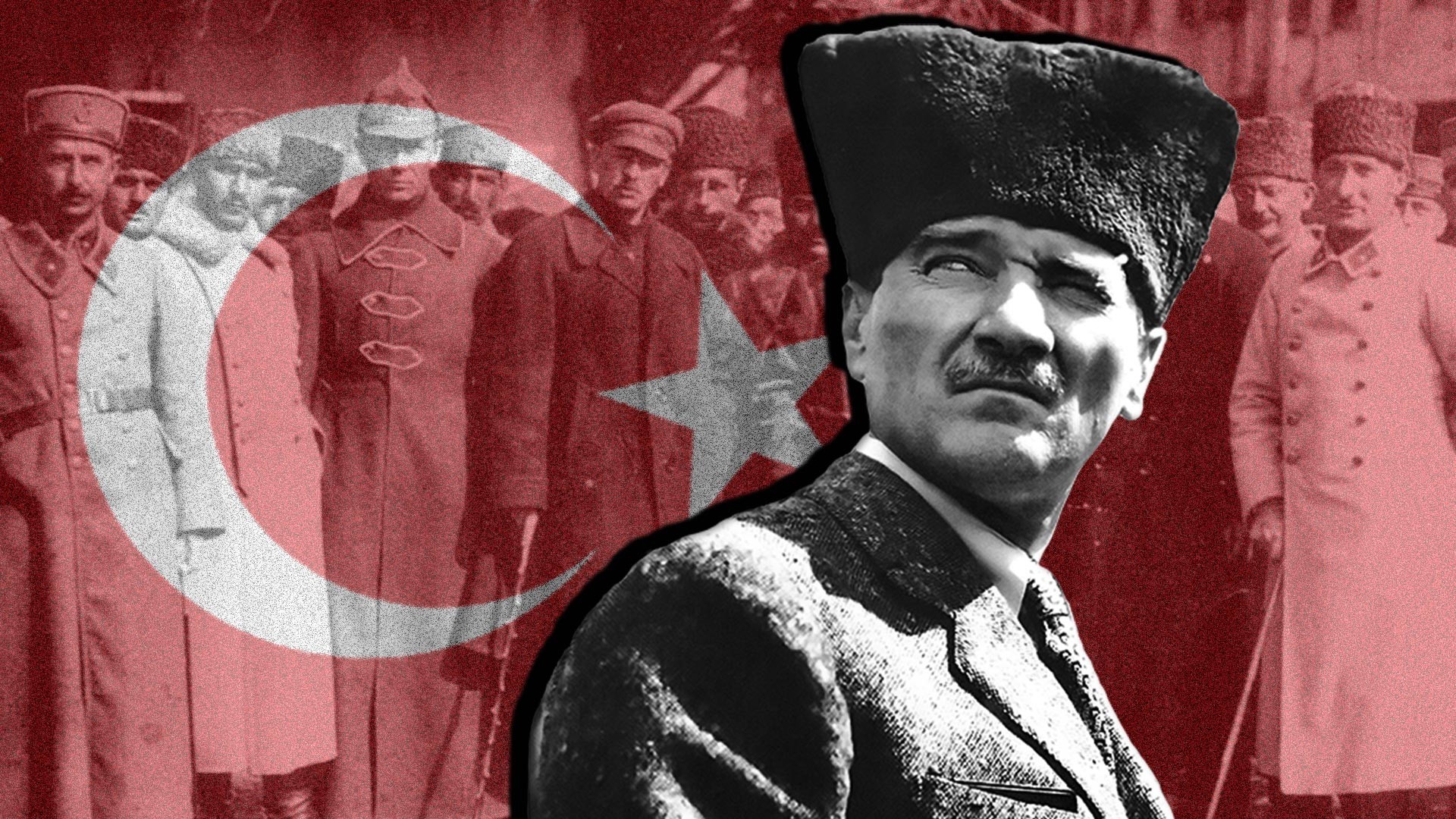 Archive photo; Russia Beyond
Although not ideologically aligned, Soviet Russia and Kemalist Turkey were temporarily united by the struggle against a common enemy.

The First World War ended in catastrophe for the Ottoman Empire. It was stripped of most of its extensive territory, its army was disarmed, and Istanbul found itself occupied by Allied troops. 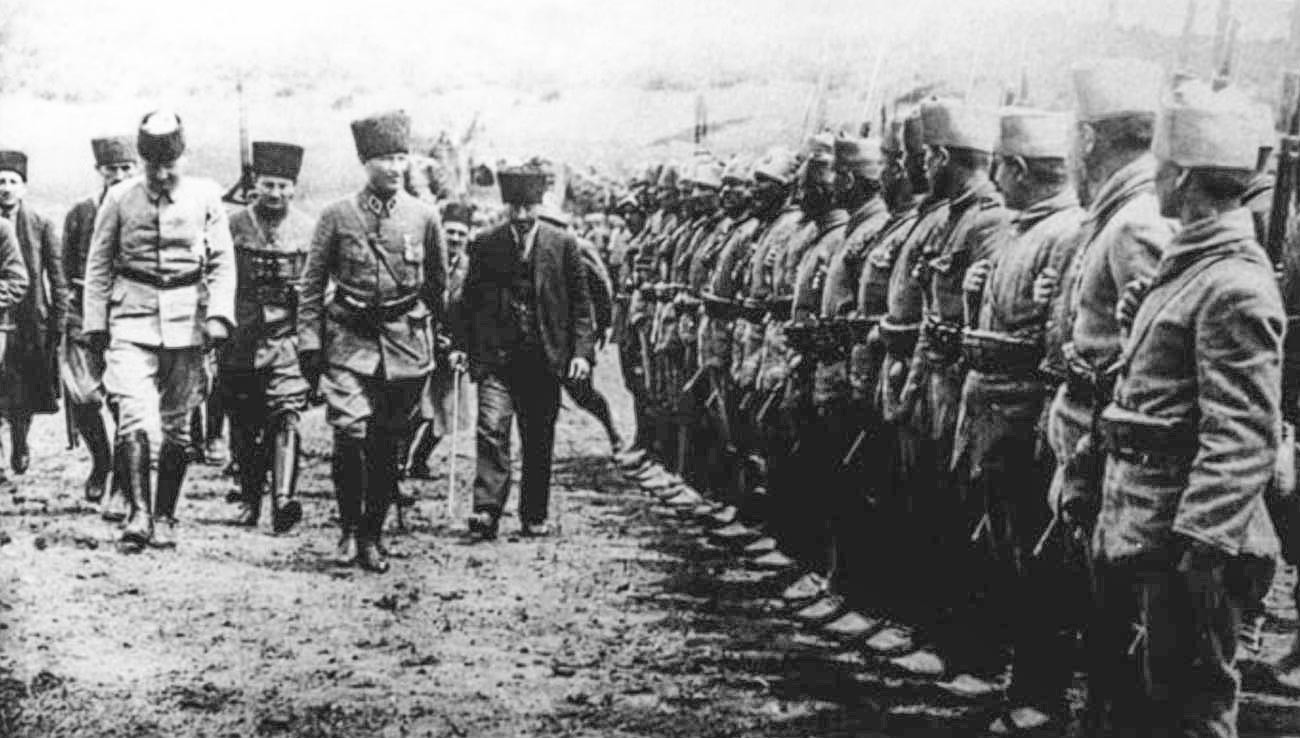 Since the government of Sultan Mehmed VI was ready to make any concessions to the British and French, effectively becoming their puppet, an alternative power center emerged in the former empire. Led by General Mustafa Kemal (who later became known as Atatürk — “Father of the Turks”), the national liberation movement fought to overcome the dominance of the Western powers and to avert a final collapse. On April 23, 1920, the Kemalists established their own parliament, the Grand National Assembly of Turkey, in Ankara.

Recognized by no one and surrounded by enemies on all sides, Atatürk was in dire need of an ally. Unexpectedly, he found one in the shape of another international outcast — Soviet Russia. 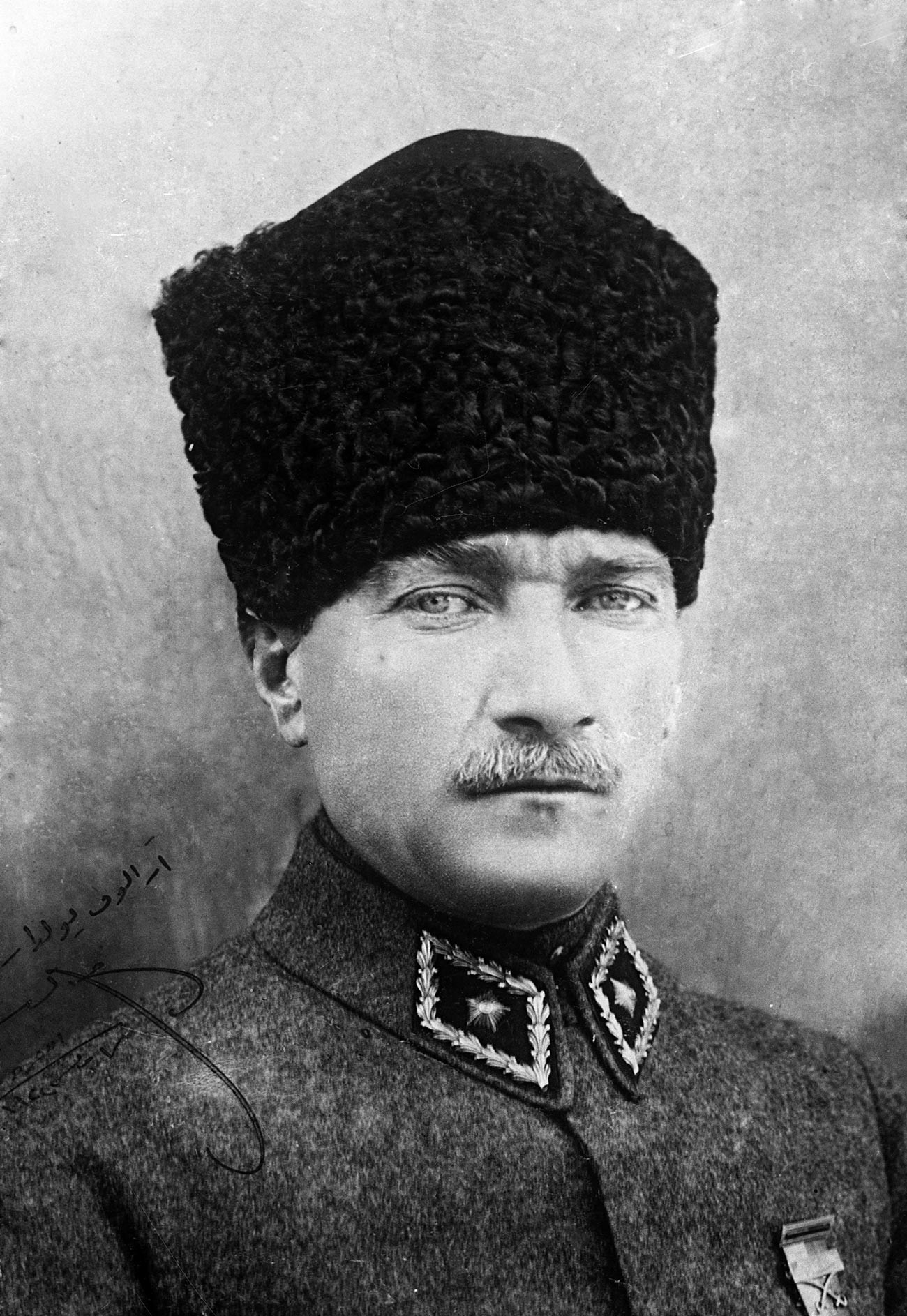 Portrait of Atatürk, gifted to the Soviet envoy to Turkey, Semyon Aralov.

On April 26, 1920, Mustafa Kemal formally approached Vladimir Lenin with a proposal for mutual recognition and a request for military assistance. The Bolsheviks responded positively.

In Soviet Russia, also internationally isolated, civil war and foreign intervention were still ongoing. By throwing in their lot with the growing movement of Turkish nationalists, the Bolsheviks acquired an ally in the struggle against the Entente, and also shored up their southern borders. 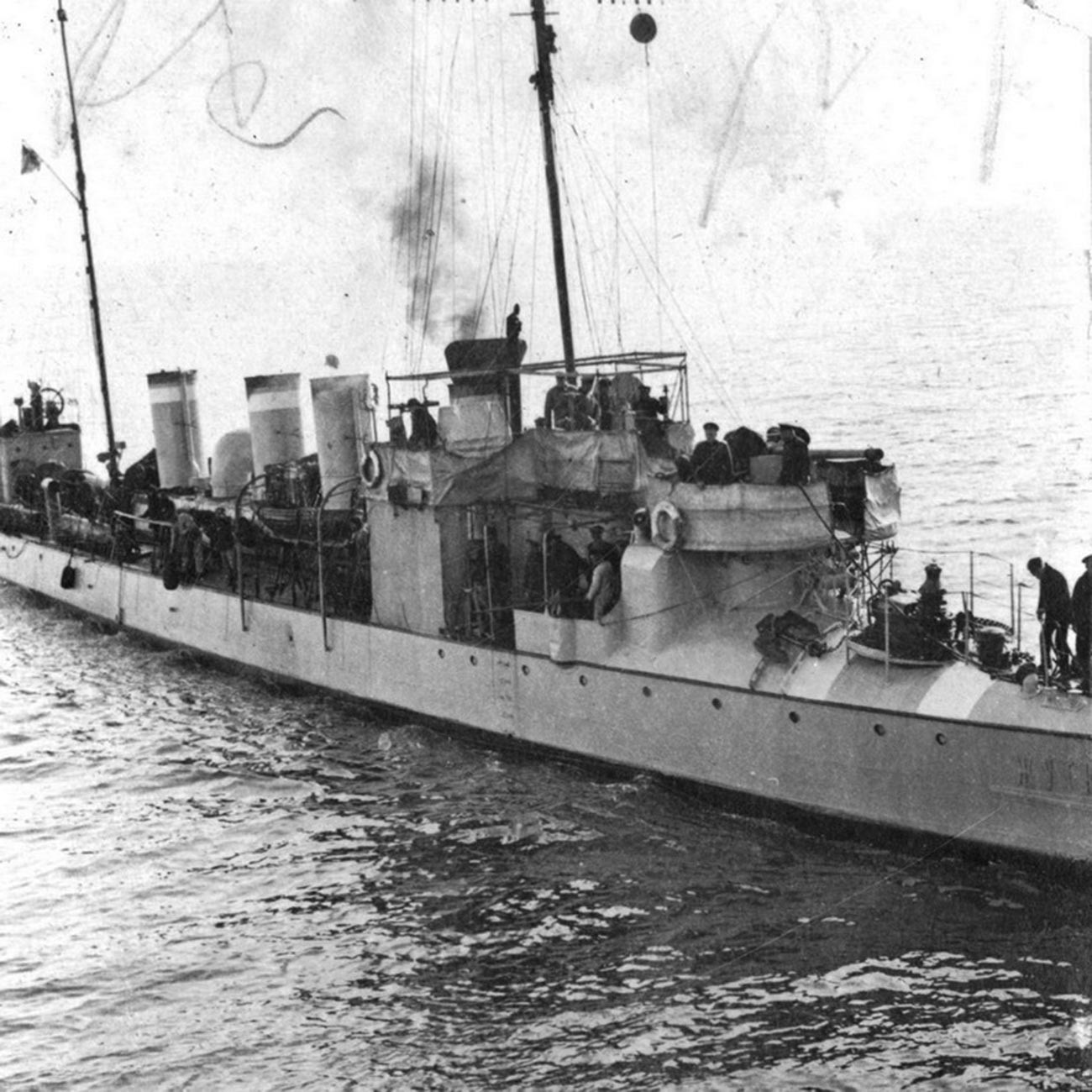 Military aid to the Kemalists started flowing almost immediately after Moscow and Ankara touched base. In the period from 1920 to 1922, Soviet Russia sent Atatürk almost 80 million lire (twice the outlays of the country’s Ministry of Defense), supplied 39,000 rifles, 327 machine guns, 147,000 shells, machinery and raw materials for the production of cartridges, plus two destroyers, Zhivoy (Alive) and Zhutky (Terrible). Under the stewardship of Soviet experts, two gunpowder factories were built in Turkey. In late 1921, Lenin said to the Soviet envoy to Turkey, Semyon Aralov: “We can help Turkey financially, although we ourselves are poor.”

On March 16, 1921, in Moscow, Lenin's government and representatives of the Great National Assembly concluded the “Treaty of Friendship and Brotherhood”, which resolved the territorial disputes between the Kemalists and the Bolsheviks. The north-eastern border of Turkey established then remains unchanged to this day. 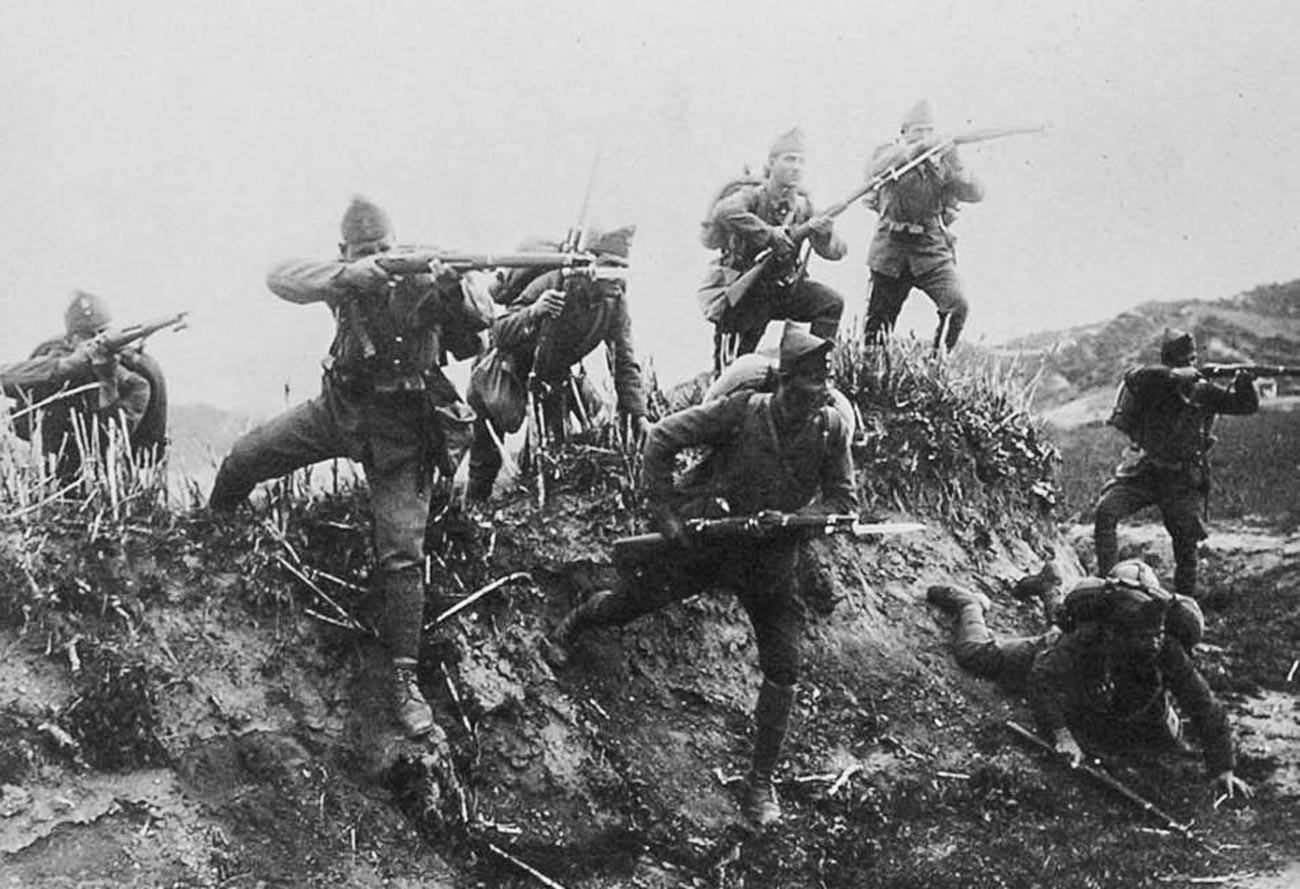 Greek infantry charge in river Ermos during the Greco-Turkish War (1919-1922).

Russian military aid played a key role in allowing Atatürk’s troops to defeat their two main adversaries: the Democratic Republic of Armenia to the east and the Greek army to the west, which, with the sanction of the great powers, had seized the western part of Asia Minor.

A group of Soviet military experts under the leadership of one of the most prominent Red Army commanders, Mikhail Frunze, took part in the victorious offensive against the Greeks. Aralov, who likewise had extensive combat experience, shared his knowledge of guerrilla warfare with Atatürk’s officers. At one point, even the future Marshal of the Soviet Union Kliment Voroshilov served as an adviser to Kemal. 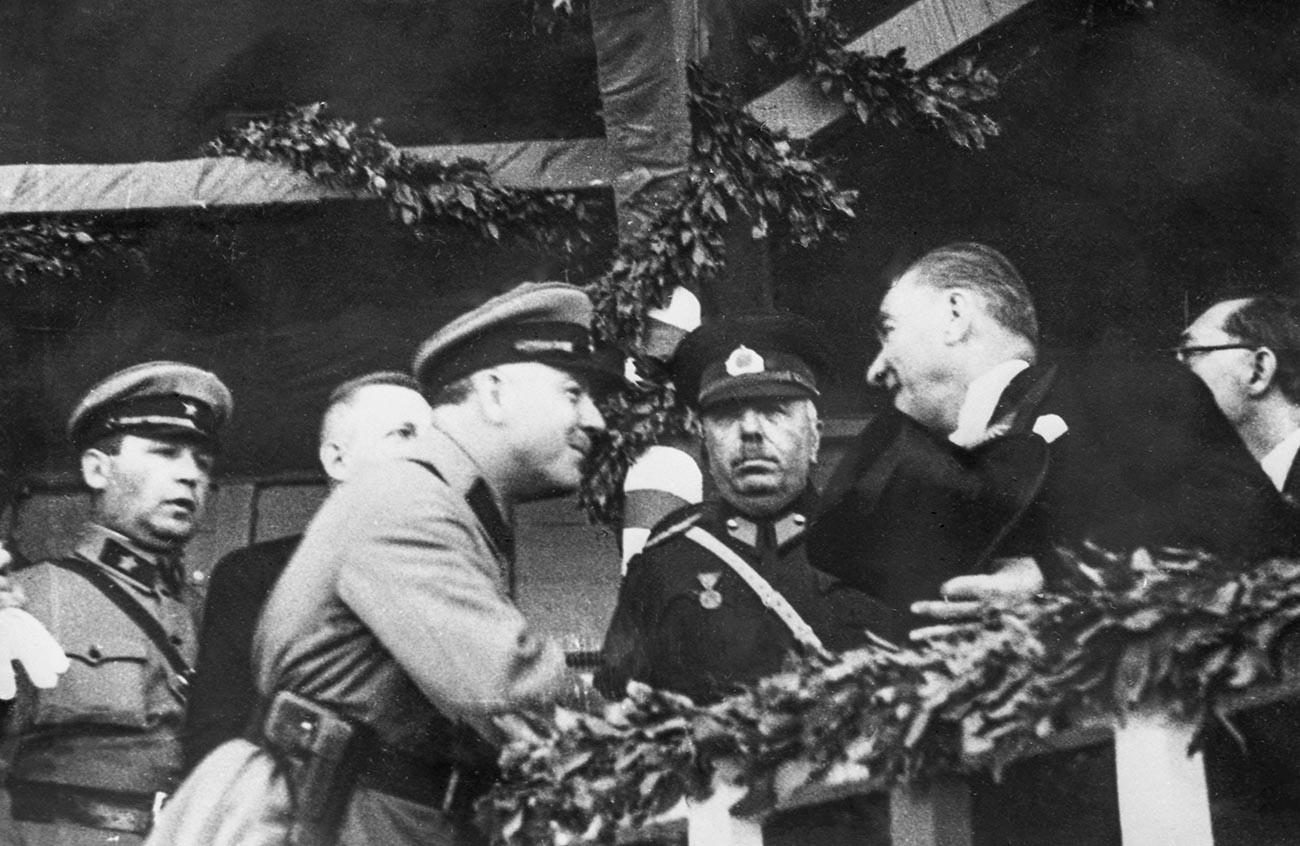 Kliment Voroshilov and Atatürk in 1933.

Victory on the battlefield was followed by success in the fractious political arena, leading in 1923 to the proclamation of the Republic of Turkey with Mustafa Kemal Atatürk as its first president.

From friendship to enmity

Both Moscow and Ankara understood that cooperation between Turkish nationalists and Russian communists would be temporary. Kemal clearly saw the difference between being a Bolshevik and being an ally of the Bolsheviks. In turn, having achieved their objectives, pragmatic minds in the Kremlin saw little prospect in the Sovietization of Turkey. 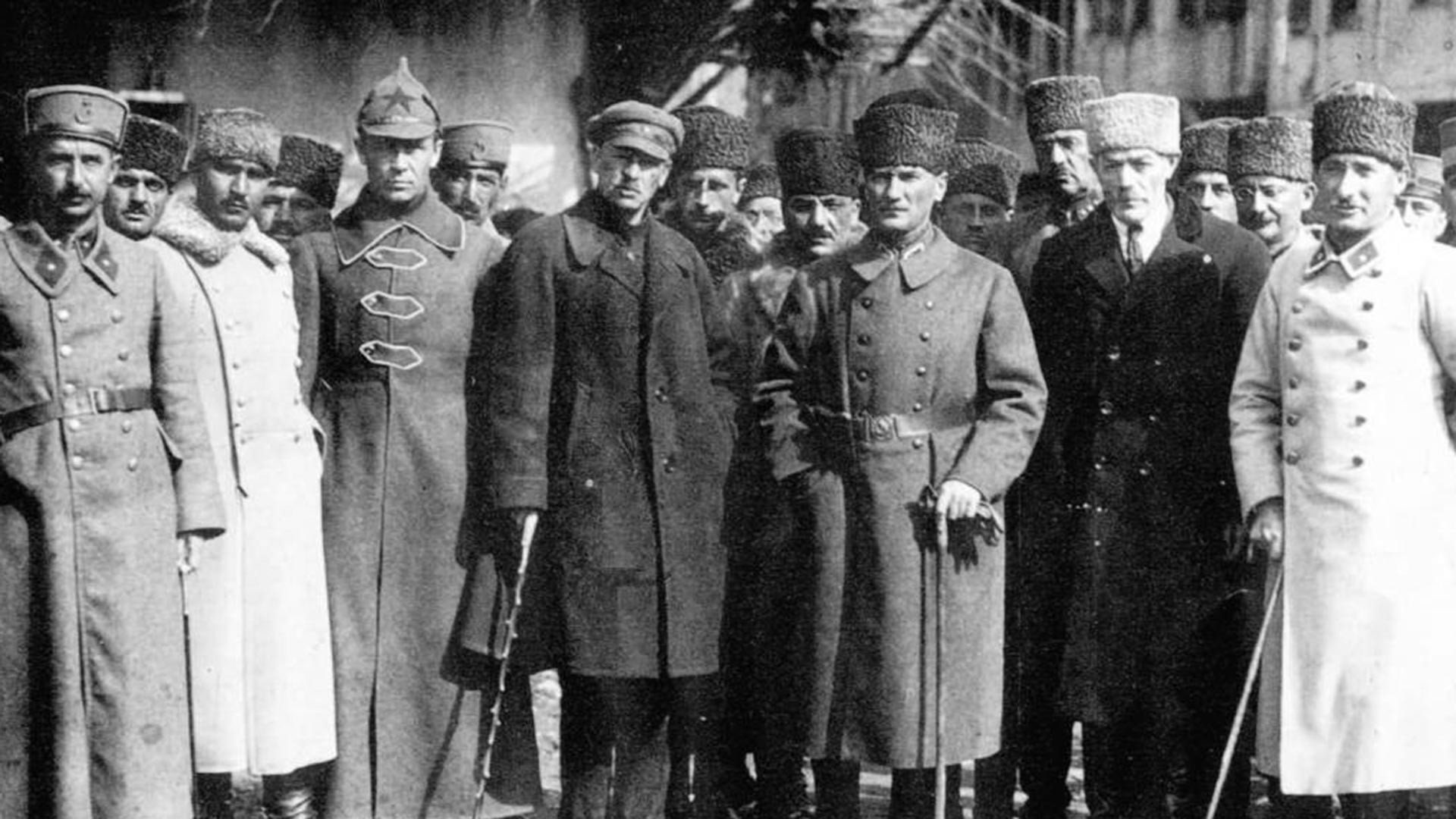 “Those who believe that friendship between Russia and Turkey necessarily means the adoption of the Bolshevik system have a poor understanding of political affairs...” wrote the editor-in-chief of the Kemalist newspaper Hâkimiyet-i Milliye (National Sovereignty), Mahmut Soydan, on April 25, 1921: “The truth is that we have never heard such words from our Russian friends: ‘Since we are on friendly terms, since we have effectively tied our political destinies, then you must accept our system of government.” (Rasim Dirsehan Ors. Russians, Atatürk and the Birth of the Turkish Republic. In the Mirror of the Soviet Press of the 1920s. Moscow, 2012).

Shortly afterwards, Turkey deserted Moscow’s camp in favor of the latter’s political opponents. In 1923, the Communist Party was banned in the country, and during the Nazi invasion of the USSR, the Turks concentrated large forces on its borders, ready to invade the Soviet Caucasus if the Red Army collapsed. 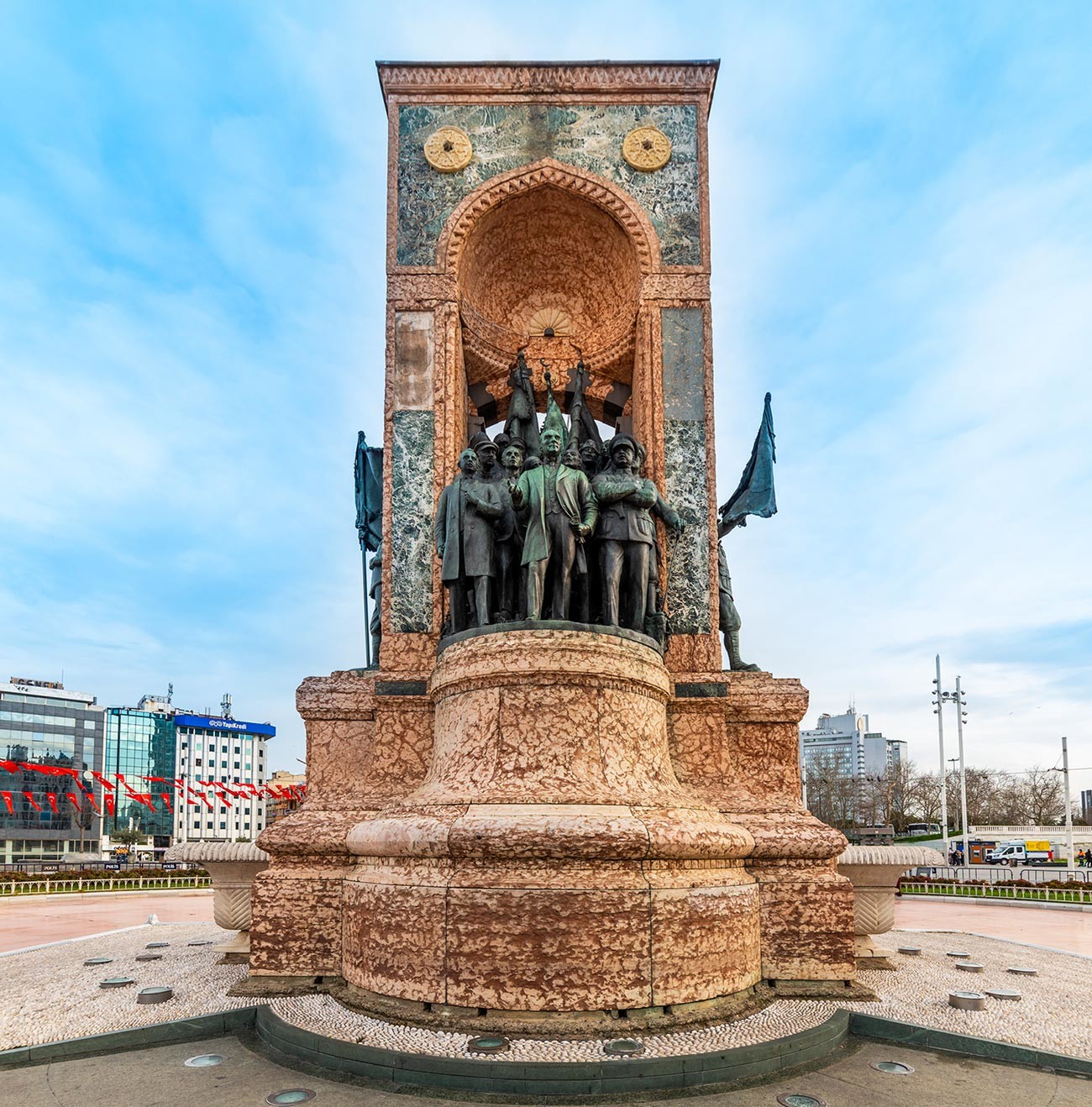 The Republic Monument in Istanbul.

Nevertheless, Mustafa Kemal Atatürk never forgot about the help that Soviet Russia provided in his hour of need. As such, next to the “Father of the Turks” on the Republic Monument, installed in Istanbul in 1928, stand the figures of Kliment Voroshilov and Semyon Aralov.