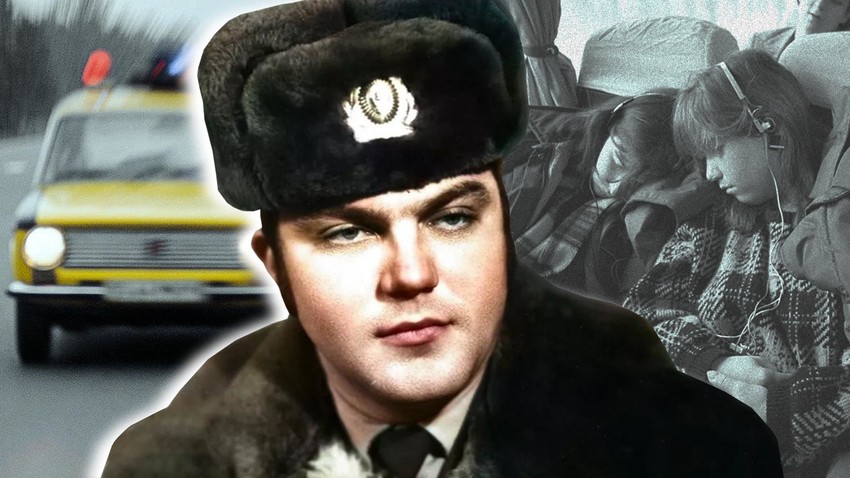 At a gala reception in May 1990, a representative from the United States read a thank you letter from President George H. W. Bush to a simple Soviet traffic police inspector from the Kursk region. The event resonated throughout the country. What were the events that led to the president of the U.S. to thanking a Soviet police officer? 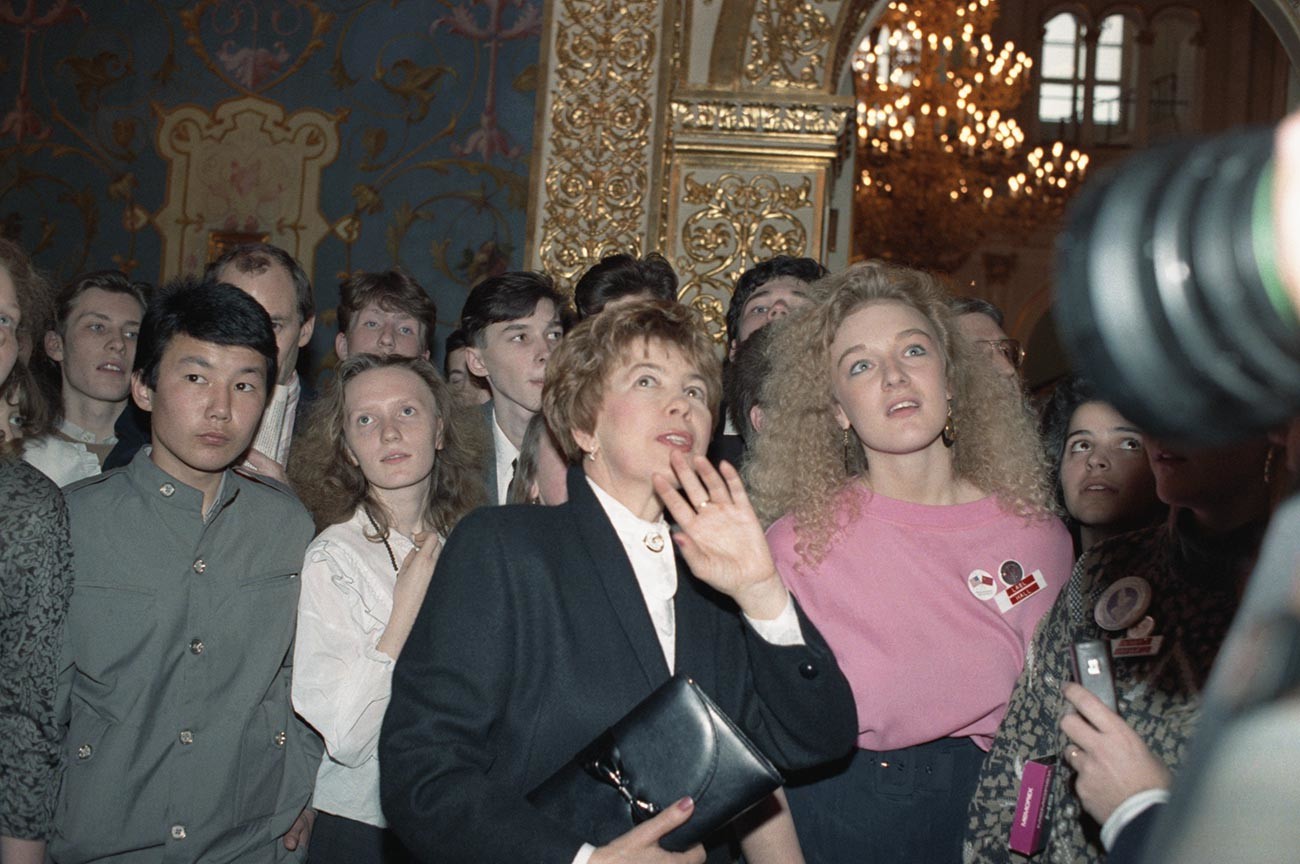 Raisa Gorbacheva, the wife of the Soviet leader Mikhail Gorbachev, with American teens in the Kremlin, 1989.

In the late Sovet period beginning in 1987, a student exchange program with the U.S. was created. Called People to People International (and also known as the Friendship Caravan in the USSR), the first group of participants was personally hosted by the Soviet leader Mikhail Gorbachev. In the summer of 1989, a group of 300 American high school students from different states embarked on a trip to the USSR. The journey began in Moscow and was followed by visits to several cities on a tourist bus before wrapping up at the Artek camp in Crimea, where participants met with their peers. 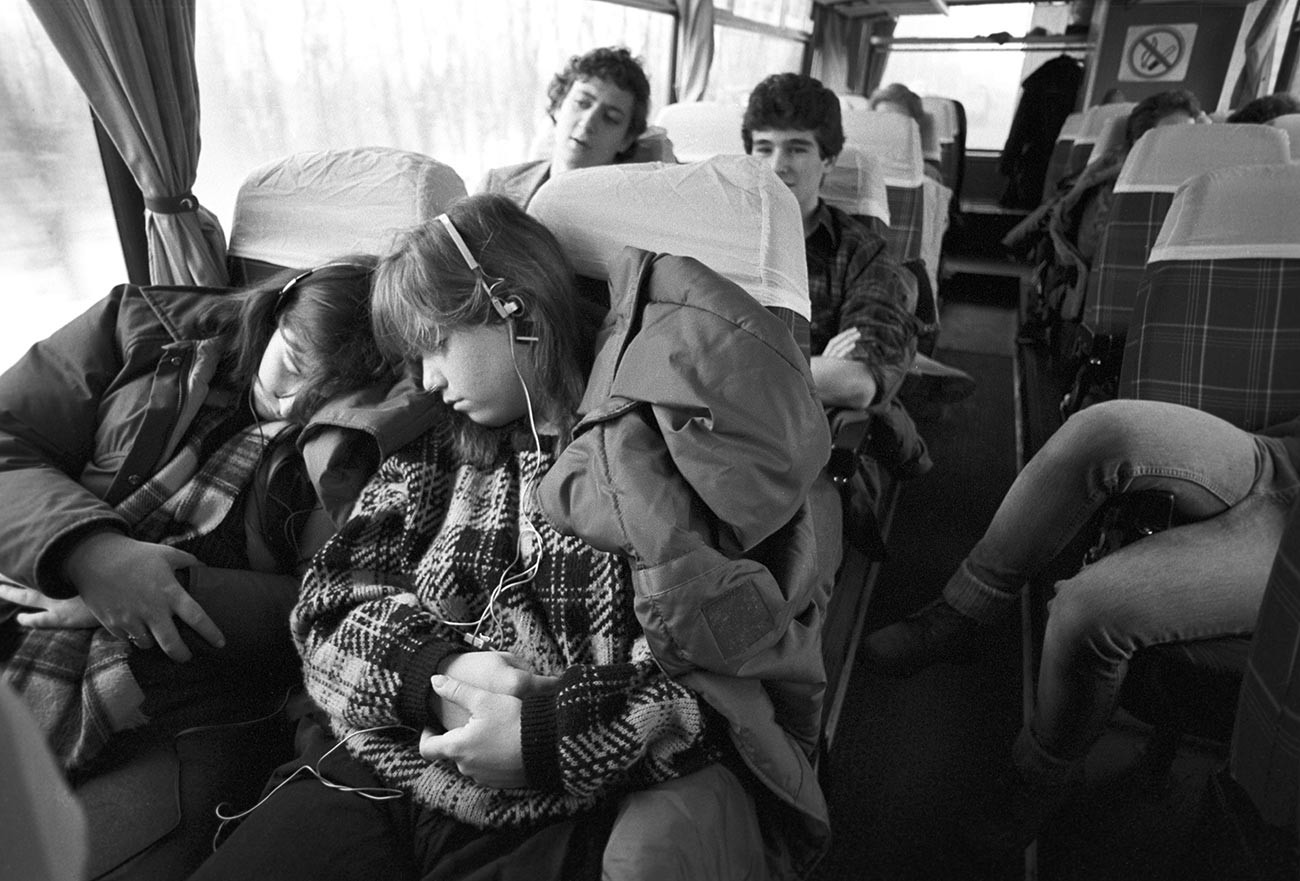 American teens in the Soviet Union.

On the fateful day of August 2, nine buses were traveling from Belgorod to Kursk. They were accompanied by a traffic police car with two Kursk policemen. Sergeant Mikhail Pankrushev was behind the wheel, and Senior Lieutenant Vladimir Kirilyuk was in the passenger seat. A bus with 40 American teens followed behind them. Suddenly, a ZIL-133 truck moving in the oncoming lane of the highway lost control and was almost certainly destined to crash into the bus. 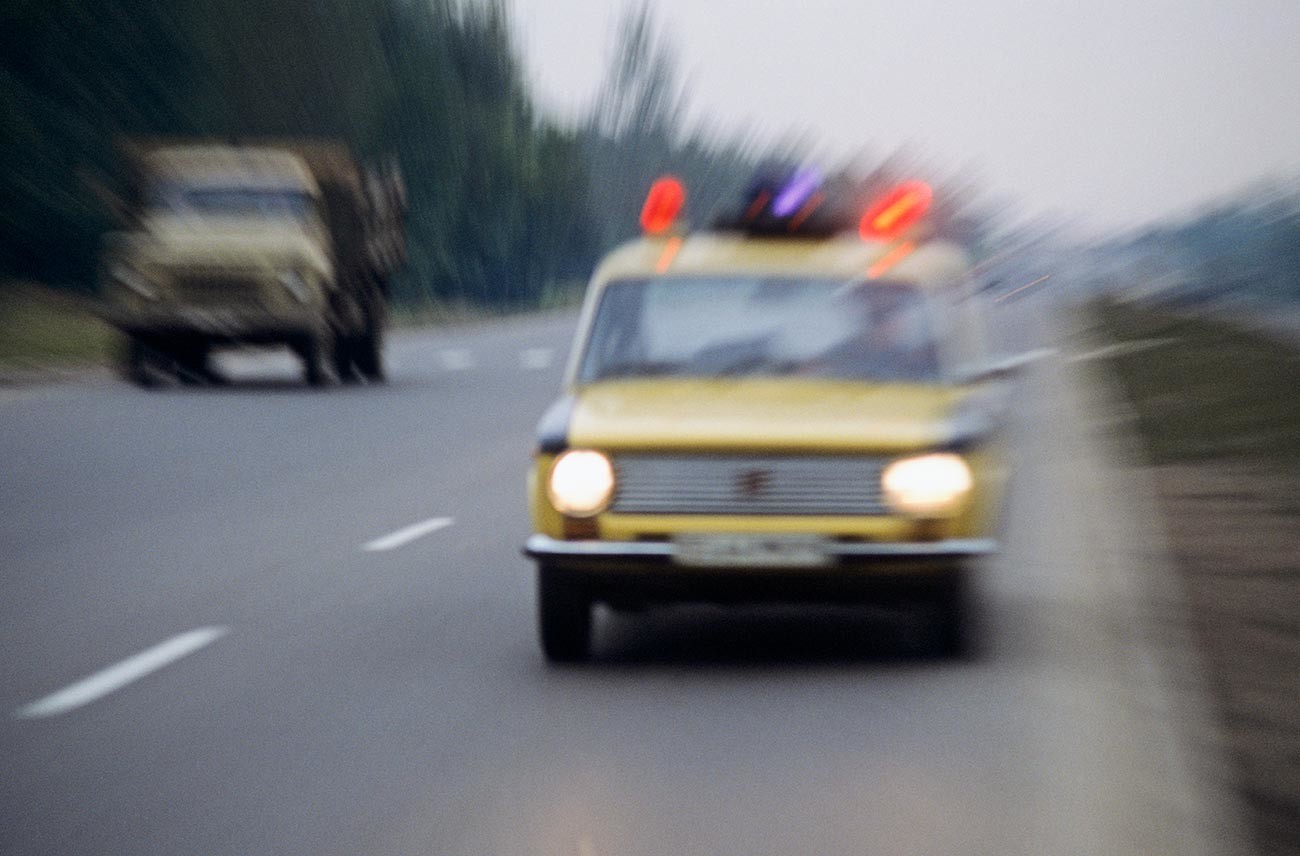 Pankrushev reacted quickly. He turned the wheel to the left and stopped the police car in front of the truck. Both traffic policemen were injured and spent some time in the hospital, but thanks to his quick thinking none of the teenagers were injured.

Pankrushev had some broken ribs but was able to return to work, while his colleague left the police due to his injuries. 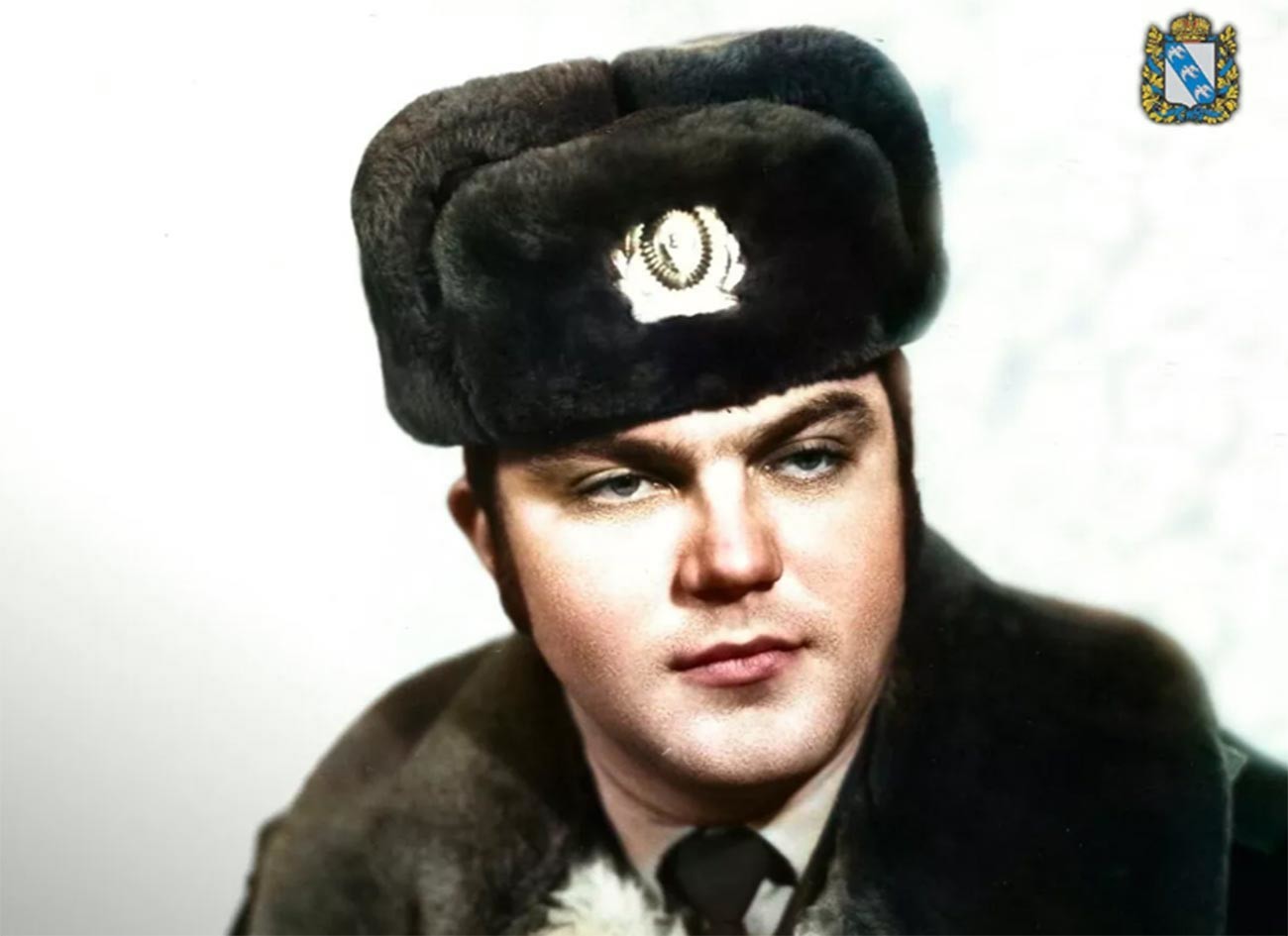 Even years later, Pankrushev wouldn’t say whether it was he alone or both officers who made the decision to risk their lives. What is known is that both policemen received medals, certificates of honor and cash bonuses for their heroism. Pankrushev was bestowed the extraordinary rank of foreman and received a long-awaited warrant for a new apartment. 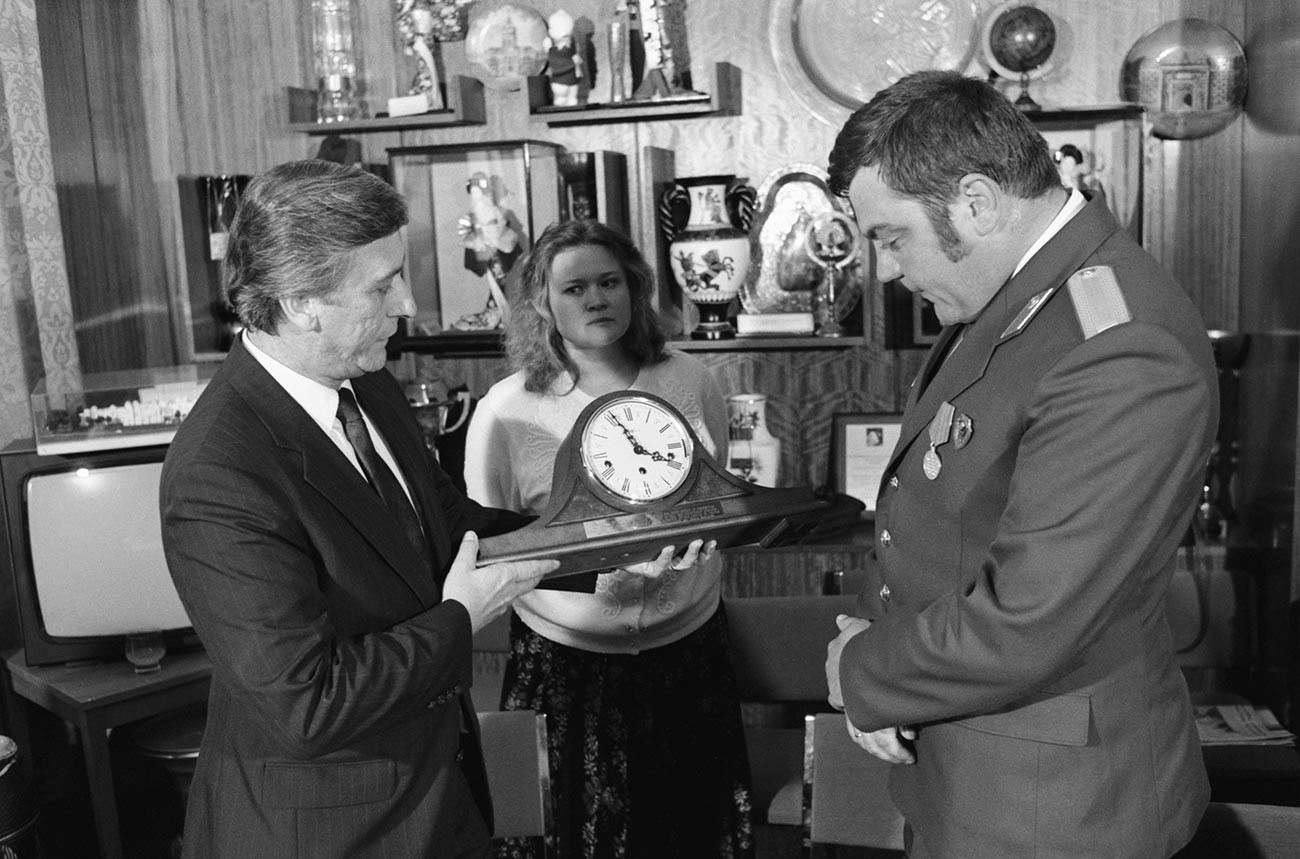 People To People head presents Mikhail Pankrushev a gift from the U.S. president.

The news about the heroic policemen even reached President George H. W. Bush. He paid special attention to this exchange program, and the trip participants themselves told him about this extraordinary event. In 1990, an American delegation arrived in Moscow and handed Pankrushev a letter of thanks dated May 9. Bush called this deed of the Soviet police an act of “exceptional bravery.” 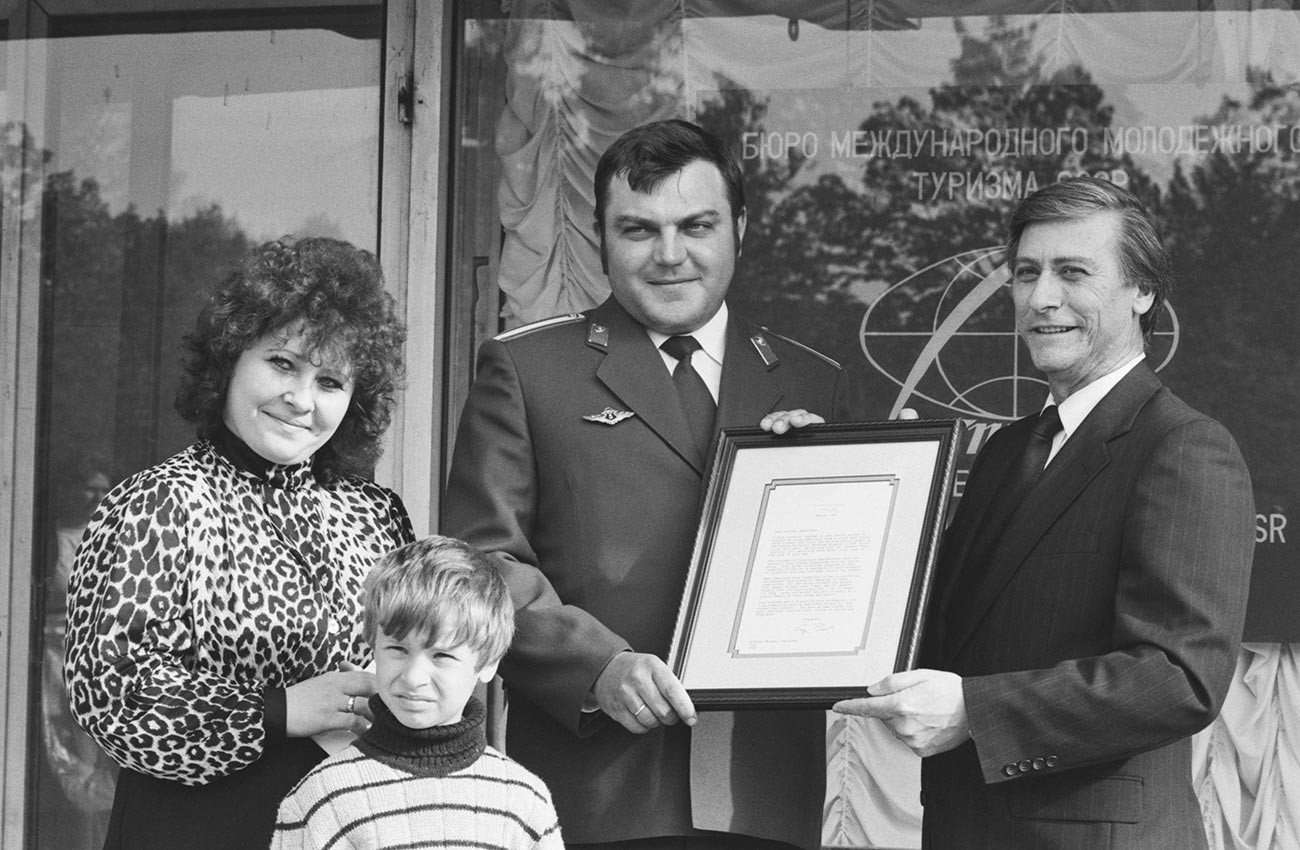 Mikhail Pankrushev, his wife and son with the girf from the U.S. president.

“Many Americans have traveled to the Soviet Union and brought back wonderful memories of their experiences, but the young students you helped last summer brought home a very special memory. Knowing that you would place your life in danger for them, above and beyond the call of duty, will always remain in their minds and hearts,” President Bush wrote.

In addition to the letter, Bush sent some souvenirs, including an autographed portrait and a mantel clock.

Pankrushev served in the traffic police until his retirement. He died in November 2020 from heart disease.