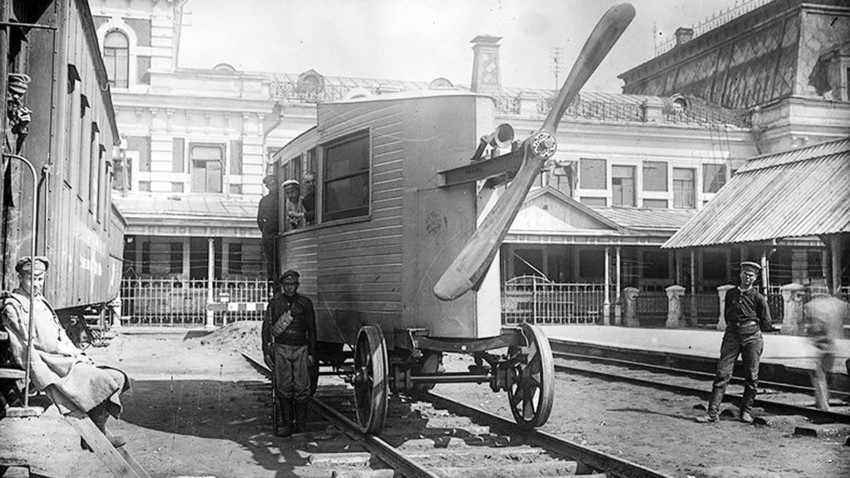 Archive photo
It should have become the first high-speed train in Russia, but, instead, became involved in a fierce revolutionary struggle.

What would happen if you crossed a train with an airplane? Would it “fly” on rails?

The question was asked 100 years ago by engineers across the world. Locomotives, whose advantages still exceeded their flaws, were quite popular and not in a hurry to be on their way out. However, there were constant attempts to transform them into something with a little more promise. Making it go faster was the first order of business. The idea to attach an airplane engine and a propeller to it was among the more popular ones.

The first to make it happen was German Otto Steinitz in 1919. His prototype of a self-propelled carriage with a Dringos aircraft engine system could reach speeds of up to 120-150 km/h. 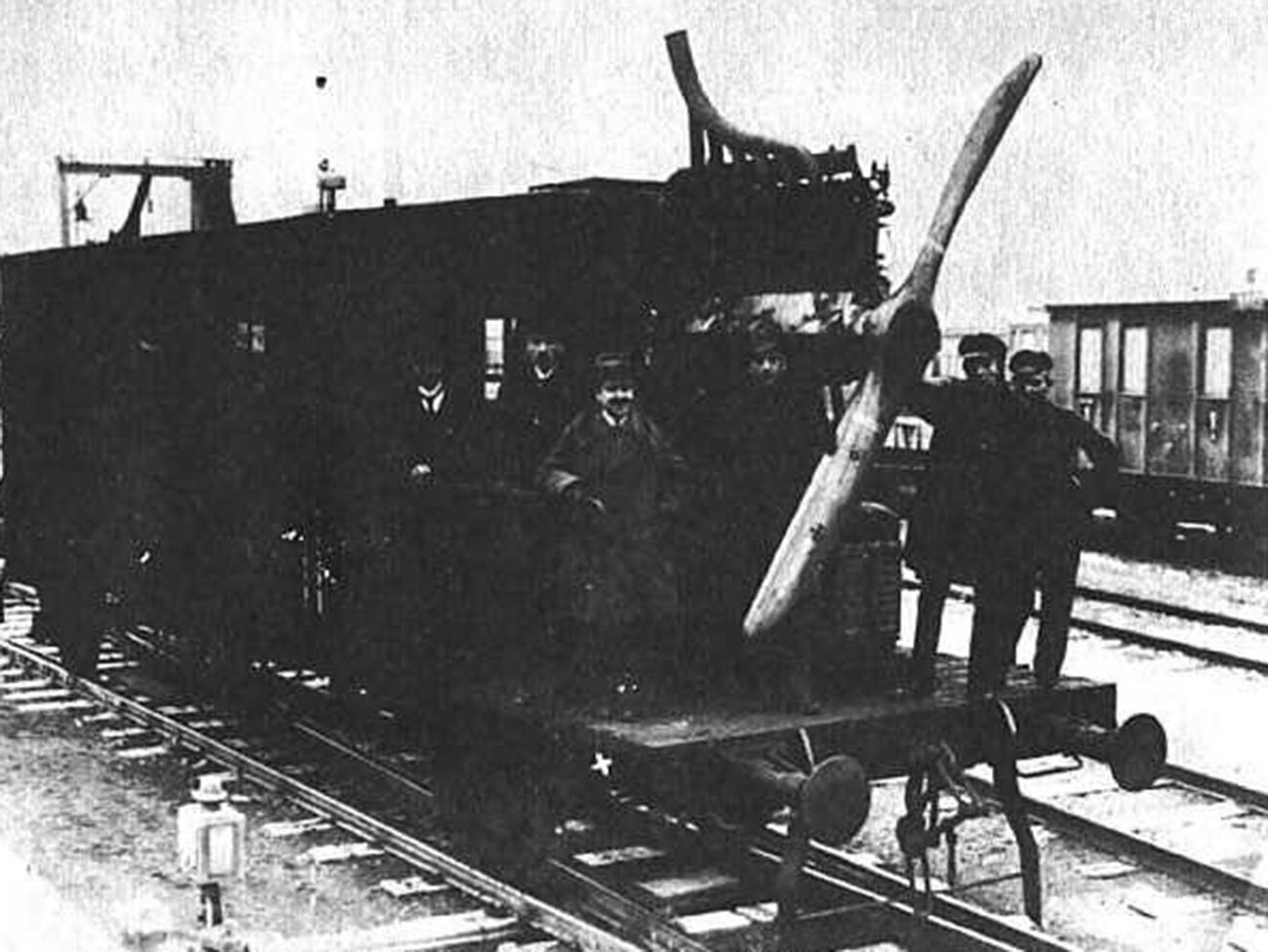 However, the Dringos propeller locomotive never entered mass production - the Versailles Treaty got in the way of that with a ban on the manufacture and use of aircraft engines. Despite that, a year later, the same project was attempted by a Soviet train driver.

His name was Valerian Abakovsky. Born in the Russian Empire,  he found himself in Tambov (460 km from Moscow) after the 1917 Revolution, where he worked as a driver at the local counter-revolutionary security body. Abakovsky, 24 at the time, worshipped technology. And word reached him about the recent Dringos experiment.

He had to make a solid case to be allowed into the Tambov railway workshop in the early 1920s, where, upon being accepted, he built his first aerowagon. 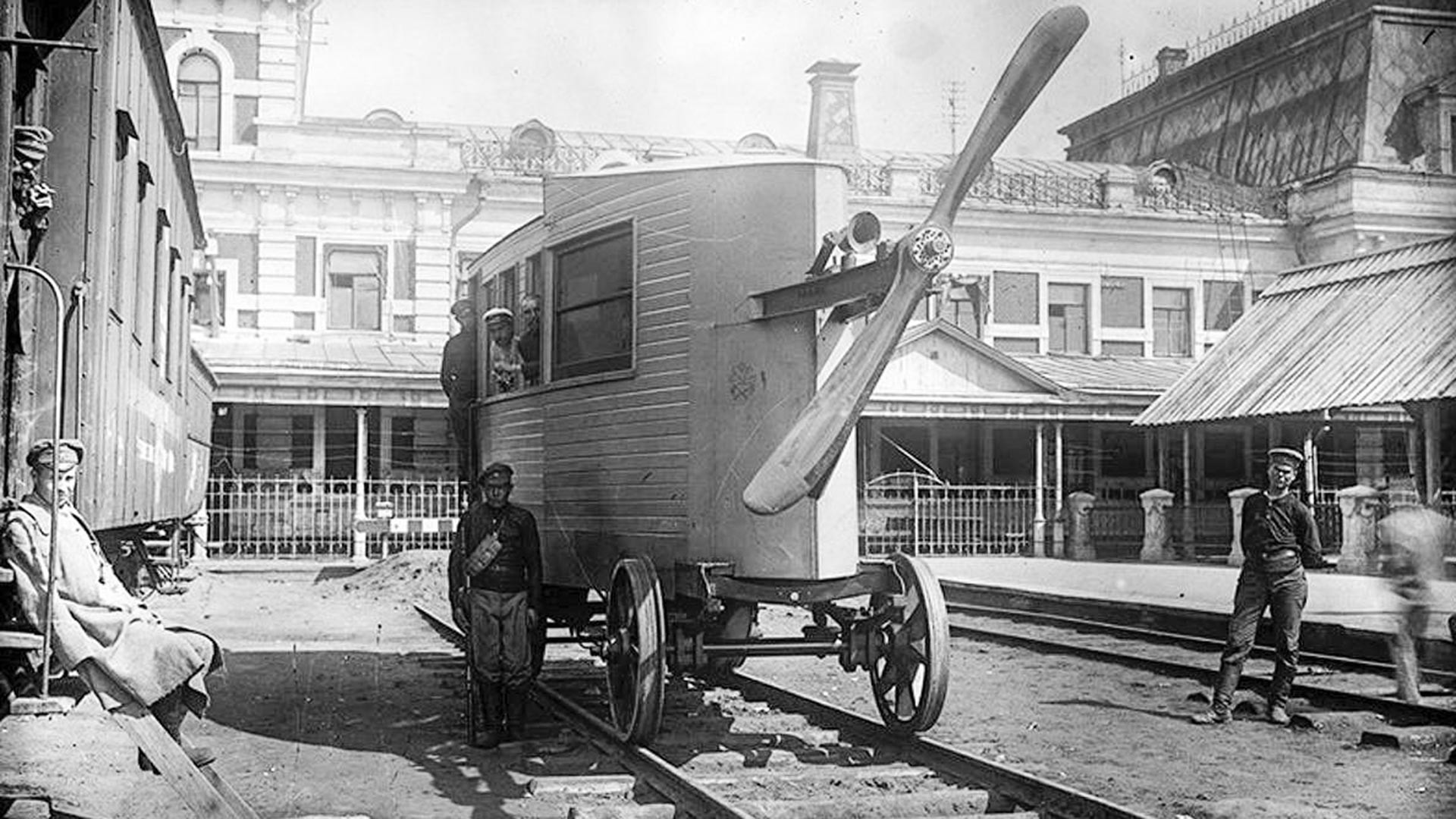 There is no record of Abakovsky’s education, but the project received special recognition - mainly, because it would be very well suited to quickly transporting government higher-ups and sensitive materials. 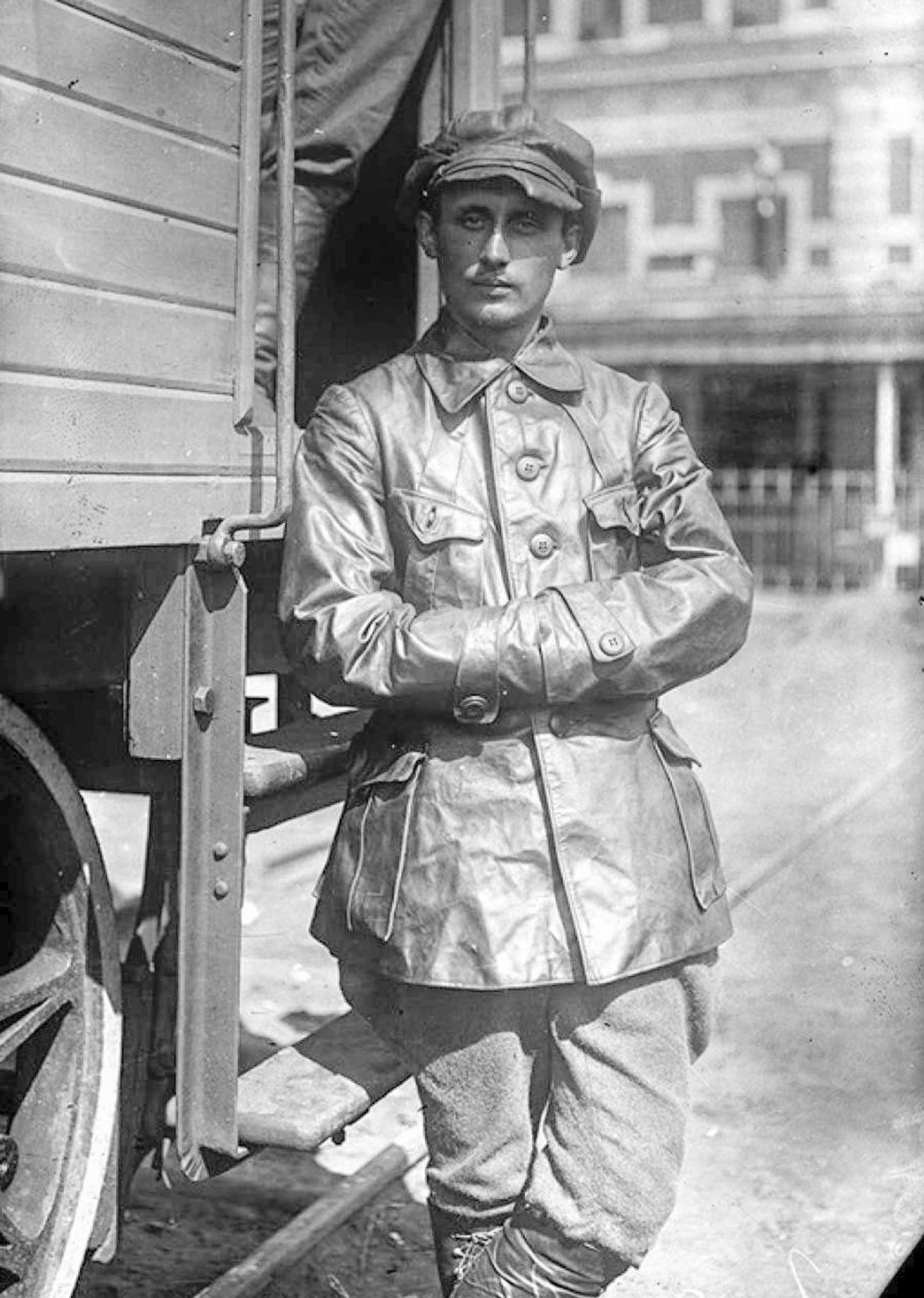 In order to achieve a more aerodynamic design, the nose of the cabin was made into the shape of a wedge, with the roof slightly slanted. At the front was an aircraft engine, spinning a two-bladed wooden propeller almost three meters in diameter, while the middle and rear portions of the cabin were intended for transporting up to 25 passengers.

Abakovsky’s wagon could reach speeds of up to 140 km/h. Trials began in the summer of 1921 and, by mid-July, the wagon had traveled more than 3,000 kilometers. The design was proclaimed a success and the constructors decided to try it out with VIPs onboard. This was a tragic mistake.

Catastrophe on the Kursk Road 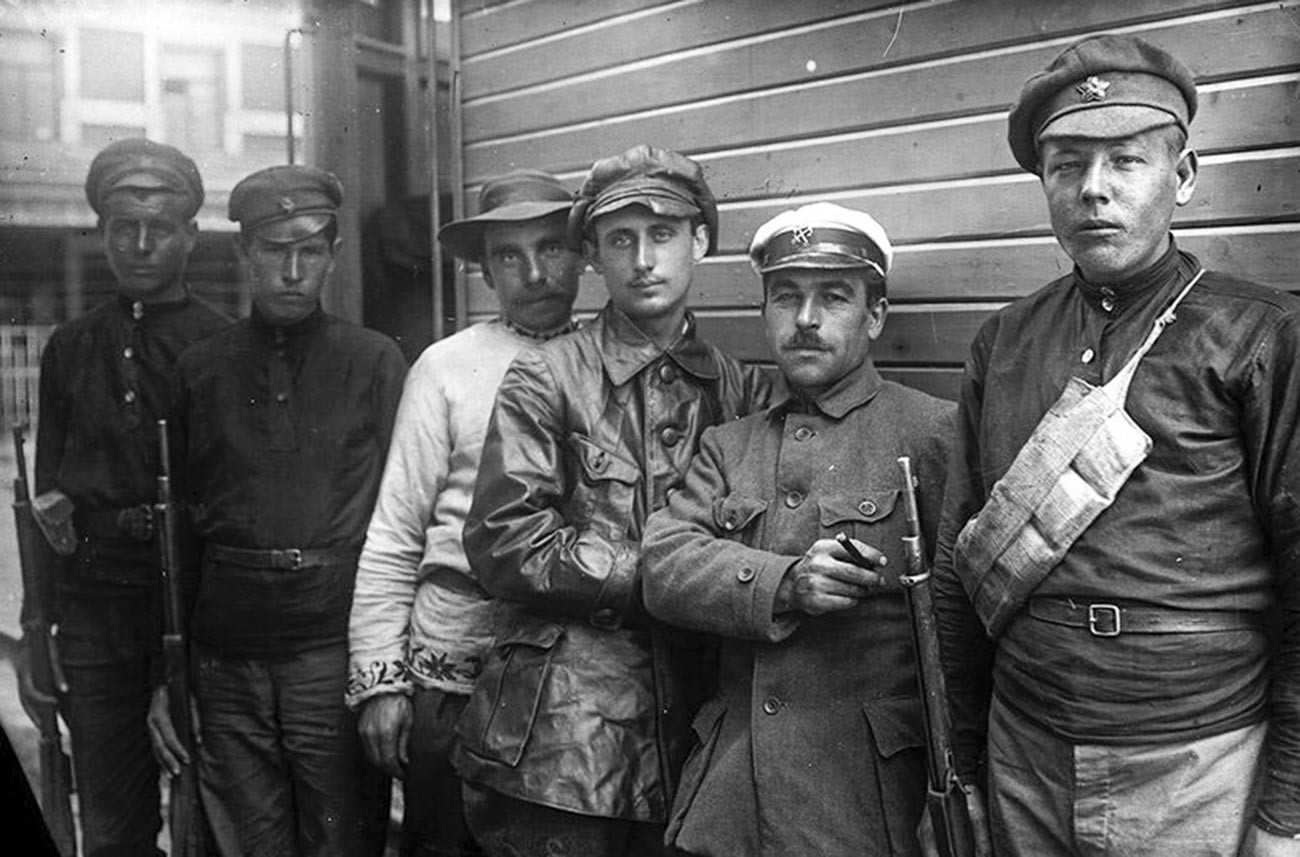 Abakovsky with his comrades

In July 1921, the aerowagon’s emergence was very timely. Several sessions of the Communist International with foreign delegates were taking place in Moscow at once. The Bolsheviks decided that talking about the meaning of the Russian Revolution was best done in the presence of the power that propelled it forward - the proletariat. Heading the delegation was Fedor Sergeev, known as ‘Comrade Artem’ and a close friend of Stalin’s. He founded the Donetsk-Krivoy Rog Soviet Republic in 1918, known among the people as the ‘Donbass Republic’. The planned tour included a coal basin just outside Tula. 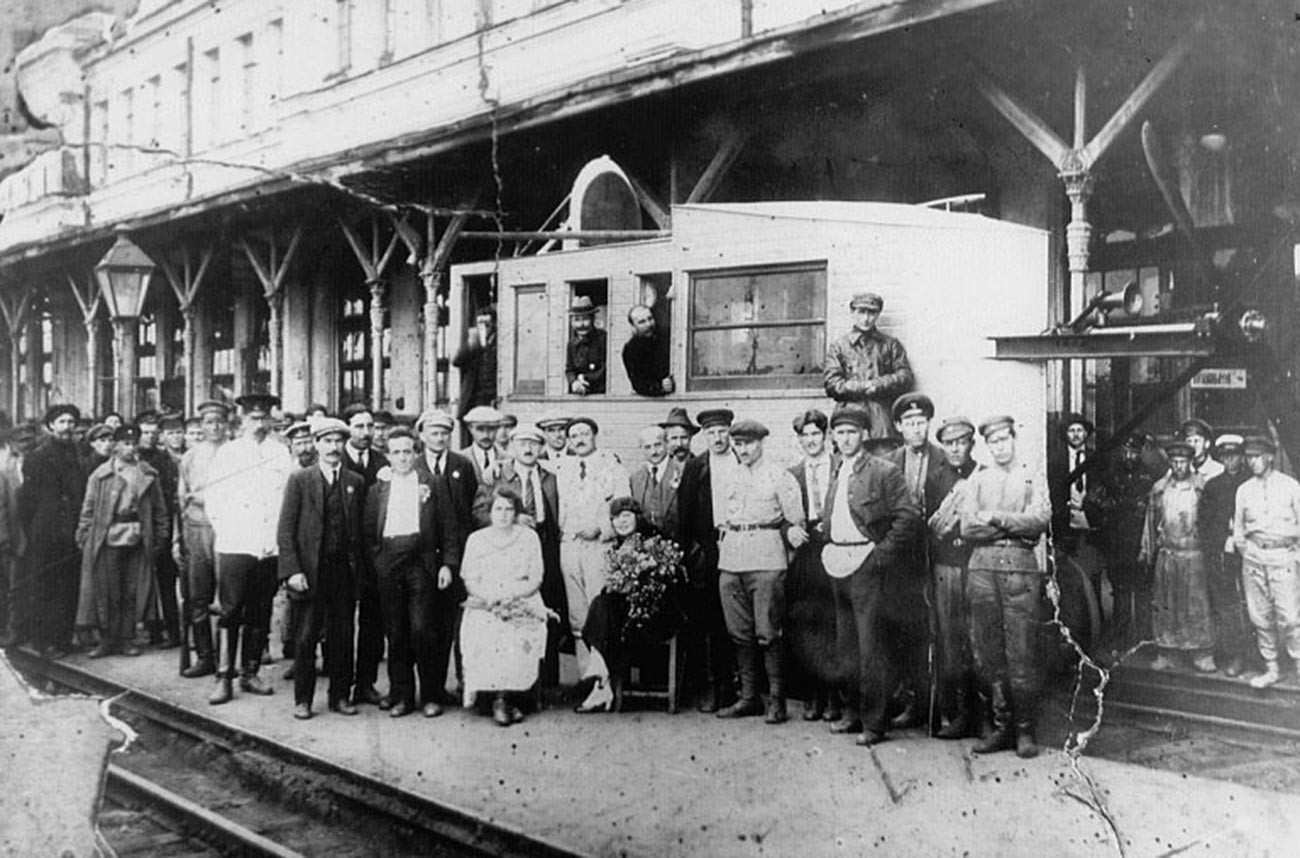 On the morning of July 24, Artem, along with Abakovsky, German communist Oscar Gelbrich, Australian communist John Freeman and other foreigners set out to meet Soviet miners. The “cutting edge aerowagon” moved at the speed of about 40-45 km/h, safely delivering the delegates first to the site of the mines, then to the Tula weapons factory. 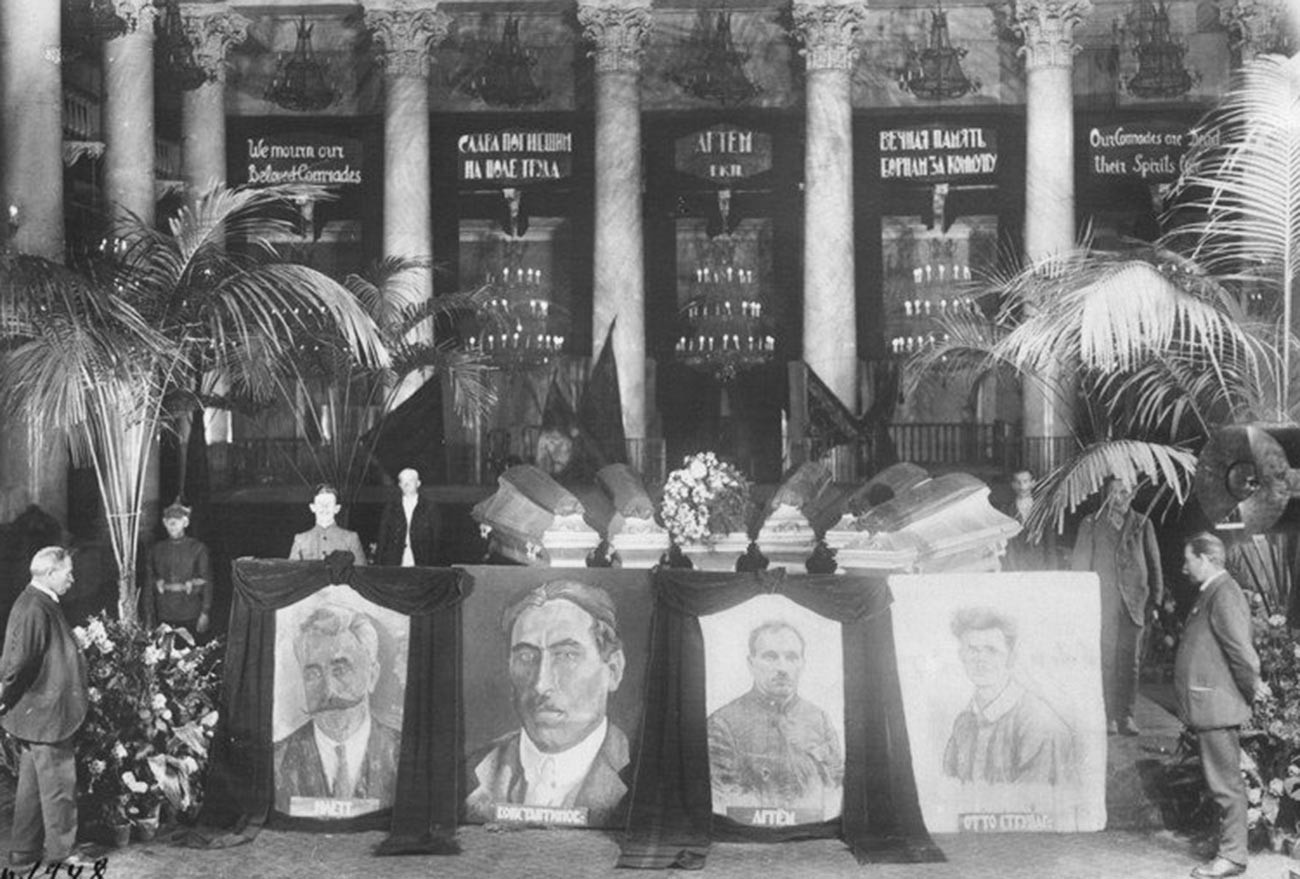 Farewell to the victims of the disaster

Having visited the local theater for the ceremonial session of the local Council, the delegation was in a hurry to get back: the train was now going 80-85 km/h. At 6:35 PM, around 111 kilometers outside Moscow, near Serpukhov, the aerowagon was derailed at full speed and “blown to smithereens”. Two days later, the ‘Pravda’ newspaper published the story with the headline: “Catastrophe on the Kursk road”. The text went as follows: “Of the 22 people onboard, six were killed: Otto Strunat (Germany), Gelbrich (Germany), Hsoolet (England), Konstantinov Iv. (Bulgaria), Chairman of the Central Committee of the Council of Miners, Comrade Artem (Sergeev) and Comrade Abakovsky.”

Later, the official reason for the tragedy would be chalked up to the quality of Russian railroads: the aerowagon supposedly encountered a bump and was derailed as a result. The investigation was wrapped up… together with further research and development of the aerowagon.

However, Comrade Artem’s son, Artem Fedorovich Sergeev, one of the founders of the USSR’s anti-aircraft missile forces, had a different theory, which had been maturing over the years (he was only four at the time of the incident; three days after the tragedy, he was taken in by Joseph Stalin himself). He would later recall:

“As Stalin would say, if an accident brings about political consequences, it deserves closer inspection. It transpired that a heap of rocks was laid in the path of the aerowagon. Furthermore, there were two panels. One was headed by Enukidze [Avel Enukidze, secretary of the Central Electoral Committee and godfather to Stalin’s wife], who saw the culprit in the faulty construction of the wagon itself. But Dzerzhinsky [Felix, the father of Soviet security services] told my mother that this required further investigation: rocks don’t just fall out of the sky. 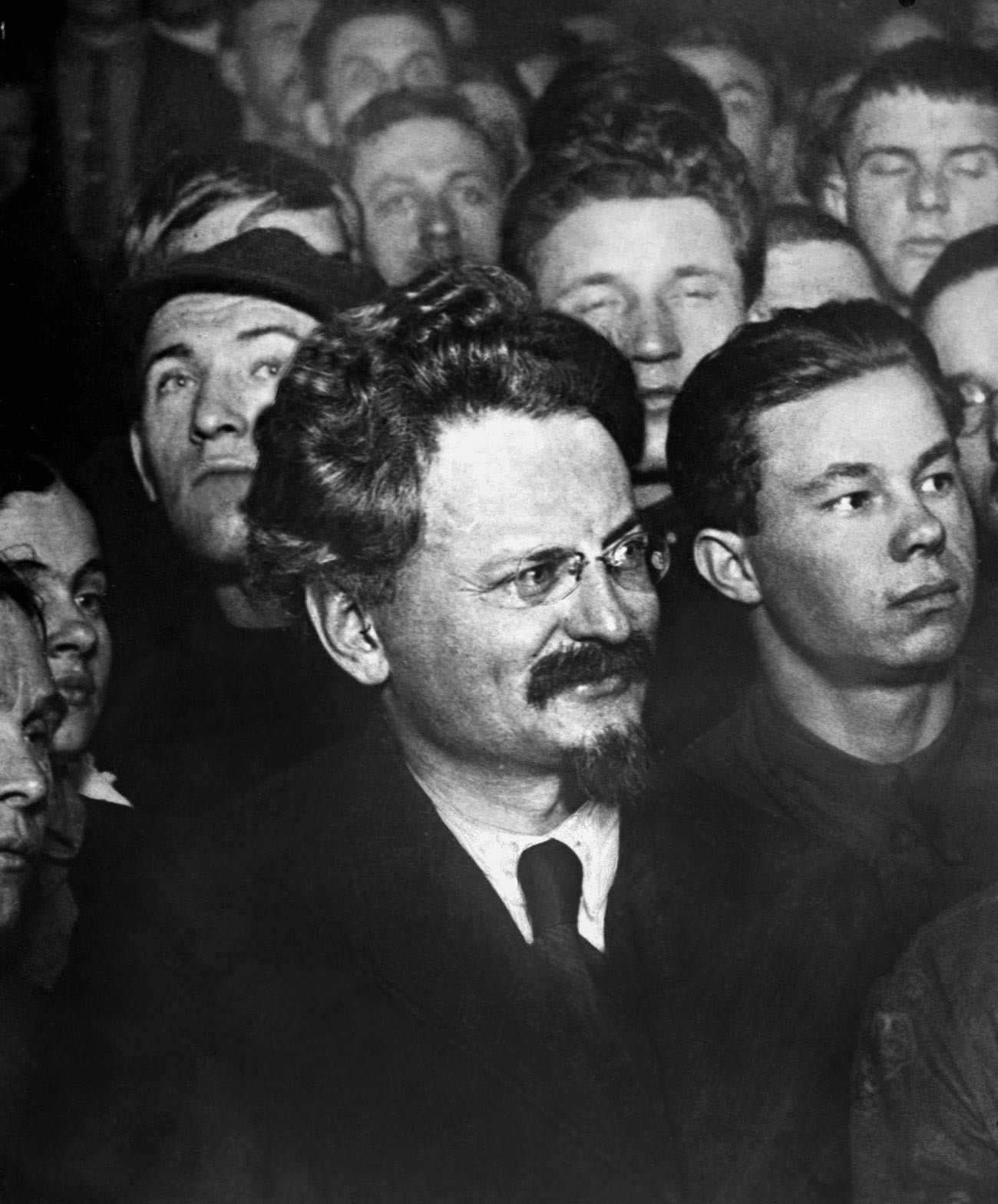 “In order to counter Trotsky’s influence, on Lenin’s orders, Artem created the International Union of Miners. The ruling committee was set up several days prior to the tragedy. And, at the time, Trotsky wielded massive power: the majority of the army was on his side, as well as the minor bourgeoisie…”

Lev Trotsky, one of the leaders of the Revolution, had the biggest chance of rising to power after Lenin’s death. In 1940, already exiled, he was assassinated in Mexico, on Stalin’s orders. It is Sergeev’s opinion that Trotsky was the man behind the plan that resulted in his father’s death.

After the failure, nobody dared touch the aerowagon project again until 1970, when a new version was built with two AI-25 jet engines installed on the roof. The wagon quickly reached 250 km/h, with the tests aiding in the development of next-generation trains.

However, it remained idle after the tests, sitting at a station and gradually falling into disrepair. In 2008, the nose, together with the jet engines, was removed, painted and repurposed as a 110th anniversary monument to the Tver Carriage-Building Factory.