How a French general betrayed the Supreme Ruler of Russia 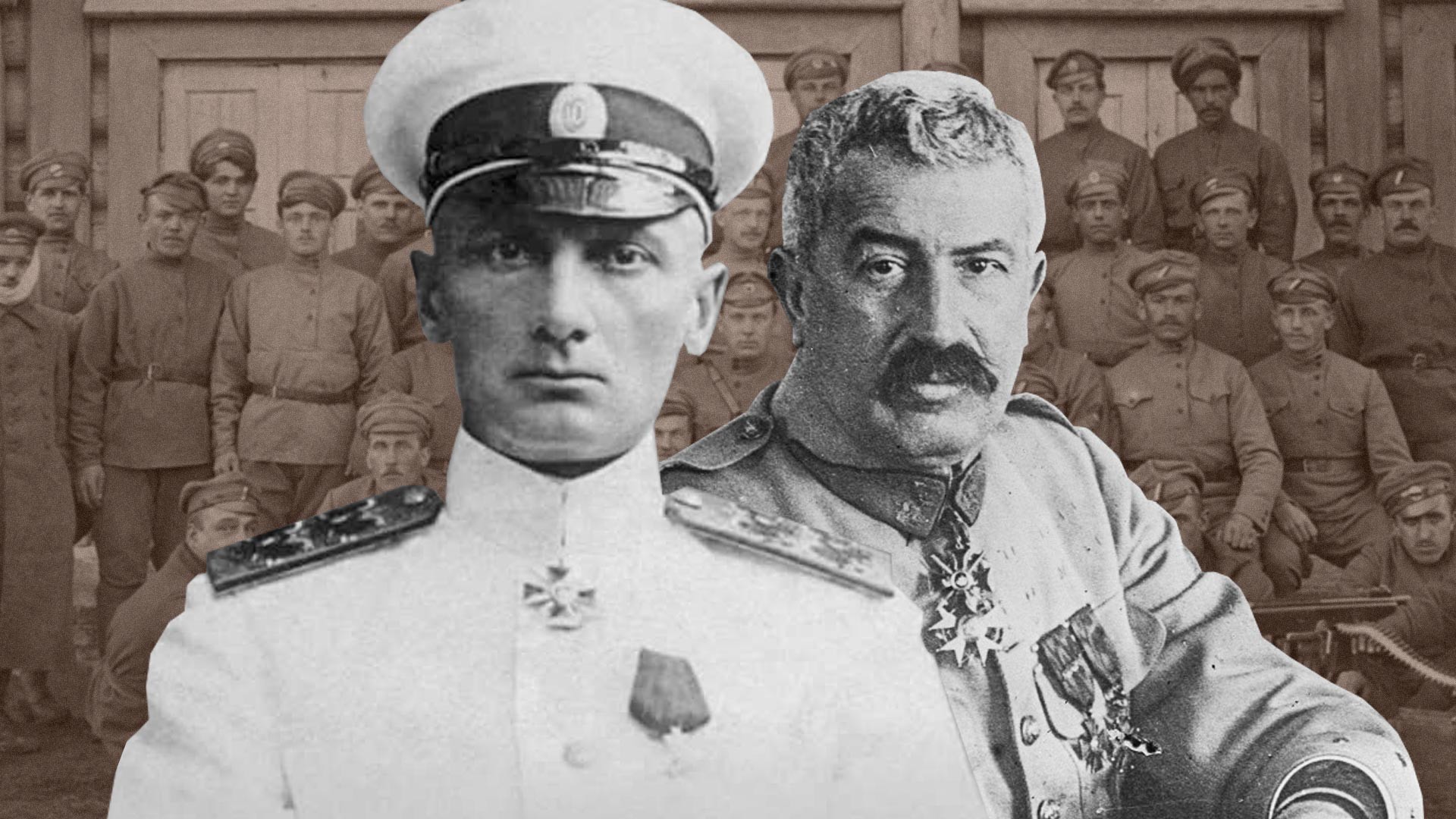 Russia Beyond (Photo: Public Domain, František Sládek)
Legendary Russian Admiral Alexander Kolchak did not allow Allied interventionists to take Russia’s gold reserves out of the country. He was, in the end, betrayed by French General Maurice Janin and executed by the Bolsheviks.

“Full moon, a light, frosty night... I offer to blindfold him, but Kolchak refuses. The firing squad are in position with their rifles at the ready... I give the order: Platoon, open fire at the enemies of the revolution!” That was how Ivan Bursak, who commanded the firing squad, recalled the execution of one of the main enemies of the Soviet regime, the Supreme Ruler of Russia, Admiral Alexander Vasilyevich Kolchak. 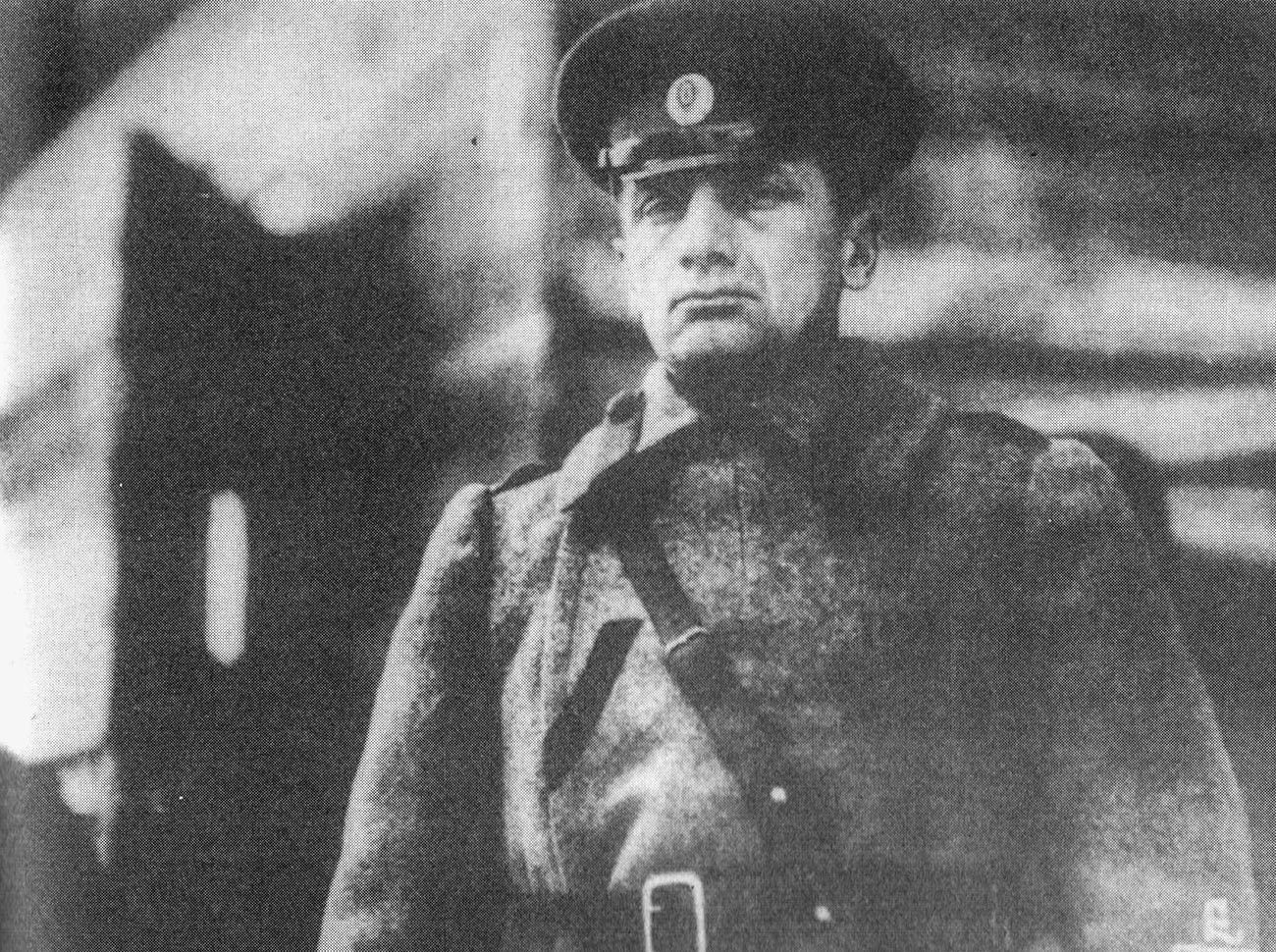 The leader of the anti-Bolshevik White movement could have easily avoided this bitter fate had it not been for the French general Maurice Janin.

An oceanographer, a polar explorer and a naval commander, all his life Alexander Kolchak was far removed from the world of politics, until - after the Bolshevik revolution of 1917 - he found himself at the helm of the White movement in Siberia. On November 18, 1918, the admiral assumed the post of the Supreme Ruler of Russia and soon his authority was recognized by White generals in the south, north and northwest of the country.

The Entente powers, however, were in no hurry to recognize the admiral’s high status, although they did provide him, like other anti-Soviet forces, with military assistance. The allies’ representative at the so-called Russian government of Kolchak was Maurice Janin. 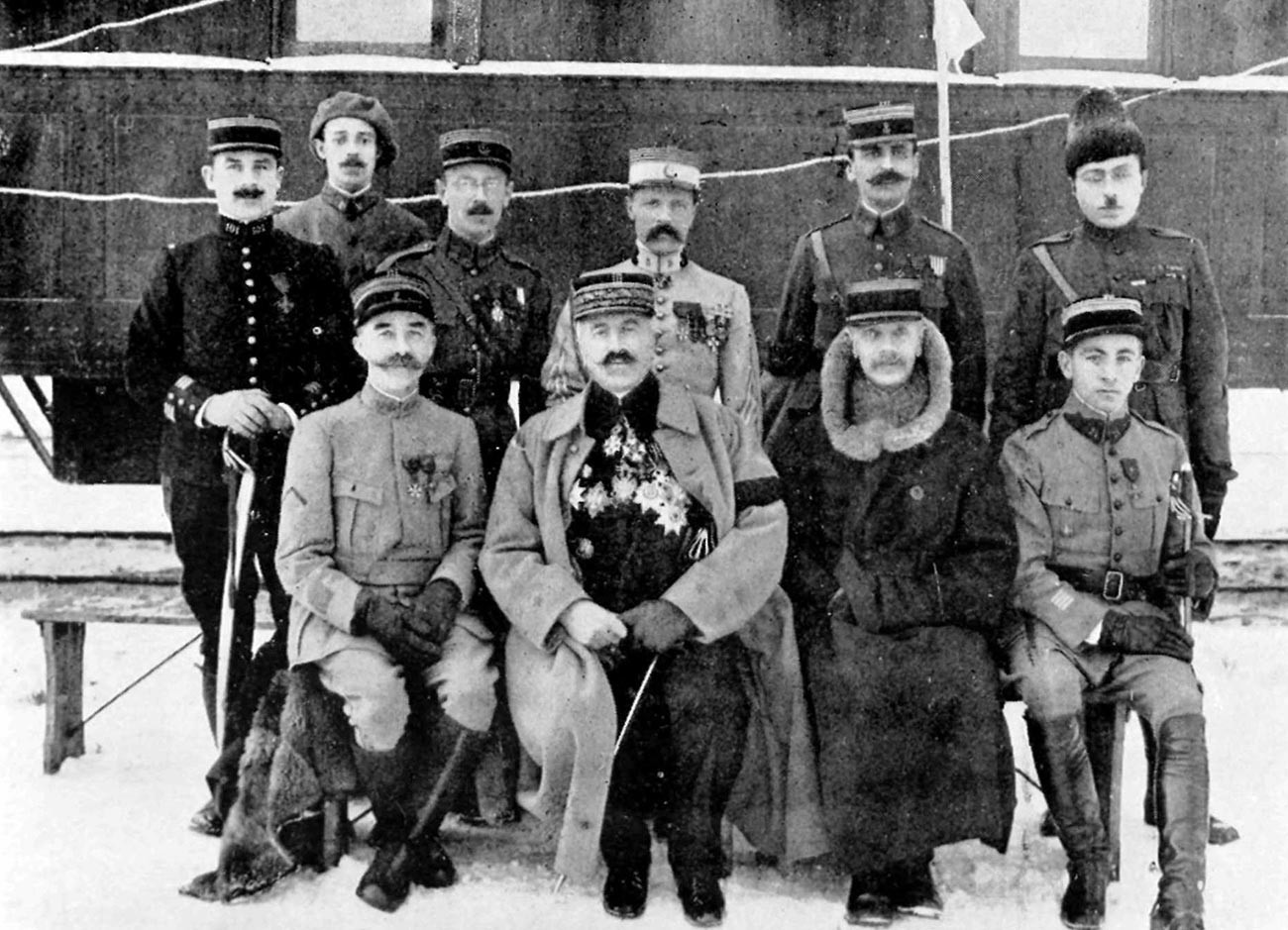 From the beginning, the Supreme Ruler and the French general did not get along. Kolchak was opposed to Janin becoming the commander of all anti-Bolshevik forces in eastern Russia, both the White armies and the troops of the interventionists. The admiral openly ignored the fact that this appointment had been approved by the leaders of the Entente.

The French general, nevertheless, assumed command over all foreign troops in Siberia, including their main striking force - the Czechoslovak Legion. Formed by the tsarist government during World War I from Czech and Slovak prisoners, its goal was to fight against Germany and Austria-Hungary. After the Russian monarchy collapsed, the legion came under the command of the French General Staff, who planned to withdraw it from the country and send it to fight on the Western Front. However, with the start of the Russian Civil War, it was decided to keep tens of thousands of legionnaires in Siberia and the Far East, where they became an effective weapon in the fight against the Soviets. And the Czechoslovak Legion had a fateful role to play in Kolchak’s life. 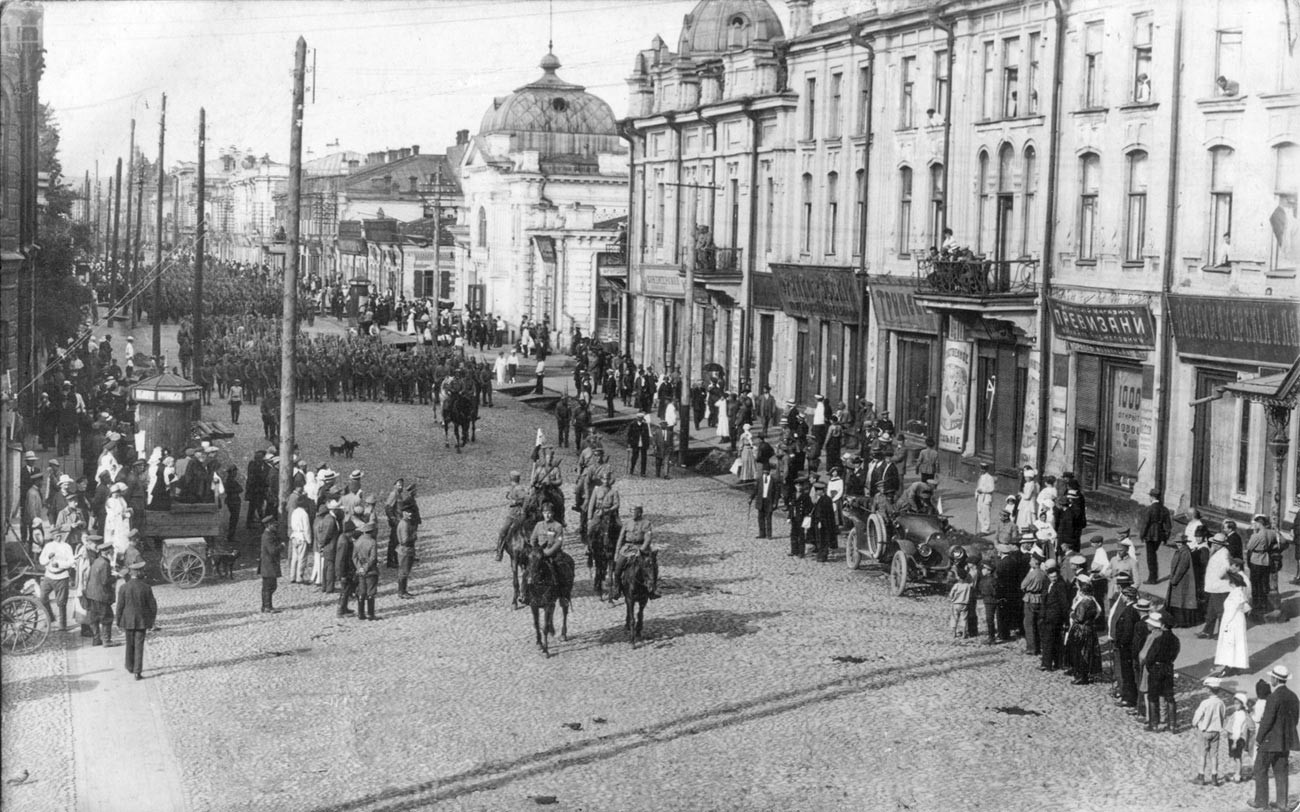 “The admiral is possessed by megalomania and the naive slyness of the insane,” Janin wrote about Kolchak in his diary. “Thank God the Allies had the foresight not to recognize the Siberian government as the government of Russia,” he noted.

For his part, General Konstantin Sakharov from the Supreme Ruler’s staff described the French commander as follows: “Janin was insincere and weak of character. He gave vague instructions and was engaged in double-dealing from the start. Outwardly, he behaved very obsequiously towards Kolchak, assuring him of his support and devotion, of sympathy for the Russian army, of showing goodwill and leniency. But behind his back he approved of all the dark deeds of the Czechs and - not without reason - we even thought that sometimes he incited them against us.” 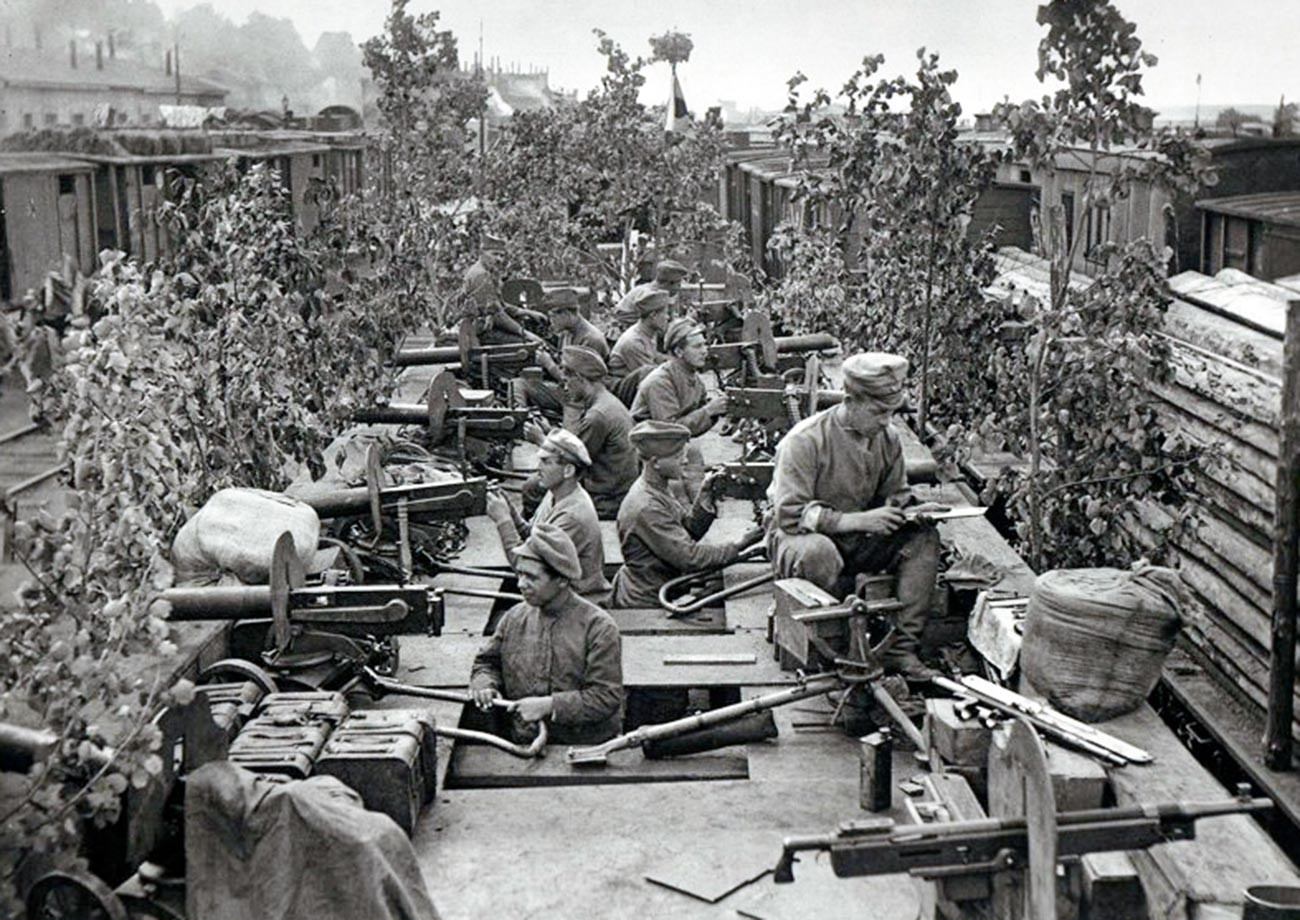 The Czechoslovak's armoured train near Ufa, 1918.

By the end of 1919, the White movement in the east of the country was on the verge of collapse. Having defeated Kolchak’s forces, the Red Army was rapidly advancing deep into Siberia and, on November 15, it even managed to seize the capital of White Russia - the city of Omsk.

What followed was the arduous Great Siberian Ice March, during which the Whites had to cover a distance of several thousand kilometers to the east, experiencing constant pressure from Red Army troops and local partisans, as well as the full severity of Siberian winter.

The critical situation was aggravated by the behavior of the Czechoslovak units. The legionnaires controlled the Trans-Siberian Railway and, first of all, let through their echelons with “trophies of war” (in fact, loot), by force detaining trains with refugees and sometimes openly requisitioning steam locomotives, fuel and property from them. Kolchak’s angry messages to Janin and the Czechoslovaks’ commander Jan Syrový did not do much help to rectify the situation. 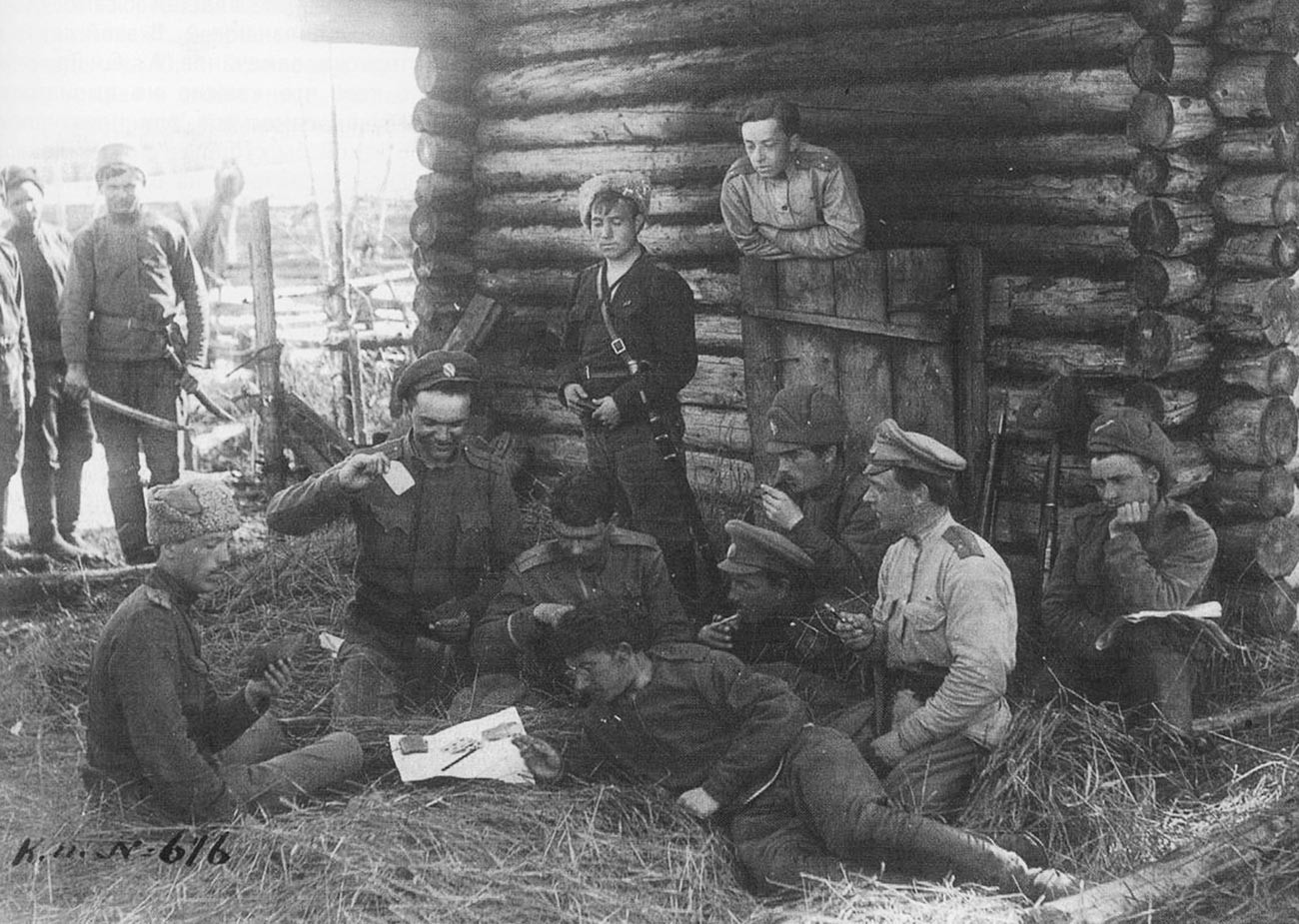 Soldiers of the White Army.

The Supreme Ruler soon realized that all the strings were in the hands of Janin and his legionnaires. Having separated from the main army, several of the admiral’s trains carrying himself, his retinue, a convoy and a gold reserve, were heading to the new capital, Irkutsk. However, on December 27, they were stopped by the Czechoslovakians at the Nizhneudinsk station, 500 km from the city, “until further orders”.

It soon transpired that an uprising against the power of the Supreme Ruler had broken out in Irkutsk, organized by the so-called Political Center comprising representatives of the Socialist-Revolutionary and Menshevik parties. Since the rebels did not consider the interventionists as opponents, Janin suggested to Kolchak handing over the echelon with gold under the protection of the Allies for transportation to Vladivostok. Kolchak replied: “I do not trust you. I would sooner leave the gold to the Bolsheviks than hand it over to the Allies.” It was these words as well as his promise that he would not allow the Czechoslovaks to take material assets out of the country that largely determined Alexander Vasilyevich’s tragic fate. 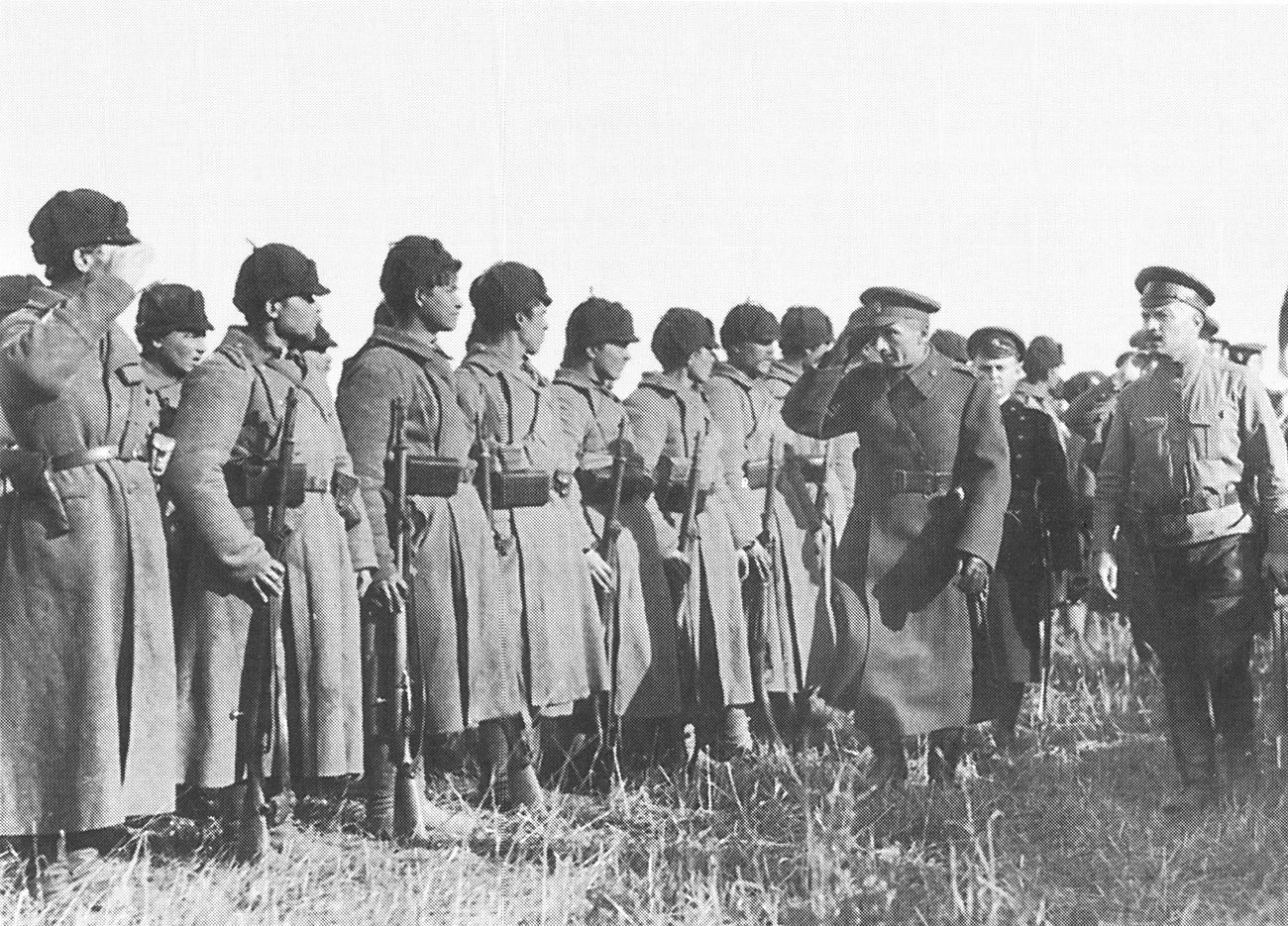 For two weeks, the admiral, blocked by the Czechoslovak troops, had to helplessly languish in Nizhneudinsk, losing precious time. His 500-strong convoy could have suppressed the uprising at an early stage, had the Allies given them the opportunity. However, Janin was biding his time, having entered into negotiations with the rebels.

In the end, the Political Center took Irkutsk under its control, while the convoy accompanying Kolchak fled. Only a handful of people remained with the Supreme Ruler, the most senior among them was the chairman of the Council of Ministers, Viktor Pepelyayev.

Ministers in his government who kept in touch with Alexander Vasilyevich were trying to persuade him to renounce his title in favor of the commander of the White forces in the south of the country, Anton Denikin. Kolchak was ready to agree to that, but not before he passed through Irkutsk, left Baikal behind and reached Verkhneudinsk (Ulan-Ude). 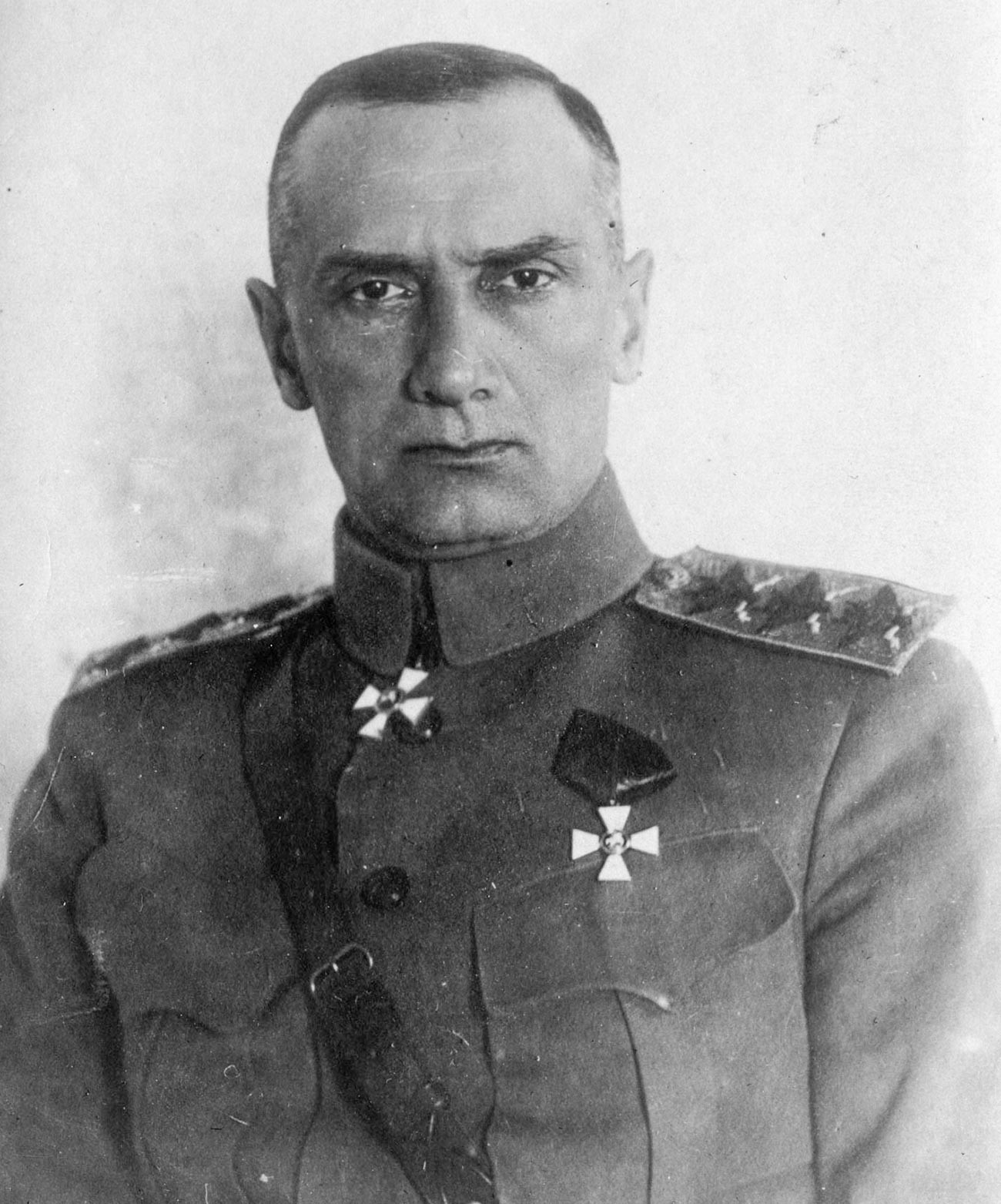 Janin received orders from his superior to take the admiral wherever he wanted and, on January 10, he finally provided Kolchak with a railway carriage decorated with English, French, American, Japanese and Czechoslovak flags. They symbolized that Kolchak, when passing through Irkutsk, would be under the protection of these states. Nevertheless, when getting on the train, depressed Alexander Vasilyevich declared: “These allies will sell me...”

Members of the Political Center demanded that Janin surrender Kolchak and Pepelyaev, as well as the gold reserve to them. If he refused, the new government threatened not to let the Czechoslovak echelons go to the east, which could be a disaster for the legion, since every day the Red Army was getting closer and closer. The legionnaires, however, had no intention of abandoning all the trophies they had accumulated.

In the end, Maurice Janin decided to surrender the Supreme Ruler, who had become useless for the Entente, easily forgetting about the security guarantees granted to him. Alexander Kolchak was arrested on January 15 at the Irkutsk railway station. “Psychologically, we cannot accept responsibility for the safety of the admiral's journey... After I suggested that he transfer the gold reserve under my personal responsibility and he refused to trust me, I can no longer do anything,” the French general said. 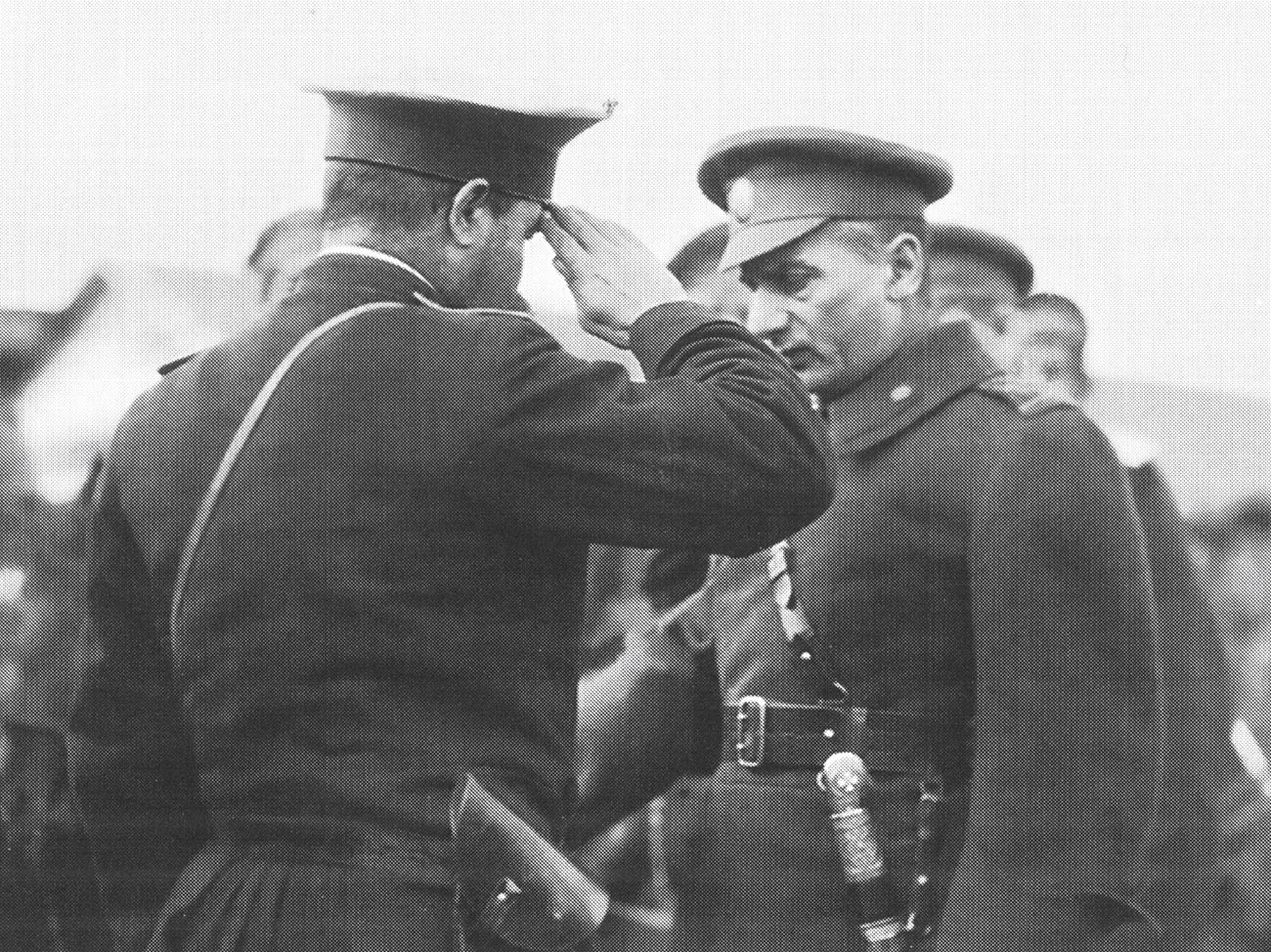 Janin and other representatives of the Allies quietly left the city, while the Czechoslovaks, who had managed to get hold of part of the gold reserve, were given the green light to set off in the direction of the Pacific ports.

Soon, the Red Army approached Irkutsk and, on January 25, 1920, power in the city passed to the Bolsheviks without any blood spilt. In early February, White Guard units under the command of General Sergei Voitsekhovsky attempted to free the admiral by force.

Under these circumstances, the Soviet leadership did not want to risk it and Alexander Kolchak, together with Viktor Pepelyayev, were hastily shot on February 7 near the mouth of the Ushakovka River, after which their bodies were thrown into an ice-hole. Upon learning of their death, Voitsekhovsky retreated from Irkutsk. 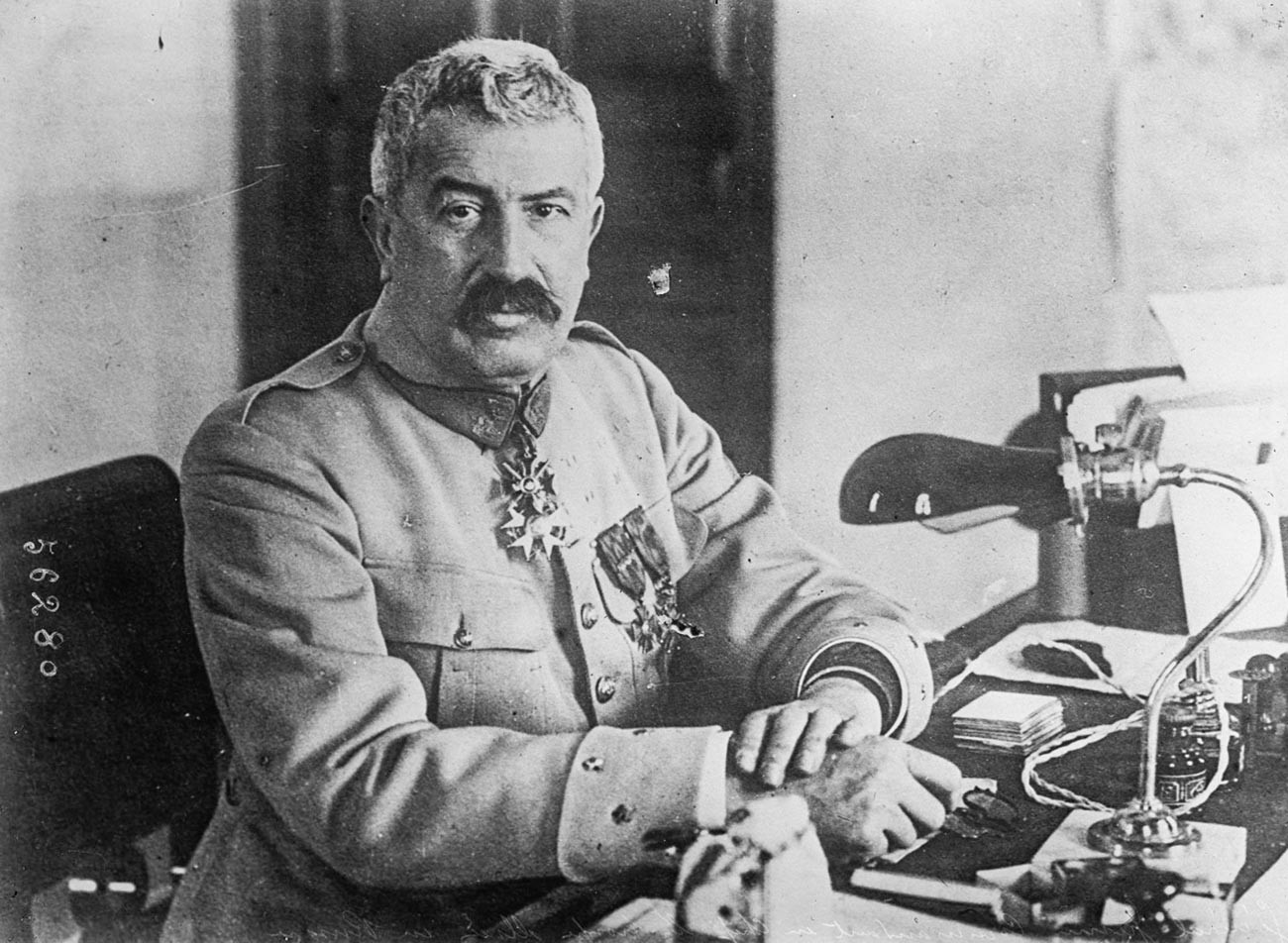 “The treacherous behavior of General Janin and other representatives of the Allied powers in committing this shameful act provoked the deepest indignation and powerless anger,” Food Minister in the Kolchak government Ivan Serebrennikov said, commenting on those events.

Lev Krol, another leader of the White movement, noted: “To surrender a person in those circumstances was an act of utmost disgrace, which was met with contempt even by those to whom the admiral was surrendered.”

Although there was some criticism of the general’s actions in the Western press, the leadership of the Entente assessed them as quite adequate given the circumstances. Janin himself dismissed the accusations that the Allies had betrayed Siberia, that the Czechs had destroyed the army and that he personally had surrendered the admiral to the Bolsheviks as “fairy tales” by those who “never wanted to imagine the real state of affairs in its true light”.

Among representatives of the White movement and Russian emigres, Maurice Janin became widely known as a “general without honor”. Legend has it that at one of the stations on the way to Vladivostok, a Russian officer approached him and, throwing several coins at his feet, said: “Here are your thirty pieces of silver.”