How Russians were PUNISHED for cursing their tsars 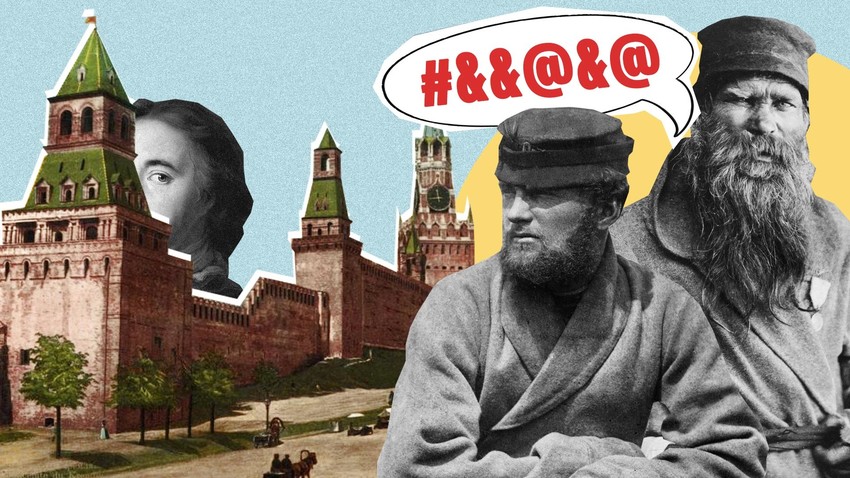 Kira Lisitskaya (Photo: Corbis/Getty Images; Jean-Marc Nattier; Peter Pavlov/MAMM/MDF/russiainphoto.ru)
Russians didn’t always support their tsars and emperors. The archives of the Russian state have preserved many curses and profanities the Russian people laid on their sovereigns – and the punishments they suffered for them.

Russians didn’t always support their tsars and emperors. The archives of the investigative organs of the Russian state have preserved many curses and profanities the Russian people laid on their sovereigns.

In 1737 Ivan Pavlov, a clerk in the Russian army, turned himself in to Russian State Security, calling Peter I a "blasphemer" and "God-defying." Under interrogation, Pavlov said he was firm in his position and ready to face death penalty. His request was respected by the decision of the Cabinet of Ministers.

Heads off to the tsar 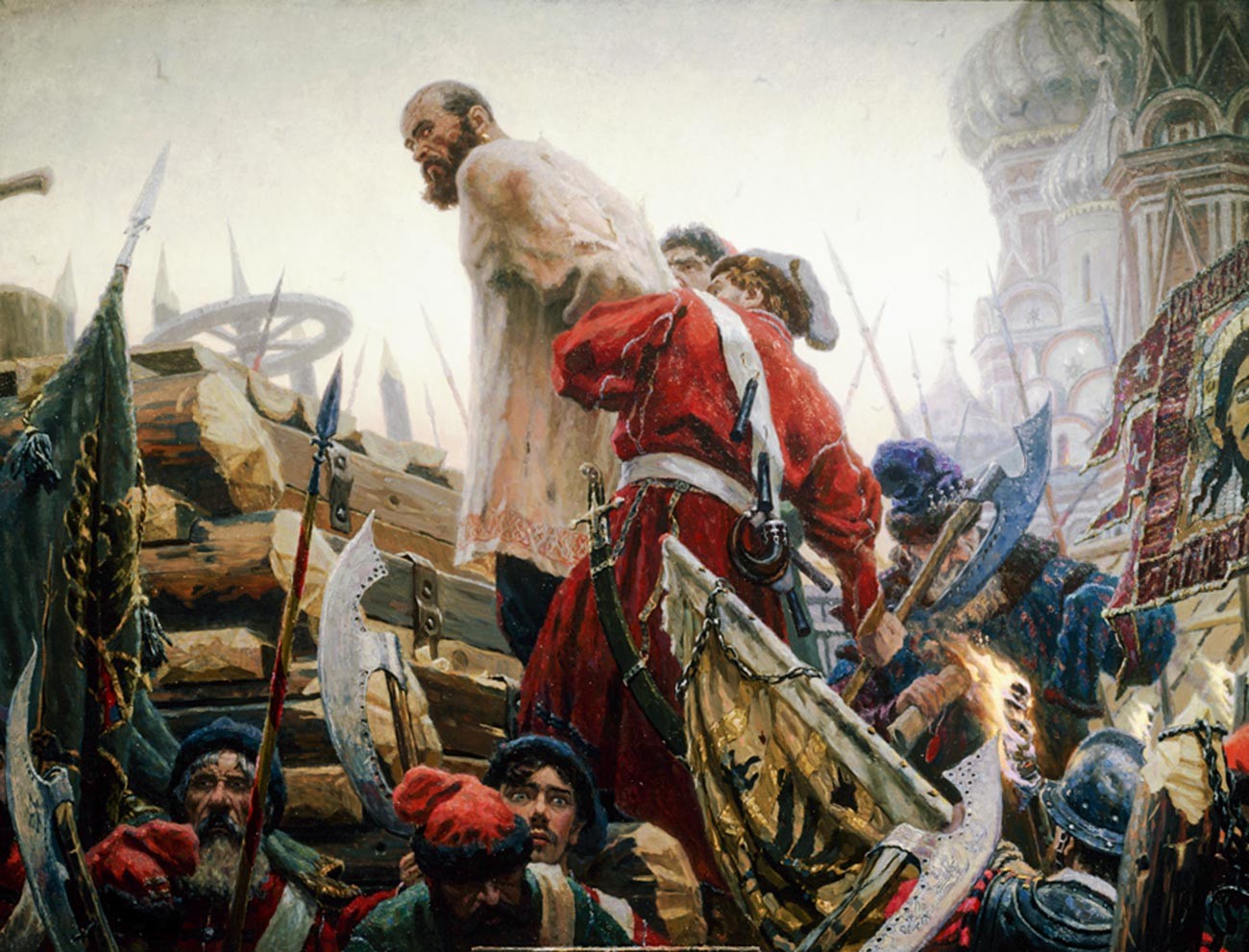 In 1737, Peter the Great was already dead, but scolding him meant disrespect for the tsars in general, so Pavlov was executed according to the law. Publicly scolding or cursing the Russian prince sovereign had been punished with death by beheading officially since at least the 13th-14th centuries, even before the Russian state was born.

In 1649, under Alexey Mikhailovich (1629-1676), the Council of the Land (Sobornoye Ulozhenie) code of laws introduced more instances in which the tsar’s power could be considered scolded. Then, it was possible to be put on trial not only for directly cursing the tsar, but also for slander, for example, for submitting false petitions to the sovereign. It was during Alexey Mikhailovich’s reign when the Privy Prikaz, the first secret police institution, was introduced.

Among others, the Privy Prikaz investigated cases of menace to the tsar’s life or scolding of the tsar’s name. Here are some of the examples. “The tsar is young and foolish, and he only follows his boyars’ advice,” a muzhik named Savva Korelin said; he was promptly thrown into jail. Another man named Dmitry Shmaraev thanked his friend for lending him some oats by saying: “You’re better than the tsar!” – his friend reported him, and Dmitry had to flee his hometown.

Even comparing oneself to the tsar could lead to jail time, while scolding him directly could end in having your tongue cut off and your entire family exiled to Siberia, as happened with a peasant named Ilya Porshnev from Nizhny Novgorod region.

Antichrist Emperor and his peasant wife 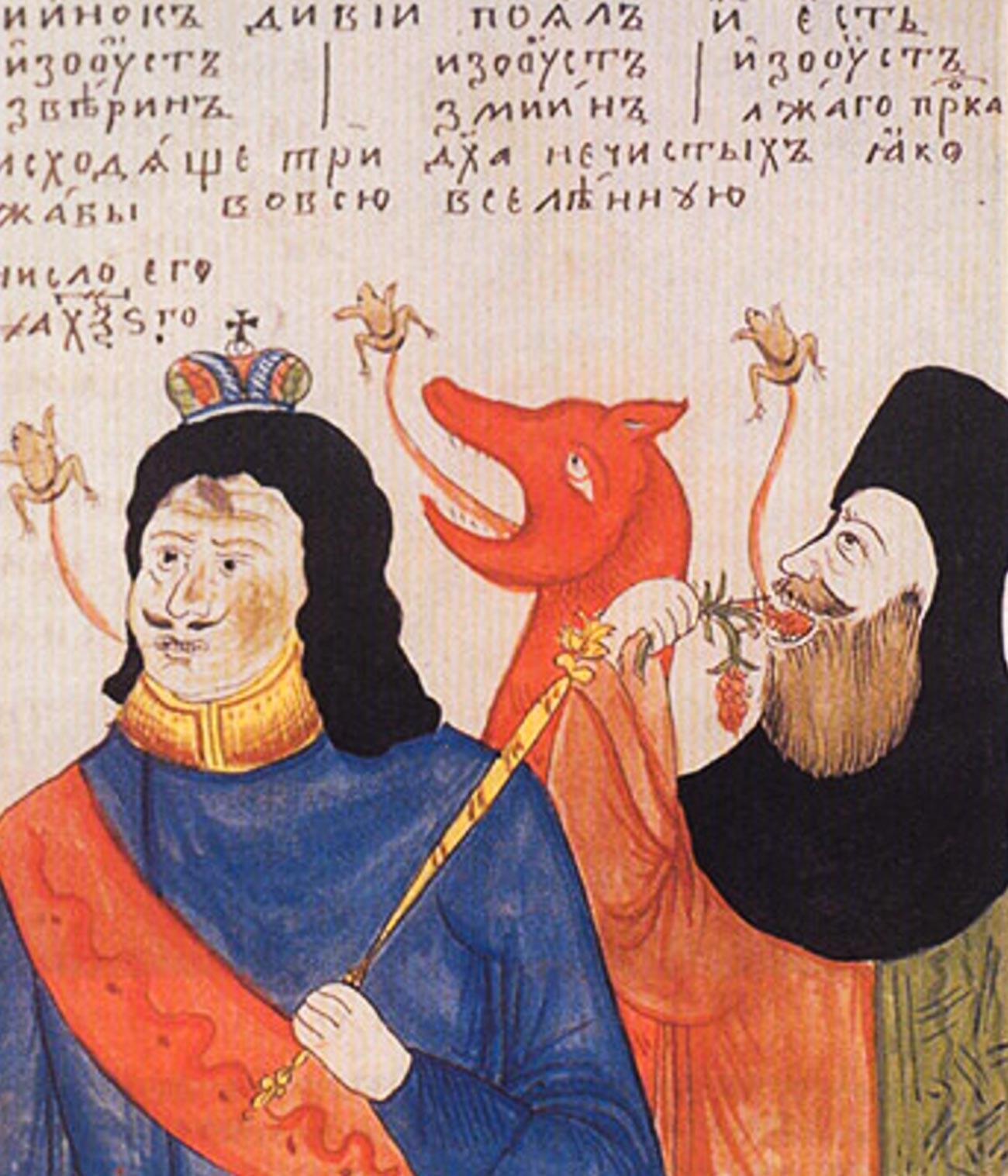 An Old Believers' caricature depicting Tsar Peter as an Antichrist

Peter the Great, Alexey Mikhailovich’s son, was scolded by Russian people for the new order that he was instilling in Russia – many superstitiously believed, that after the “devil’s year” of 1666 (Peter was born in 1672), the Antichrist would come. And Peter, who was the first tsar not to wear a beard, and to sport European clothes and vices like smoking and drinking, was seen by many as the Antichrist himself. Some Old Believers during Peter’s time and beyond even preferred to burn themselves alive than to live under the Antichrist’s rule. But punishments were served for lesser offenses than directly scolding the tsar. In 1720, Andrey Savelyev, a chorister, received 50 lashes for pointing at Peter’s portrait with his cane in rage.

Peter’s wife, Catherine I, the first Empress on the Russian throne, was scolded also – patriarchal Russians of the early 18th century couldn’t get used to a woman being the sovereign. The documents of the Privy Chancellery (an institution that replaced the Privy Prikaz) show that penalties were carried out against people who dared mention the vernacular origins of Catherine I (she indeed was descended from peasants). One man named Kalina Rybkin was punished by having his tongue cut out and exiled to Siberia for calling Catherine a four-letter word while telling a joke. 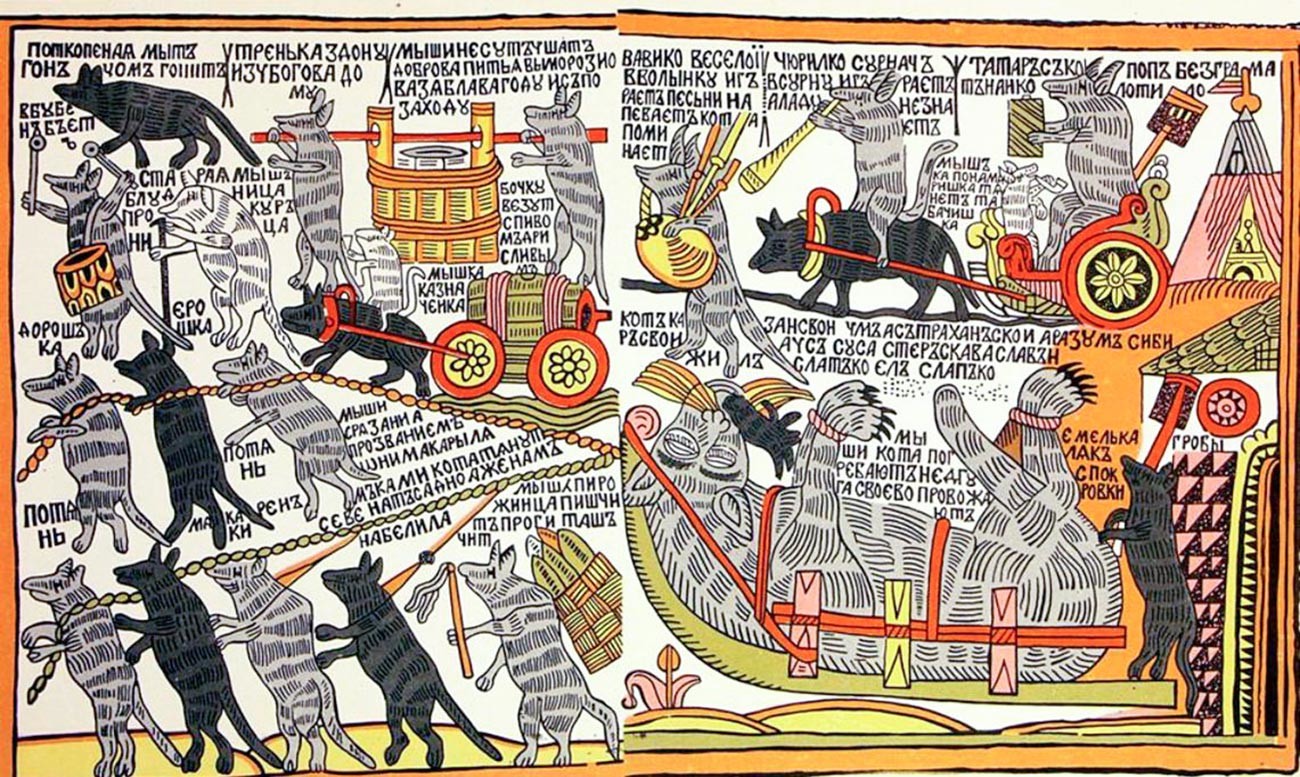 "How mice buried the cat," an 18th-century folk comic parodying the funeral procession of Peter the Great.

Even expressing compassion for the Empress could have dire consequences: in 1739 Avdotya L’vova from Shlisselburg in Russia was turned in for singing a song about the troubled youth of the ruling Empress Anna of Russia. The song lamented Anna who had to marry a foreign prince following her uncle Peter the Great’s order. For singing the song, Avdotya L’vova was tortured on a rack.

Under Elizabeth of Russia, dozens of people were sent to hard labor for discussing the private lives of the Empress and her favorites. In 1742, a captain of Preobrazhensky regiment, Grigoriy Timiryazev, in a private talk with his subordinate said Elizabeth had five lovers, and that he knew some of her children, and that a lot of promotions in court were made “thanks to love, and love only.” The soldier who heard all this reported Grigoriy to the secret police, and the captain was dismissed from service and sent to a jail in Siberia.

Mentioning the private life or even discussing the gender of the sovereign was still lethal under Catherine II – a harsh penalty could follow for even mentioning that the Empress was “baba” (Russian vernacular for “a woman”), or that “It’s the devil’s order to bow heads before a woman,” and so on.

‘Spat on him as well’ 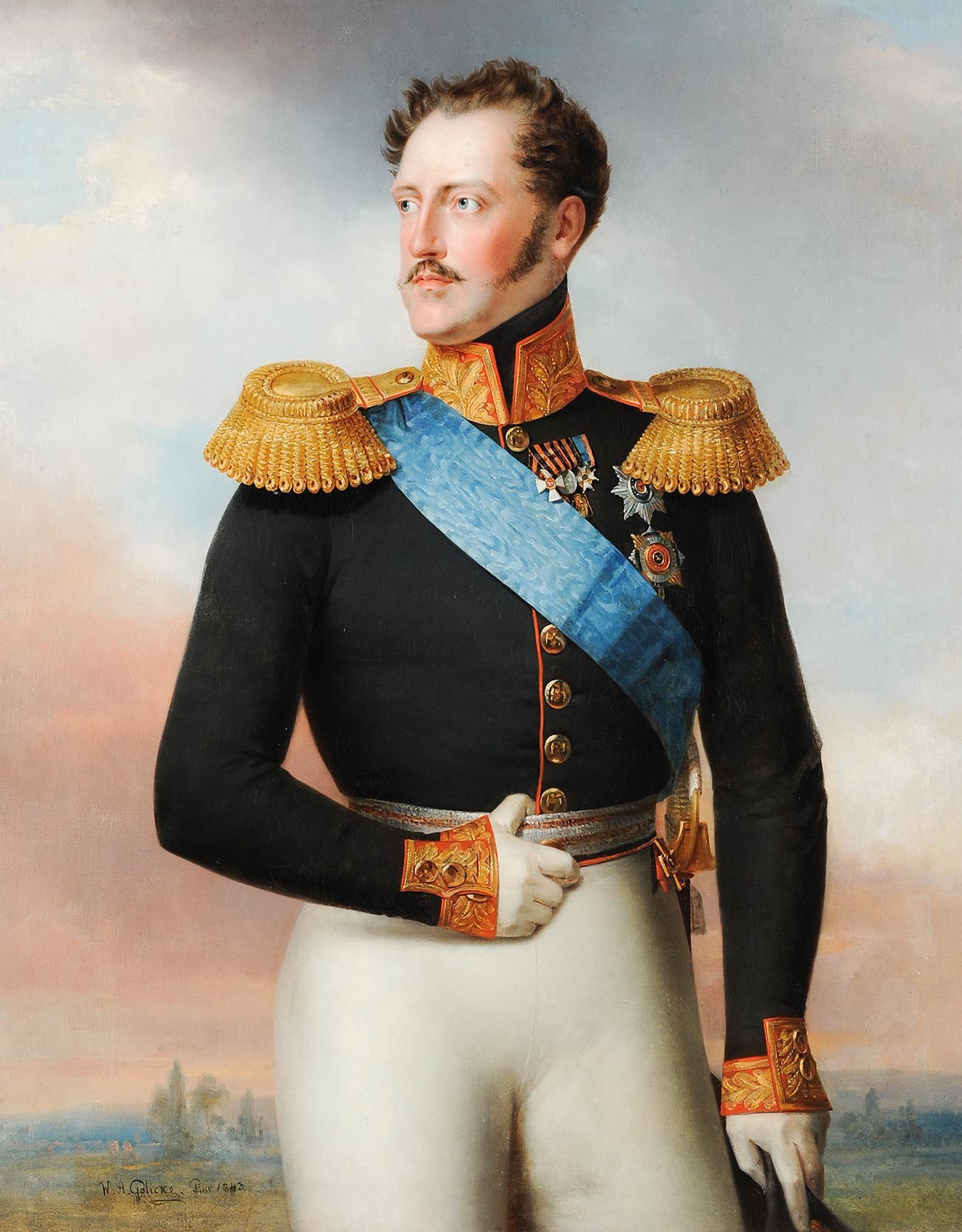 Not all Russian sovereigns, however, were so vindictive and so protective of their name. In 1845, the first Criminal Code was introduced in Russia. It stated that any offensive behavior towards the Emperor, members of the Imperial family, or even their portraits, was a criminal offense. The sentence could be commuted if the crime was committed in a drunken state – because naturally, most of the curses towards the Emperor were heard in bars and canteens from sloshed customers.

Emperor Nicholas I even treated such cases with humor. Once, a soldier named Agafon Suleikin got stinking drunk in a tavern, and even spat at the Emperor’s portrait hanging on the wall. The case was reported, and became known to Nicholas I himself.

Instead of sending the poor soldier to Siberia, Nicholas I ordered: “Announce to Agafon Suleikin in front of his whole regiment that I spat at him as well. And since this unfortunate drunk did not know what he was doing, I declare the case closed. Also, hanging royal portraits in taverns is banned from now on.” 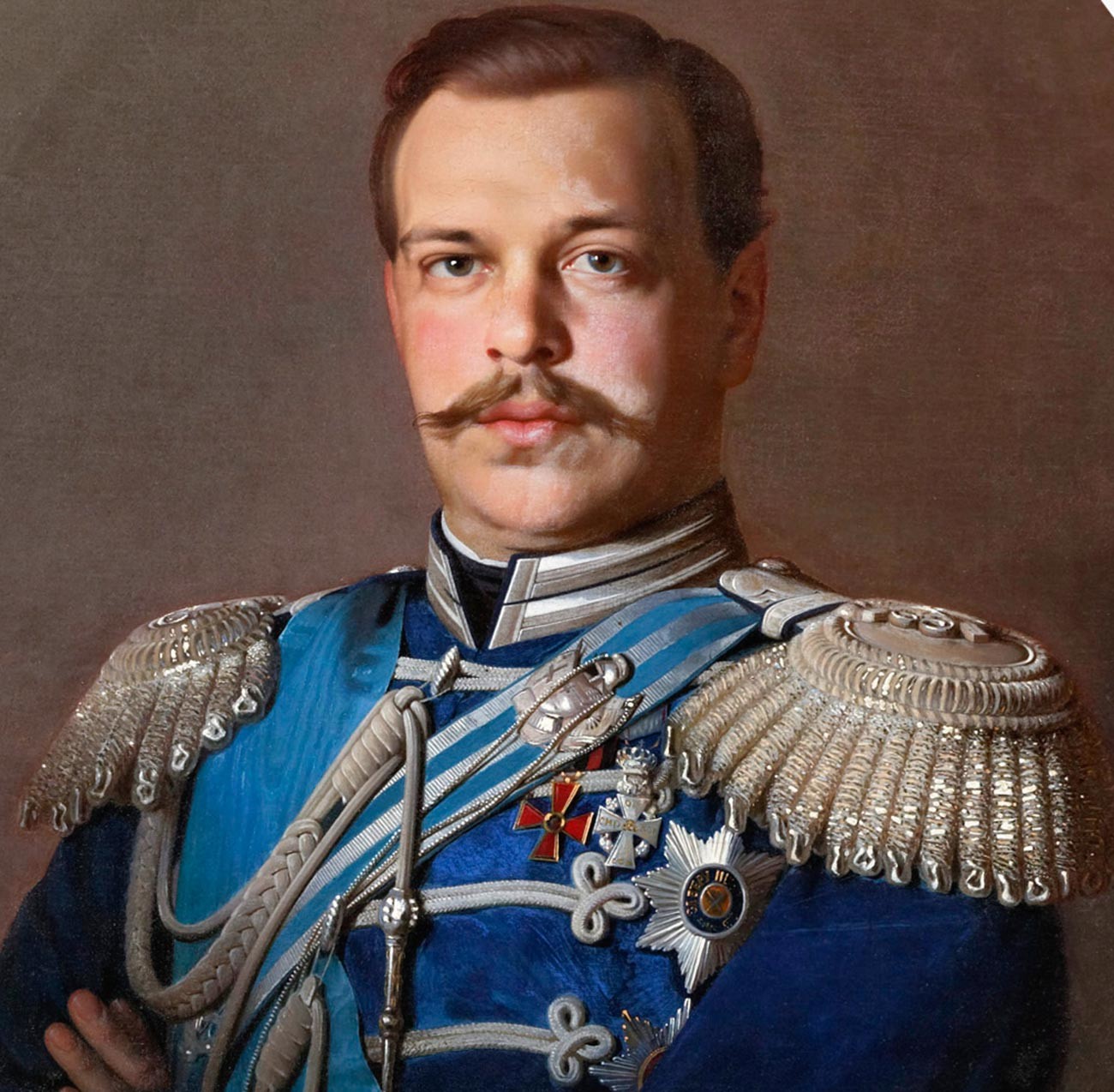 However, some members of the royal family could still use their ‘immunity’ to scorn their own subjects. Prince Pyotr Kropotkin remembered in his memoirs how young Alexander III, then a Grand Duke during the reign of his father Alexander II, cursed and swore at a young officer who was in charge of weapon supply in the Imperial army. The officer, a born Swede in the Russian service, was deeply insulted. He knew that he couldn’t curse the Grand Duke Alexander in return, as it was a criminal offense. “He immediately left and sent a letter to the Grand Duke, in which he demanded that Alexander apologize. The officer added that if there was no apology in twenty-four hours, he would shoot himself.”

Unfortunately, Alexander didn’t apologize, and the officer indeed committed suicide. When Alexander II, the Emperor, learned about this, he was furious, Kropotkin wrote. “Alexander II ordered his son to follow the officer's coffin all the way to the grave; but even this terrible lesson did not cure the young man of the Romanov's usual arrogance and hot temper.”