6 anecdotes about the personalities of Russian Emperors 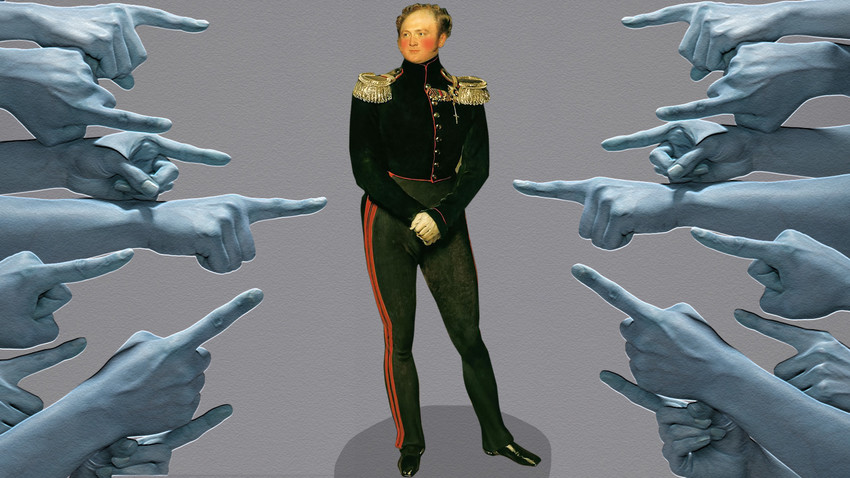 Peter the Great and punctuality 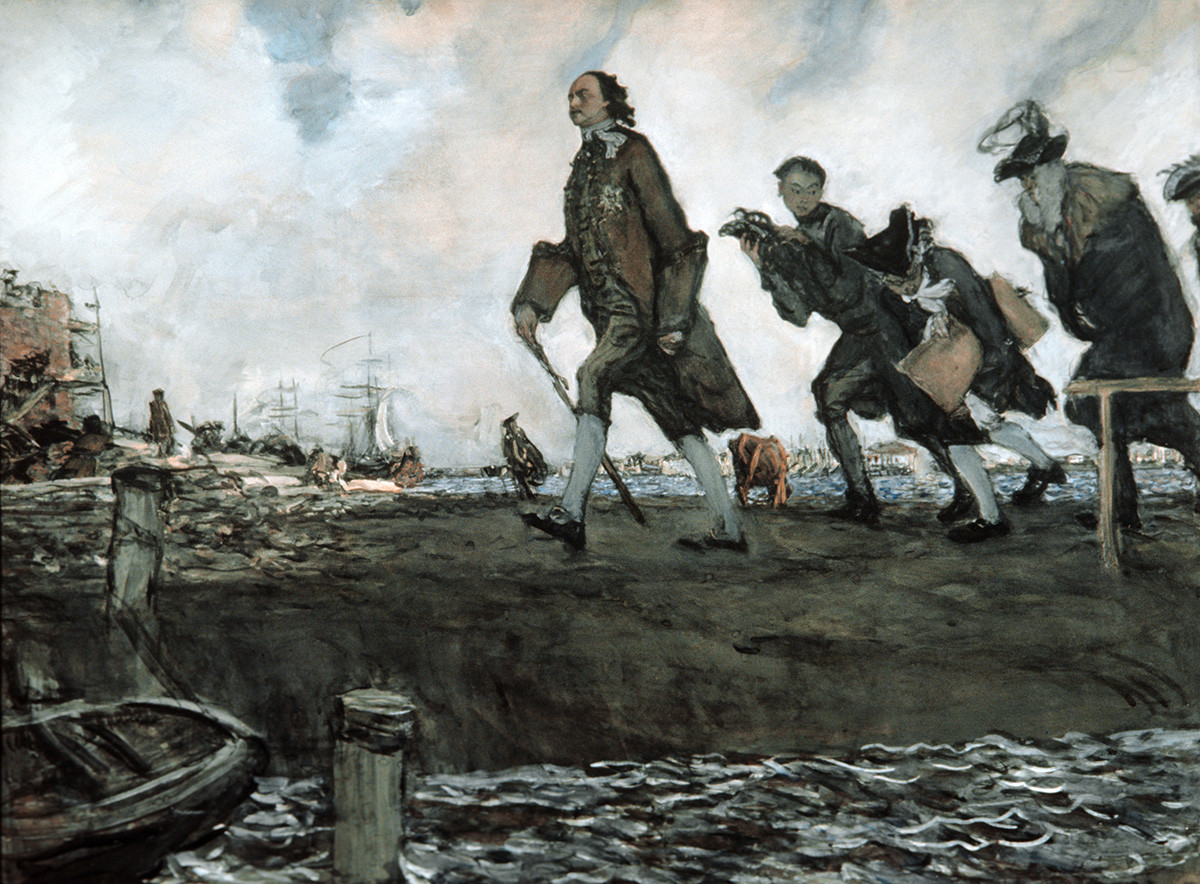 Peter the Great did everything fast – he walked fast, thought fast, and was usually up very early. When a new Prussian envoy was sent to St. Petersburg, Peter invited him to his court at 4am for an audience. But the ambassador arrived an hour late, at 5, when the Emperor had already left to supervise the shipworks at the Admiralty. The envoy was forced to go there as well, as he had very urgent errands.

When the envoy arrived at the Admiralty, Peter was at the top of the mast of a ship under construction. "If he didn't manage to find me at the appointed hour in the audience hall, let him take care to come up here," Peter said. In order to present his credentials, the envoy had no choice but to climb the rope ladder and report to Peter sitting on a shaking mast. 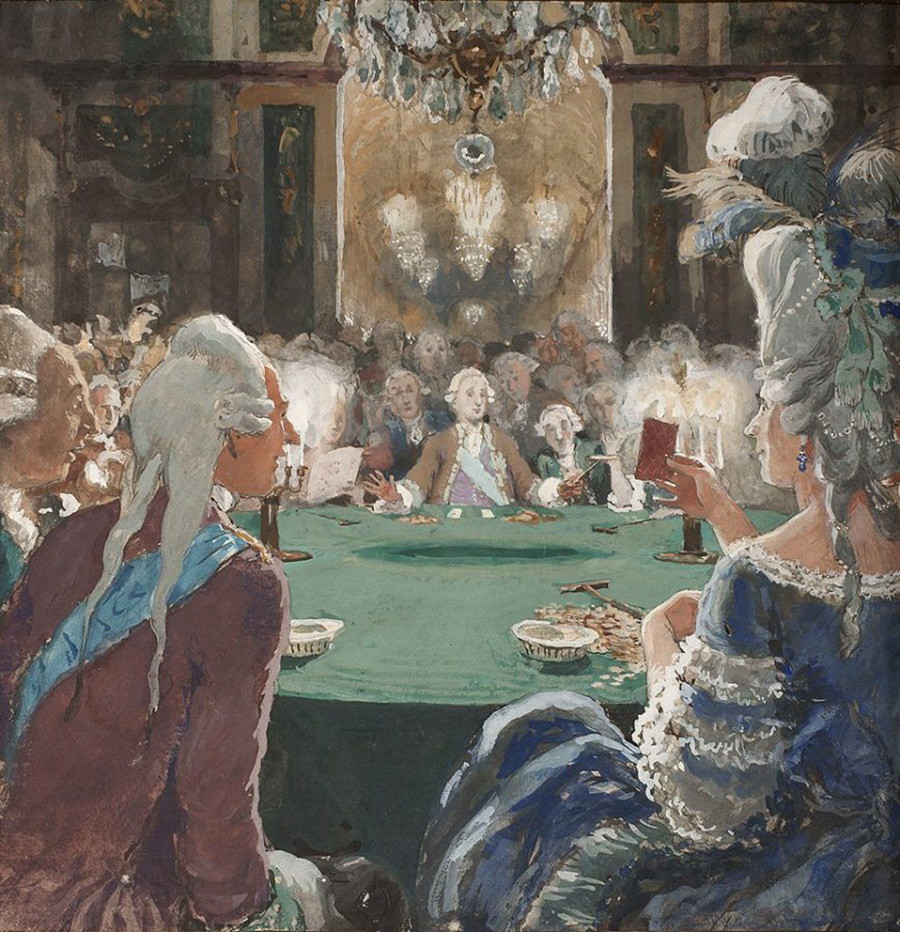 Catherine II was known for her deadpan attitude. Once during a dinner at the court, she asked Vasiliy Chichagov, a seasoned naval commander, to tell some tales from his battle years. Chichagov started enthusiastically, then he got carried away, started shouting, waving his hands and using a lot of crude obscenities that were common among sailors.

Only by the astonished looks on the faces of other courtiers present did Chichagov understood what he had done and begged the Empress to forgive him for using such words in her presence, to which she replied: “That’s all right, please continue, I don’t understand your naval language anyway!”

Once, Catherine played cards with Count Alexander Stroganov. Stroganov was losing badly and finally, he stood up in anger, threw his hand on the table, angrily saying to the Empress: “It’s impossible playing with you! You can lose all you want, you have endless credit, and imagine how I’m feeling?” General Nikolay Arkharov, who was also at the table, started reprimanding Stroganov for screaming at the Empress, which was totally unacceptable. “Calm down, Nikolay Petrovich,” Catherine said to the general, “I’ve been playing cards with Stroganov for 50 years and this happens every time.”

Alexander I and his insecurity 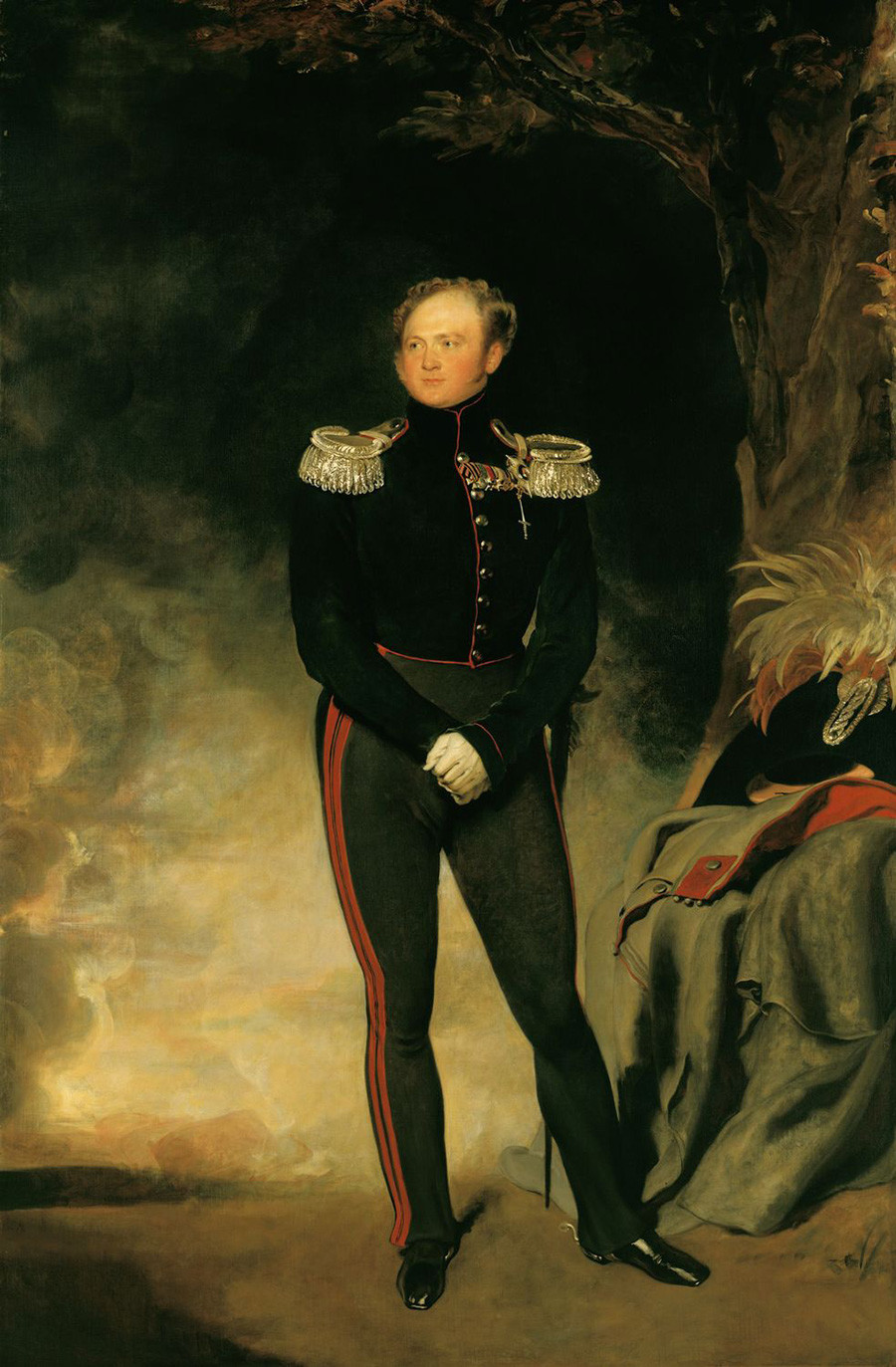 Portrait of Alexander I, Emperor of Russia by Thomas Lawrenc

Emperor Alexander was a very reserved and sometimes insecure man. For example, he banned his subjects from wearing spectacles in court because Alexander himself had poor eyesight and felt somehow offended if others could see better in his presence. Why didn’t he wear spectacles himself? He thought they made him look older.

Once in a while, Alexander would play a joke on himself. Once during military training, he sent prince Pyotr Lopukhin, a very handsome but blunt young man, to receive a message from one of the regiments. When Lopukhin was back and reported to the Emperor, Alexander understood that the young prince just messed it all up. “I’m a bigger fool,” he said, “for even sending you.”

Nicholas I and his statesman's logic 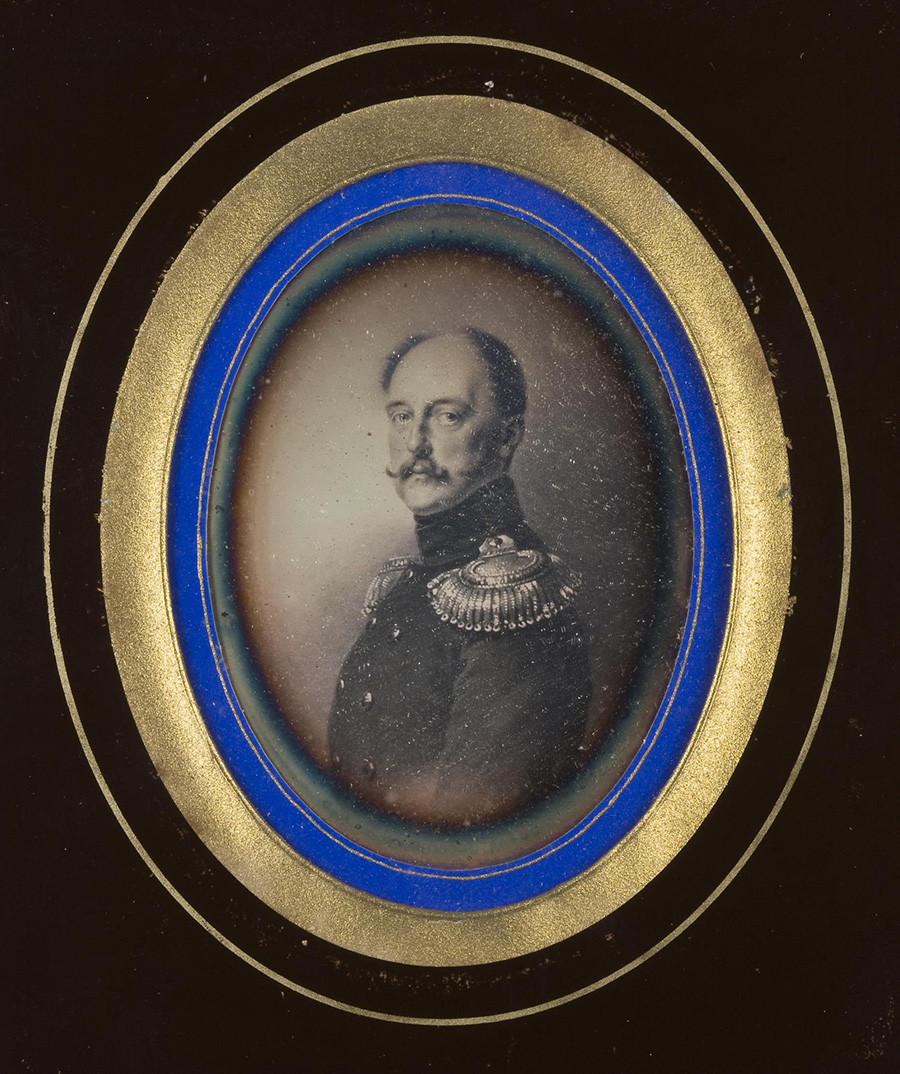 Nicholas I, by Franz Krüger

During the reign of Nicholas I, any kind of insult towards the Emperor, or even his likeness, was a criminal offense. Once, a soldier named Agafon Suleikin got stinking drunk in a tavern, and even spat at the Emperor’s portrait hanging on the wall. The case was reported, and became known to Nicholas I himself.

Instead of sending the poor soldier to Siberia, Nicholas I ordered: “Announce to Agafon Suleikin in front of his whole regiment that I spat at him as well. And since this unfortunate drunk did not know what he was doing, I declare the case closed. Also, hanging royal portraits in taverns is banned from now on.”

Alexander III and his lineage 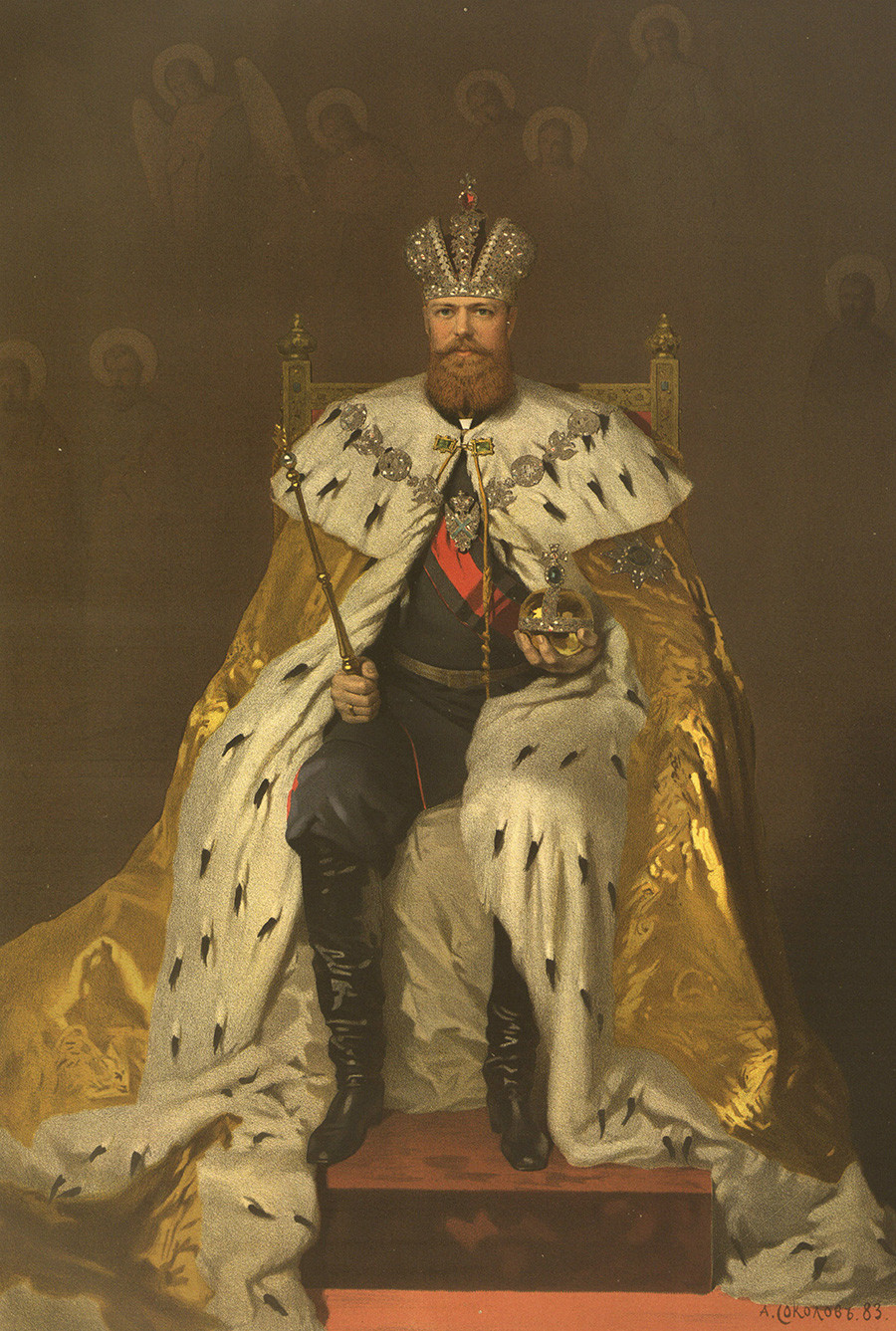 Alexander III was very concerned that he, the Russian Emperor, was German by blood and even spoke Russian with a German accent. Once he heard an old court rumor that Paul I, his great-grandfather, could have been born as a result of his mother Catherine II’s affair with Count Sergey Saltykov (1726-1765), because her husband Peter III was probably impotent.

When Alexander III became the Emperor, he asked his ministers at court if the rumor was true. “Yes, indeed!” said some of them. “Thank God, then there’s at least some Russian blood in my veins!” the Emperor replied. 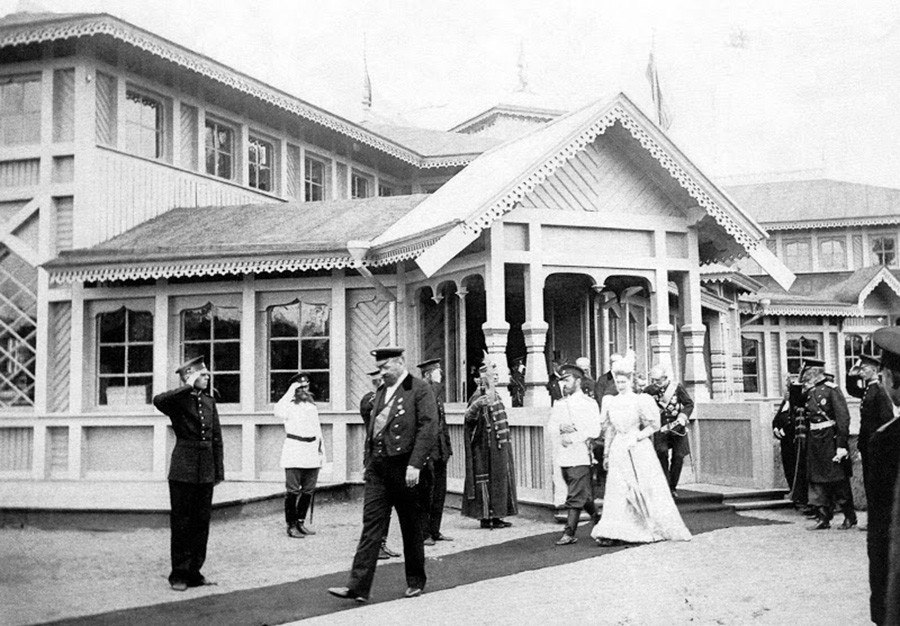 Emperor Nicholas II sometimes lacked knowledge of real life. An anecdote says that once he was walking in the forest and heard a strange repetitive noise. “What’s that sound?” he asked somebody in his suite. “That’s a cuckoo singing.” “Funny, this bird sounds like a clock in my palace,” Nicholas said.

Another similar rumor said that during Nicholas II’s visit to Nizhny Novgorod in 1896, he visited the fair, where the latest agricultural invention – artificial manure – was presented. Nicholas II approved of the technology, but noted: “Well, to produce artificial manure, the cows need artificial hay, don’t they?”