What was so 'great' about Peter the Great? 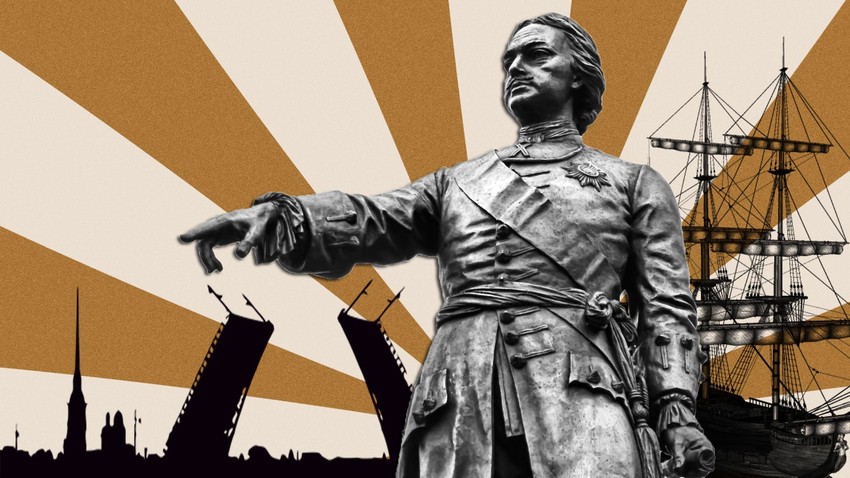 Getty Images; Russia Beyond
5 reasons the first Russian Emperor is remembered as an outstanding statesman to this day.

Tsar Peter (1672-1725) was an exceptional character. As a boy, he could rarely sit still, he walked fast and talked loudly, he was constantly in motion. He grew up to be a very tall, exceptionally strong man who could instill fear in his subjects. Peter showed exceptional resourcefulness and wit but had an explosive temper. And although he was a prominent war commander and lawmaker, he also drank heavily and could destroy anybody who disobeyed him.

But Peter the Great was given this title not for his personal traits. In 1721, when the Russian Governing Senate ‘appointed’ Peter the first Russian Emperor, also bestowing on him the title of ‘The Great,’ it was done because of his outstanding achievements as a statesman.

1. He created the Russian nobility and made it serve the state 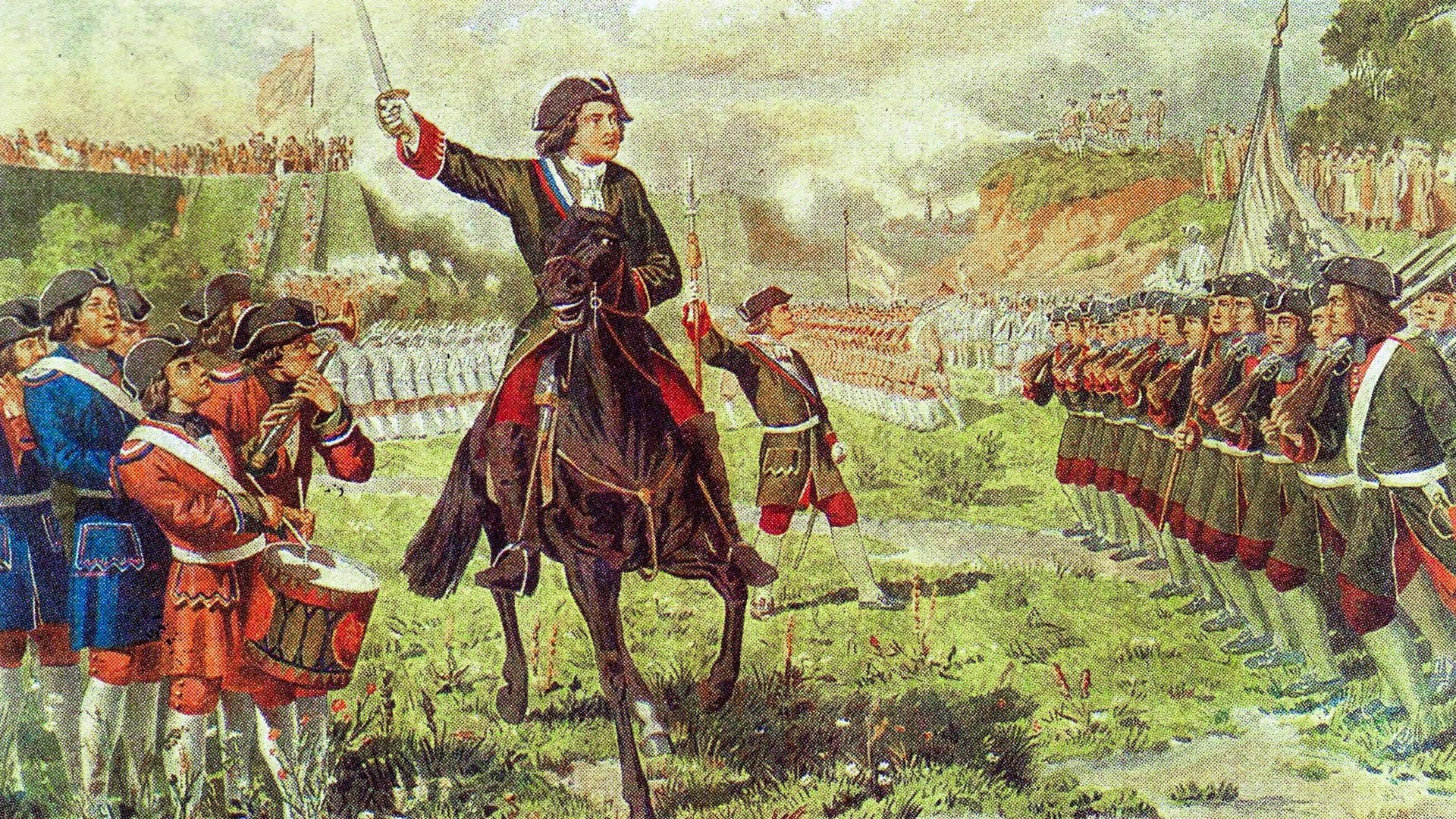 By the end of the 17th century, the Russian state had fallen into crisis. One of the reasons for this was the fact that official positions were acquired by birthright – only the offspring of boyar families could become boyars and occupy positions of high-ranked military commanders or civil statesmen. Obviously, these people were not always talented nor brave. Peter put an end to this, and in a very harsh way.

In 1698, Peter executed a lot of streltsy – former Tsarist guards, who tried to overthrow his rule. With this, a lot of high-ranked boyars (who joined the attempted coup) were dismissed from service. In 1701, Peter deemed that land could be possessed only by those who served the state. Stop serving, and you would be deprived of your land and serfs. Peter also installed regular musters of the nobility, which helped register all noblemen who could serve in the army or in civil institutions.

Finally, Peter demonstratively appointed formerly non-noble people into nobility for military prowess by making them barons and counts – titles he adopted from Europe. Peter made nobility hereditary and defined that all noblemen must serve from the age of 15. By doing so, Peter created the Russian nobility that built the greatness of Russia in the 18th century and beyond.

2. He founded St. Petersburg, the most European of all Russian cities 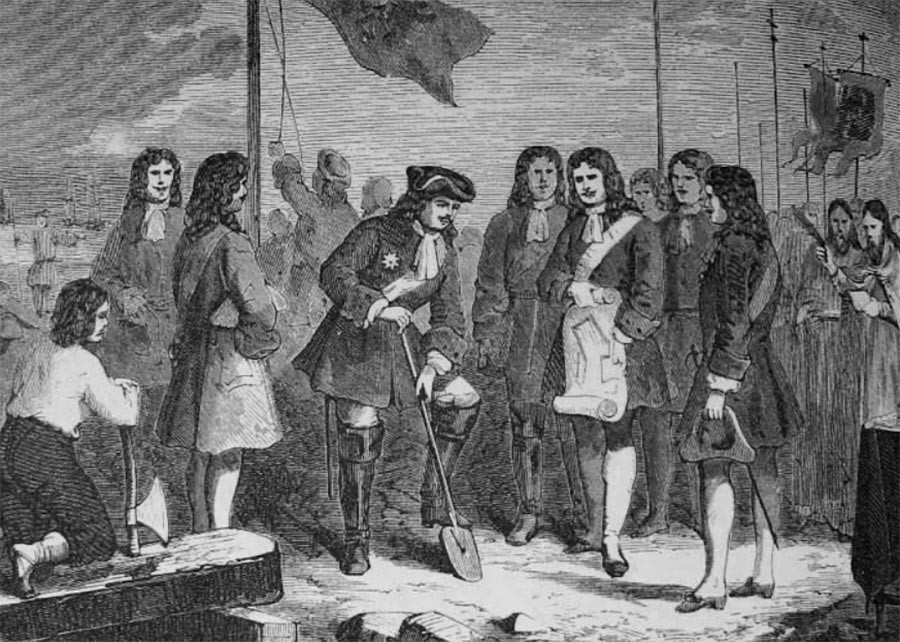 "Peter the Great at the foundation of St. Petersburg," a later etching. Not historical: Peter wasn't actually present in St. Petersburg when it was founded.

Most of the former wealthy boyar families were situated in and around Moscow. Peter understood that he needed a new big city where his new kind of noblemen would mingle with each other, compete, and create a new social network. At the same time, Russia desperately needed access to the sea and new trade ties with Europe.

READ MORE: Debunking 5 myths about how St. Petersburg was built

Founding St. Petersburg in 1703 on the marshy lands of Ingria (along the southern shore of the Gulf of Finland) was an idea that achieved all these goals at once. Moscow didn’t lose its importance as the ‘ancient capital’ – all the Russian tsars after Peter were officially crowned in Moscow, in the Dormition Cathedral. But St. Petersburg, as its creator indeed planned, became a city that was European-looking and organized in a European way, which helped achieve another important goal of Peter’s reign.

3. He helped Russians connect with Europeans 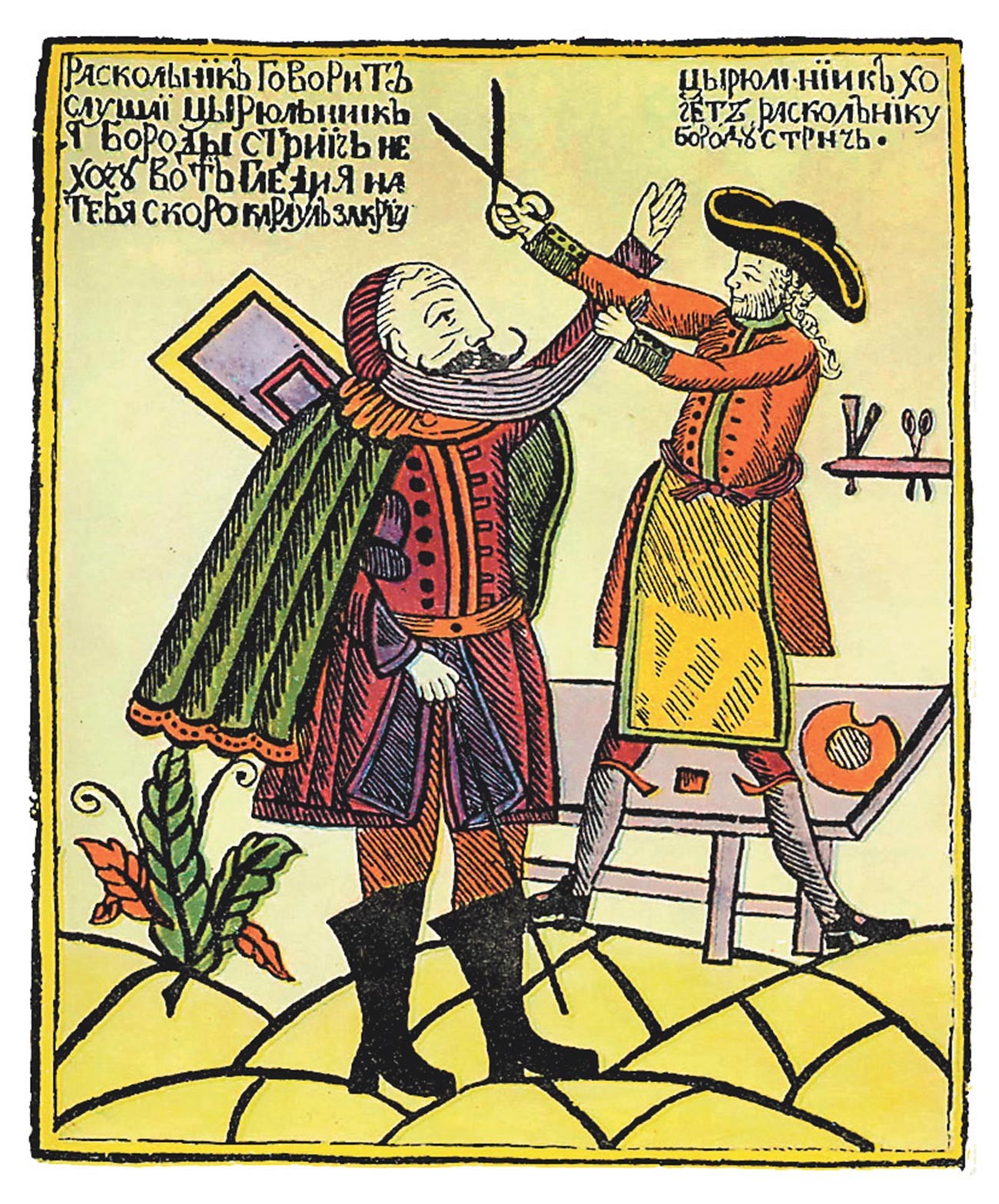 Contrary to popular belief, Peter didn’t “ban” beards. Most of the Russian people were peasant serfs, they lived in the countryside and their bearded Russian look remained the same. But in the cities, Peter made men pay a substantial fee if they wanted to keep wearing a beard (this applied to all citizens except the clergy). Also for citizens, traditional Russian dress was banned completely.

Peter understood that to help Europeans and Russians connect, Russians must, first of all, look more ‘European’ – so the Russian merchants, law, and science students didn’t stand out in European cities with their clothes. So Peter ordered all citizens to wear European-styled clothing.

Peter also inundated Russia with foreigners who came to the country to work – building ships, serving in the army, teaching sciences, organizing business enterprises, factories and mills. At the same time, Peter sent a lot of Russians abroad to study, as he himself did in 1697-1698. But Peter didn’t only make friends with Europeans – he challenged the most powerful European state of the time, Sweden, in the Great Northern War.

4. He made Russia a military superpower 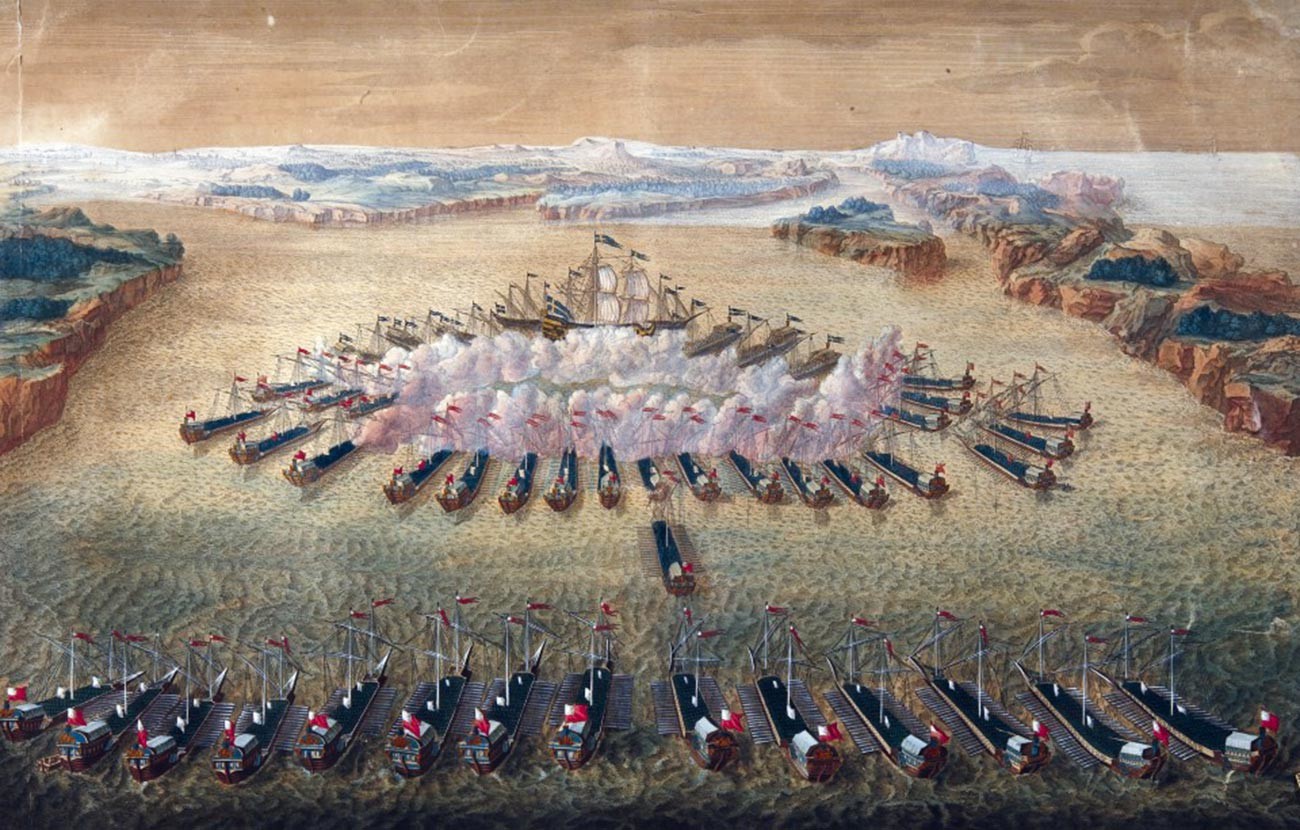 The Battle of Gangut, engraving by Mauritius Bakua

In the Great Northern War (1700-1721) Sweden opposed a coalition that included Russia, Polish Commonwealth, Saxony, and Danish-Norwegian realm. The conflict was around the control of the Baltic Sea and its shores. In this war, Russia wanted to return its territories in Ingria – these lands belonged to the Moscow Tsardom before the Time of Troubles at the beginning of the 17th century. When Peter came to power, Russia had only Arkhangelsk on the White Sea as its only big trading port, so for the development of naval trade, access to the Baltic was crucial.

READ MORE: The war that turned Russia into a great power

For Russia, the war began with a devastating defeat at Narva on November 19, 1700. Russians were forced to surrender and lost all their artillery to the Swedes. This battle showed the inefficiency of the Russian army. After it, Peter ignited fully-fledged reforms in the Russian military – new military formations, contemporary weapons, and new field tactics were employed with the help of European commanders and engineers.

In 1704, Russians finally took Narva, in 1709 crushed the Swedes in the battle of Poltava, and in 1714 defeated the Swedish fleet in the Battle of Gangut – the first Russian victory at sea. The war effectively ended in 1718, when the Swedish king Charles XII was killed. Formally, peace between Russia and Sweden was forged by the Treaty of Nystad (1721), which finalized Russia’s territorial wins in the Baltic sea region. After the victory over Sweden, Russia declared itself the Russian Empire, and Peter adopted the Emperor’s title. With its reformed army, the country developed into one of Europe’s superpowers. Peter also gave it a contemporary law system.

5. He created comprehensive legislation in all spheres of Russian life 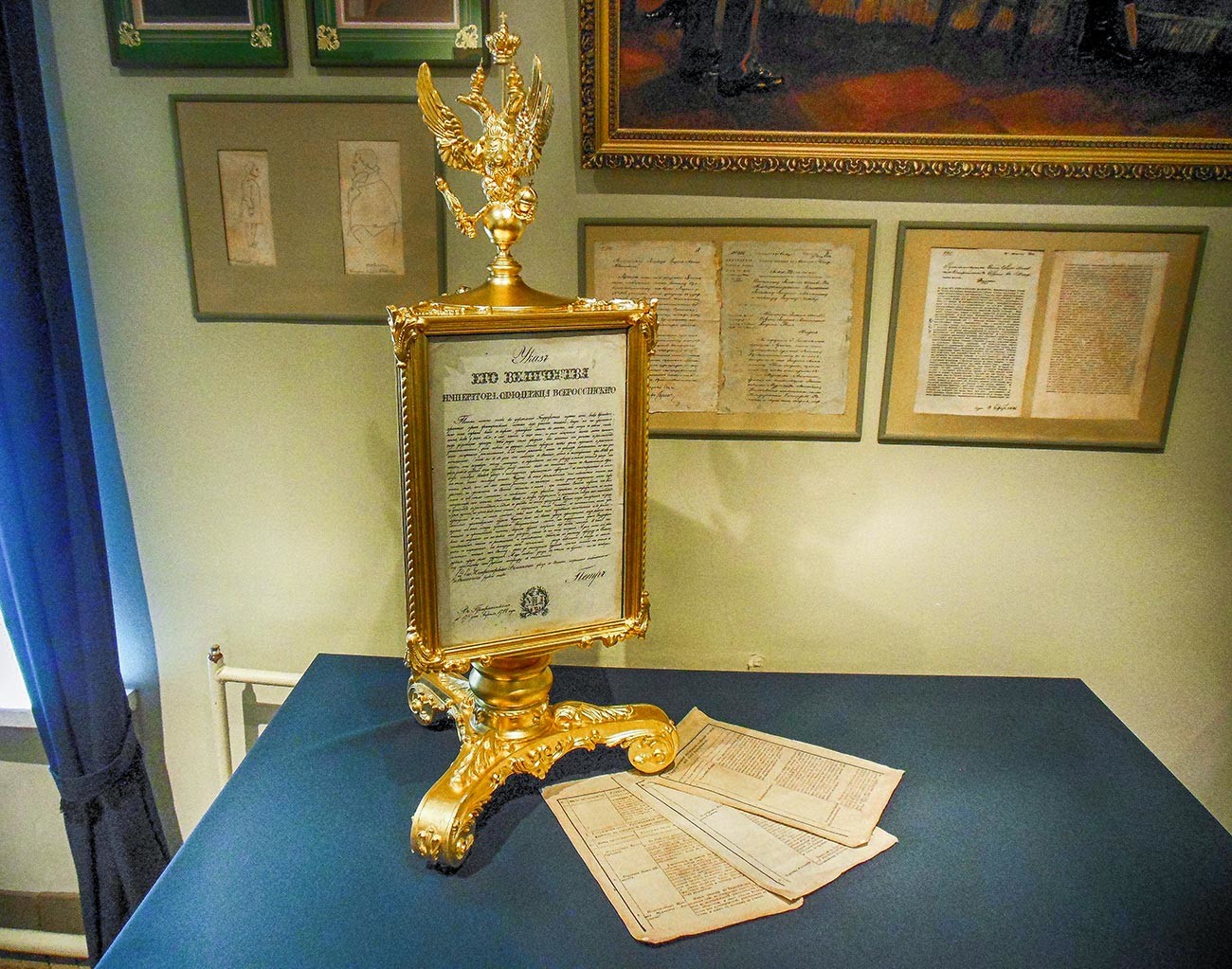 "Zertsalo" – a table-post with the most important laws of Peter the Great on civil service, 18th century.

In addition to his military prowess and tactical mind, Peter was a lawmaking genius. Under his supervision, a new law and state system was built in Russia. The government was now embodied in the Collegiums – the predecessors of Ministries; the Governing Senate acted as the highest judicial authority (after the Emperor). The authority of the Russian Orthodox church under Peter was subjugated to the state – the Most Holy Governing Synod created in 1721 acted as the ‘lay’ government of the church, instead of it being governed by the Patriarch, a position Peter dismissed.

READ MORE: 5 things that Peter the Great brought to Russia

Peter personally issued numerous ukazes (orders) that very often regulated details in the daily life of Russians – not only beards, but styles of clothing, and rules of public behavior. Peter ordered Russian women to stop painting their teeth black with soot, taught citizens to bury their garbage in specially organized places, ordered scythes to be used instead of sickles during harvest, etc. Peter looked into the very fabric of life – and remodeled it according to his ideas. His reforms practically formed Russia and were largely in effect until 1917.