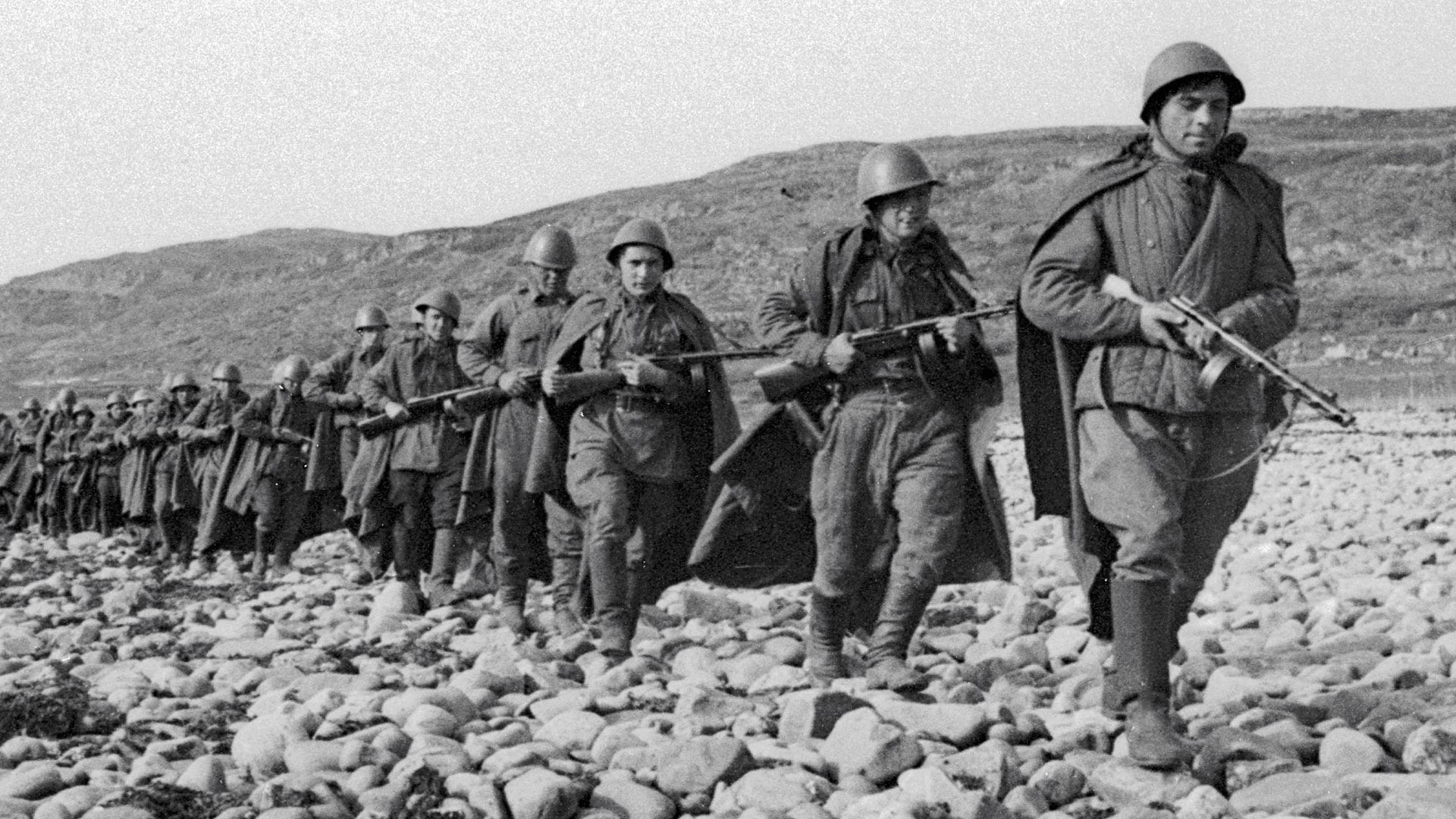 Evgeny Khaldey/Sputnik
In 1941, German troops easily crossed the Soviet border almost along its entire length and, in a matter of weeks, penetrated deep into the territory of the USSR. Only on one section of the border, in the far north of the country, were they unable to make any advances all throughout the entire war.

The initial period of the war against Nazi Germany turned into a real nightmare for the Soviet Union. Like a knife through butter, the Wehrmacht passed through Red Army positions and in a matter of a few weeks occupied the entire territory of the Baltic States and Byelorussia, as well as a significant part of Ukraine. Entire Soviet divisions were killed in fierce battles. Hundreds of thousands of soldiers were surrounded and desperately tried to break through to rejoin their fellow troops.

However, the enemy’s success was not quite so absolute along the entire length of the Soviet-German front. In the very north of the country, in the area of the Musta-Tunturi ridge near the state border, the Germans did not manage to break through the Red Army’s defenses until the very end of the war. 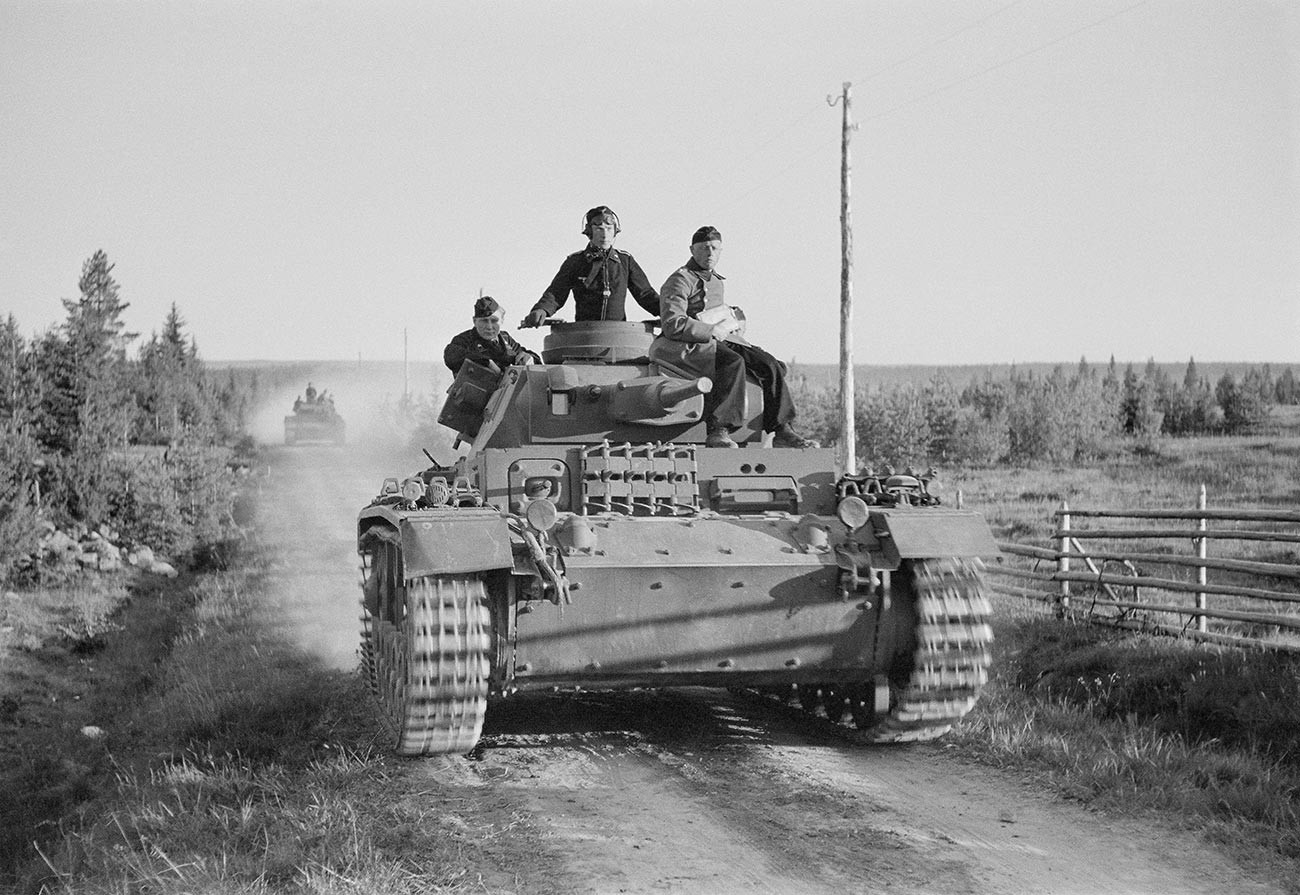 In the Soviet Arctic, the war started a week later than in the rest of the USSR. It was only on June 29, 1941, that German and Finnish troops crossed the border, mounting an offensive towards Murmansk and Kandalaksha.

Units of the ‘Norway’ Mountain Rifle Corps of General Eduard Dietl advanced along the coast of the Arctic Ocean. Their task was to capture the Sredny and especially the Rybachy peninsulas, whose important strategic position earned them the unofficial nickname of ‘The Unsinkable Battleship of the Arctic’. “Whoever holds Rybachy and Sredniy holds the Kola Bay. Without the Kola Bay, the Northern Fleet cannot exist,” noted Admiral Arseny Golovko. 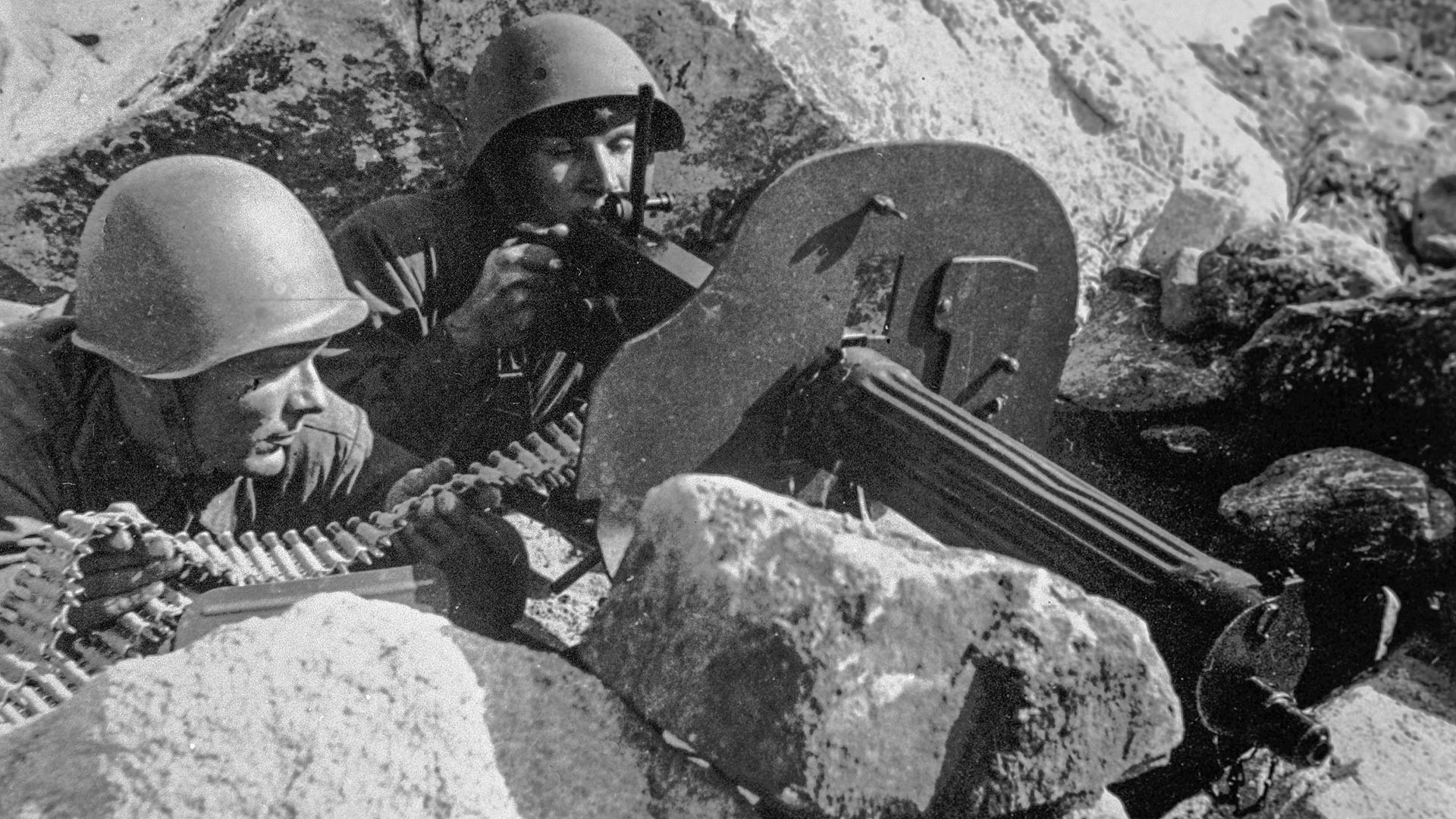 Soviet troops on the Musta-Tunturi ridge.

Having crushed several border outposts and thrown back units of the 95th Infantry Regiment, the German rangers reached the Musta-Tunturi ridge located 6 km from the border, behind which there was an isthmus and a direct route to the peninsulas. The Germans hoped to take this mountain ridge on a roll, but, as it soon became clear, that was not to be.

Initially, the Soviet command believed that the enemy would strike at the peninsulas from the sea rather than from land, so the main forces were amassed on Rybachy in anticipation of a German landing. When the Wehrmacht attacked the ridge, the Soviet troops defending it were outnumbered almost five to one. 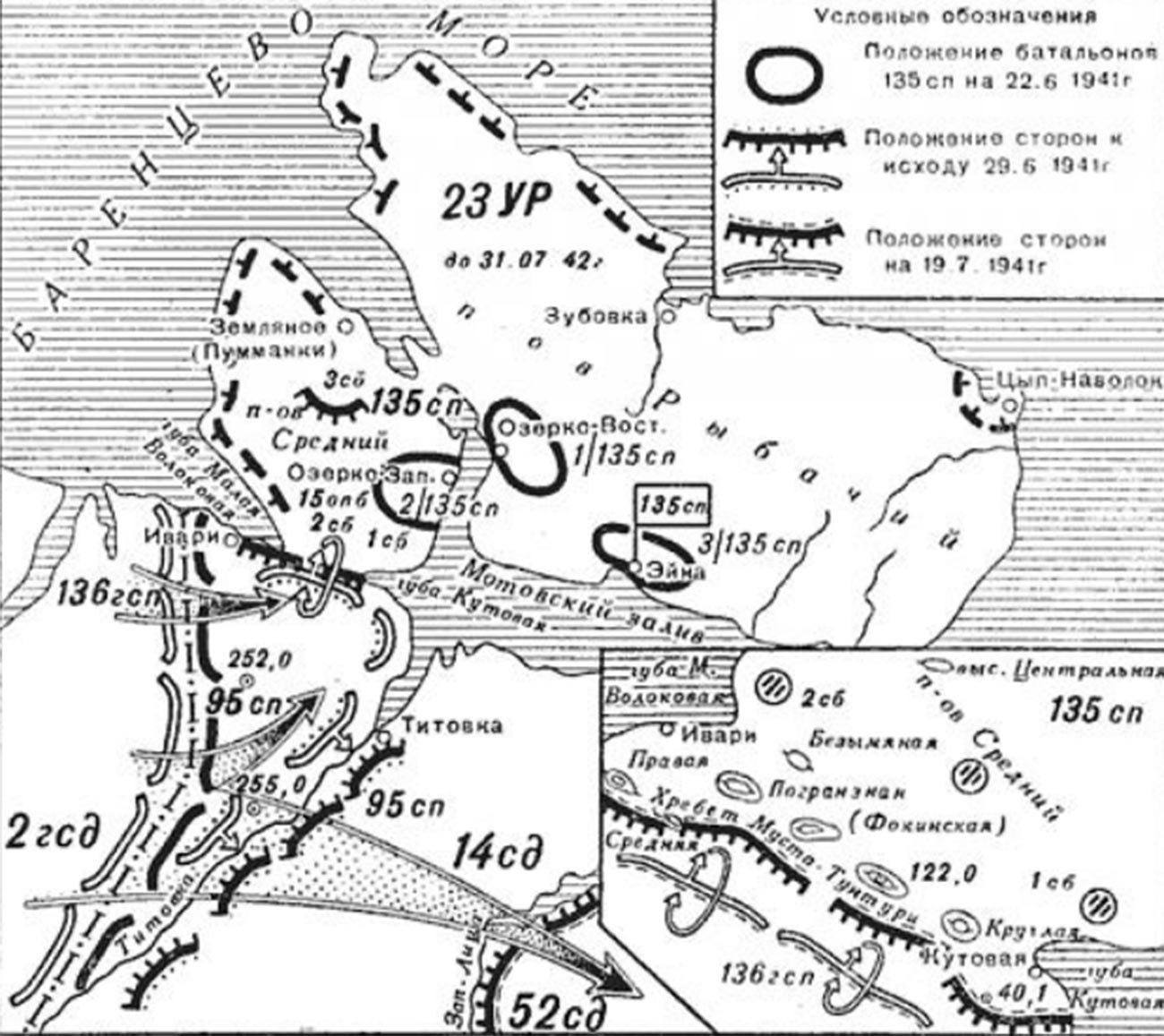 Nevertheless, until reinforcements arrived at Musta-Tunturi, Soviet soldiers managed to put up fierce resistance to the German attackers. They set up firing points right on the rocks, put up barbed wire and planted mines. They fought for every meter, for every stone cover.

When the German troops, nevertheless, managed to climb the ridge and began to descend along the slopes to the isthmus, they were hit by Soviet artillery and the ‘Uritsky’ and ‘Kuibyshev’ destroyers that had approached the shore. “We came under heavy fire from Russian naval artillery. There is considerable loss of life in the battalions, the orderlies do not have time to evacuate everyone…,” the commander of the 136th German Mountain Rifle Regiment reported. “We were close to Kutovaya and were descending from the steep eastern slopes of spot elevation 122. And then, a hail of shells fell on us. I have nothing to repel it with. If they don’t stop firing, I will have to pull the regiment back.” 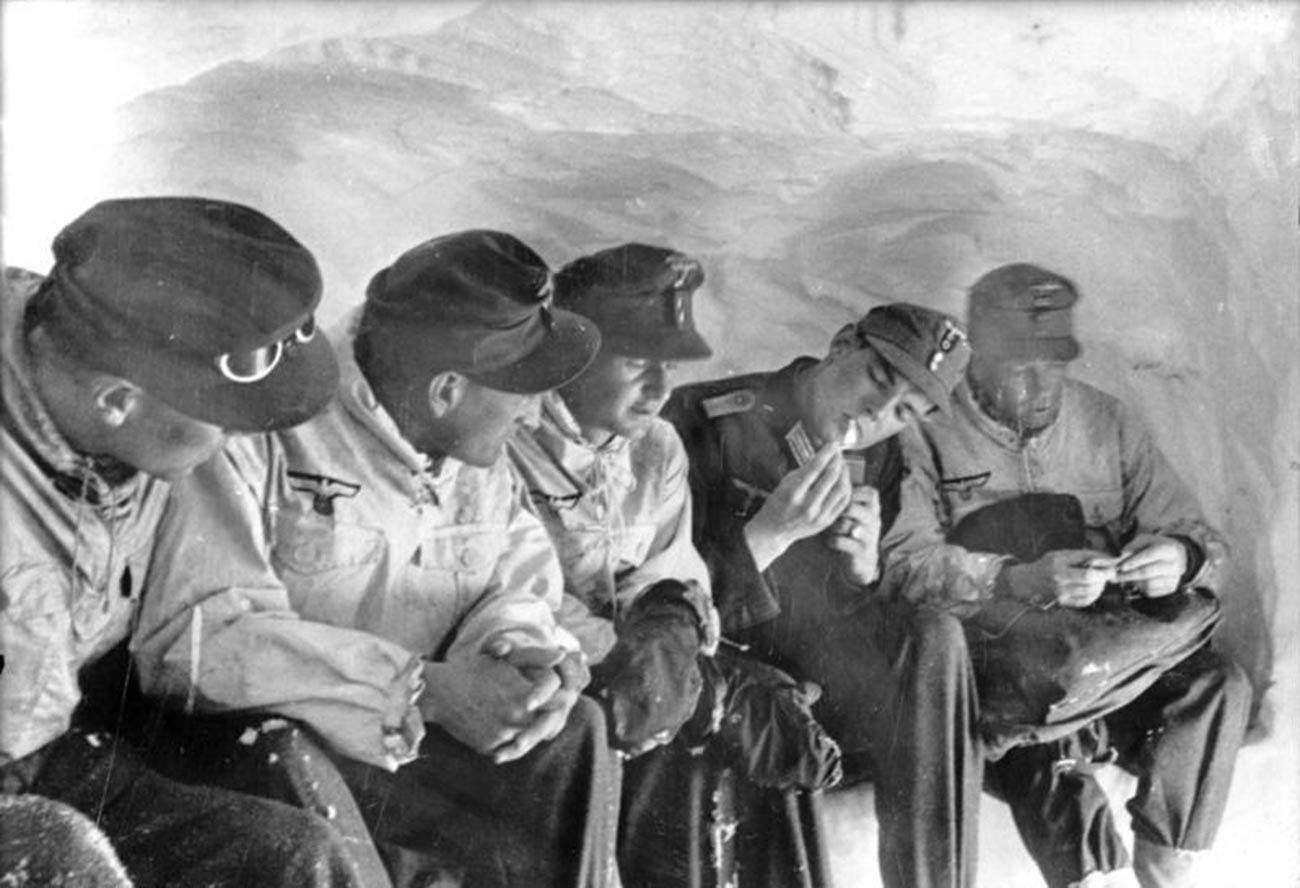 Fierce battles for Musta-Tunturi continued until mid-September 1941. Having suffered one failure after another, the Germans stopped their attempts to seize the mountain and began to dig in on the occupied lines.

“On the northern slopes of the ridge, which were steep in the center and less so in the west and east, our outposts were located at seven strongholds. The enemy was located on the southern slopes, less steep and offering a more advantageous position. Between the enemy and our strongholds, there was a strip of no man’s land just 50-60 meters wide, in some places just 25-30 meters – not more than a hand grenade throwing distance from a prone position! Grenade battles took place every day. Each side could hear everything that was happening on the other side,” recalled Lieutenant General Sergei Kabanov. 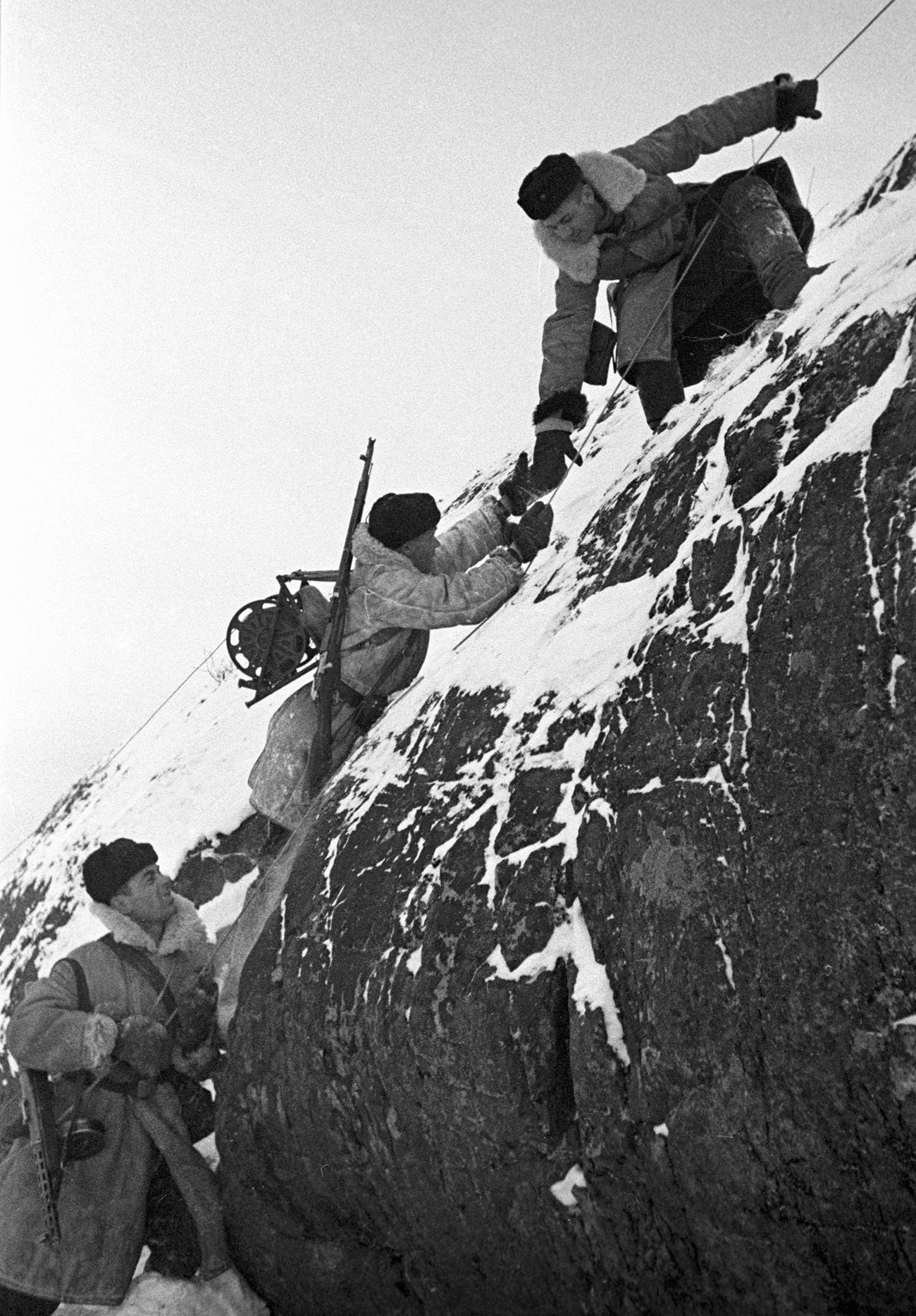 Soviet soldiers on the Rybachy peninsula.

Occupying commanding heights, the Germans had a good view of the rear of the Soviet troops. Deliveries of food, ammunition and building materials to the positions for the construction of fortifications had to proceed under heavy enemy fire. “For each log delivered to Musta-Tunturi, the price was somebody’s life or injury,” sapper Nikolai Abramov recalled. “How can you build a stronghold 50 meters from the enemy’s line of defense? At the sound of any knock, a shell could hit you in the head.”

The Germans were particularly irritated by the Soviet border sign A-36 located on the ridge. Prior to the Soviet-Finnish war (the Winter War), that was the location of the state border, which - under the terms of the 1940 Moscow Peace Treaty - was moved a little further to the west. “It is with pride that I recall how tenaciously we defended our Soviet border mark that remained on Musta-Tunturi. It was, perhaps, the only border sign not captured by the Nazis. The Germans made many attempts to seize it, but failed each time. Embittered by their failures, the attackers kept its defenders under a merciless barrage of fire. Sometimes the enemy managed to shoot the sign down, but the sailors would restore it again,” Marine Corps Captain Vasily Kislyakov wrote in his memoirs ‘Beyond the Arctic Circle’. 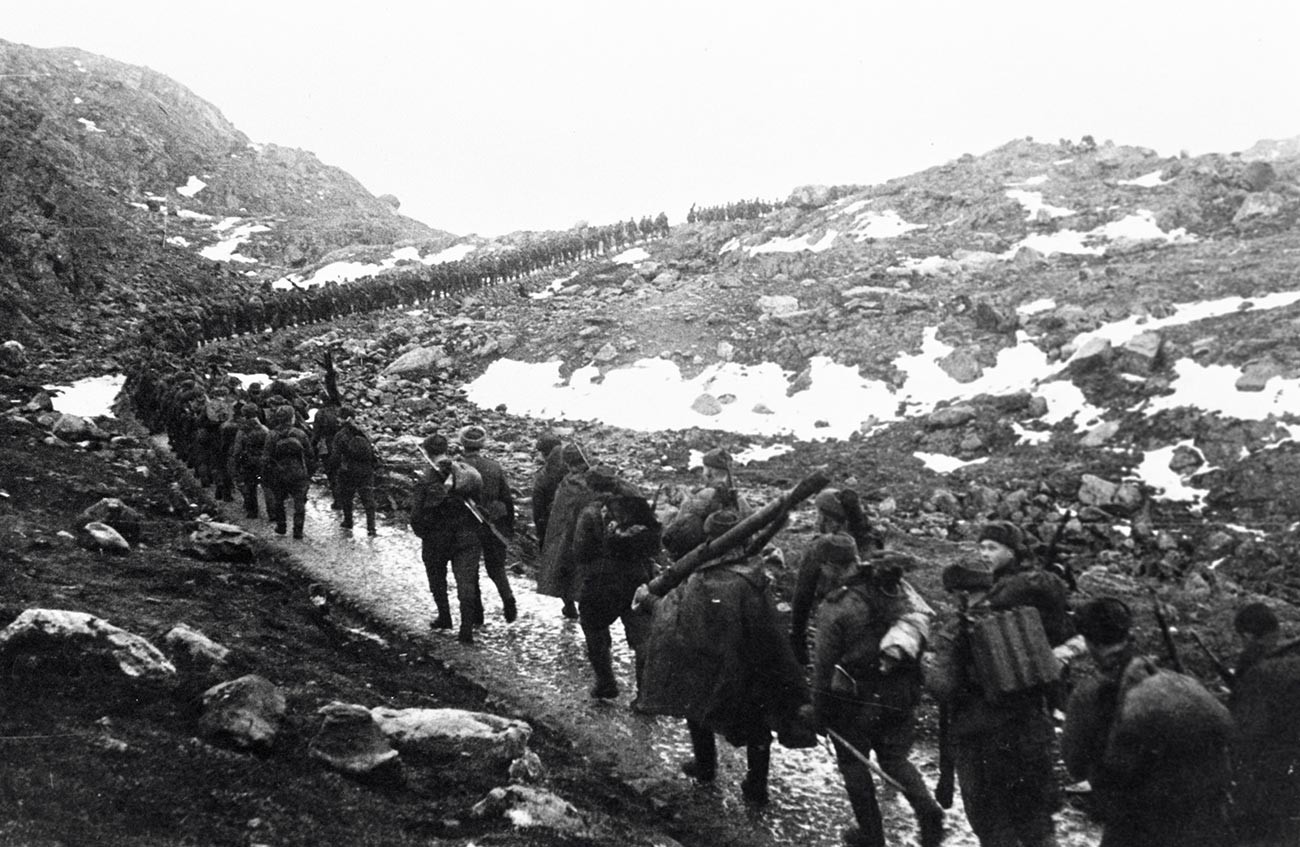 Up to the moment when the Red Army knocked the Germans out of the Arctic Circle at the end of 1944, the Musta-Tunturi ridge remained like a bone in the Nazis’ throats. All their attempts to break through the Soviet defenses ended in nothing. While on other sectors of the front, the Wehrmacht advanced thousands of kilometers to the Volga and the Caucasus; here, it got stuck practically at the very border of the Soviet Union.