Did the Red Army suffer any defeats in WWII after Stalingrad? 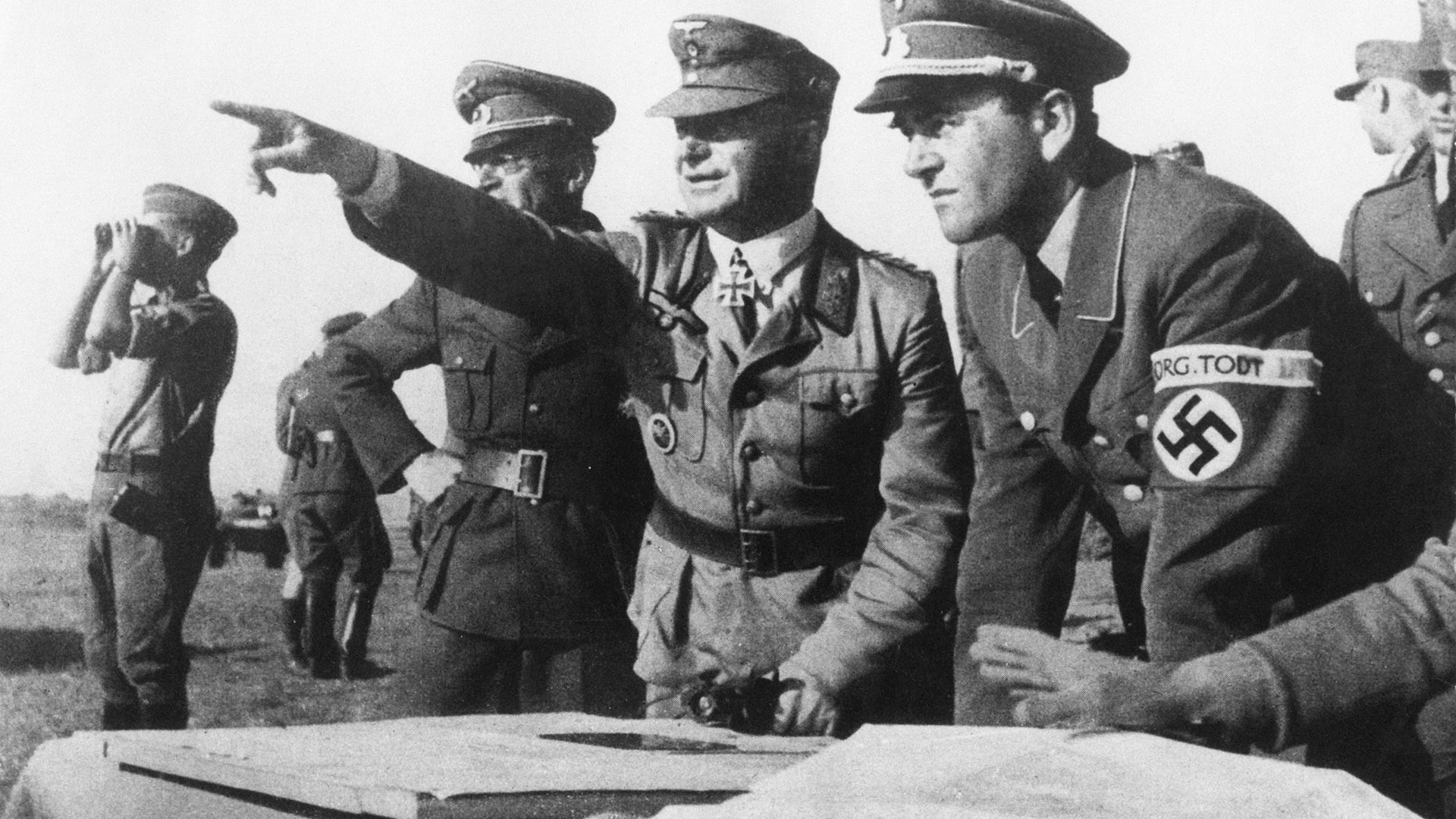 Albert Speer, German Minister of Armaments and War Production for the Third Reich, with officers of the Organisation Todt military engineering group on the Eastern Front, 1943.

Keystone/Hulton Archive/Getty Images
Despite enjoying some local successes, the Nazis were unable to stop the iron steamroller that was the Red Army relentlessly pushing westward.

After defeating the Wehrmacht at Stalingrad, the Soviet troops entered a period of glorious victories, which lasted until the collapse of Nazi Germany in May 1945. Nevertheless, from time to time, the Germans still managed to inflict some sensitive blows to the Red Army.

Having triumphed in the Battle of Stalingrad, the Soviet command decided that it was time to defeat the enemy on all fronts. On February 10, 1943, a large-scale operation, code-named ‘Polar Star’, began in the north-west of the USSR. Its purpose was to push Germany’s Army Group North away from Leningrad and then completely destroy it. 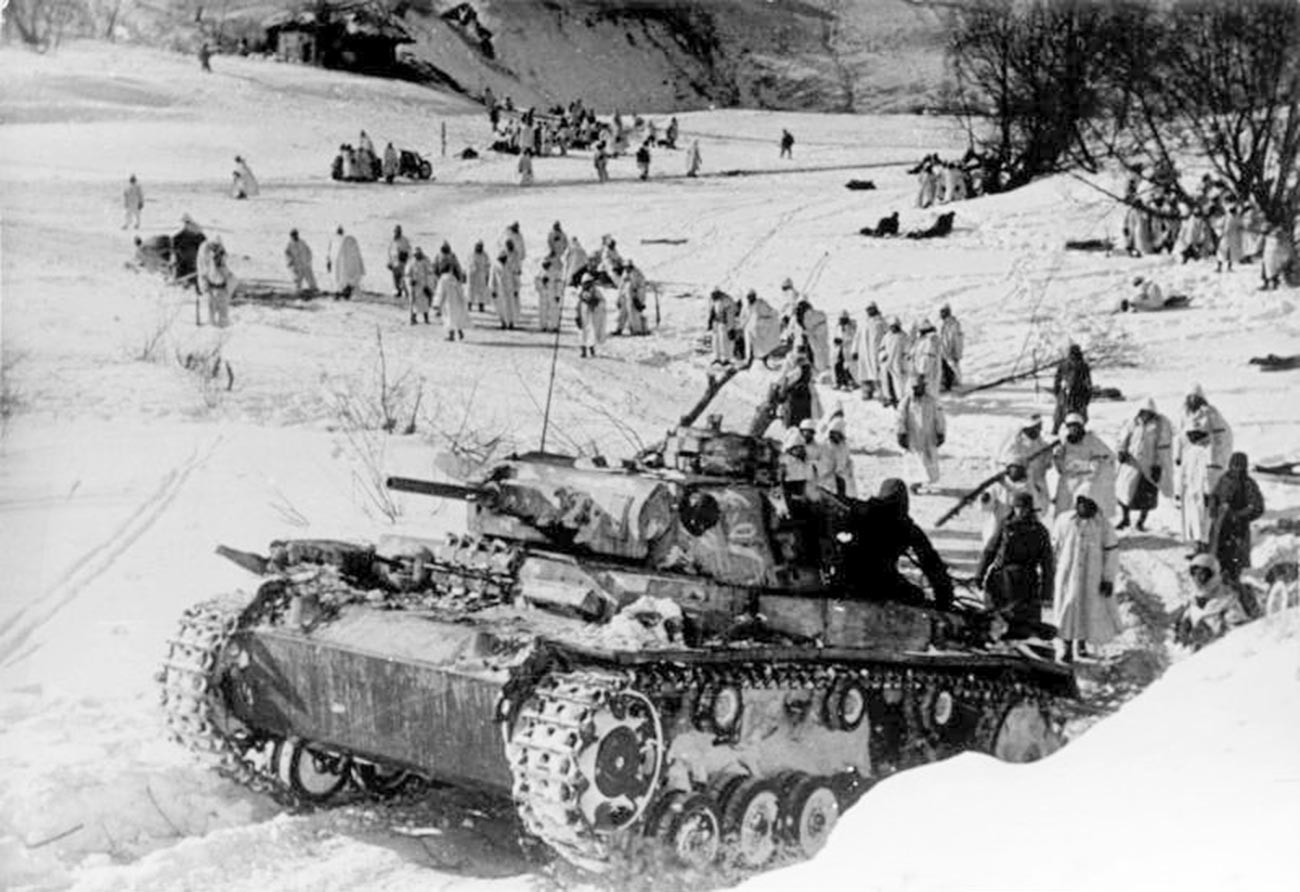 German troops during the Battle of Demyansk.

An equally important task was to eliminate the so-called ‘Demyansk’ salient, which was wedged deep into the Soviet positions. The Red Army spent a whole year in unsuccessful attacks on this dangerous bridgehead, from which the Wehrmacht could threaten the Soviet rear.

The offensive launched by the Soviet troops soon showed that the hope of quickly reaching the borders of Soviet Estonia was too optimistic. Without proper training and reconnaissance, the Soviet troops came up against fierce resistance from the entrenched enemy and, suffering heavy losses, slowly advanced with great difficulty.

The task of eliminating the Demyansk salient and surrounding the 16th German Army was only partially realized. Although the salient was eventually eliminated, the Germans managed to successfully remove their troops to pre-prepared defensive positions. 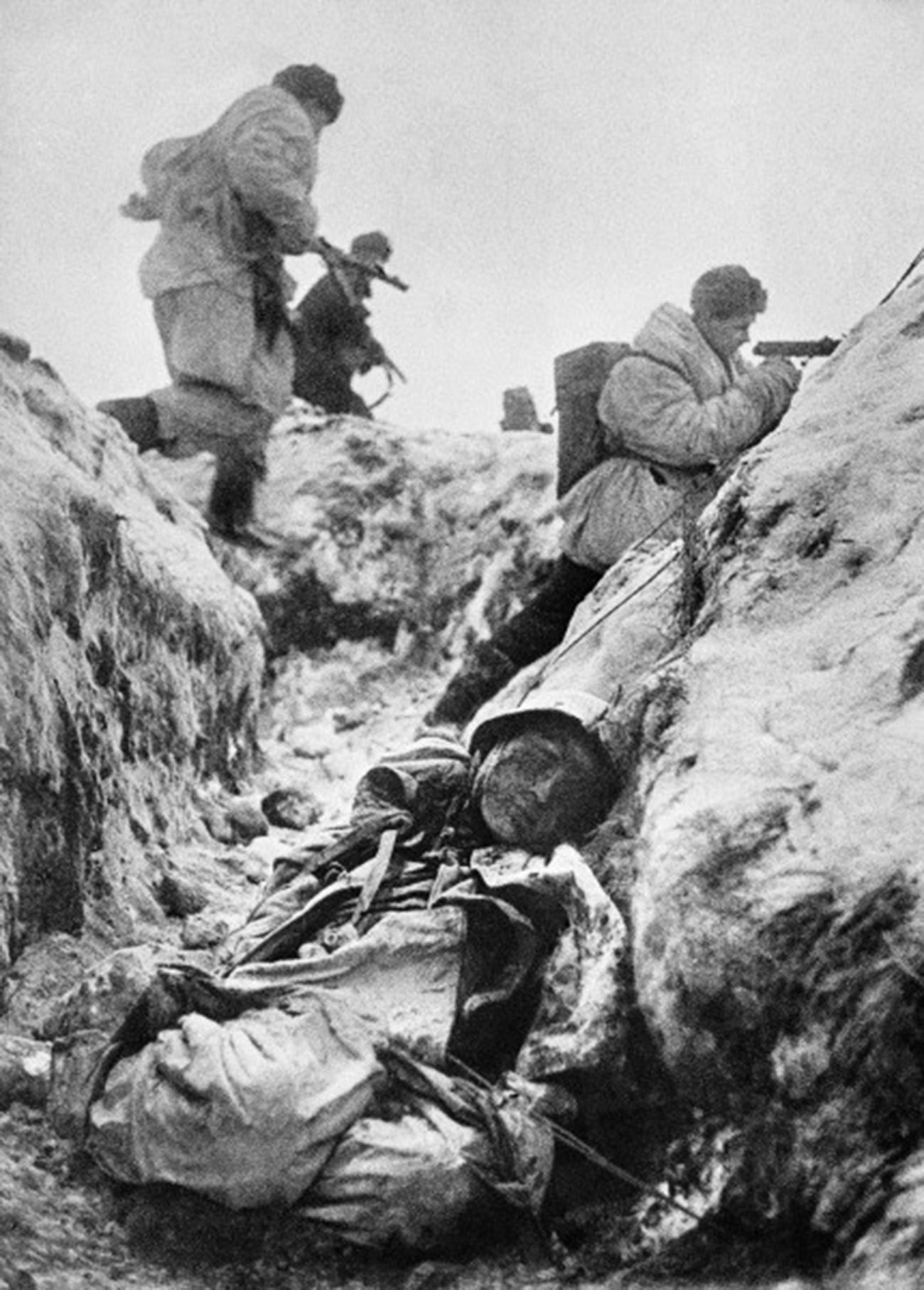 The Polar Star resulted in 280,000 Red Army soldiers killed and wounded (German casualties amounted to just over 78,000). By April, having advanced only a few kilometers, the Soviet troops had to abandon the offensive.

“After the brilliant victories on the Don and Volga, the failures on this front were depressing,” Marshal Nikolai Voronov wrote with chagrin. “It was clear that a major operation should not have been launched here. Our mighty military hardware needs open space, whereas here it got bogged down in swamps. Once again, irritation was mounting inside me against those who had devised beautiful plans for the operation without bothering to study the terrain, the communication routes, or the climate… We condemned our hardware to ruin, lost many people and an innumerable amount of ammunition on a task that clearly had no prospect.”

On February 16, 1943, having pushed the enemy out of the city, the Red Army entered Kharkov, a large industrial center of Soviet Ukraine. However, the city was not to enjoy its newfound liberation for long. 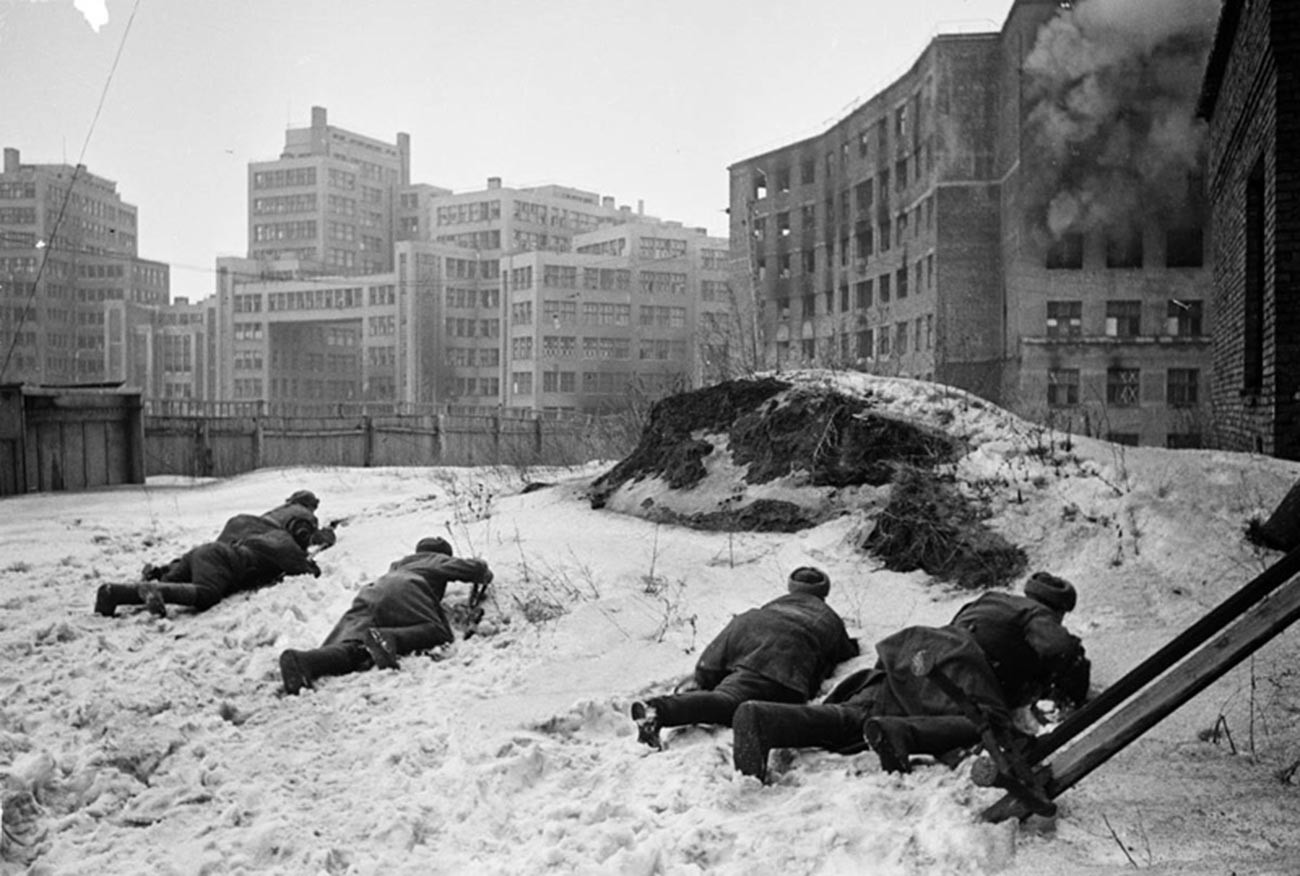 On March 4, having regrouped their forces, the Germans, with the support of aviation, launched a large-scale counteroffensive. The Soviet troops, who were severely exhausted by that time, could not resist the enemy’s onslaught and began to rapidly yield their positions. On March 11, units of the 2nd SS Panzer Corps broke into the city center.

General Pavel Rybalko, who led the defense of Kharkov, reported to the commander of the Voronezh front, General Filipp Golikov: “The situation is critical. I will not be able to hold the city with the forces of the 19th Rifle Division and the 17th Brigade of the NKVD, who are not particularly combat ready. There are no reserves. The enemy can cut off all escape routes. The ammunition is running out, there is no fuel. I have over 3,000 wounded in the city. I cannot take them away... the enemy is pulling up its forces to capture the city.”

On March 13, German tanks approached the 3rd Soviet Tank Army from the rear, threatening to encircle it. “The word Kharkov was like a magic magnet for soldiers and the middle echelon of the army command,” Field Marshal Erich von Manstein, commander of Army Group South recalled. “The SS Panzer Corps wanted to present the newly conquered capital of Ukraine (the city was the capital of the Ukrainian SSR until 1934 - ed) ‘to their Fuhrer’ as a sign of victory and was making its way to the city by the shortest route possible.” 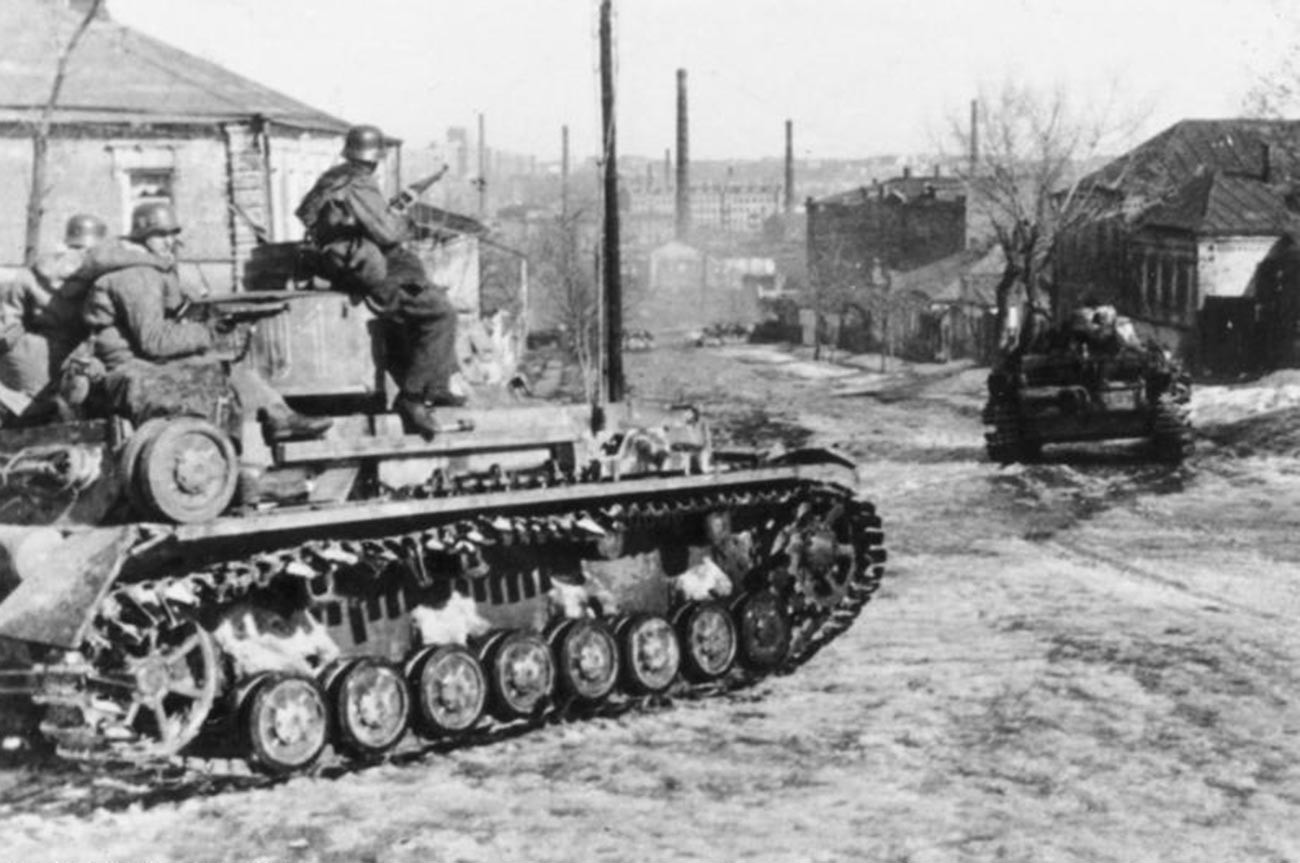 Having undertaken an unsuccessful counterattack, the Soviet troops were ordered to break through from Kharkov. By March 17, having lost over 86,000 people as killed and wounded, they concentrated on positions on the eastern bank of the Severny Donets River, 30 km from the city.

The Germans regained control of Kharkov and Belgorod, however, with the roads made impassable by the spring thaw and even with the arrival of Soviet reinforcements, they failed to develop their offensive further. Large-scale hostilities on this sector of the front stopped for several months and resumed only on July 5 with the start of the German operation Citadel.

The Germans had their last triumph in World War II in Saxony in April 1945. While to the north, Soviet troops had already begun their assault on Berlin, here units of the 52nd Army and the Second Polish Army were advancing towards Dresden. 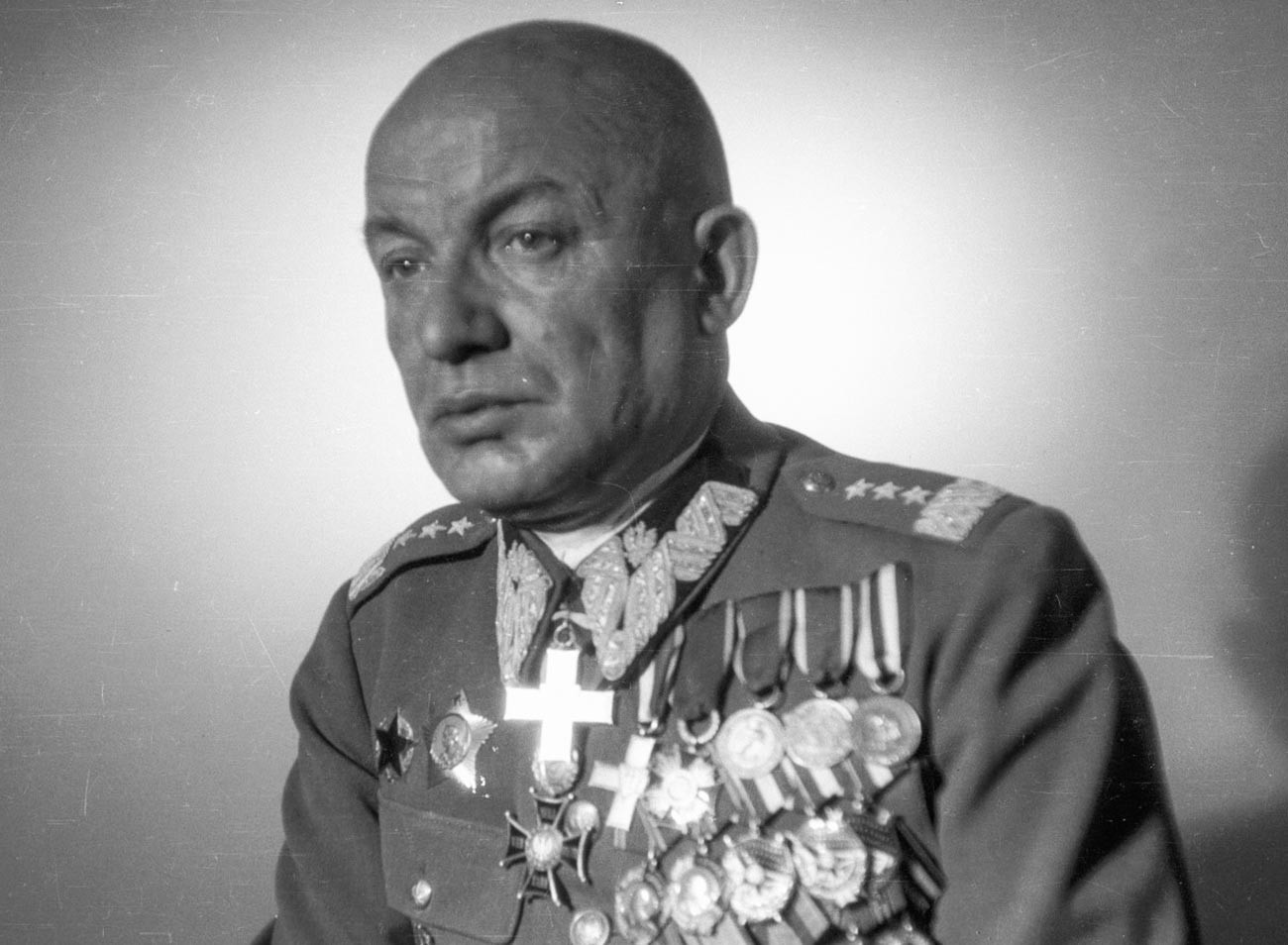 At first, the offensive of the Soviet and Polish troops was quite successful. Having crossed the Neisse River on April 16 and broken through the enemy defenses, three days later, they began an assault on the strategically important city of Bautzen. Soon, tanks of the 1st Polish Tank Corps were on the outskirts of Dresden.

The commander of the Second Polish Army, Generał Karol Świerczewski, was so keen for the Poles to capture the old German city that he failed to notice the difficulties his troops had encountered: their communication lines were too stretched, while the tanks and armored vehicles, having got carried away by the breakthrough, had gone too far away from their rear.

The Germans immediately took advantage of this mistake. Having inflicted unexpected blows on the weakened flanks of the advancing troops, by April 21, they surrounded the main forces of the Second Polish Army and several Soviet units. 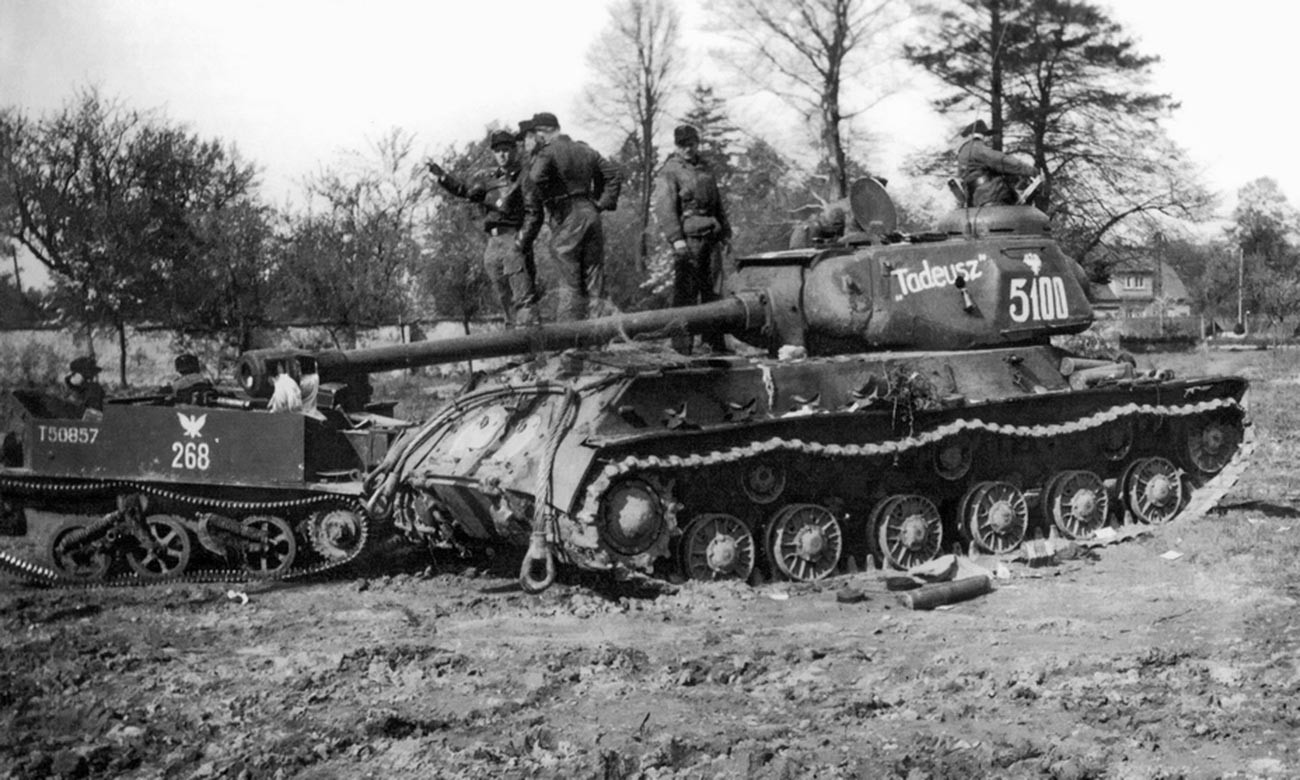 Polish IS-2 captured by Germans.

Not immediately realizing the scale of the impending catastrophe, Świerczewski continued to advance towards Dresden. In the end, the commander of the 1st Ukrainian Front, Marshal Ivan Konev, had to personally intervene and stop the troops. One of the Polish officers later did not mince words commenting on those events: “Świerczewski must have been drunk when he was in command.”

The encircled Polish and Soviet troops fought long and hard to break out from their encircled positions to the east. As a result, over 18,000 servicemen of the Second Polish Army, or one-fifth of its strength, were killed, wounded or missing in action. The losses of the Soviet and German troops remain unknown.

The Germans did not manage to build on their success and to strike at the flank of the Red Army that was advancing on Berlin - they were stopped by fresh reinforcements. However, the Red Army had to forget about capturing Dresden for a while. The city fell into its hands only at the very end of the war, on May 8.