Germany’s last victory over the Red Army in WWII 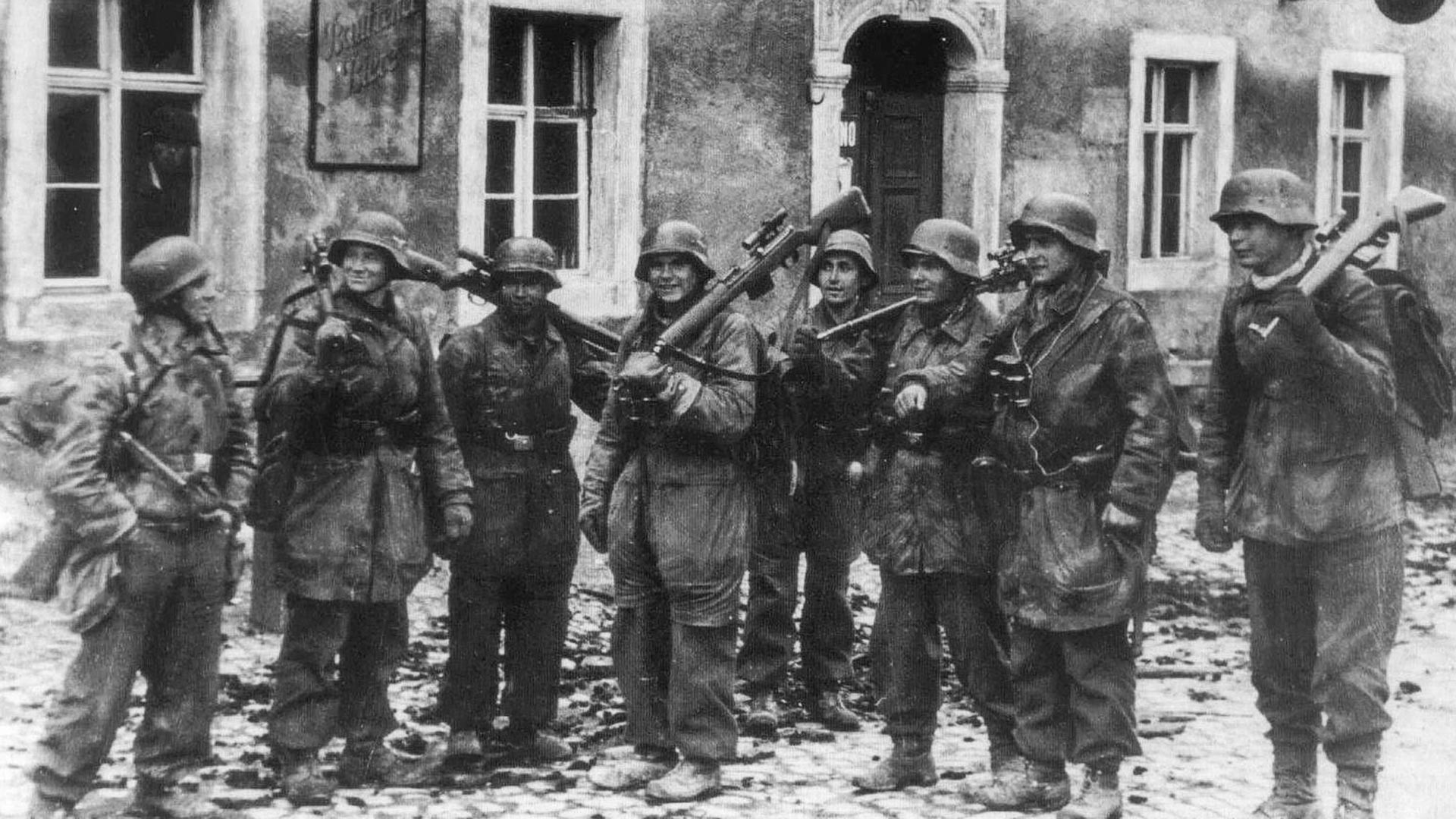 Archive photo
The Soviet troops’ unexpected defeat was the result of a Polish general’s unbridled ambitions.

In April 1945, Soviet troops were steadily advancing towards the heart of Hitler’s Germany - Berlin. The territory of the Third Reich was shrinking and so were its armed forces.

Few could imagine then that in such conditions, on the verge of the final defeat of Nazism, the Wehrmacht would still be able to inflict defeat on the Red Army. And yet, this is exactly what happened. 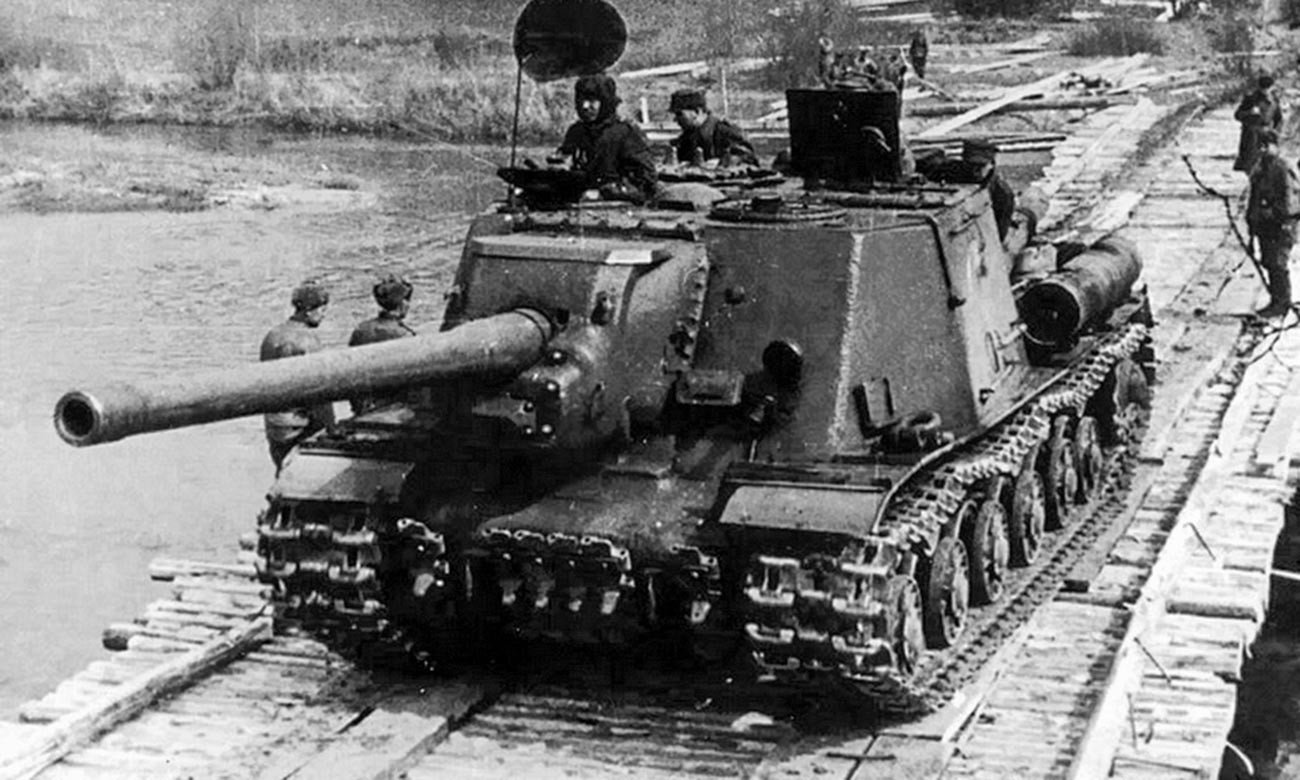 The Germans’ last triumph in World War II took place in Saxony. There, units of the 52nd Army of the Soviet Armed Forces and the Polish Second Army were advancing towards Dresden. The latter, which consisted mainly of Poles, was equipped with Soviet weapons and was subordinate to the Soviet military command.

At first, the offensive launched by the Soviet and Polish troops was quite successful. After crossing the Neisse River on April 16 and breaking through the enemy defenses, three days later, they started an assault on the strategically important city of Bautzen, which the Germans had turned into a mighty stronghold. The remnants of the city garrison and units of the Volkssturm militia had barricaded themselves in the old fortress of Ortenburg. 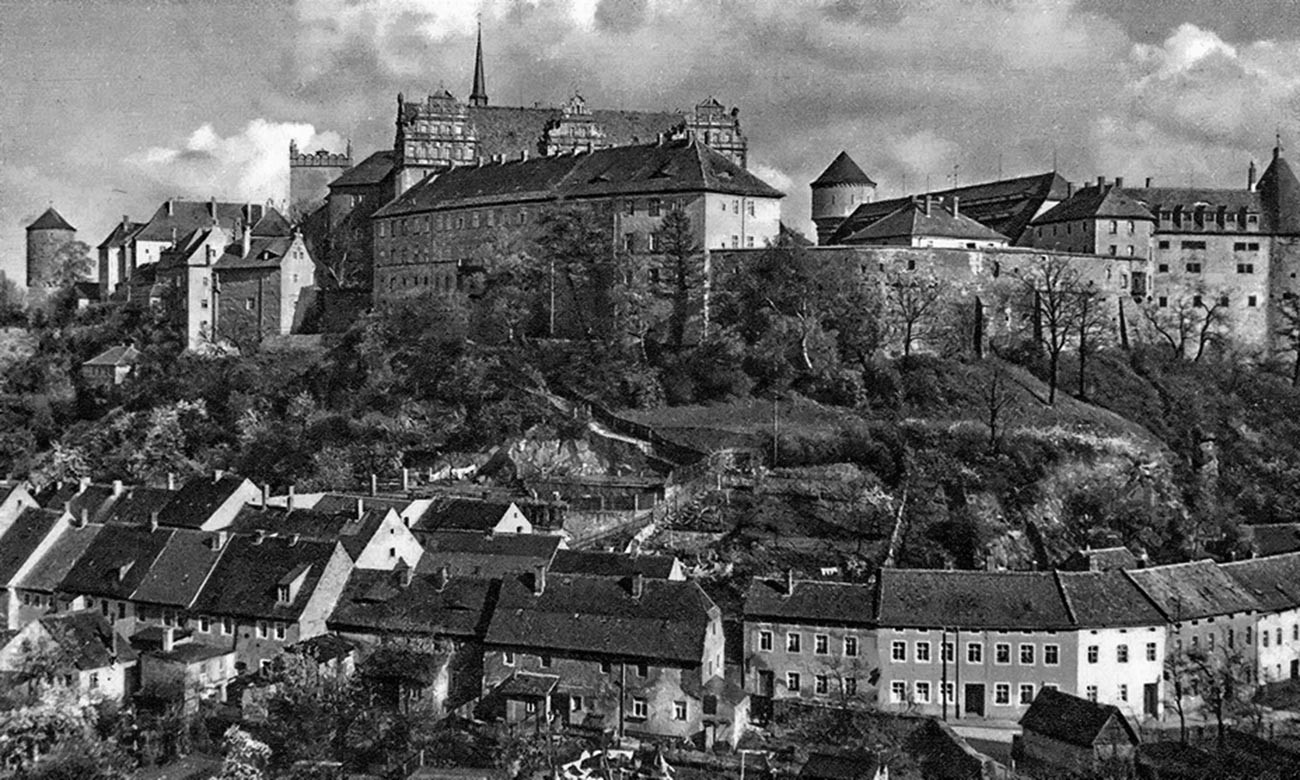 At this time, units of the 1st Armored Corps of the Polish Second Army were approaching Dresden. The army commander, Generał Karol Świerczewski, was obsessed with capturing one of the most important German centers. It was his ambition that Polish soldiers would be the first to enter the city. This ambition, as it turned out, played a fatal role in the defeat that soon followed.

Carried away by a successful breakthrough to the west, the Soviet and Polish troops stretched their lines of communication too far. Their armored units, having left their rear services far behind, were making their way to Dresden. The Germans immediately took advantage of this. 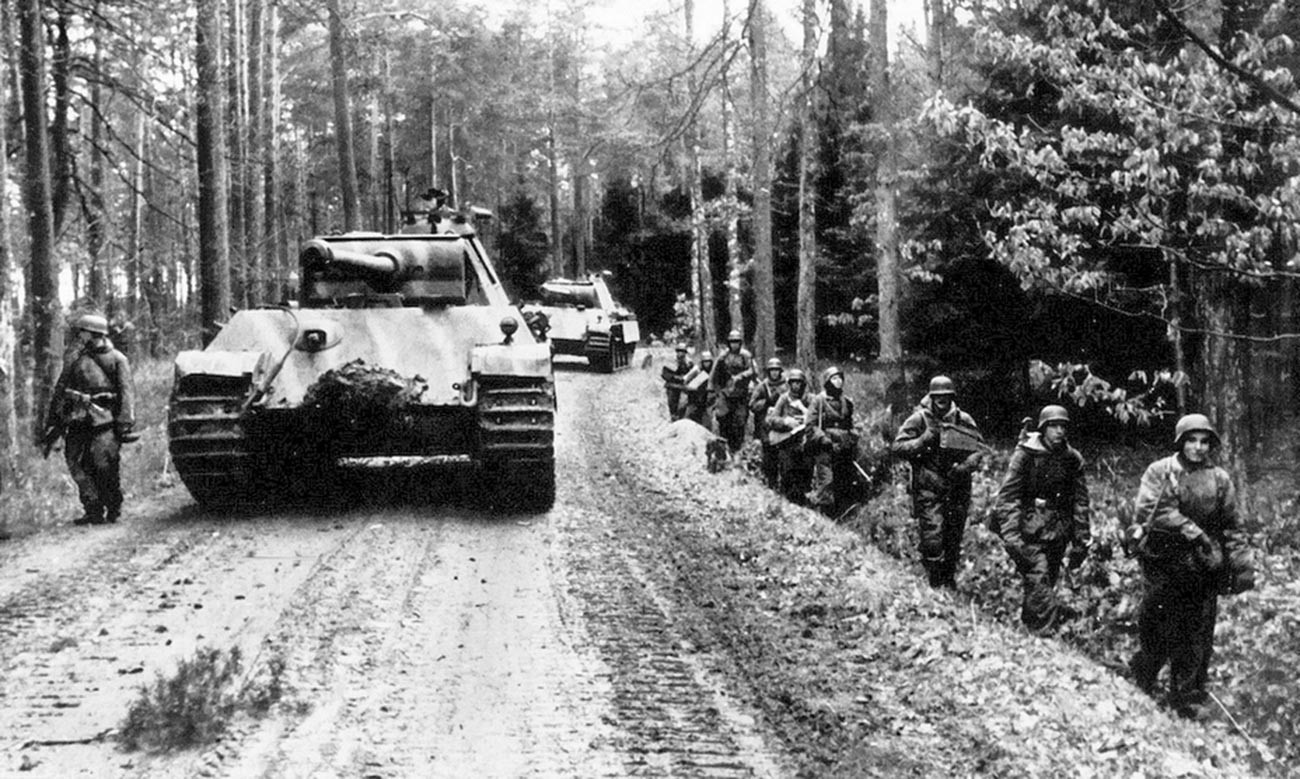 Having concentrated large forces, including the elite 1st Paratroop Panzer Division Hermann Goering, they struck at the flanks of the advancing troops and, by April 21, cut off and surrounded the main forces of the Polish Second Army and several Soviet units.

As the commander of the 1st Ukrainian Front, Marshal Ivan Konev, wrote in his memoirs, “by undertaking a fairly strong flank counterattack, the Nazis hoped to create a crisis on the entire left flank of our troops and affect the course of the operation on the main direction, Berlin.” 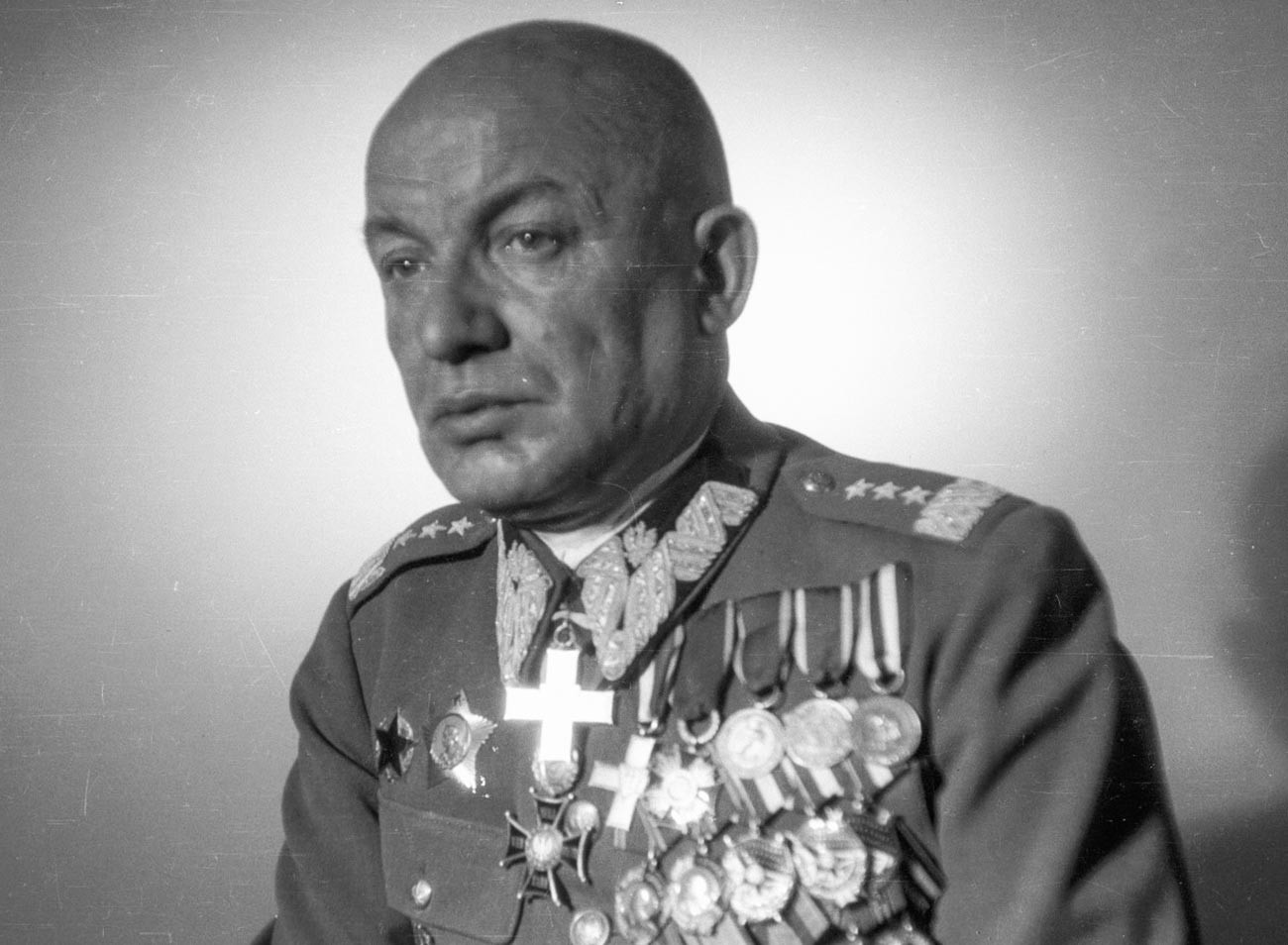 As a result of the German counteroffensive, several Soviet and Polish units were defeated. The situation was further aggravated by the fact that the Luftwaffe was able to achieve temporary air supremacy at this section of the front, as the main forces of Soviet aviation were involved in the battle for Berlin. Konev ordered the surrounded units to jointly patch up their defenses, but this plan failed almost immediately. The Soviet troops found it extremely difficult to interact with their Polish allies.

Świerczewski did not take the situation seriously, believing that the enemy would be repelled soon and without much effort. The Polish 1st Armored Corps continued its offensive on Dresden. It was only at noon on April 22 that the general realized the full scale of the impending disaster and gave the order to the tanks to turn back towards Bautzen. The hardware that arrived at the scene by the evening of the same day went straight into battle, but to no avail. 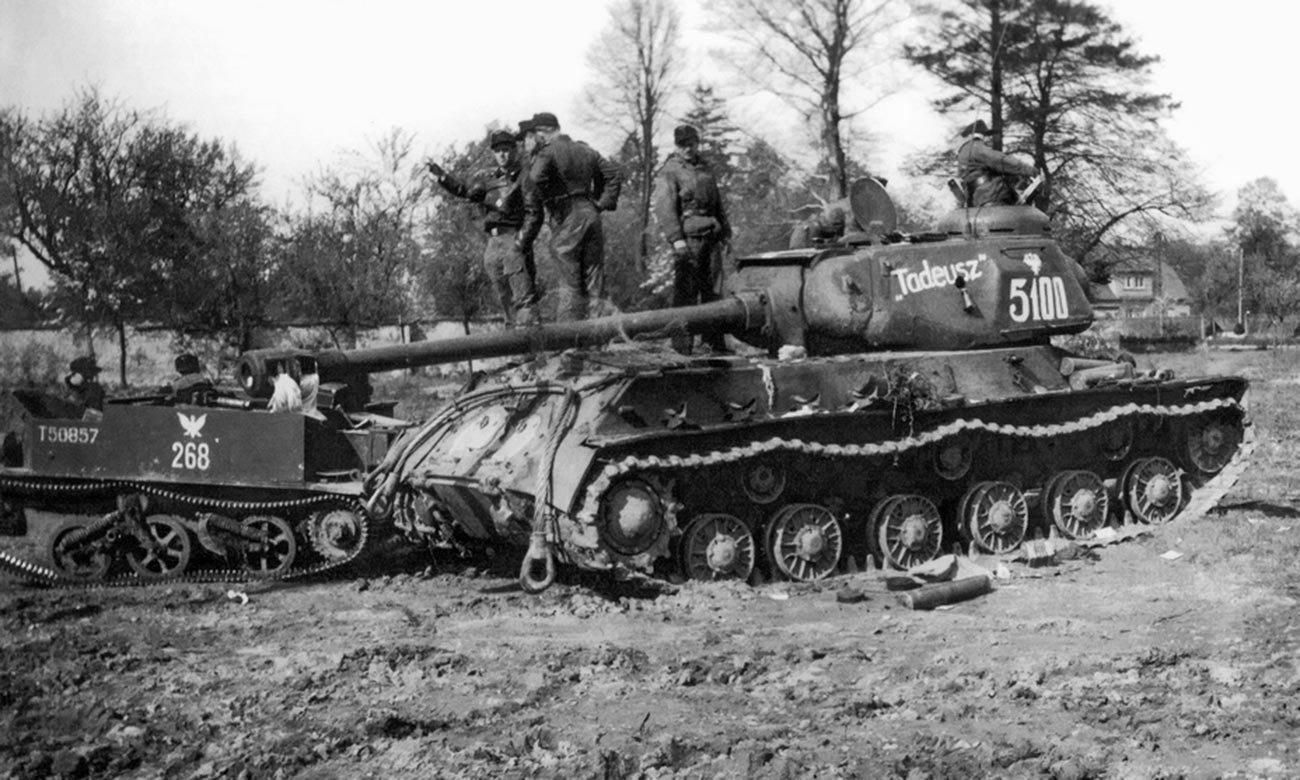 Polish IS-2 captured by Germans.

Due to the miscalculations of their command, the Polish troops descended into chaos and panic. Artillery units, having found themselves without the support of the infantry, desperately tried to stop the advance of the Germans and suffered heavy losses. Disoriented units lost contact with the headquarters and were urgently reassigned to the command of the 52nd Army.

Even in this disastrous situation, the Polish Second Army continued to advance on Dresden with three infantry divisions. On April 24, Marshal Konev had to personally intervene to stop its advance to the west. One of the Polish officers later did not mince words commenting on the actions of his commander: “Świerczewski must have been drunk when he was in command.” 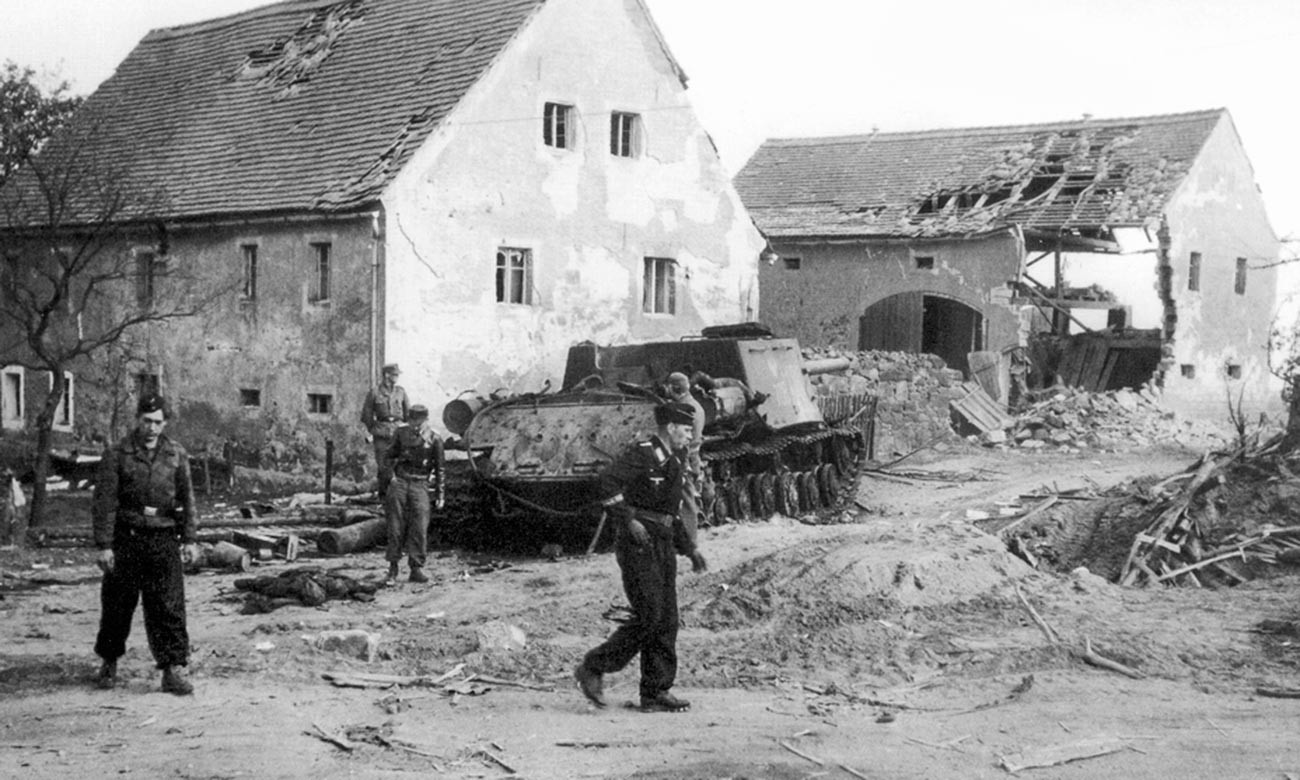 The Soviet and Polish troops fought long and hard to break out from their encircled positions. When units of the 7th Guards Armored Corps tried to break through from the town of Weissenberg, only a third of their servicemen survived. General Vladimir Maksimov, who commanded the breakout, was seriously wounded and taken prisoner and soon died in captivity.

On April 26, the only unit that remained near Dresden – the Polish 9th Infantry Division – was ordered to retreat. On its way back, it ran into an ambush and suffered huge losses. On the same day, soldiers of the Hermann Goering Division drove the remaining Soviet troops out of Bautzen. 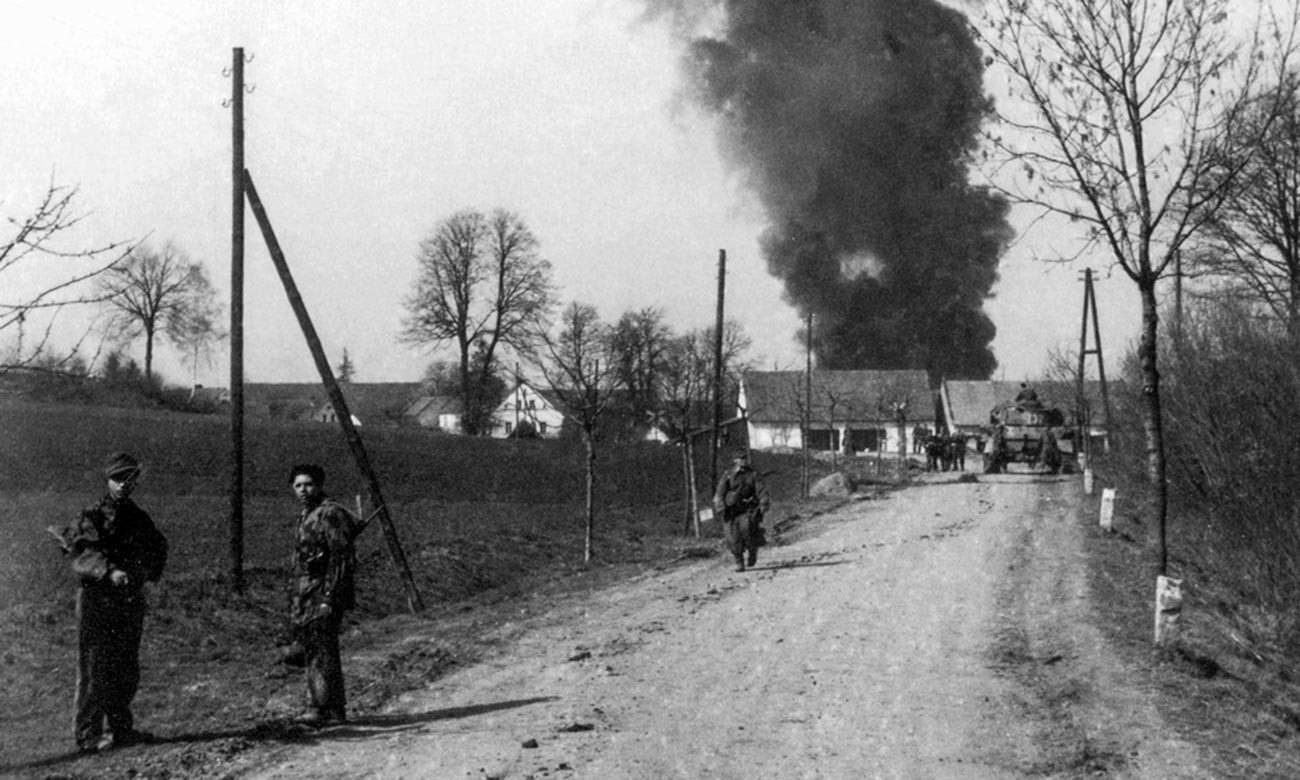 The Germans tried to build on their success and once again began to move east, but were stopped by the Soviet 5th Guards Army, which had just joined in the fighting. Despite the local success, the Germans were unable to achieve their main goal - to strike at the flank of the Red Army that was advancing on Berlin.

The Polish Second Army lost over 18,000, or one-fifth, of its soldiers, killed, wounded or missing in action. The losses of the Soviet and German troops remain unknown.

Świerczewski’s dream of capturing Dresden remained unfulfilled. The city fell into the hands of the Red Army only on May 8, after Germany had already surrendered.