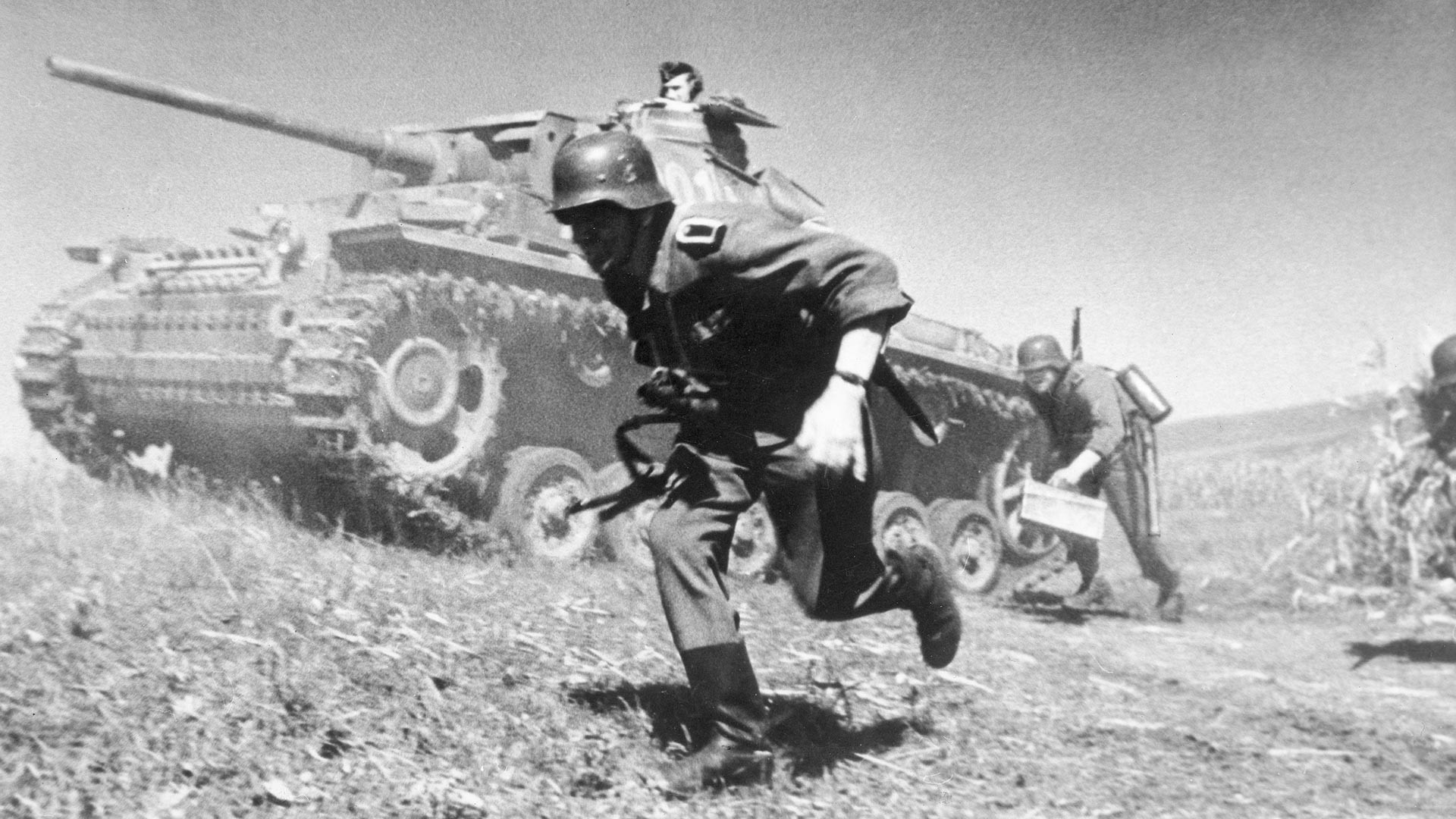 Getty Images
Despite Soviet troops in the spring of 1945 being just a few dozen miles from Berlin, Hitler decided to concentrate his main strike force somewhere else entirely.

On the morning of March 6, 1945, after a massive artillery bombardment, an avalanche of German tanks and infantry came crashing down on the Soviet positions in the region of Lakes Balaton and Velence and the Drava River in Hungary. This was the start of Operation Spring Awakening, which turned out to be the last major German offensive of WWII. 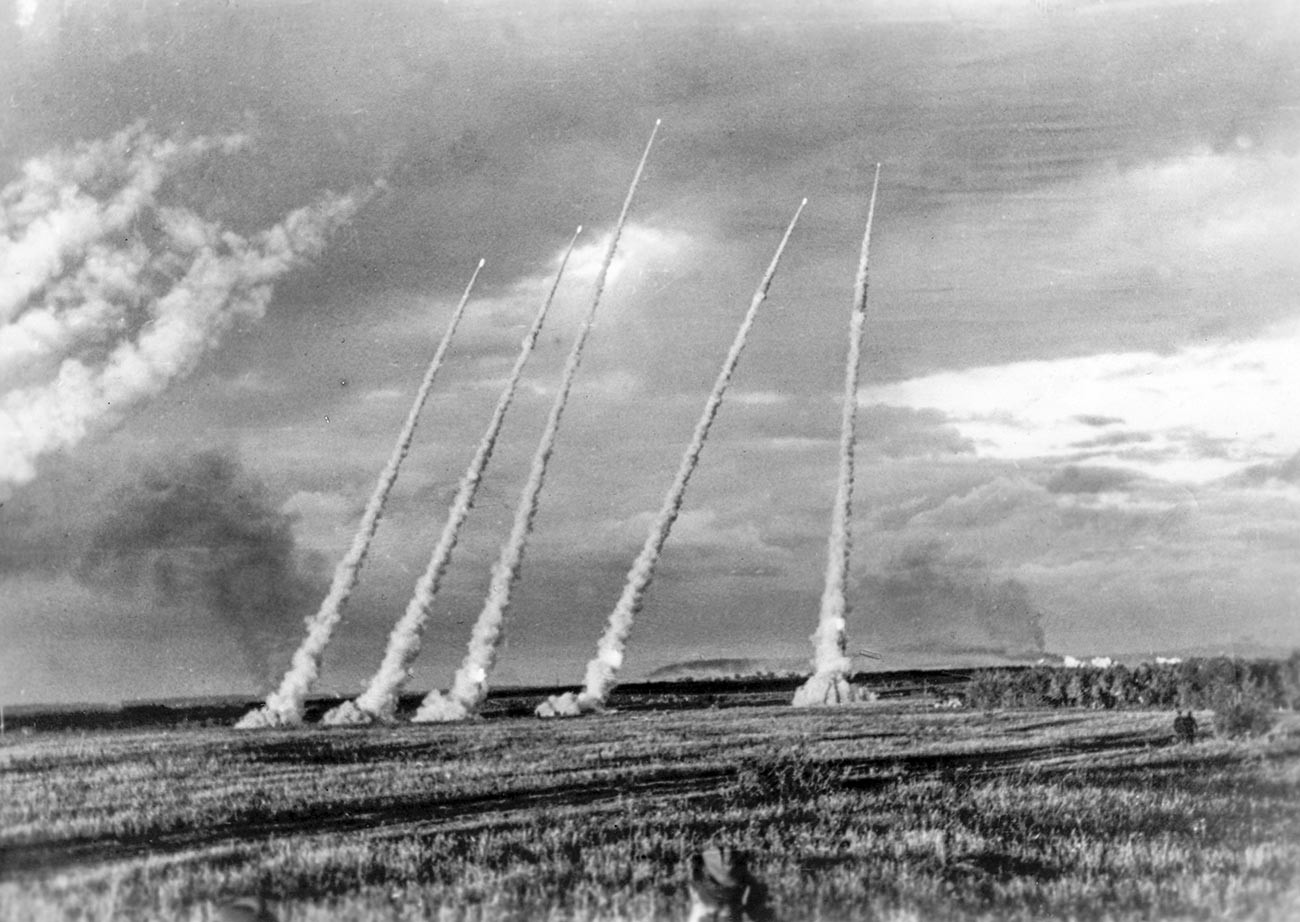 By the spring of 1945, the situation for Germany on the Eastern Front was close to catastrophic: the Red Army was on the approach to Berlin, just 70 km from the city. While the Soviet troops were taking a breather in preparation for a decisive offensive on the capital of the Third Reich, the Germans themselves went on the charge, and much further south too — in Hungary. Their objective was to push the wrong-footed enemy across the Danube River and secure their last major oil fields in western Hungary and Austria. Losing them would make it impossible for the Nazis to continue the war. 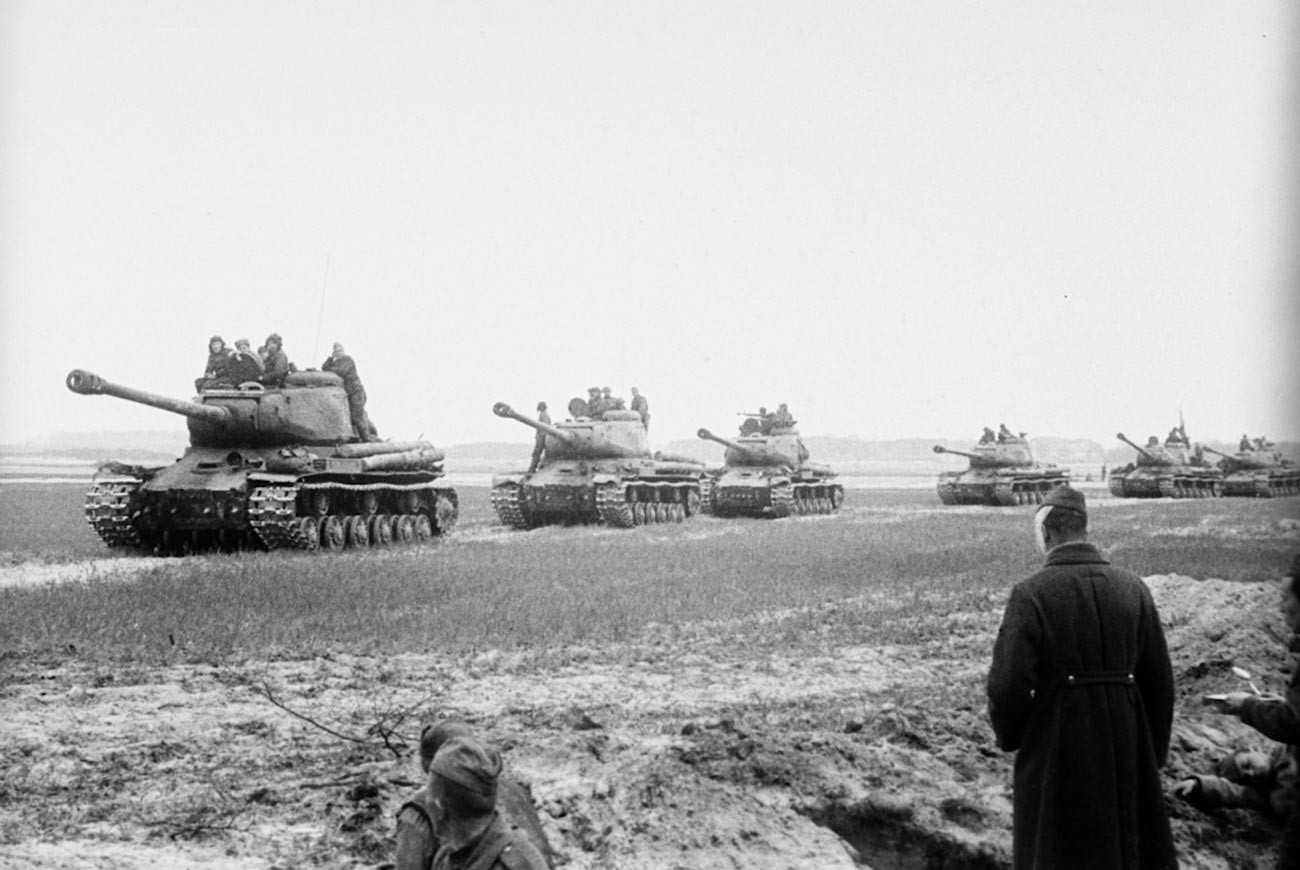 Operation Spring Awakening involved a significant force of 430,000 personnel, more than 800 tanks and self-propelled guns, 6,000 pieces of heavy ordnance and mortars, and over 800 aircraft. The 6th SS Panzer Army under Colonel-General Josef “Sepp” Dietrich was to serve as the main battering ram, having been specially redeployed from the Western Front. 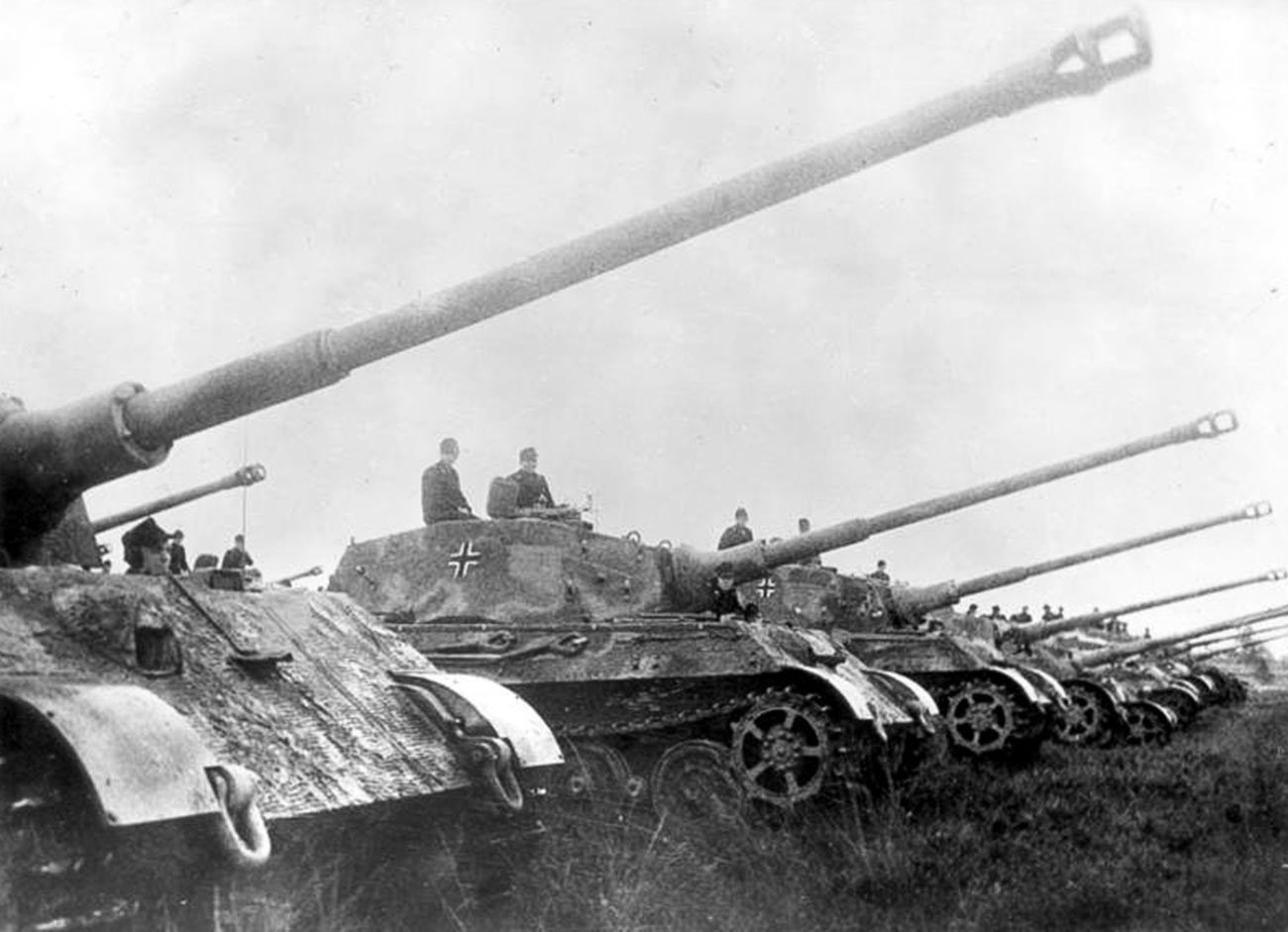 The Germans in Hungary were opposed by the forces of the 3rd Ukrainian Front, numbering over 400,000 personnel (including allied Bulgarian and Yugoslavian units), with 6,800 field guns and 700 aircraft. The lack of tanks was a serious problem. Bled dry by the winter battles for Budapest, the Soviet troops had only about 400 at their disposal. 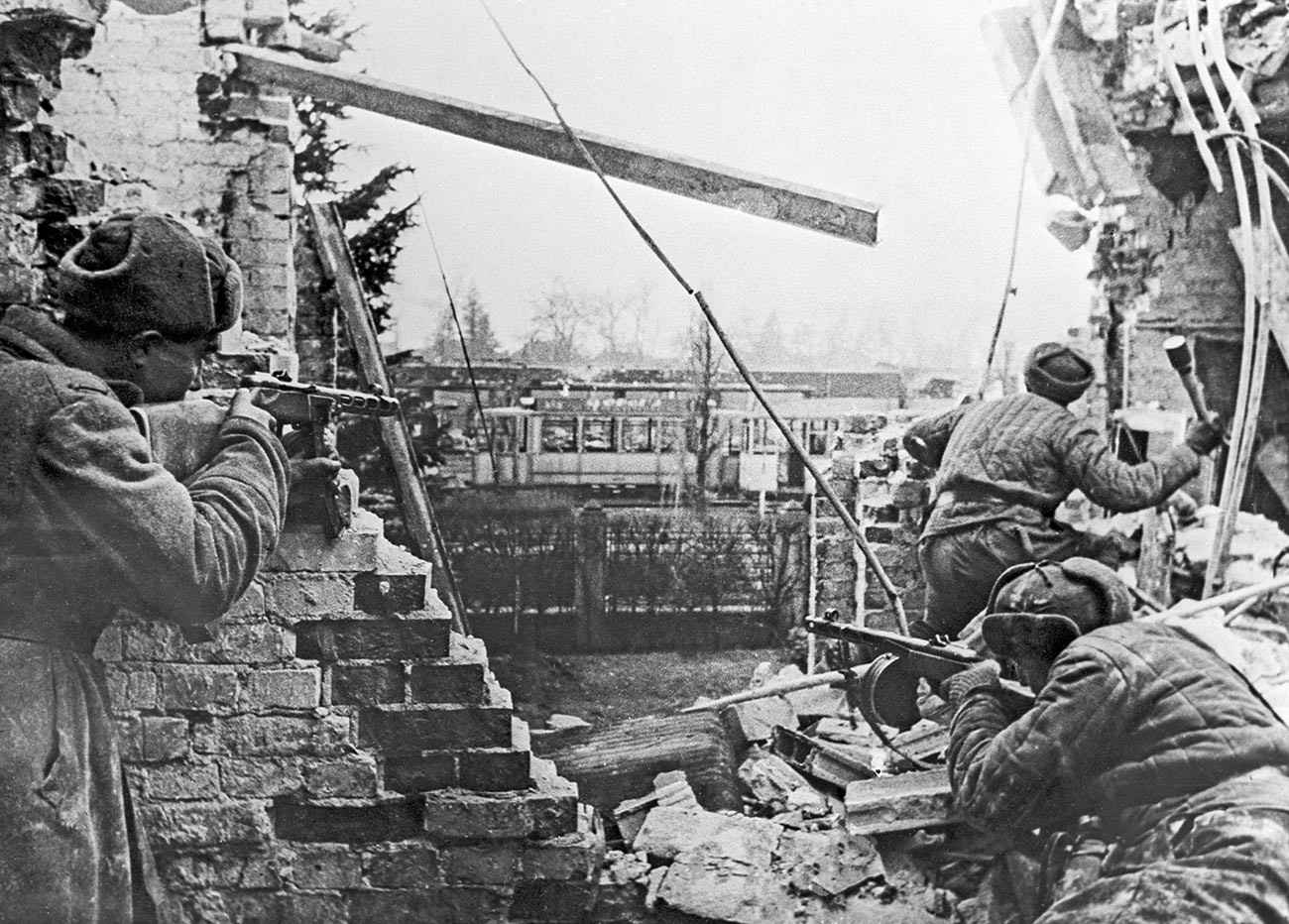 Although the planning of Operation Spring Awakening was kept in strict secrecy, the Red Army command, thanks to reconnaissance, knew about it in advance and adopted a defense-in-depth strategy. The German offensive was expected no later than mid-March, only the direction of the main strikes remained unknown. 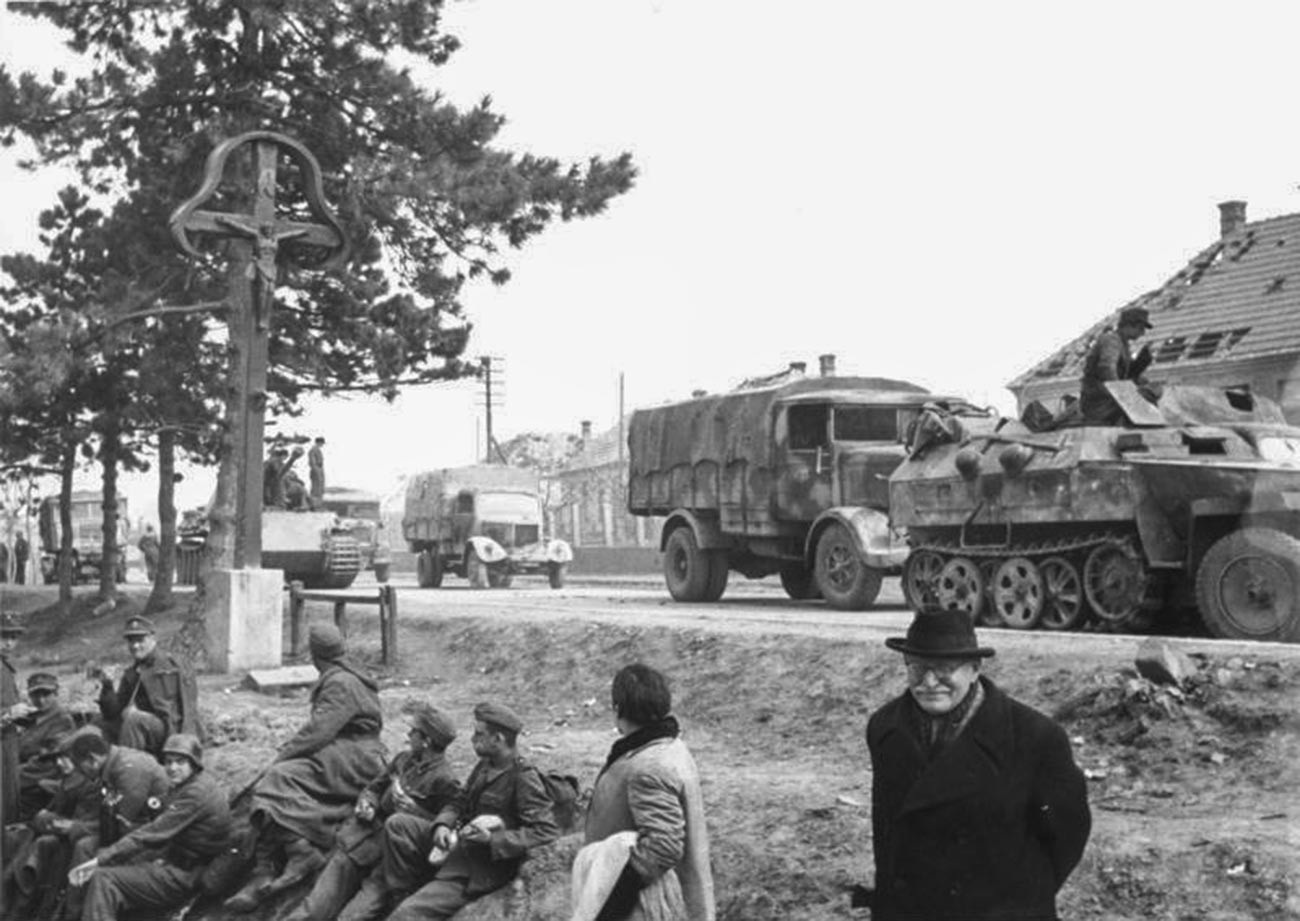 March 6 saw a series of blood-soaked battles from the banks of the Drava River, defended by the Bulgarian and Yugoslav units, to the area between Lakes Balaton and Velence, where the 6th SS Panzer Army delivered its main blow. “At Balaton, our regiment suffered colossal losses,” recalled Lieutenant Eduard Melikov of the 877th Artillery Regiment. “Two hundred German tanks all at once rolled towards our division, our howitzers were firing point-blank... The fighting was ferocious. In the entire war, the regiment didn’t lose as many men as it did in Hungary.” 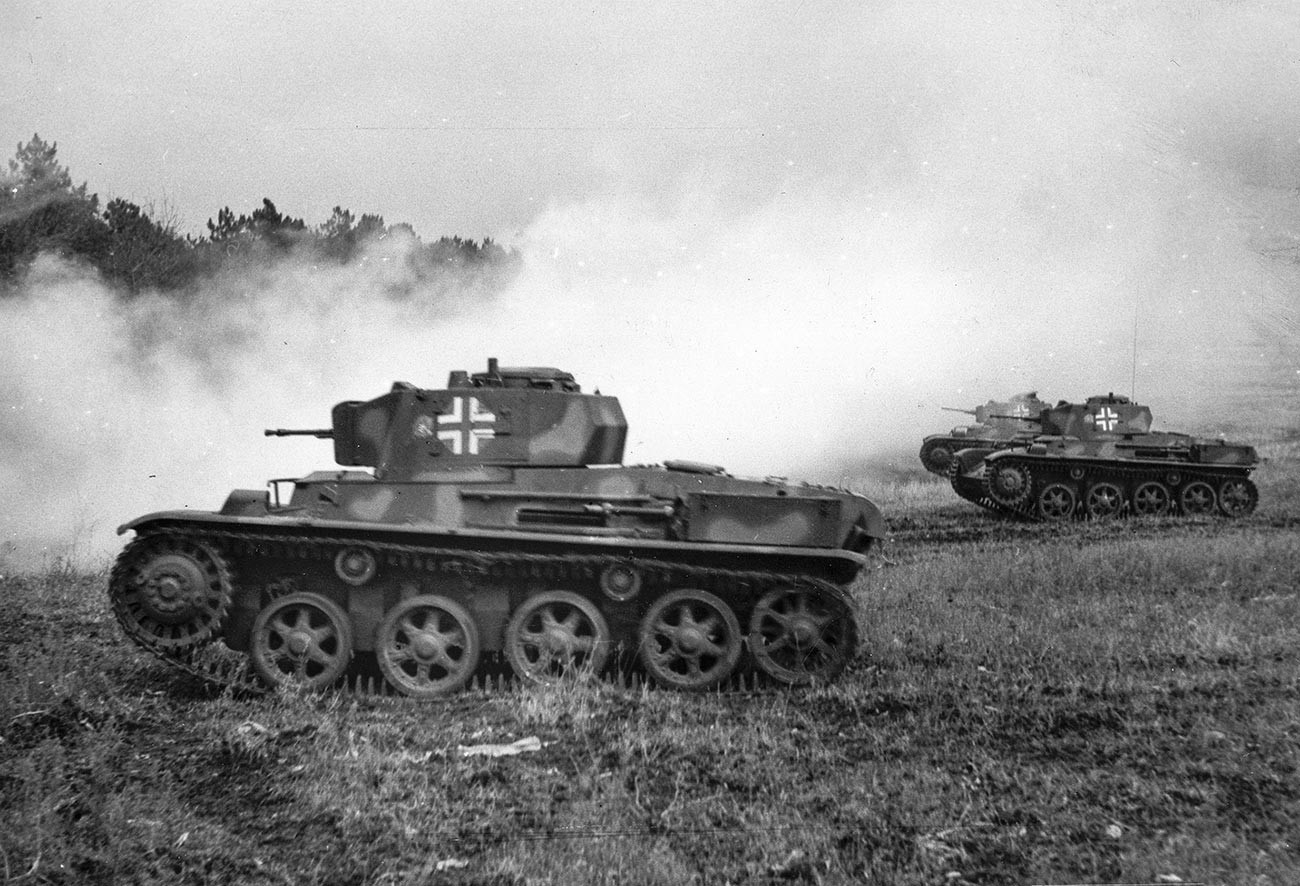 A crucial role in the German defeat was played by anti-tank artillery. Often the artillery units continued to fight on heroically, even without cover from the scattered and retreating infantry. Having lost their field guns, they sometimes acted as infantry themselves. Ambush tactics were widely used, whereby well-camouflaged Soviet self-propelled guns and tanks would fire at the German armored columns from close range. 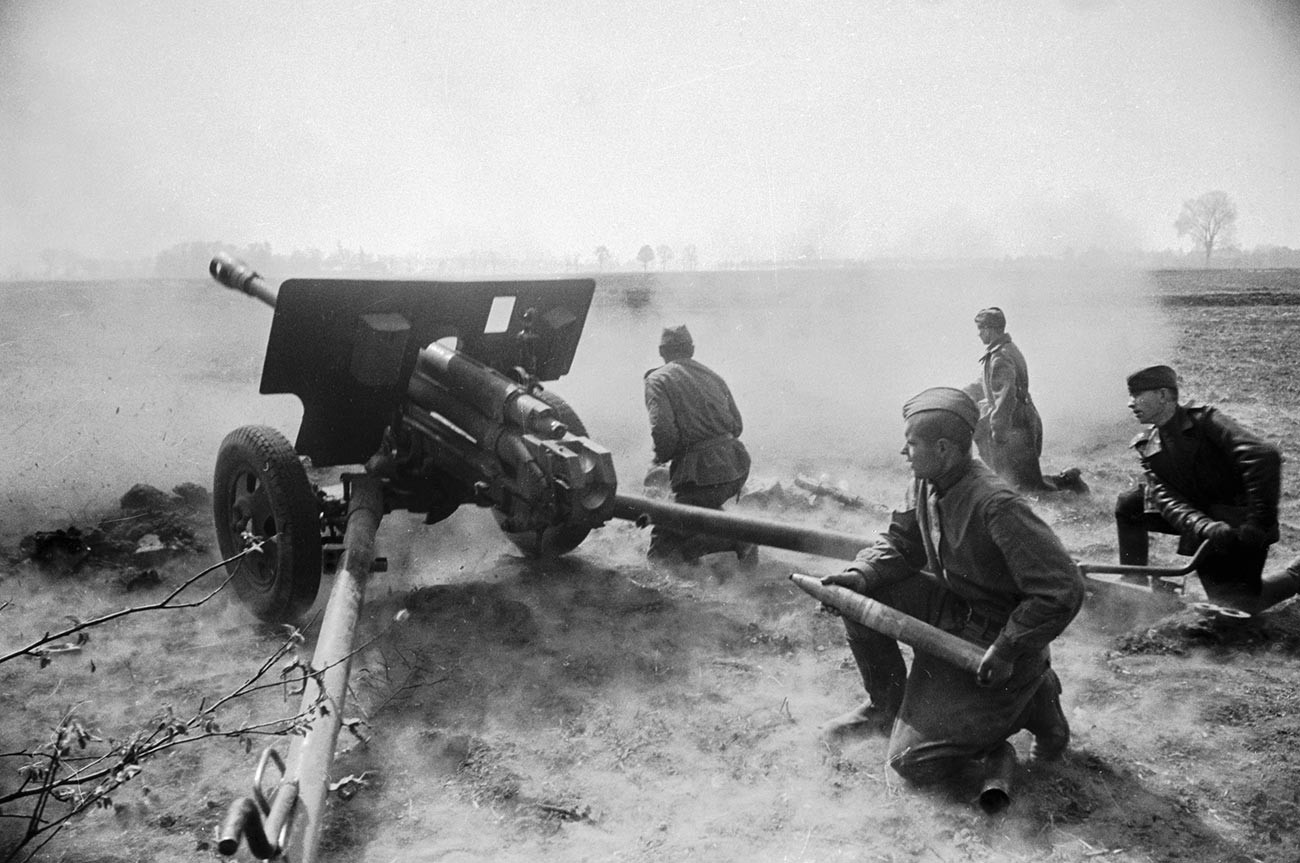 On the evening of March 6, the commander of Army Group South, General Otto Weller, reported to the chief of the General Staff of the Ground Forces, Heinz Guderian: “The tanks can hardly move over the terrain due to heavy mud, and all roads are blocked by minefields and enemy artillery. The infantry units were unable to achieve a quick breakthrough, and the fierce fighting consumed vast quantities of ammunition, leaving the soldiers short. The enemy was clearly expecting, and had prepared for, our offensive, although it did not know exactly when or where the main strikes would occur.” 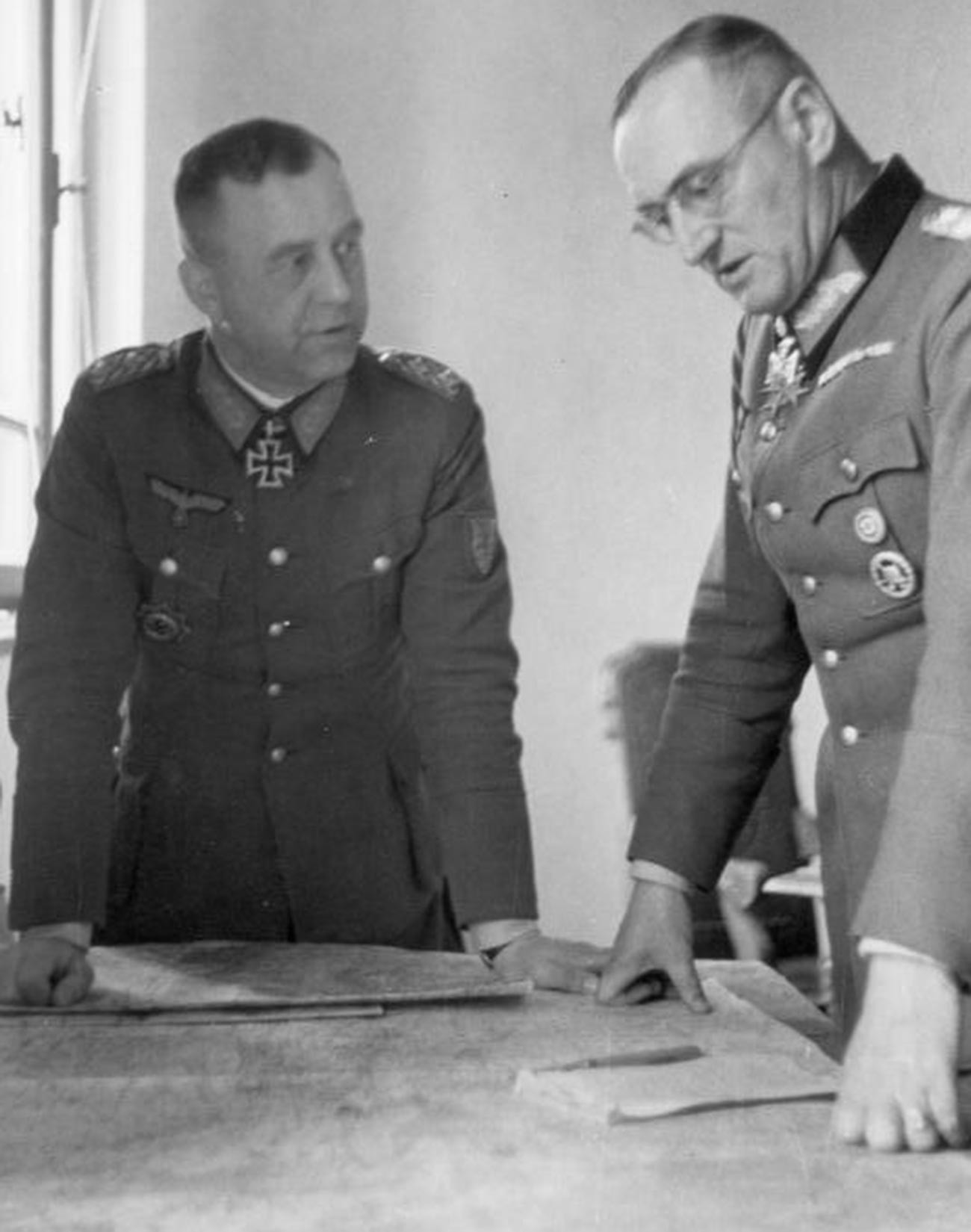 After several days of intense battles, the German troops, suffering heavy losses, managed all the same to break through two lines of the Soviet defenses. The commander of the 3rd Ukrainian Front, Marshal Fyodor Tolbukhin, appealed to the Soviet General Headquarters to allow him to deploy the 9th Guards Army in reserve. His request was turned down (the army was being saved for an offensive on Austria), and he was ordered to make do with the available forces. 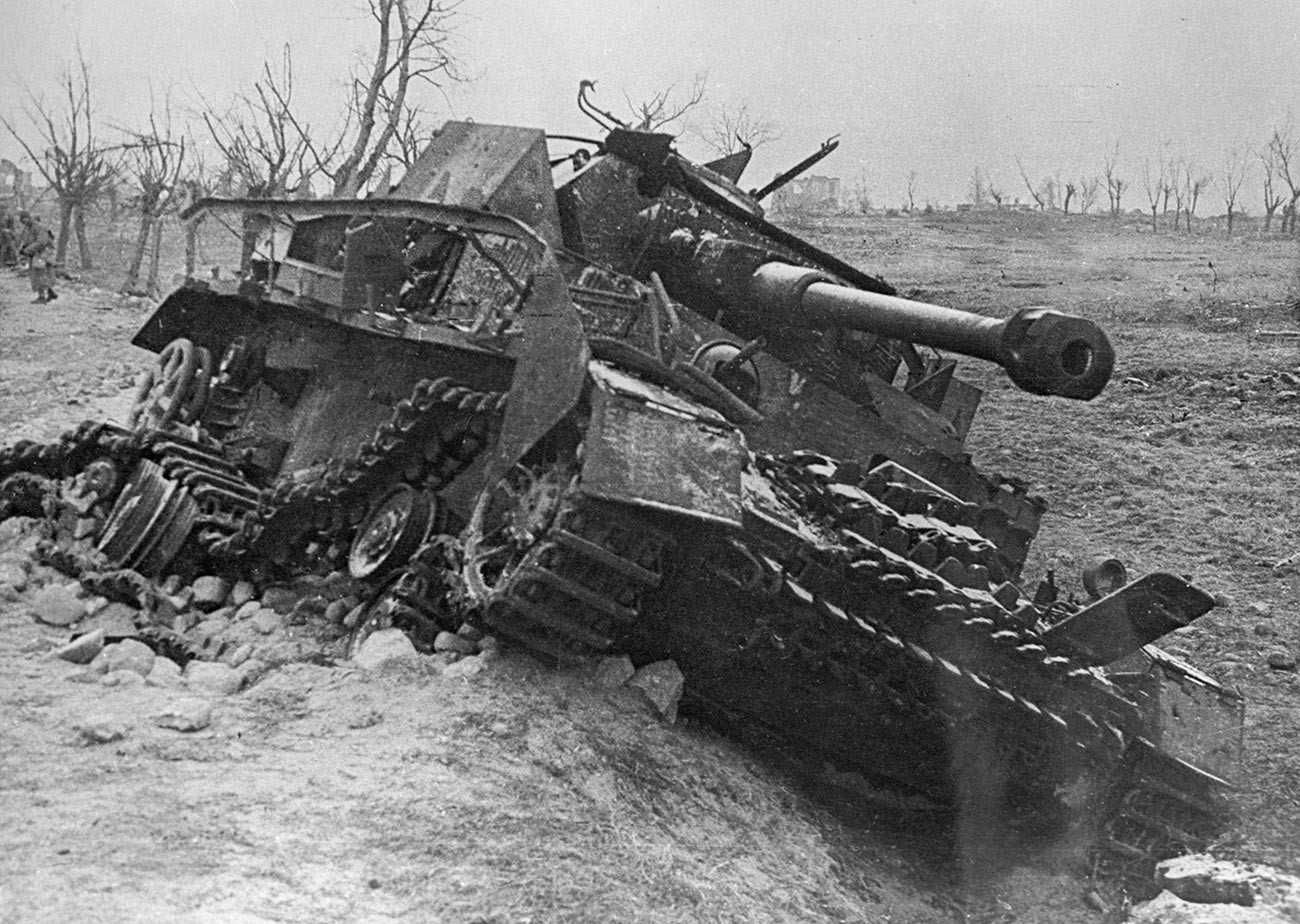 Despite some localized success, the German offensive ran out of steam. Unable to drive no more than 30 km deep into the Soviet positions, by March 15 it had gone on the defensive. “All chances for major success have evaporated,” Heinz Guderian wrote in his memoirs: “The hitherto high combat morale of the SS divisions was now lost. Under the cover of the stubbornly resistant tank crews, entire formations retreated against orders. It was no longer possible to rely on these divisions. Hitler’s patience snapped. He flew into a terrible rage, ordering that the insignia be torn off the soldiers’ sleeves.” 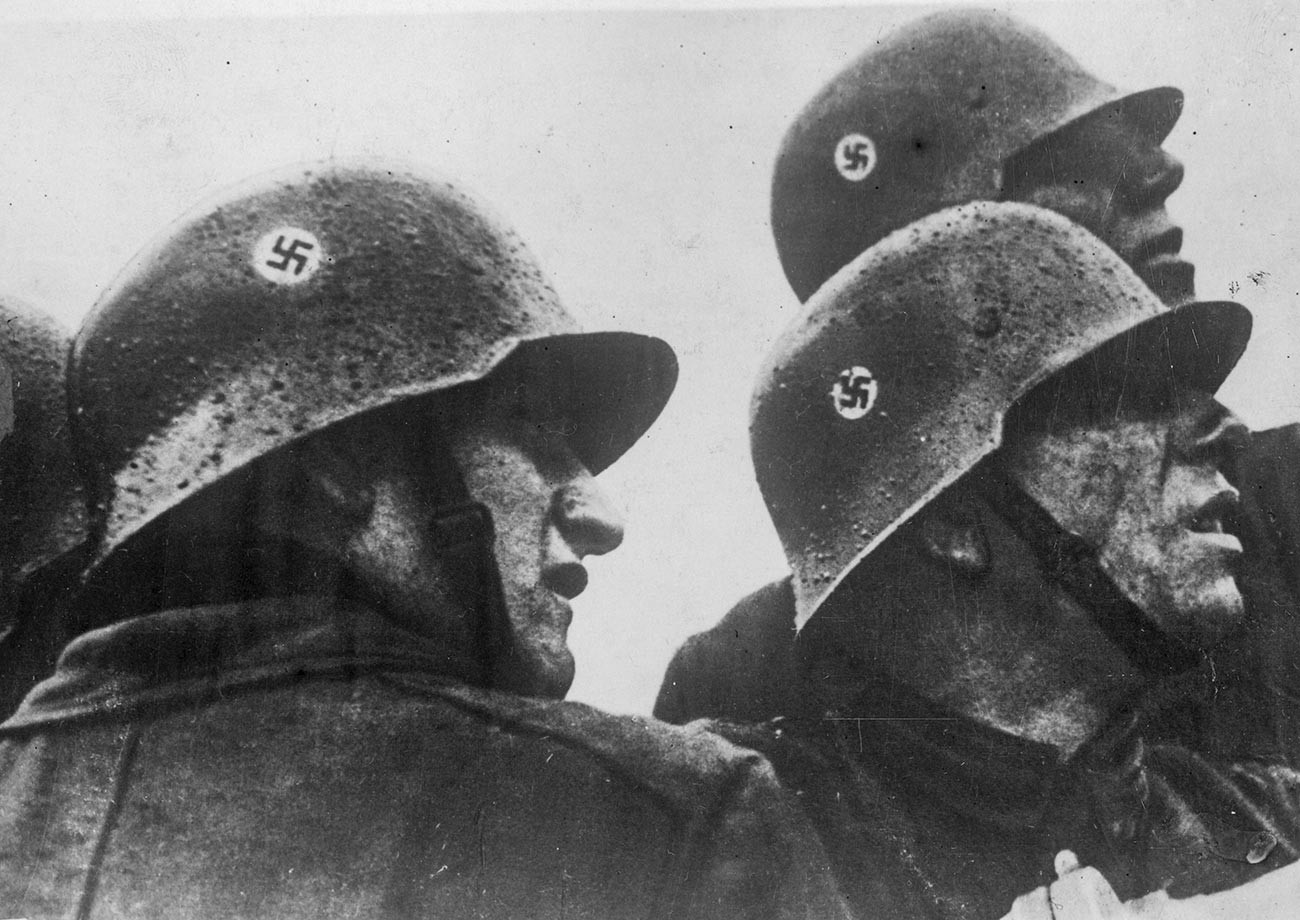 Having lost over 250 tanks and self-propelled guns in the carnage around Lake Balaton, the 6th SS Panzer Army ceased to be a significant fighting force. As early as March 16, the very next day after the end of Operation Spring Awakening, the Red Army launched its Vienna offensive, and soon the whole of Hungary was cleared of German troops. 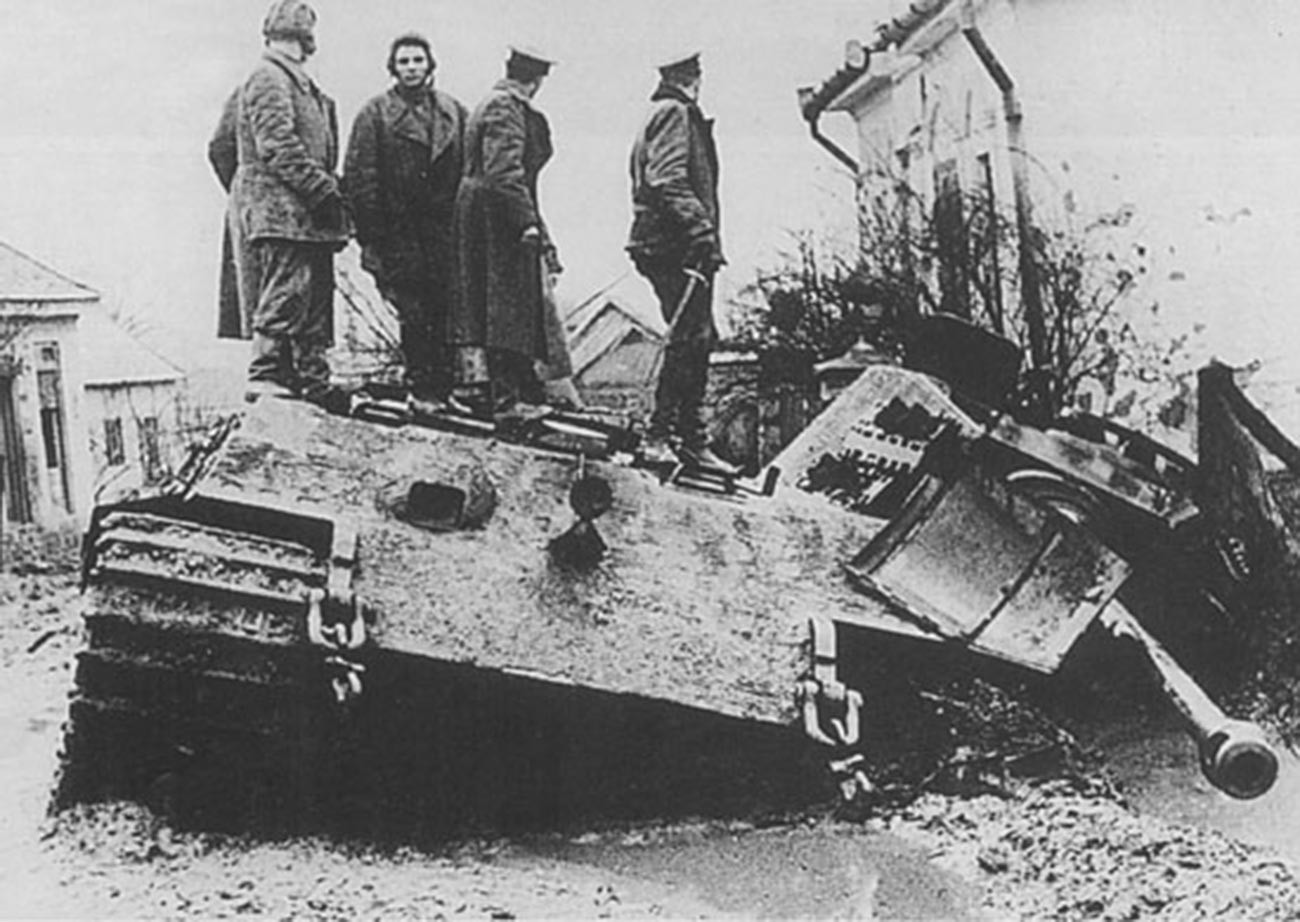