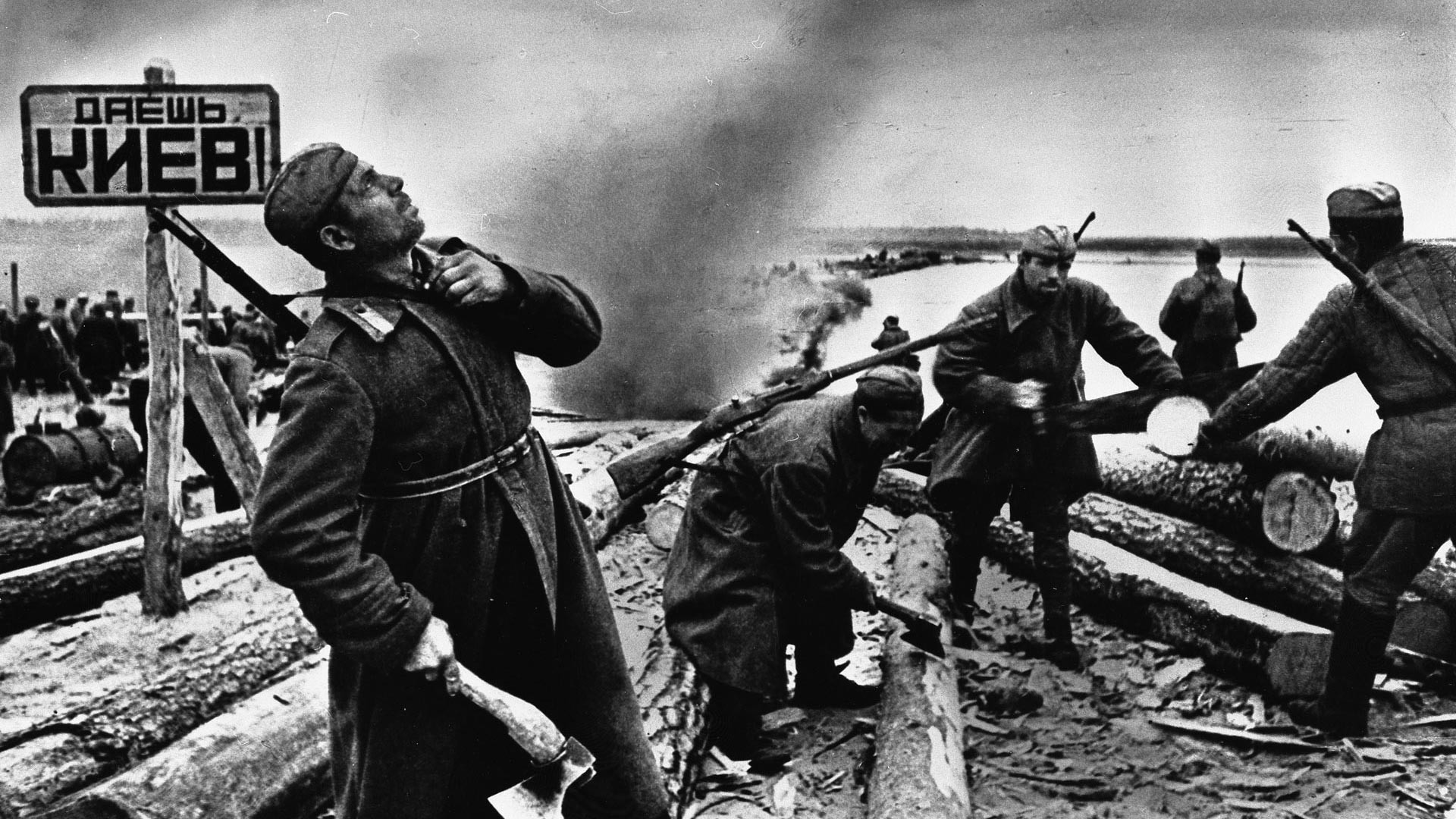 Public Domain
By creating an impregnable line of defense on the Dnieper in the summer of 1943, the Nazis planned to stop the advance of the Red Army, correct the mistakes of Stalingrad and Kursk, and once again turn the tide of the war in their favor.

After the defeat in the Battle of Kursk in the summer of 1943, the Wehrmacht lost its lead in the war altogether and began to rapidly retreat back to the west. Already on August 11, when the Battle of Kursk was still under way, the German high command gave the order to build a line of defensive fortifications from the Baltic to the Azov Sea, the so-called East Wall, which, in Hitler’s words, was intended to “protect Europe from Bolshevism”. 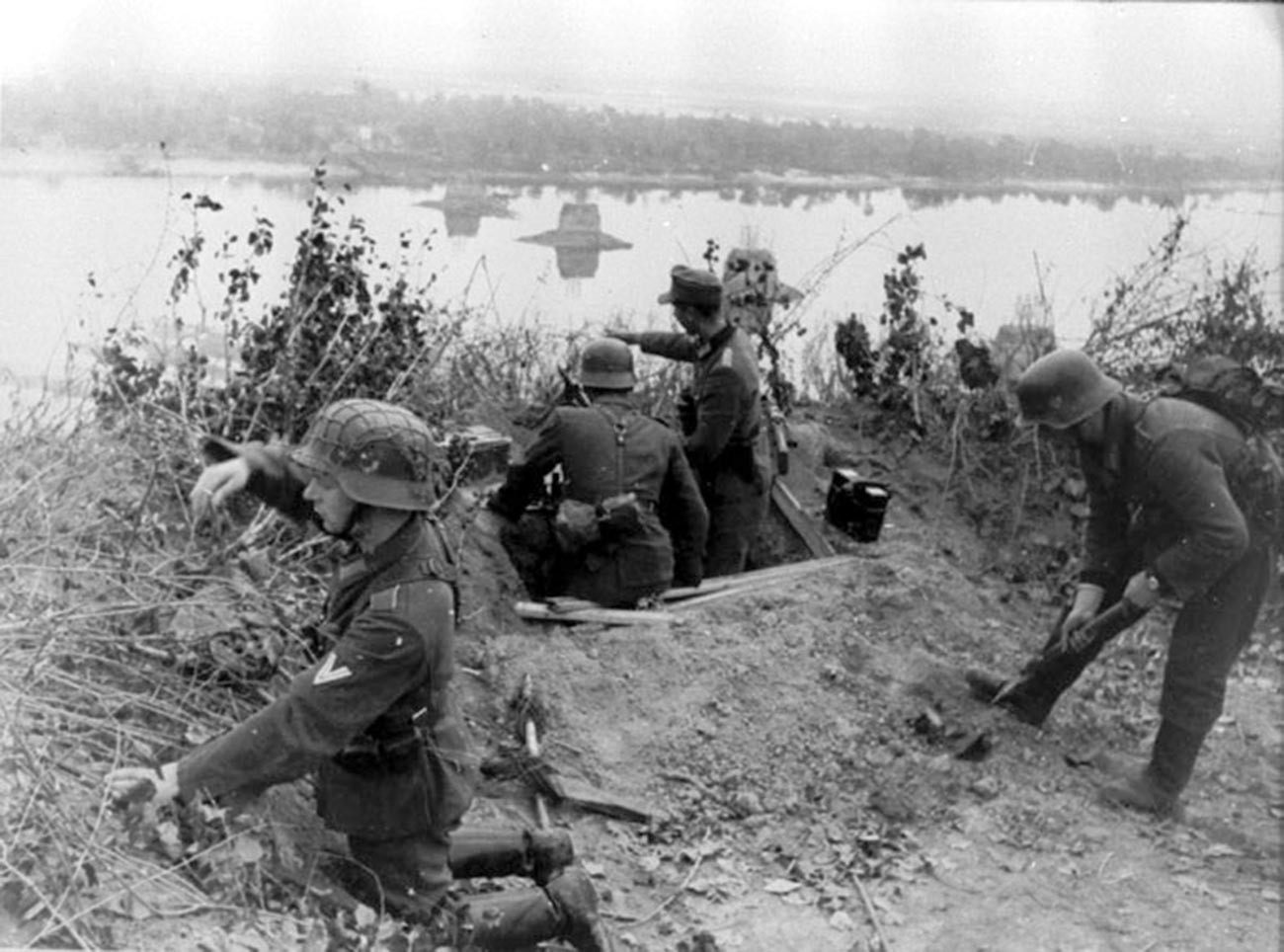 One of the main rivers of the Soviet Union, the wide (in some places up to 18 km wide) and rapid Dnieper, was a key element of the East Wall. Had the Germans managed to gain a foothold on its western (right) bank, they would have stood a good chance of stopping the accelerating offensive of the Red Army, which, stuck in front of this impregnable water barrier, would have suffered colossal losses in endless attempts to cross it. However, the Soviet military command was well aware of this. Without resting on its laurels after the Kursk triumph, it ordered Red Army units to advance to the Dnieper as quickly as possible. 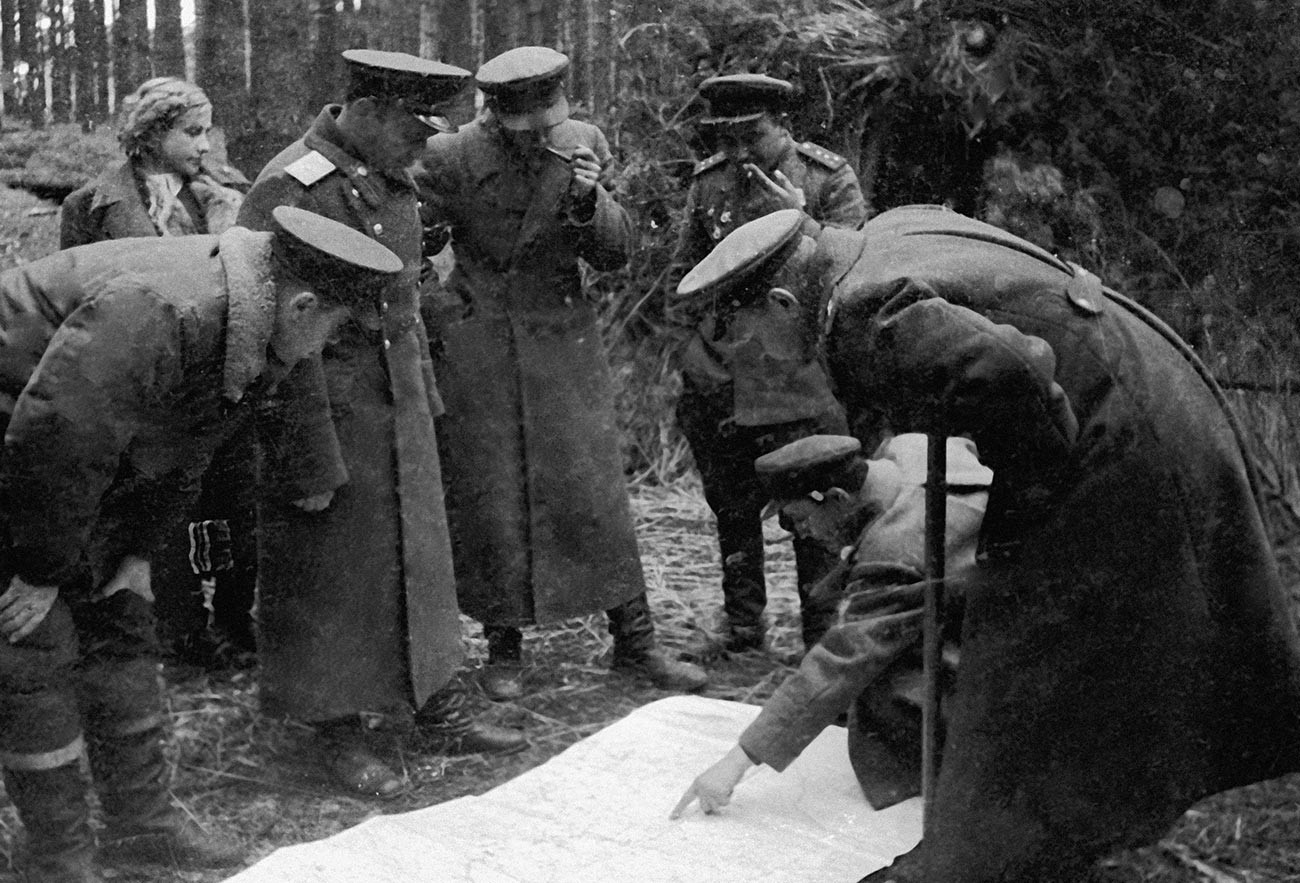 On August 26, just three days after the end of the Battle of Kursk, the Soviet troops launched a large-scale offensive along a 750-km frontline from Smolensk to Azov. They sought to get to the river almost on the Germans’ shoulders, as it were, or at least prevent the Germans from creating strong defensive positions on its banks. The Battle of the Dnieper, which took place from August to December 1943, involved up to four million soldiers on both sides, making it one of the largest battles not only of World War II, but in the entire history of humankind. 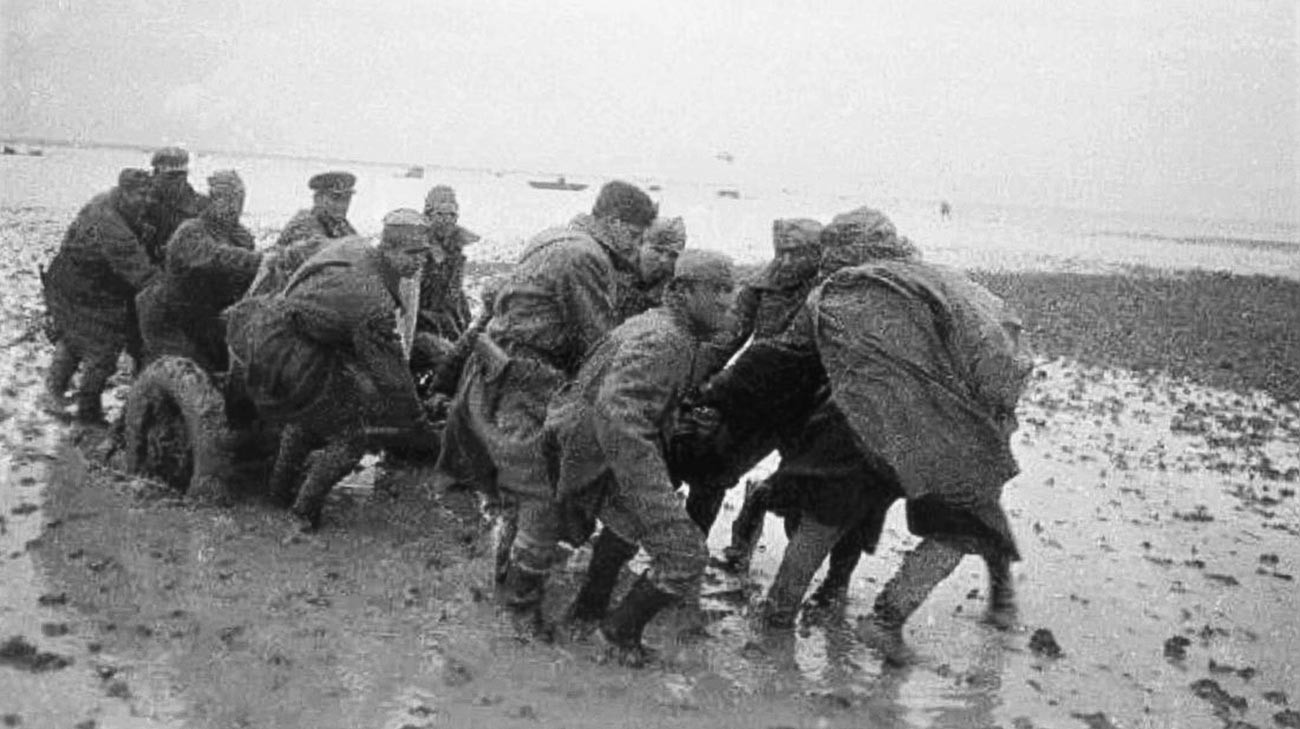 “We’re on the other side! The western bank means security, a border that firmly separates us from the Russians. Official reports stated that the German troops would hold the Dnieper. And that in the spring we would push the Russians across the Volga [River],” recalled Guy Sajer, a private in the elite Greater Germany division. The Germans hastily evacuated everything they could across the river and forcibly took the local population with them. Thus, the German industry would get a new workforce and the Red Army would not be able to replenish its ranks with recruits from the liberated territories. 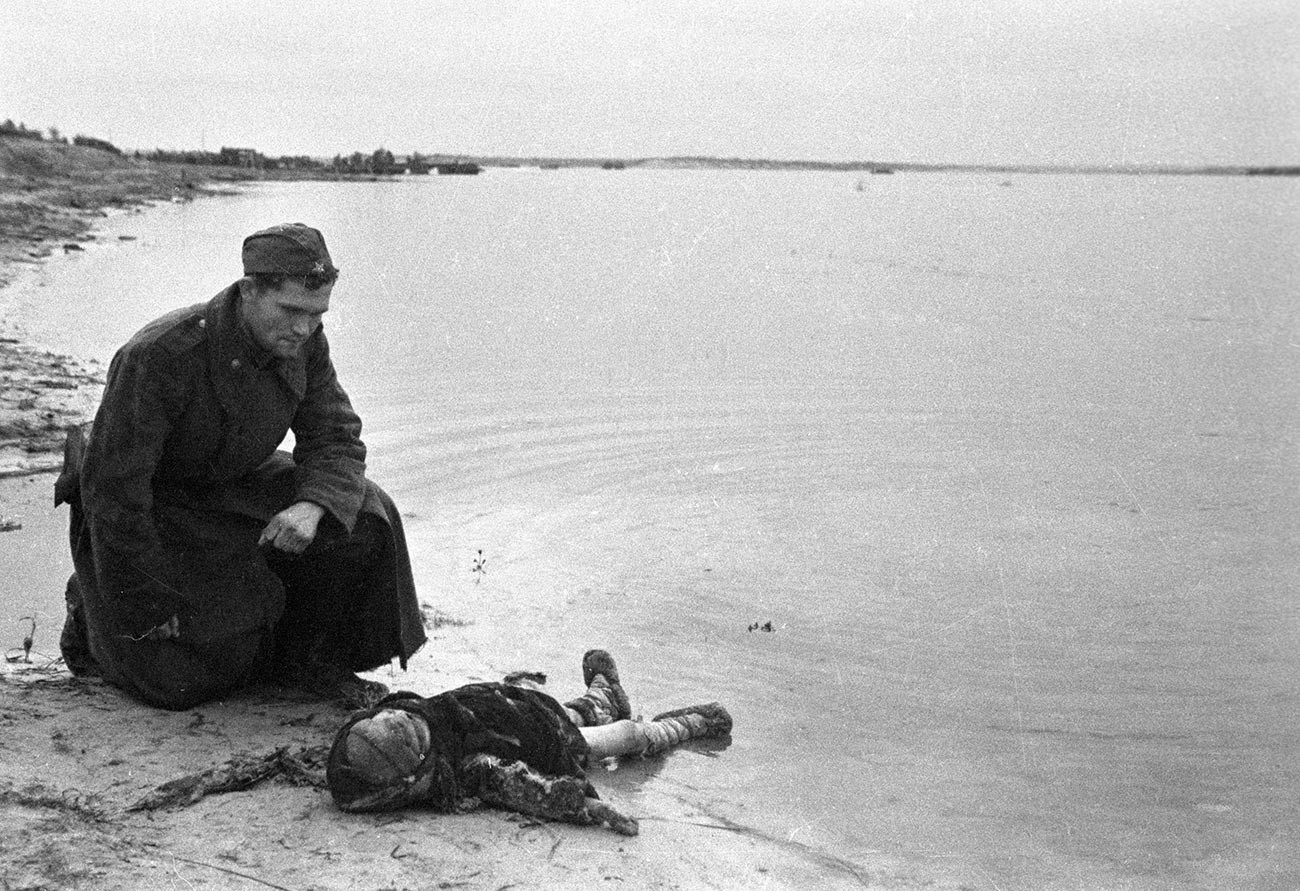 To ensure the success of its offensive, the Soviet command decided to involve paratroopers in the battle. However, the poorly planned Dnieper airborne assault, which began on September 24, was so unsuccessful that no further large-scale landing operations were undertaken until the end of the war. Instead of landing behind the enemy line, more than 4,000 paratroopers were dropped right into the German positions. The scattered detachments, having lost contact with each other, did not have a clear plan of action and, suffering heavy losses, headed west to join the partisans. Due to the pilots’ errors, some units were dropped directly into the Dnieper and drowned. 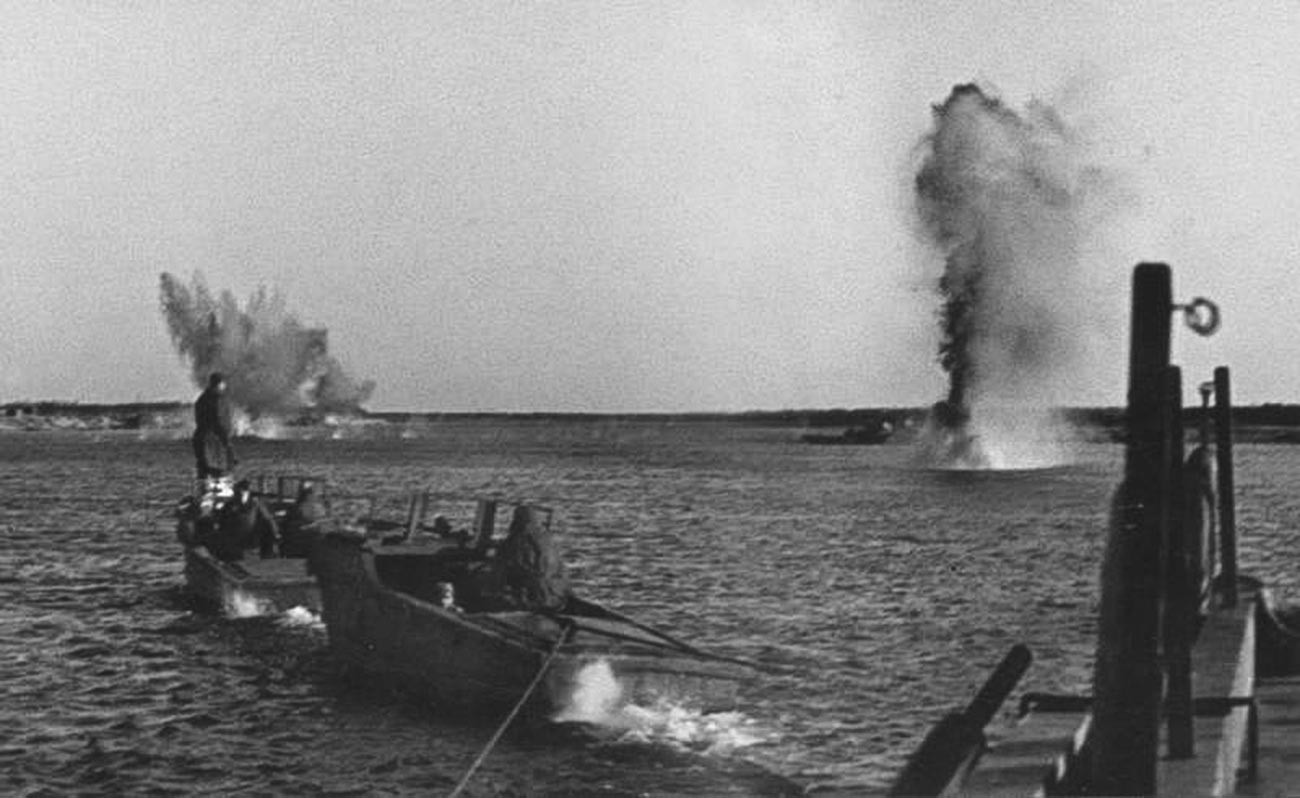 “There were six divisions concentrated there and two tank corps. And we were dropped on their positions... We went into battle straight from the sky, and died in the sky... Everything was on fire there, night turned into day... The whole brigade should have landed within a radius of 7-10 km, but the pilots scattered us across 100 km, from Rzhyshchiv to Cherkassy ... And, instead of acting as a brigade, we had to operate in small detachments that were easy to destroy,” recalled junior sergeant in the 3rd Guards Airborne Brigade Pyotr Nezhivenko. Over 3,000 paratroopers were killed in the fighting. Nevertheless, they managed to divert part of the German forces to themselves, which contributed to the overall success in the Battle for the Dnieper. 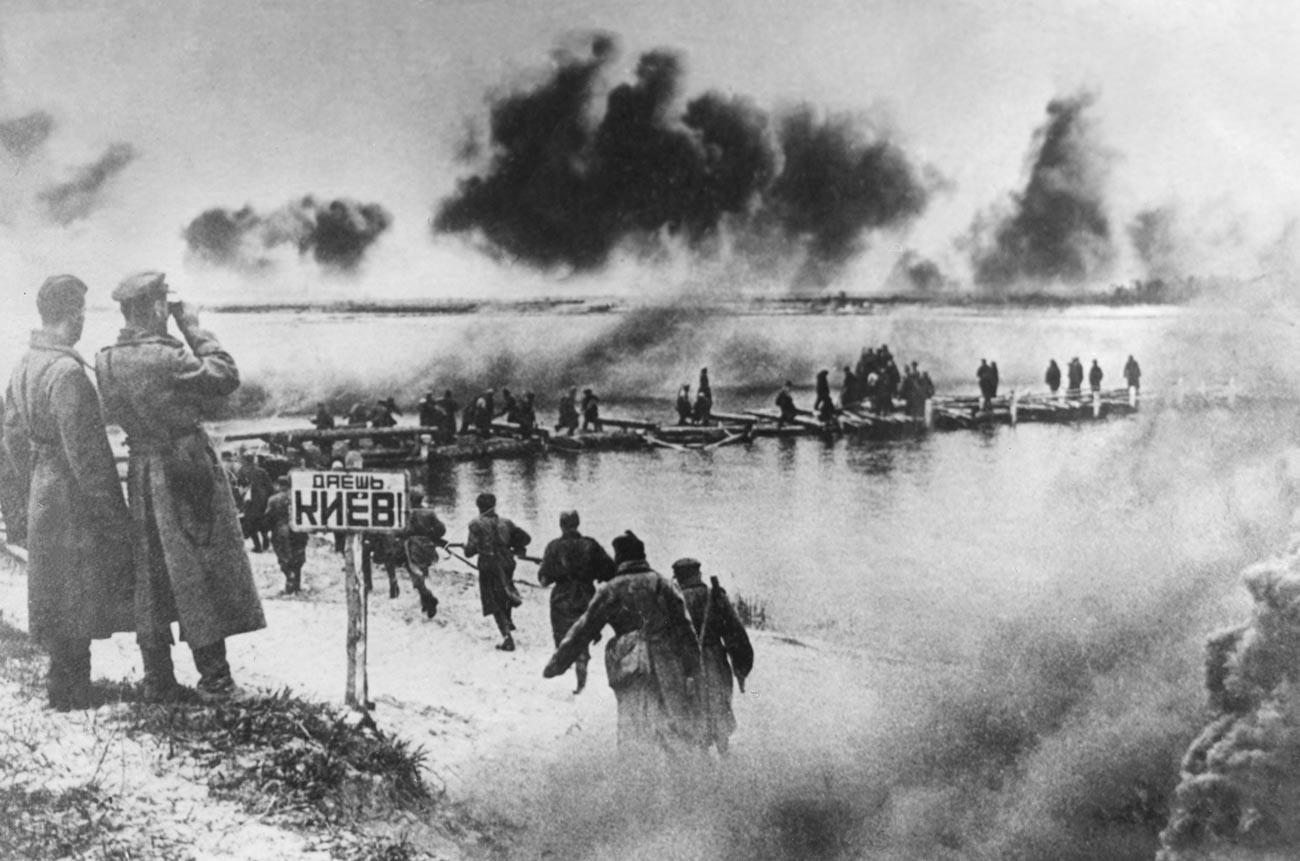 No specific date was set for the collective crossing of the Dnieper. Armies or divisions crossed to the west bank independently, if they had the opportunity to do so. There, they secured a bridgehead, repelled the enemy’s counterattacks and then launched into an offensive of their own. In some places, the crossing went smoothly, since the German troops had not had the time to take up defences there, while in other places, there was heavy fighting under constant fire from the enemy. “I remember well how, when we were crossing the Dnieper, the water in the river turned red with blood, hundreds of comrades died before my eyes,” recalled sapper Ivan Vindrievsky. 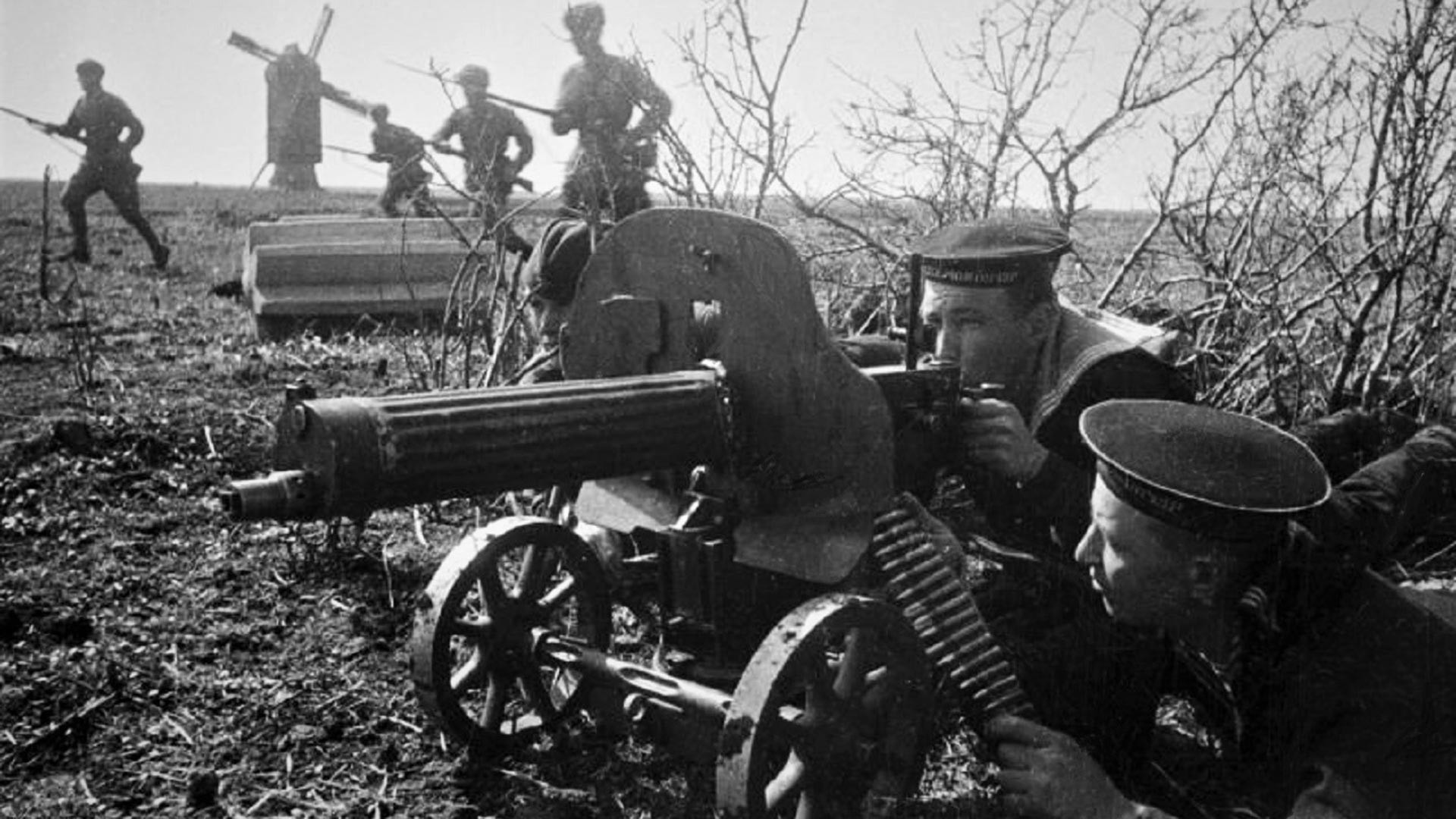 “No sooner had they reached the Dnieper than thousands began rowing or paddling across in small craft, on improvised rafts, on a few barrels strung together, or even by clinging on to planks or garden benches,” wrote British journalist Alexander Werth in his book ‘Russia at War: 1941-1945’. Often the Soviet troops managed to trick the enemy: they would create the appearance of crossing the Dnieper in one place, doing it with much noise and diverting the enemy forces onto themselves, while the real crossing was taking place quietly on another section of the river, 10-15 km away. 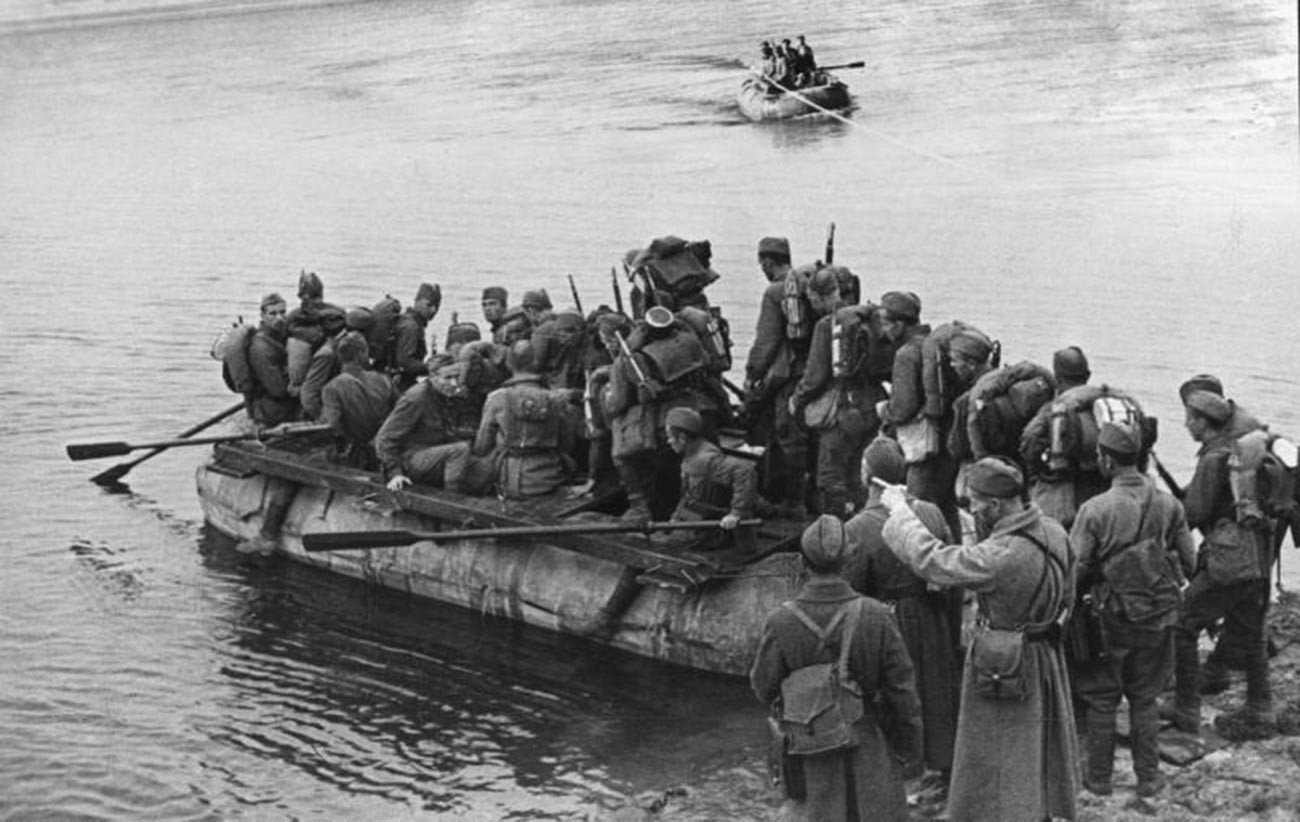 The Germans almost immediately pounced on the Soviet troops that had crossed the river, trying to throw them back into the water. The Red Army units that were the first to make it to the right bank “traveled light”, without heavy armored vehicles or a sufficient amount of ammunition or food. Defending the seized bridgeheads before the main forces arrived, Soviet divisions lost up to 70 percent of their personnel. 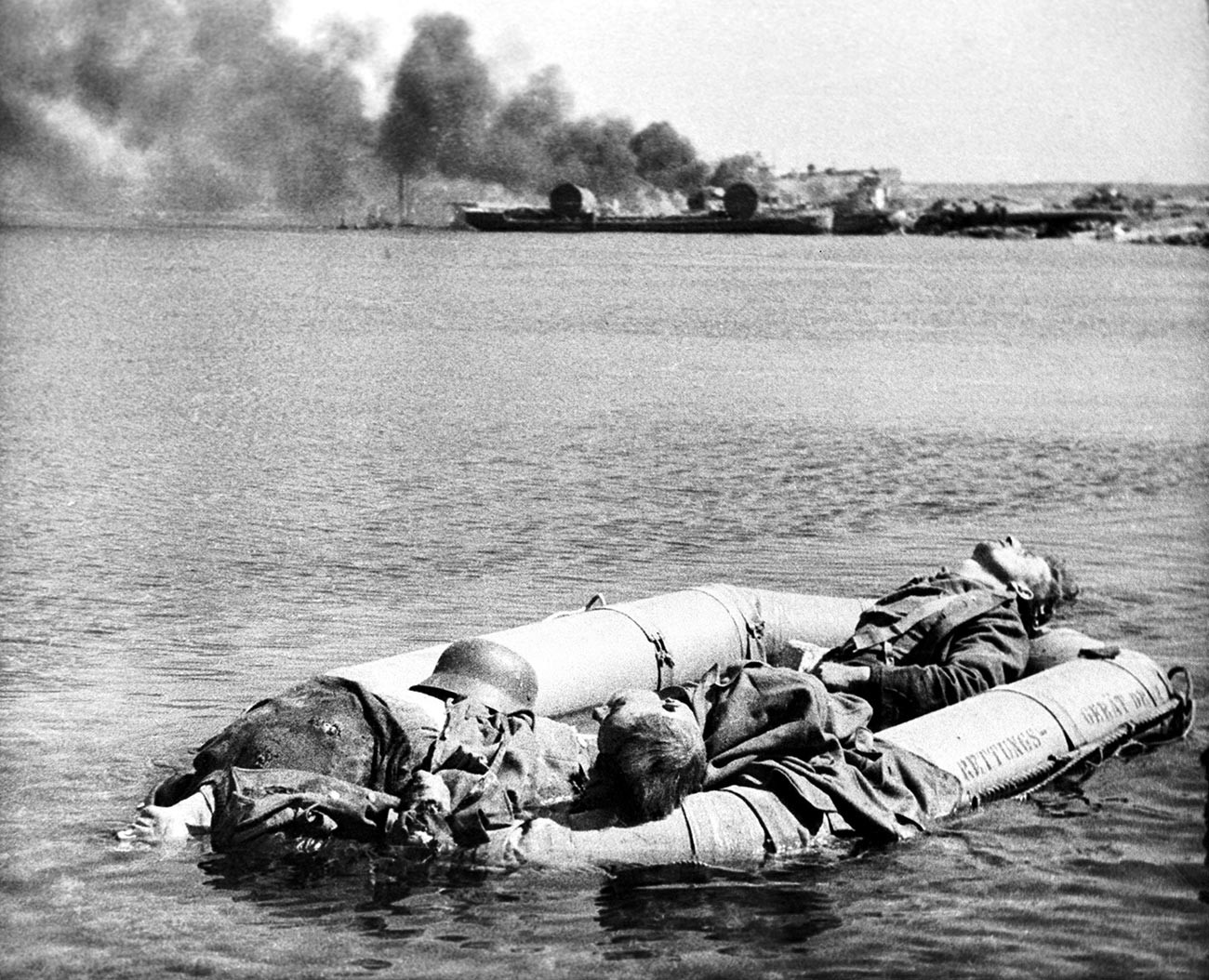 Fierce fighting for the western bank of the Dnieper lasted throughout October. Although the offensive did not succeed everywhere, the Red Army managed to create several important bridgeheads on the territory of right-bank Ukraine. The fact that the Soviet troops held and expanded the Zaporozhye bridgehead in the south gave them a good opportunity in the future to cut off the German groupings in Crimea from land. On November 6, Kiev was liberated, which had not only military, but also great political significance. For a month and a half, the Wehrmacht tried to recapture the city. When, in the last 10 days of December, the offensive of the exhausted and diminished enemy groupings was finally over and the Battle of the Dnieper, in effect, ended. 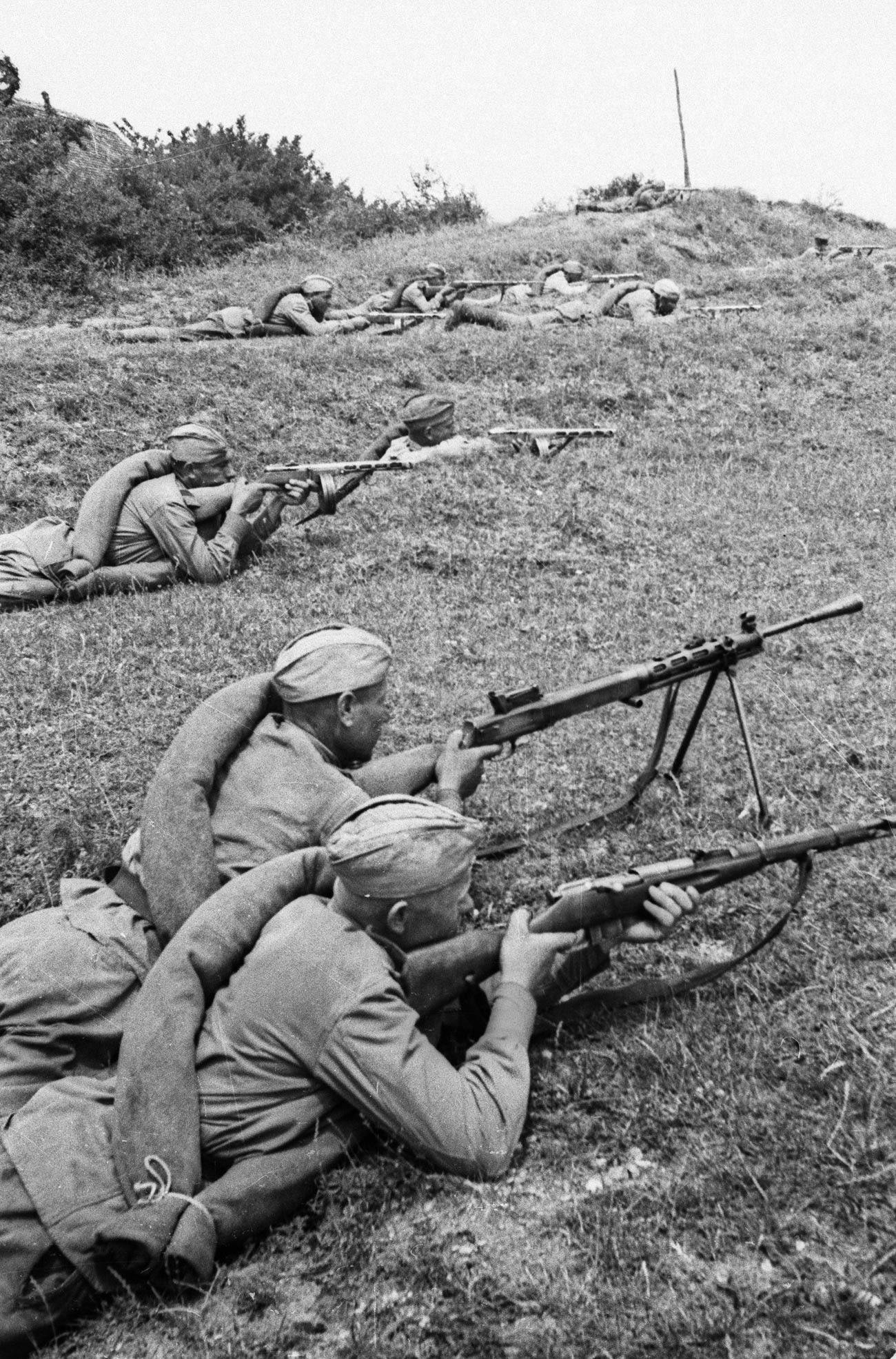 The Battle of the Dnieper claimed some 400,000 lives of Soviet soldiers (and up to 300,000 German lives). The heroism of the Red Army received high recognition from the country’s leadership: 2,438 people were awarded the title of a Hero of the Soviet Union, the largest number for any operation during the war. 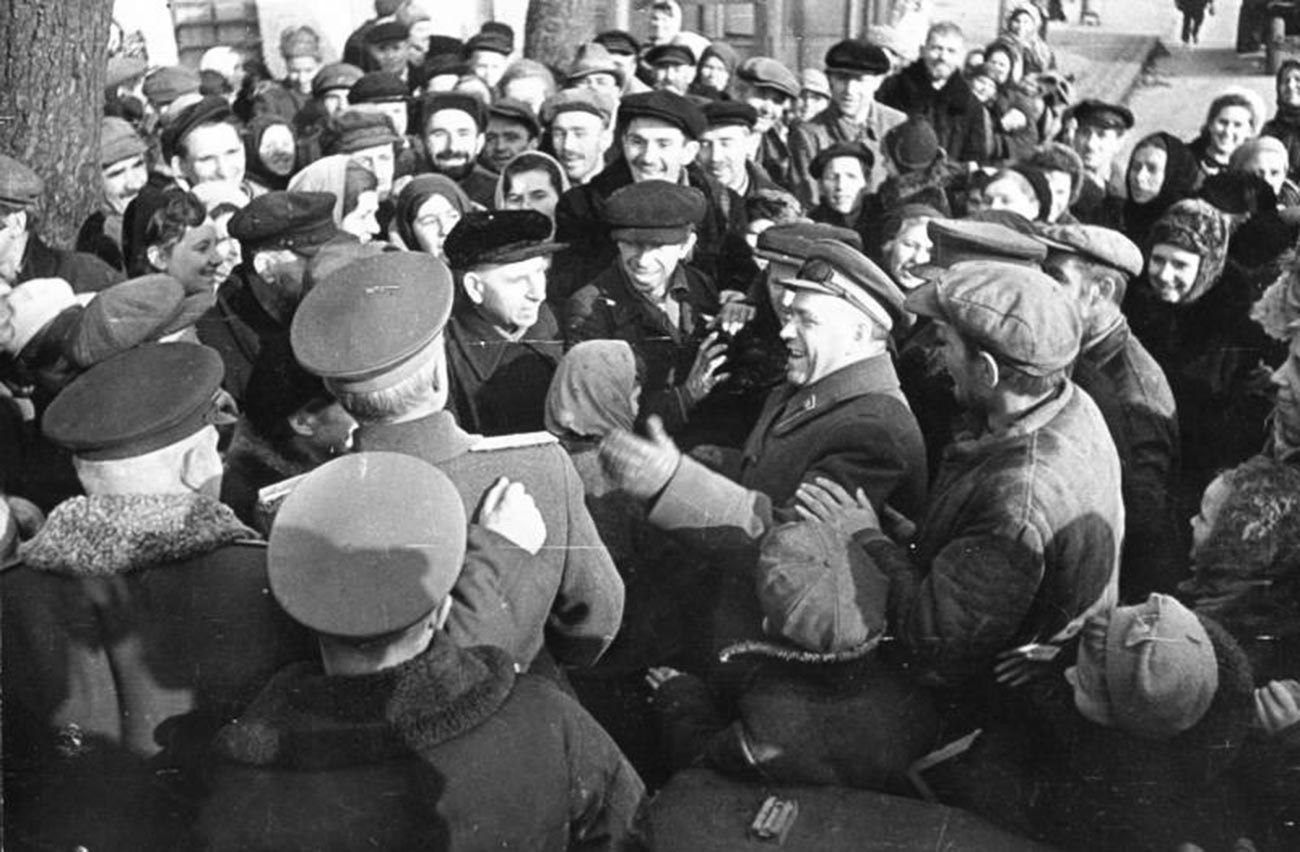 With the breach of the East Wall, the Third Reich lost its last chance for a protracted war on the territory of the Soviet Union. Although most of right-bank Ukraine was still in the hands of the Germans, it became clear that its liberation and advance to the Romanian border was only a matter of time. 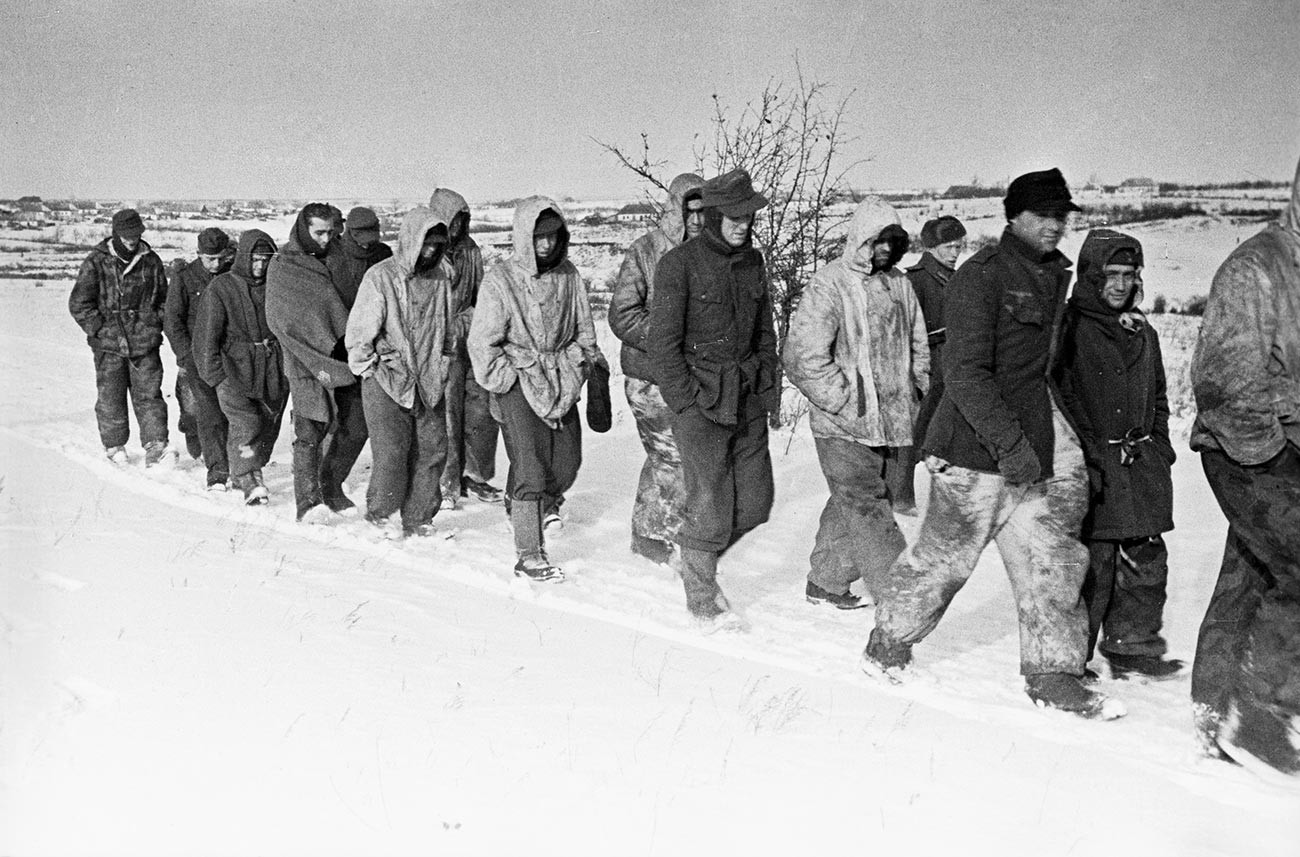