How Canada rescued 2,000 Soviets in the Arctic 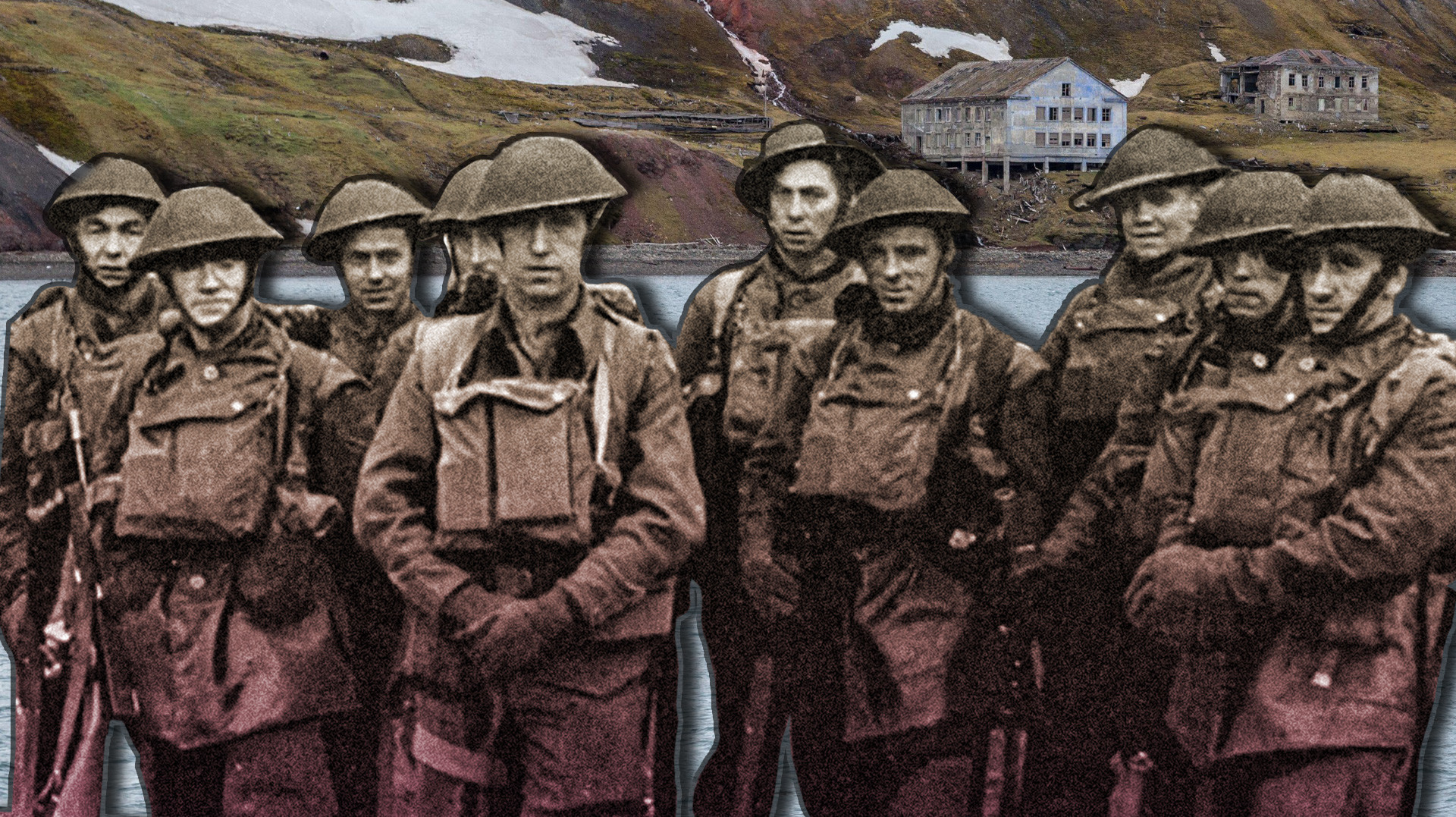 Library and Archives Canada, Legion Media
If it weren’t for help from Canadian forces, the Soviet population of Norway’s Spitsbergen would have met certain death - either at the hands of the Nazis, or from starvation at the onset of a long Arctic winter.

On August 23, 1941, an entry was made in the military log of Canada’s Saskatoon Light Infantry: “The men were saying it was the first time their feet had been cold in August.” The Canadians had up until then never participated in military operations in the Arctic.

Their objective was to disembark at Spitsbergen - the largest island of the Norway's Svalbard archipelago, in order to evacuate several thousand Soviet men, women and children. Time was of the essence, as Nazi forces could be arriving at any given moment. 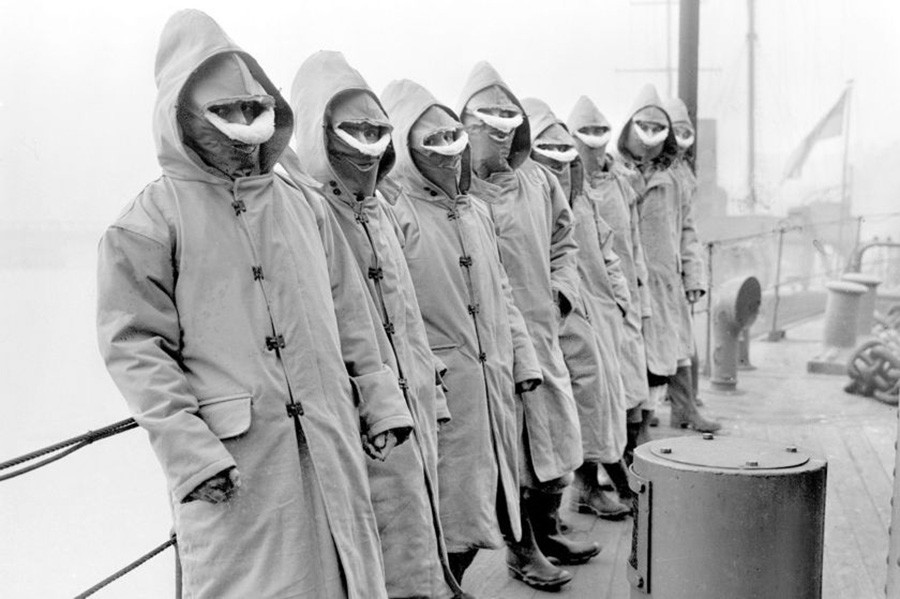 At the start of World War 2, Svalbaard, situated just 600 km from the North Pole, was the site of a major mining operation for high-quality coal. There were about 2,000 Soviet miners working alongside the Norwegians. They lived in their own settlements on the island.

The 1940 occupation of Norway by Nazi Germany did not have much of an effect on Spitsbergen, but Germany’s attack on the USSR changed that completely. Western allies were preparing for regular shipments of military equipment and other necessary items to the Soviet Union. The archipelago was situated along the way, and played a massive strategic role because of it.

Were Spitsbergen to be captured by the Germans - and begin acting as their base of navy and airforce operations - the entire strategy with the shipments would have been severely compromised. So, the Allies decided to act decisively to prevent that from happening. 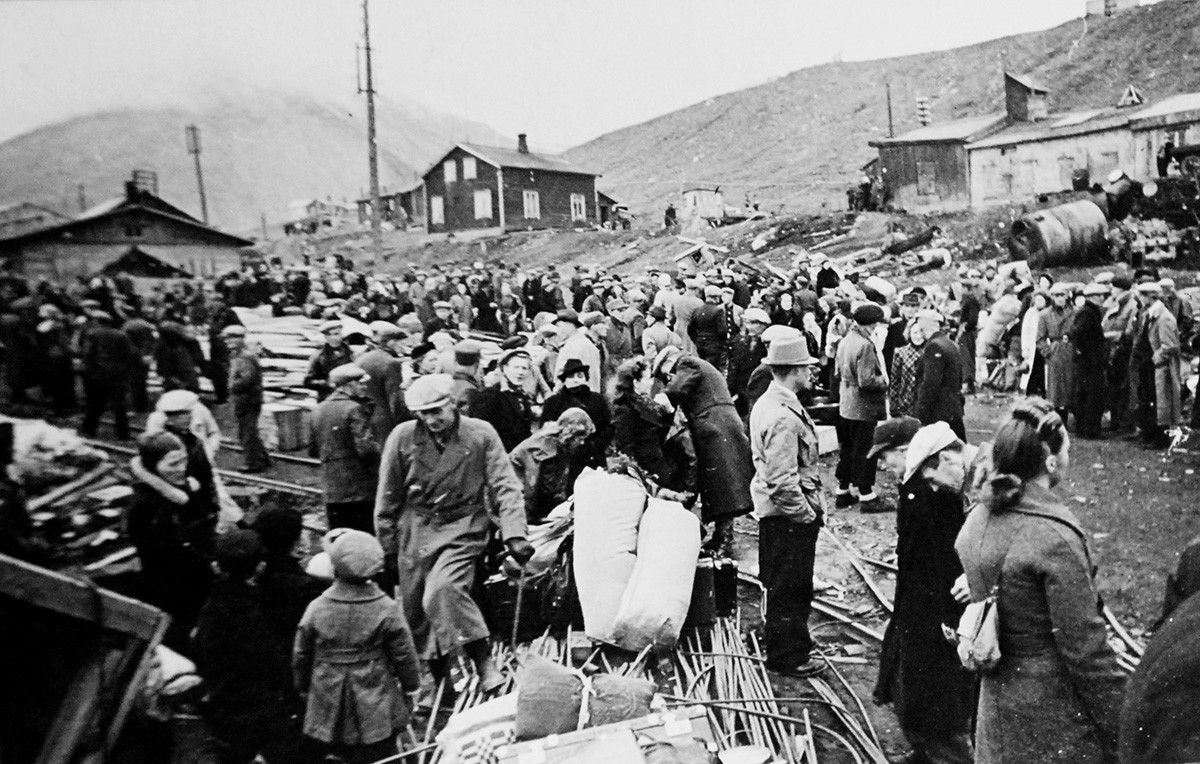 Norwegians ready to board a ship which carried them to Britain.

The initial plan proposed by the USSR was to occupy Spitsbergen together with Britain, and use it as a base from which to enter Norway. However, the British Royal Navy’s surveillance of the islands revealed that this objective would have been impossible to achieve. This led to the Soviet side canceling the plans: it needed every available soldier protecting the northern port of Murmansk, which found itself under immense pressure from the Wehrmacht.

As it became clear that the Soviet Union would face difficulties in supplying the thousands of its miners remaining at Spitsbergen, the Allies’ main objective became the rescue operation. The arrival of a cold and dark Arctic winter was imminent, placing Spitsbergen’s population in mortal danger. 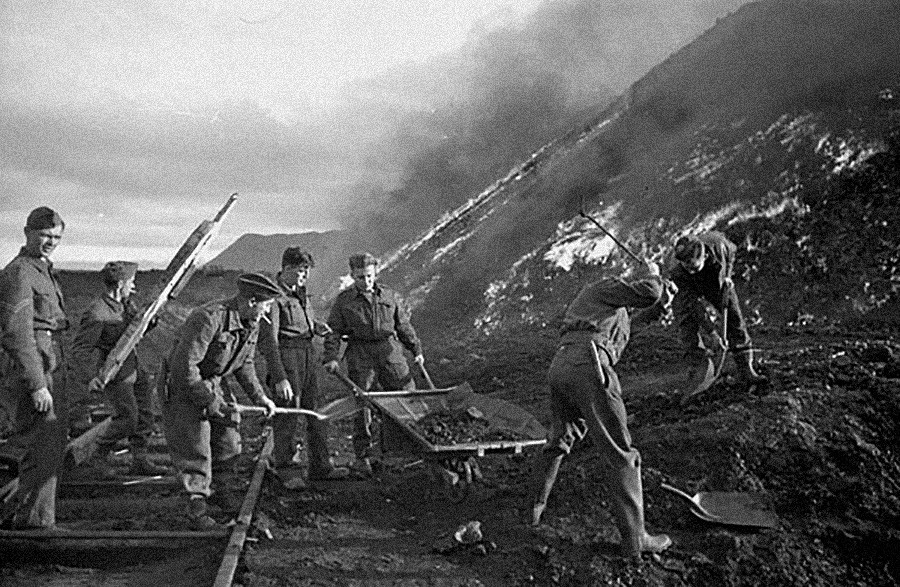 Canadian expeditionary forces spearheaded the operation, and were incredibly enthusiastic about going into battle, as, until that point, their participation in WWII campaigns had been quite minimal - aside from their Air Force.

About 500 Canadians had become part of Force 111, commanded by Brigadier Arthur Edward Potts. A total of 100 British soldiers and several dozen Norwegians formed part of the detachment.

On August 25, 1941, the ‘Empress of Canada’ transport ship, accompanied by several British destroyer and cruiser-class ships, appeared near the settlement of Barenzburg, on Spitsbergen’s shore. 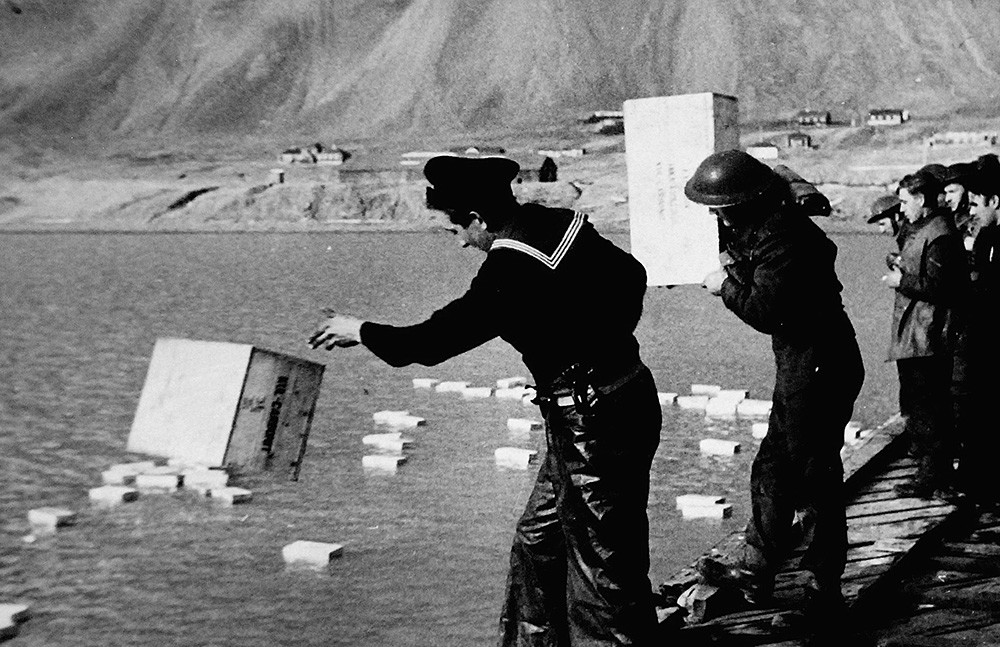 Fortunately, no fighting took place - there were no Germans. The island’s entire Soviet population of 2,000 - consisting of miners and their families, were put aboard the Canadian ship, headed for the USSR. They arrived safely at the Soviet port of Arkhangelsk on August 29.

Meanwhile, Canadian and British soldiers set about destroying all valuable items that could not be taken onboard, but could under no circumstances fall into enemy hands. In this way - without touching the coal mines themselves, the soldiers destroyed the supporting infrastructure, which included electric power plants and railroads. The wooden settlement was accidentally burned to the ground in the process.

Upon return, the Empress of Canada took onboard 765 Norwegians and headed to Glasgow. By September 4, there were no more Allies left on the island. 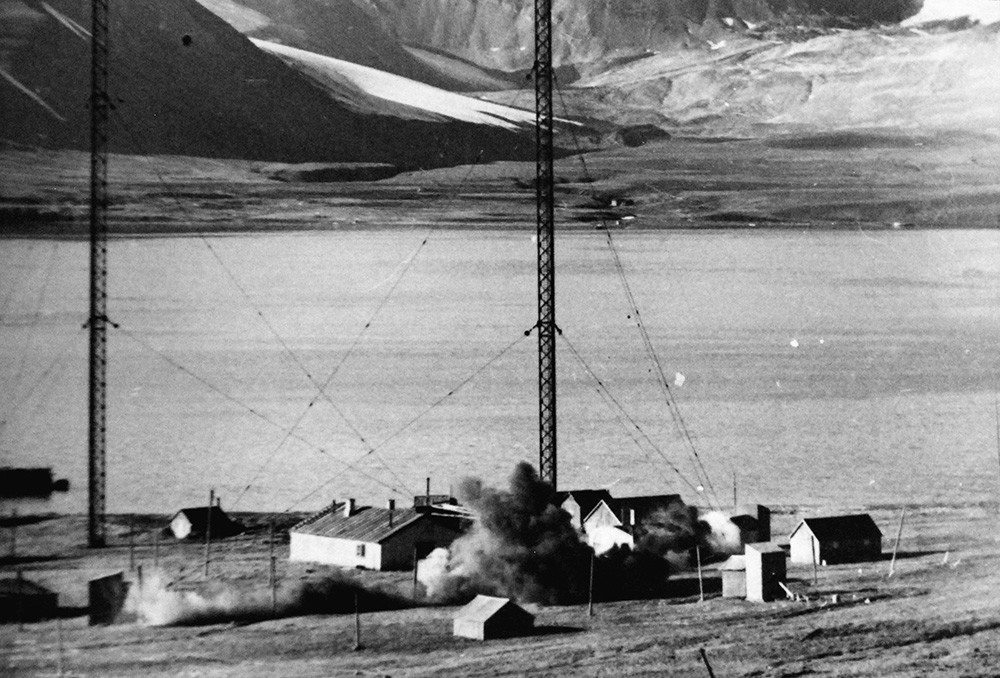 A German landing party had arrived at Spitsbergen almost as soon as the Allies had left. Not for the coal, nor for the island’s strategic position, but because the Canadian and British forces completely destroyed the meteostation, which the Kriegsmarine had relied on completely for weather reports in the region. The reports were crucial to the Germans for carrying out operations in the Arctic Ocean, including the hunt for Allied convoys.

The subsequent events resembled a game of ‘cat and mouse’ between the Nazis and Allies (predominantly, the Norwegians), each of whom carried out numerous landings on the islands, desperately trying to push out the other’s presence. 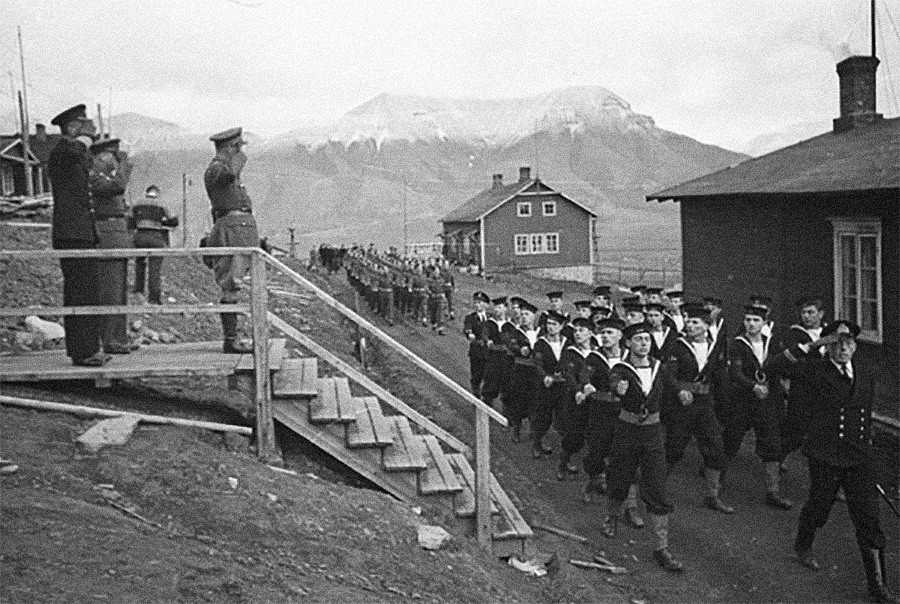 Brigadier A.E Potts takes the salute during the final parade in Longyearbyen.

Despite Norway having the final word, the archipelago was still too massive for them to control. Until September 1945, a secret meteostation, established by Captain Wilhelm Dege, situated on an uninhabited island in the cluster, continued operations. That month, the last of the German occupying forces were captured by Norwegian seal hunters.

The USSR returned to Spitsbergen later after the war. The Soviets quickly set up their own infrastructure, which remains in operation to this day.