Where did the Red Army encounter the Nazis after their capitulation? 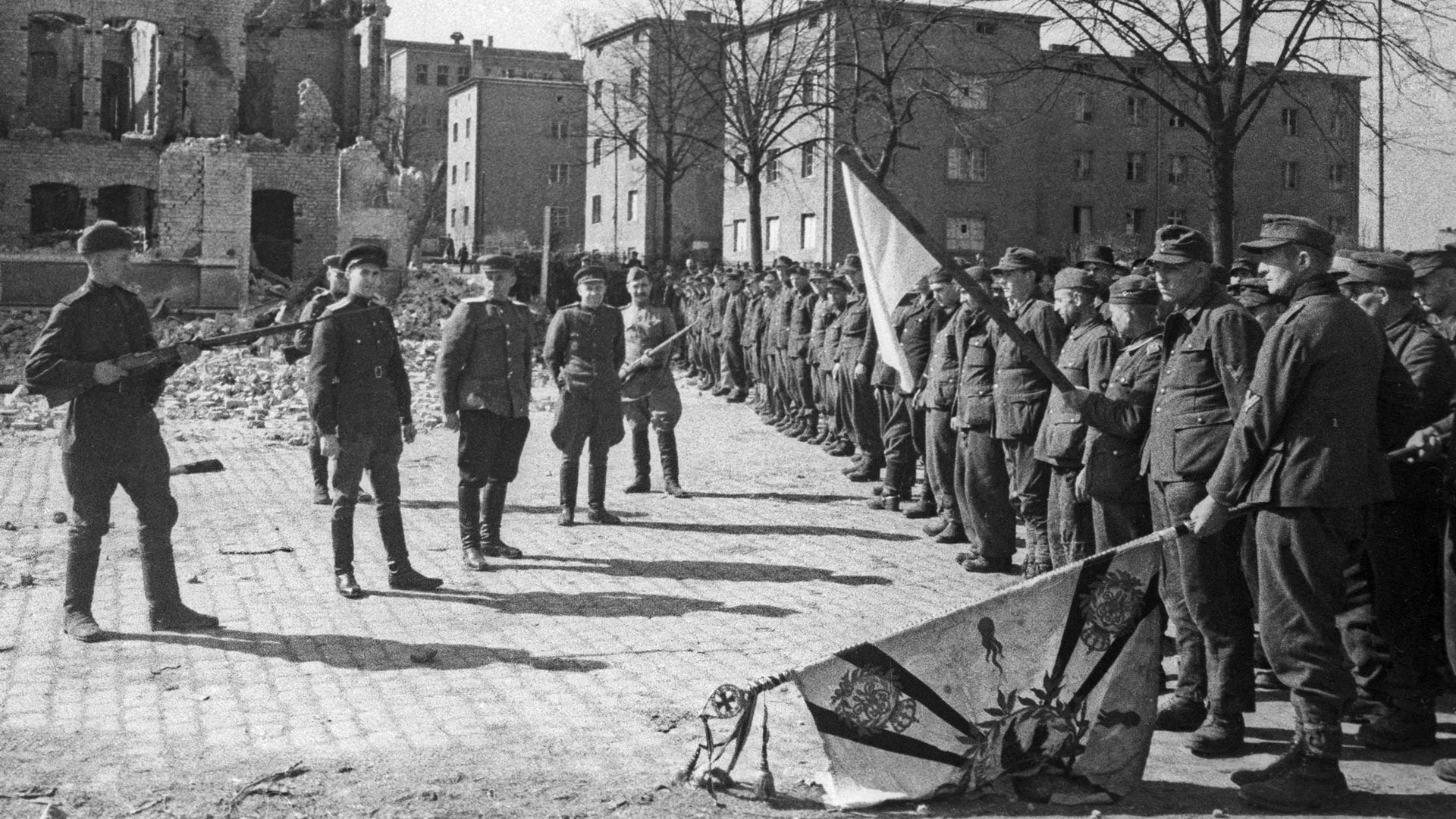 Oleg Knorring/TASS
When Soviet troops stormed Berlin, part of the USSR was still under Nazi occupation.

“Our regiment continued fighting in the Czech mountains for another five days after Nazi Germany capitulated. Some guys died in battle after Victory Day...” recalled Master Sergeant Vladimir Vostrov of the 1433th Novgorod Self-Propelled Artillery Regiment. In total, several thousand Red Army soldiers gave their lives after the war in Europe had officially ended.

What made the Germans carry on fighting when it was all over? First and foremost, it was the fear of Russian revenge. This drove them to battle their way westwards in the hope of surrendering to the British or Americans.

The day after Germany’s surrender, which took effect on May 8, 1945, a small Soviet landing force of up to 200 men landed on the Danish island of Bornholm, occupied by a German garrison of over 11,000 soldiers. The Germans immediately declared that they would surrender only to the Western Allies, and the Soviets could either leave the island or face annihilation. 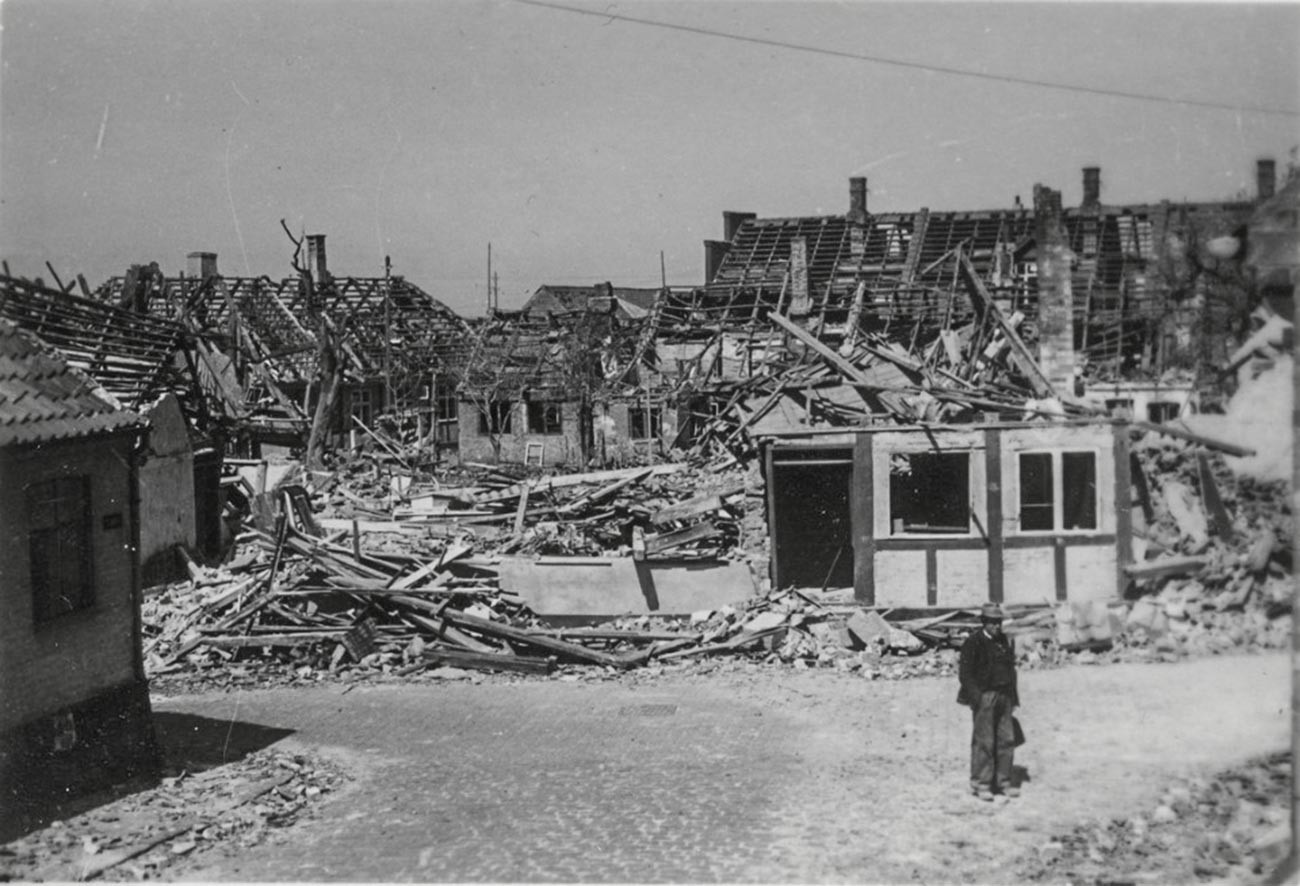 In response, the Russian commandos captured the port and the telegraph, cutting the island’s communications. An ultimatum was then issued to the commander of the garrison, General Rolf Wuthmann: if his men did not lay down their arms, Soviet aircraft would bombard the island. The Germans capitulated a few hours later, but the liberation of Bornholm had cost the lives of 30 Soviet soldiers.

That same day, May 9, air and sea battles were fought around the island, with German convoys desperate to break through to the west. A total of ten German ships were sunk and 16 aircraft shot down.

“Our advance on Prague wasn’t a bloodless stroll. All the roads were mined, the Germans were hammering us from all sides,” recalled Lieutenant Ivan Maslov, tank platoon commander of the 52nd Guards Tank Brigade. According to the plan of Field Marshal Ferdinand Schoerner, Bohemia, where the remnants of the German troops had converged, was to become a “second Berlin.” The Germans’ task was to hold out long enough to repel the Red Army offensive and surrender to the approaching Western Allies. 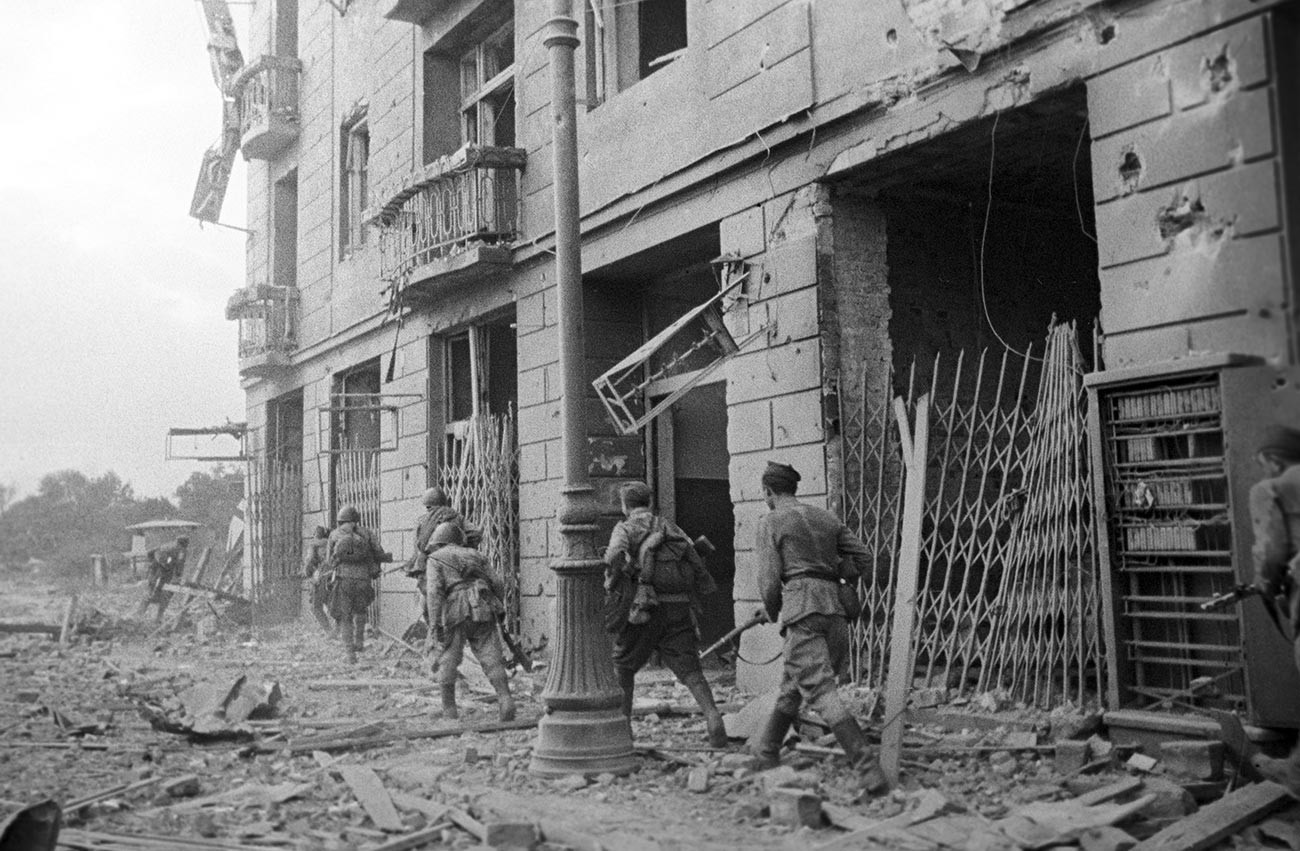 The battle for the Czechoslovak capital began on May 5 — but not against the Red Army. Prague residents themselves rose up against the German garrison, and they were later joined by the 1st Infantry Division of the collaborationist Russian Liberation Army (RLA) in an attempt to earn leniency from the Allies

When the 1st Ukrainian Front approached the city on May 8, RLA soldiers abandoned their positions and rushed west towards the American troops. Almost all the German units that the collaborators had been fighting for days did likewise. The task of defending Prague against the Red Army was left to those Wehrmacht units and SS divisions (Wallenstein, Das Reich, Viking) that did not have time to retreat.

The battle for Prague lasted from early morning till 4pm on May 9, before the enemy finally capitulated. The Red Army’s estimated losses vary widely: from more than 1,000 (according to the Russian version) to just a few dozen (according to some Czech historians). 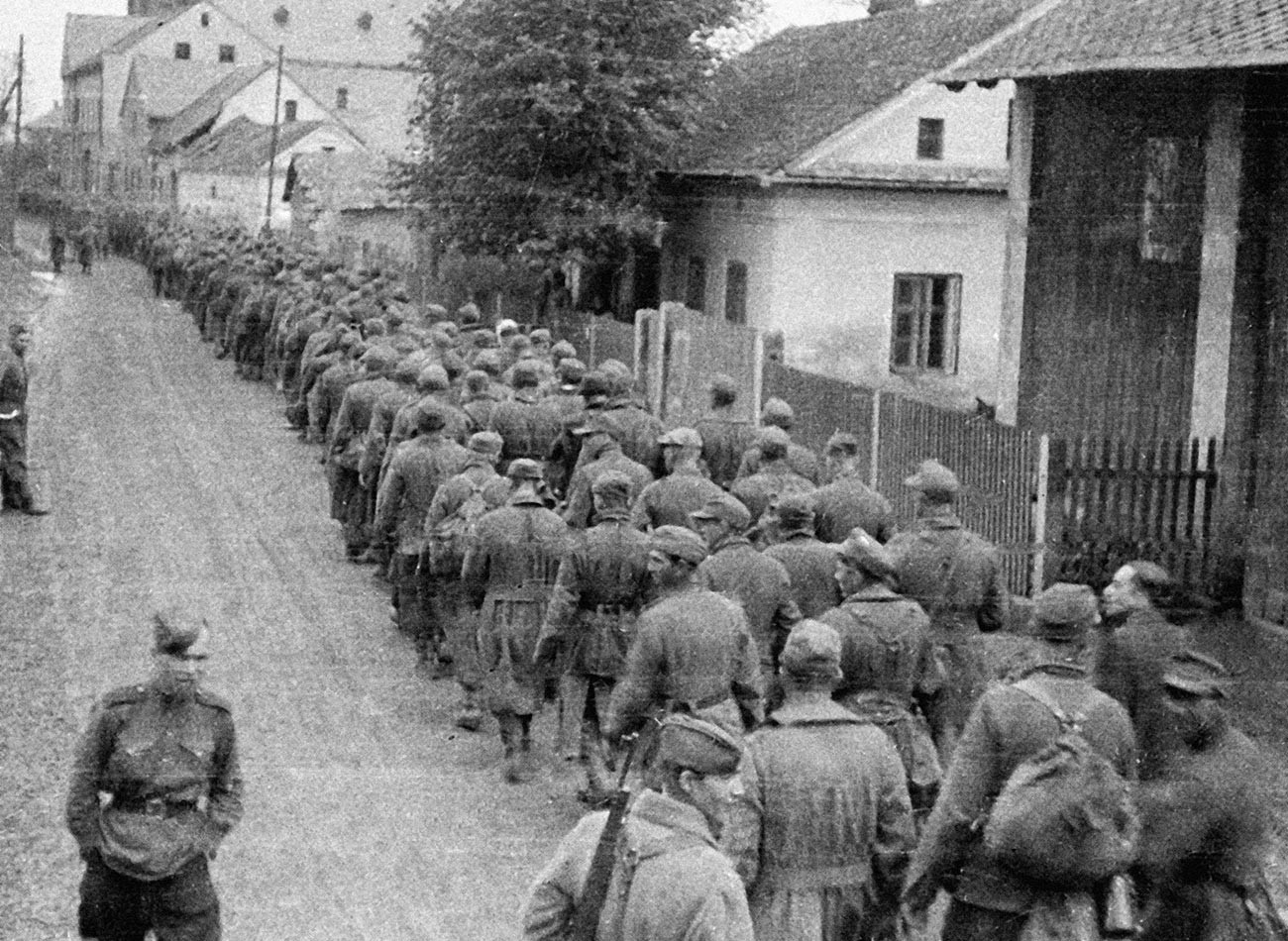 Having liberated the city, the Soviet troops advanced west, establishing a line of contact with the Americans by midnight of May 11. That same day, near the village of Slivice, Red Army units and Czechoslovak partisans, with supporting fire from the 3rd US Army, launched an attack on the positions of the last organized formation of the German army in central Europe — the 7,000-strong group under SS Gruppenführer Carl Friedrich von Pückler-Burghaus, which included what was left of the SS divisions Wallenstein and Das Reich.

As a result of the almost day-long battle, the Germans lost more than 1,000 soldiers, and the Red Army and partisans around 70. The remaining 6,000 troops were taken prisoner, and Pückler-Burghaus, having signed the surrender document, shot himself.

In mid-October 1944, during the Red Army’s large-scale offensive in the Baltic, Germany’s Army Group North was cut off in Courland (western Latvia). Approximately 400,000 soldiers ended up trapped in the so-called Courland Pocket (Russian: “Courland cauldron”), which the Soviets referred to humorously as the “camp for armed POWs.” 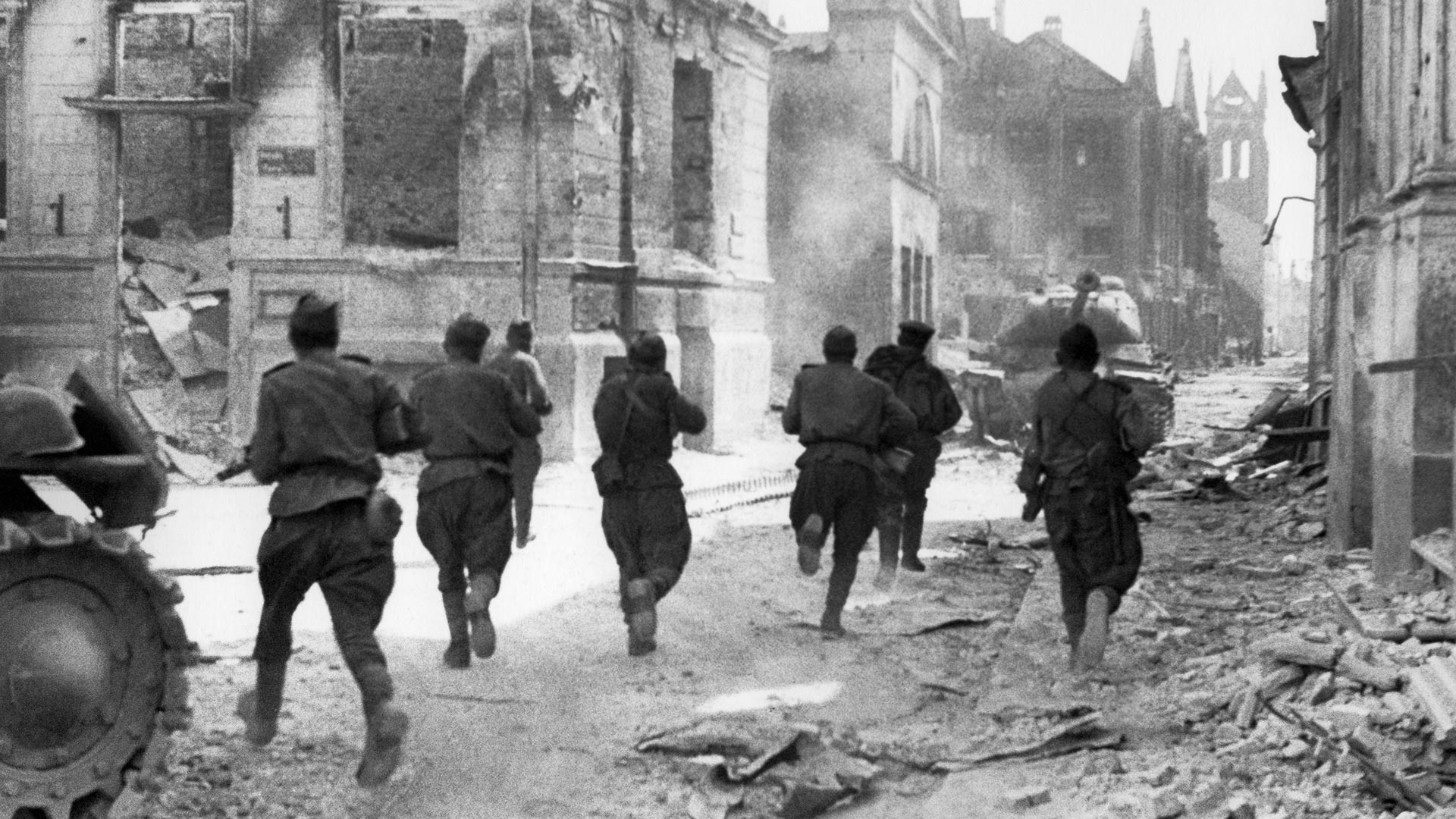 It wasn’t a “cauldron” in the fullest sense, since the Germans still maintained control of the large port of Libava (now Liepaja), and some troops were evacuated to the Reich by sea. This meant that Soviet reserves had to be transferred from Courland to Pomerania on the Baltic coast in early 1945, which largely prevented the 1st Belorussian Front from launching an offensive on Berlin in February.

The fierce fighting to eliminate Army Group North, which numbered about 250,000 in early May, lasted right up until Germany’s final surrender. “The entire Courland cauldron was pockmarked with lines of trenches. We’d capture one trench, and another line immediately followed, there seemed to be no end to them,” recalled Private Yakov Karasin of the 140th Army Reserve Rifle Regiment.

Although the Germans began surrendering en masse in the evening of May 8 (more than 60,000), the resistance continued. Desperate soldiers clung to the last convoys departing westwards; others tried to break through to East Prussia by land. 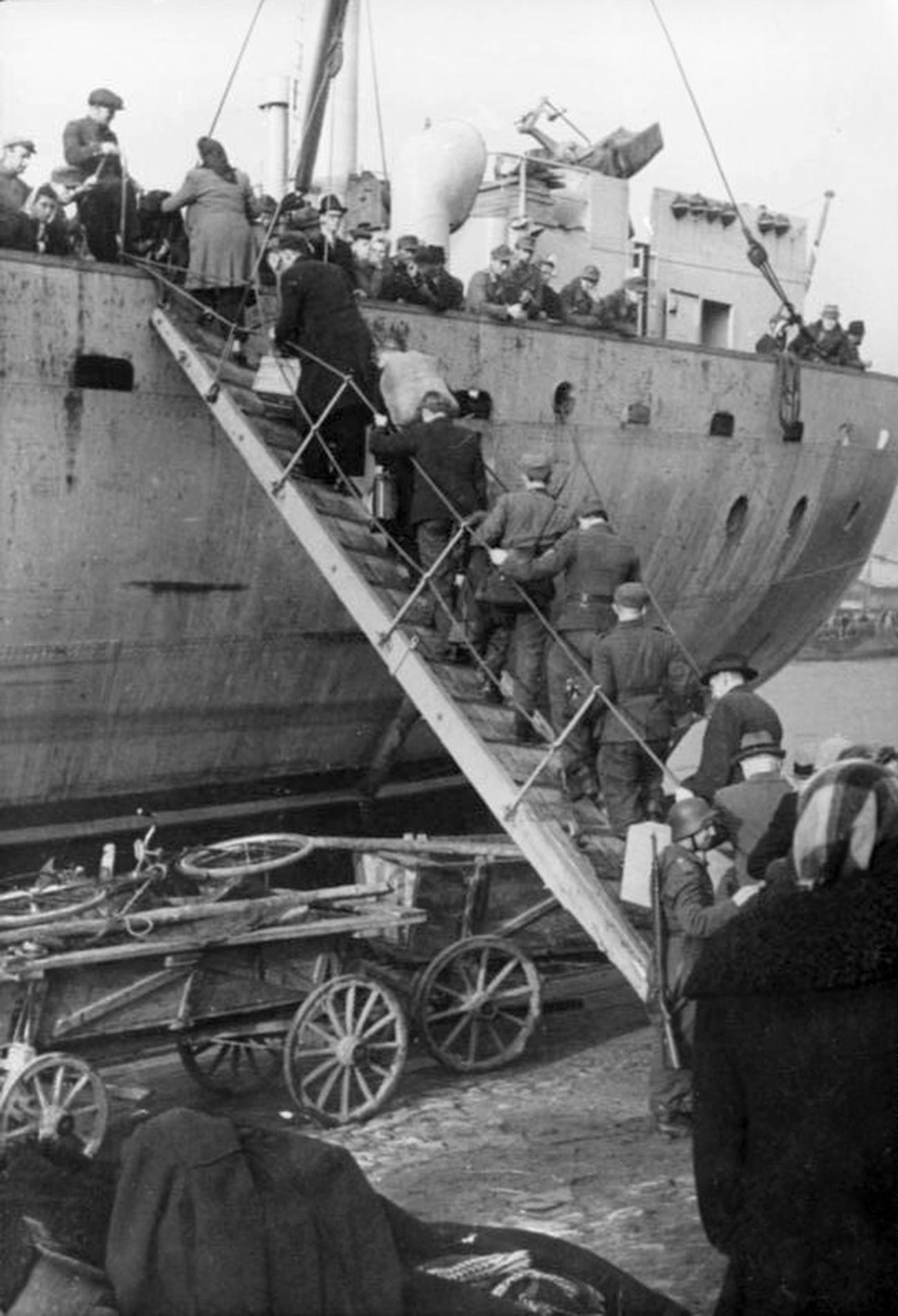 “In Courland, we ended the war not on the eighth of May, but on the thirteenth, after we'd finished combing the liberated area, where for four days after Victory Day we continued to shed blood against the effectively suicidal enemy. By the end of the battle, our company was reduced to 11 men, including myself...” recalled Senior Lieutenant Mikhail Levin.

The last major battle in Courland took place on May 22, when the remnants of the 6th SS Army Corps (300 men) tried to break through. When this attempt failed, its commander, Obergruppenführer Walter Krueger, shot himself.

Isolated German detachments continued to resist the Red Army until as late as July 1945. What's more, after the Courland Pocket was neutralized, thousands of collaborators of Baltic origin joined the ranks of so-called "Forest Brothers", who led a guerrilla fight against the Soviet government until the 1950s.