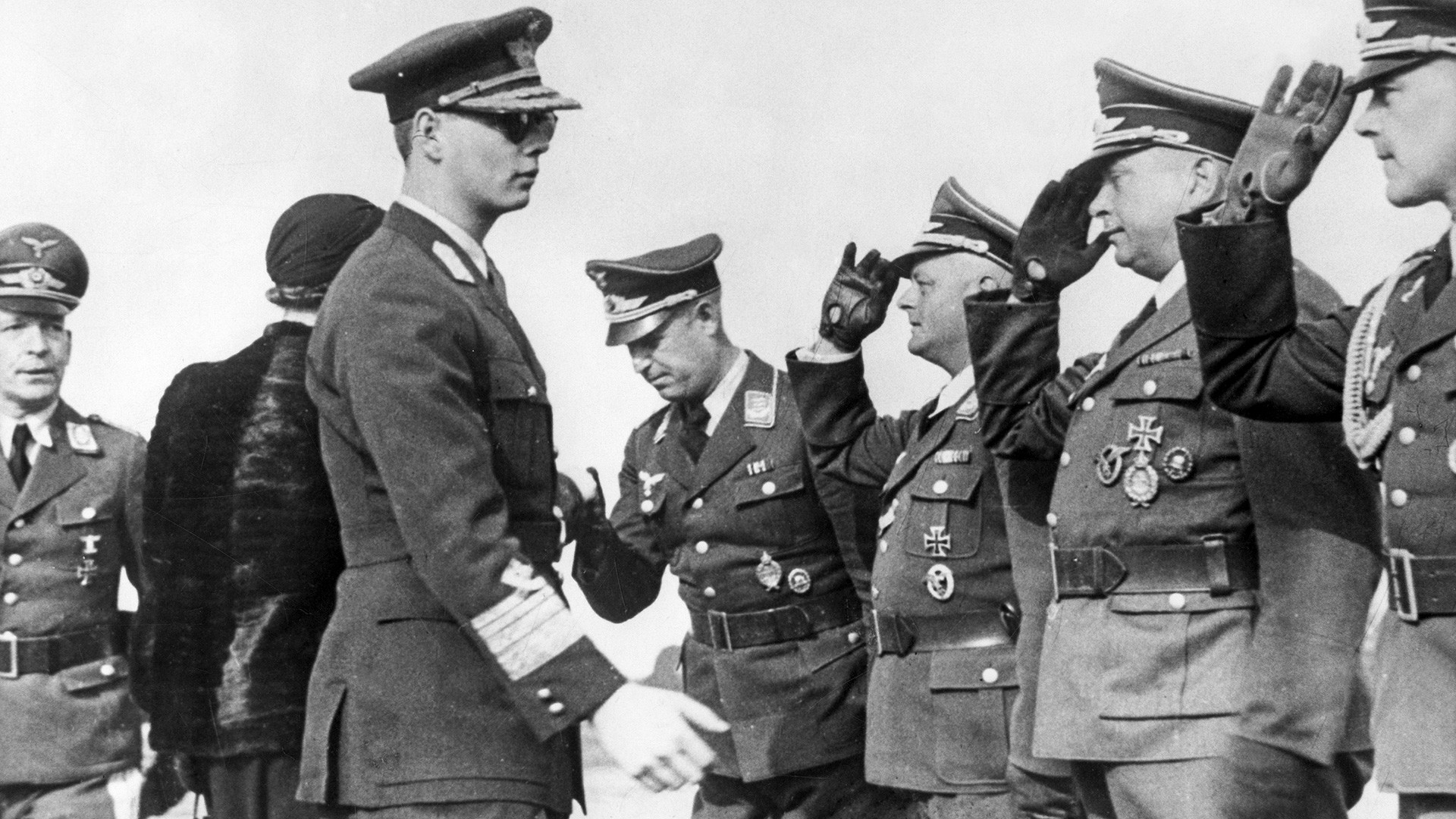 Ullstein bild/ Getty Images
Michael I [Mihai I] managed to retain his throne by becoming a friend of the Soviet Union. In Moscow, Romania was jokingly described as a “socialist monarchy” and, as for King Michael himself, he was known as the ‘Komsomol King’.

It is difficult to describe Michael I as a lucky king. He occupied the Romanian throne twice and on both occasions had to play the role of puppet of more influential political forces. However, it was largely thanks to him that Romania, successfully and in time, changed sides during the final stages of World War II, which ultimately saved the lives of tens of thousands of its citizens and Red Army soldiers.

A king without power 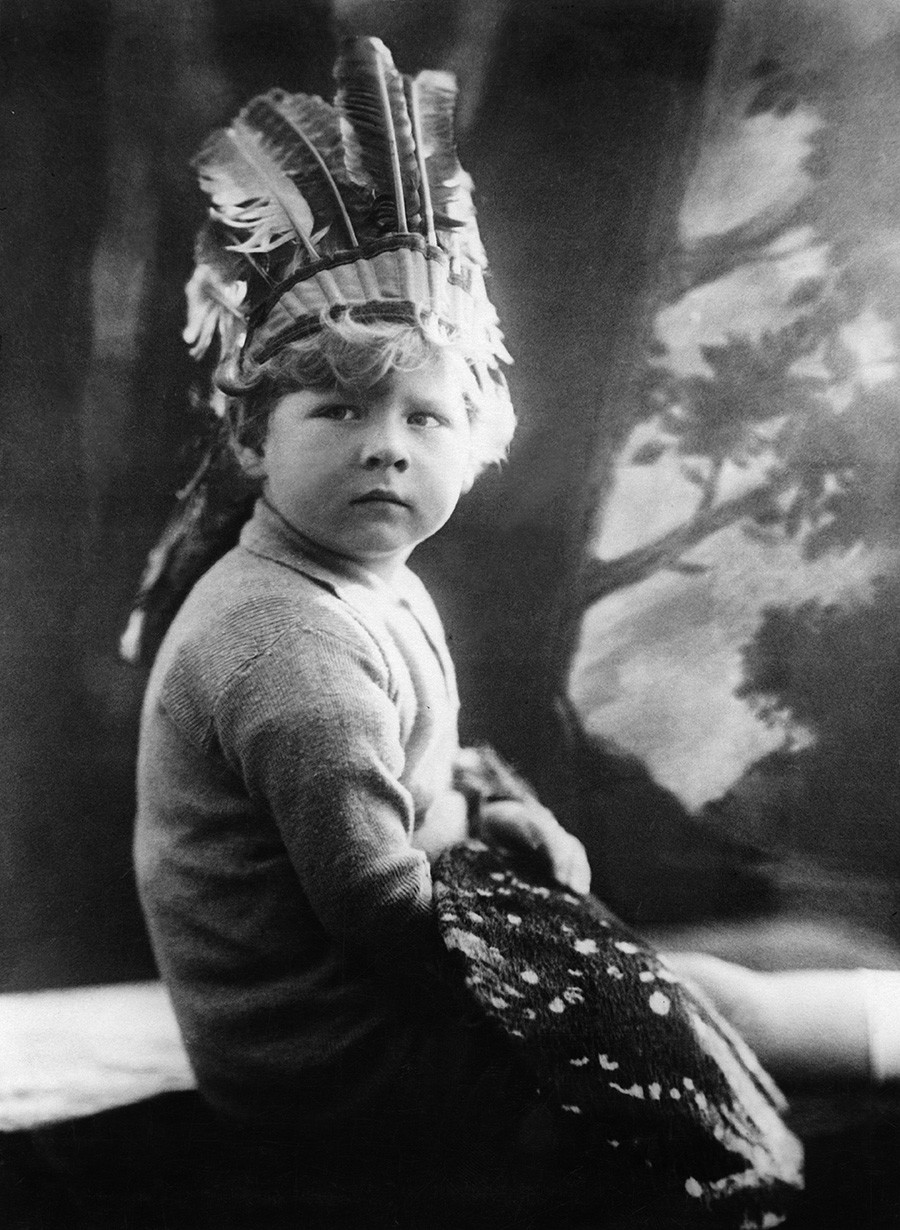 Michael I of Romania.

A period of prosperity began for the Kingdom of Romania immediately after the end of World War I, when the recently dominant European powers still lay in ruins. Taking advantage of the weakness of its neighbors, it seized vast territories from them, which were populated by ethnic Romanians or the ethnically-related Moldovans and which the Romanians regarded as their ancestral lands.

In 1927, following the death of Ferdinand I, his grandson Michael succeeded to the throne of ‘Greater Romania’, as this Balkan country was often called at the time. He wasn’t even six years old.

Initially, the throne had been intended for his father - Crown Prince Carol - but, in the wake of a scandalous extramarital affair, the latter was forced to renounce his right to the crown and left the country in 1925. 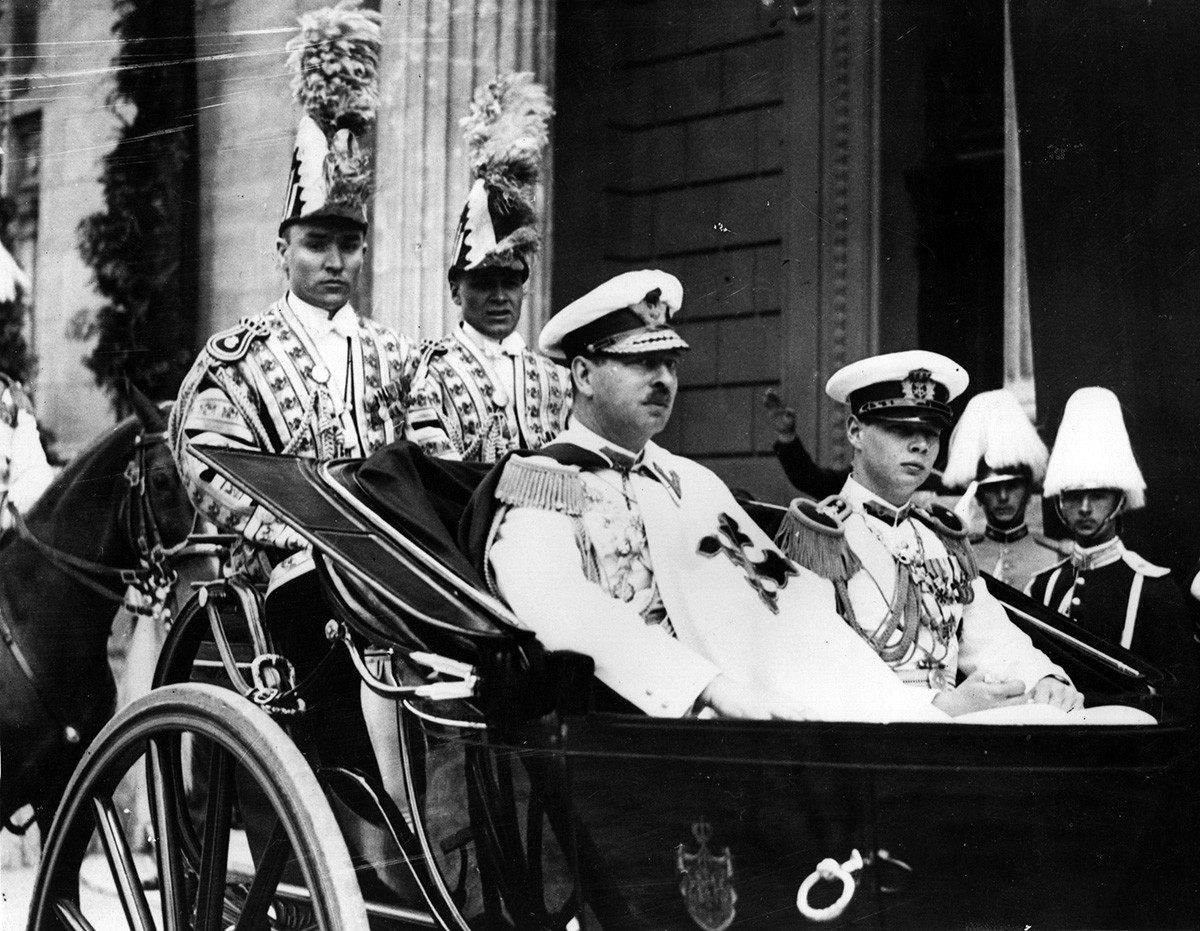 For a brief period, Michael I reigned under the tutelage of regents. In 1930, at the invitation of the opposition, which was dissatisfied with the government, the exiled Crown Prince returned to Romania. He deposed his son and was crowned as Carol II. Michael, nevertheless, was the designated heir to the throne.

Ten years later, the country was hit by a deep political crisis - its neighbors, having regained their strength, sought to reclaim the territory they had once lost. Romania was forced to cede Bessarabia and Northern Bukovina to the Soviet Union and Northern Transylvania to Hungary.

Having lost vast territories, the country was swept by a wave of public discontent and the popularity of Carol II plummeted. On September 6, 1940, the country’s prime minister, General (and from Aug. 21, 1941 - Marshal) Ion Antonescu, after enlisting the support of the Iron Guard nationalist party, forced the King to abdicate. Antonescu, however, didn’t dare abolish the institution of the monarchy, which was still held in high regard in the country. 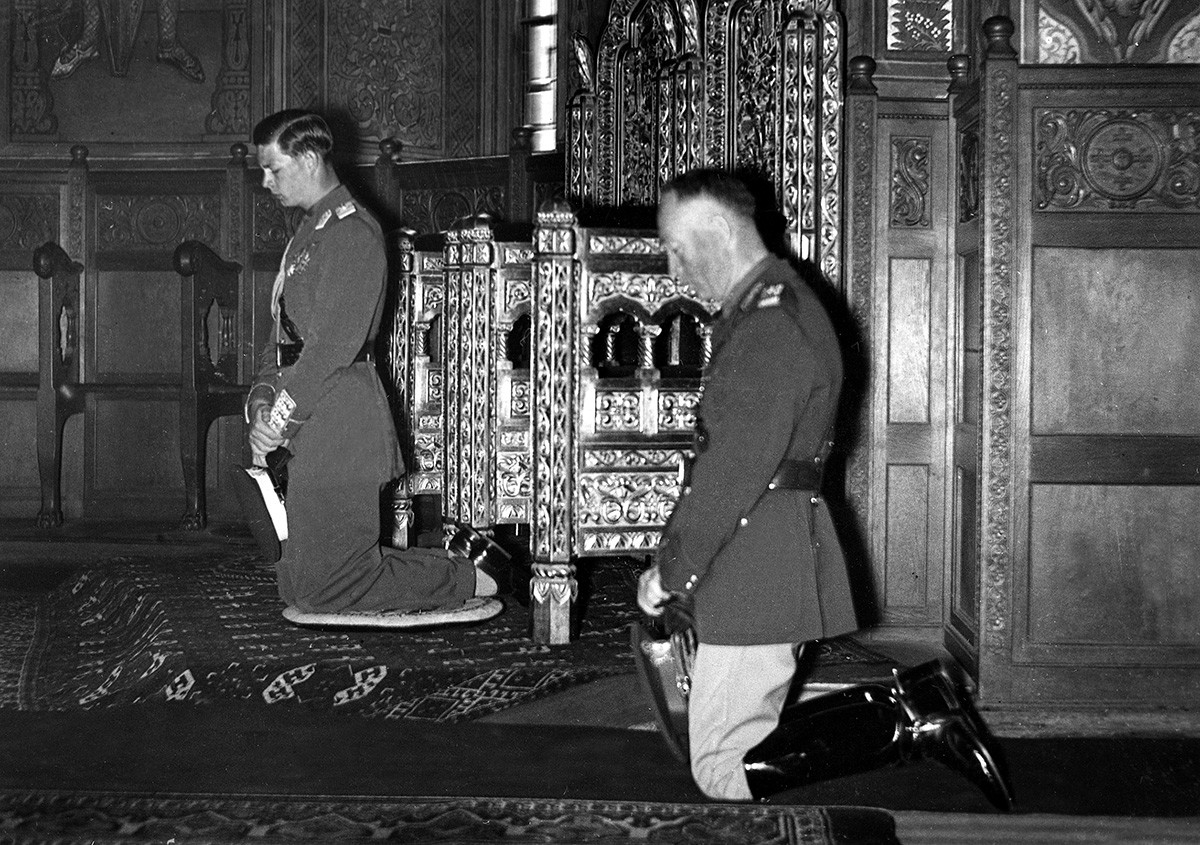 Michael I and Ion Antonescu.

The King left Romania for a second - and last - time and Michael I became King again, once again deprived of any political influence. All power was concentrated in the hands of Antonescu, who, in January 1941, was proclaimed national leader - Conducător (a title equivalent to Fuhrer or Duce).

Romania firmly joined the camp of German allies and hoped to restore its lost lands with the help of the Third Reich.

In alliance with Hitler

“This decision was taken by Antonescu and I wasn’t even consulted,” was how King Michael I commented in a 2011 interview on Romania’s entry into the war against the Soviet Union on the side of Nazi Germany. “I should also say that the Romanian people were very perturbed by the USSR’s annexation of Bessarabia, so the war for its return was a popular one. But, the fact that Antonescu allowed Hitler to embroil Romania in a protracted war led to disaster.” 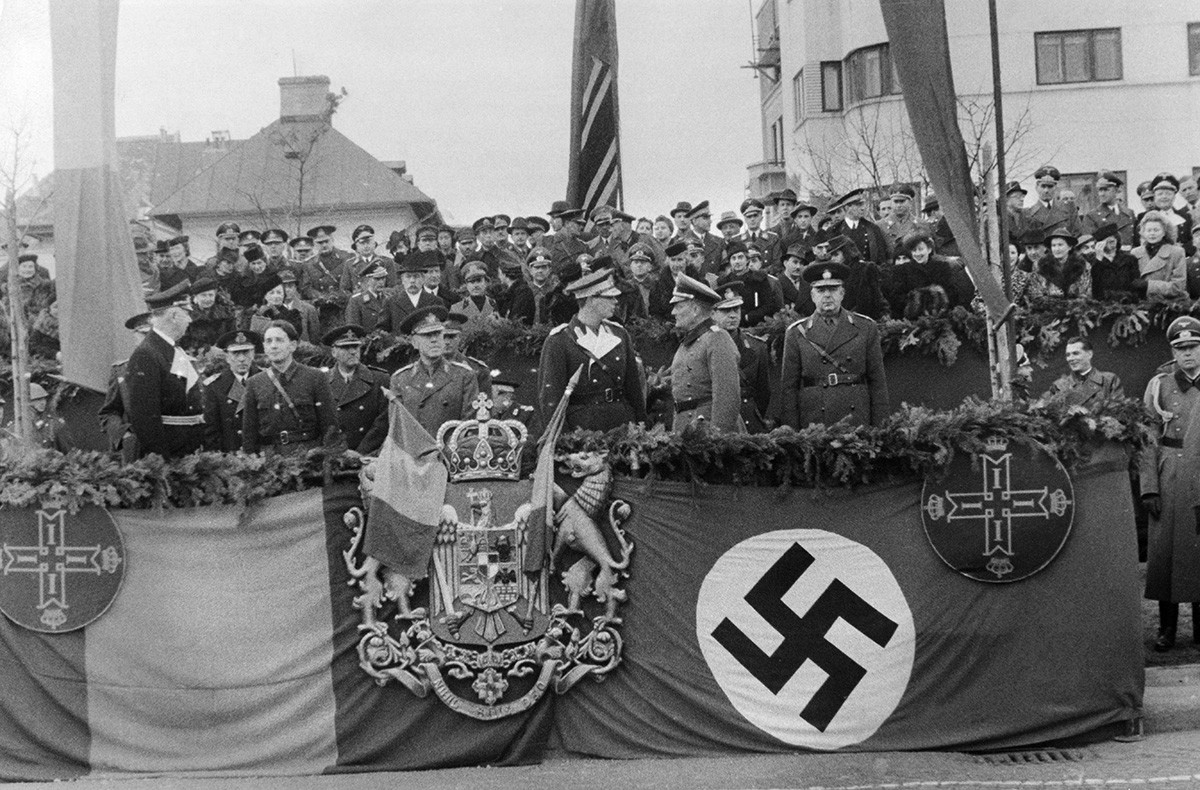 Parade of the troops in Bucharest on the ocassion of Romanian accession of Tripartite Pact, 1940.

In an address to the nation, the King, nevertheless, had called the war against the USSR a “sacred” one and, with the rapid advance of German and Romanian troops deep into Soviet territory, he sent the Conducător a telegram expressing gratitude to him for reviving the “joy of days of former glory”. He paid personal visits to the troops and presented medals to soldiers who had served with distinction.

Michael’s attitude to the military campaign started to change in 1942. He began to openly express the opinion that troops should only be sent to the Eastern Front, if the return of Northern Transylvania to Romania were guaranteed. After the Stalingrad disaster, the King became an active participant of a plot to topple the Antonescu government and take the country out of the war. He established contacts with leaders of political forces opposed to the regime, representatives of countries in the anti-Hitler coalition and a section of the disaffected Romanian top brass. 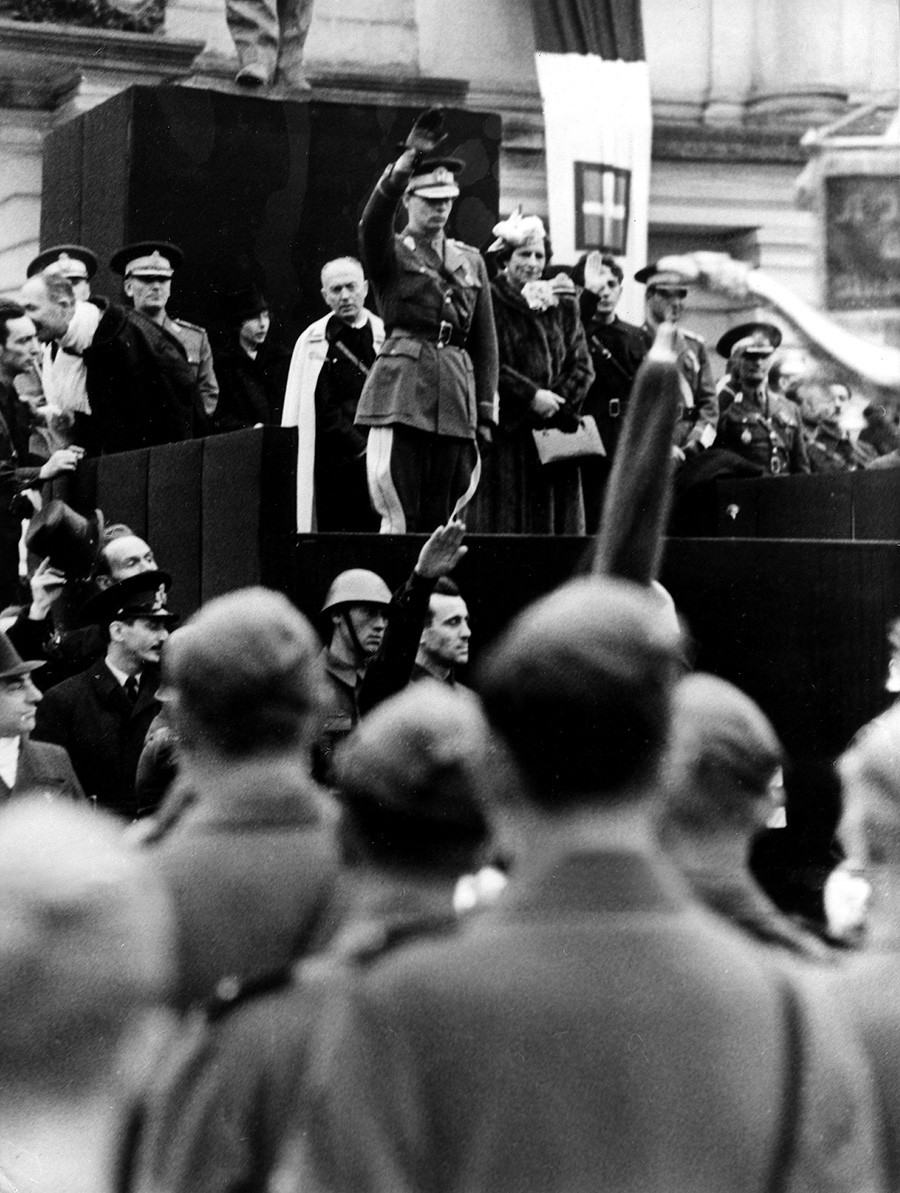 For a long time, neither the Germans nor the Conducător himself guessed that a coup was being planned. “All is quiet in Romania. King Michael is the best guarantor of the strength of the alliance between Romania and Germany,” the German ambassador to Bucharest, Manfred von Killinger, regularly reported to Berlin.

In the Allied camp

The defeat of German troops in the Jassy-Kishinev Operation in August 1944 and the Red Army's rapid advance to the Romanian border nudged the plotters into decisive action. “When I woke up on the morning of August 23, I was not certain I would be alive the following day. But, I took a firm decision to withdraw Romania from its alliance with Hitler. Stalin’s armies were at Romania’s door, the front was crumbling and the population was fed up to the back teeth with war,” Michael I recalled. That same day, Antonescu was summoned to the palace, where the king ordered him to immediately start peace talks with the USSR. When the marshal refused, Michael issued an order for the arrest of the Conducător and members of his government. 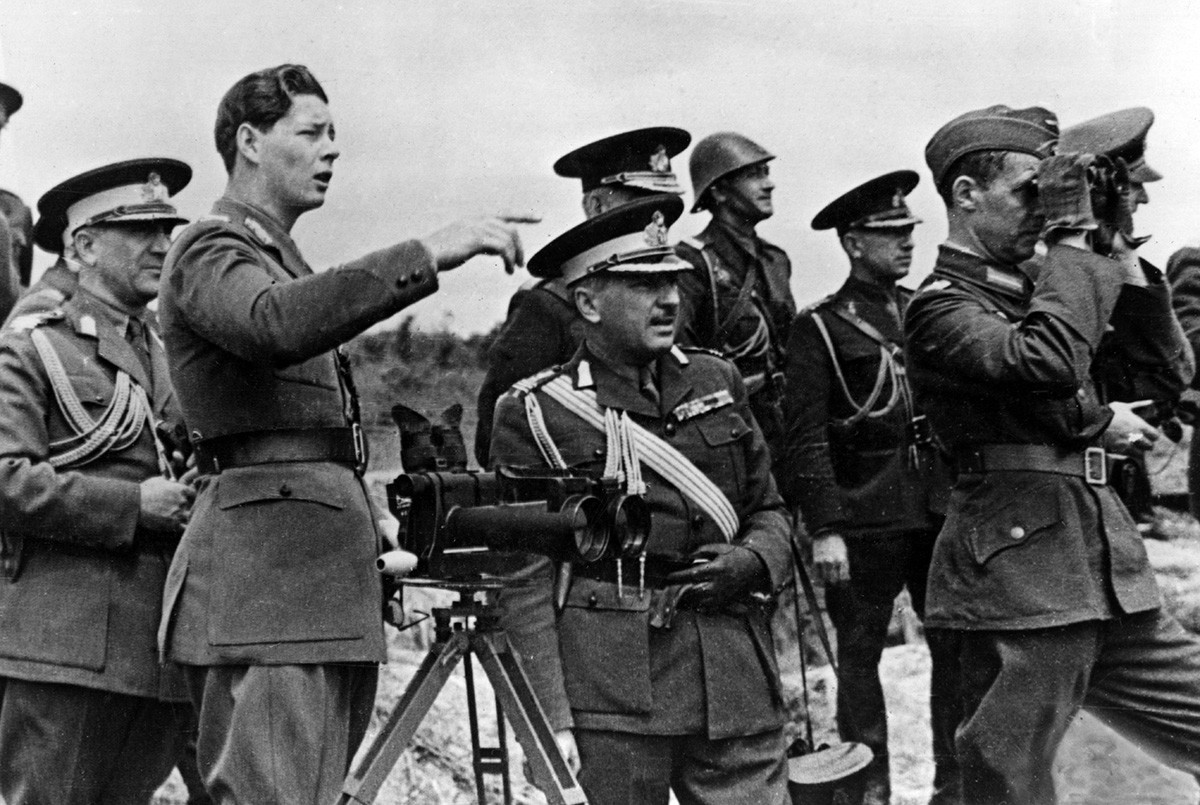 King Michael I of Romania with around him senior officers of the army at an observation post in front of the Soviet defensive positions in the Crimea, September 1941.

After this, the Communists, as had been planned, mounted an armed insurrection in Bucharest, taking key locations in the city under their control. The King made a radio address to the people of Romania, in which he announced the transfer of power in the country, an end to the war against the USSR and the Western allies and the formation of a new government under General Constantin Sănătescu.

“I personally was completely stunned by the news,” General Johannes Friessner, commander of Army Group South Ukraine, wrote in his memoirs. “I still can’t believe to this day that Antonescu knew nothing about such a well-advanced plot when he visited me on August 22. It is incomprehensible how the head of government could have failed to figure out the whole intrigue that was unfolding around him down to the last detail, particularly since, according to Ion Gheorghe [Ion Gheorghe Maurer was a Romanian Communist movement activist during the war], the coup had been long in preparation and the King had been initiated into the plans!” 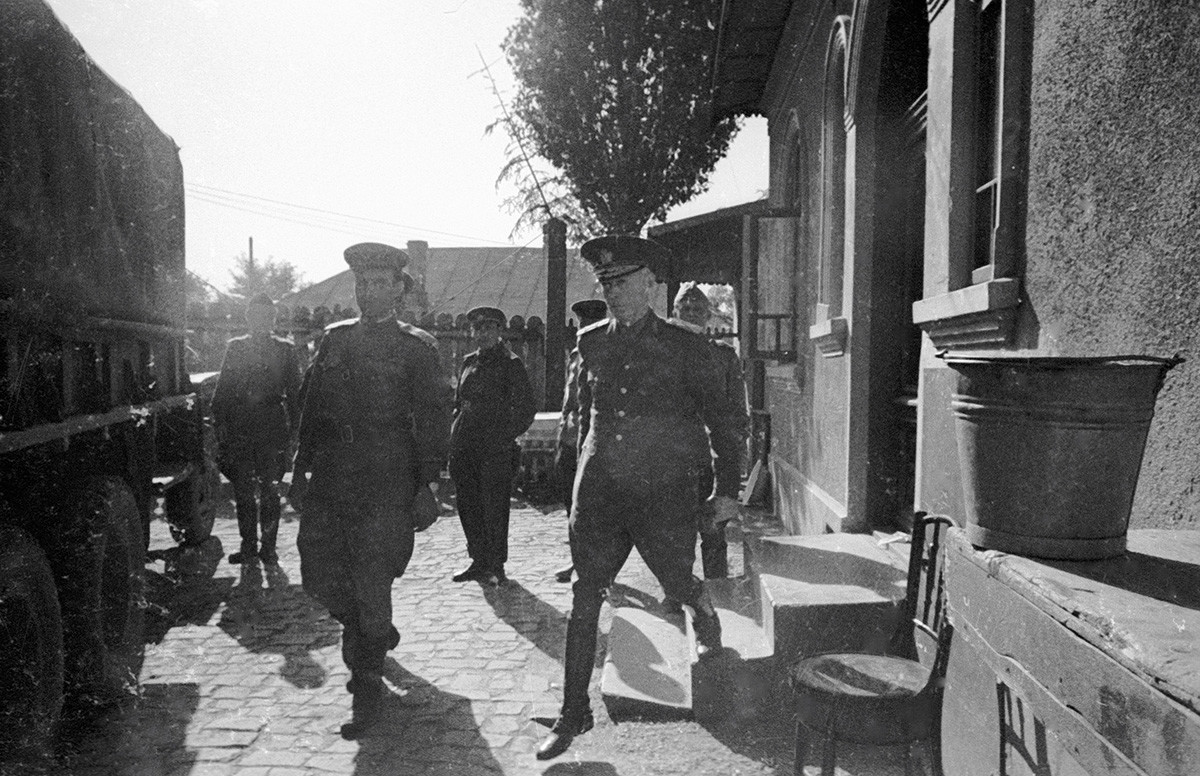 On August 31, 1944, the Red Army occupied Bucharest without fighting. Romania joined the anti-Hitler coalition, while its troops, under Soviet command, embarked on fierce battles against their former allies.

On July 6, 1945, Marshal Fyodor Tolbukhin presented King Michael I with the Soviet Order of Victory. It was conferred, as a rule, on military commanders who had successfully carried out a major strategic operation that had a significant impact on the course of the entire war.

According to an official document, the monarch was honored “for the courageous act of decisively switching Romanian policy towards a break with Hitlerite Germany and alliance with the United Nations at a moment when the defeat of Germany was not yet a foregone conclusion”. Other foreign recipients of the order included General Dwight Eisenhower, Field Marshal Bernard Montgomery, Marshal of Yugoslavia Josip Broz Tito and Marshal of Poland Michał Rola-Żymierski. 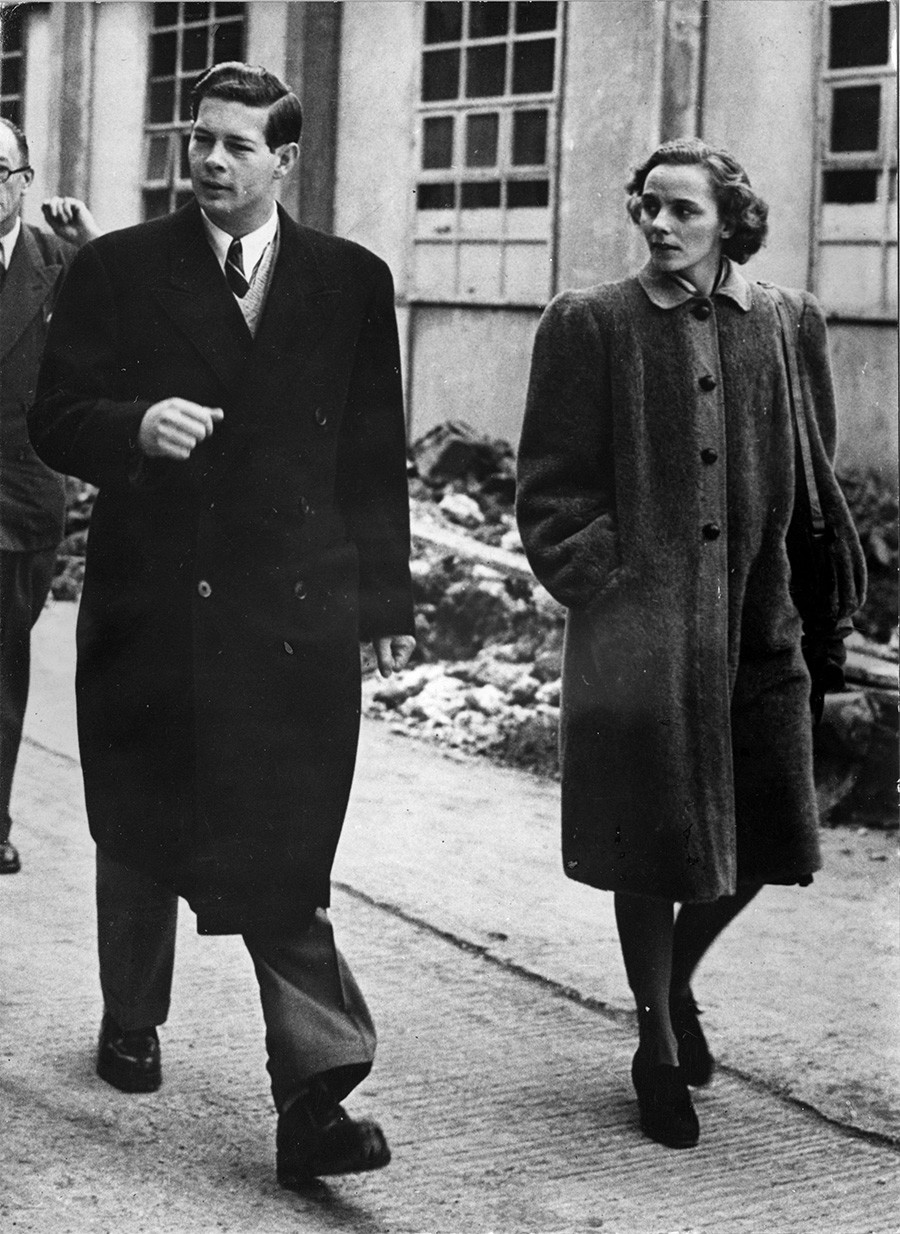 In switching from enemy to friend of the Soviet Union, Michael I managed to retain his throne. A paradoxical situation arose whereby, having firmly entered the sphere of influence of the USSR’s interests, the country continued to be a monarchy. In Moscow, Romania was jokingly described as a “socialist monarchy” and Michael himself was called the ‘Komsomol King’.

This situation could not last long, however. On December 30, 1947, the local Communist government forced Michael I to renounce the throne and leave the country. On that day, the Romanian People’s Republic was proclaimed.