Is it true that Soviet citizens were forced to go on month-long vacations? 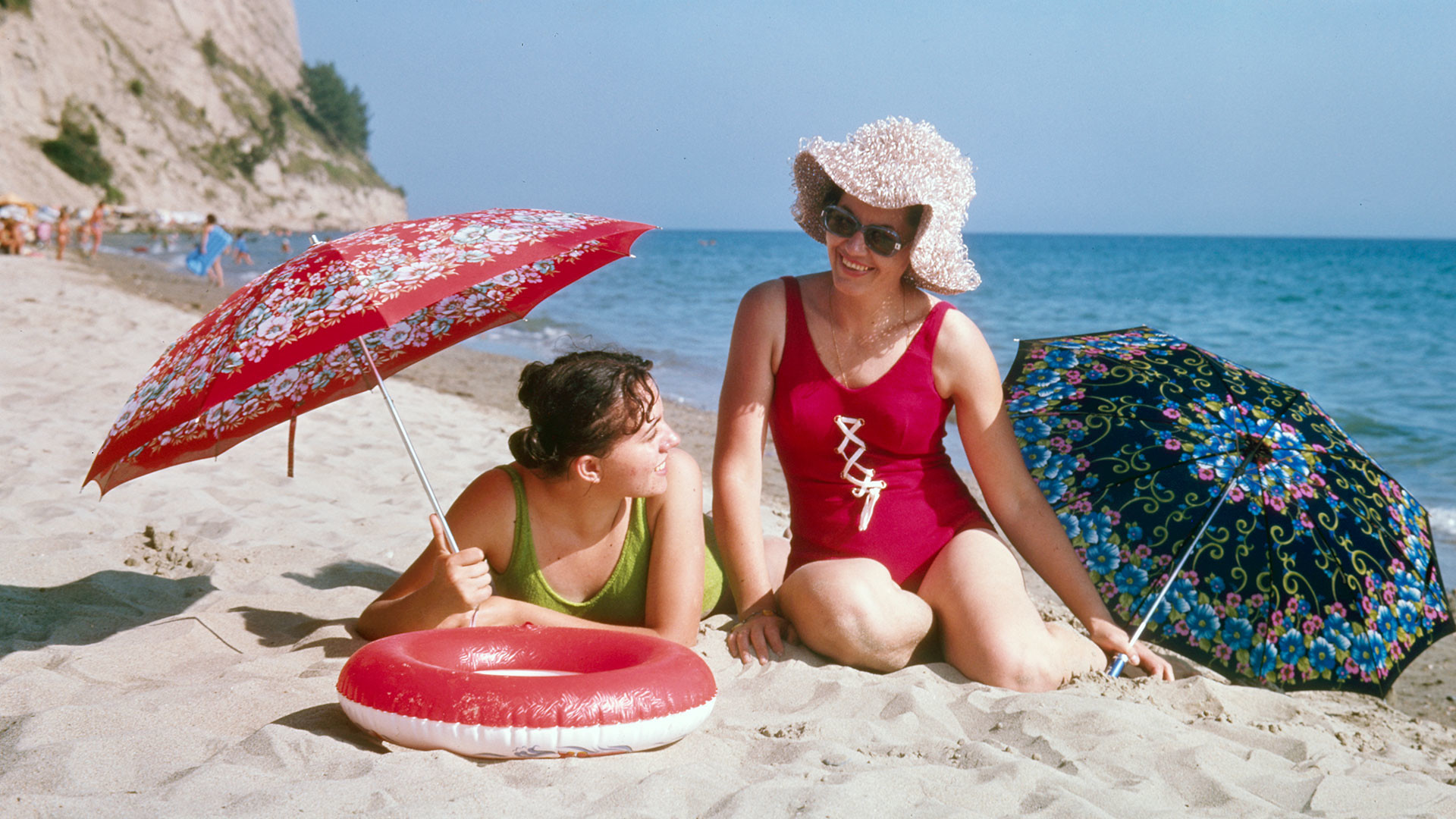 Panov/Sputnik
Do you work all year round without a holiday? In Soviet times, such a state of affairs was unimaginable. Paid vacations were one of the “great socialist victories” of the USSR.

Soviet Russia was one of the first countries in the world to legislate regular working hours and paid leave. The length of vacation varied over the decades of Soviet rule, but in the post-war years it lasted a whole solid month, or even more.

When did paid leave appear in Russia? 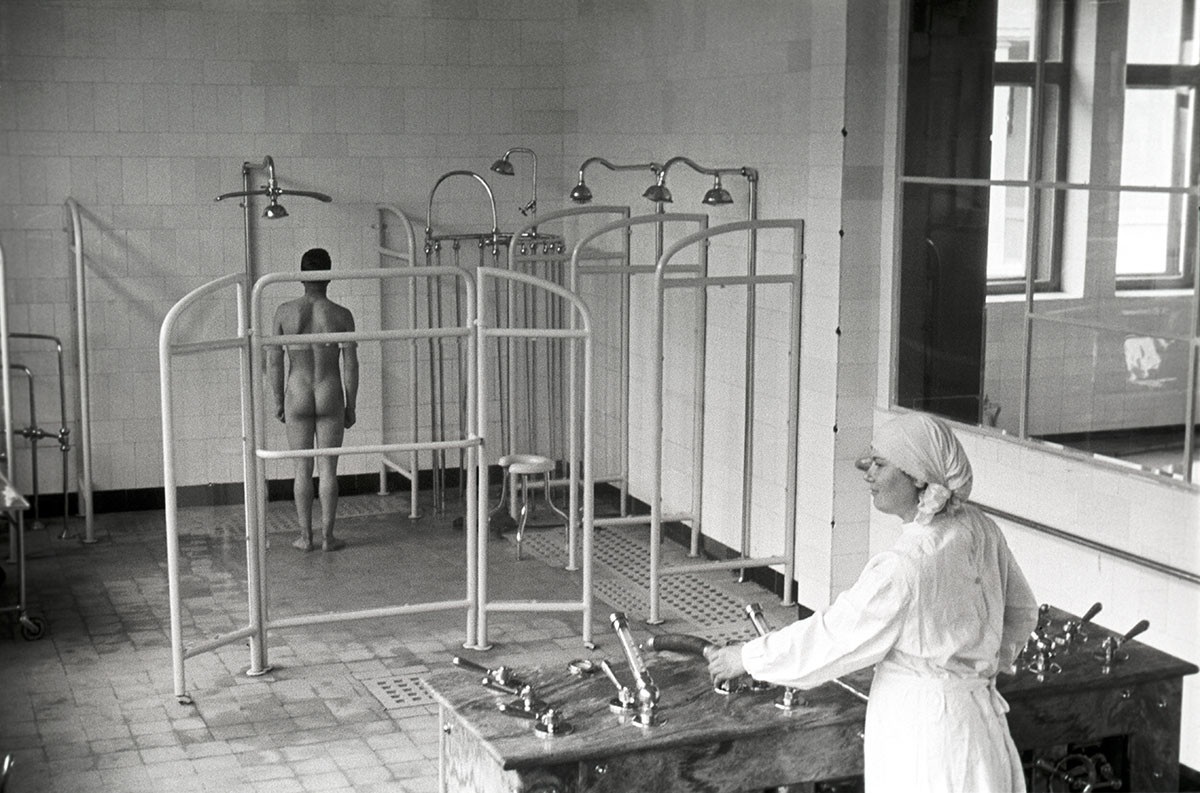 Hard to imagine now, but until 1917 workers toiled away in factories without vacation. It was possible to take leave by agreement with the management, but this was not paid. What’s more, the working day back then lasted not eight, but ten hours, and the only day off was Sunday. Almost immediately after the revolution, however, the concept of paid leave was introduced for all working citizens.

Vacation time in the Soviet Union was canceled only once: during the Great Patriotic War. Even then money was set aside for paid leave, placed in a special fund for the worker, and then handed out after the war.

How much vacation did Soviet people get? 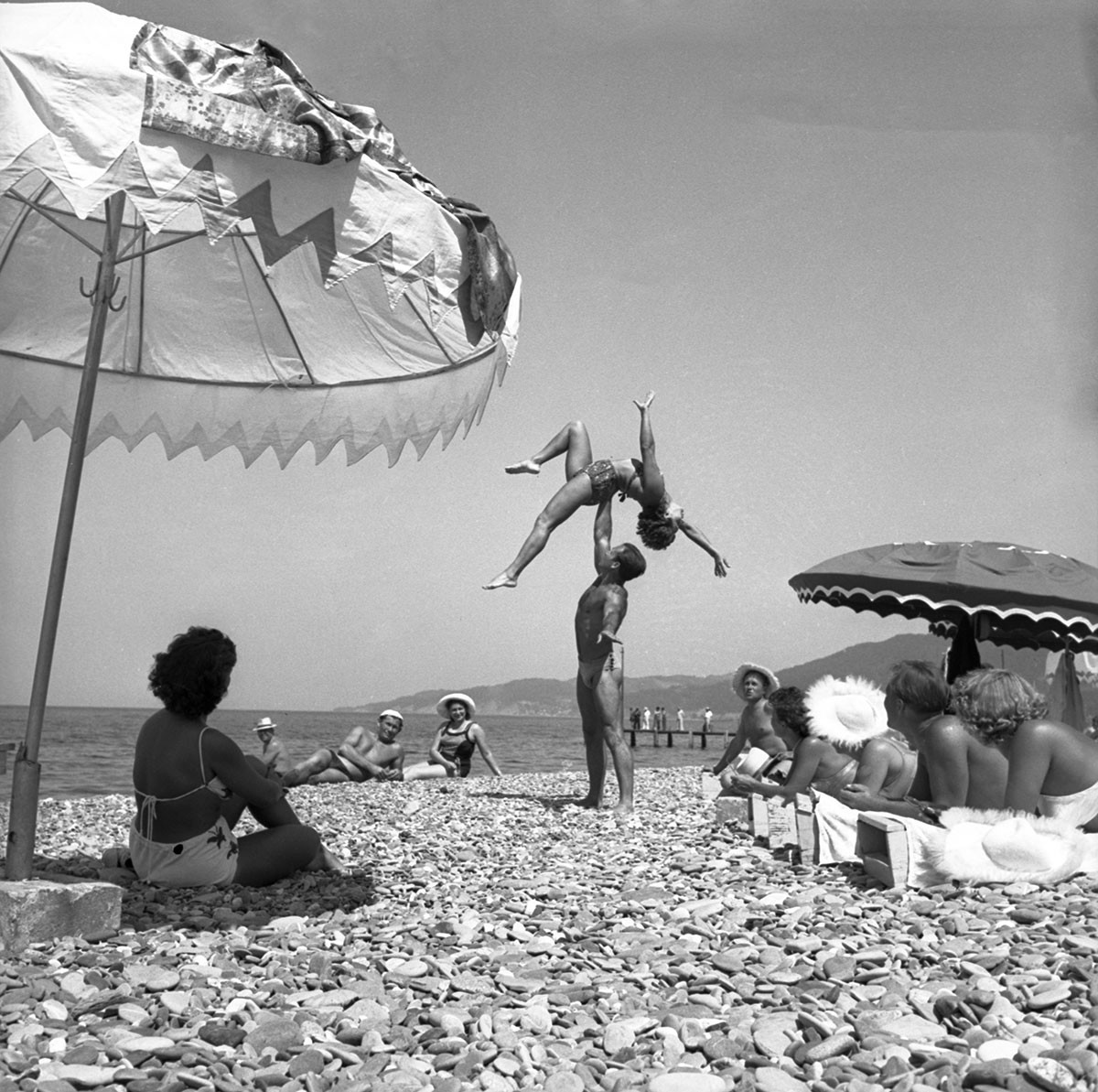 For instance, citizens who worked in scientific and educational institutions received 24–48 working days of vacation; those working in the Russian Far North received an additional 18 days of vacation; and for more than 3 years’ work in the forest industry six additional days were granted. Interestingly, in the overwhelming majority of cases, leave was given all at once, that is, for a solid month or more, although there was no law governing this.

“I always took 28 working days in succession, no one divided it up,” recalls Nina Grigorieva from Moscow Region, an optician by profession.

“When I was little, my grandparents went on vacation to the sea for 3-4 weeks. That is, their vacation was long and undivided,” says Yulia Petushkova from Nizhny Novgorod. 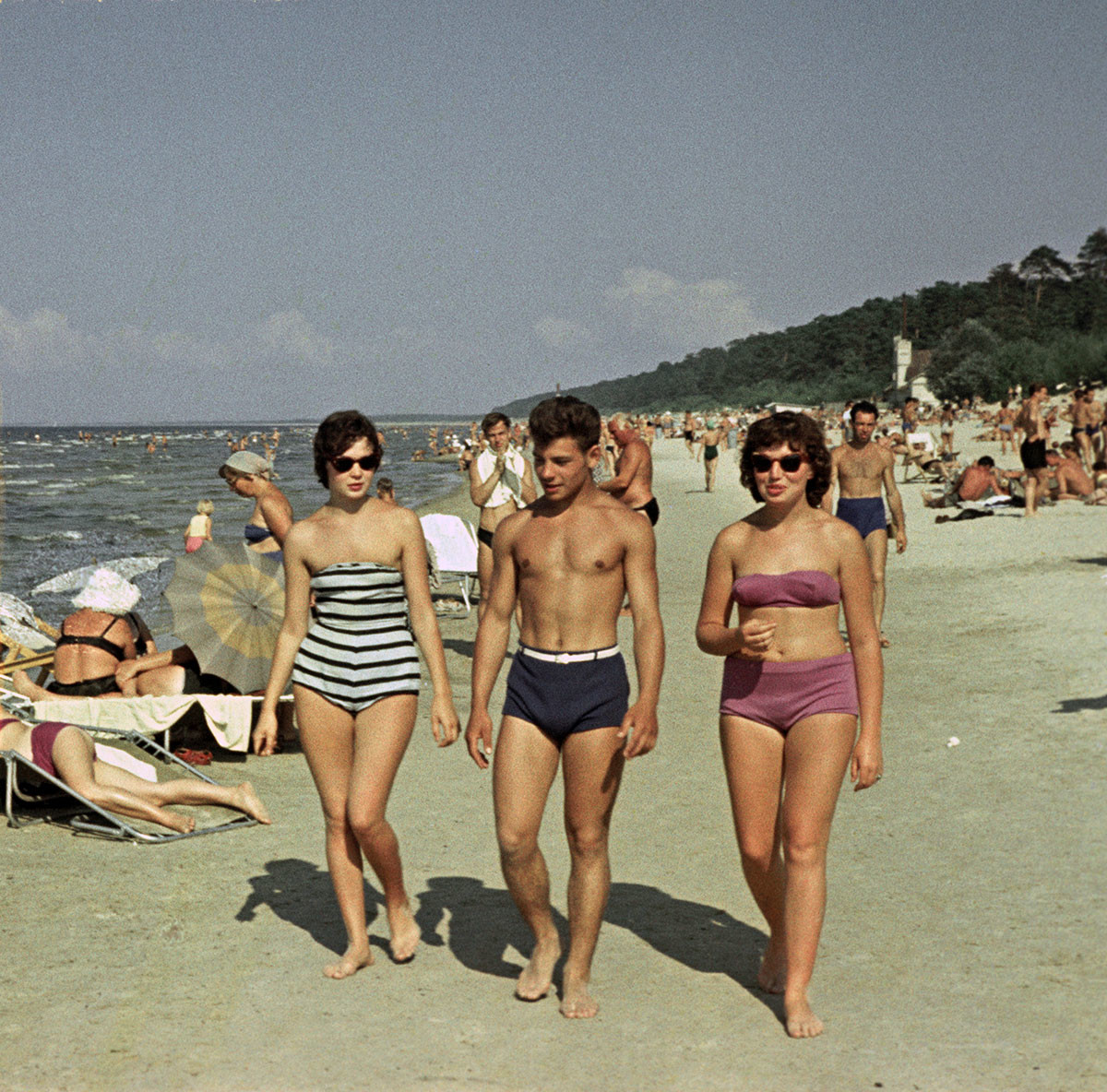 What’s more, many spent their holidays in a sanatorium, where the treatment programs lasted at least three weeks. Given the time it took to travel to such destinations, it made no sense to break up the vacation into smaller periods. The most desirable holiday season was summer – sometimes entire shifts went on vacation all at once, and those who remained used the time to check equipment, etc. The “velvet season” (September/October) was also in demand, as there were fewer crowds by then and the weather was still warm.

Soviet employers operated a rather interesting system for calculating “vacation pay”: people received their salary for the previous month, plus for any days worked in the current month, plus vacation pay, which was calculated using a complex formula, but was effectively equal to their salary, plus additional wages for overtime, etc. (To learn about where Soviet people liked to vacation and what they could afford, see here)

By 1991, in the dying days of the Soviet Union, the basic vacation period had reached 24 working days, but then, in 2002, it was set at 28 calendar days as per the European Social Charter.

What if you didn’t go on vacation? 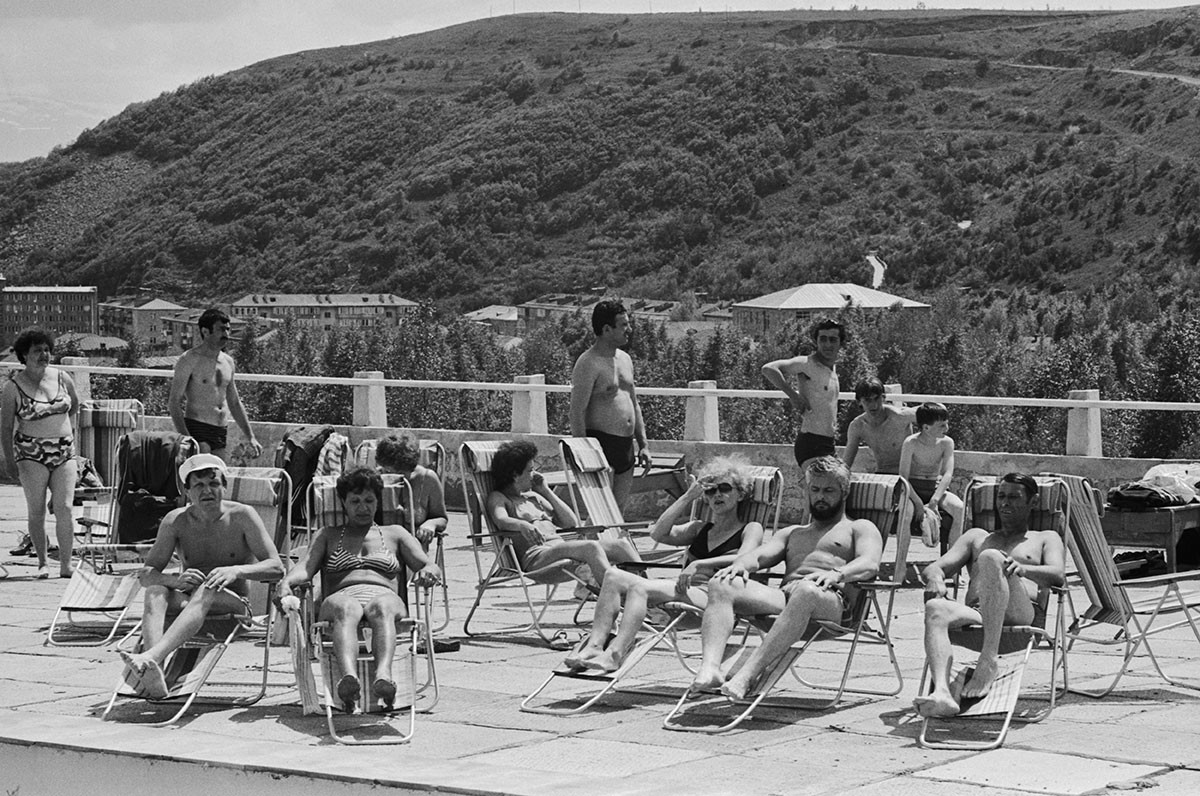 One of the peculiarities of Soviet labor law was the drawing up of the next year’s vacation schedule at the end of the current one. Clearly, there were times when a worker might not be able to take leave during this scheduled period, in which case, if they couldn’t arrange a postponement with management, they simply took monetary compensation. But this was heavily dependent on the place of work, and also quite rare.

“We were not forced to go on vacation. If an employee didn’t want to or couldn’t, they could take compensation instead. For example, if an employee was sick a lot and had already had time off, they might prefer to take compensation,” recalls Tatiana Sorokina, who in the late USSR worked in a Moscow library. “At school and college, meanwhile, there were no classes in the summer, so you had to take a vacation.”

She herself says that she had the option to take paid leave at any time and even break it up with the administration’s consent (mothers of children under 16 had this right), while the vacation itself was as long as two months (and that was after grad school). “But usually we planned ahead and scheduled employee vacations so that the absence of an employee was not keenly felt,” she says.

“My dad told me that vacation was only possible all at once and in accordance with the schedule,” says Valentina Pakhomova. “He worked in Kovrov (Vladimir Region). If someone didn’t want to go on vacation, then they just took the money.”

“As for my dad, he never took his paid leave all at once,” says Yulia Petushkova. “He took a week to do repairs, three days to plant potatoes, the rest he cashed in.” 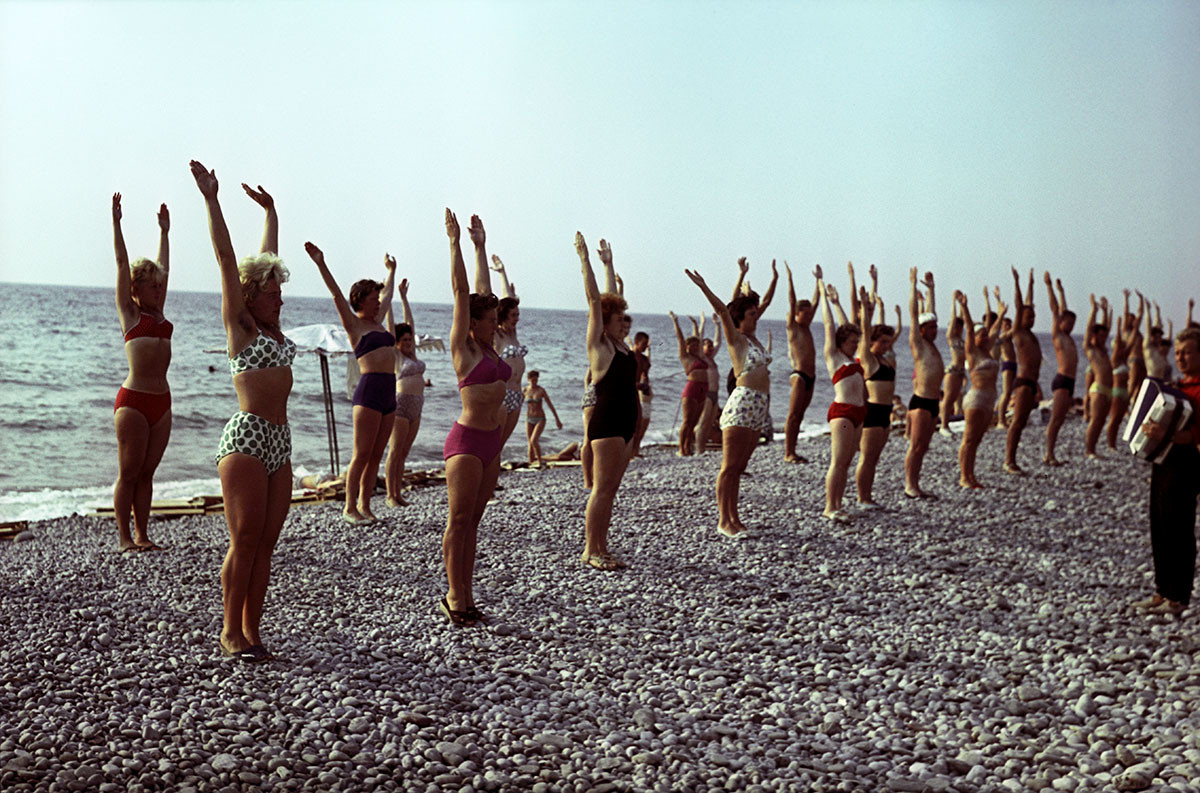 Much of the Soviet legislation on vacation time has passed into modern Russian law. For example, as before, companies and enterprises draw up vacation schedules (although the dates can now be changed more freely), employees have both a basic vacation (28 calendar days) and additional time off, depending on the working conditions and profession. That said, something has changed: the law now specified that this time can be divided into several parts, one of which must be at least two weeks. And it used to be that money for unused vacations was paid out at the end of the year, but now any unused days are simply rolled over to the next year. It is some companies’ practice to send overworked and underrested employees on vacation out of turn. On dismissal, compensation is paid for unused leave.