How did Mongolia contribute to the Soviet victory over Nazi Germany? 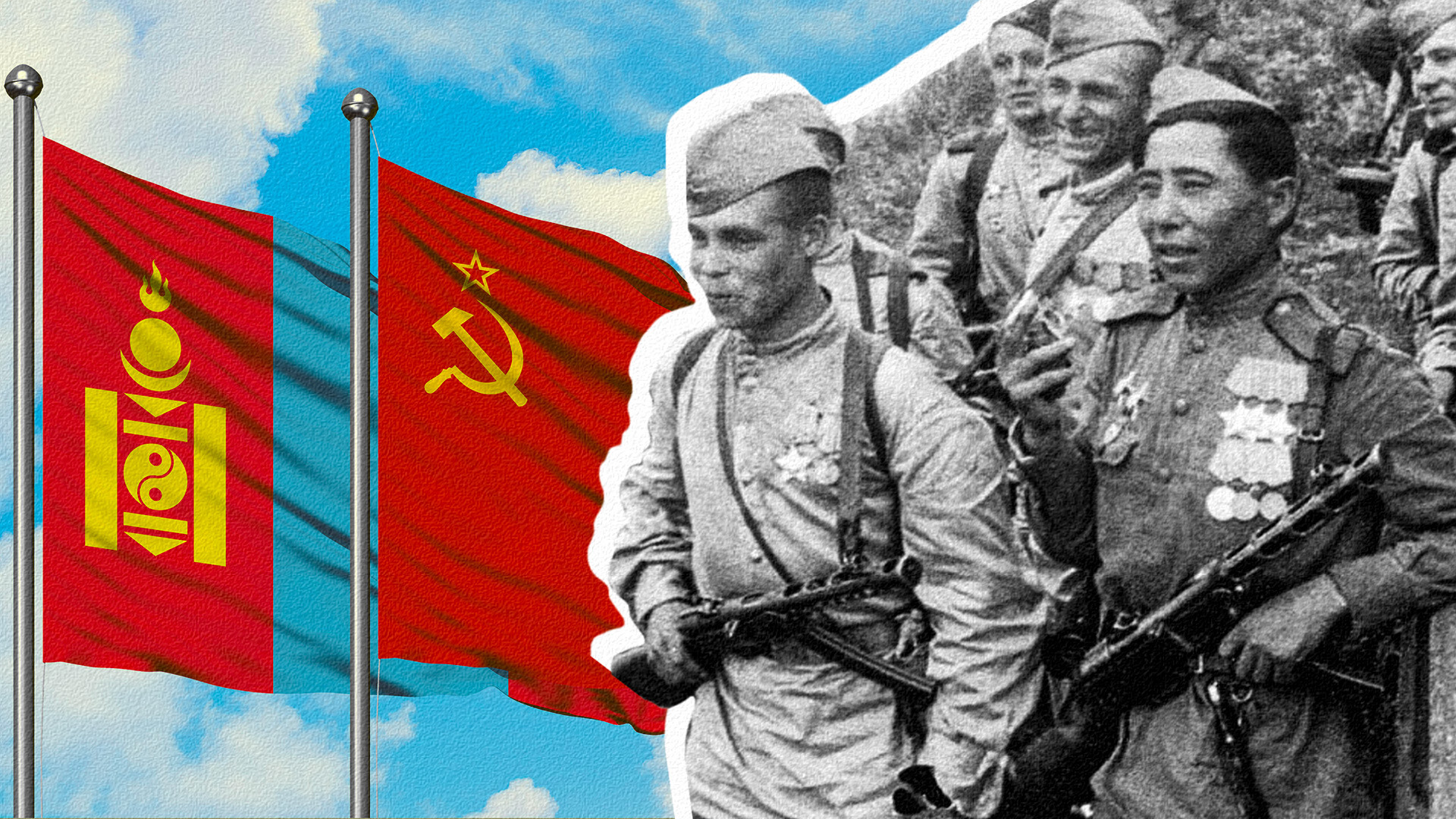 Russia Beyond (Photo: Legion Media)
One in five horses in the Red Army came from Mongolia and one in five overcoats used by Soviet soldiers were made of Mongolian wool.

Mongolia was one of the staunchest allies of the Soviet Union in the first half of the 20th century. The two countries jointly opposed the Japanese invasion of the People’s Republic in 1939. When, on June 22, 1941, the USSR was invaded by German troops, the Mongols didn't stand idly by. 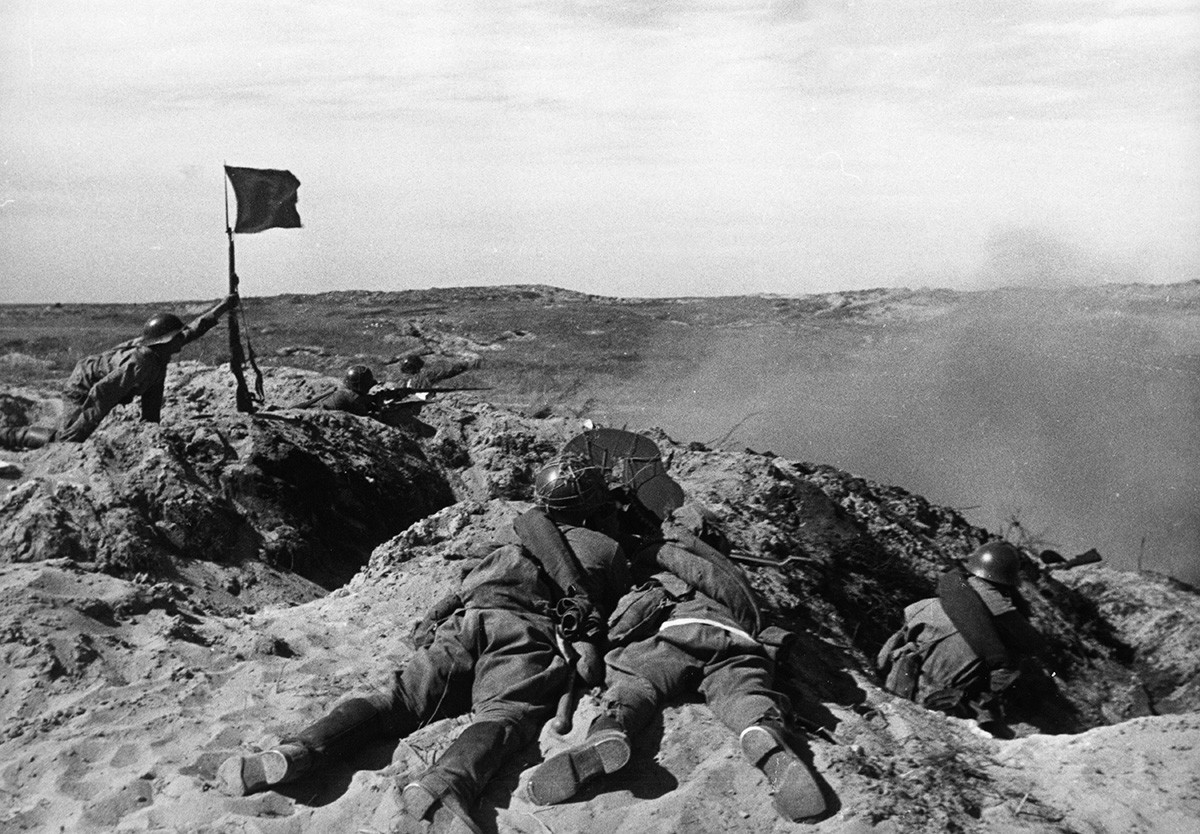 The war in Europe, unfolding so far away from Mongolia, suddenly became its war. And, in some respects, the assistance that this sparsely populated and poor country rendered to the USSR was on a par with the aid provided by the United States under the Lend-Lease program.

‘Gift from the Mongolian people'

The Mongolian leadership knew that it was not in a position to send its troops to the West: Japan still posed a tangible threat and the country was not able to form a significant contingent of expeditionary forces anyway. That is why the republic intended to focus its efforts on providing all possible economic assistance to its northern neighbor. 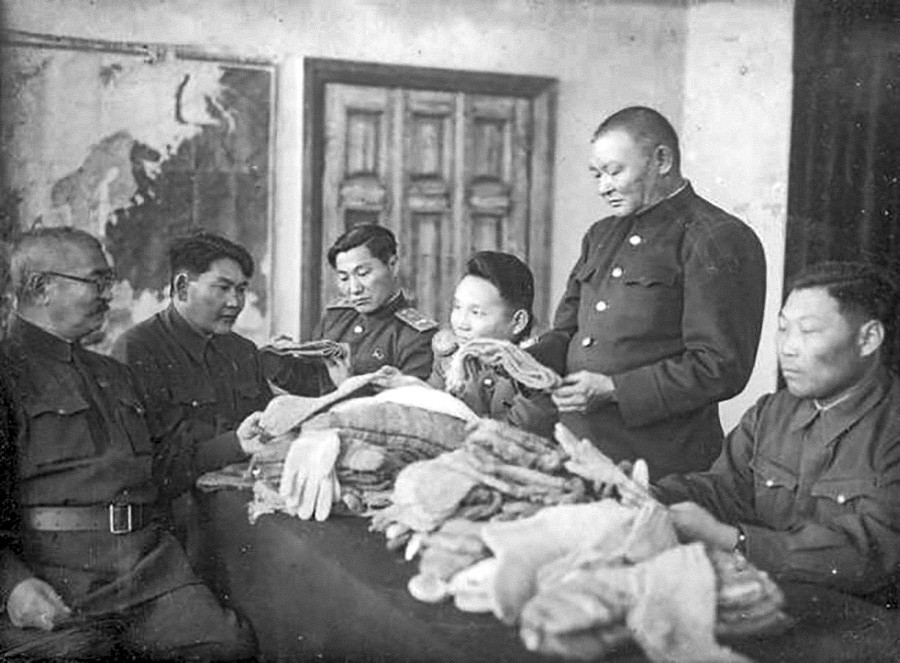 Under the slogan: “There should not be a single person in the country who has not made a personal contribution to the Red Army aid fund”, Mongolia launched a campaign to collect money and gifts for Red Army soldiers.

Already in October, the first train loaded with sheepskin coats, fur vests, warm mittens, felt boots, sweaters and belts donated by Mongolian citizens left for the Soviet Union. The next echelon, which was dispatched in February 1942, also contained food products: meat, sausages, butter and confectionery. Trains with aid were dispatched to the USSR till early 1945. 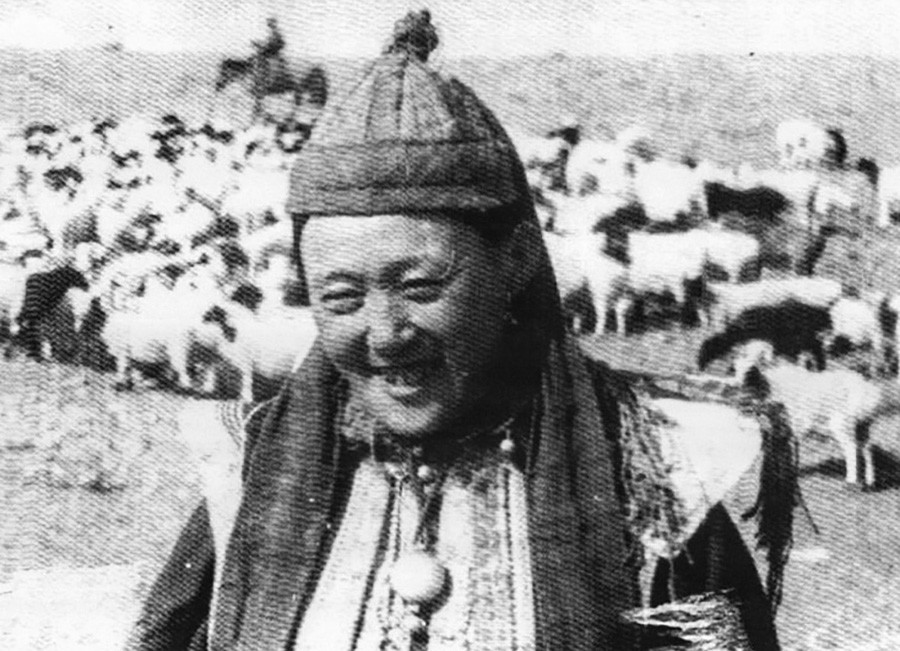 In addition to donations, Mongolia carried out large deliveries of meat, wool, sheepskin and horses to the USSR on a regular basis at nominal prices. In return, Moscow supplied Mongolia with industrial and food products that the Asian country needed and offset Mongolian debts to the Soviet Union. 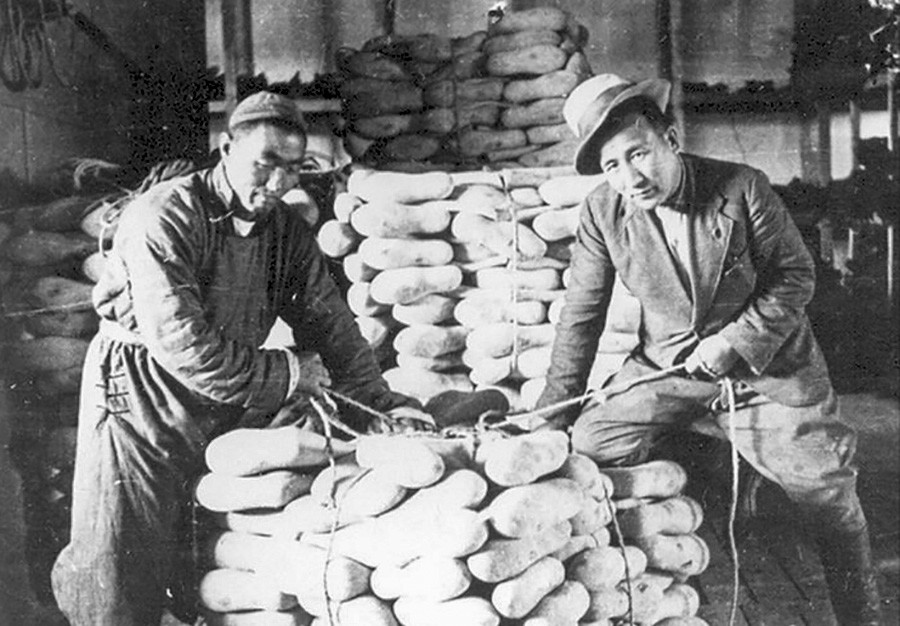 Throughout the war, Mongolia provided its northern ally with some 500,000 tons of meat (to compare, the USA supplied the USSR with 665,000 tons of canned meat) and 64,000 tons of wool (the USA sent 54,000 tons). One in five overcoats used by Red Army soldiers were made of Mongolian wool.

In effect, the Mongolian People’s Republic was the sole supplier of sheepskin for the USSR. The material was used to make winter coats for Red Army commanders. 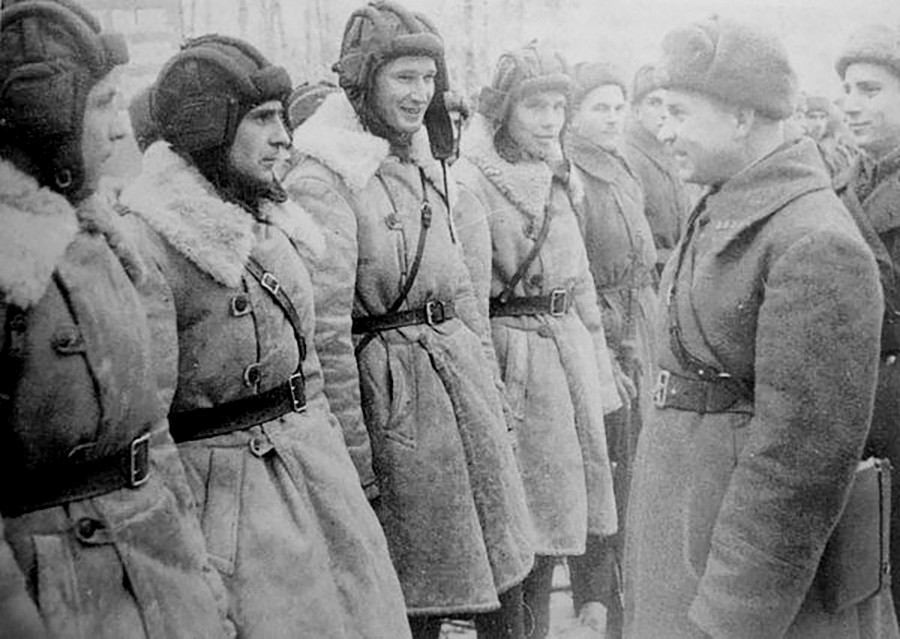 Another crucial area in which Mongolian aid to the USSR was key were horses. In the initial period of the war alone, the Soviet Union lost almost half of its livestock: by September 1942, out of 17.5 million horses, only nine million remained.

Throughout the war, the Mongolian state bought almost 485,000 horses from its cattle breeders to be supplied to the Soviet Union, with a further 32,000 horses donated by herdsmen.

The low-maintenance and hardy animals proved very good at adapting to the harsh conditions of the Eastern Front and were of vital help to the Soviet troops in transporting goods and pieces of artillery until the shortage of trucks was resolved. One in five horses used on the Soviet front came from Mongolia. 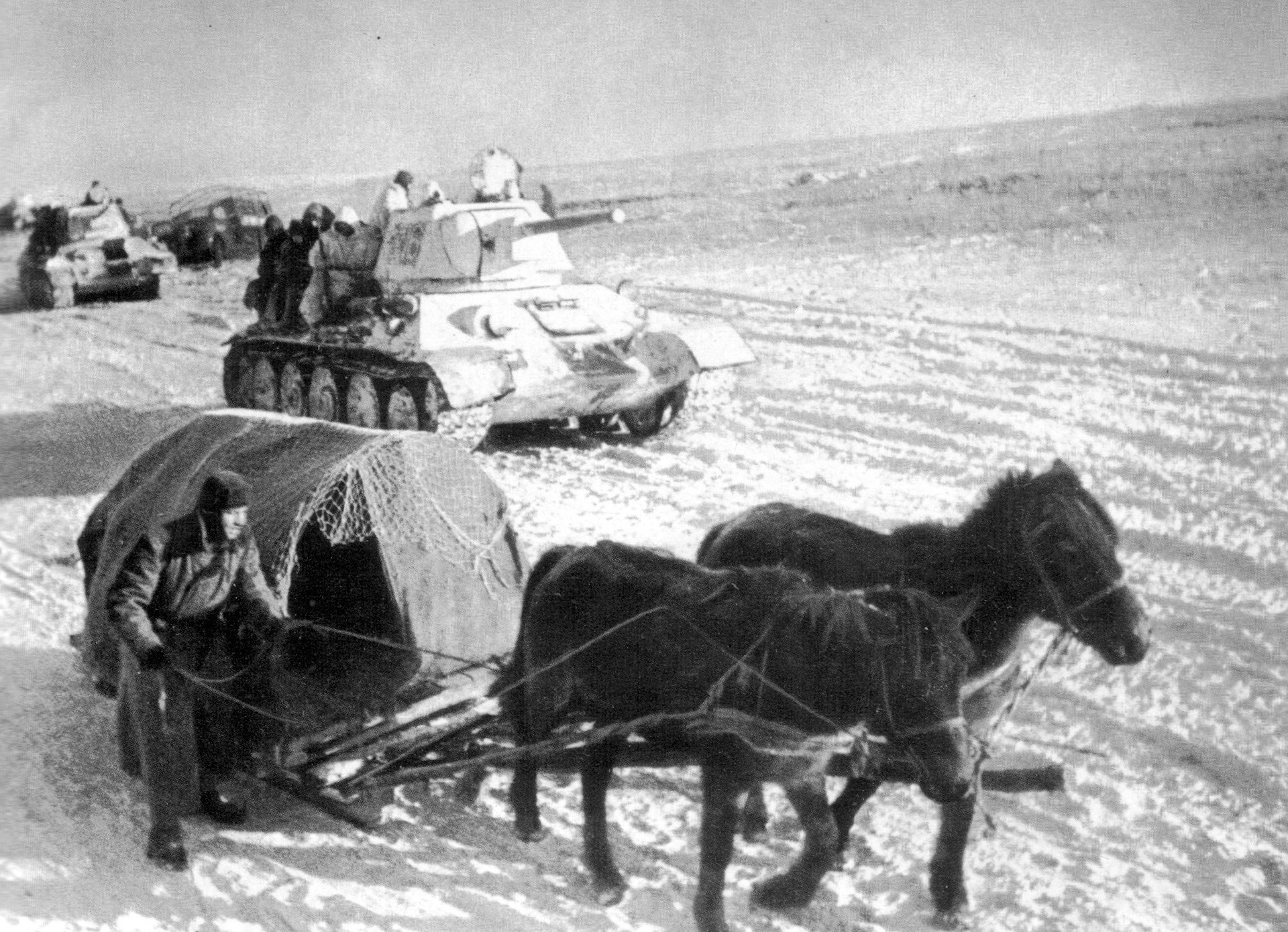 “The horses had excellent marching qualities,” Soviet general Issa Pliev recalled. “The short Mongolian horse has a strong build and short strong legs with small strong hooves. It is capable of covering a distance of 100 kilometers in a day for several days in a row... Thus, the hardy and low-maintenance Mongol horse reached Berlin together with Soviet tanks.”

On January 16, 1942, the leadership of the Mongolian People’s Republic decided to start collecting funds to manufacture a tank column to donate to the Red Army. A year later, a Mongolian delegation led by the country’s leader, Marshal Khorloogiin Choibalsan, presented the Soviet 112th Tank Brigade with 32 T-34 tanks and 21 T-70 light tanks made with the collected money.

The 112th Brigade, which was dubbed Revolutionary Mongolia, took part in the Battle of Kursk, where it successfully proved itself in battles against one of the most famous formations of the Wehrmacht, the Großdeutschland (Great Germany) Division. For their courage and heroism, the brigade’s servicemen were awarded both Soviet and Mongolian medals. 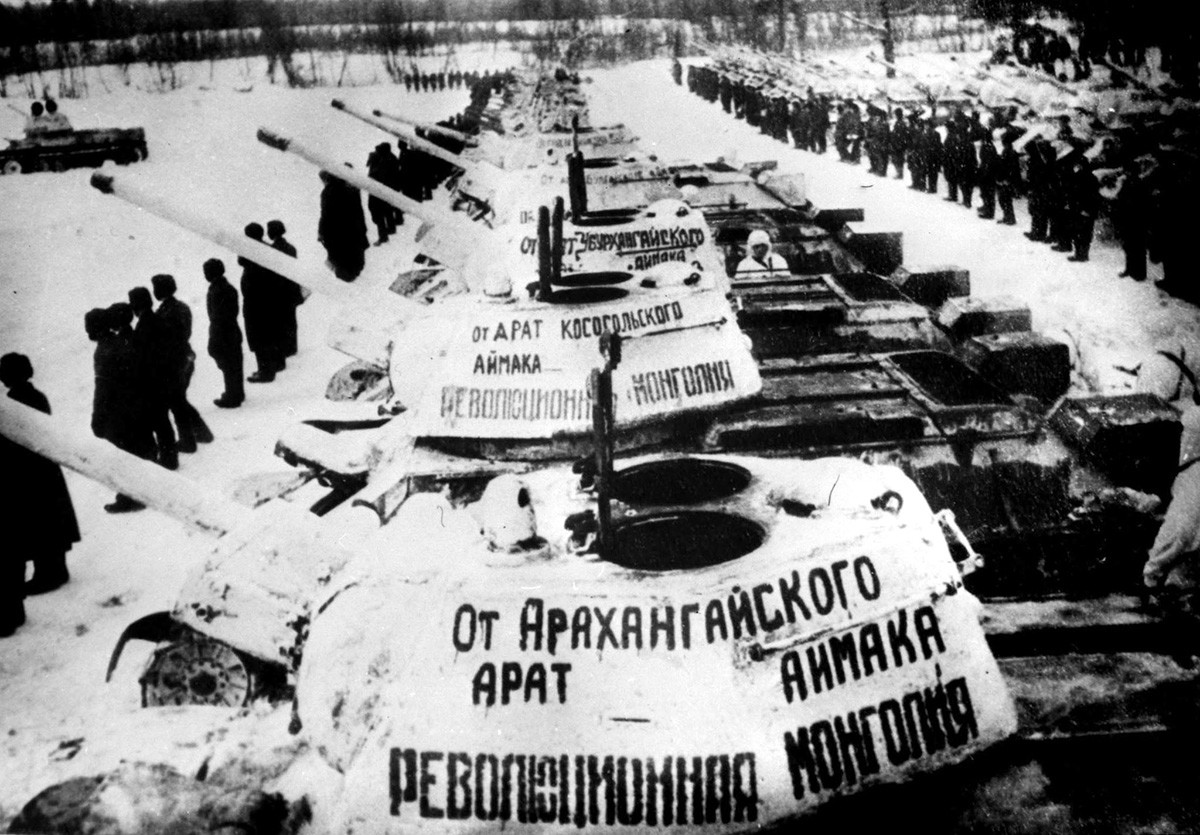 By the summer of 1943, with funds donated by the people of Mongolia, the 2nd Fighter Squadron, known as the Mongolian Arat Squadron, was set up. On September 25, it was handed over to the 2nd Guards Regiment of the 322nd Fighter Aviation Division.

“Finally, the long-awaited hour has come. One after another, 12 brand new La-5 combat aircraft emerged from behind the forest, each carrying a bright red inscription Mongolian Arat on its fuselage. Having circled over the airfield, the aircraft taxied to a specially designated area. Shouts [of] ‘Hurray, Mongol Arat!’, ‘Hurray, Mongolian people!’ drowned out the roar of the engines,” wrote Lieutenant General Alexander Semyonov recalling that day. 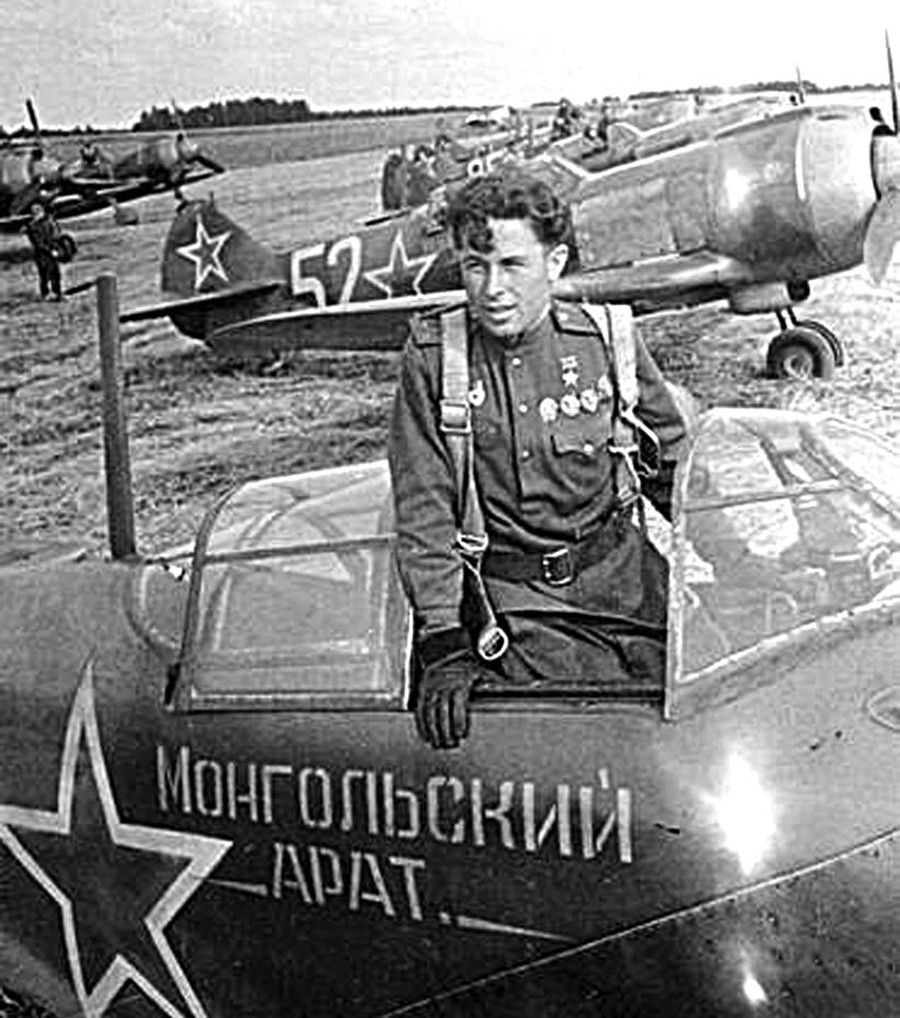 Fighters of the Mongolian Arat Squadron.

The squadron took part in such important battles as Operation Bagration, as well as in the Berlin and Prague operations. Its personnel (as well as the personnel of the Revolutionary Mongolia Tank Brigade) were partially maintained by the Mongolian side, which never failed to commemorate the servicemen’s bravery with awards.

In addition, from 500 to several thousand Mongol volunteers took part in fighting against the Germans on the Eastern Front. Red Army commanders valued them for their excellent skills as hunters and riders, so Mongolian volunteers mainly served in cavalry units and were successfully used as scouts and snipers.