How the architect of the Pearl Harbor attack fought against Russia 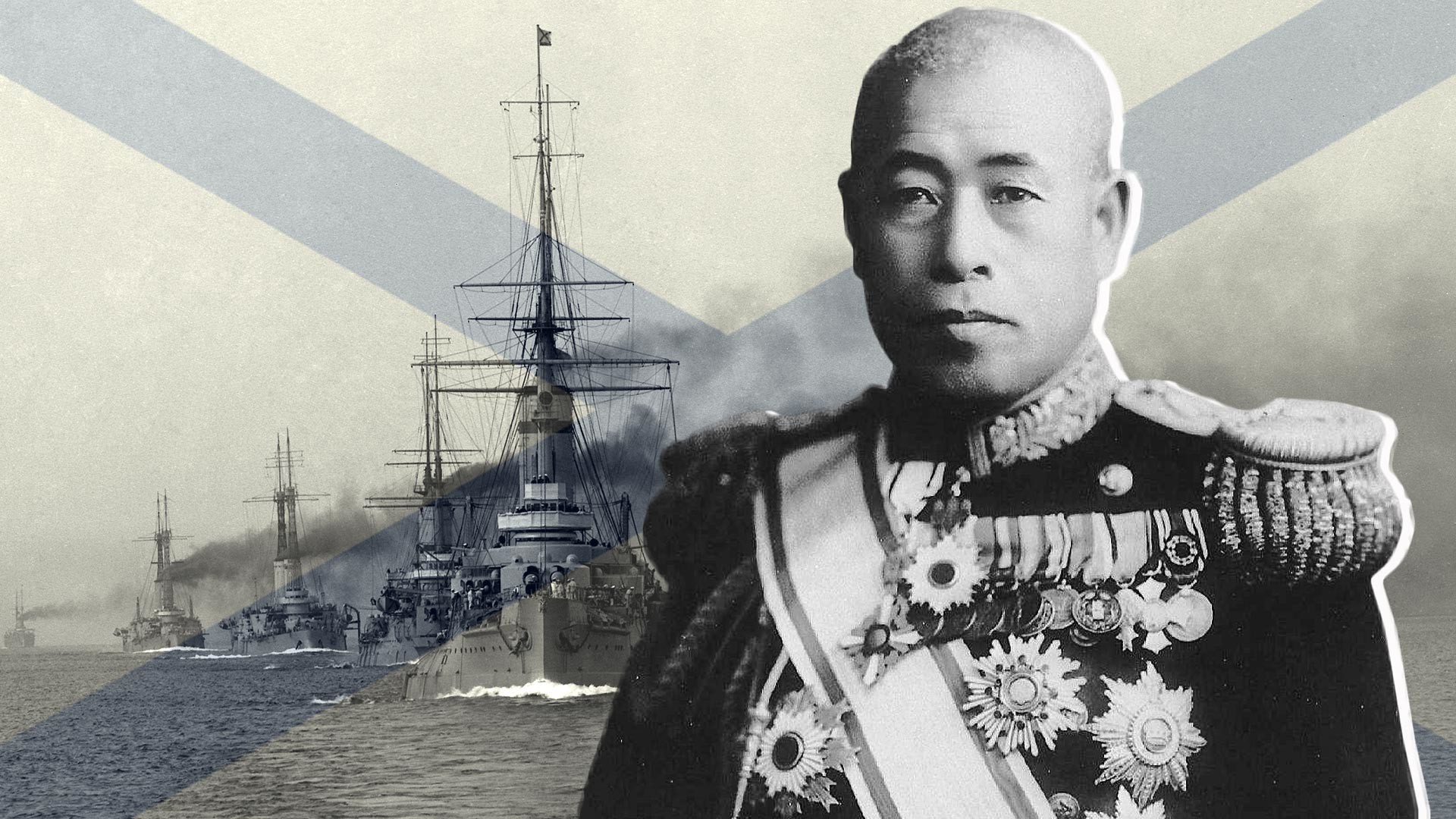 Russia Beyond (Photo: Public Domain)
Japanese Marshal Admiral Isoroku Yamamoto contributed to the most disastrous defeat in the history of the Imperial Russian Navy. However, in the end, fate would not give him the opportunity to go head to head with the Soviet one.

On Sunday, December 7, 1941, citizens of the United States experienced a massive shock: Japanese aviation had carried out a sudden strike on the Pacific Fleet, stationed at the Pearl Harbor base in Hawaii. A total of 21 ships were sunk or damaged, 188 fighter planes were taken down and nearly 2,400 American sailors, pilots and civilians were killed as a result of the attack. 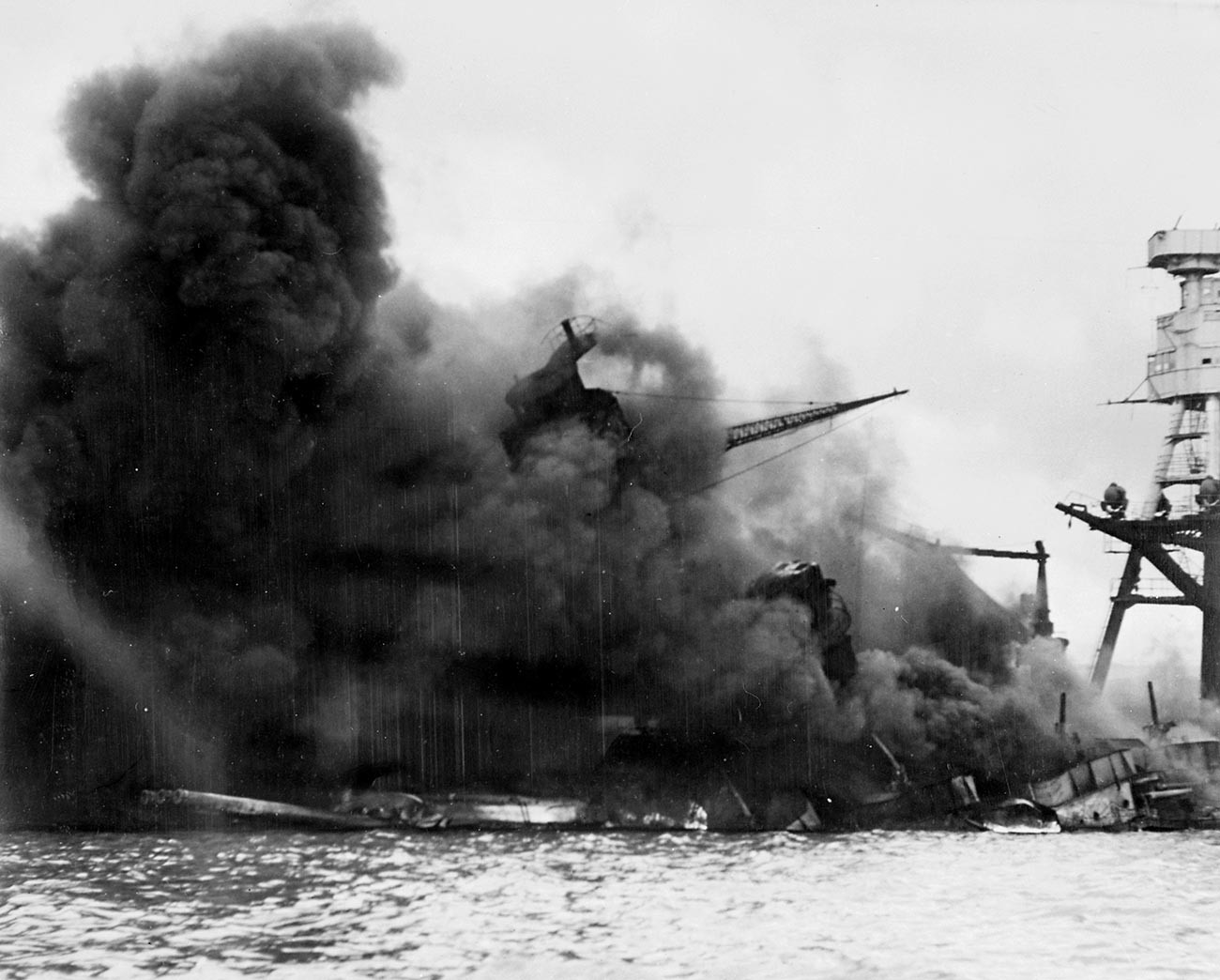 The USS Arizona sinking in a cloud of smoke after the Japanese attack on Pearl Harbor during World War II.

The act of striking great powers where it hurts was nothing new for the author of the crushing assault, Marshal Admiral Isoroku Yamamoto. 35 years prior to these events, he had delivered the Russian Empire the most horrible naval defeat in its history.

Against the Russian Empire

At the start of the 20th century, a Japan that had once been closed to the entire world - but was now modernized and rearmed - decided to challenge Russia’s dominating position in the Far East, in the hopes of weakening its position in Korea and north-eastern China. The course of the Russo-Japanese War of 1904-1905 shook global society: the Tsarist army could not achieve a single meaningful victory, as the Russian fleet was suffering one defeat after another.

In November, 1904, at the very peak of the conflict, the 20-year-old Isoroku Yamamoto (then Takano) had just graduated the Japanese Imperial Fleet’s academy with the rank of Kaigun Shōi Kōhōsei (midshipman), beginning his duty on the ‘Karasaki’ submarine tender. However, already by November, 1905, he was transferred to the armored cruiser ‘Nissin’. It was there that he participated in the Battle of Tsushima on May 27-28 of the same year - one of the darkest pages in the history of the Russian fleet. 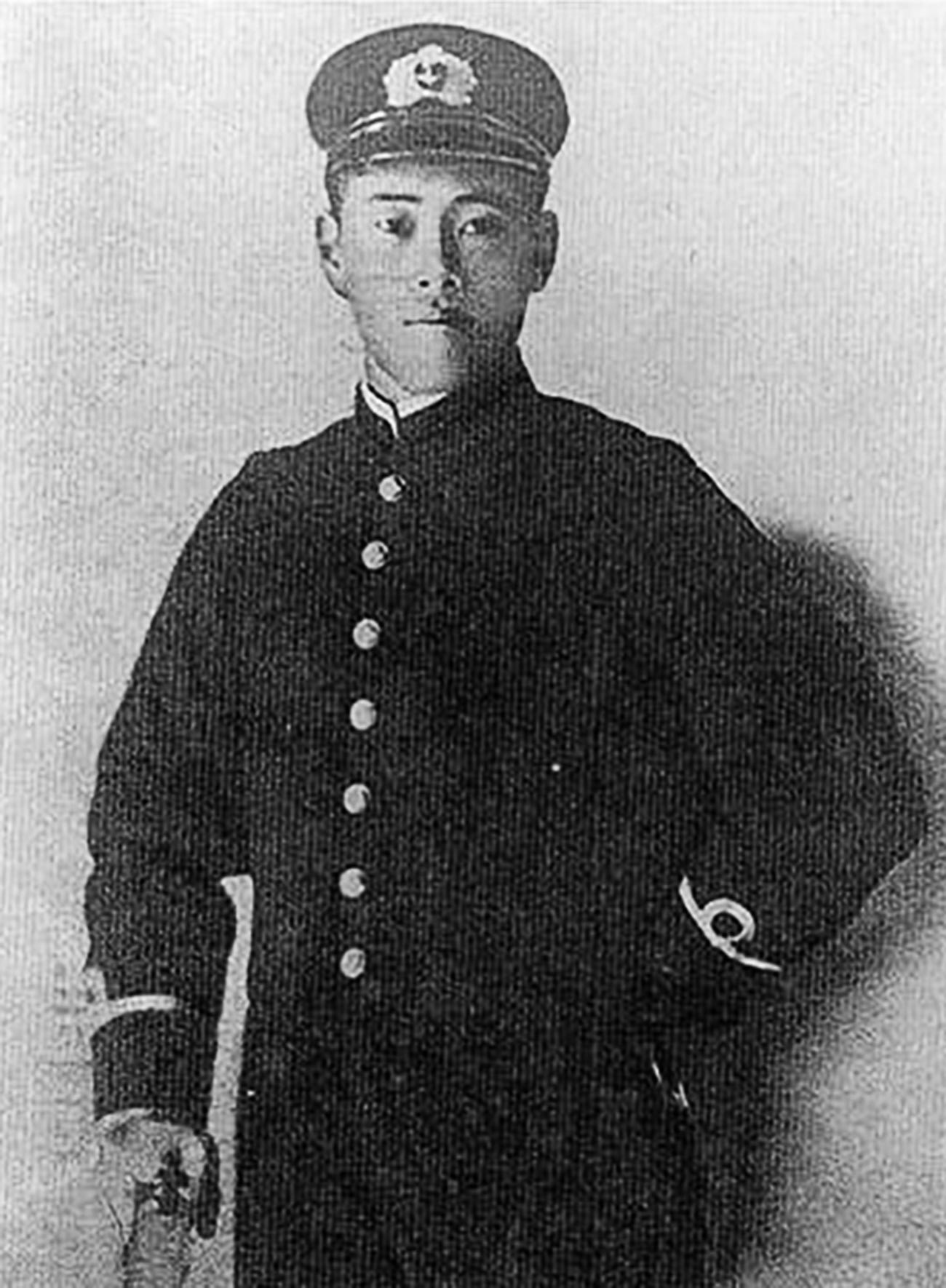 Isoroku Yamamoto in 1905 just before going into action during the Russo-Japanese War.

Having lost three destroyers, the Japanese managed to completely obliterate the Russian squadron that was sent to the Pacific from the Baltic Sea. More than 20 ships were either destroyed in battle, or sunk by their crews after sustaining heavy damage; another seven raised the white flag of surrender. Some 5,000 Russian sailors perished, with a further 7,000 having been taken prisoner by the Japanese.

‘Nissin’ sustained 11 hits in the course of the battle. Its bridge was taken down, while the shrapnel, caused by a powerful projectile that hit the bow tower, ended up in the conning tower, wounding Vice-Admiral Misu Sotaro. He became the only officer with that rank to be wounded in the Battle of Tsushima.

Yamamoto himself did not escape unscathed. “The projectile rammed right into the yet undamaged 8-inch cannon with a deafening rumble,” he recalled. “The toxic smoke completely coated the ship’s bow, while I was almost thrown back by the force of the terrible blast. I took several stumbling steps, then suddenly realized that… two fingers on my left hand had been detached and were being held in place only by the skin.” The young officer also sustained wounds to his left thigh. 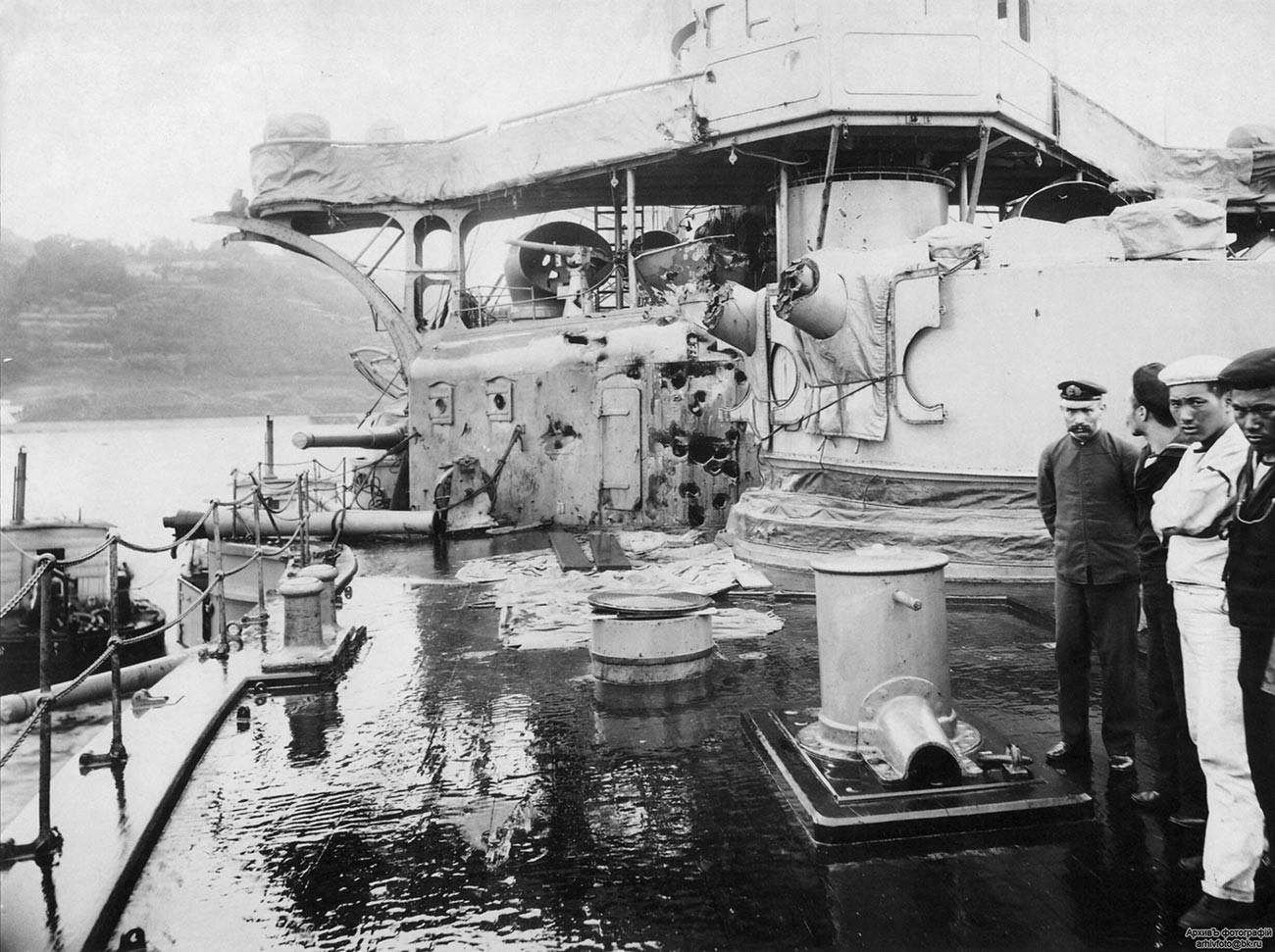 Photo of damage to Japanese armored cruiser Nisshin after one of its guns burst during the Battle of Tsushima in May 1905.

British military observers, who were onboard the ship during the impact, would later claim that the cause of Nissin’s weapon exploding was not the result of enemy precision shelling, but an overly sensitive fuse of one of the Japanese’ own explosives.

Isoroku was unbelievably lucky. Had he lost another finger - aside from the middle and index one, he would have immediately been discharged from the ranks of the armed forces.

As a result, his injuries did not stop Yamamoto from forging a successful military career with the fleet, while the Russo-Japanese War would end up serving as quality military training and becoming a heroic page in his biography. “As is to be expected from a man, who had gone through war and faced death, he was difficult to scare,” the Japanese press wrote of the admiral in the 1930s. 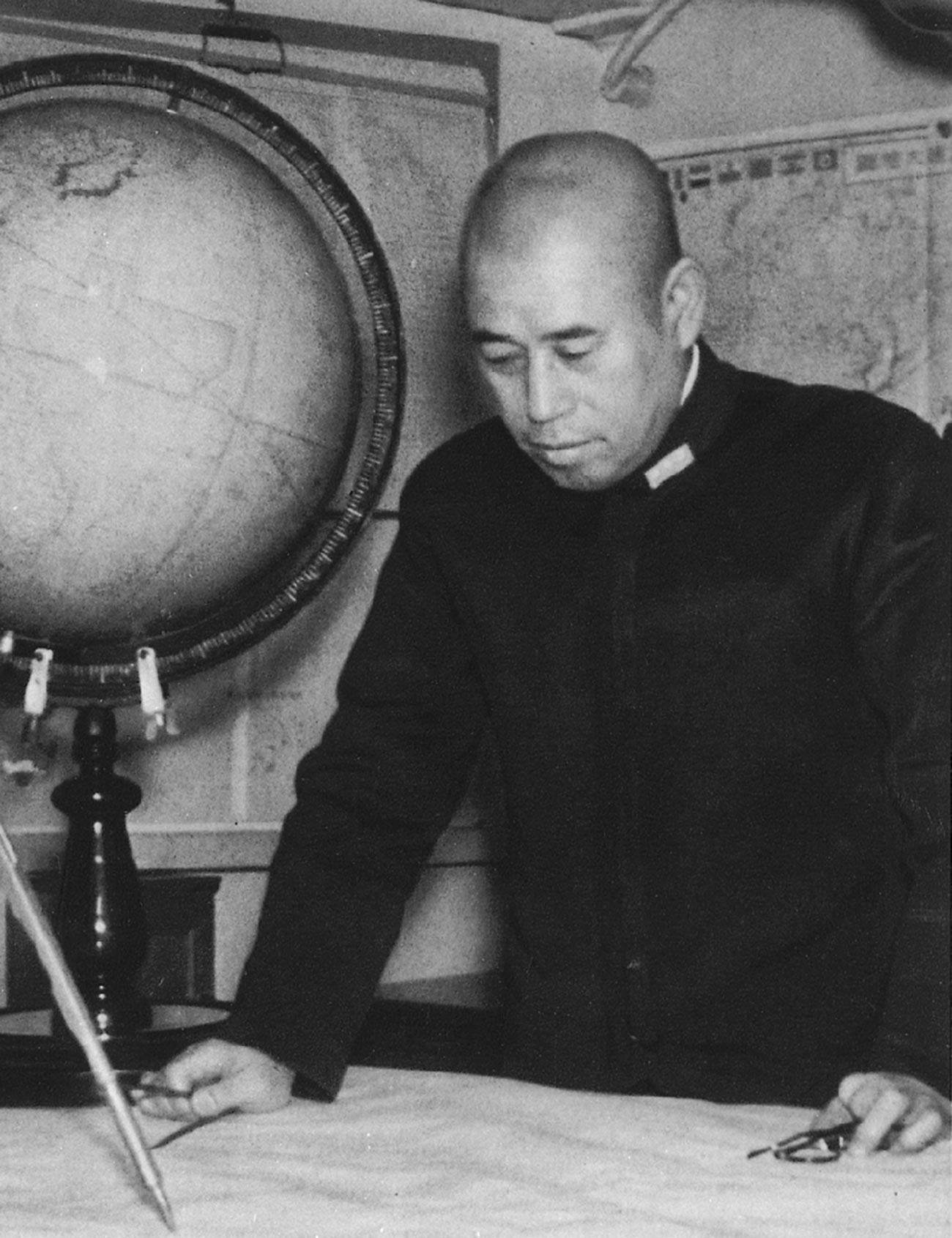 On August 30, 1939, Isoroku Yamamoto was promoted to commander-in-chief of the Combined Fleet - the main sea-going component of Japan’s Imperial Fleet. Following Pearl Harbor, through to the Battle of Midway in June, 1942, the Japanese navy was practically unstoppable under his command.

Isoroku Yamamoto managed to participate in the war against the Russian Empire, but was not fated to have the opportunity to battle the Soviet Union’s Pacific Fleet in the August of 1945. Two years prior to the start of the Russo-Japanese War, the Americans successfully carried out Operation Vengeance with the objective of eliminating the admiral. Having intercepted and decoded a Japanese radio transmission, U.S. forces gained access to the Japanese naval commander’s entire air route over the Solomon Islands. On April 18, 1943, Yamamoto’s plane ended up in an airborne ambush staged by a group of U.S. fighters and was destroyed.