How the Germans tried to rescue their troops at Stalingrad (PHOTOS) 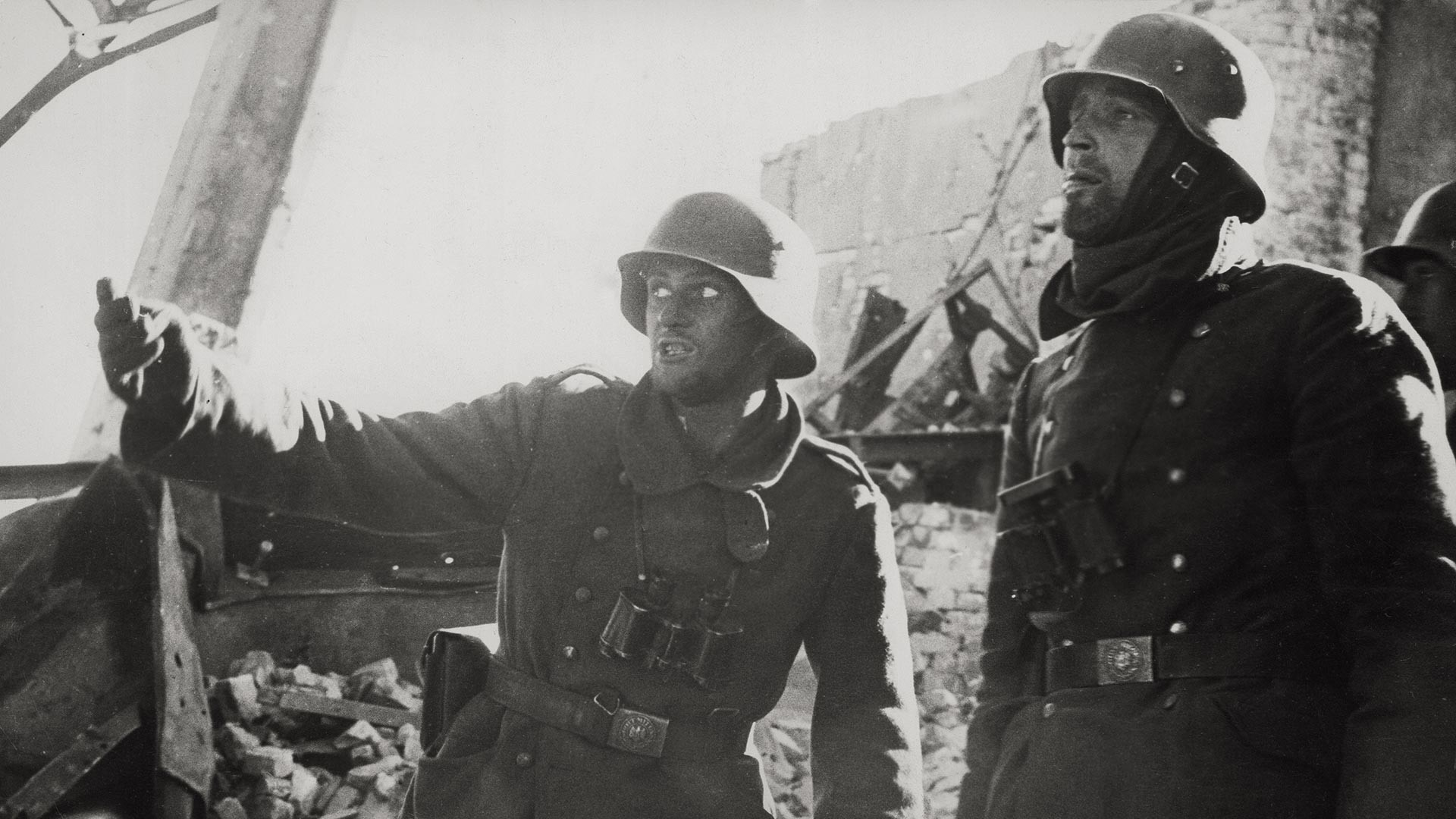 Mondadori/Getty Images
Had the Germans succeeded in their Operation Winter Storm (Operation Wintergewitter), all the efforts and sacrifices of the Soviet troops which had been heroically defending Stalingrad would have been in vain.

“Snow fell from our vehicle tracks. We were in frenzied spirits and, had it made sense, we would have been shouting ‘Hoorah!’ We were firing at every target that appeared, operating our machine guns to their very limit… The Russian infantry dispersed in all directions; they must have thought we were madmen,” is how 1st Lieutenant Horst Scheibert remembered the launch of Operation Winter Storm that aimed to break through to Friedrich Paulus’s 6th Army encircled at Stalingrad. 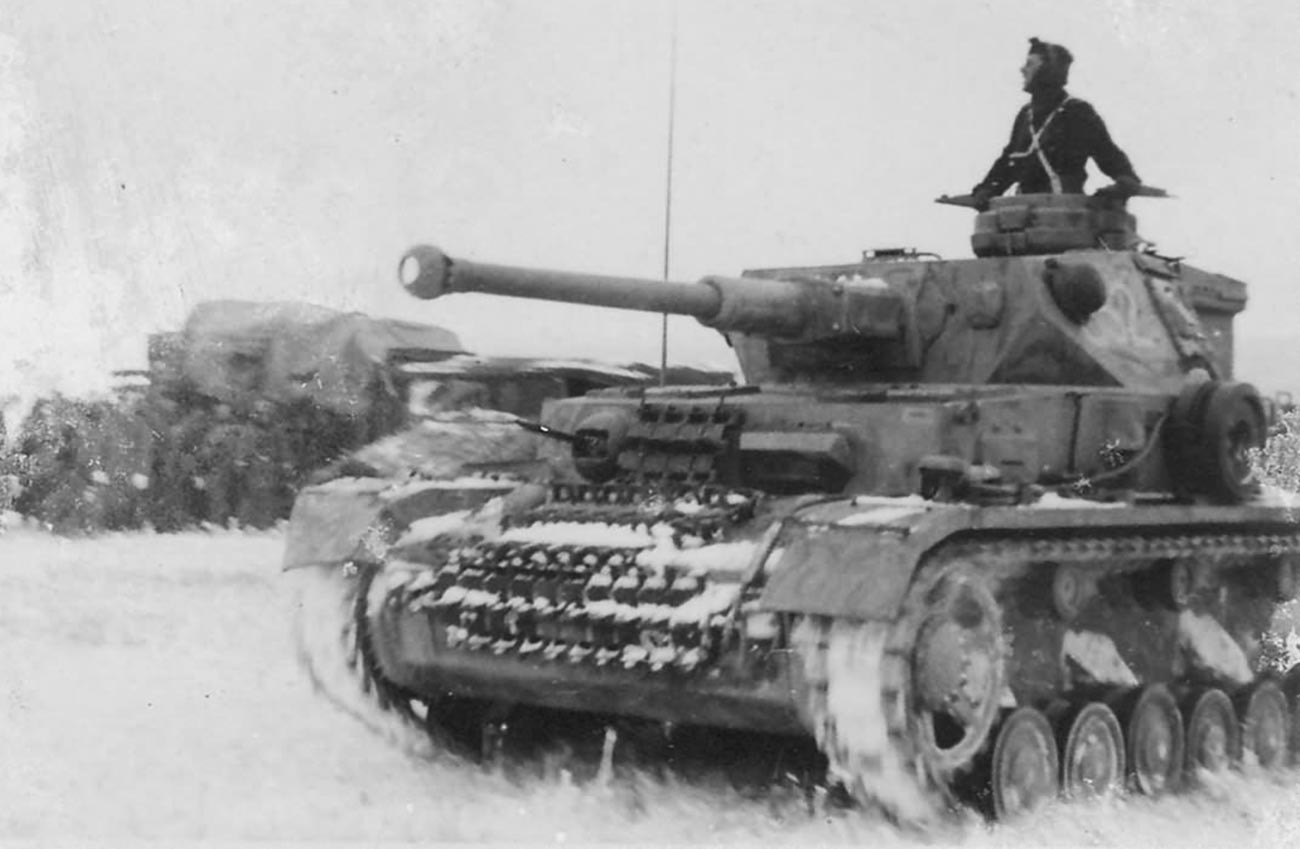 The Soviet Operation Uranus, as a result of which the 300,000-strong German grouping ended up trapped in a pocket on November 23, 1942, shocked the leaders of the Third Reich. Still, they believed that they could avoid disaster. The Germans had already had the successful experience of using an “air bridge” to resupply the 100,000-strong II Army Corps cut off near Demyansk at the beginning of the same year and successfully releasing it from its trap after several months of encirclement. Hitler expected the success to be repeated here and ordered Paulus to hold on in Stalingrad, while getting essential food, weapons and ammunition supplied by air. The recently formed Army Group Don under the command of Field Marshal Erich von Manstein, reinforced with divisions transferred from the North Caucasus and Western Europe, was tasked with opening a corridor to the city. 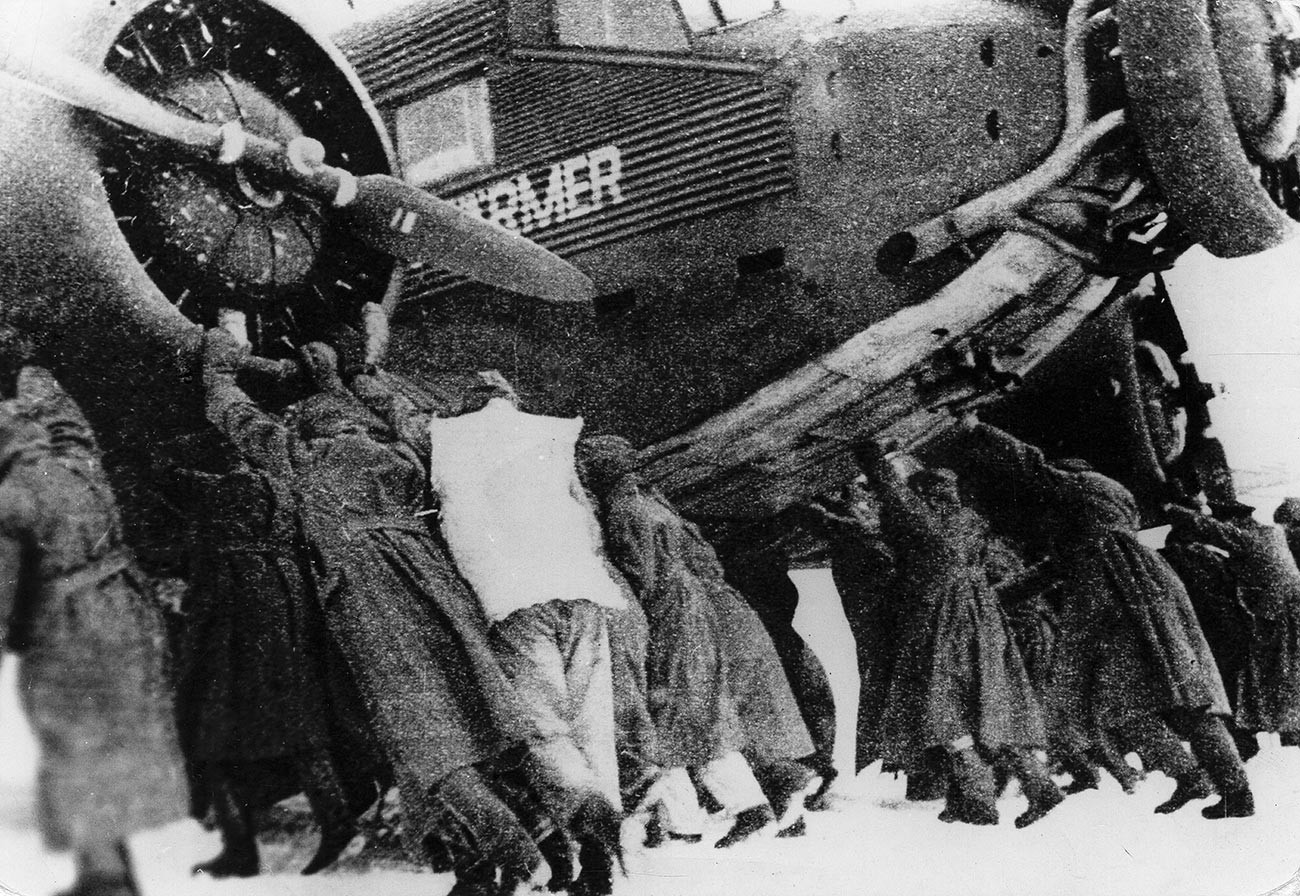 German soldiers pushing a Junkers-52 aircraft through snow at the captured Soviet airfield of Pitomnik during the Battle of Stalingrad.

The German troops’ closest positions to the encircled 6th Army were in the area of the Chir River (just 40 km away). Believing that an attempt to break the encirclement would be made here, the Soviet command attached special importance to the sector and intensively reinforced it. Then Manstein switched the direction of his main strike to the south, to a less reinforced area near the town of Kotelnikovo, from which it was over 120 km to Paulus’ forces. On December 12, as part of Operation Winter Storm, the German Army Group Hoth (named after its commander, Colonel-General Hermann Hoth) launched a surprise attack and crushed the Red Army’s outnumbered 302nd Rifle Division, subsequently embarking on a rapid advance in the direction of Stalingrad. 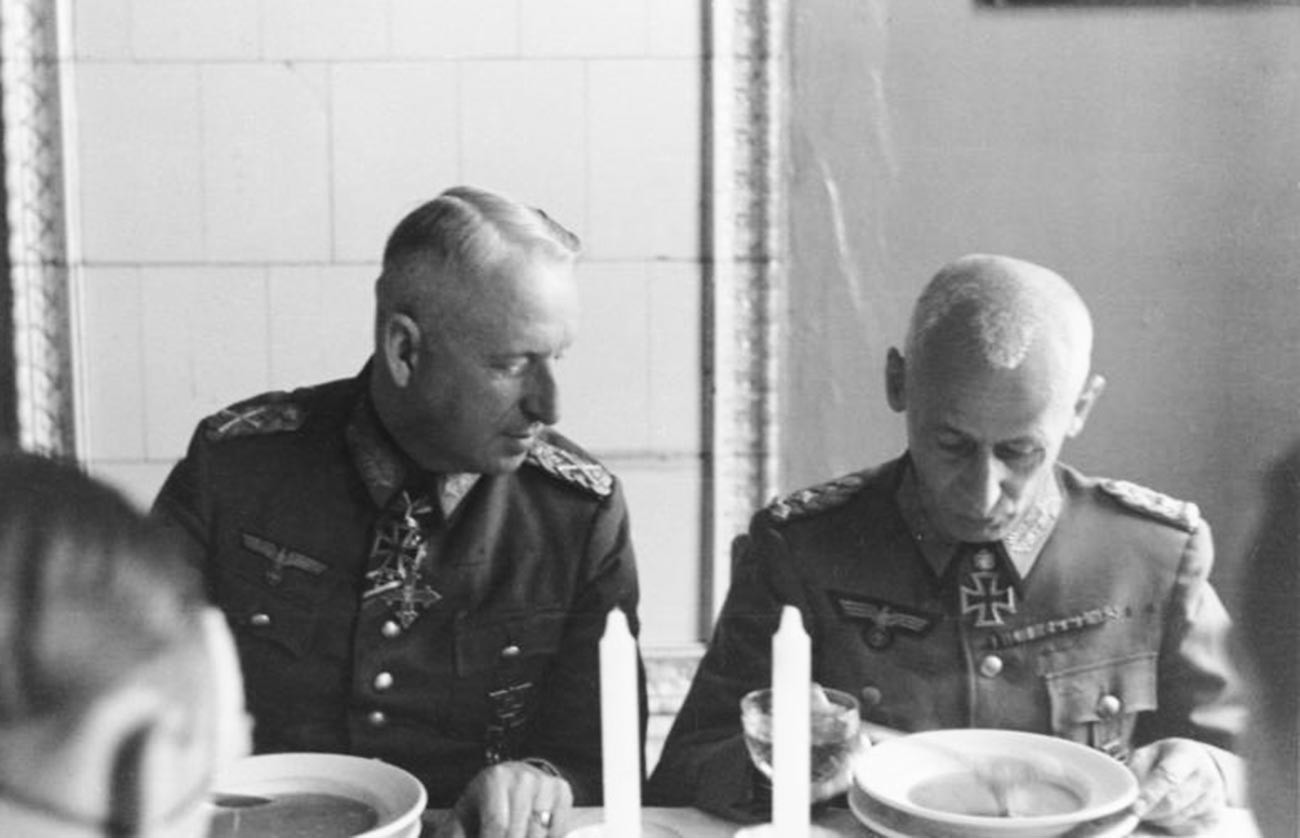 Realizing their blunder, the Soviet military command ordered the 2nd Guards Army under the command of Lieutenant-General Rodion Malinovsky to the battle zone. The Soviet units and subunits already there were to contain the enemy until its arrival. Heavy fighting broke out near the hamlet of Verkhnekumsky, where the Soviet forces managed to resist the Germans for about five days, thus winning precious time. On December 18, the 4th Mechanized Corps which had particularly distinguished itself in the fighting here was awarded the title of ‘Guards Corps’. 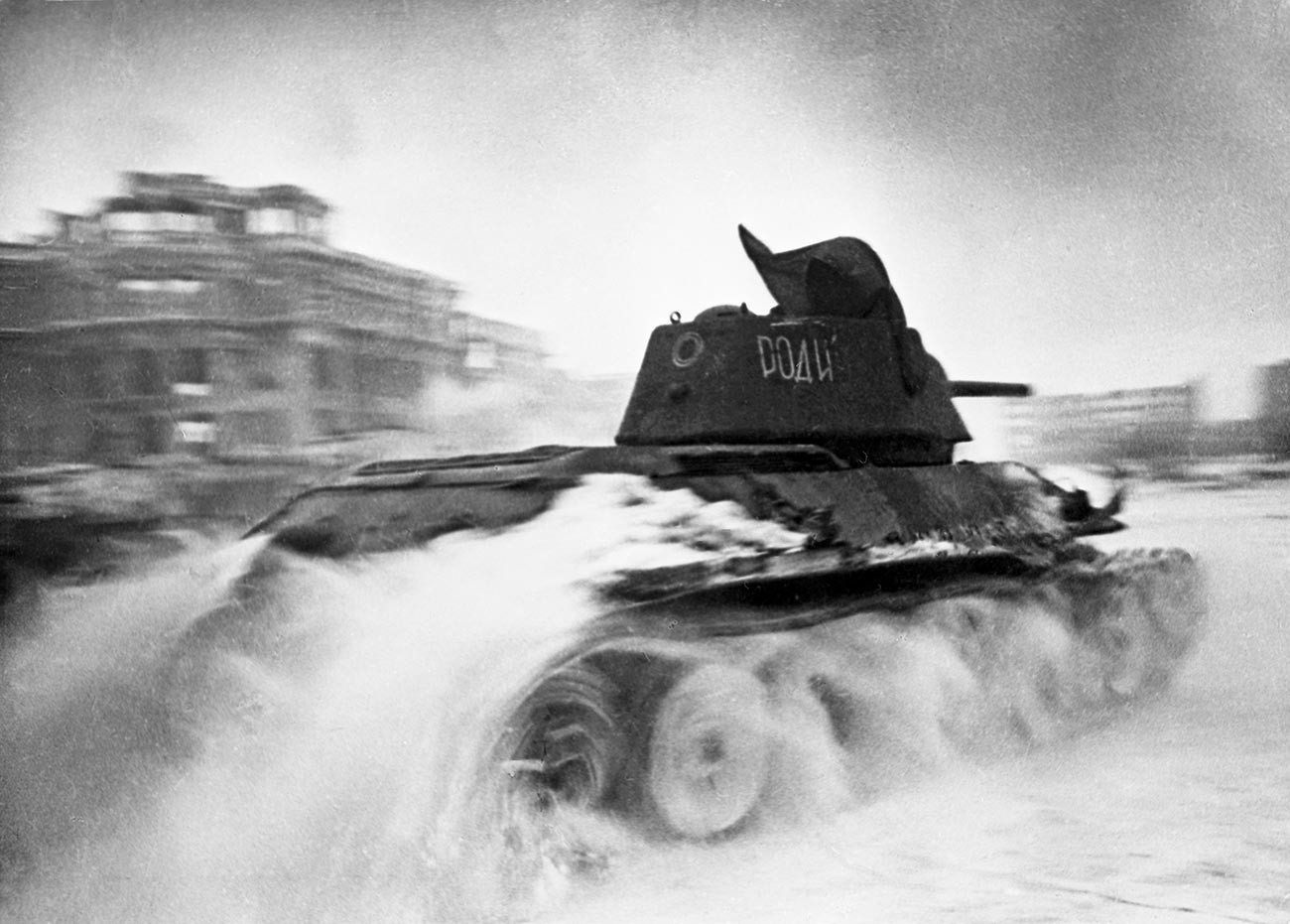 “The tanks opened up their devastating fire and the assault rifles of the Hitlerite infantry stuttered and rattled. Fighting extended to the full depth of our defense,” was how the chief political officer of the 20th Independent Anti-Tank Artillery Brigade, Vladimir Bubnov, later described the fighting at the neighboring village of Gromoslavka. “The anti-tank gunners (anti-tank rifle squads) fought to the last round, to the last grenade. They knocked out and set on fire the enemy’s tanks and armored vehicles, they brought down the enemy infantry. But, the enemy kept pressing home their attack, their tanks and armored vehicles reached our dug-in positions and then started to ‘steamroll’ them. But as soon as a tank passed over an entrenchment, our men - soldiers, sergeants and officers - got up again and opened fire on the departing armored vehicles.” 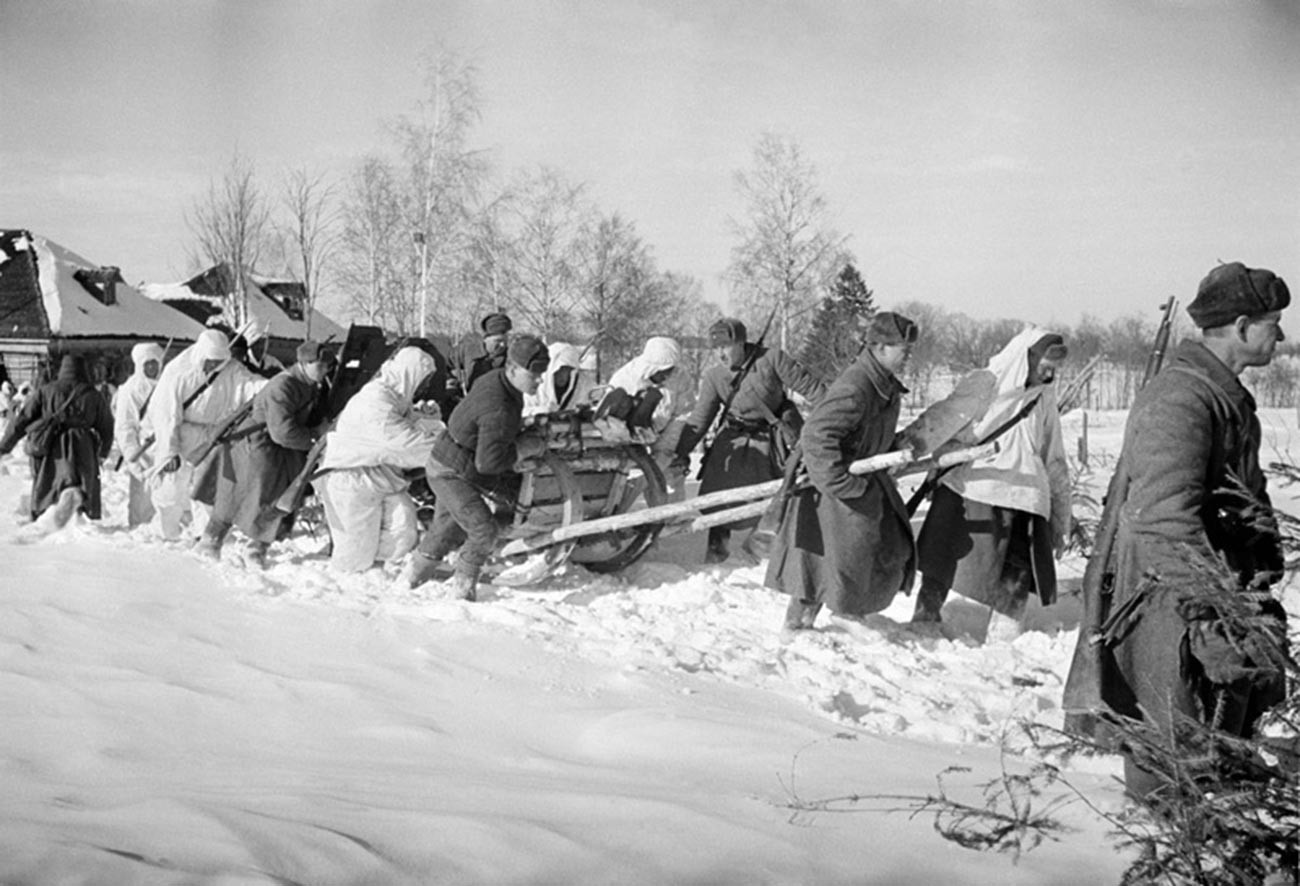 The German troops sustained significant losses and found it difficult to make headway. “Not a trace was left of our much-celebrated element of surprise,” noted the commander of the 17th Panzer Division, Major-General Fridolin von Senger und Etterlin. The last German success in Operation Winter Storm was reaching the Myshkova River 48 km from Stalingrad on December 19. There, they encountered the freshly-formed Soviet 2nd Guards Army that had finally arrived on the scene. 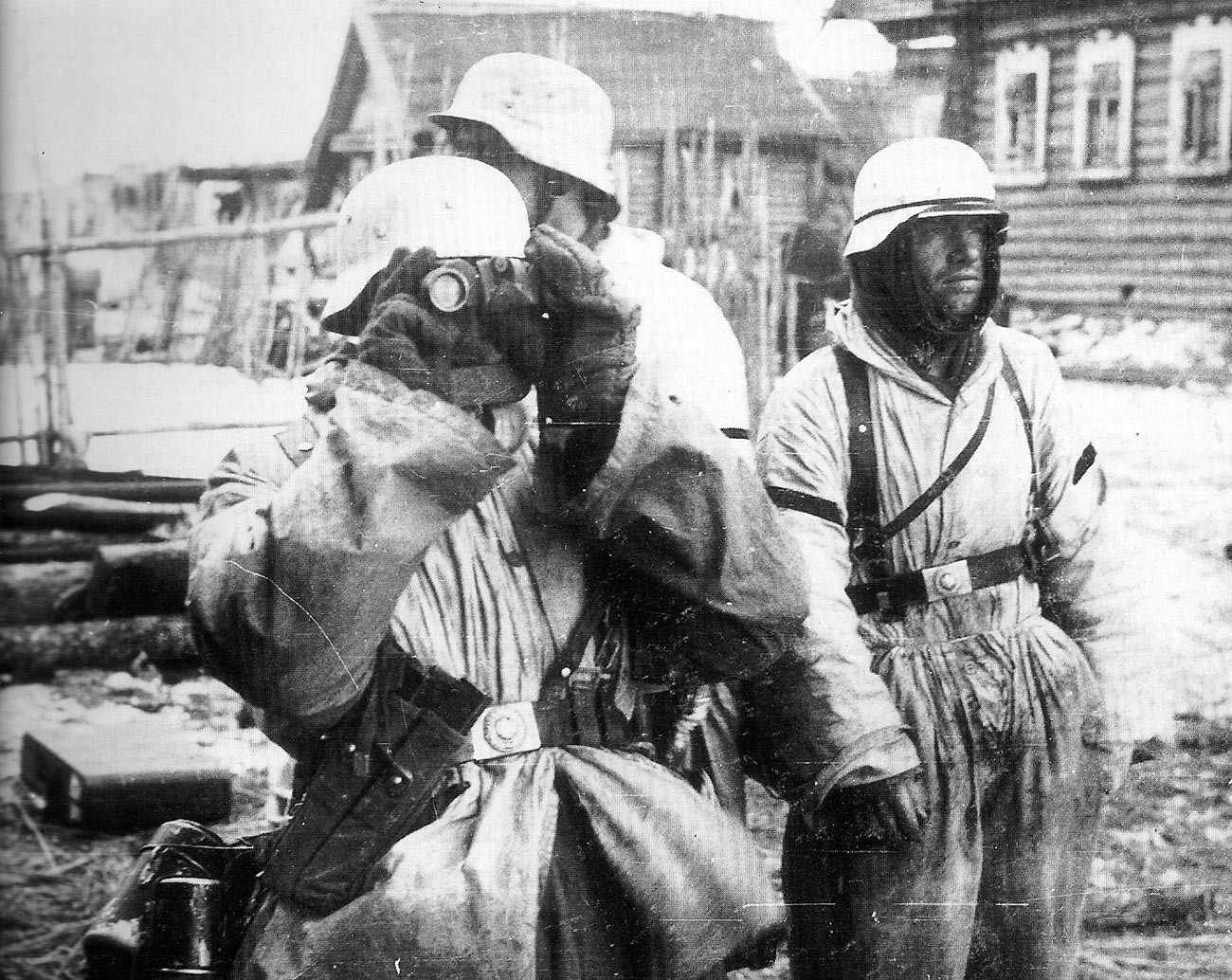 Intensive talks started between Manstein’s and Paulus’s HQs about the need to embark on the implementation of Operation Thunderclap - a breakthrough by the 6th Army to meet Army Group Hoth. The commander of the encircled troops did not issue the order, however. The main reason was the extremely low stocks of fuel, which would have allowed his hundred tanks or so to travel only 30 km, whereas the relief forces were almost 50 km away. The general feared that, deprived of their armored strike force, the slow-moving bulk of his troops would simply be ground into dust by the Red Army in the freezing steppe. 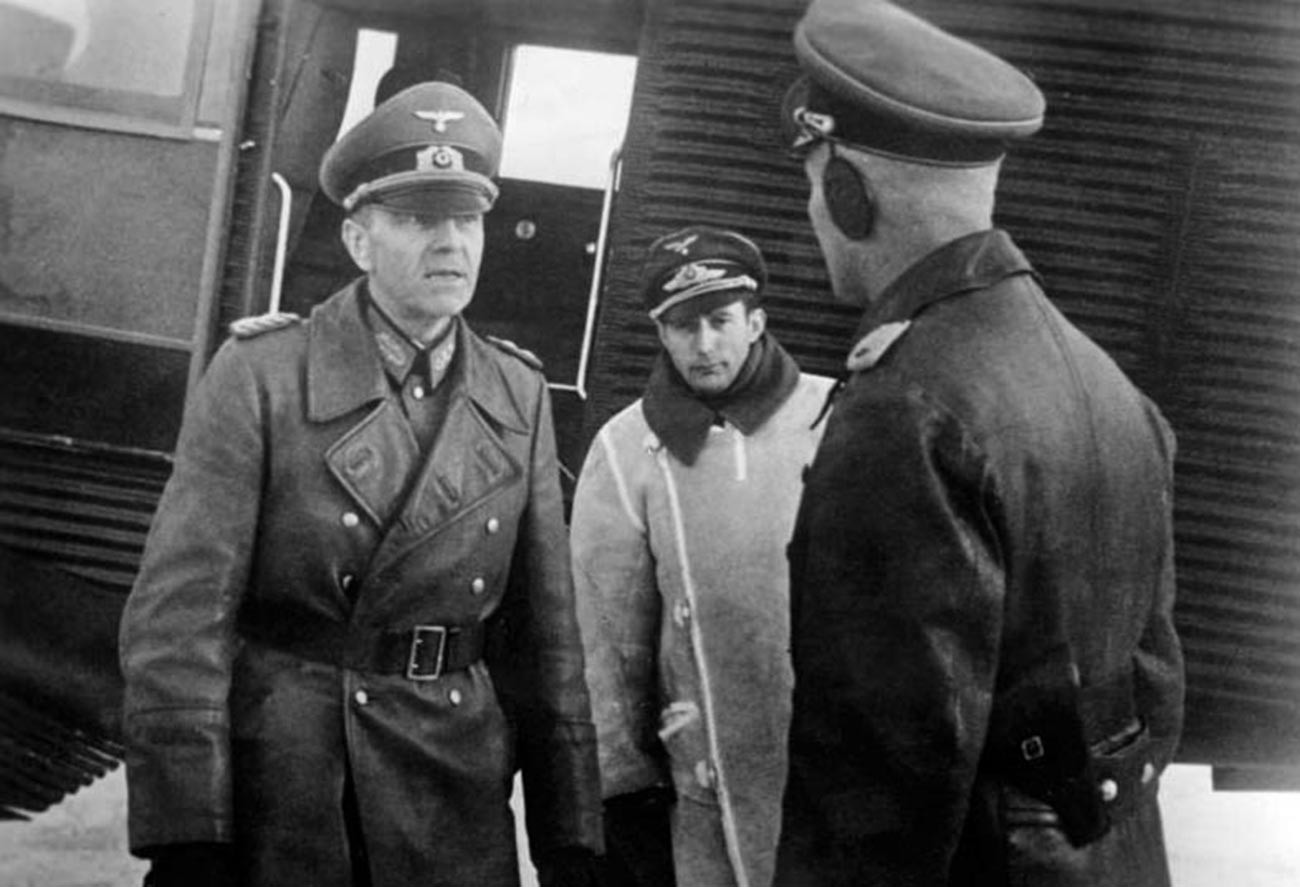 “It would have had to go out to meet the 4th Panzer Army, while fighting on all four sides as if forming a square,” Erich von Manstein wrote in his memoirs, ‘Lost Victories’. “In this it would constantly face the danger that its southwesterly push could stall or the enemy could overwhelm its rear guard or flank defenses. And the mission would have had to be accomplished by troops who were thoroughly weary through lack of food and whose mobility had been almost completely lost. Nevertheless, the hope of a restoration of freedom and of deliverance from death or captivity would have given the troops the strength to make the impossible possible!” 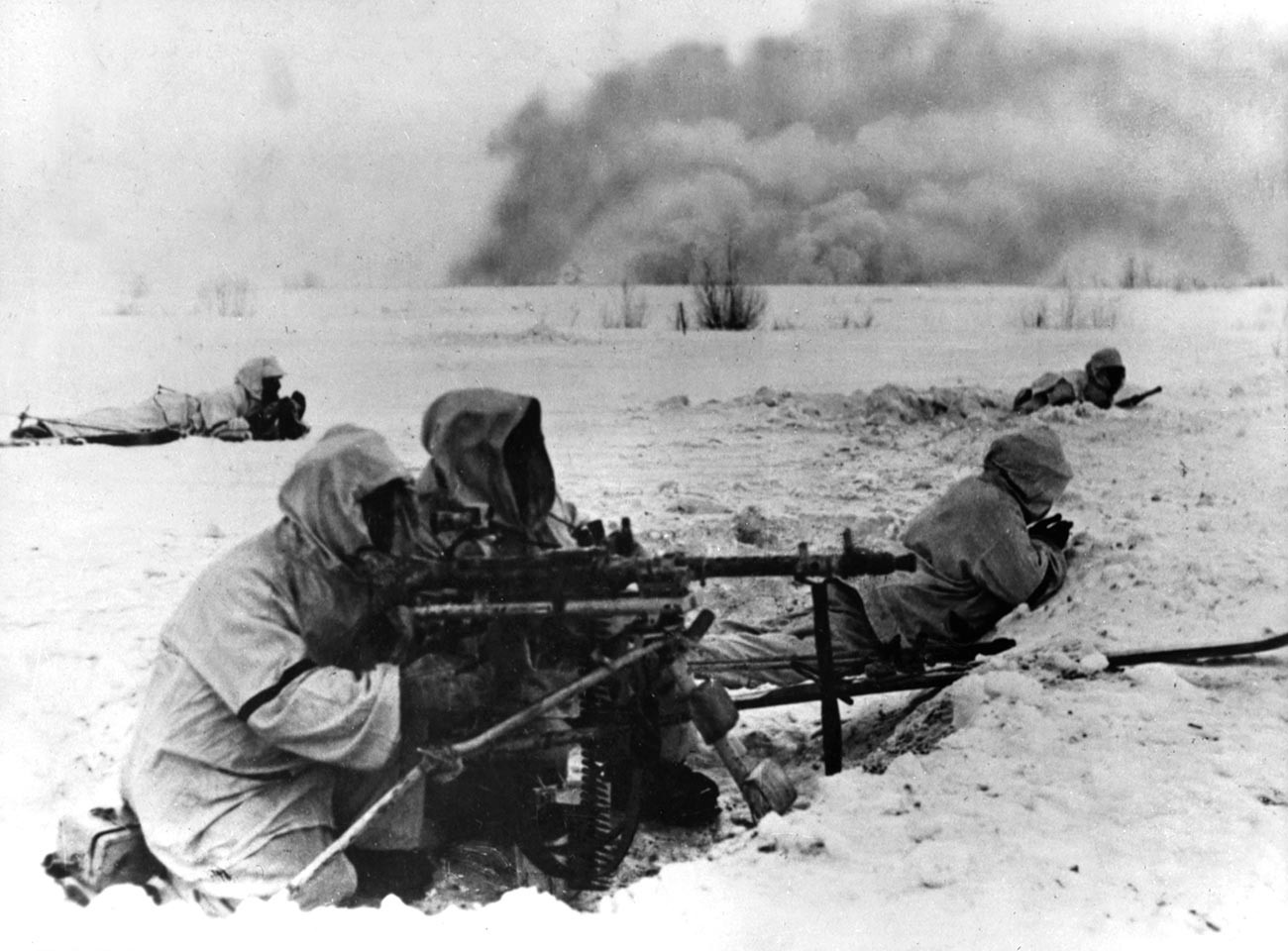 German hopes for the rescue of the encircled grouping were finally dashed by the Soviet Operation Little Saturn that started on December 16. While south of Stalingrad, some Soviet soldiers were holding back the onslaught from Hoth’s tanks, northwest of the city, in the area of the great bend in the Don River, their fellow servicemen were making short work of the Italian and Romanian divisions: They broke through the enemy front lines, advanced 340 km inside them and reached the rear of Army Group Don itself. The Germans started to withdraw, pursued by Malinovsky’s 2nd Guards Army which had begun a counterattack on December 24. 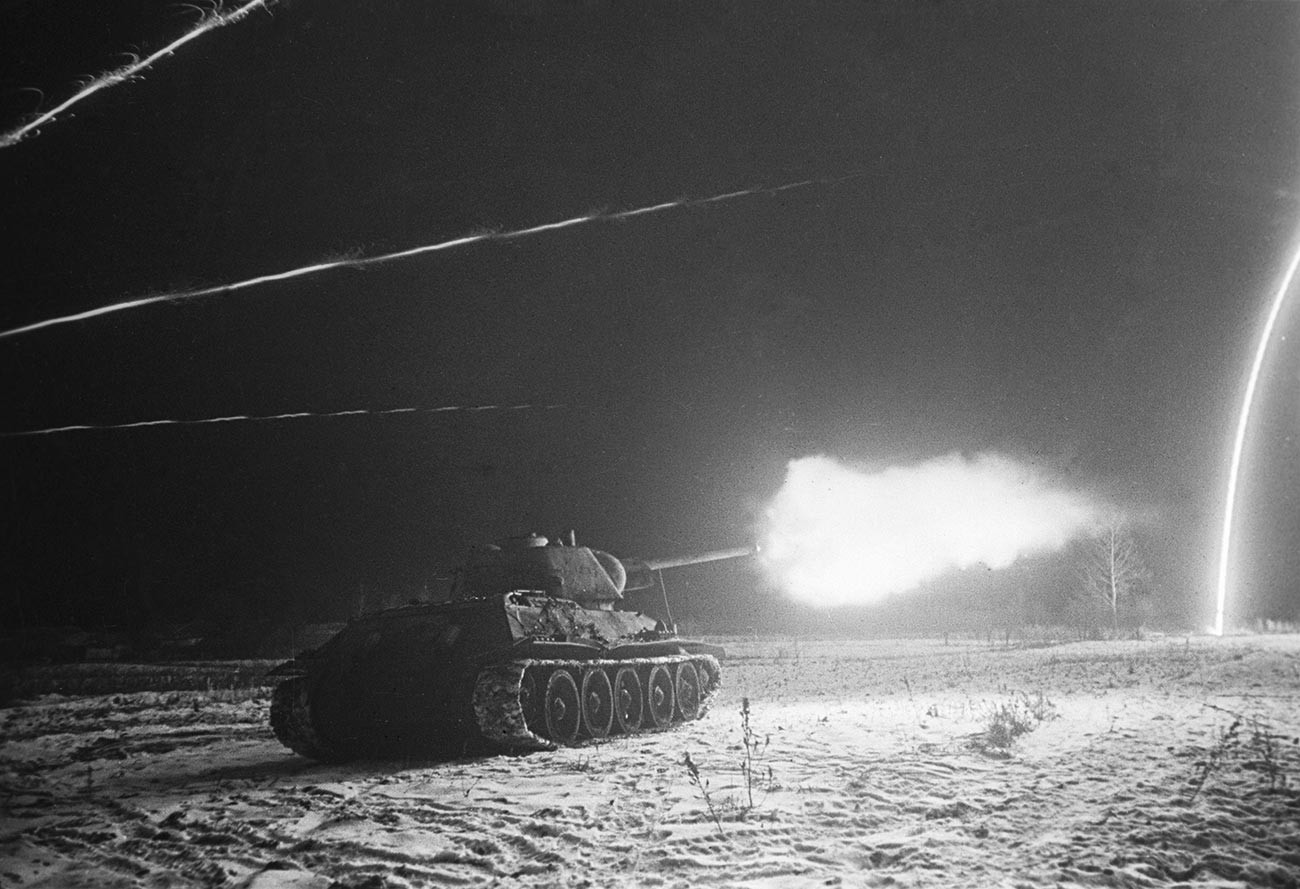 “The units craved encouraging news,” recalled an officer of the 6th Army's intelligence section, Joachim Wieder. “The frontline was holding on with the last of its strength, banking on Hitler imminently, in the run-up to Christmas, fulfilling his promise of relief. The phrase ‘Manstein is coming!’ was still on everyone’s lips. But it was precisely during those days, when everyone was still waiting, believing and hoping, that the approaching formations tasked with releasing the 6th Army from its encirclement were halted and then pushed back by Russian forces without reaching their objective.” 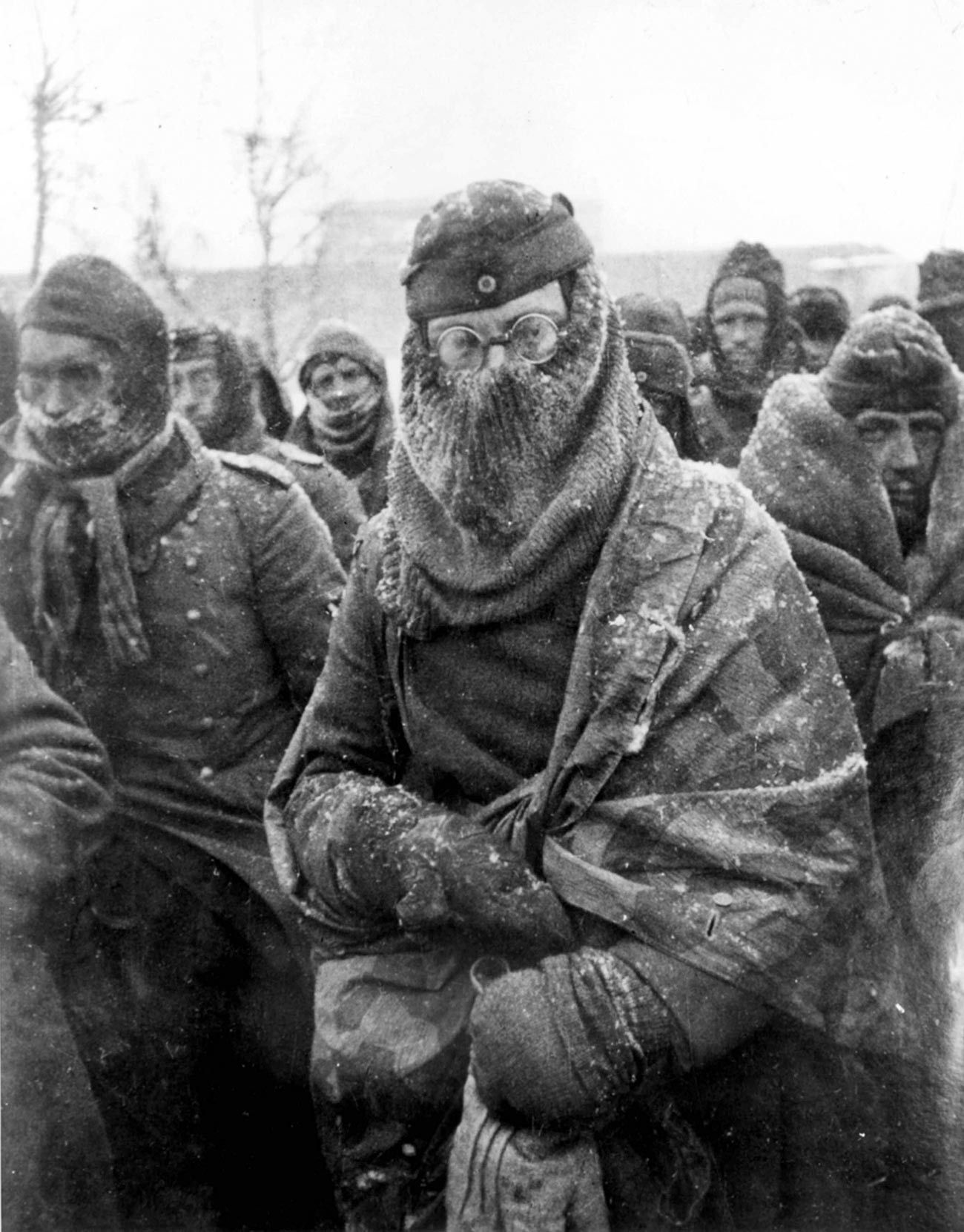 Having survived ‘Winter Storm’ and not having heard the ‘Thunderclap’, the Soviet command calmly returned to drawing up its planned operation to split up and conclusively destroy the Paulus grouping - preparations for which had been interrupted by the German offensive. This plan was to be successfully implemented in early 1943. 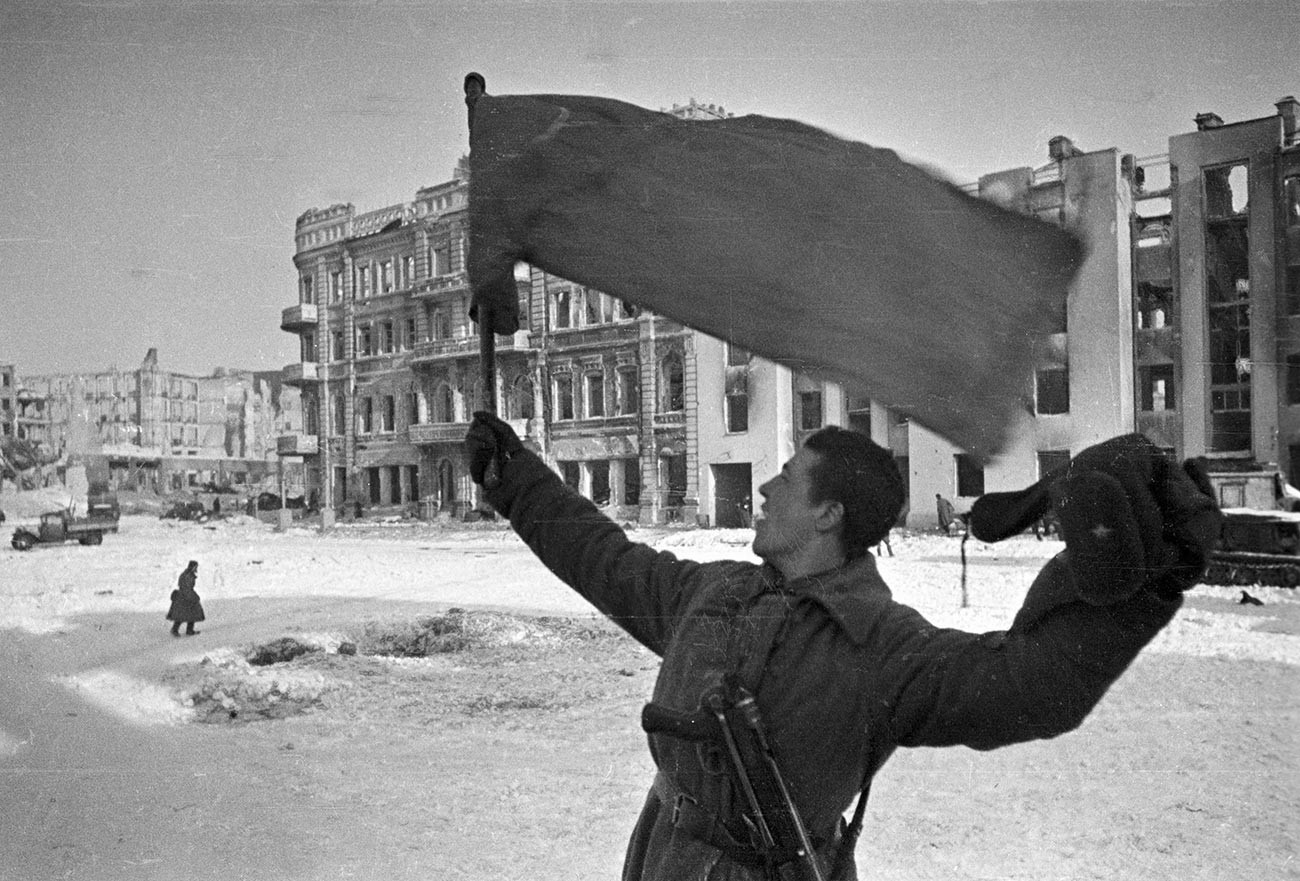