The battle that allowed the Nazis to break through to Stalingrad 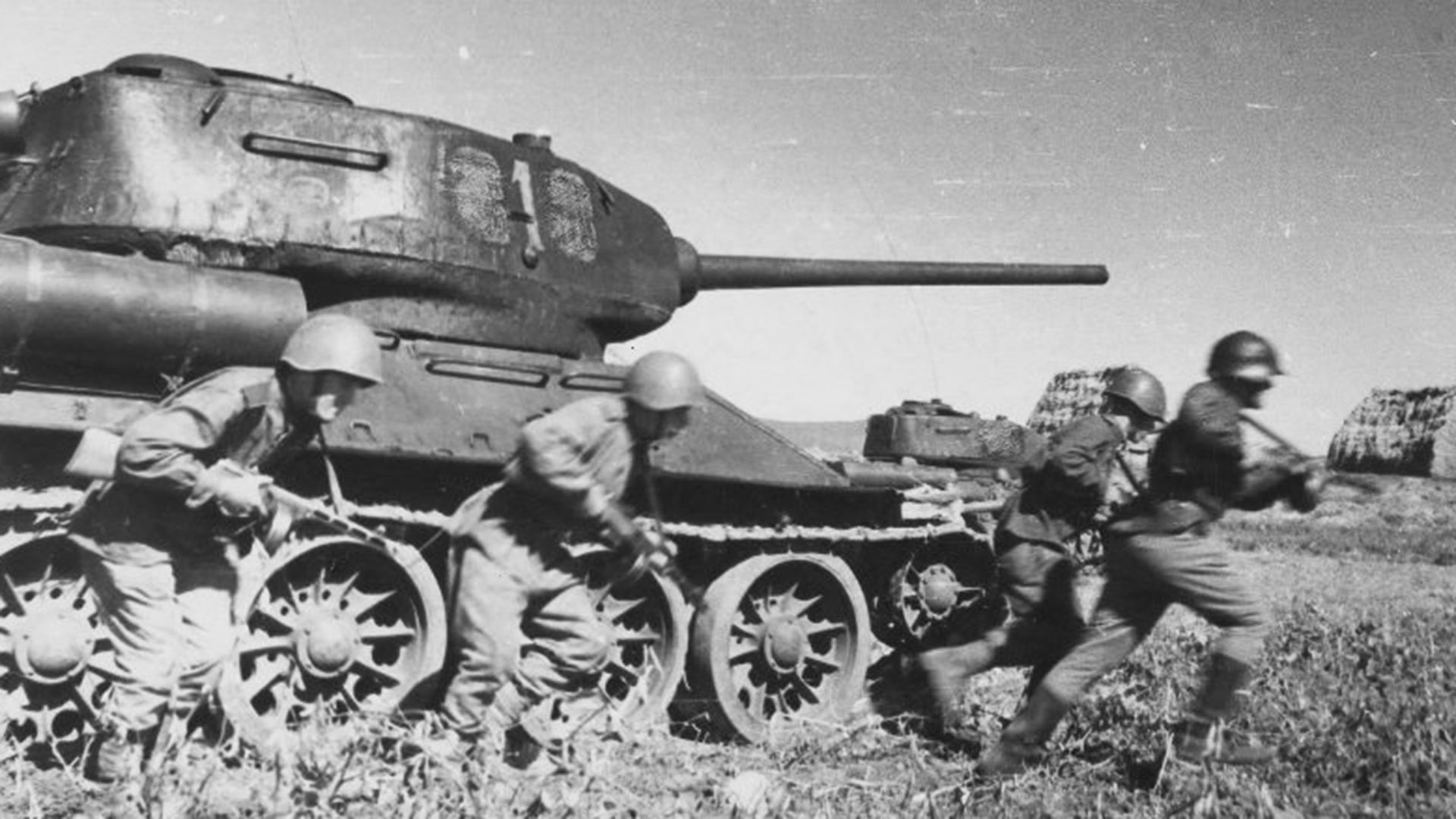 Nikolay Finikov/МАММ/МDF/russiainphoto.ru
The Red Army sought to recapture Kharkov from the Germans to begin the liberation of Ukraine. But, instead, it put them on the road to the Volga and the Caucasus.

After the defeat of the German troops at Moscow in the winter of 1941-1942, the Soviet leadership was confident that the time had come to seize the initiative in the war. In several sectors along the Soviet-German front, the Red Army launched a large-scale offensive with the aim of driving back and destroying the enemy, but nowhere did it achieve the stated objective. 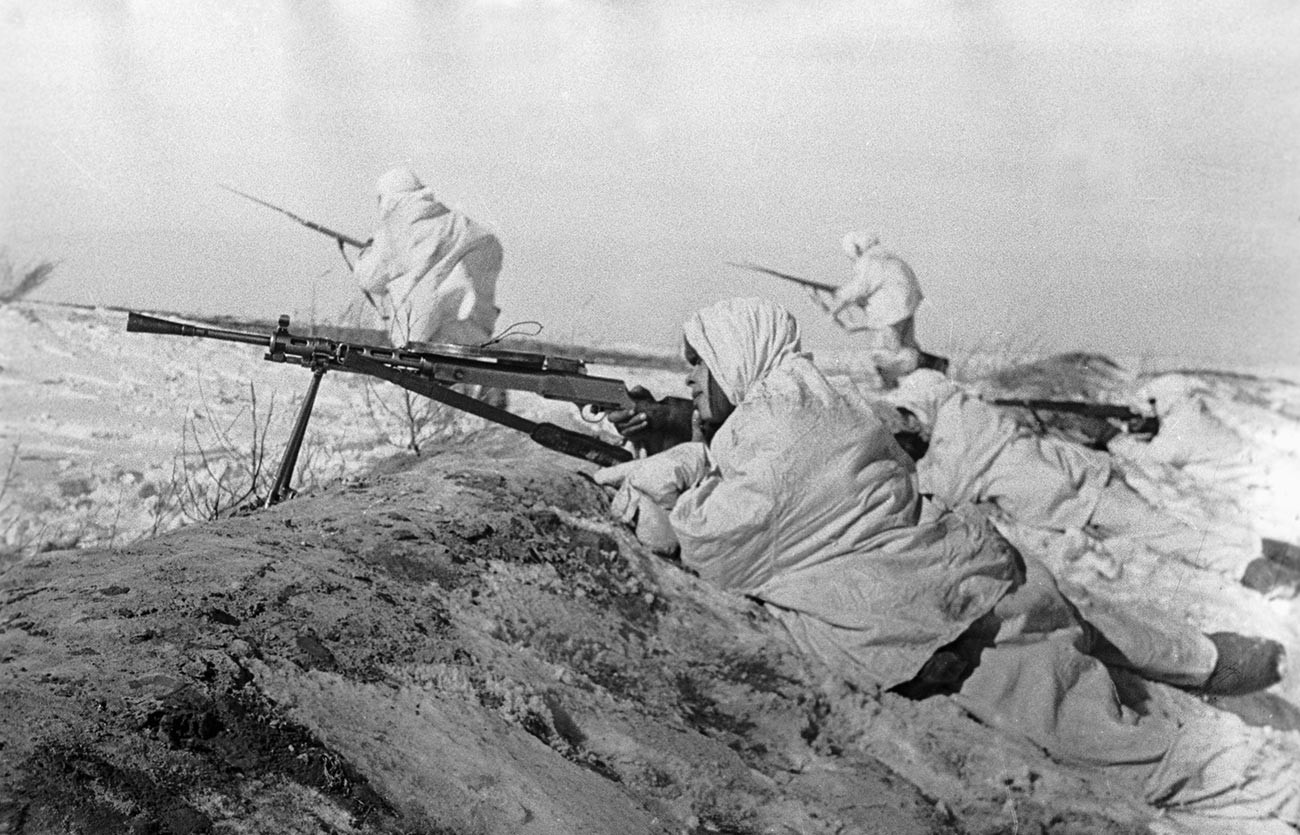 Soviet infantry during the Battle of Moscow.

In north-eastern Ukraine, Soviet troops nevertheless drove a 100km-deep wedge into the enemy's positions, gaining a foothold on the so-called Barvenkovo ledge. From here, they could threaten the flanks and rear of the German formation and break through to the major industrial center of Kharkov and on, potentially, to the Dnieper River. At the same time, there was the danger that the enemy would “slice off” the ledge, trapping the Soviet armies in a sack. 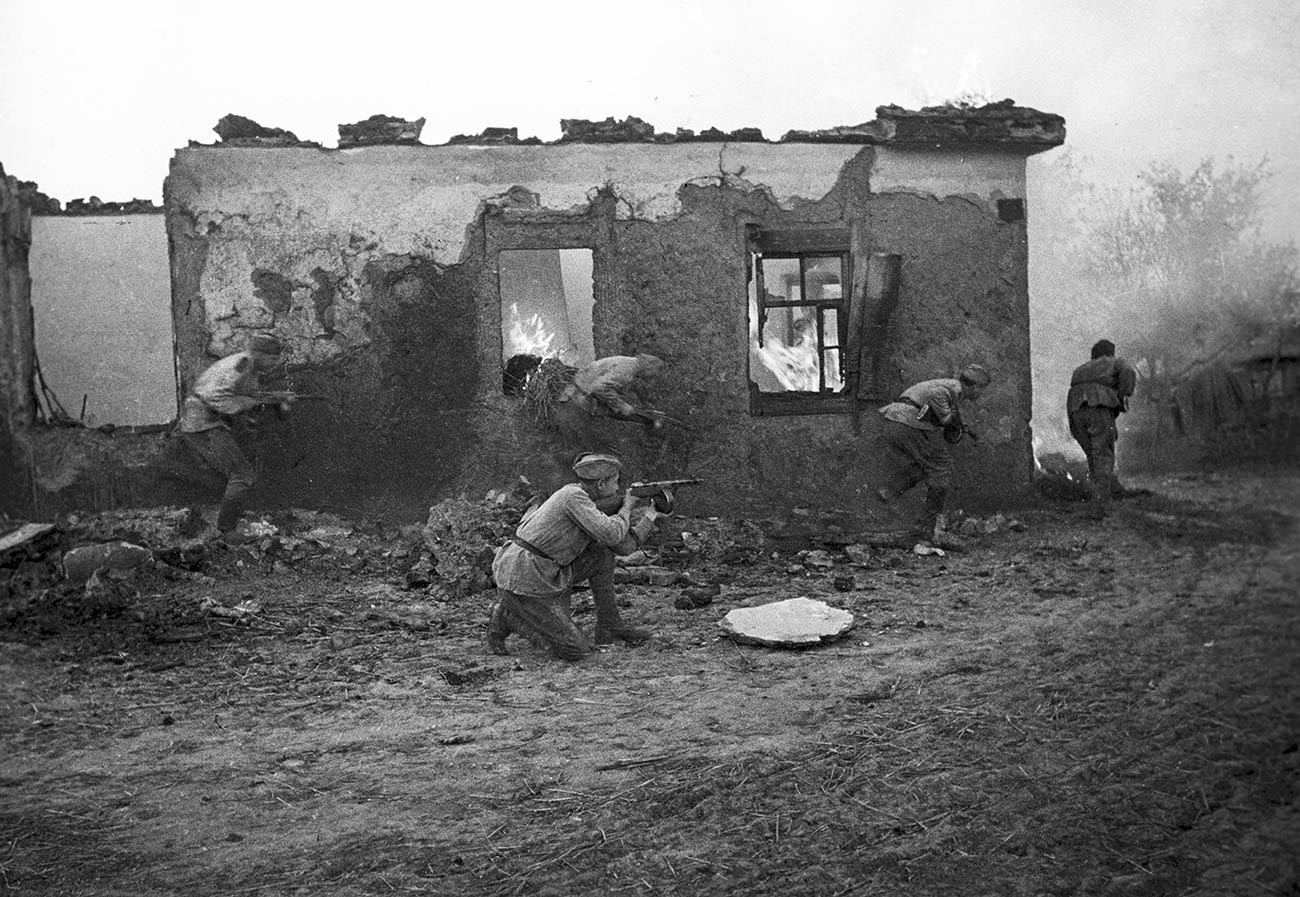 On May 12, 1942, Soviet troops launched an offensive in the direction of Kharkov. The strikes were delivered from the Barvenkovo ledge and from the town of Volchansk, just north of the ledge. After three days of heavy fighting, in which they advanced 35-50 km, Soviet tanks appeared on the city outskirts on May 15. 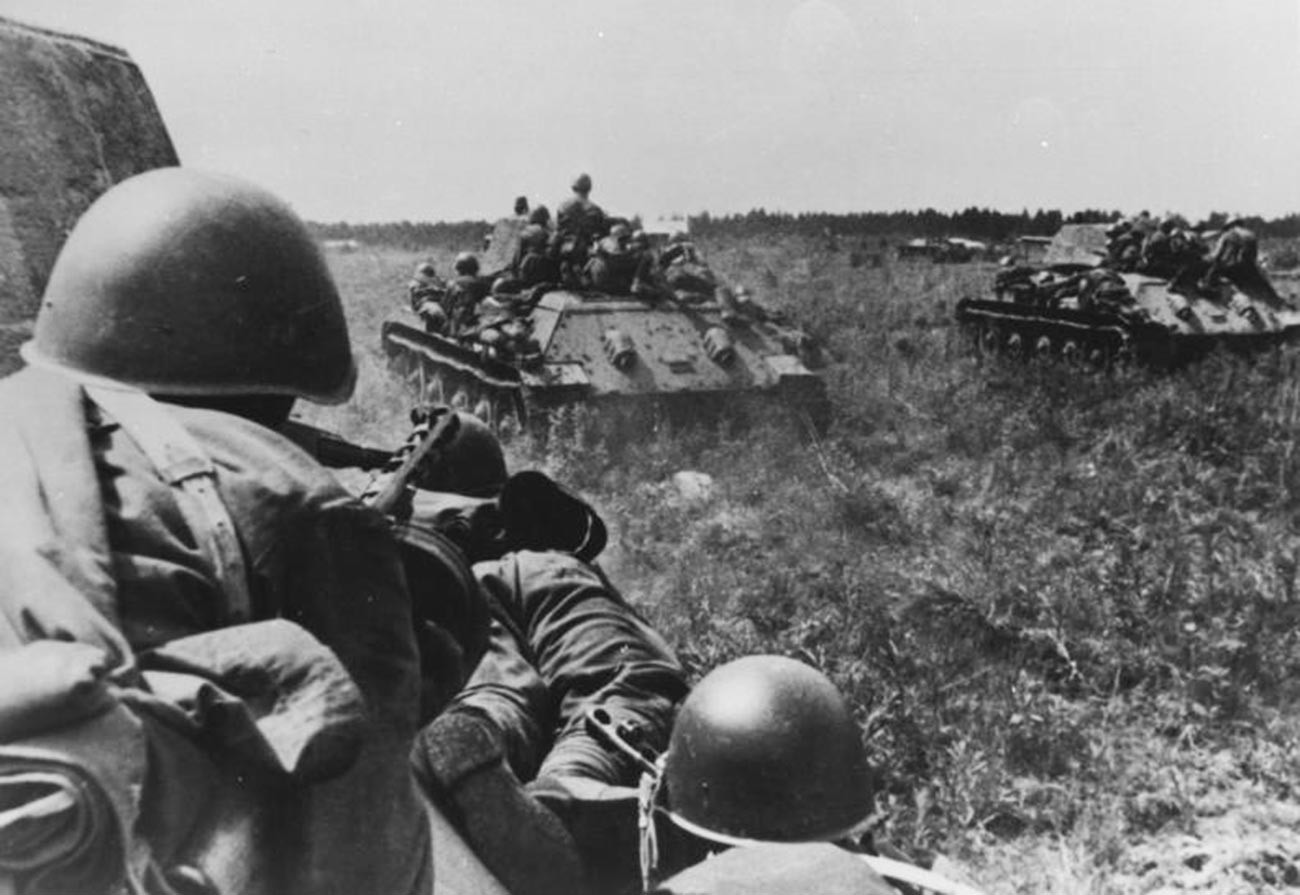 The Germans had managed, with a gargantuan effort, to hold up the Soviet offensive. Two days later, on May 17, Panzer Group Kleist, with air support, struck at the most vulnerable section of the Soviet defense — the neck of the ledge. “The first line of the Russian defenses collapsed under a hail of bombs and shells. Nevertheless, those Russians who survived this hell showed fierce resistance. One Soviet battalion whose positions were attacked by the 466th Grenadier Regiment held out to the last man. 450 dead Russians were found where their battalion had been stationed,” recalled an officer of the German 257th Infantry Division. 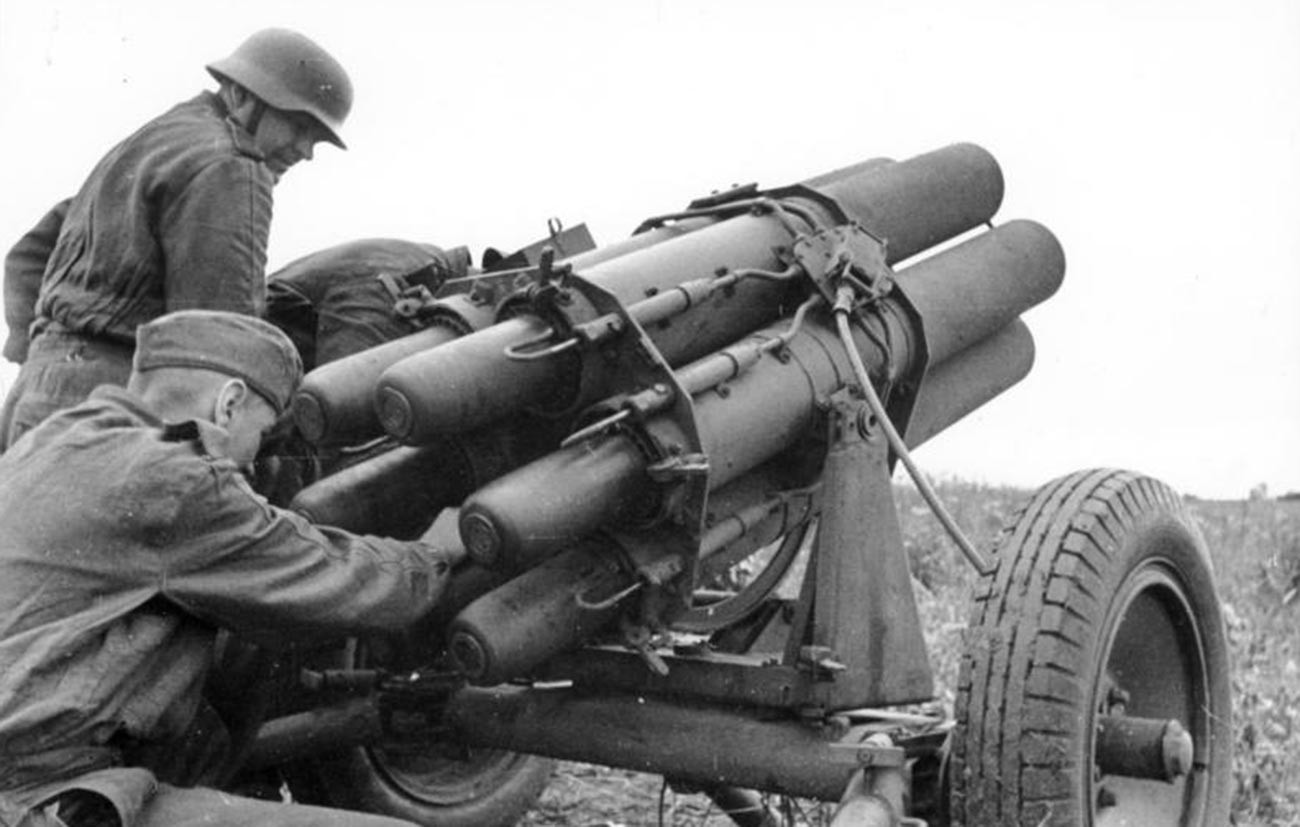 During the months of the Barvenkovo ledge’s existence, no proper defensive structures had been built. The Germans advanced swiftly, crushing the units of the 9th Soviet Army together with the reserves deployed to halt the breakthrough. The threat of encirclement loomed over the entire Soviet strike force, which at that time was still advancing on Kharkov. 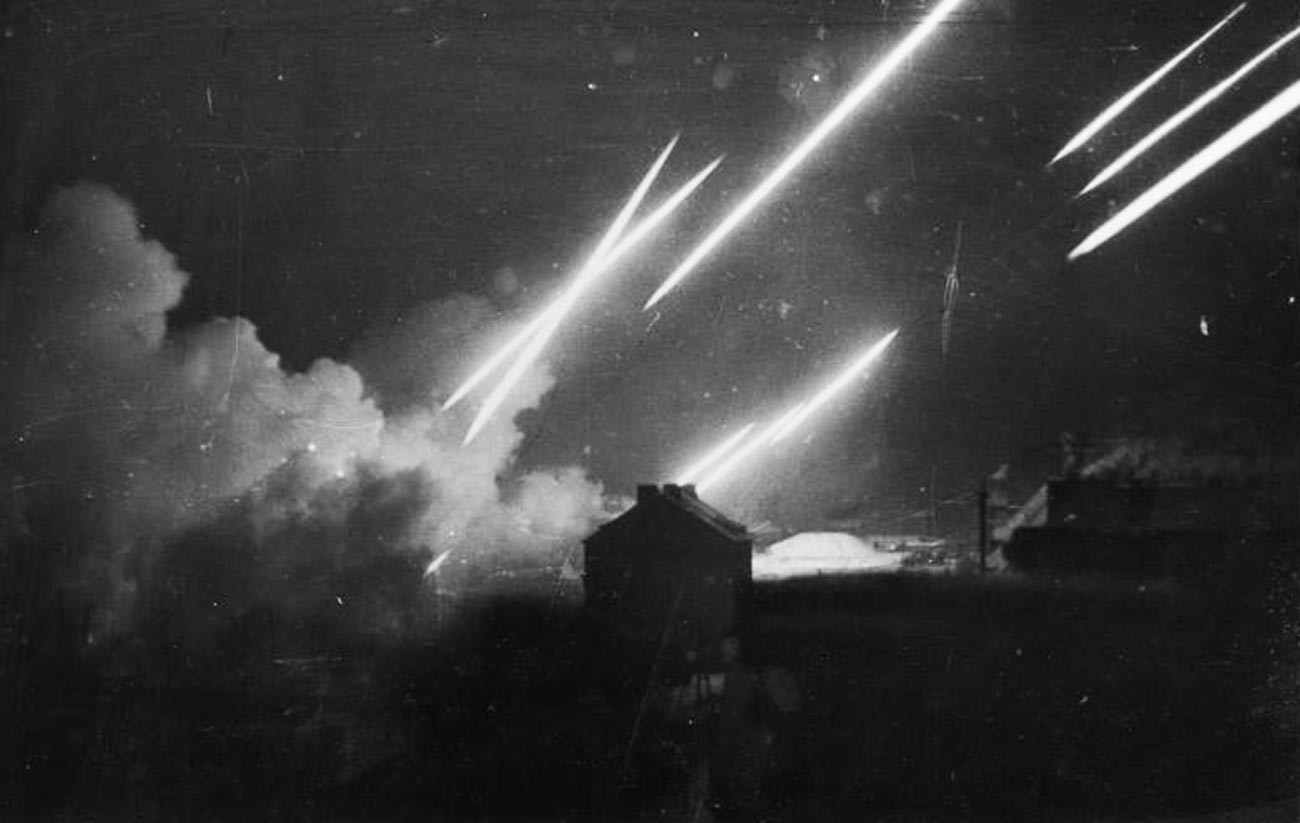 "The battles at Kharkov were, for me, perhaps the hardest of the entire war. The endless bombings, terrible losses, confusion among our commanders, lack of ammunition...” recalled Lieutenant Yevgeny Okishev. 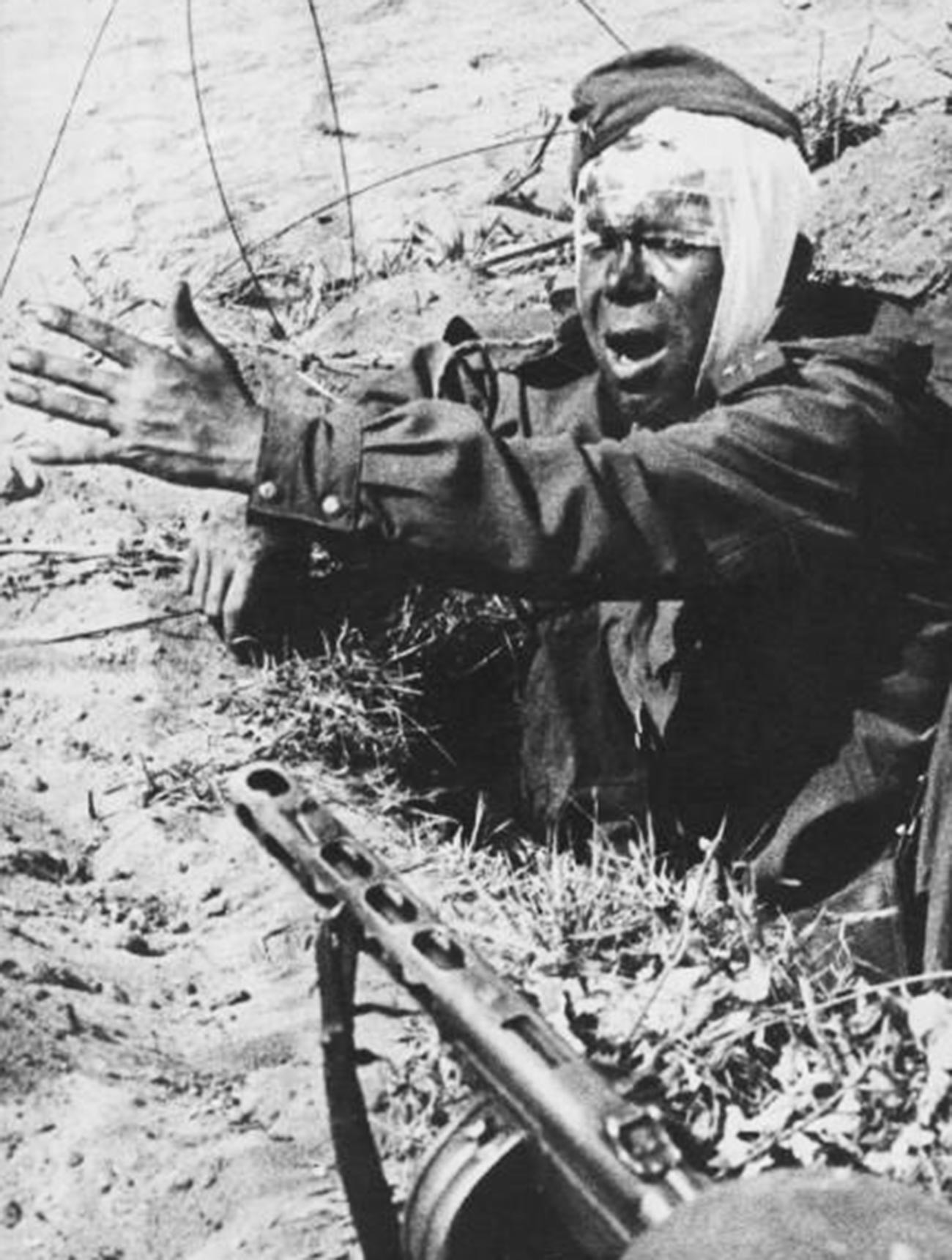 The Soviet command drastically underestimated the scale of the German offensive, and only on May 19, when it was already too late, did it give the order to stop the advance on Kharkov and confront the enemy breaking through to the rear. “In the limited time available, it was first necessary to regroup the large masses of troops scattered over a large area. And back then we didn’t yet know how to do it properly,” summed up the commander of the 38th Army, General Kirill Moskalenko. 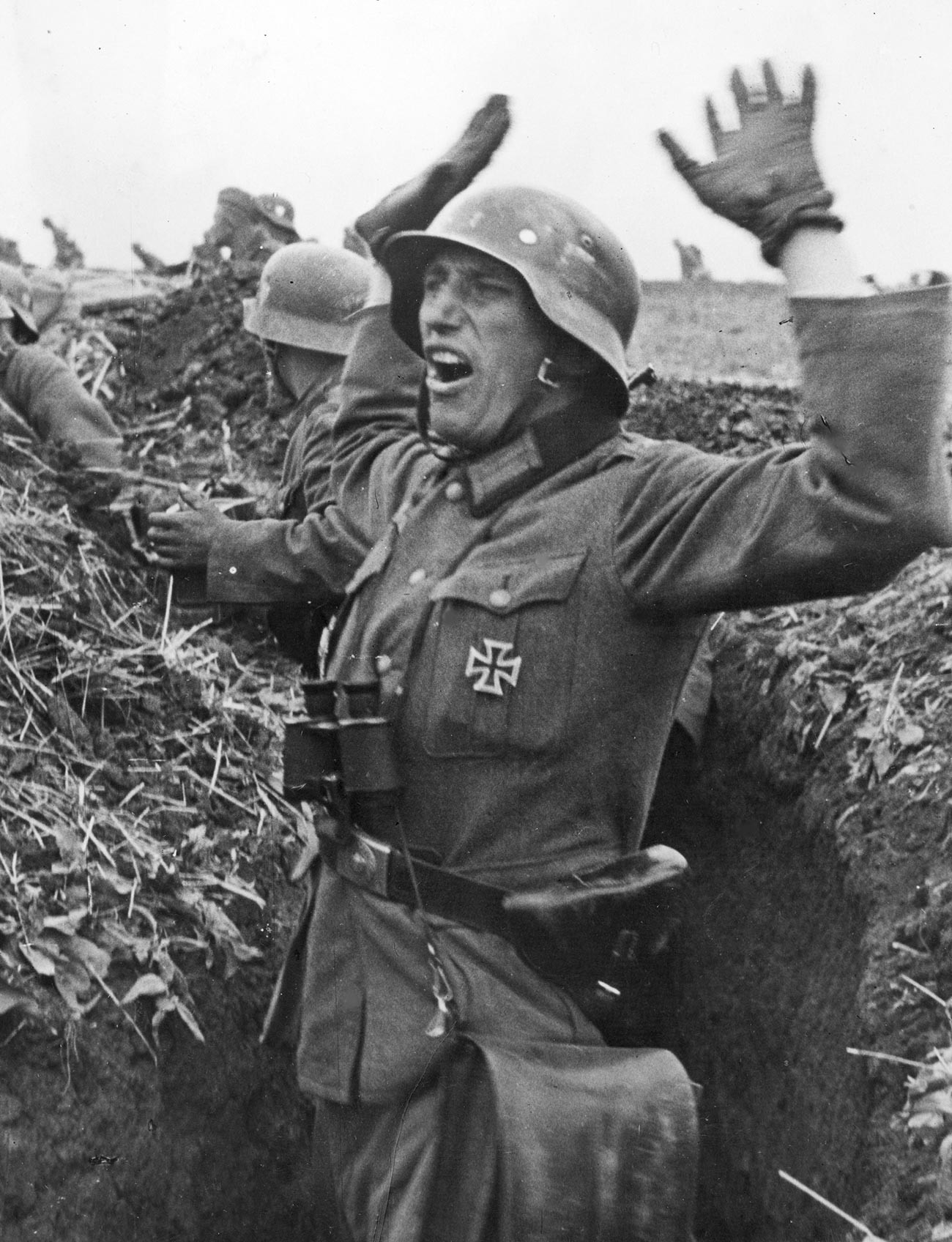 On May 22, 10 km from the town of Balakleya, Panzer Group Kleist, advancing from the south, joined up with two tank divisions of Friedrich Paulus’ 6th Army that were breaking through from the north, thereby ensnaring the Soviet troops. Trapped inside the "cauldron" were 16 rifle and six cavalry divisions, as well as 12 tank and two motorized rifle brigades, numbering over 200,000 personnel. At the same time, the Soviet troops advancing from Volchansk were pushed back to their original positions. 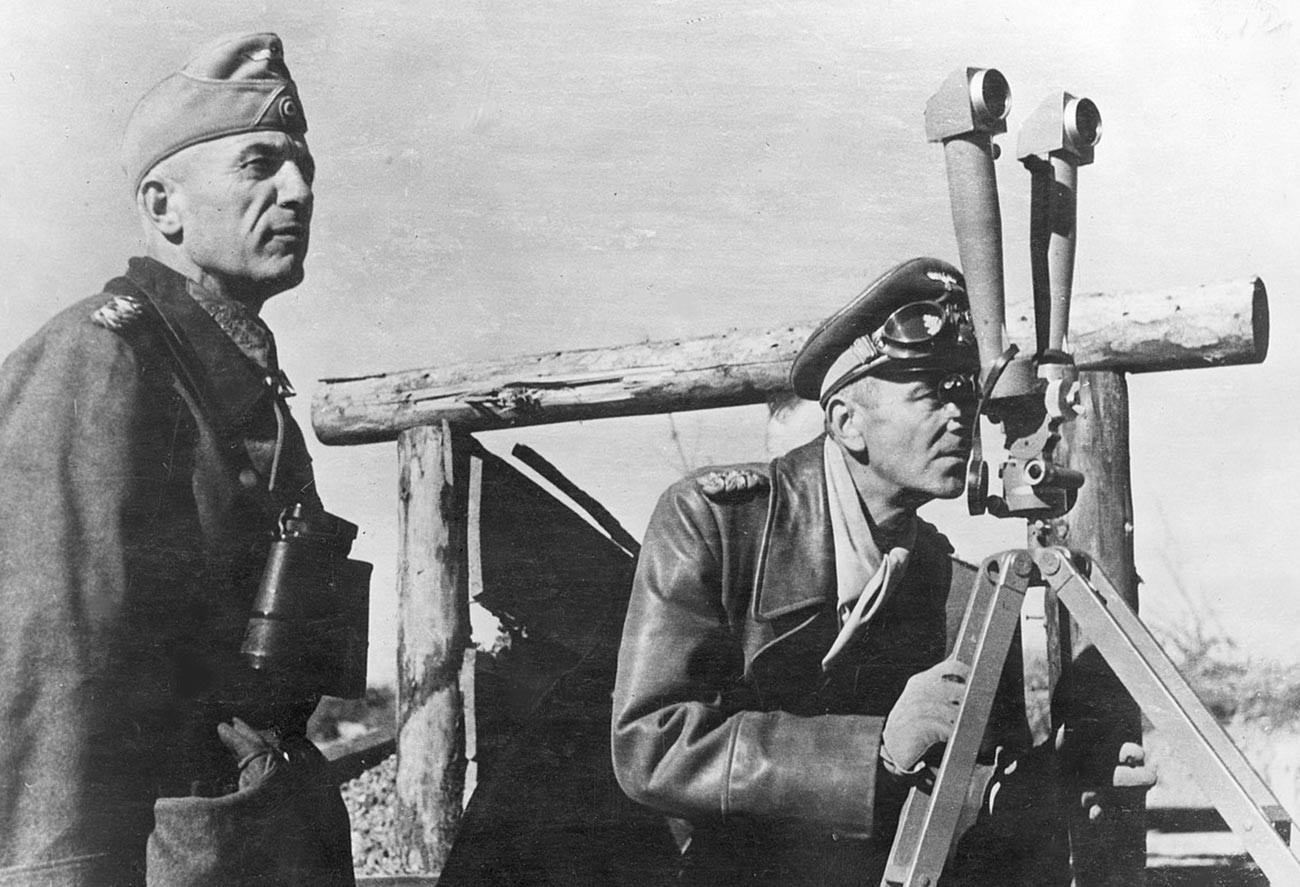 The Germans methodically tightened the encirclement, destroying or capturing the Soviet units inside. Any attempts to break in from the outside were defeated. Despite the lack of fuel, ammunition and food, and the enemy’s overwhelming air domination, the Soviet troops in the “cauldron” fought heroically until May 29. Only 22,000 of them managed to escape from the encirclement. 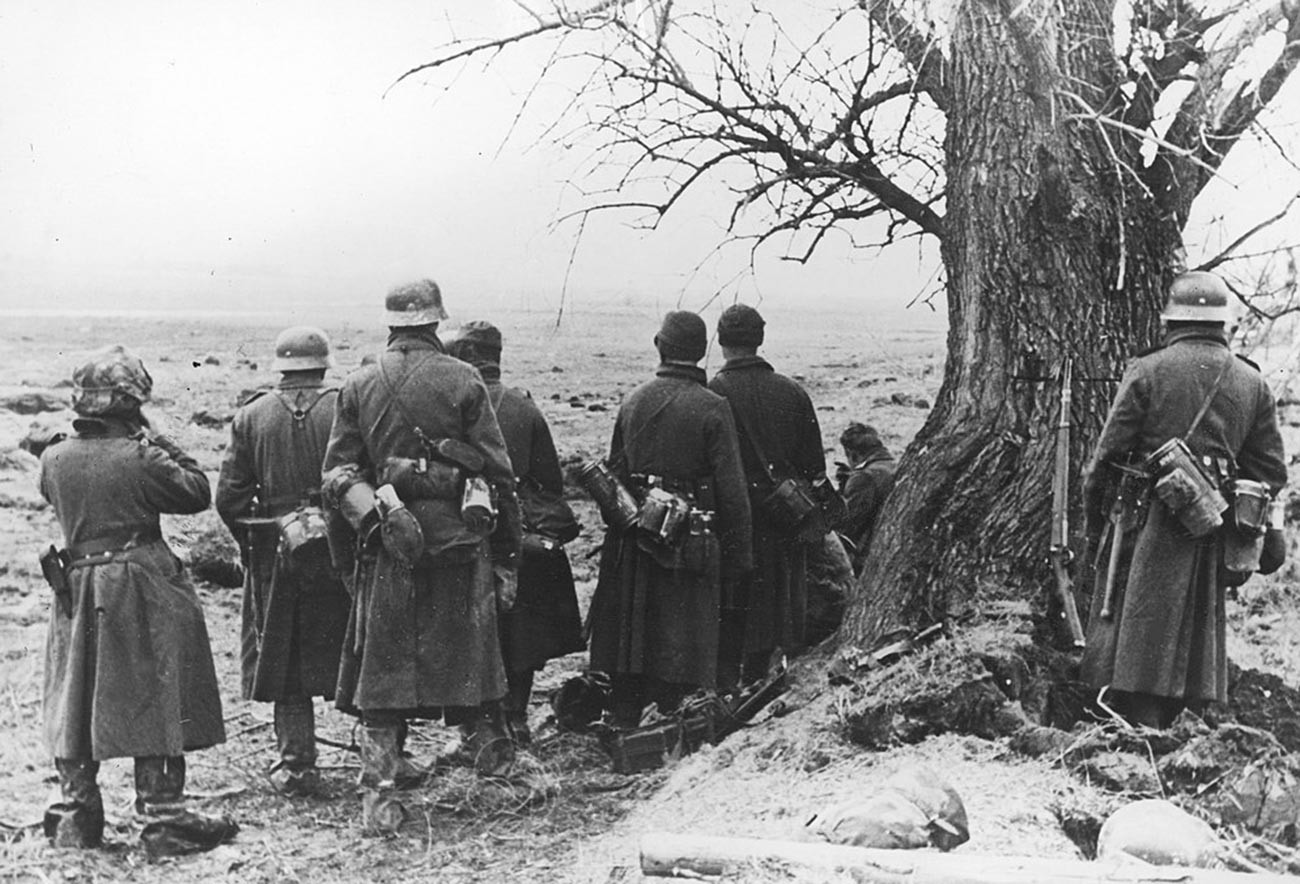 On May 26, the commander of Army Group South, Field Marshal von Bock, inspected the disposition of the German troops fighting the encircled Soviets: “Everywhere it was the same picture: the strangulated enemy is nevertheless attempting to break through here and there, but it is on the verge of collapse. From the elevated position south-east of Lozovenka, one could see how our batteries firing from all sides into the smoking ‘cauldron’ were getting an ever-weakening response... Crowds of prisoners were flowing to the rear, our tanks and units of the 1st Mountain Division were going on the attack — an amazing sight!" 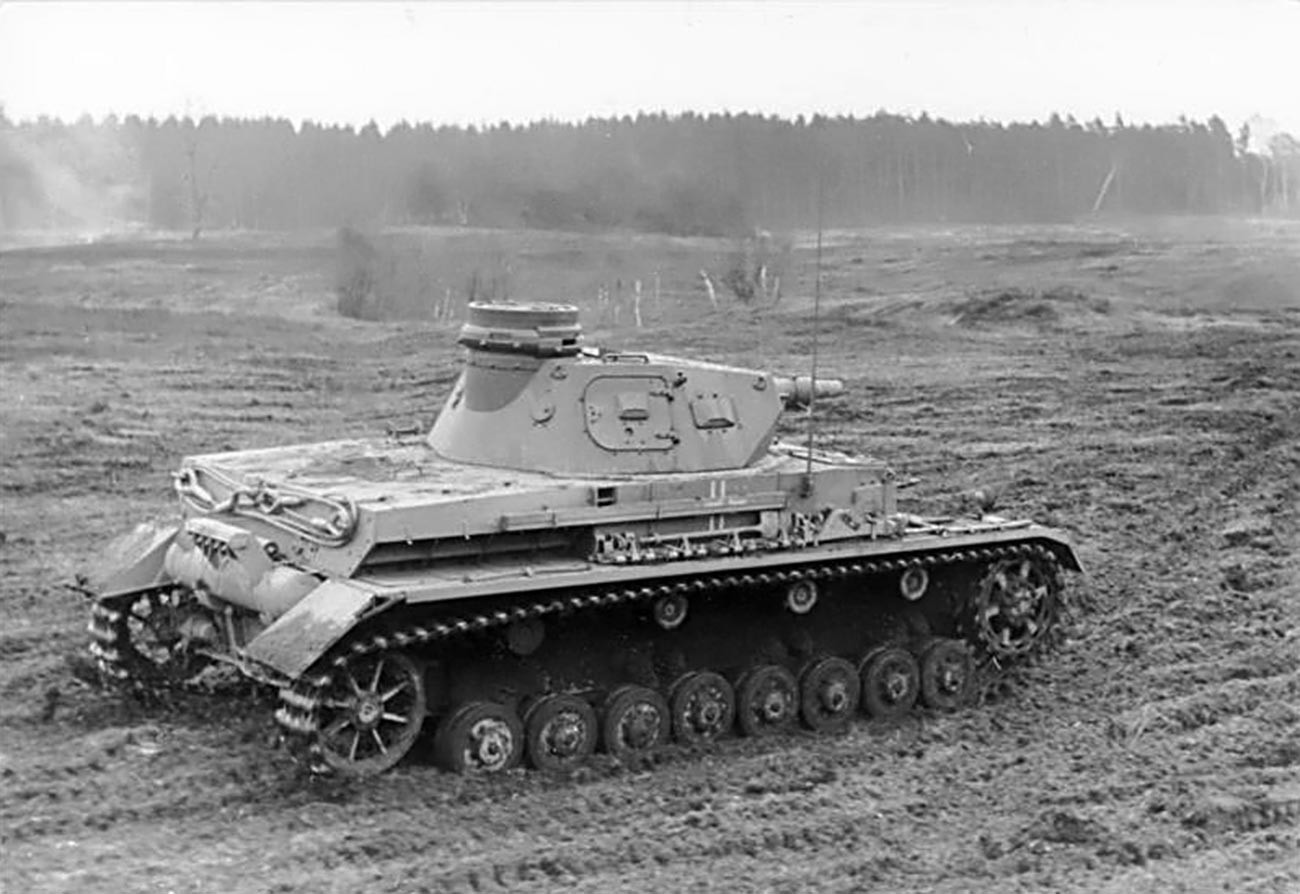 As a result of the so-called Second Battle of Kharkov, the Soviets lost around 270,000 troops killed, wounded and taken prisoner. Many prominent military leaders were killed in combat or committed suicide, including at least ten generals. The losses of the German and Romanian troops amounted to just over 30,000. 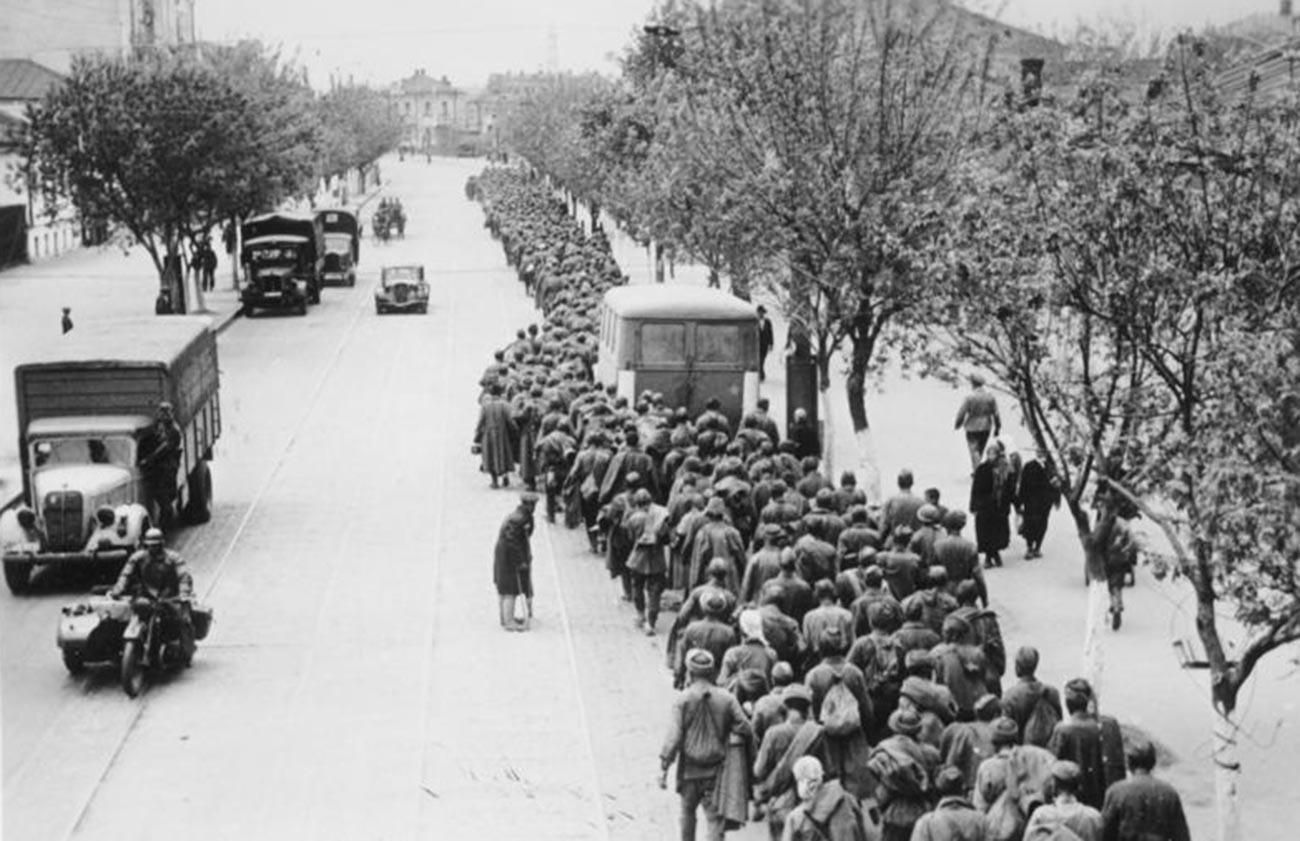 The Kharkov debacle significantly weakened the Soviet positions on the Southern and Southwestern Fronts, ruling out the possibility of any offensive action. It allowed the Germans to regain the strategic initiative and, a month later, implement the Blau plan (known as Operation or Case Blue), as a result of which they were able to break through to the North Caucasus and Stalingrad. 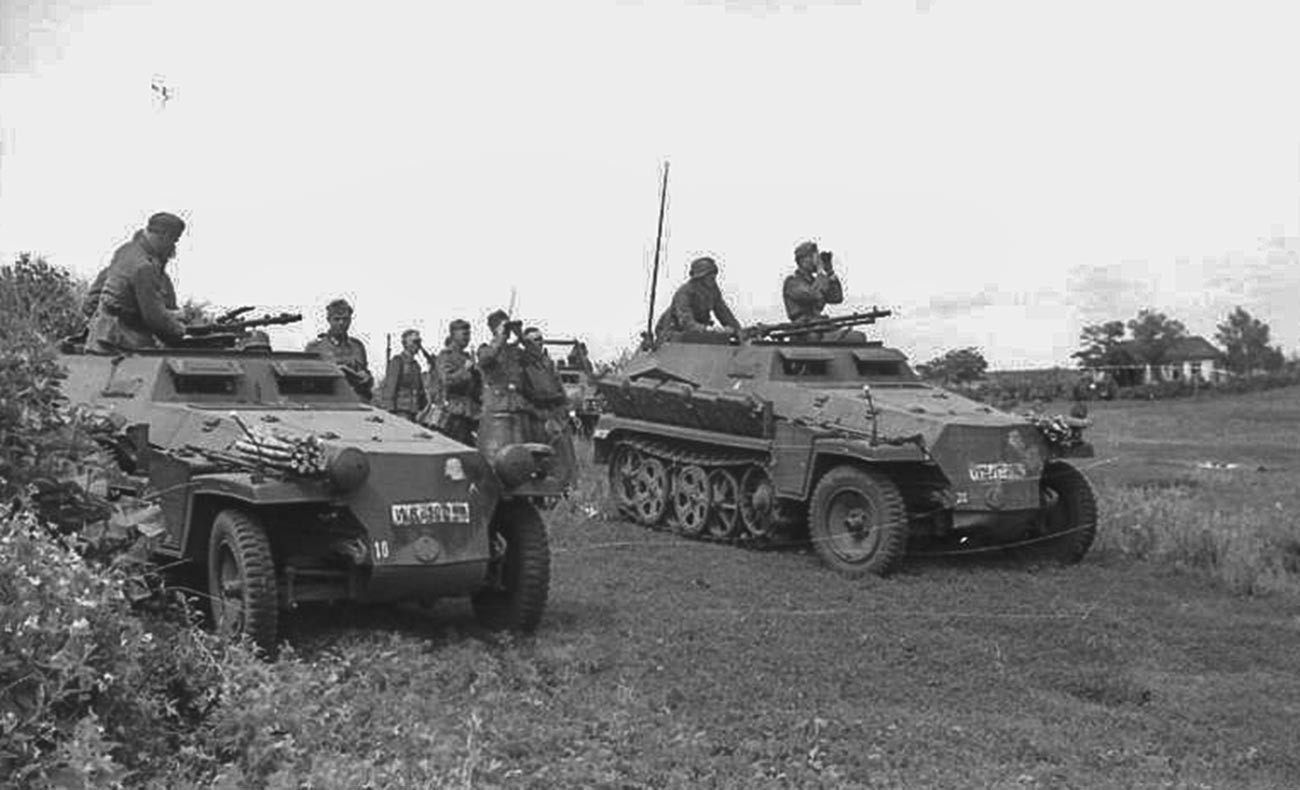