History
Igor Rozin
A harsh climate and the guerrilla tactics of the mujahideen proved to be a hard test for Soviet military hardware. 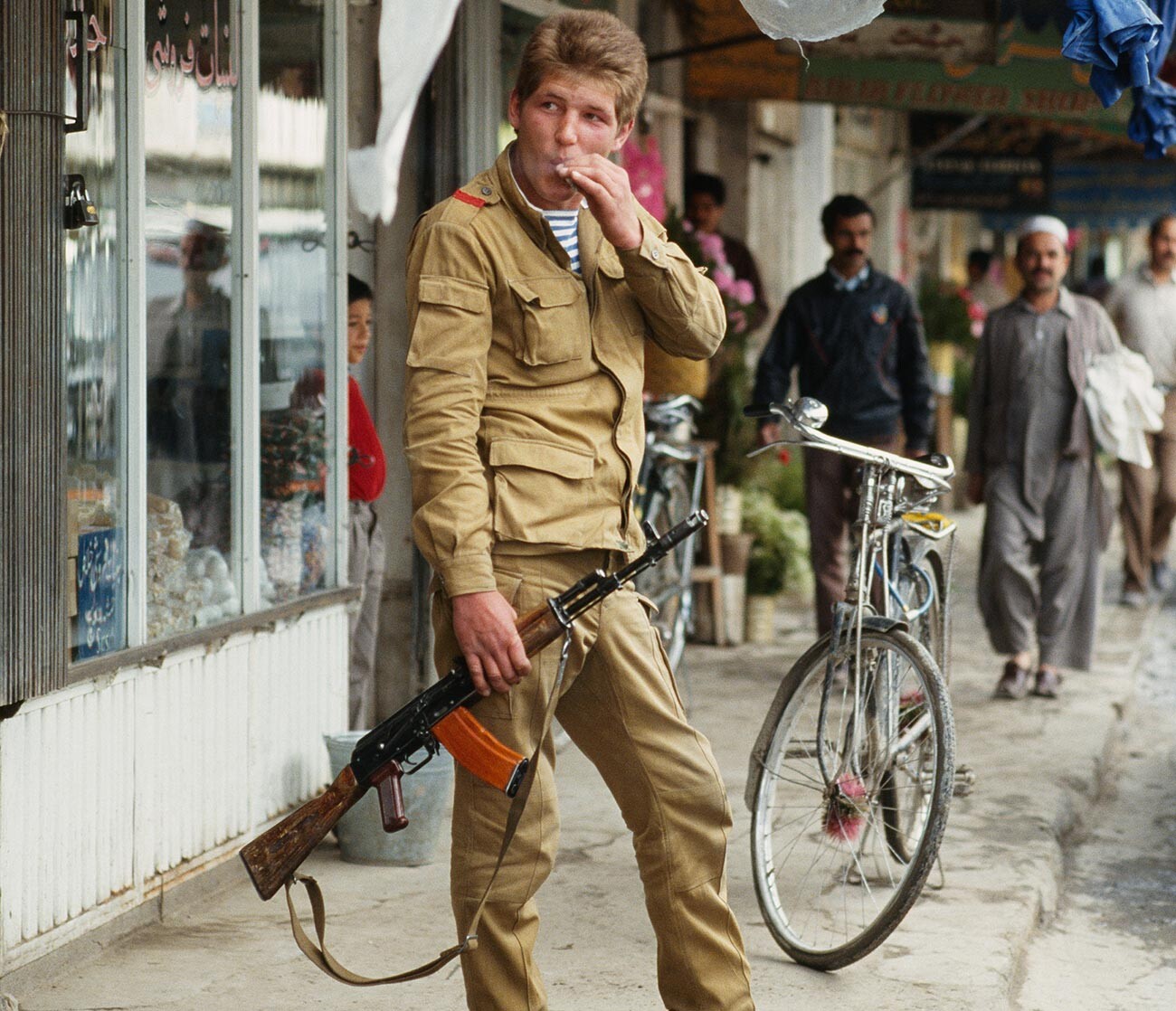 The reliable and low-maintenance 5.45-mm assault rifle became the most widely-used weapon in units of the Limited Contingent of Soviet Troops in Afghanistan. Compared with its predecessor - the 7.62-mm AKM (Kalashnikov Automatic Rifle Modernized) - it weighed less and had a bigger aiming range. 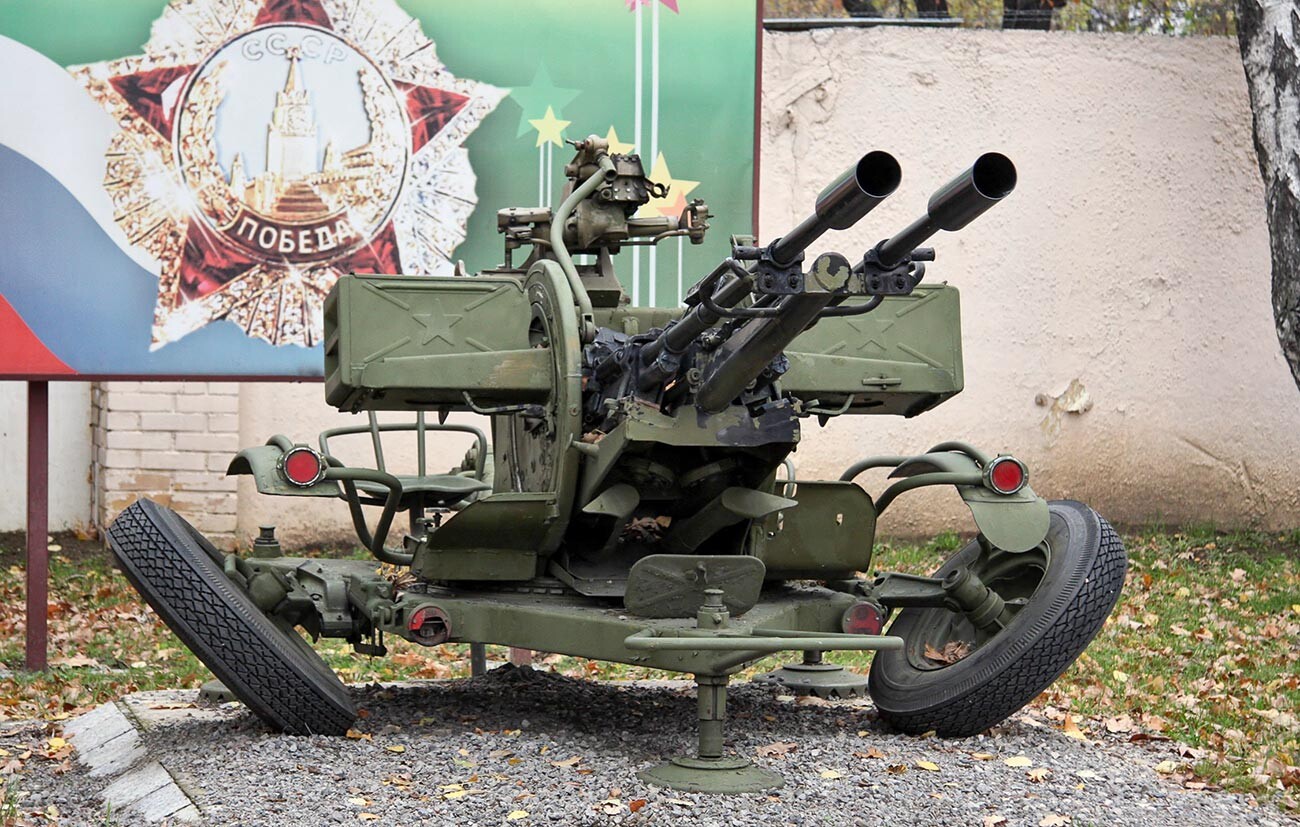 In Afghanistan, there were no targets in the sky for the 23-mm anti-aircraft twin-barreled autocannon (ZU-23), but there was plenty for it to do on the ground. Its ability to fire at sharp angles of inclination and of quickly changing its field of fire came in very useful to the Soviet troops for protecting stationary objects and providing cover for convoys of military vehicles against mujahideen attacks. The ZU-23 was installed on high ground or mounted on the backs of trucks. 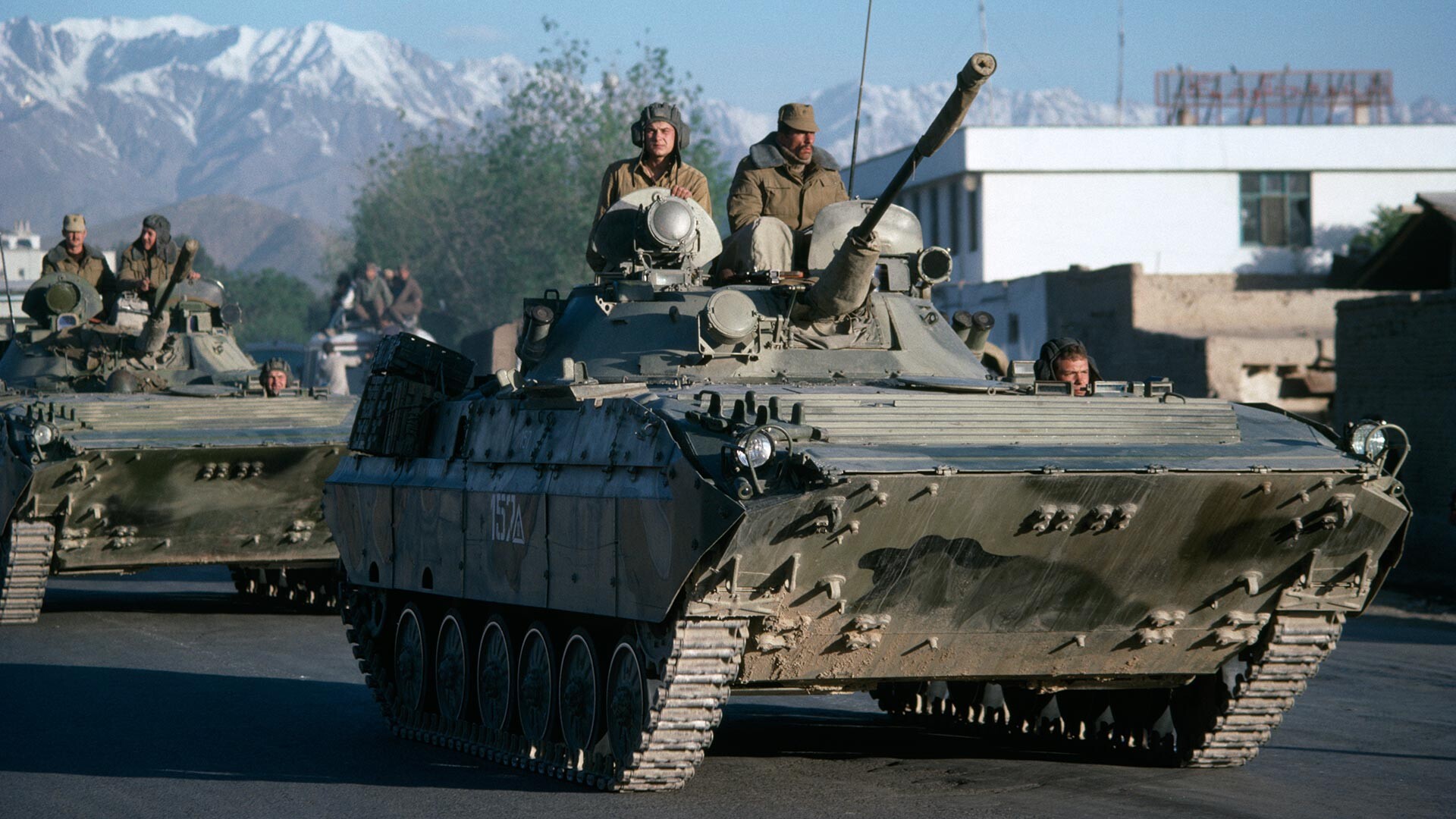 Equipped with a 30-mm 2A42 gun, the BMP-2 infantry fighting vehicle could be effective against an enemy entrenched on high ground. Its main drawback was its high degree of vulnerability: A mine blast or a direct hit from a rocket-propelled grenade could kill all the soldiers inside. Because of this, they usually preferred to travel on top of it, sitting on the armored hull.

“The fierce Afghan heat was arguably harder for us, the BMP crews, than for others. The sun heated the vehicle’s armor so much that it was too hot to touch with your hand. So you would sit there under the armor like inside a stove and you couldn’t help thinking about our Russian winter - how you would go outside and rub yourself down with a handful of snow,” reminisced driver-mechanic V. Tantsev. 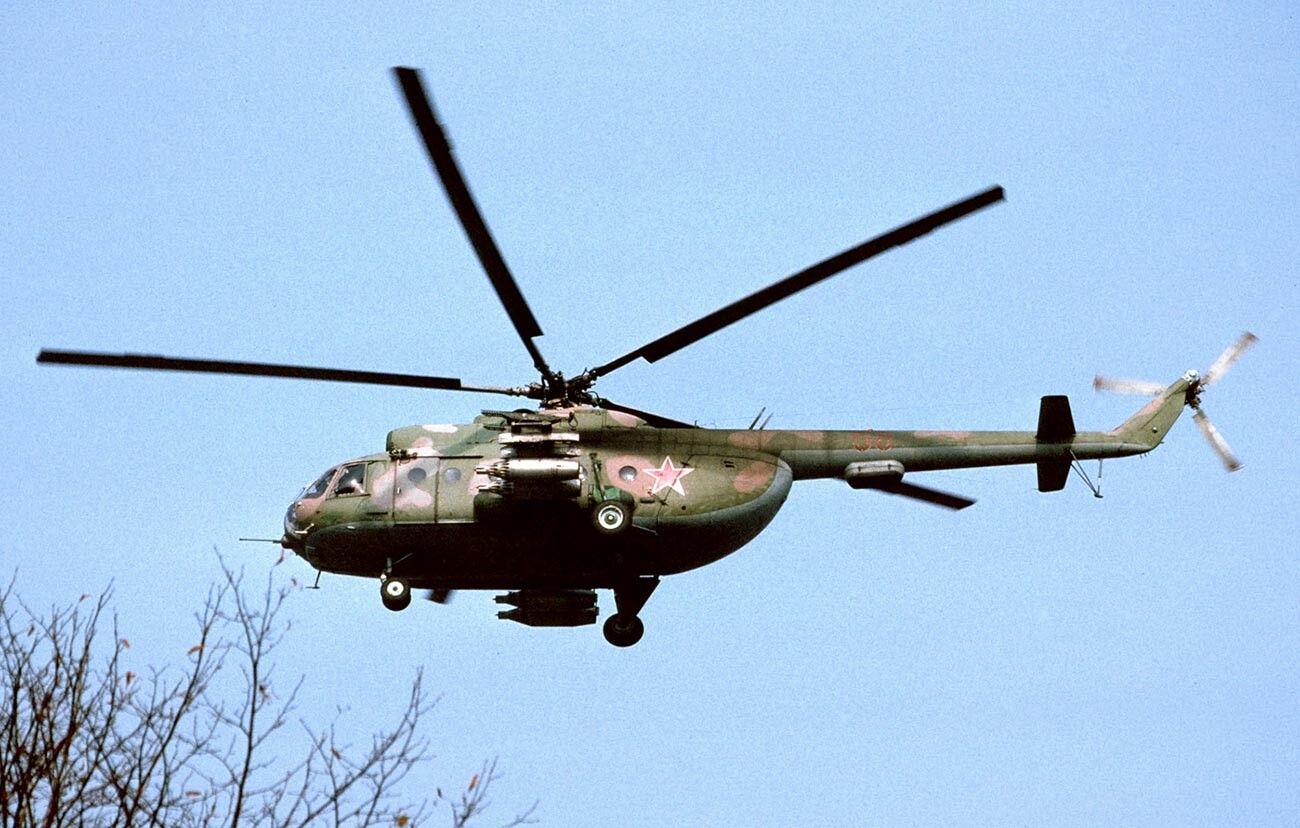 In mountainous terrain with no roads, helicopters became a real lifesaver for the Soviet troops. The Mi-8 was predominantly used for transporting soldiers and cargoes, as well as for airborne assault landings, but they could also be deployed on the battlefield. For these purposes, a mounted 30-mm AGS-17 Plamya automatic grenade launcher was often installed in the door opening of the helicopter. 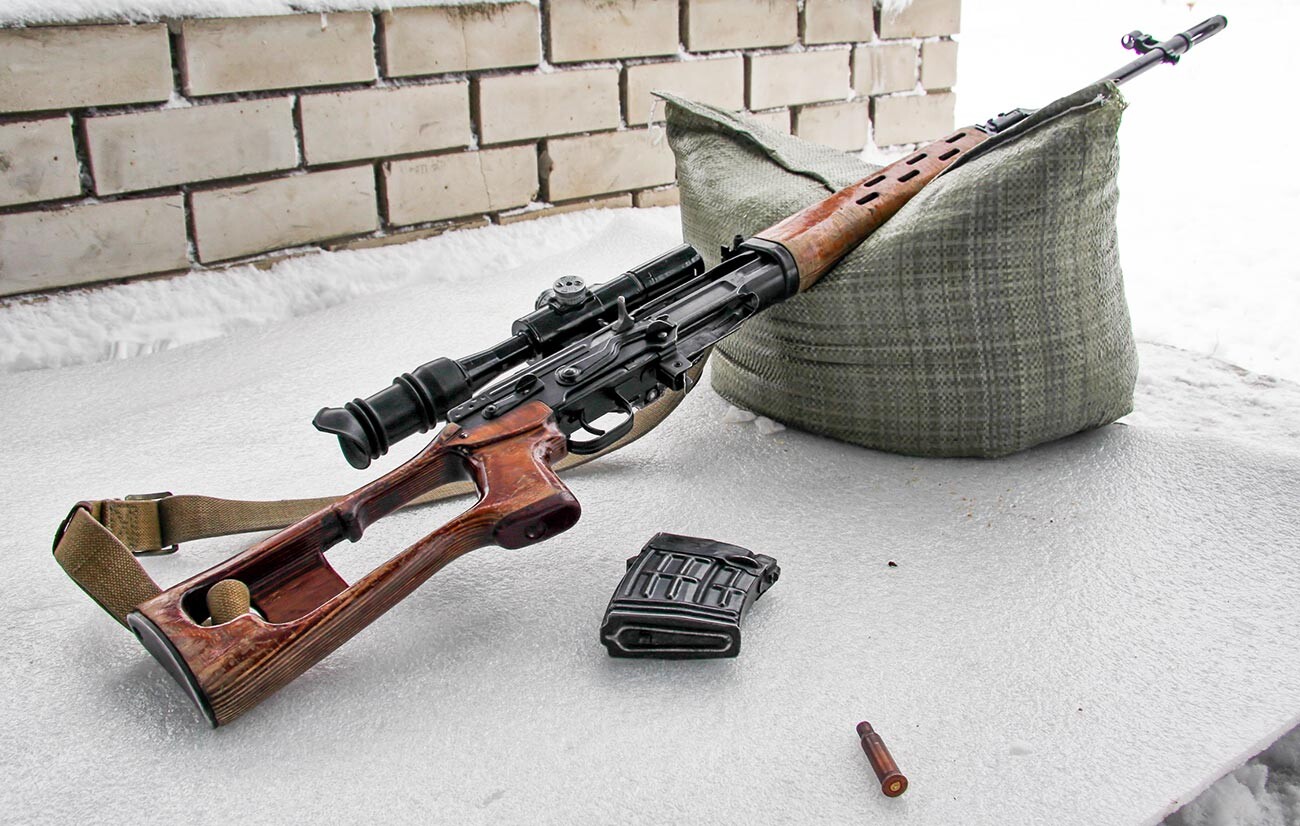 The targeting sight of the 7.62-mm ‘Dragunov’ semi-automatic sniper rifle is designed to be effective at up to 600 meters. However, in 1985, during the Afghan War, marksman Vladimir Ilyin of the 345th Guards Parachute Regiment managed to hit an enemy target at a distance of 1,350 meters. 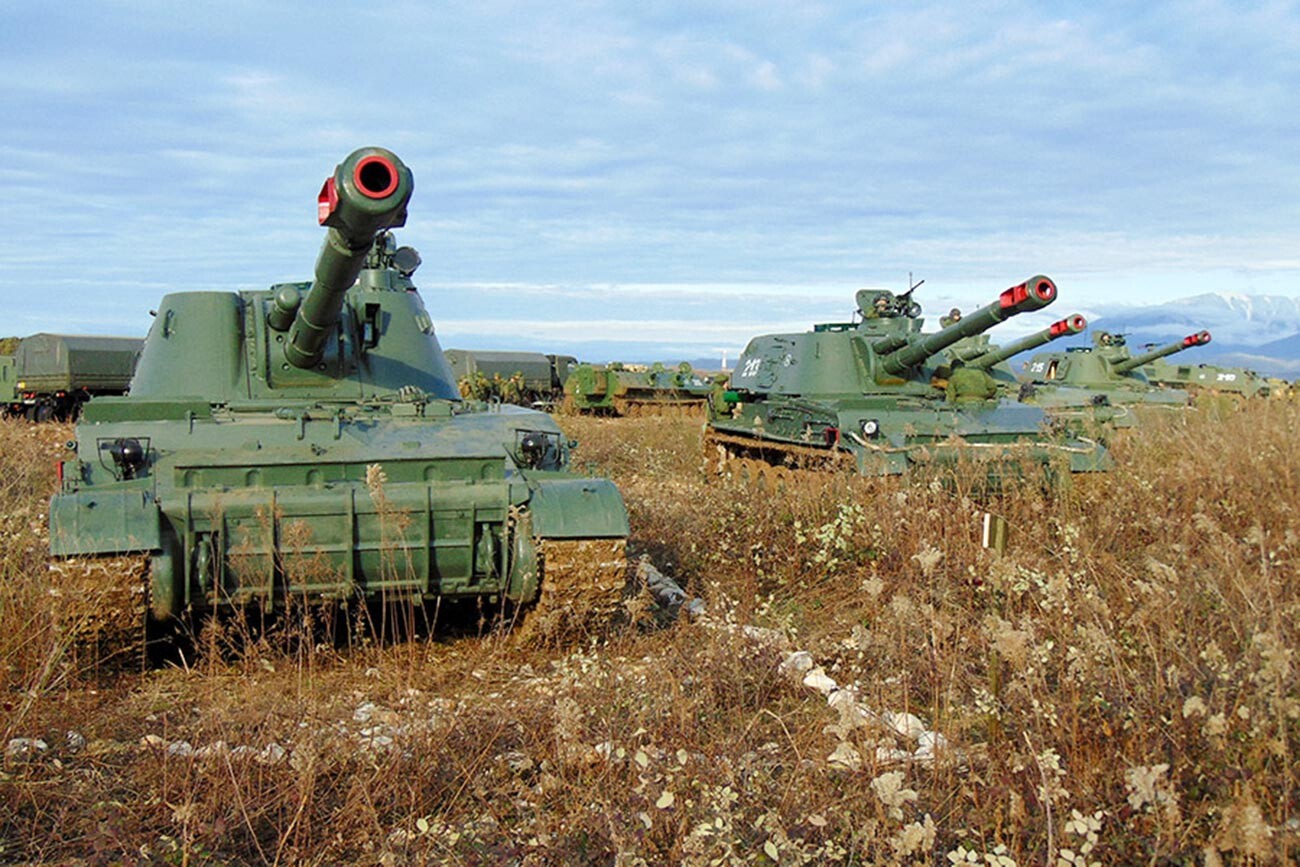 The 152-mm self-propelled howitzer was highly effective in breaking the defenses of mujahideen fortifications. “The blasts from its high-explosive fragmentation shells left such gaps in the walls that the tanks and infantry fighting vehicles were able to pass through without difficulty; they suppressed all enemy armed resistance and guaranteed the success of the mission…” is how Afghan War veteran Anatoly Grigoryev describes the storming of a fortified zone in Baghlan Province in April 1987. 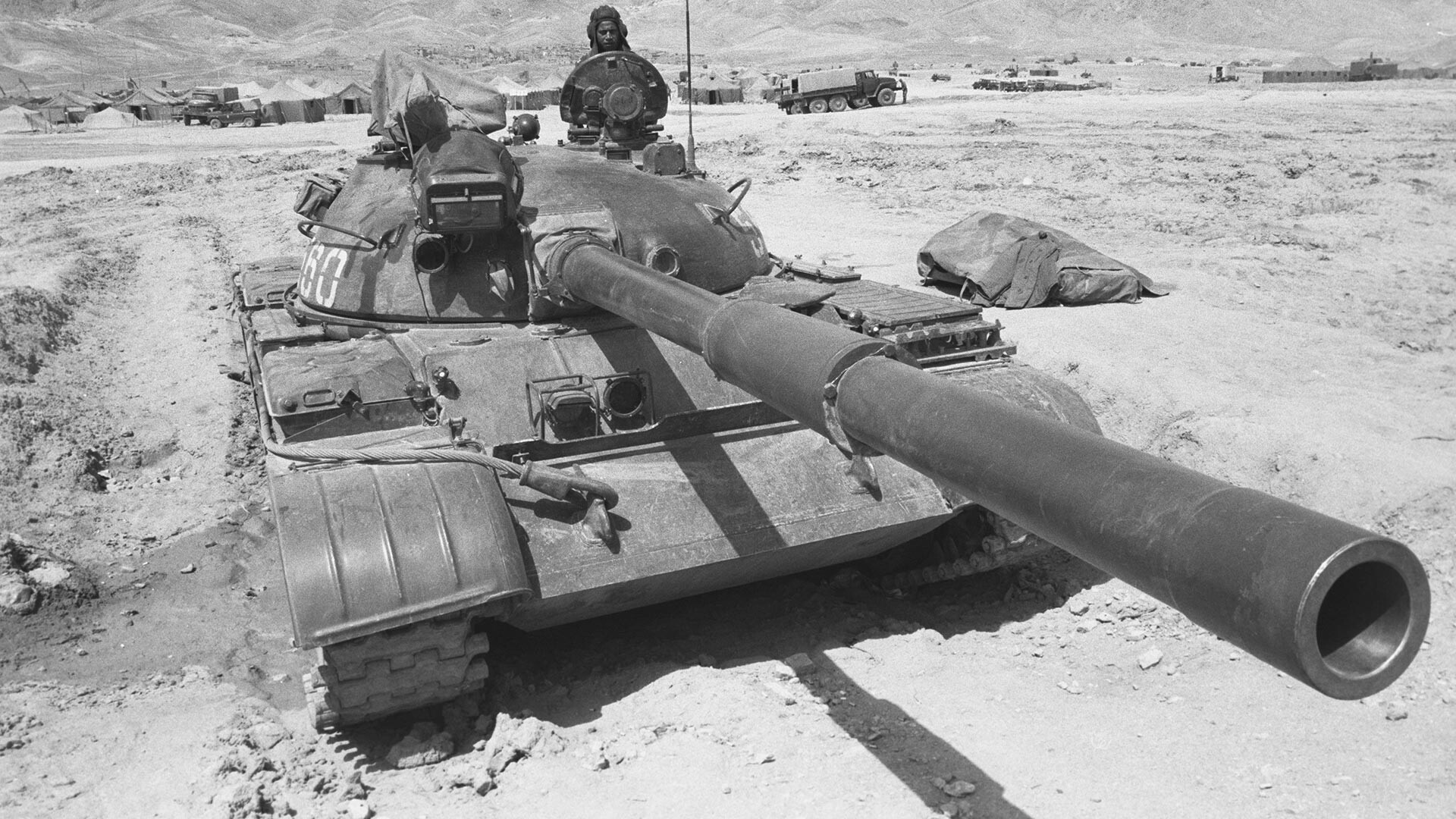 Along with the T-55, the T-62 was the main tank of the Limited Contingent of Soviet Troops in Afghanistan. A restricted angle of elevation and depression of its main gun and coaxial machine gun made it difficult to fire on enemy targets located on raised ground, while the very dusty conditions frequently took a heavy toll on its engine, transmission and running gear. “The tanks… in most cases ‘failed to find’ operational scope for their capabilities; they were incapable of firing on mountaintop targets, they got bogged down in ‘green stuff’ and they often became useless in battle,” recounted Major-General Alexander Lyakhovsky. 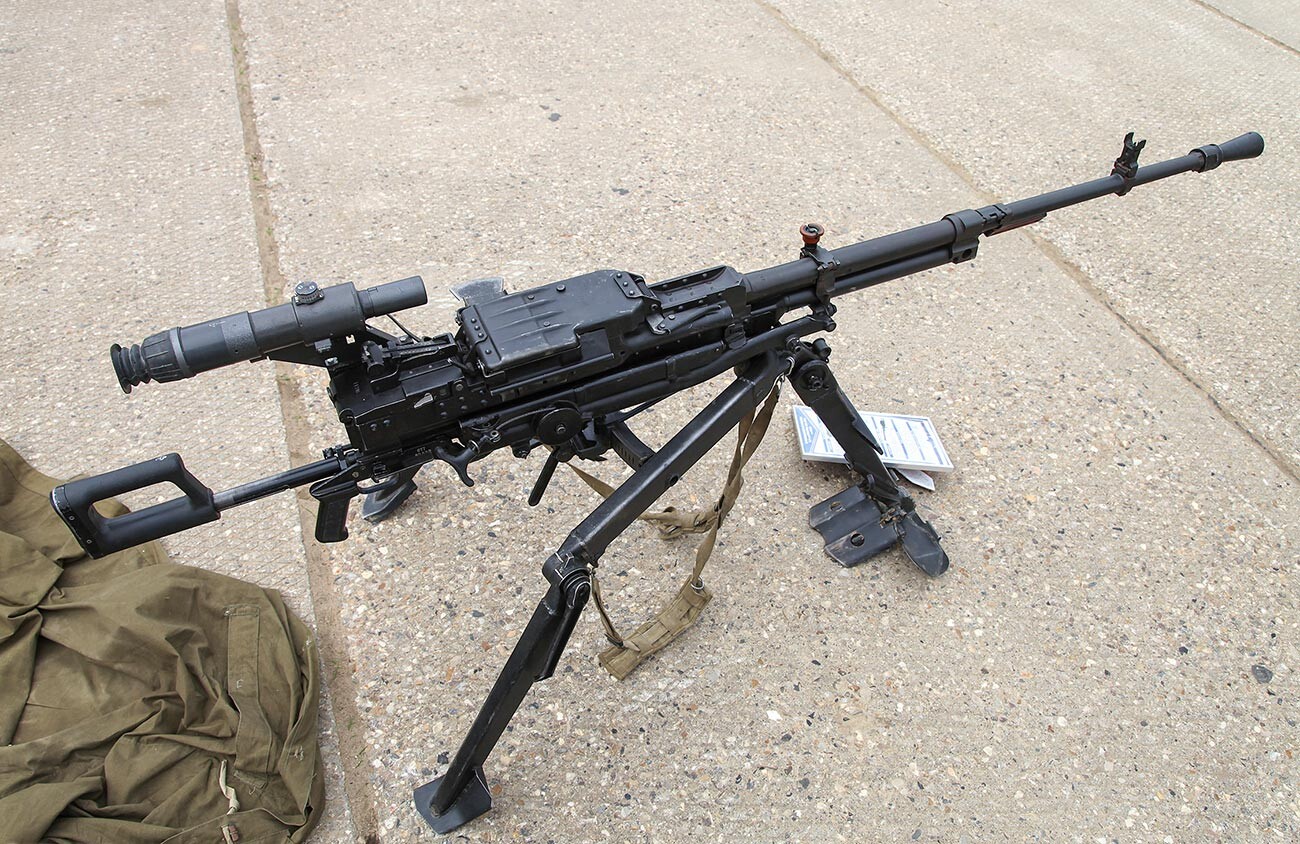 Equipped with an optical sight and capable of a rapid firing rate of 800 rounds/min, the 12.7-mm machine gun performed extremely well when it came to defending checkpoints. The ‘Utyos’ could be used to direct targeted fire over a distance of several kilometers, thus preventing the mujahideen from coming within their assault rifles' effective range. 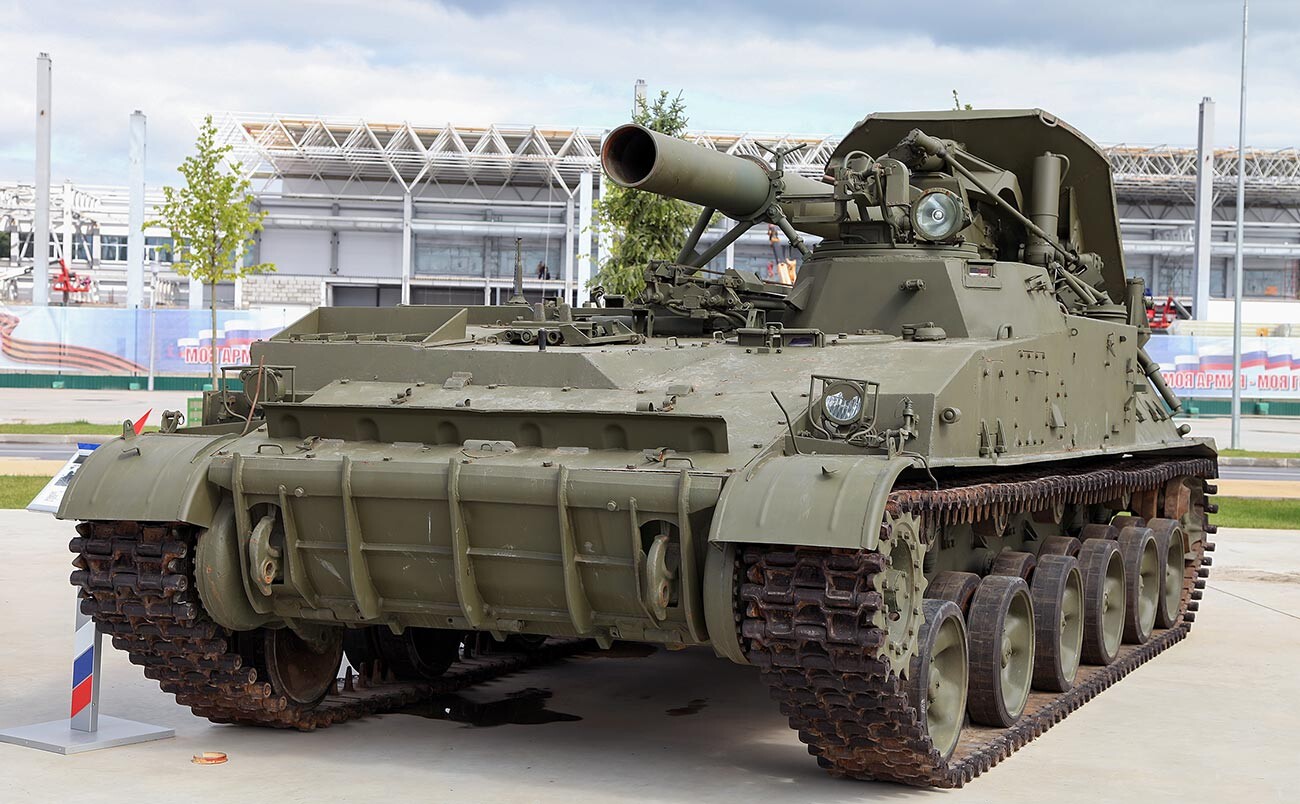 When Soviet servicemen needed to reach enemy forces well ensconced in the mountains, the 240-mm 2S4 ‘Tyulpan’ self-propelled mortar invariably came to their assistance. It effectively struck at mujahideen entrenchments at a distance of up to 20 km - even those on slopes located on the far side of mountains and in ravines. 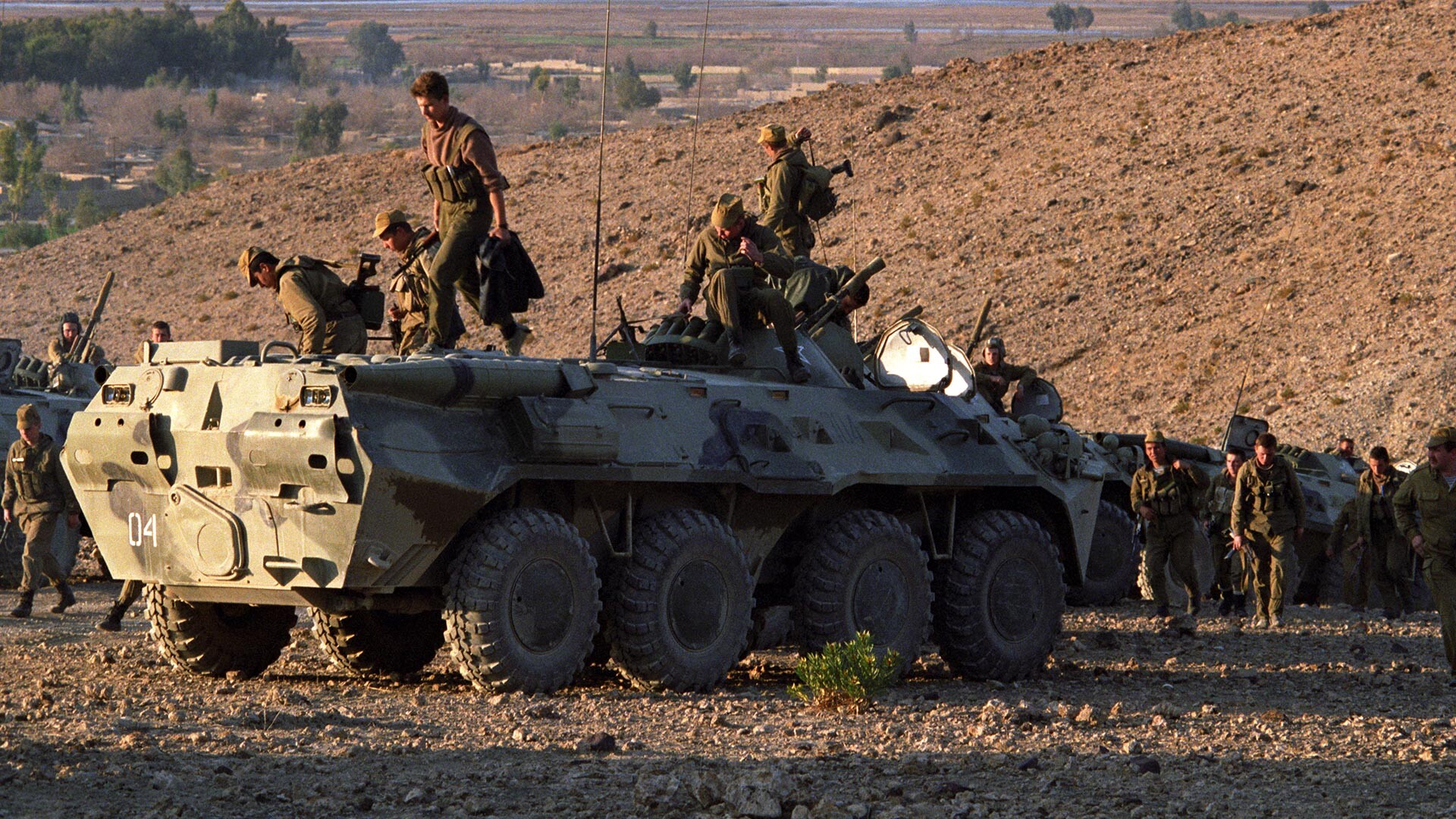 In the mountainous terrain of Afghanistan, this armored personnel carrier experienced major problems with its engine: It frequently overheated and lost power in the rarefied air. On the other hand, the BTR-70 was much better than tanks or infantry fighting vehicles at withstanding mine blasts. Even if several of its wheels were damaged, it did not become easy prey for the enemy and remained on the move. 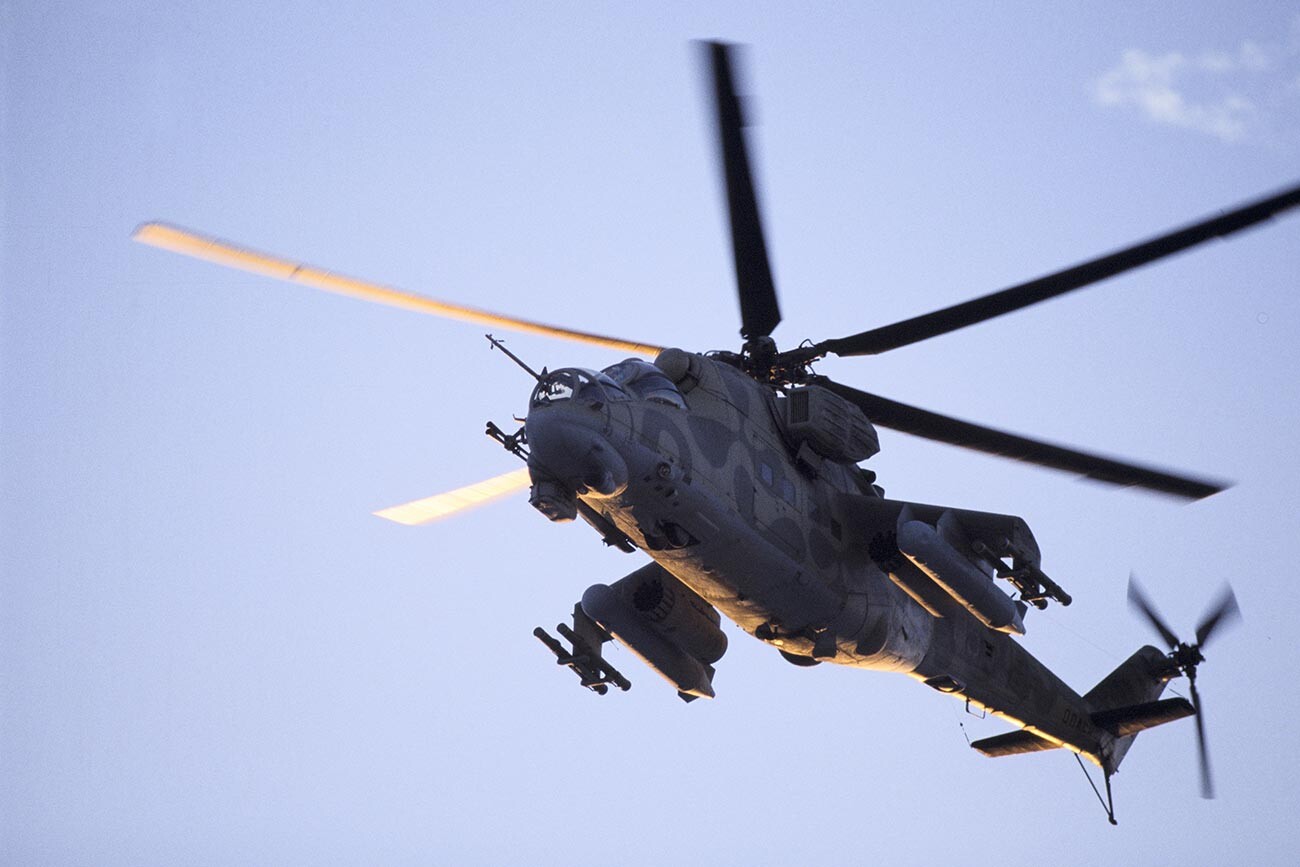 The Mi-24 attack helicopter, unofficially known as ‘Crocodile’, was armed with a range of guns, missiles and bombs. The mountainous terrain, heat and dust had a damaging effect on it, as was the case with other Soviet military equipment. Nevertheless, the ‘Crocodile’ was effective in eliminating detachments of mujahideen and destroying their fortifications, putting genuine fear into the enemy.

In Takhar Province in 1983, for instance, Anatoly Volkov used his Mi-24 to cover the withdrawal of a paratrooper company, despite the fact that he was out of ammunition, repeatedly simulating an attack on the enemy fighters who scattered in all directions at the very sight of him. 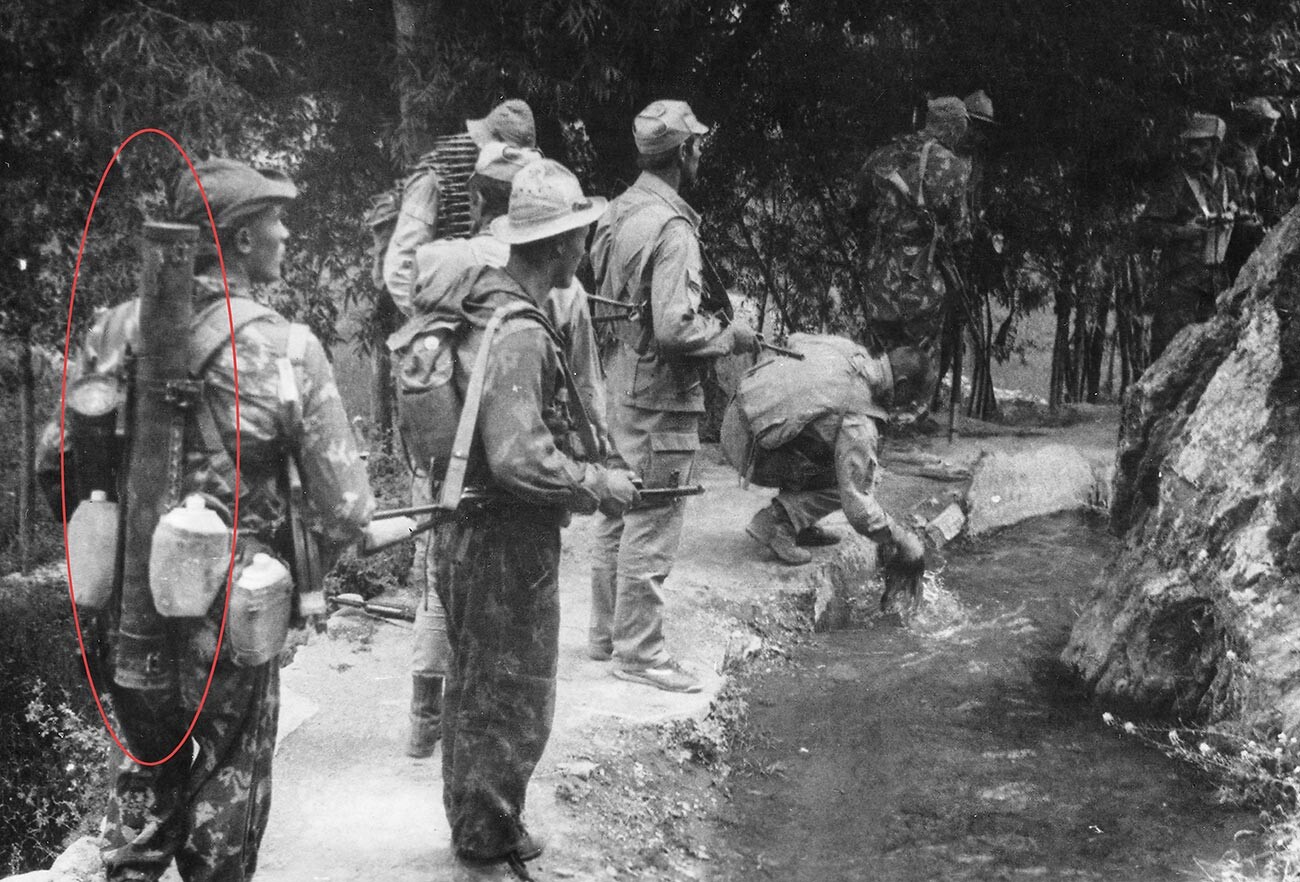 The hand-held Shmel flamethrower, dubbed “Shaitan-Pipe” by the mujahideen, had the equivalent power of a 152-mm howitzer, but weighed in at just 11 kg and could easily be carried on an infantryman’s back. The rocket, which can travel up to 1,700 meters (with an aiming range of up to 800 meters), destroyed any living thing within a radius of 80 sq. m. in enclosed areas and within a radius of five meters in open ground. Shmel was an effective weapon against enemy forces sheltering in rock crevices. 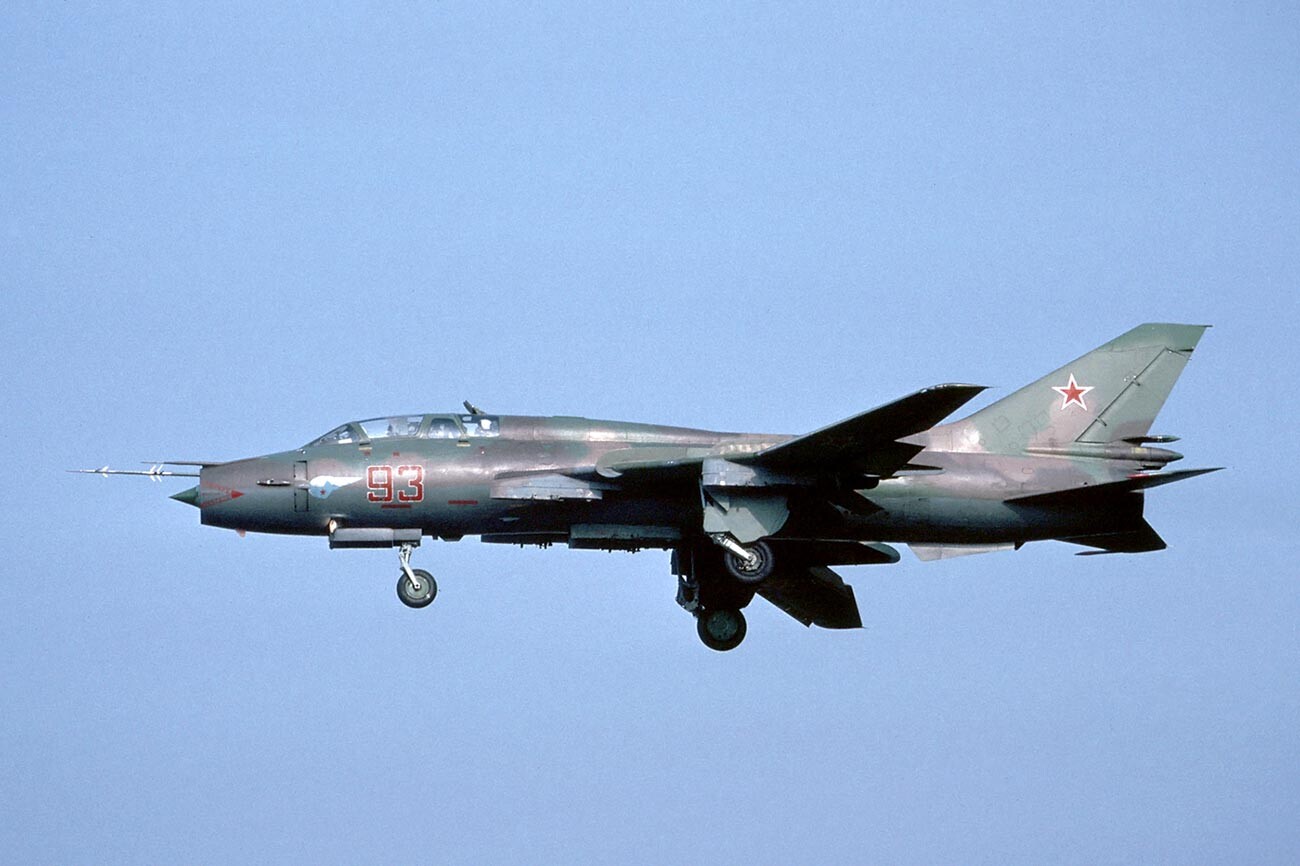 The Sukhoi Su-17 fighter-bomber was the only Soviet air force plane in use from the beginning right to the end of the Afghan War and to be employed both to attack the enemy and for reconnaissance missions.

Every now and again, the extreme climatic conditions caused its equipment to overheat and break down, or adversely affected its take-off and landing performance and increased its fuel consumption. It was simply impossible to endure conditions in its cockpit during the day, so combat sorties were scheduled for evenings or early mornings whenever possible.