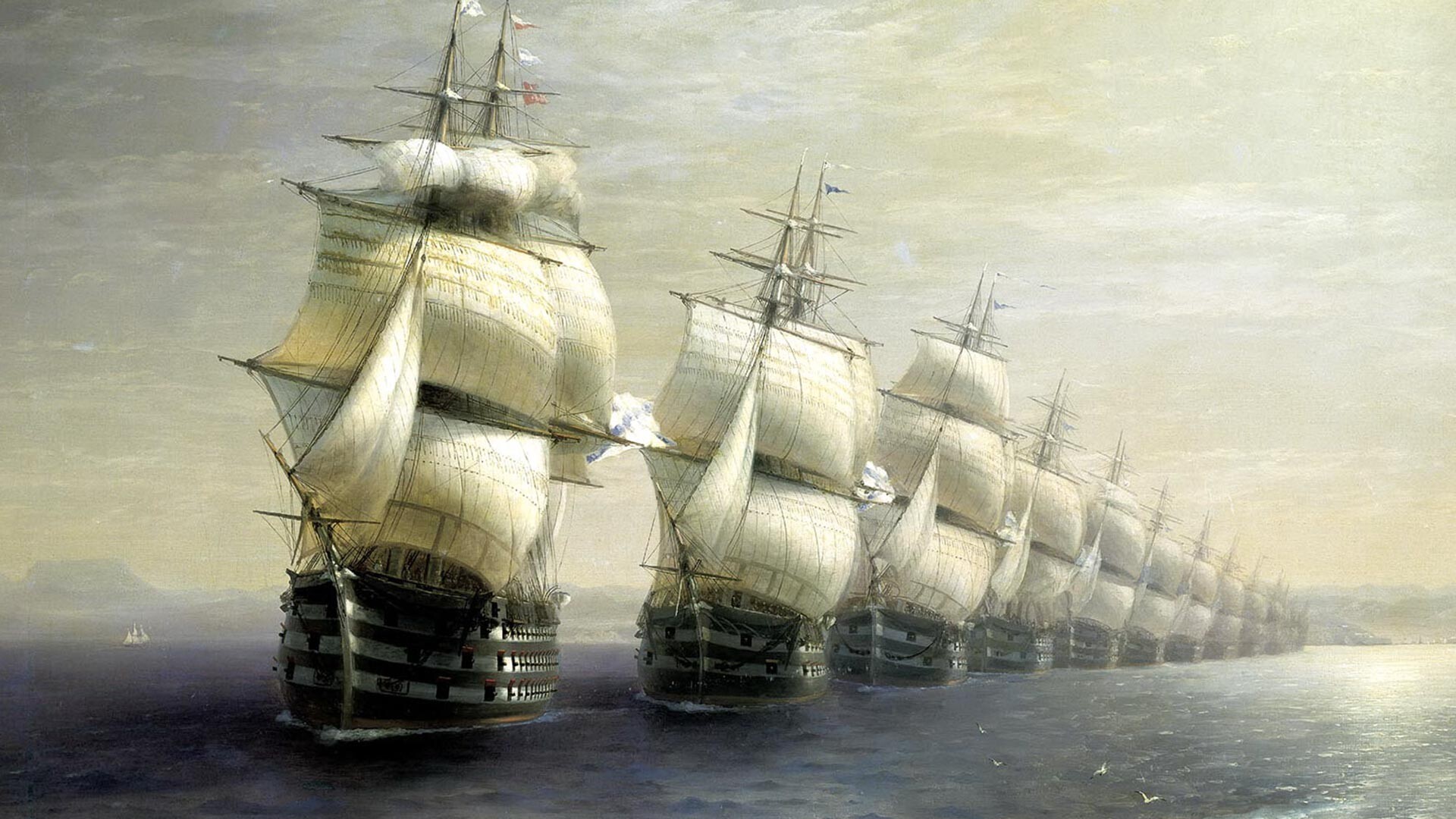 Ivan Aivazovsky/Central Naval Museum
Over its history, the Russian Navy has had many ships with truly weird names. We’ve highlighted some of the funniest below!

The ‘Grozny’ (“Terrible”), the ‘Khrabry’ (“Brave”), the ‘Gromoboy’ (“Thunderer”) and the ‘Besposhchadny’ (“Merciless”) - these Russian and Soviet navy ship names were supposed to inspire pride in the sailors who served on them and instill awe in their enemies. There were other ship names, however, that could evoke only bewilderment or a smile.

Tsar Peter the Great often approached the choice of name for ships in the navy he had created with humor. For instance, he dubbed one of his barca-longas (military vessels propelled by oars, as well as sails) the ‘Tri Ryumki’, presumably in honor of the numerous banquets and feasts that he loved so much to host. 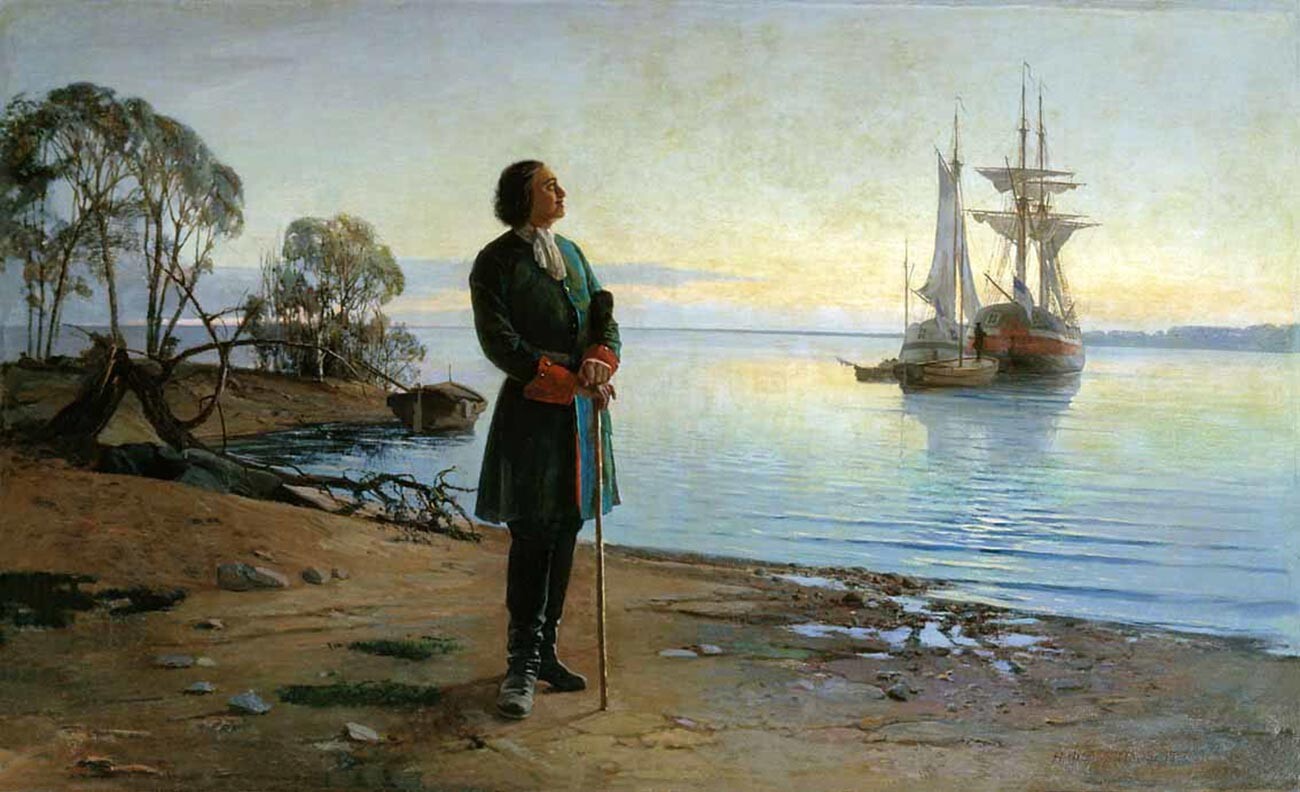 Nikolai Dobrovolsky. Here Will Be Built a Town

The 36-gun ship, whose motto was “Moderation in all things”, was completed in 1700. There were protracted preparations for it to go out into the Sea of Azov, but, for some reason, this never happened. The ‘Tri Ryumki’ spent a long time rotting on the River Don, until it was finally taken apart in 1710.

Despite their expressive names, the ‘Pivonosets’ and the ‘Vinonosets’ were not involved in shipping alcoholic drinks. In the Great Northern War against Sweden, they were initially used as transport ships and then, in 1705, they were converted to cannon vessels for the bombardment of enemy coastal forts and shore fortifications.

Peter the Great did not think up these amusing names for his ships on his own, however, but borrowed them from his teachers in matters nautical - the Dutch.

‘Ne Tron Menya’ - the Touch Me Not

This was the unusual name of a whole series of ships of the line, a type of naval warship constructed during the Age of Sail, built between 1725 and 1832. It had nothing to do with warning the enemy not to come close, however.

The ships were given this name in honor of the Gospel description of Christ’s first appearance after the Resurrection, to Mary Magdalene. Jesus announced: “Touch me not; for I am not yet ascended to my Father; but go to my brethren, and say to them, I ascend to my Father and your Father, and to my God and your God.” (John 20:17)

An armor-clad floating battery named the ‘Ne Tron Menya’ was launched in 1864, which went on to serve in the Baltic Fleet for more than 40 years. In 1908, it was converted to a bulk-cargo barge. The ship met its end in World War II, when it sank in the Neva River during the Siege of Leningrad. 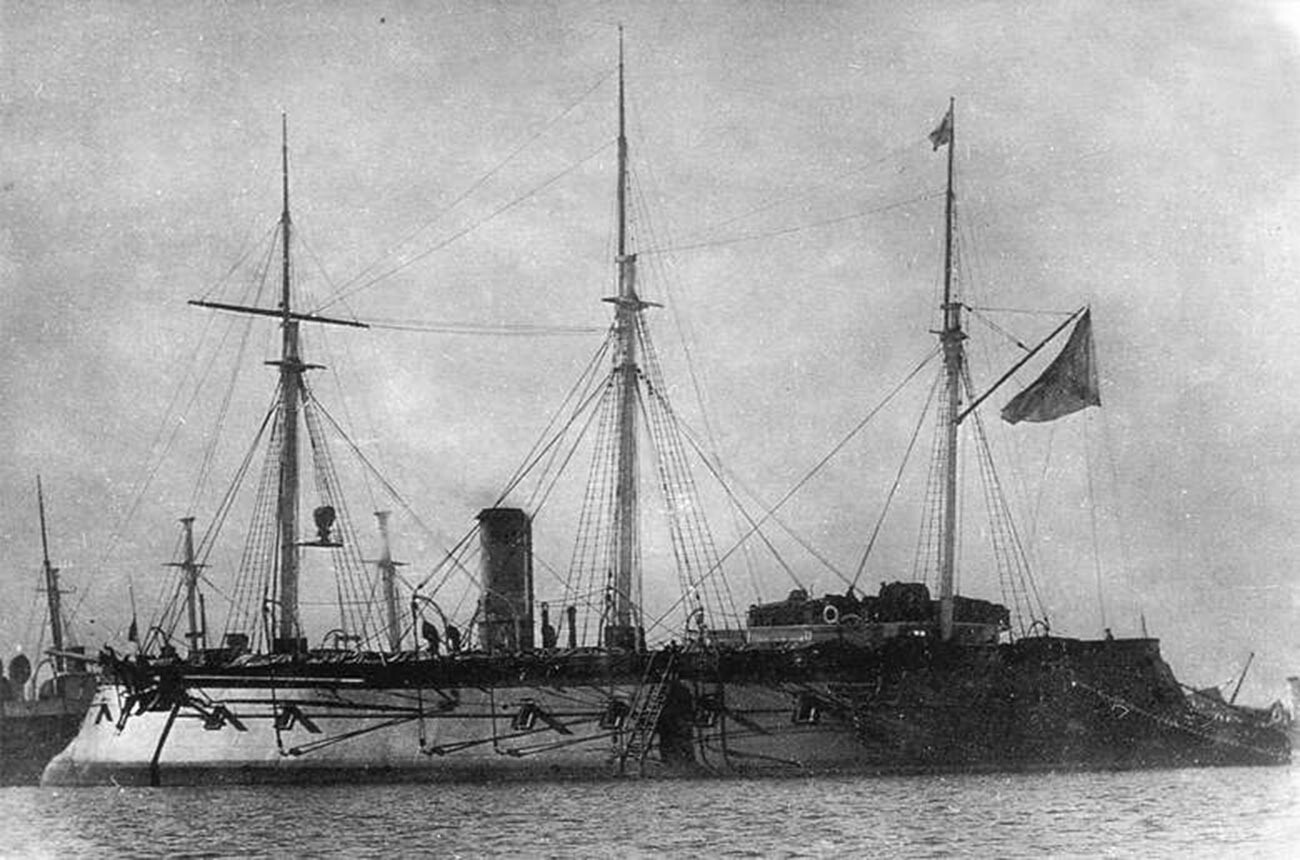 Strange to say, the biblical name ‘Ne Tron Menya’ was also given to a floating anti-aircraft battery of the Soviet Black Sea Fleet that defended Sevastopol in the years 1941-1942. In this case, however, the name was not picked in a nod to the Gospel subject, but as a mark of respect to the ships of the Russian Imperial Fleet that had carried this name and particularly the armor-clad floating battery that had served in the Baltic.

Built in Newcastle in 1857, the paddle steamer renamed ‘Krikun’ upon arrival in Russia, served in the Black Sea Fleet not only as a tugboat, but also as a warship. To this end, two four-pounder artillery guns were installed on it during the 1877-78 Russo-Turkish War.

Cape Ak-Burun in Crimea was a fateful and tragic place in the fortunes of the ‘Krikun’. Here, in 1861, the steamer distinguished itself by saving the crew of the steam frigate ‘Khersones’ when it was wrecked. It was there, too, on April 26, 1878, that it ran onto rocks and sank.

Initially built in 1871, the steam launch, ‘Shutka’ was intended to be used for river cruises by the Crown Prince, the future Emperor Alexander III. But, it was subsequently destined to play a part in events that were no laughing matter.

On the eve of the Russo-Turkish War of 1877-78, Alexander put it at the disposal of the Russian Imperial Fleet and in the military conflict that flared soon afterwards the ‘Shutka’ operated as a minelayer.

On June 8, 1877, the launch was providing cover for the laying of a mine barrage in the area of the island of Mechka on the Danube in an operation that was essential to protect the Russian army’s intended crossing of the river. When the Turkish steamer ‘Erekli’ unexpectedly appeared near the island, the ‘Shutka’ immediately headed in its direction and attacked the enemy with a spar torpedo - an explosive charge at the end of a long pole. 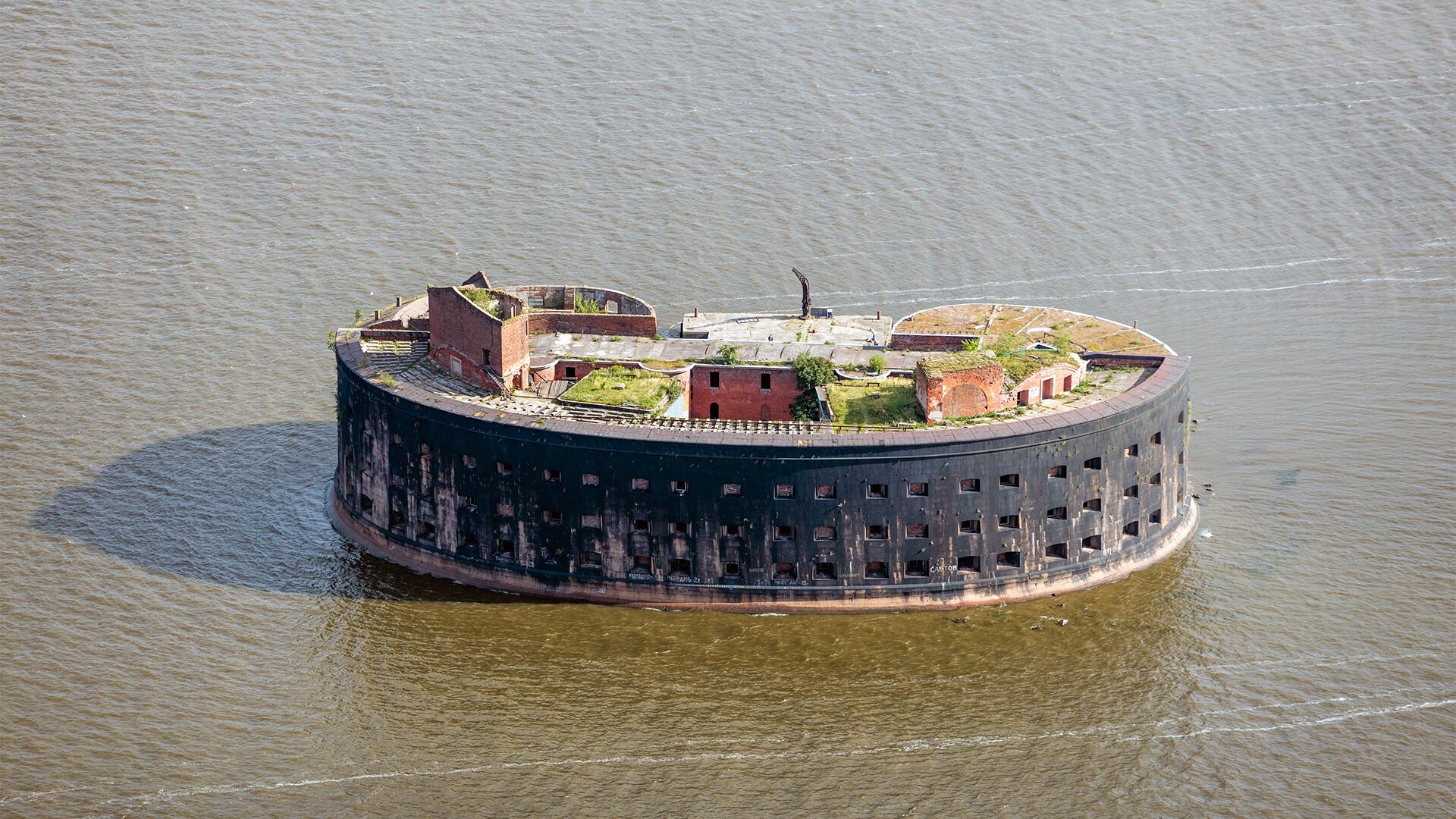 Even though the device failed to detonate, the startled Turkish steamer immediately withdrew. The commander of the launch, Nikolai Skrydlov, was awarded the Order of Saint George IV Class for this exploit.

In 1897 a plague laboratory was opened in Fort Alexander I on an artificial island in the Gulf of Finland that protected the approaches to the capital of the Russian Empire, St. Petersburg. The isolated fort was an ideal location for the development and production of a vaccine and antibody serum against the dangerous disease.

Links between the fort, which subsequently became known as Plague Fort, and the outside world were maintained by means of a small steamer that was given a highly suitable name in the circumstances - the Mikrob. In winter, the doctors would get to “dry land” on sleds.