The only Soviet sailor to DEFECT from a submarine 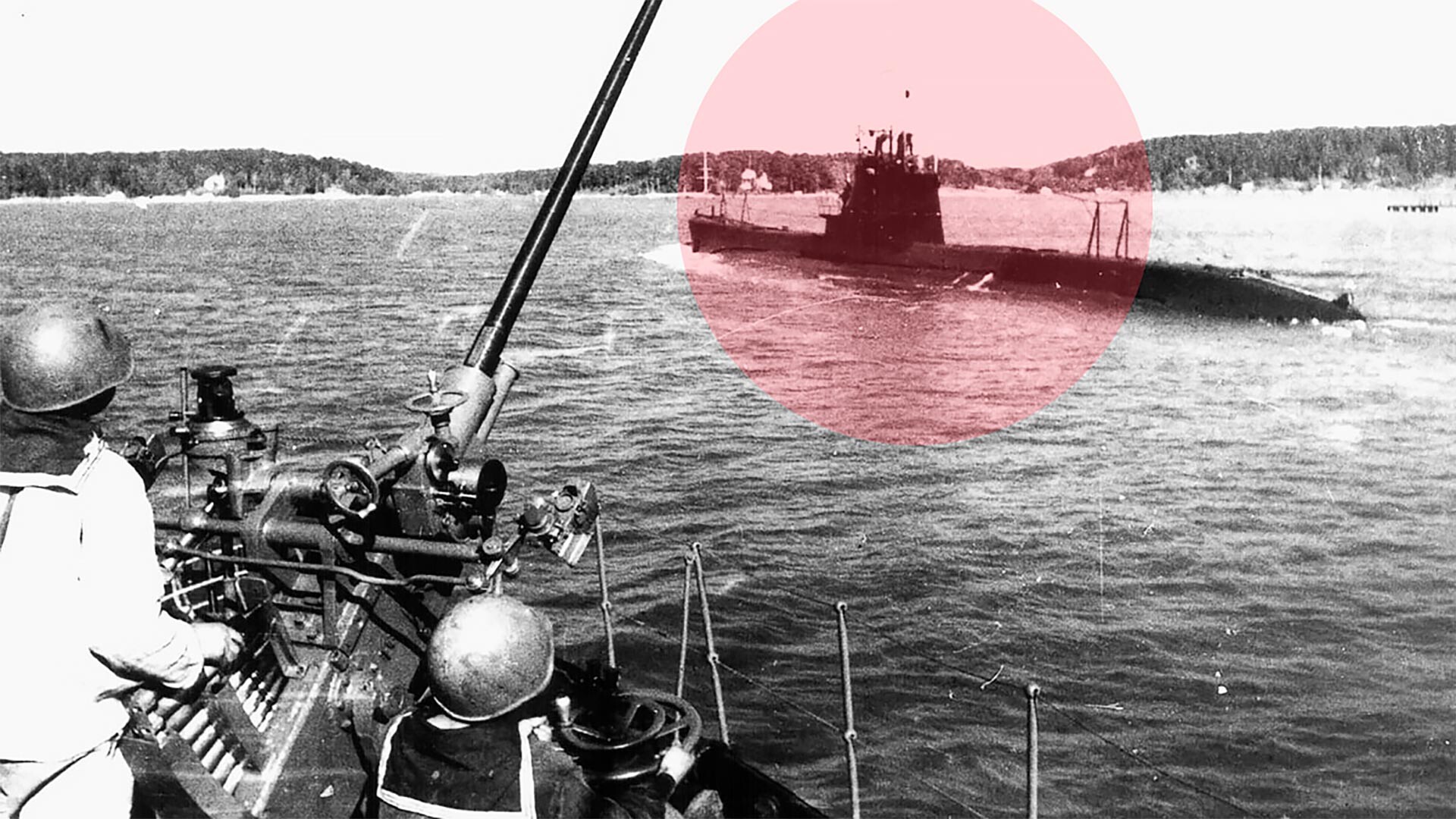 Archive photo
Boris Galkin was just one step away from handing over an entire Soviet submarine complete with an unsuspecting crew into the Germans’ hands.

“There is no escaping from a submarine,” Russians usually say when someone has found themselves in a hopeless situation and has to resign to circumstances. The idea that one can escape from a submarine on a combat voyage seems absurd. And yet, in the history of the Soviet fleet there was one person who managed to do just that.

This deserter was Boris Galkin, a petty officer in charge of a team of technicians on board the Shch-303 ‘Shchuka’ (Rus: pike) submarine. “He is rude, he doesn’t know how to make friends and he loses his wits in moments of danger,” his colleagues said of him. 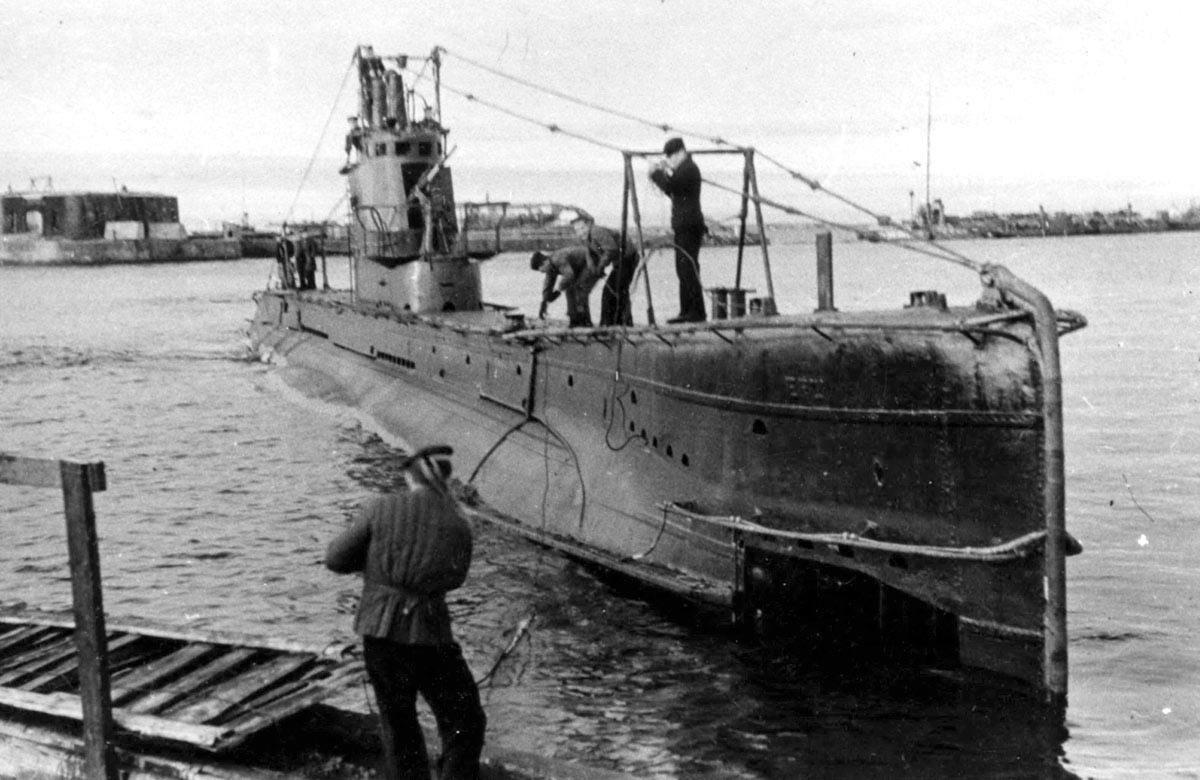 That said, Galkin showed his mettle in three military combat sorites, took part in the sinking of several German transport ships and was eventually awarded the Order of the Red Banner and the Order of the Patriotic War. So why did a man with a track record like that decide to defect?

In May 1943, the Shch-303 set off from Kronstadt on a long combat voyage to the mouth of the Gulf of Finland to reconnoiter German anti-submarine defense. It had provisions for 78 days. However, the voyage got off to a difficult start.

Already in its first days, the ‘Shchuka’ had its side scratched by a German anti-submarine mine, which, fortunately, did not go off. Furthermore, the bay was literally teeming with German and Finnish ships, so the Soviet submarine found it virtually impossible to surface to recharge its batteries. 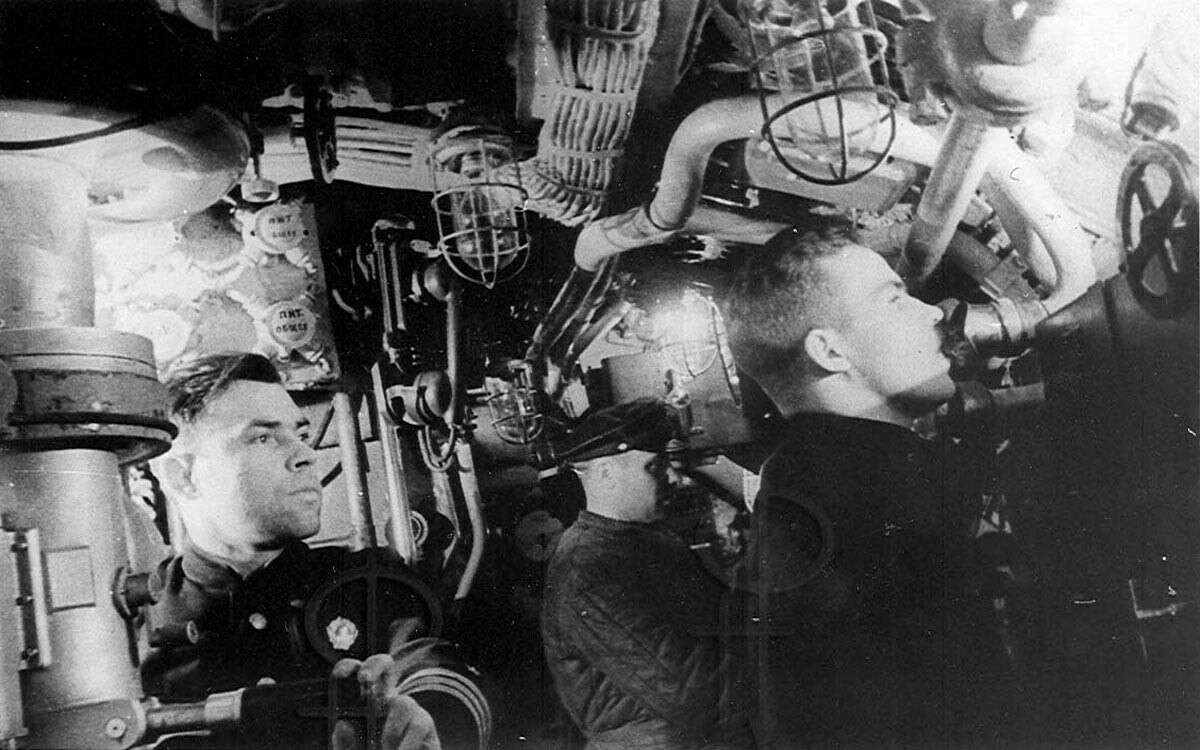 However, the most unpleasant surprise awaited the Soviet sailors when they entered the Baltic Sea: from coast to coast, the bay was blocked by a double anti-submarine net. Attempts to break into the open sea failed. The Shch-303 was hunted by enemy ships, which did not allow it to surface even at night. In the second week of the voyage, the ‘Shchuka’ had to lie on the seabed, where it was to spend several days.

The battery was quickly running out and the crew were saving electricity as best they could. There was also a dire shortage of air. The semi-conscious crew, who had nothing to eat apart from a disgusting soup made of seawater, expected an attack every minute. It was then that Galkin broke down.

On May 21, at noon, petty officer Boris Galkin took over the watch in the central post, together with another watch officer. Nearby was a radio room with several radio operators and acousticians in it. 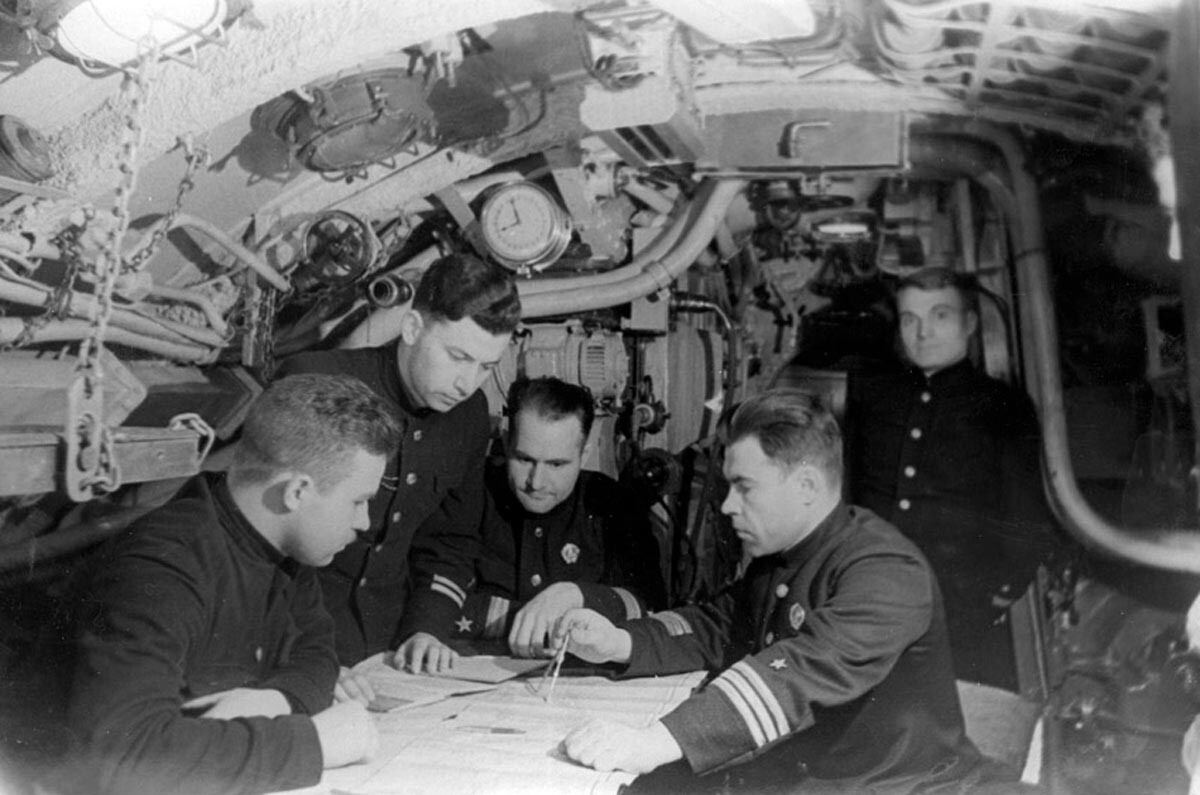 Three hours later, an acoustician heard the noise made by the propellers of numerous ships and the watch officer immediately went to report this to the submarine commander, Ivan Travkin. Left alone, Galkin acted fast. He locked the radio room, barricaded himself in the compartment, turned off the lights and pumped high-pressure air into the tanks, after which the submarine began to quickly surface. The petty officer himself rushed to the upper hatchway.

The stunned crew did not immediately realize what was happening. “I hurried to the central post,” Ivan Vasilyevich Travkin recalled. “But the steel bulkhead door leading there from the fourth compartment turned out to be locked. In the dark, I pushed it, pummeled it with my fists – to no avail.”

Soon, the radio operators managed to get out of the radio room and let the commander into the central post. Ordering to prepare the submarine for a crash dive, Travkin climbed after Galkin to the bridge: “The bright sun made my eyes hurt. The sea was dazzling. I looked around. There were numerous ships at different distances from the submarine. The nearest ones were just 30 meters away. The barrels of their guns were aimed at us.” 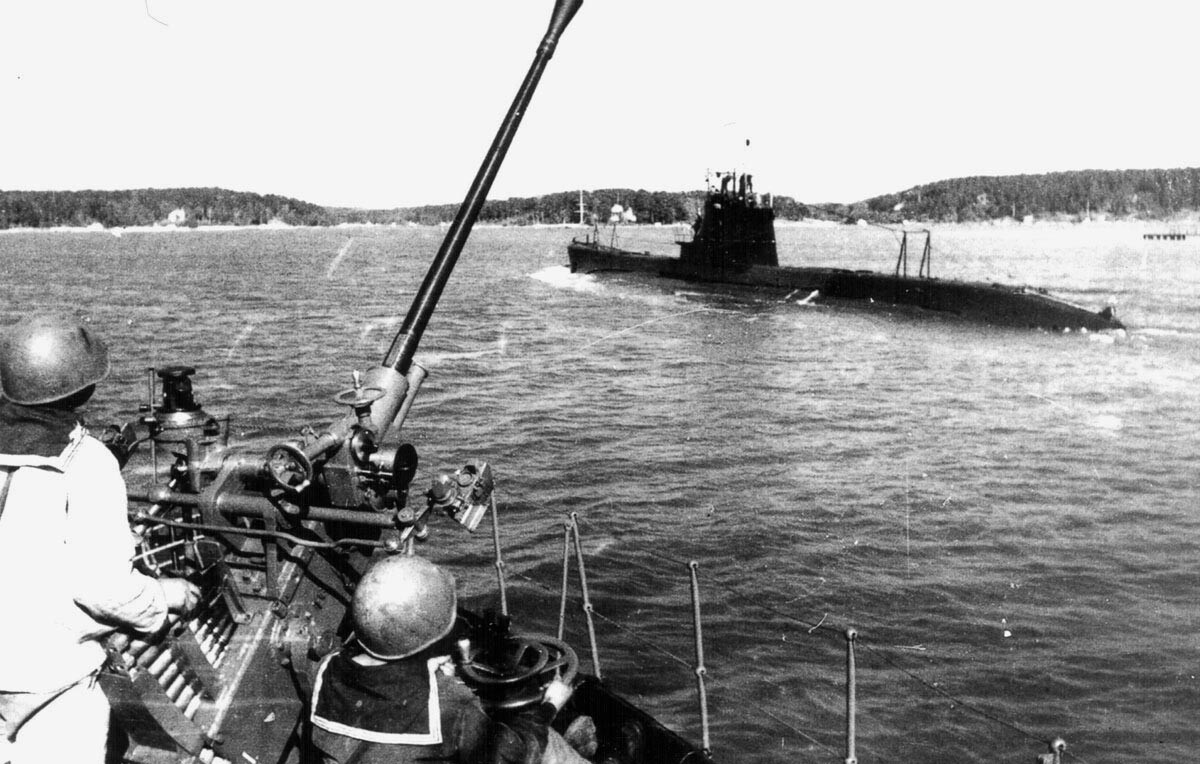 Galkin was standing on the bridge waving a white pillowcase he had taken from the cabin. When the commander asked him what had happened and whether there had been an accident, the petty officer cursed and said: “I can’t take it anymore. We’ll all die anyway!”

Enraged, Travkin greatly regretted not having taken a pistol with him. But there was no time to waste on the traitor – he had to save the submarine.

The commander reasoned that if the submarine were to submerge right away, it would be immediately sunk by the enemy ships. Then Ivan Vasilyevich decided to deceive the Germans, to convince them that the Soviet sailors were ready to surrender to their mercy. That would dull the enemy’s vigilance and give the crew some time to recover from the shock. 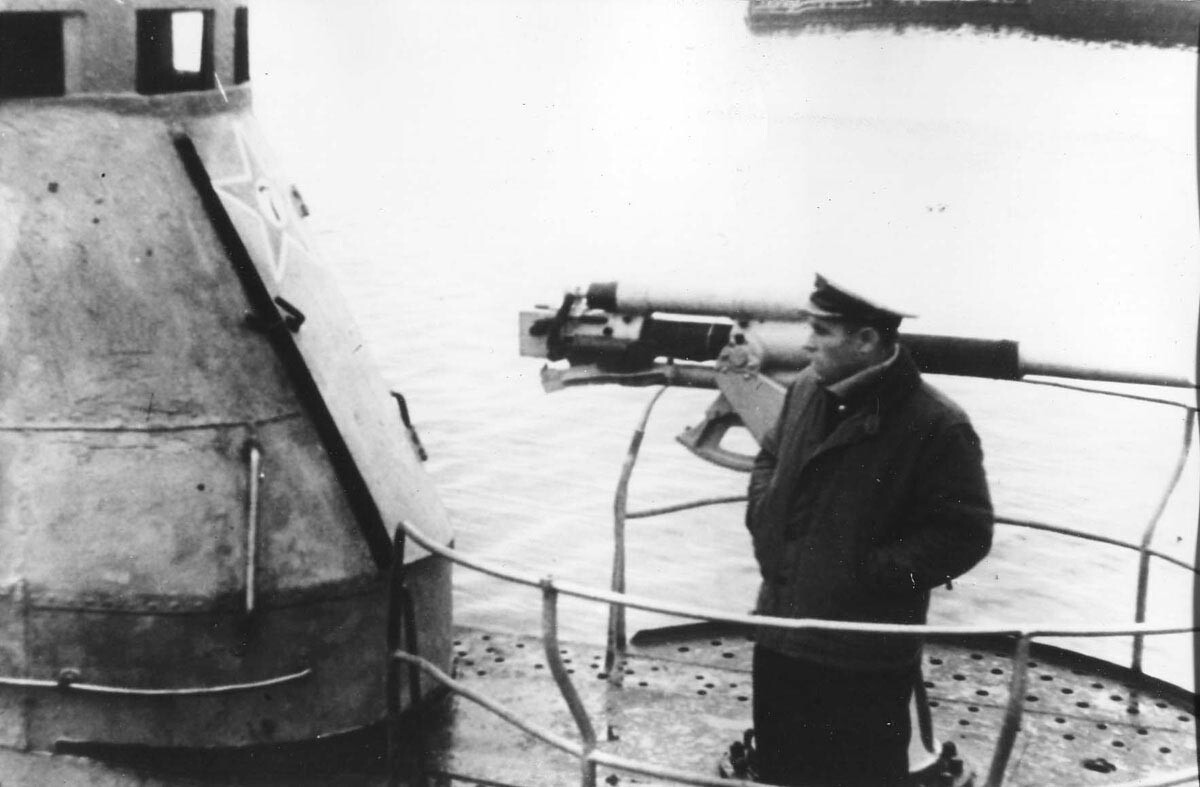 Travkin began to shout loudly in the direction of the nearest ship: “The Nazis thought that I was inviting them to negotiations. They began to lower a boat from the ship. They believed me, fools!”

Having waited a bit, the commander gave the signal to submerge and immediately disappeared inside. The ‘Shchuka’ crash dived, leaving Boris Galkin splashing on the surface. After a second’s delay, the Germans opened fire, but despite the damage received, the Shch-303 managed to escape. On June 8, abandoning attempts to break into the Baltic Sea, it returned to Kronstadt.

Boris Galkin, meanwhile, began to cooperate with the Germans. In particular, he tried – in vain – to turn the captured commander of the S-7 submarine, Sergei Lisin. 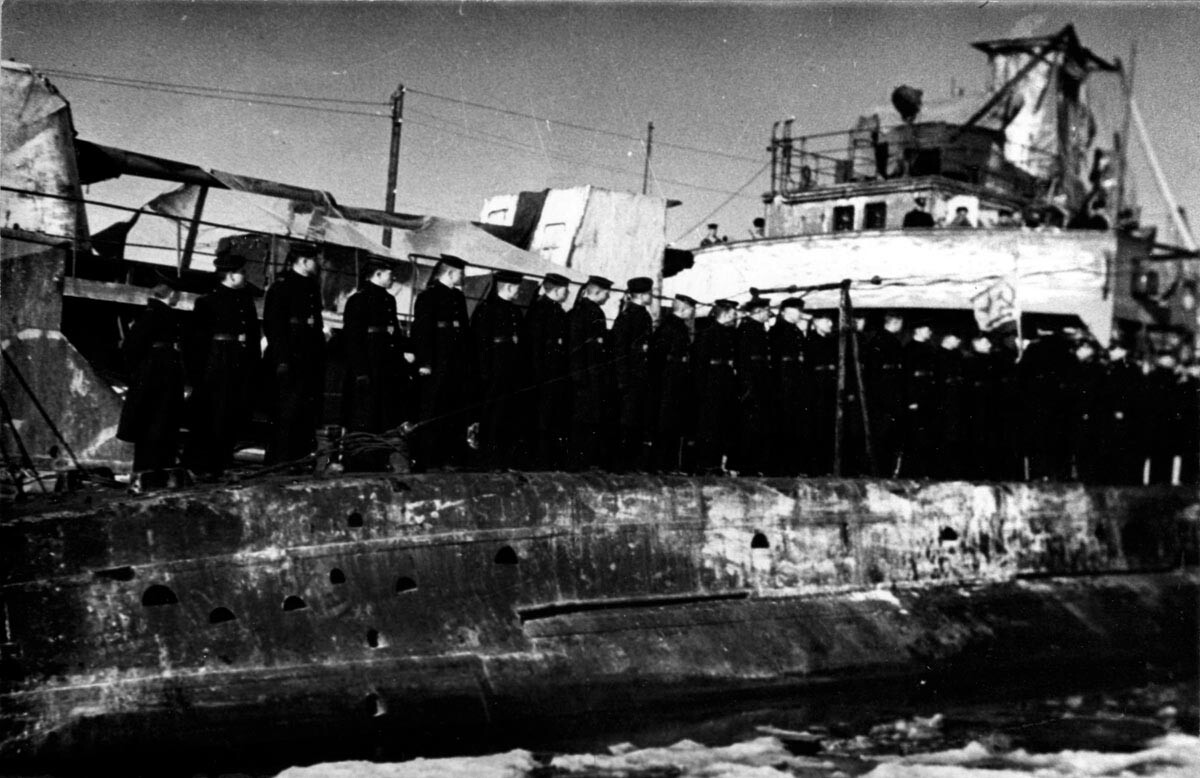 It is not known for sure what happened to the ‘Shchuka’ petty officer in the end. Travkin was convinced that he had not escaped a well-deserved punishment. “Already at the end of the war, when our troops entered Germany, Galkin, whom the Nazis had taken under their wing, fell into the hands of the Soviet justice system,” Ivan Vasilyevich wrote in his memoirs: “He got what he deserved. Such is the fate of all traitors. There is no other end for them and there cannot be.”