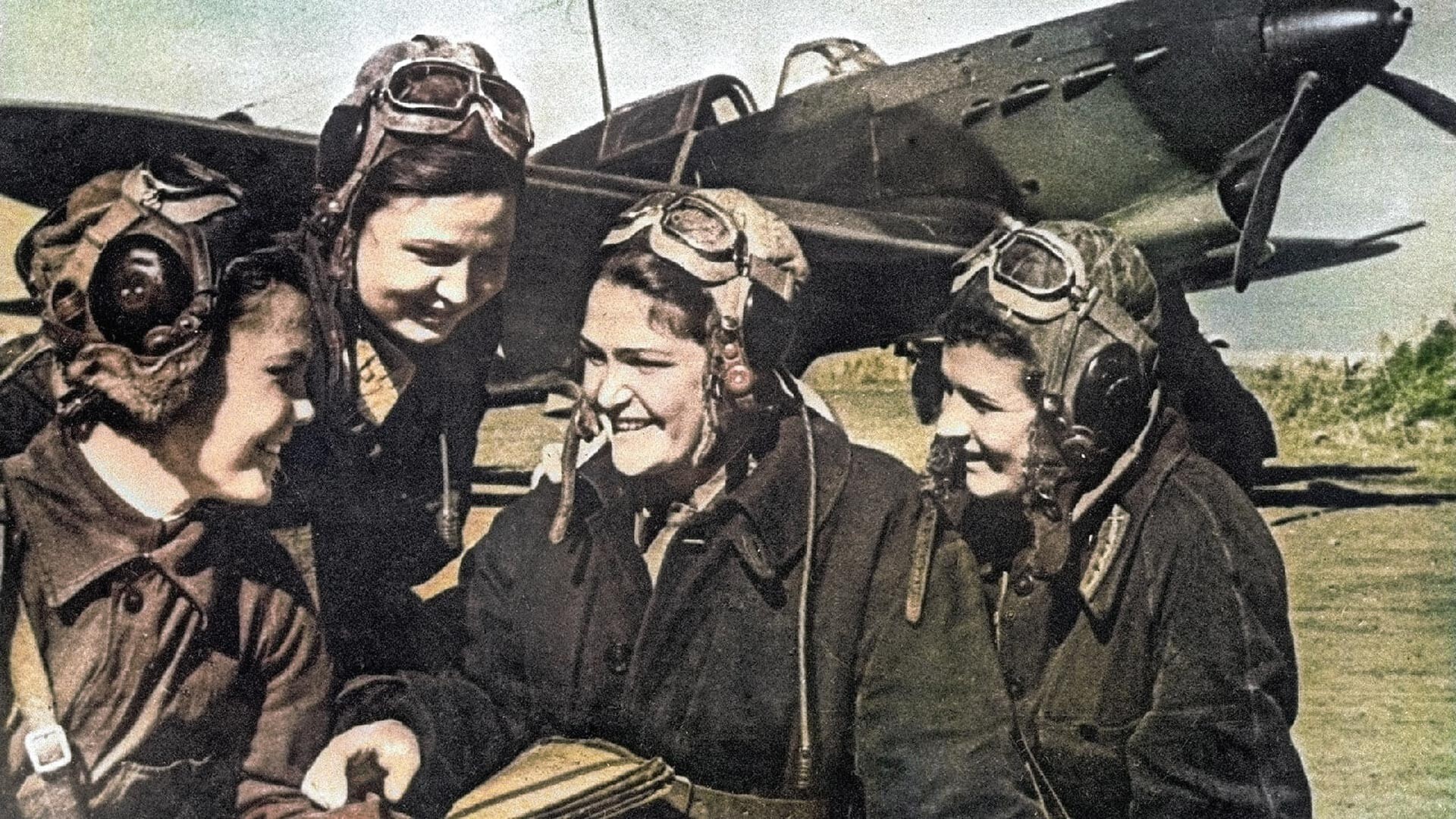 Agnia Polyantseva/Sputnik
German pilots had no idea that some Soviet fighter planes were piloted by young women. 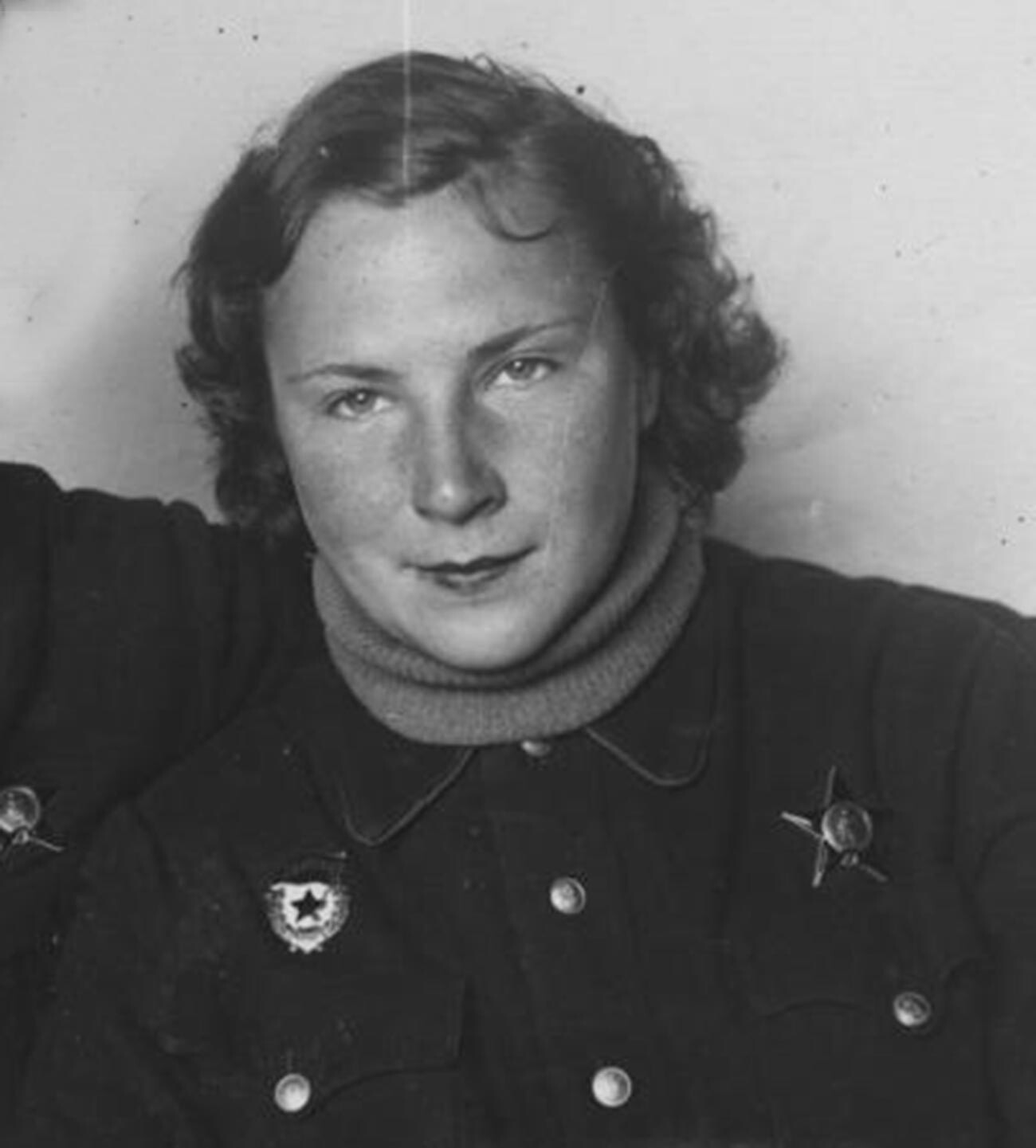 Guards Junior Lieutenant Lydia Litvyak was one of the most capable female pilots in the Red Army Air Force. The ‘White Lily of Stalingrad’, as she was nicknamed after her participation in heavy aerial battles above the famous city on the Volga, flew about 150 combat missions, scoring four solo and three shared victories.

On July 19, 1943, during the battle of the Donbass, her commanders entrusted Litvyak with leading a group of six fighter planes into battle and she was given “top marks” for the accomplished mission. Sadly, a few weeks later, the pilot, who was just 21 at the time, was killed while on a combat sortie. 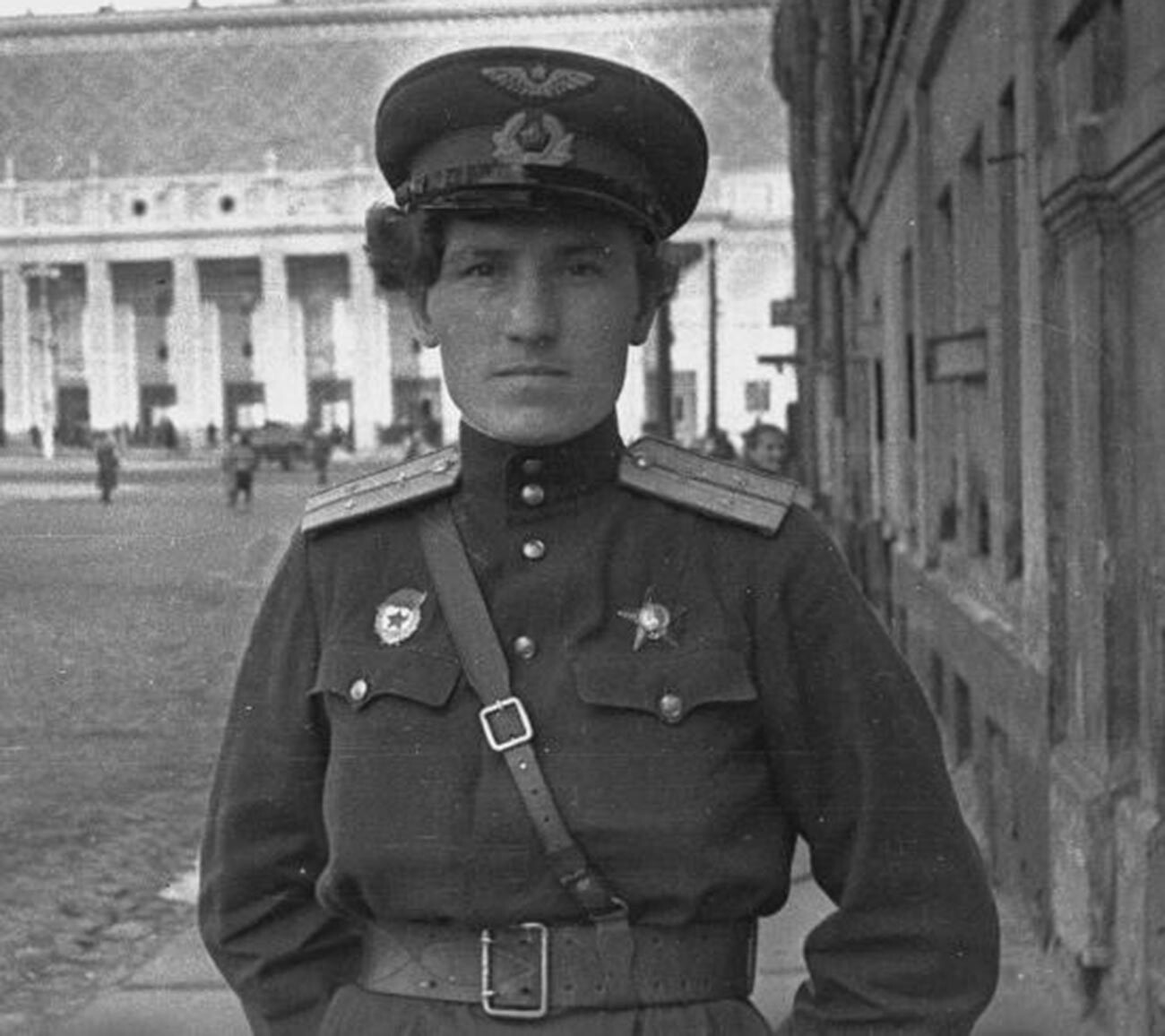 Lieutenant Yekaterina Budanova was known in the 437th Fighter Aviation Regiment as a “cheerleader, songbird and daredevil”. Cheerful and bubbly Katya [short form of Yekaterina] was the best friend of thoughtful and quiet Lydia Litvyak.

In her Yak-1, Budanova provided cover for Stalingrad from enemy air raids. She won a dogfight with a Messerschmitt Bf 110 fighter bomber and chased and shot down a Focke-Wulf Fw 189. She even managed single-handedly to fight off two Messerschmitt Bf 109 fighters, damaging the lead plane of the German duo in the process. On July 19, 1943, Yekaterina was killed in action. 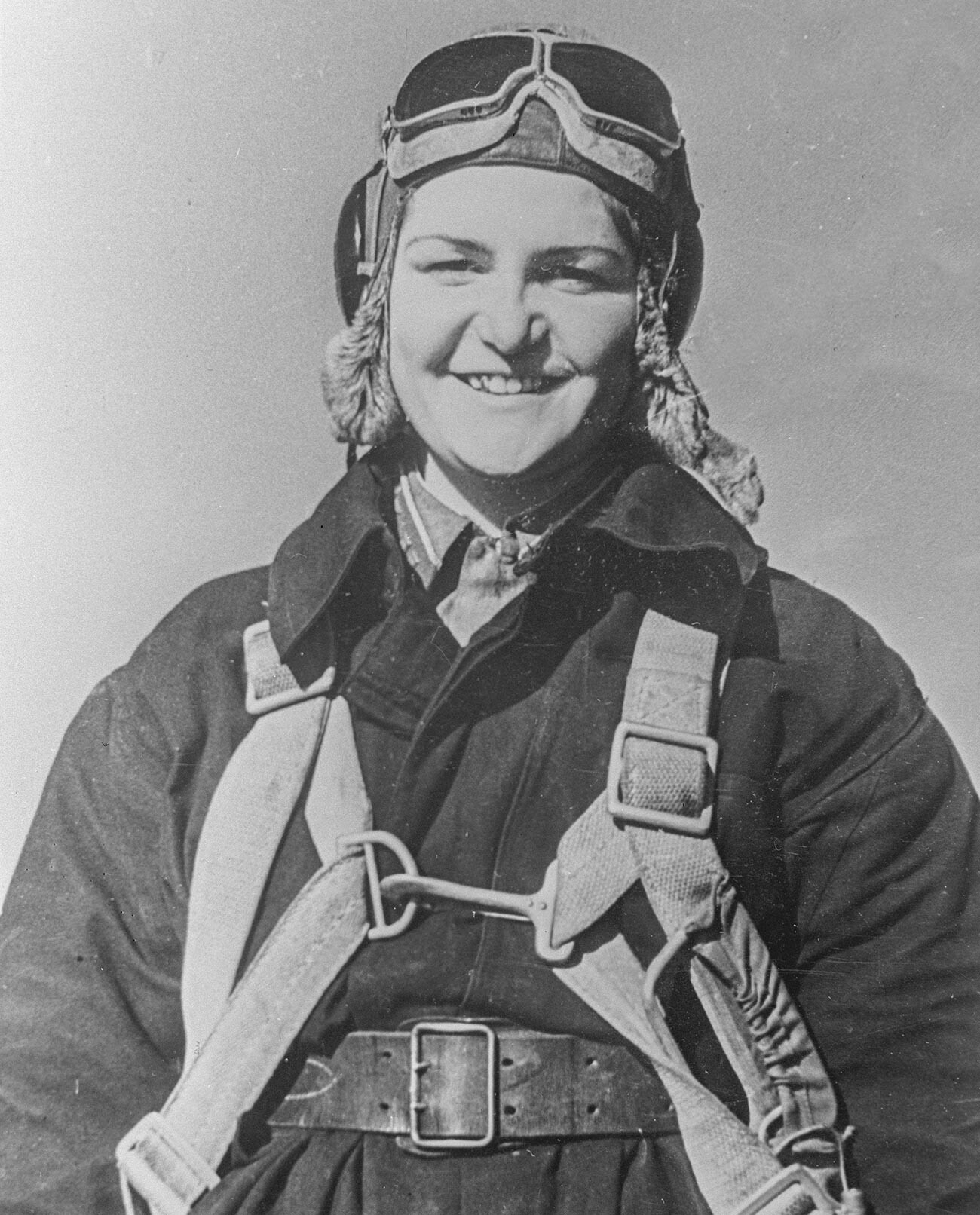 Senior Lieutenant of the 586th Fighter Aviation Regiment Valeria Khomyakova went down in history as the first female pilot to shoot down an enemy bomber (it was a Junkers Ju 88) in a night battle. Only 12 days after her heroic feat, on October 6, 1942, she died in a crash on take-off at an airfield near the town of Engels. 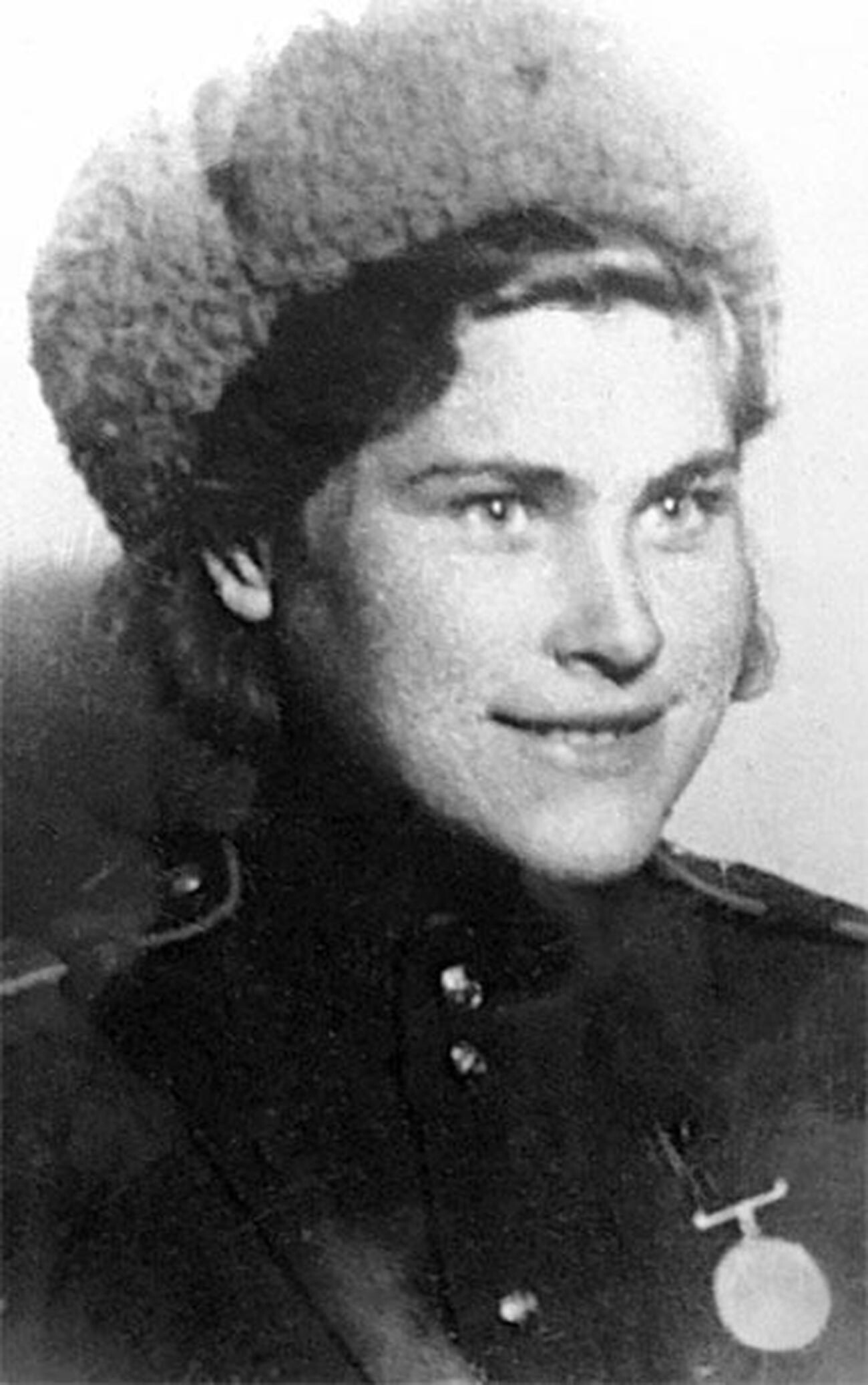 Guards Lieutenant Klavdiya Blinova had dozens of combat missions and three bombers shot down in group kills under her belt. This is how she described one of the aerial battles in which she took part: “The bomber was darting from cloud to cloud and I went after it! I was gripped by the frantic pursuit, doing my best not to let it get away! Noticing that he had veered to starboard into a cloud, I turned my plane in such a way as to meet the Fascist below cloud level. A moment later, he emerged right in front of me. I fired a long burst almost point-blank. With a sharp nod of its nose, the Junkers went down. I was still after it…”

On August 4, 1943, Blinova’s Yak-1 was shot down. She bailed out with a parachute and was captured by the Germans. On the way to Germany, she managed to escape with a group of POWs and reached friendly lines. After passing all the checks, Klavdiya Mikhailovna returned to the front and was present at the Victory in Berlin. 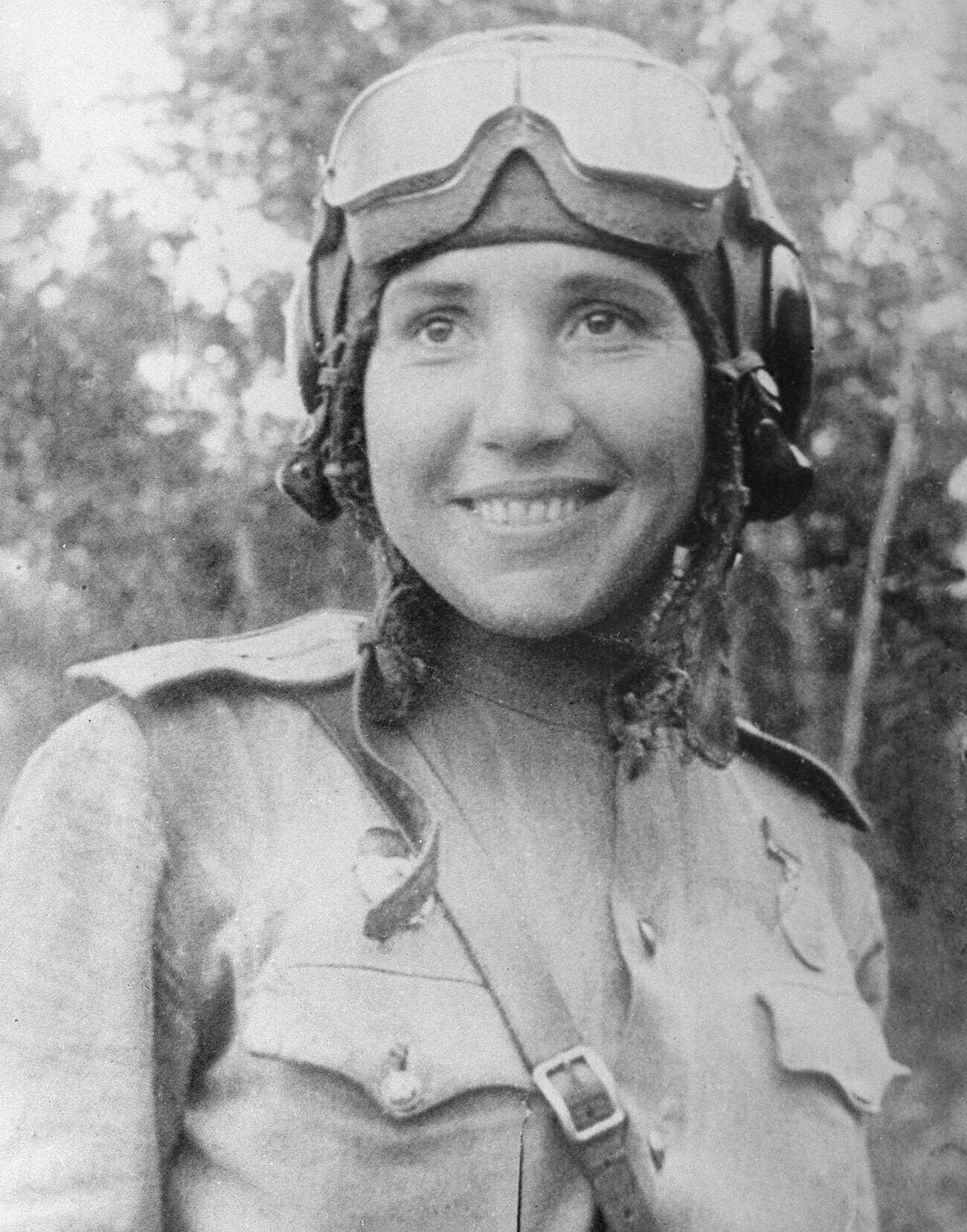 Prior to her death on July 17, 1943, Blinova’s close friend, Junior Lieutenant of the 65th Guards Fighter Aviation Regiment Antonina Lebedeva had shot down three enemy aircraft either solo or in a shared attack.

Hero of the Soviet Union Andrei Baklan, for whose plane Lebedeva flew cover in aerial battles as his wingman, recalled: “To look at her on the ground - she was a small and fragile young girl. But, in the air, I would never think I had a member of the ‘weaker sex’ flying next to me and, most of the time, I would just forget about it. Tonya [short for Antonina] was a confident pilot and carried out my instructions precisely and promptly. It was only when I used to hear her thin and agitated voice on the radio alerting me to danger that I would remember who my wingman was.” 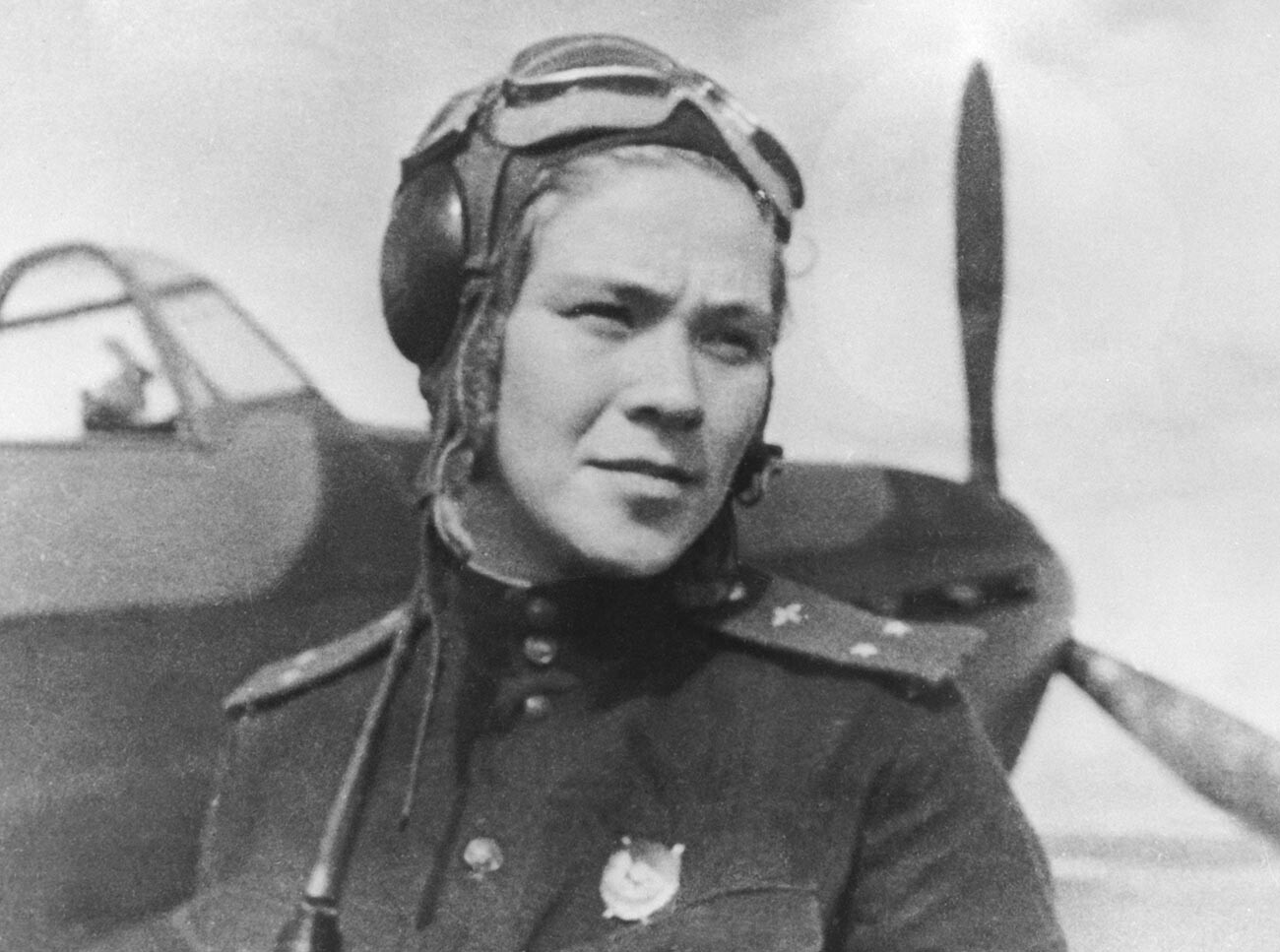 On March 19, 1943, Raisa Surnachevskaya and Tamara Pamyatnykh, pilots of the 586th Fighter Aviation Regiment, were scrambled to shoot down a German reconnaissance plane in the vicinity of Kastornaya railway station in Kursk Region. Instead of a single aircraft, however, the two encountered a whole group of German bombers, which they immediately attacked.

“We climbed and went into a dive and downed one aircraft each. We then repeated the maneuver a second time and bagged one each again,” Tamara Ustinovna Pamyatnykh recalled. “We tried to get in as close as we could - I even saw the head of the German gunner and that was a mistake on my part. I was hit, my plane started to spin and I couldn’t release my harness to open the canopy… My whole life flashed before my eyes…” 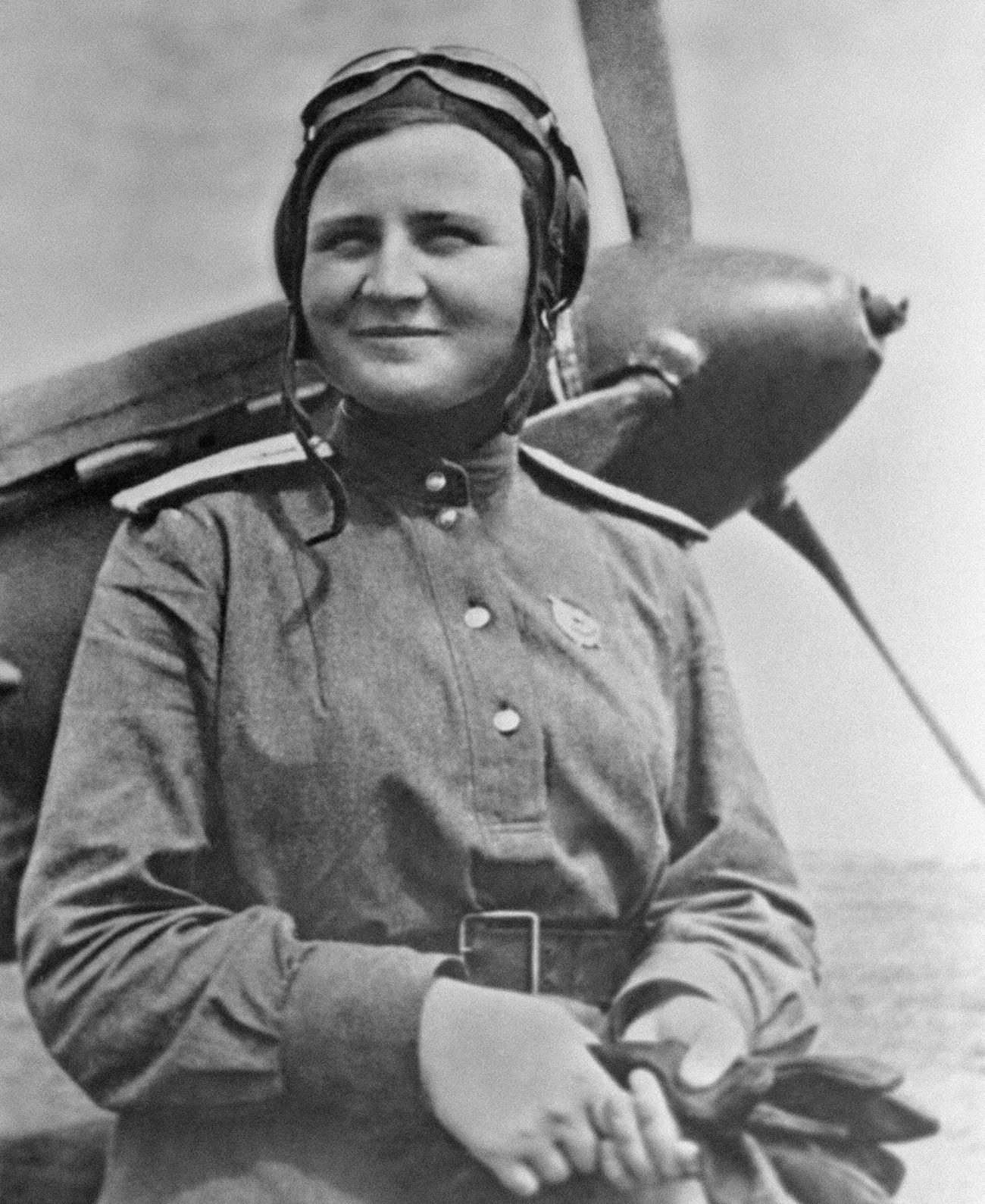 Nevertheless, Pamyatnykh succeeded in bailing out with her parachute, while Surnachevskaya managed to reach the nearest airstrip with a holed radiator. For the shooting down of the four bombers, the two women were each awarded the Order of the Red Banner and both safely made it to the end of the war. 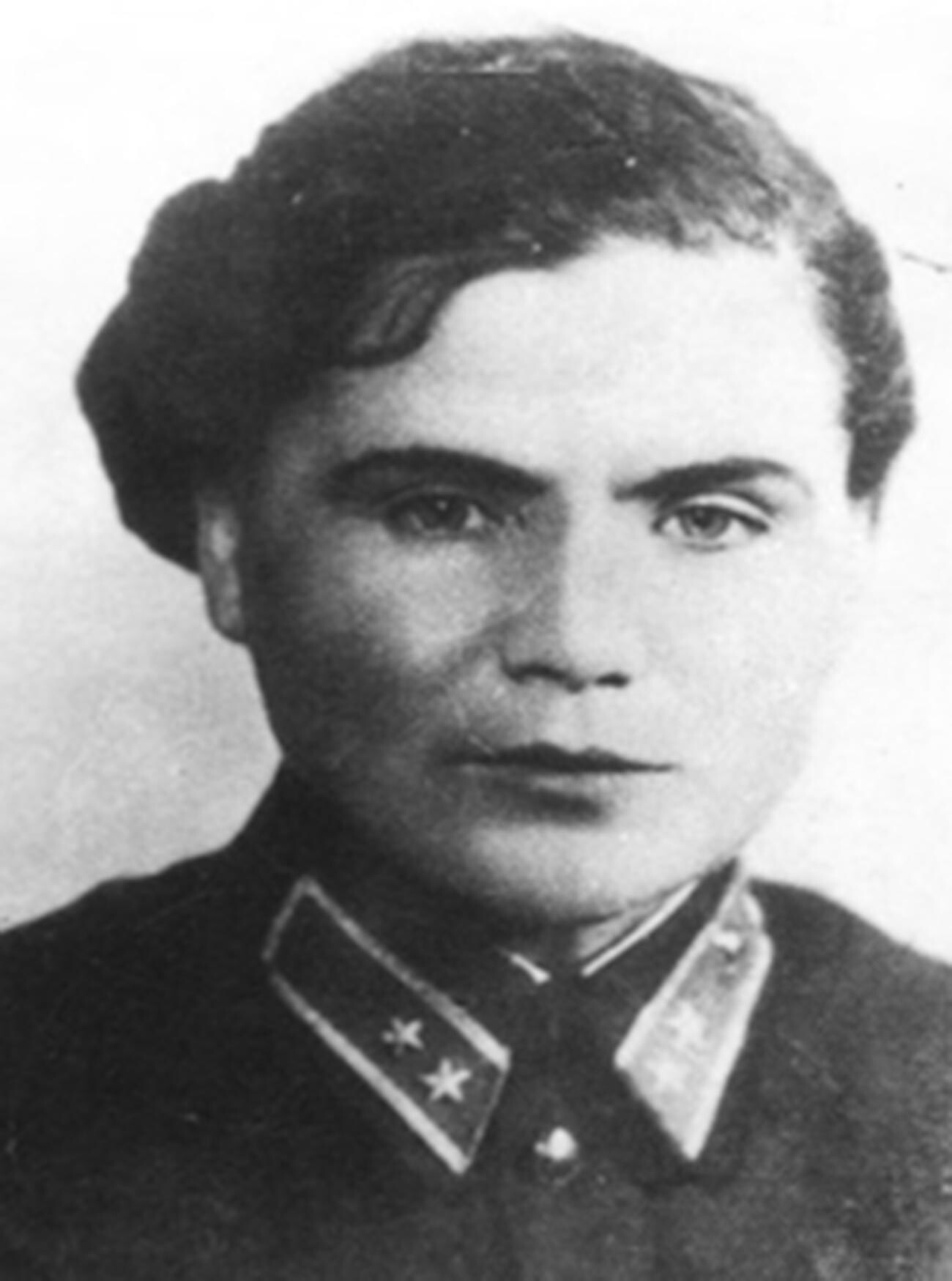 “Her fighter plane handling technique is excellent. She flies boldly and confidently. She is not put out by difficult weather conditions, and she flies well in formation.” This was the assessment made of Senior Lieutenant Raisa Belyayeva, squadron commander of the 586th Fighter Aviation Regiment, in a decree awarding her the Order of the Red Banner.In the Battle of Stalingrad, she shot down a Messerschmitt Bf 109 in a group attack. On July 19, 1943, she was badly injured in the skies over Voronezh and died when landing her plane at an airfield. 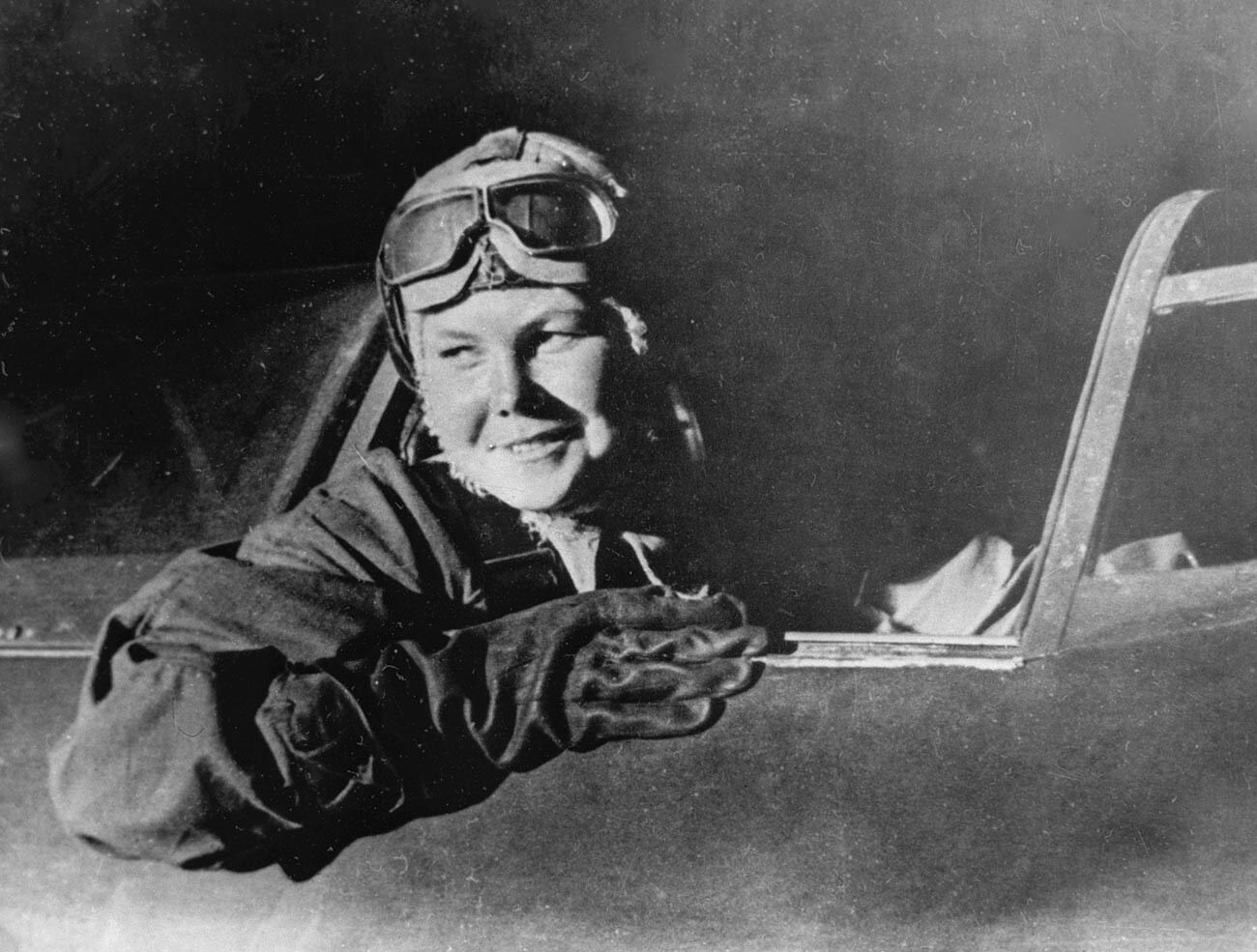 Senior Lieutenant Galina Burdina carried out 152 combat missions throughout the war and shot down three enemy aircraft in either solo or group attacks. After the war, she recalled once having to take off from a completely snowbound and unreadied runway at night: “I got into the cockpit and started the engine. I set the radio to receive mode and attentively awaited the signal, although in my heart of hearts I didn’t think the signal would come - taking off from the airfield in the state it was in was exceptionally difficult and dangerous. But the enemy was advancing on Korosten. A green flare went up and I was given the grid reference by radio and took off…” The result of the sortie was the successful downing of a Junkers Ju 88 plane. 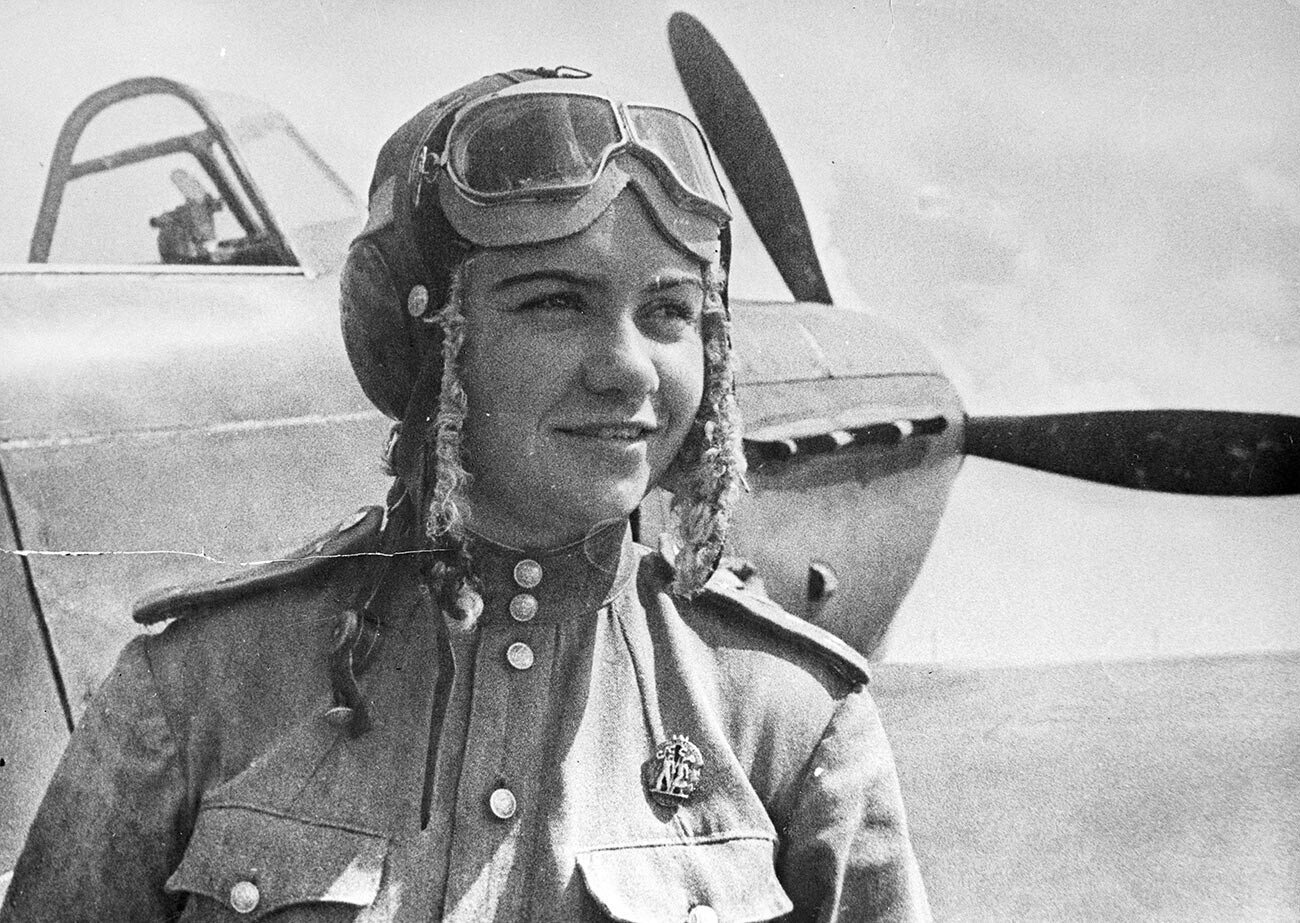 “I could clearly see the black crosses on the bodywork of the Junkers. I needed to rip his belly open! I gave him another long burst of fire. Was he impregnable or what, that wretched Junkers…? I was right next to him now. I fired and thought: ‘If I don’t bring him down now, I’ll ram him…’ And then I saw the Junkers billowing with smoke. Leaving a black trail behind him, he went down,” is how pilot Zuleykha Seidmamedova described aerial fighting in the Kursk Salient in the summer of 1943.

As navigator of the 586th Fighter Aviation Regiment, Seidmamedova was the only female Azeri military pilot of World War II. She took part in the battles of Voronezh and Stalingrad, as well as the Korsun-Shevchenkovsky Operation and the liberation of Bucharest.