5 reasons to see the new Russian WWII movie ‘The Pilot: A Battle for Survival’ 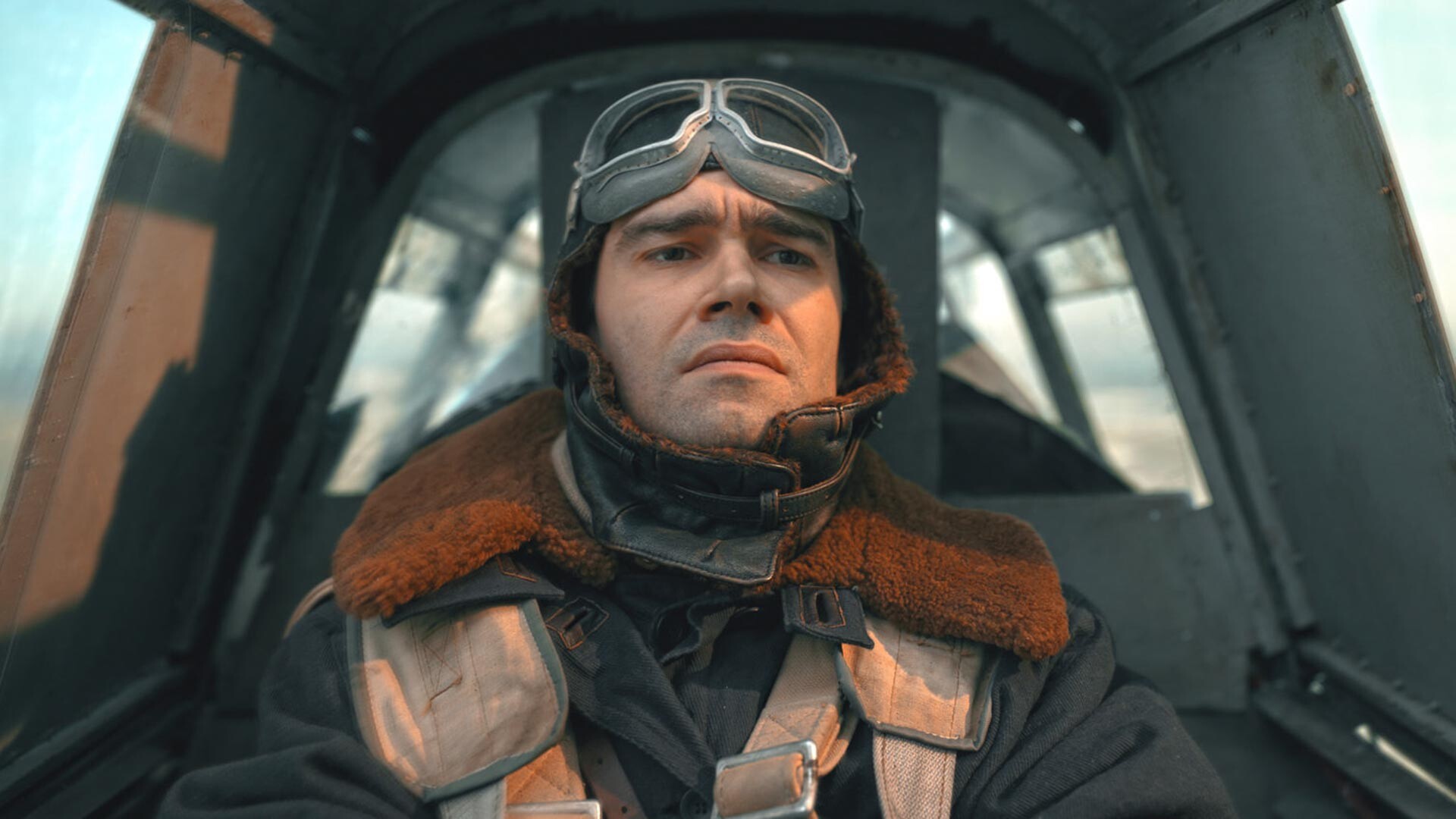 1. Based on real events and genuine heroism 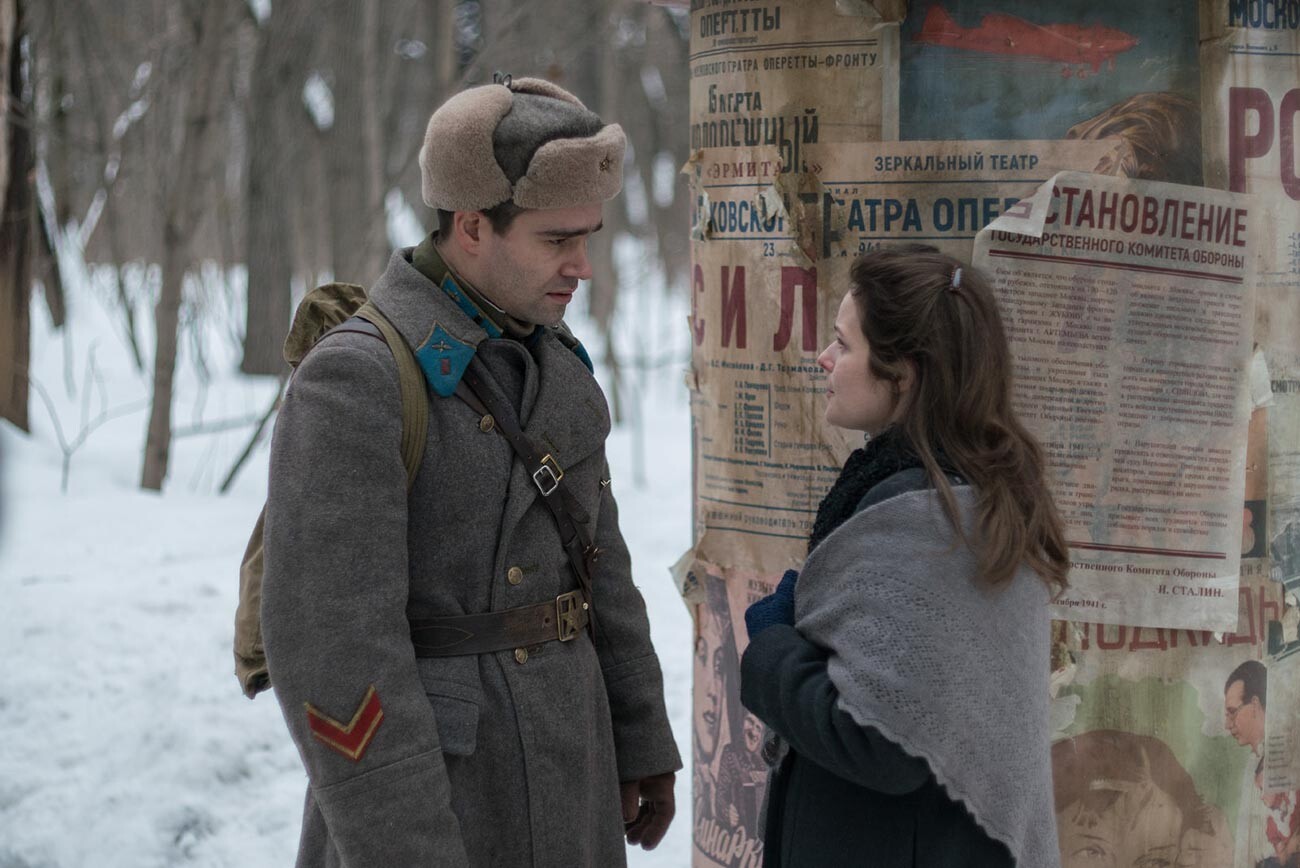 It is December, 1941. The Battle of Moscow is at its peak. A Soviet ground-attack aircraft Il-2, captained by Nikolai Komlev, shoots up a German armored vehicle column, then ends up under heavy fire from enemy anti-aircraft systems and fighter planes. The Soviet pilot gets hit, crash lands in enemy territory and is then forced to undertake a hard and perilous journey home through dense winter woods, swarming with German patrols and packs of hungry wolves.

The movie is based on the true story of Aleksey Maresyev, whose fighter plane was shot down in April of 1942 over Novgorod Region. Over the course of 18 days, the wounded pilot had to crawl his way back all on his own. Doctors managed to save his life, but had to amputate both his legs. This did not break Maresyev, however: undergoing strenuous training with prosthetics, he managed to earn the right to once again sit in the cockpit of a fighter plane.

Komlev’s persona in the movie is a composite of several heroic biographies, including Maresyev and other Soviet pilots who managed to return to active duty after losing their legs and continue to take on the enemy in the skies. Their stories are briefly shown at the end of the movie.

2. A genuine WWII-era plane was used in the filming 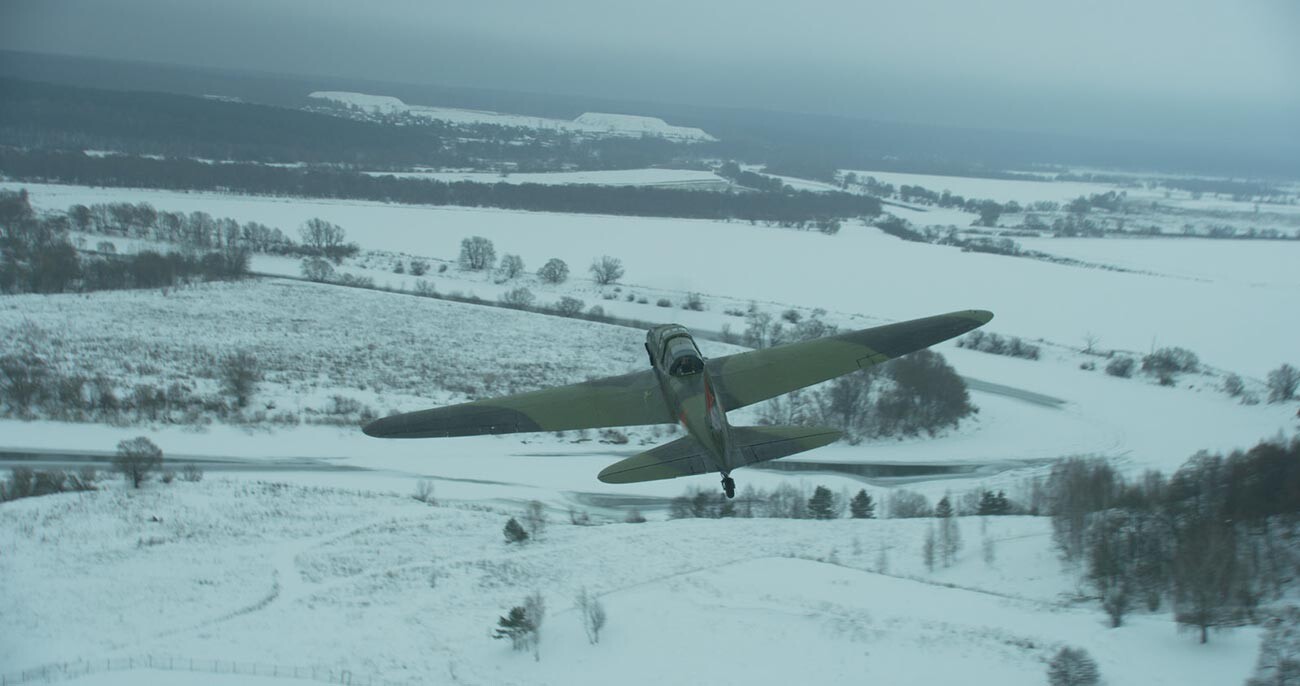 The Soviet Il-2 is given one of the main roles in ‘The Pilot: A Battle for Survival’ - no CGI involved, it’s a genuine WWII-era ground-attack aircraft. This is reminiscent of Christopher Nolan’s ‘Dunkirk’, which also used real war machines.

In the course of the November 1943 mission, Valentin Skopintsev’s Il-2 - part of the 46th assault air regiment of the Northern Fleet’s Air Force - was attacked by enemy fighters and, having taken heavy damage, was forced to land on ice in a lake in Murmansk Region, where it later sank. It spent almost 70 years submerged underwater, until, in 2012, it was pulled out and refurbished. In 2017, the Il-2 once again took to the skies.

“When that thing flew in for shooting, we actually cried - it was so awesome,” says Petr Fedorov, who stars in the main role. “The contract didn’t allow me to fly it, so my stunt double, Vladimir Barsuk, took my place - he was the only one who could operate that machine. This dude, who had a device with a camera, capable of shooting 360-degree video, arrived. We attached it to a helicopter, and it was flying and filming the Il-2.”

In December 1941, the time period in the movie, the Red Army Air Force had single-person Il-2 ground-attack aircraft, while the two-person variant (with space for a gunner) only entered into production in 1943. When asked why ‘The Pilot’ featured the two-person version of the plane, director Renat Davletyarov said: “There were some 40,000 of these planes made during the war. But right now, there are only two left. One of them is in Canada - it’s part of a private collection; and one is in Russia. And I couldn’t refuse using a working, firing one-of-a-kind Il-2 - especially given the fact that the Il-2, just as the ‘Katyusha’ and the T-34 [tank] are symbols of that war. So we came up with the idea that it was an experimental model that would soon be mass produced.”

3. ‘The Pilot’ is like the ‘The Revenant’ of the WWII era 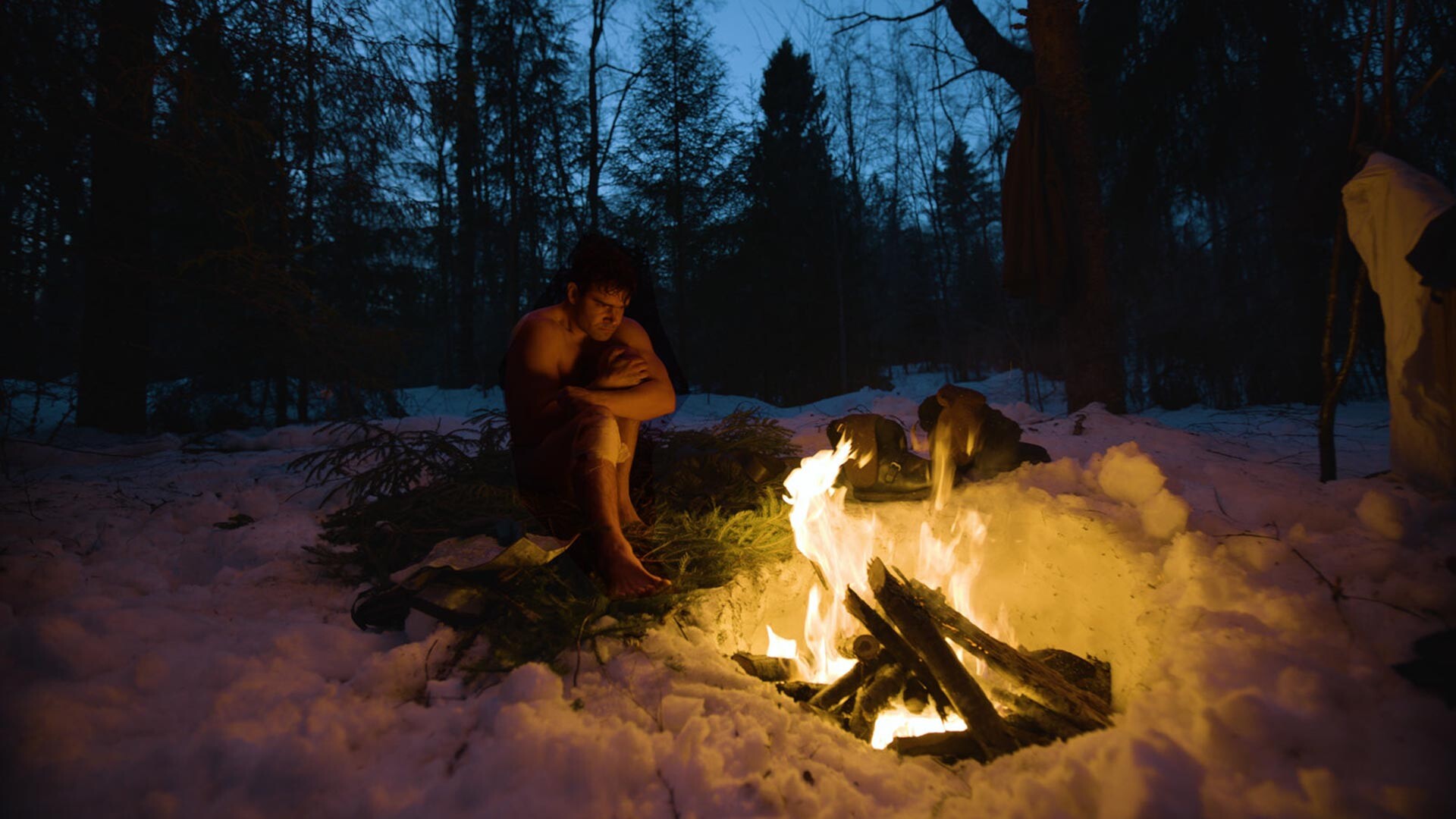 Devlatyarov confessed that ‘The Revenant’, directed by Alejandro González Iñárritu, starring Leonardo DiCaprio, became one of the main sources of inspiration for ‘The Pilot’. This is because Komlev’s story isn’t simply about gripping dog fights in the air, but a fierce battle for survival on the ground - against both Germans and the wilderness.

“What are Russian woods like in winter? If you’re cooped up in a nice resort with your girlfriend, taking a ski walk - it is beauty. If you’re wounded, soaking wet, hungry - it is death. The river, which you must cross on foot - is death. Nothing to munch on - that’s death. Hungry wolves - that’s death. A frozen desert, where, behind every bush, death awaits,” the director said. 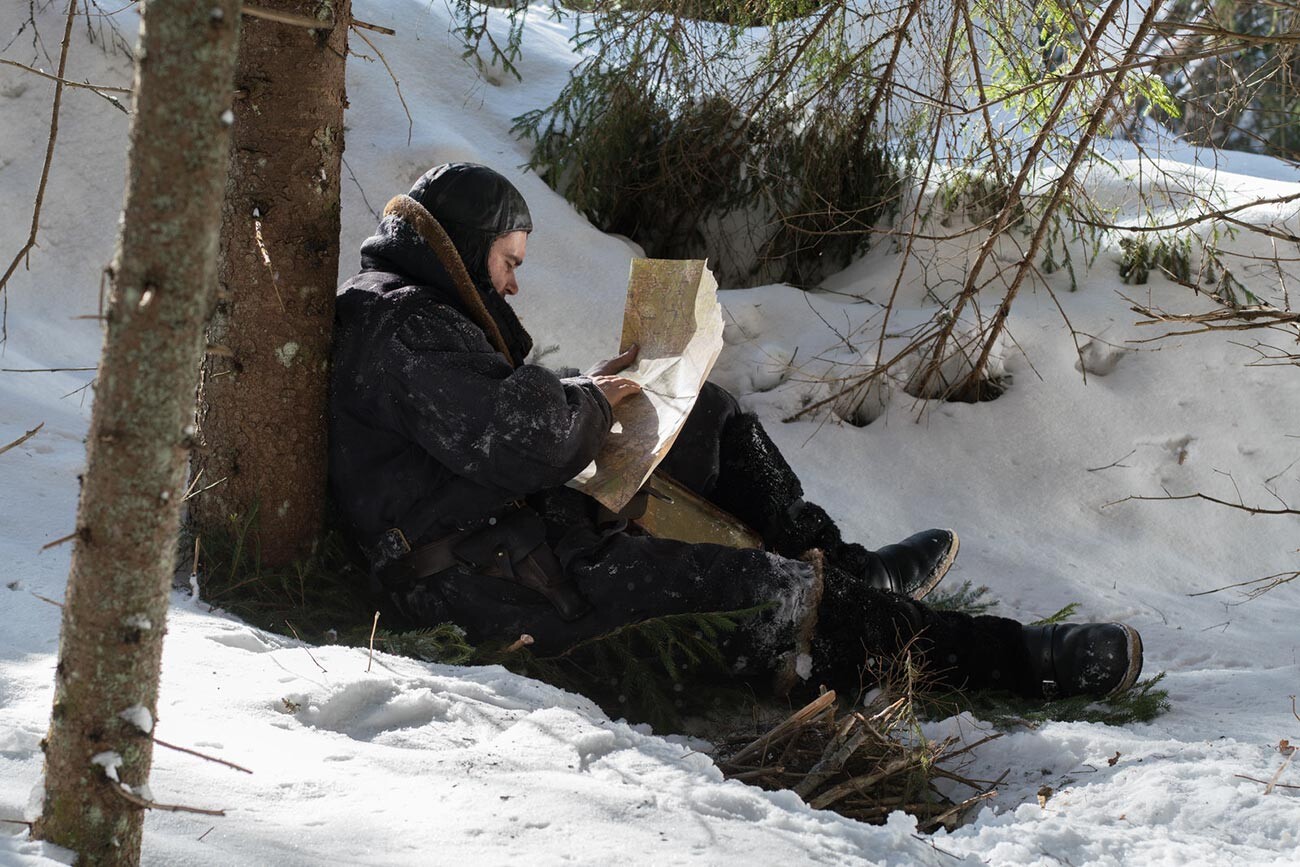 The creators attempted to make ‘The Pilot’ as realistic as possible: filming was done in winter, in the remote wilderness of Novgorod Region - the place where Maresyev’s plane actually crash-landed. Actor Petr Fedorov had to repeatedly enter icy water, freezing for hours in bone-chilling wind and even eat raw fish, frozen in blocks of ice. 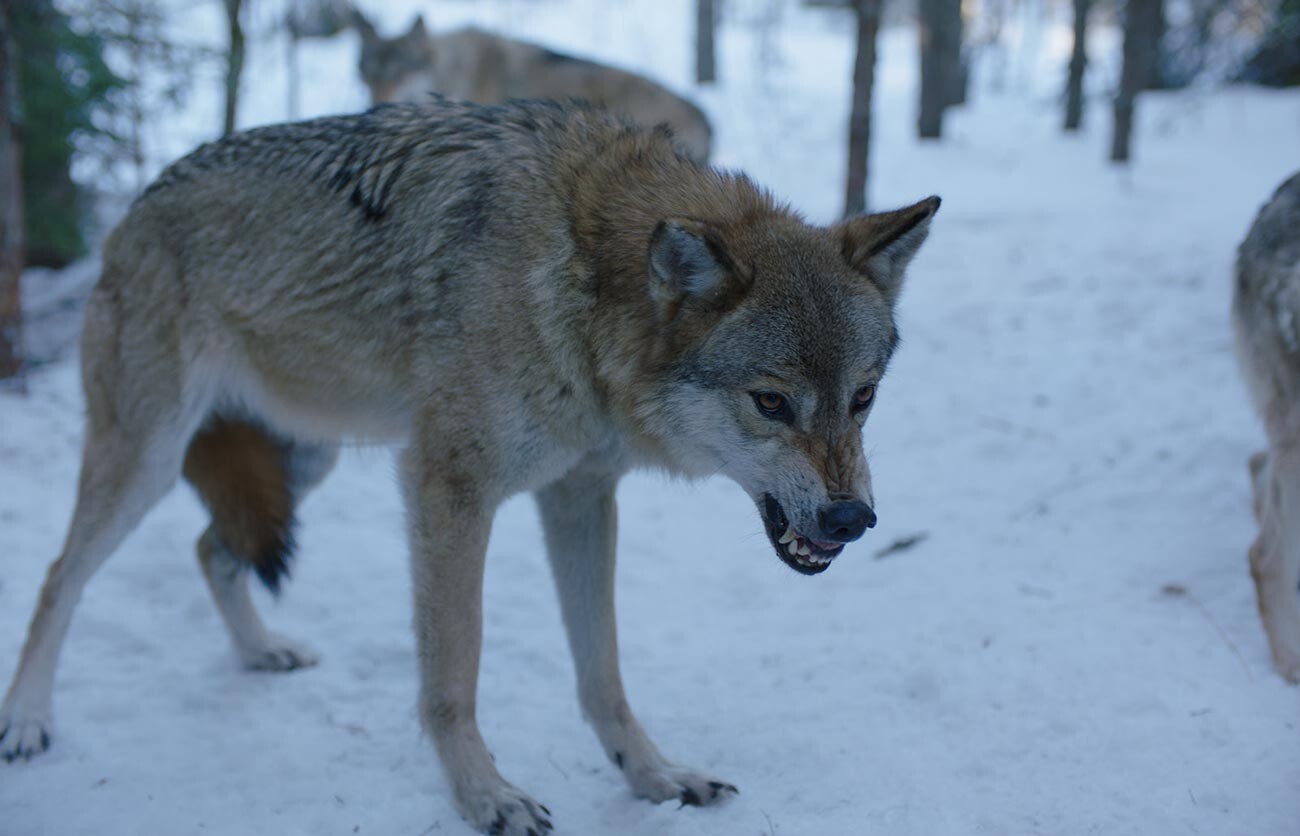 Komlev’s biggest adversaries on the ground weren’t German soldiers, but a pack of wild wolves that pursued him relentlessly. Meanwhile, they didn’t use dogs - as one usually does when filming, but genuine “orderlies of the forest”.

Wolves Shakira, Yukki, Drago and a Czechoslovak wolfdog (a Carpatian wolf and Czechoslovak shepherd hybrid) named Sarkus were brought in for filming in the secluded Novgorod Region forest from the ‘Kashir’ animal sanctuary outside Moscow. These unique performers participated in many key scenes that included lengthy runs, approaching pits and even imitating human attacks. It should be noted that wolves are notoriously difficult to train!

“There were difficulties every day,” Anna Ponomareva, a dog handler, said. “Whether it was wind by the lake, that made our voices inaudible, with the wolves not hearing our commands. Or Drago would freak out and refuse to attack the human. A female wolf ended up taking his place in the end. And all the teeth-bearing was also her. Whereas the pit jump was performed by Sarkus. We couldn’t reach an agreement with the wolves after all.”

One of the days required capturing a furious wolf howl, but the crew couldn’t get the animals to display the appropriate emotion. The problem was solved only once an elderly Central Asian Shepherd dog was brought in.