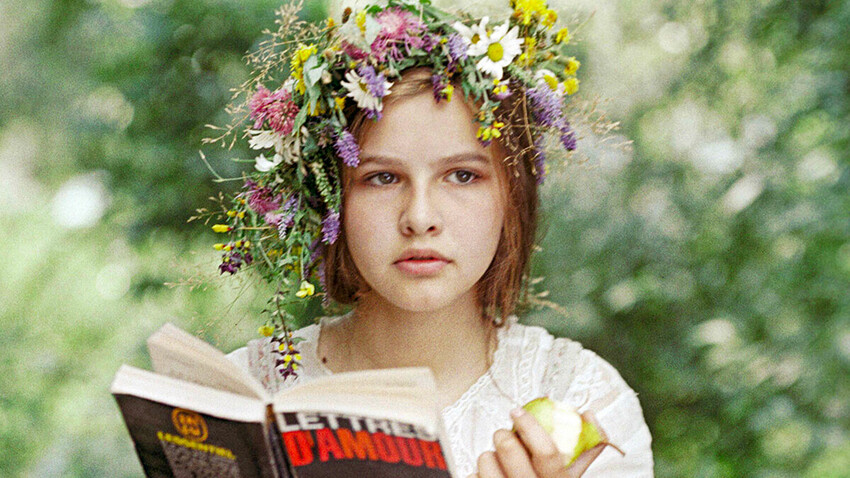 Tatiana Drubich in 'One Hundred Days After Childhood'.

Sergei Solovyov/Mosfilm, 1975
Considered one of the brightest filmmakers of the late Soviet and early post-Soviet era, Sergei Solovyov showed great sensitivity to youth culture and the energy that drives it. His grasp of cinema was explosive, multilayered and deeply personal.

Coming from a military background, Sergei Solovyov (1944-2021) experienced the many-sided socialist reality from early childhood, in full-color detail. Until the age of six, Sergei lived in North Korea. His father was an adviser to Kim Il Sung and the family were stationed in Pyongyang. Solovyov recalled how there was a “silence fight” between his father and Kim Jong-il one day. Luckily, it ended peacefully for all the participants. 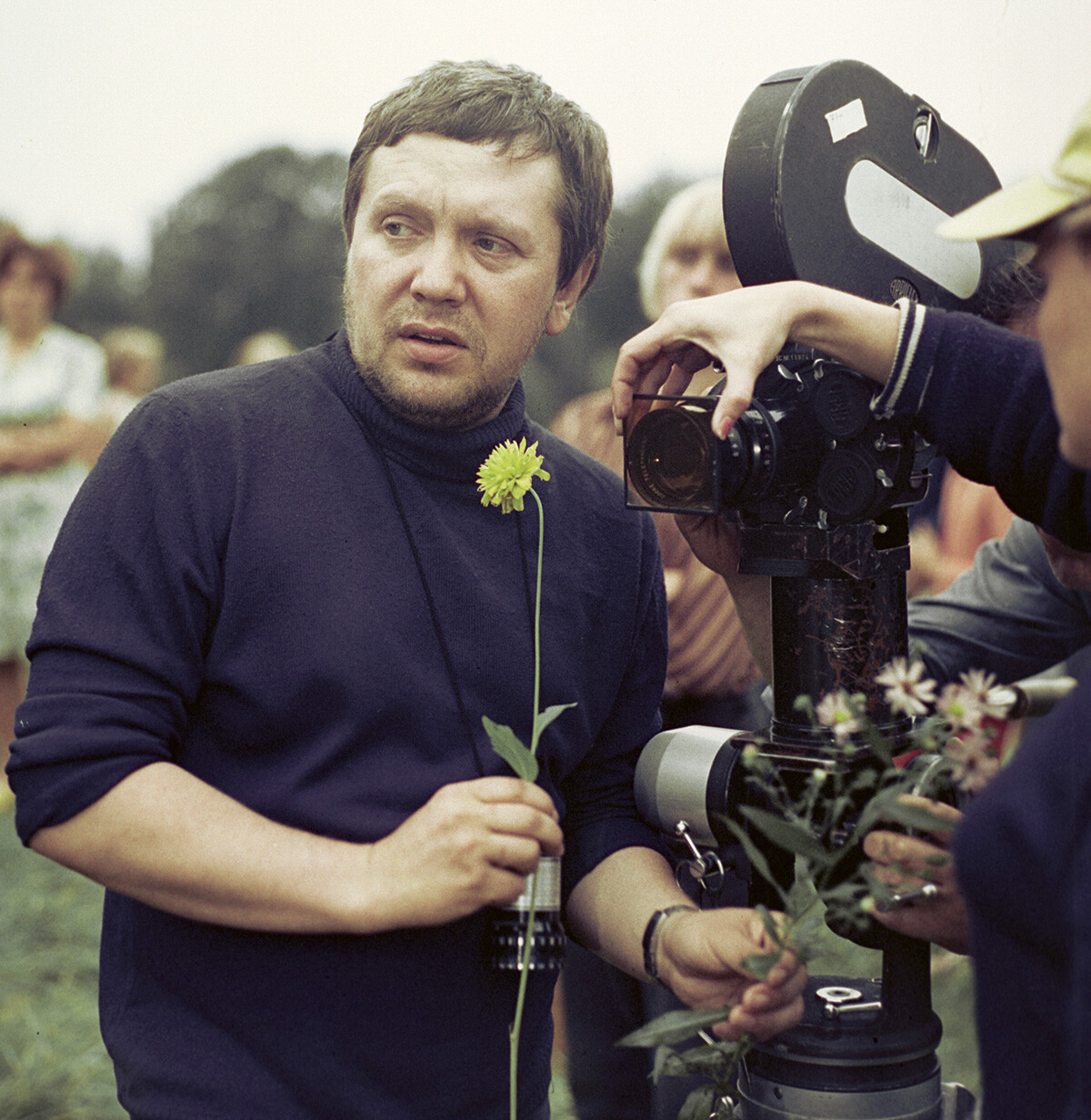 Sergei Solovyov on the set of 'The Lifeguard' movie in 1980.

Solovyov had his first stage appearance at the age of 14 in a play staged by Igor Vladimirov at the iconic Tovstonogov Bolshoi Drama Theater in Leningrad (now St. Petersburg). Solovyov was poised to become a great theater actor, had he not fallen completely in love with cinema. Mikhail Kalatozov’s award-winning 1957 drama ‘The Cranes Are Flying’ was to blame. It inspired Solovyov to become a filmmaker.

Always experimenting with new ideas, Solovyov served as a role model for several generations of people, who admired his ability to connect with and inspire young people.The acclaimed director, screenwriter and producer died of a heart attack on December 13, 2021, in Moscow. He was 77.

Anna Karenina stirred Solovyov’s imagination for years. It took around 17 years to make the movie (raising money for the movie proved to be a real challenge). Solovyov even named his daughter Anna, in tribute to Anna Karenina, and it paid off. An up-and-coming composer, Anna Drubich (his daughter with Tatiana Drubich) wrote the score for her father’s movie. 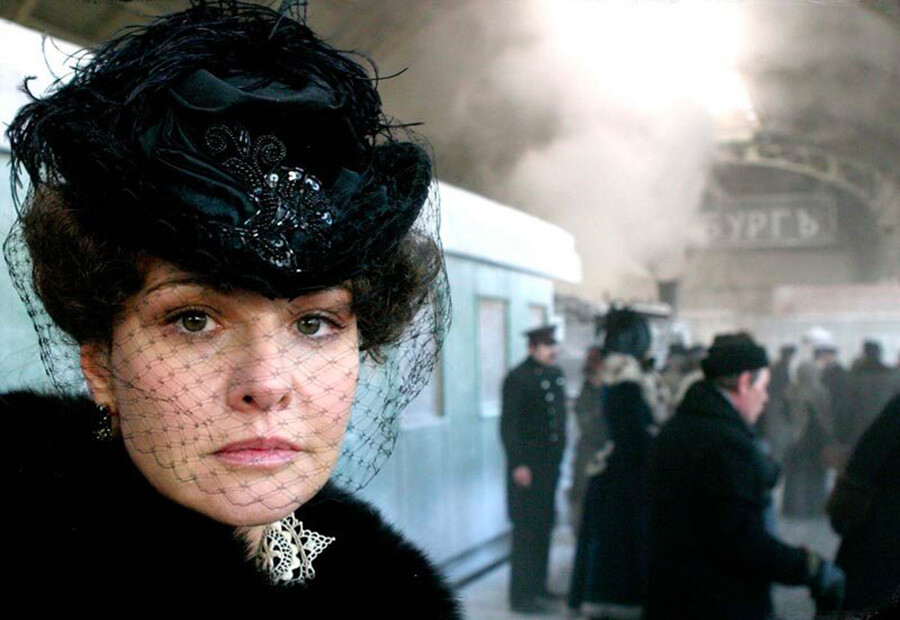 Solovyov perceived Leo Tolstoi’s magnum opus as a metaphysical novel about the misfortune of humanity, living shamelessly without a conscience. In contrast, Solovyov’s Anna (portrayed by the ageless and gorgeous Tatiana Drubich) is a woman of hypertrophied conscience. Her tenderness and sincerity are infectious. “If you look for perfection, you’ll never be content,” Leo Tolstoy wrote in his novel. 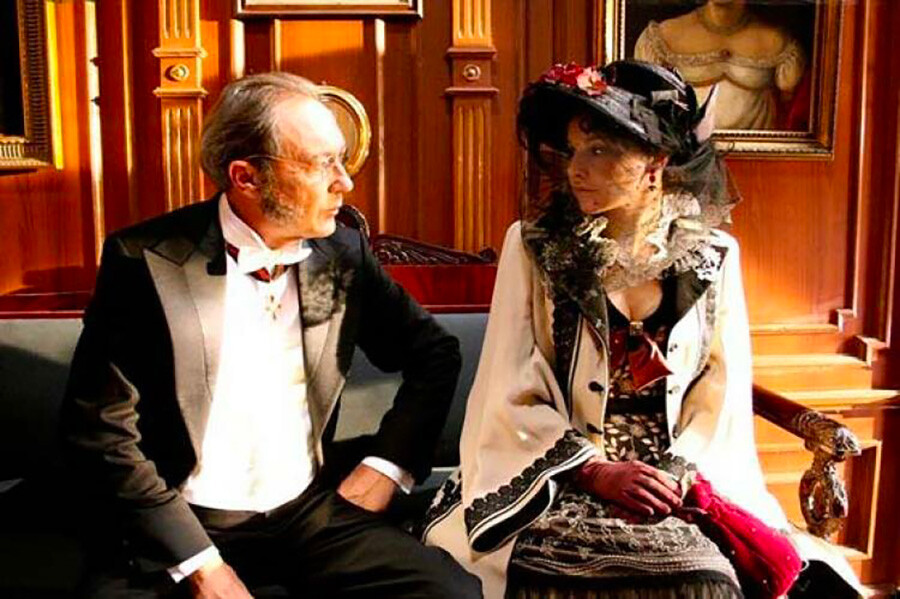 Solovyov said that, while working on his screen version of the drama, the shadow of the great Russian artist Mikhail Vrubel, who made the most brilliant illustrations for Tolstoi’s masterpiece, was hovering over him. Even though his movie is not flawless, Solovyov’s storytelling style definitely won’t leave you cold.

The movie is set in the first post-war years, in the Fall of 1946, in a small provincial town in Kazakhstan (then part of the USSR). 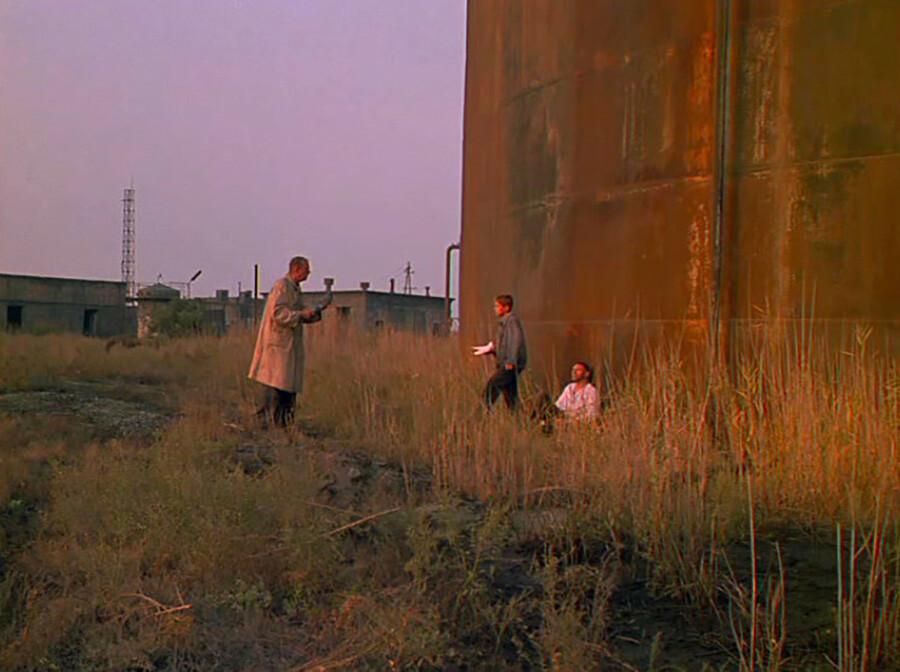 Ivan Naydenov, a local teenager nicknamed The Gray, spends his time raising and breeding pigeons. His passion is shared by many other town residents. And when an angelic white dove appears in the sky, as if it just left a Pablo Picasso painting, everyone wants to get hold of it. It’s a battle of good vs. evil, friendship and enmity, cruelty and kindness, hope vs betrayal. 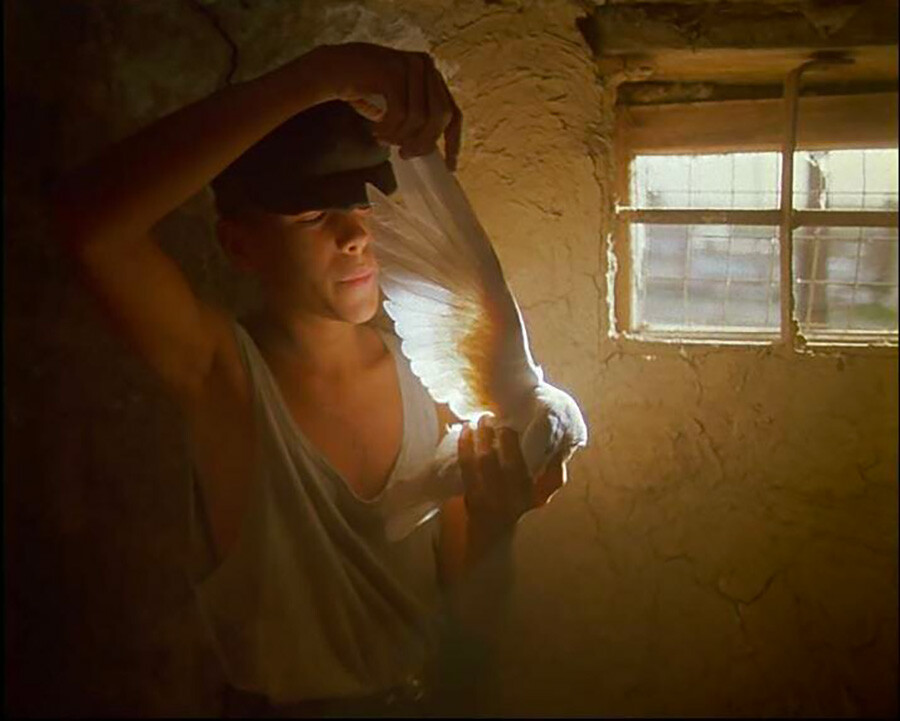 The movie had its world premiere at the 43rd Venice International Film Festival, where it won the Special Jury Prize.

This screen adaptation of a play by Alfonso Lopez Michelsen, the 24th President of Colombia, is a joint USSR-Colombia production. 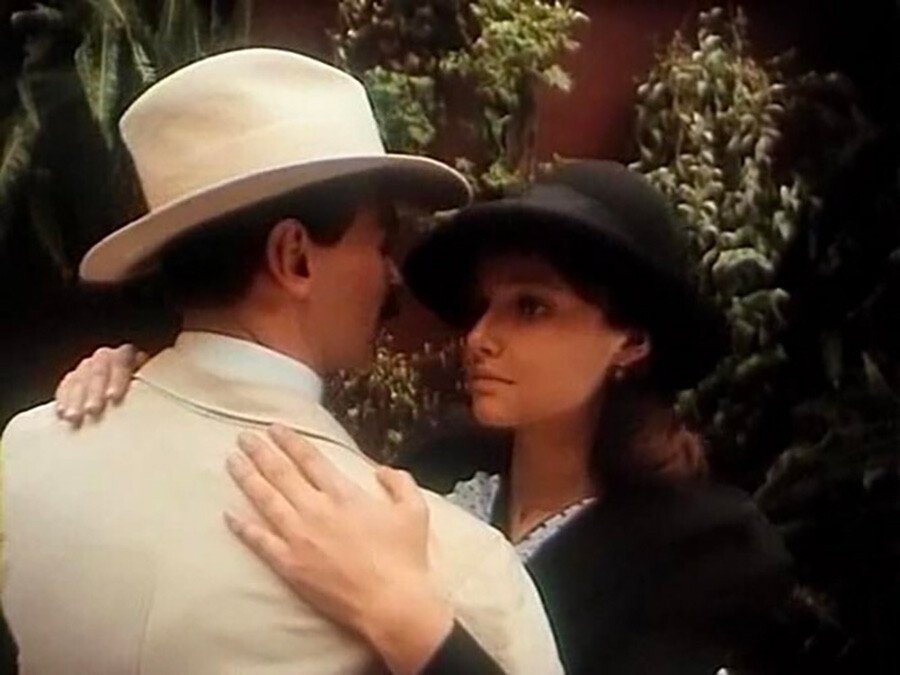 Leonid Filatov and Tatiana Drubich in 'The Chosen One'.

It focuses on a German aristocrat (brilliantly portrayed by Leonid Filatov) who hates the Nazi ideology and flees Germany to South America, where his cousin lives. In Colombia, he joins la crème de la crème - the “chosen ones” - who have no moral principles whatsoever. ‘B.K.’, as they call him, meets the love of his love, Olga, who lives in a poor neighborhood together with her ten-year-old son. Olga’s youth, beauty, innocence and kindness could possibly bring the protagonist back to his senses. 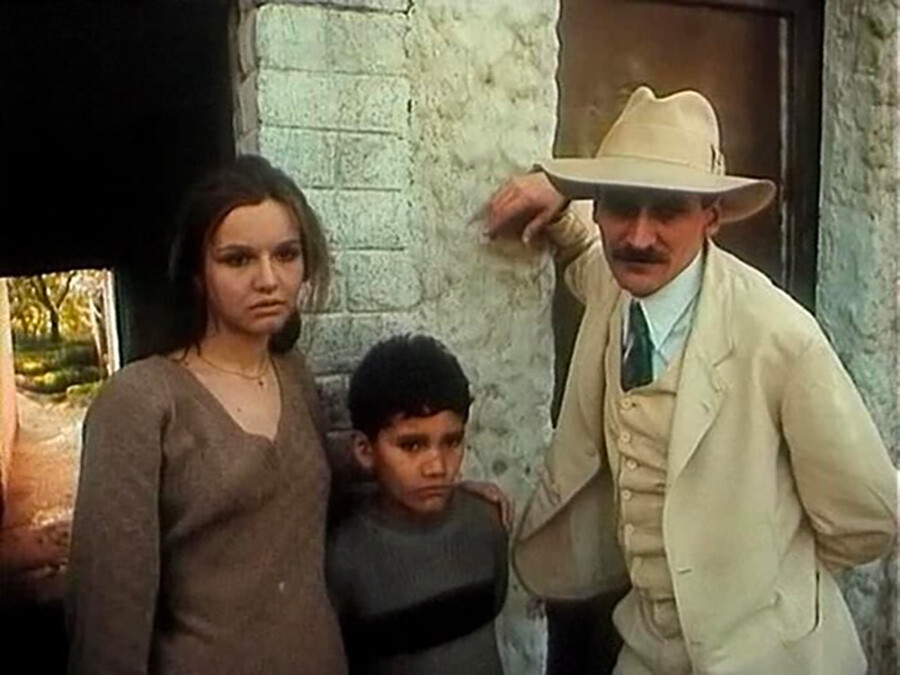 Tatiana Drubich and Leonid Filatov in 'The Chosen One'.

But there’s no happy ending here. B.K. finds himself embroiled in a scam and loses his fortune. Trying to pull himself out of the fire, the German baron brutally betrays his beautiful lover (portrayed by Tatiana Drubich) and will have to pay with his life for his odious crime.

The film is as poignant as its music written by Isaac Schwartz, and as beautiful as the time when you are 14 and fall in love for the first time. 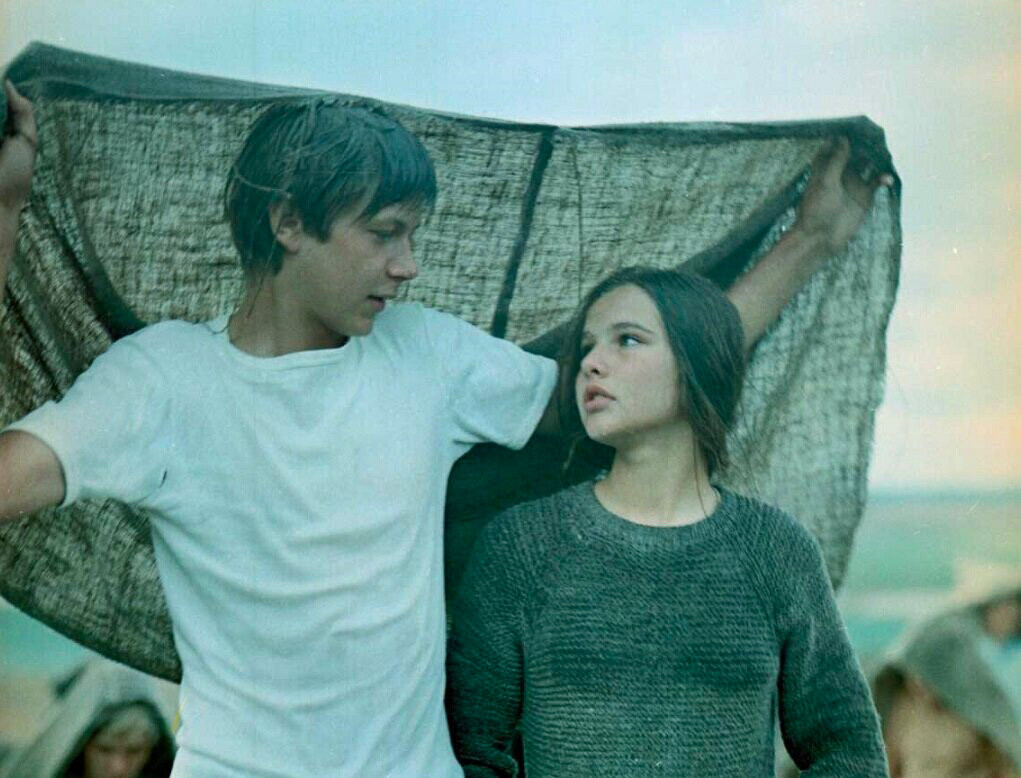 Boris Tokarev and Tatiana Drubich in 'One Hundred Days After Childhood'.

‘One Hundred Days After Childhood’ is an allegorical tale of growing up, with a twist of Chekhovian sadness. Like in Anton Chekhov’s ‘Seagull’, in which each character suffers from an unanswered love and yet fails to spare the feelings of those who love them, Solovyov’s movie also has “five pounds of love”.

The main character of the movie, Mitya Lopukhin, comes to grips with the reality around him in a Soviet pioneer camp, when he falls madly in love with his classmate Lena Ergolina (portrayed by Solovyov’s lifelong muse, Tatyana Drubich). 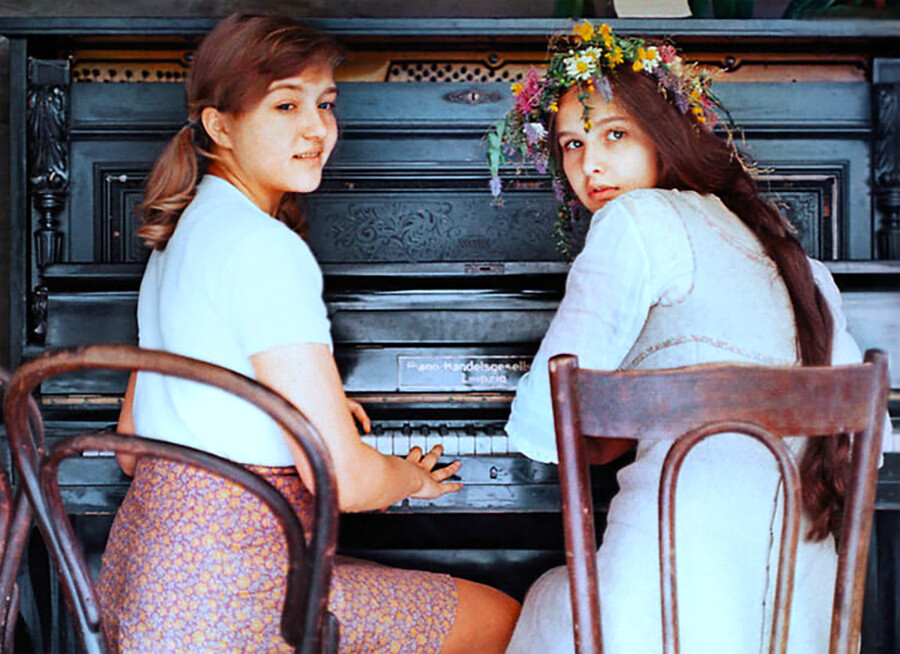 For ‘One Hundred Days After Childhood’, which was his fourth movie, Solovyov scooped the Silver Bear as Best Director at the Berlin International Film Festival in 1975.

‘Assa’ captured the spirit of Mikhail Gorbachev’s Perestroika better than a thousand words. It came out in 1988, marking a turning point between the two eras. ‘Assa’ is definitely the movie Sergei Solovyov will be best remembered for. 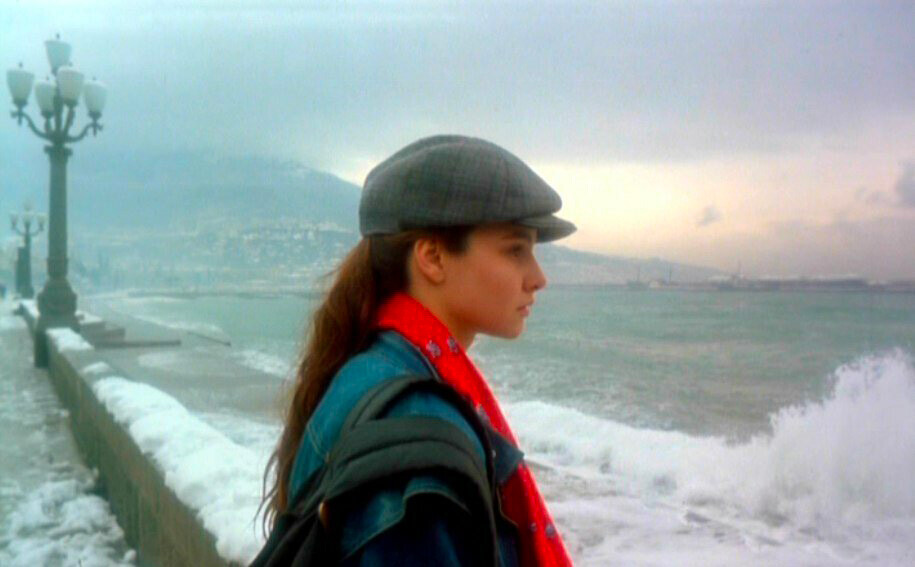 Tatiana Drubich as Alika in 'Assa'.

Set in the resort city of Yalta facing the Black Sea, ‘Assa’ boasts more plot twists than an Agatha Christie novel. In a nutshell, a young underground musician has a crush on a beautiful medical nurse. The problem is, Alika (played by the strikingly beautiful Tatiana Drubich, who was Solovyev’s wife at the time) is a gangster’s mistress. Feeling a little indecisive, the dreamy girl with big sad eyes finds herself torn between the two men, one of whom is a criminal and the other is a hipster.

READ MORE: ‘Assa’: The story behind ‘the film that brought down the Soviet Union’ 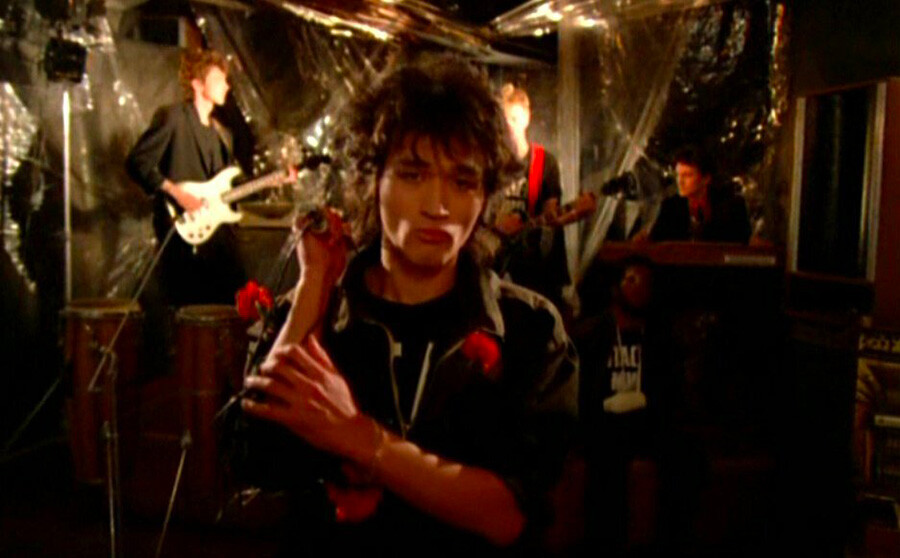 Victor Tsoi and his band ‘Kino’ in 'Assa'.

Solovyov broke new ground when he packed his movie with underground Soviet rock musicians. With Sergei Bugaev ‘Africa’ in the leading role, ‘Aquarium’ lead singer Boris Grebenschikov as the movie’s composer and cutting-edge rock musician Victor Tsoi and his band ‘Kino’ in the limelight, ‘Assa’ proved to be a triple treat for music fans in the Soviet Union. Those who watched the movie just couldn’t help singing along with rock legend Tsoi in the finale of the movie: “Change, we are waiting for change!”

Solovyov described his movie as a “journey into the unknown”.