How a Finnish director put the clock back in his post-Soviet saga ‘Compartment No. 6’ 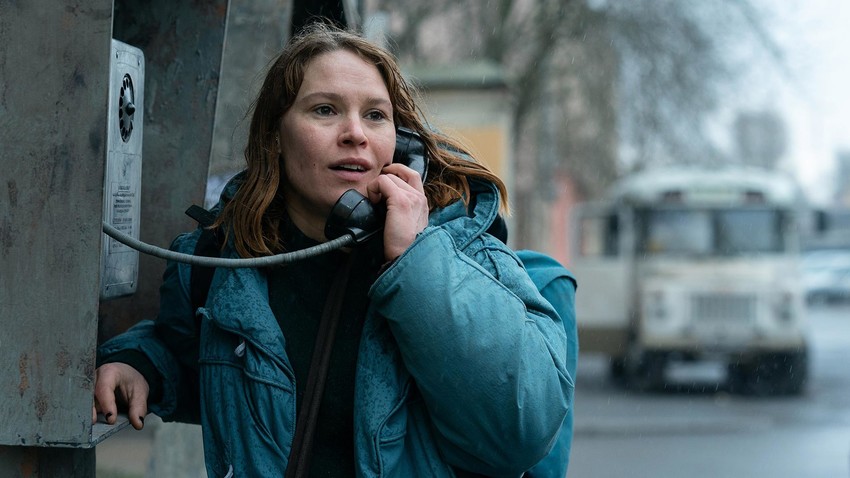 Juho Kuosmanen/CTB Film Company, 2021
A young Finnish woman and a tough Russian guy meet on a train heading from Moscow to Murmansk in the turbulent 1990s. Luckily, what begins as a nightmare veers off in another direction altogether, with ‘Compartment No. 6’ becoming a culturally important relic of the turbulent Soviet past.

The movie from Finnish director Juho Kuosmanen had its world premiere at the 2021 Cannes Film Festival, where it won the jury’s Grand Prix, riding a wave of good reviews. It is currently being screened at cinemas in France, Switzerland, Finland and Italy and is set to be released in the United States and the rest of Europe in early 2022. 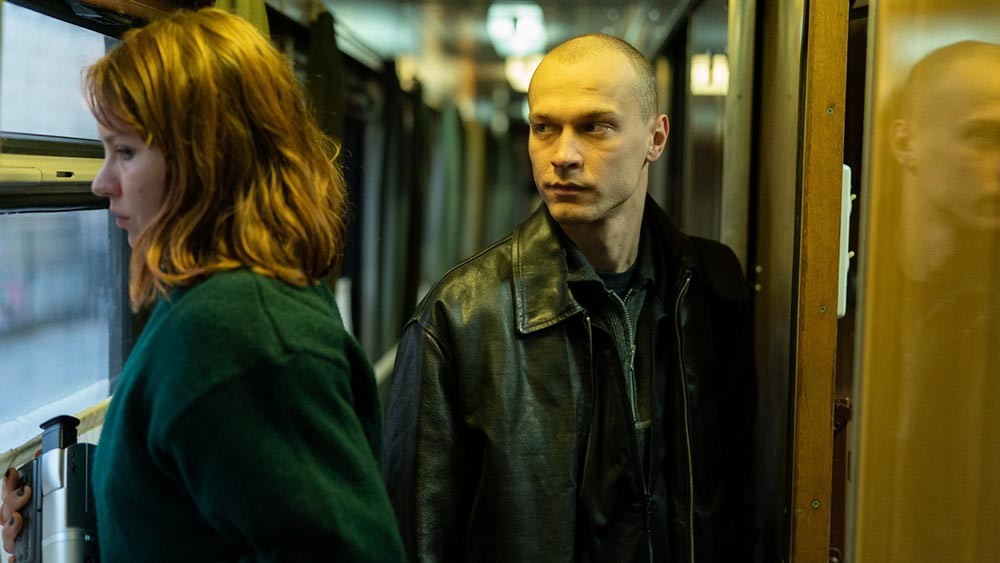 Seidi Haarla as Laura and Yuri Borisov as Lyoha in 'Compartment No. 6'.

‘Compartment No. 6’, which stars Yuri Borisov, one of Russia’s most promising actors, is this year’s Finnish entry for ‘Best Foreign Picture’ at the Academy Awards.

Mind you, ‘Compartment No. 6’ has nothing to do with one of the most poignant stories in Russian literature, Anton Chekhov’s ‘Ward No. 6’, set in an old mental asylum. So, leave your allusions for another time.

It’s a road movie of sorts done with such incredible authenticity, empathy and gentle humor, within seconds one feels like they’ve hopped in the time machine and traveled back to post-Soviet Russia of the 1990s.

Juno Kuosmanen’s drama echoes the signature raw style of Aleksei Balabanov, whose ‘Brother’ (‘Brat’) franchise has been widely considered to be among the most important cinema ever made in post-Soviet Russia. 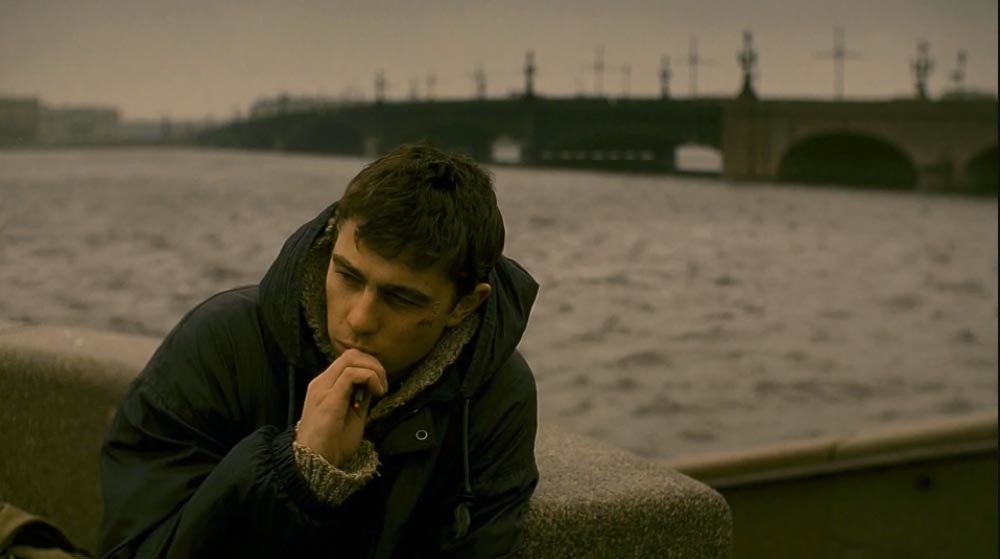 In fact, ‘Compartment No. 6’ has Sergei Selyanov, the same maverick Russian producer who worked with Balabanov on all his movies, including the two ‘Brat’ dramas.

The 42-year-old Finnish filmmaker somehow managed to put the clock back in ‘Compartment No. 6’, which recreates an atmosphere of reckless freedom and openness to the world characteristic of the early post-Soviet reality. The daredevil spirit of the 1990s that settled following the collapse of the Soviet Union, is portrayed by the director and his cinematographer J-P Passi with a rare combination of honesty and humanity and with such authenticity you may have to pinch yourself. When you get to hear ‘Voyage, voyage’, a massive international hit in the late 1980s by French singer Desireless (immensely popular in the USSR), you know it’s for real.

Russian character as it is

A group of intellectuals is having a party in a spacious Moscow apartment in the 1990s. Happy, tipsy people are trying to identify the Victor Pelevin novels from their iconic quotes, raising philosophical questions on the meaning of life. 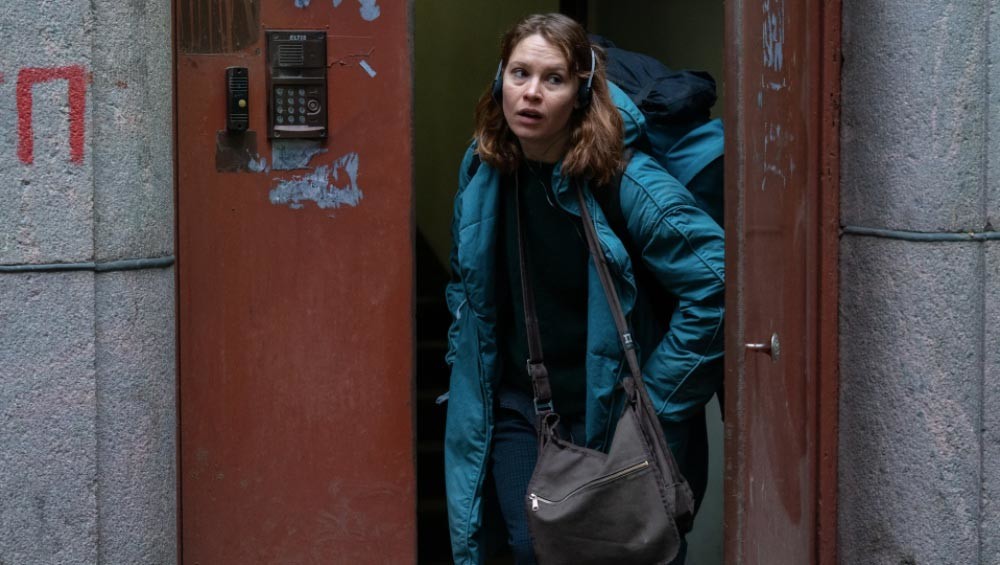 Seidi Haarla as Laura in 'Compartment No. 6'.

Laura (played by Seidi Haarla), an archeology student from Finland, shares this bohemian apartment with her talkative girlfriend, the short-haired and sexy Irina, professor of literature. It’s Laura’s last bash in Moscow. After a night of love, she and her girlfriend are supposed to go and see some ancient petroglyphs (rock paintings) in Russia’s Arctic port city of Murmansk, around 2,000 km away from the Russian capital. 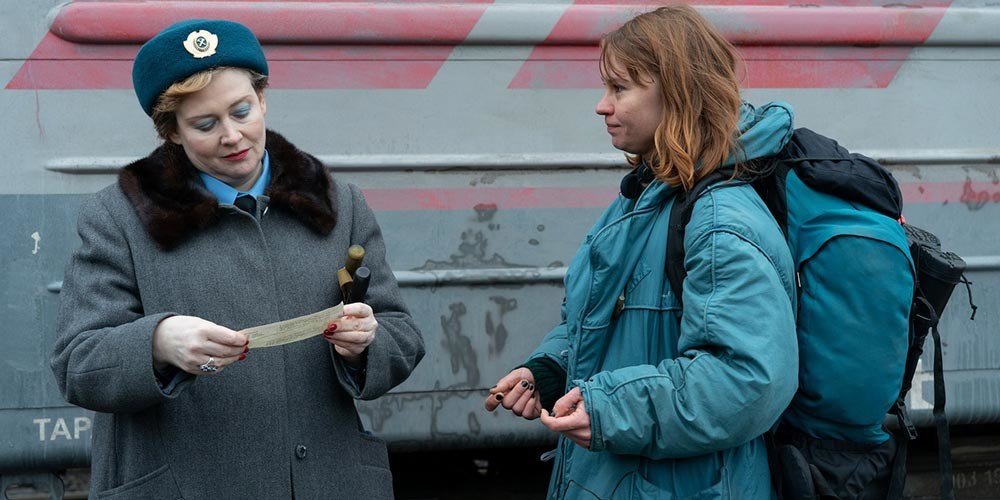 But, Irina dumps Laura at the last minute and the Finnish girl, who speaks Russian fluently, boards the train alone, only to find out that her ‘Compartment No. 6’ neighbor is an ill-mannered, shaven-headed Russian miner named Lyokha, who smokes like a chimney and drinks like a fish.

Seidi Haarla and Yuri Borisov in 'Compartment No. 6'.

It’s hate at first sight, with Laura doing her best to get away from Lyokha and his dirty foul language jokes, until it becomes evident that the devil is not so black as he is painted. 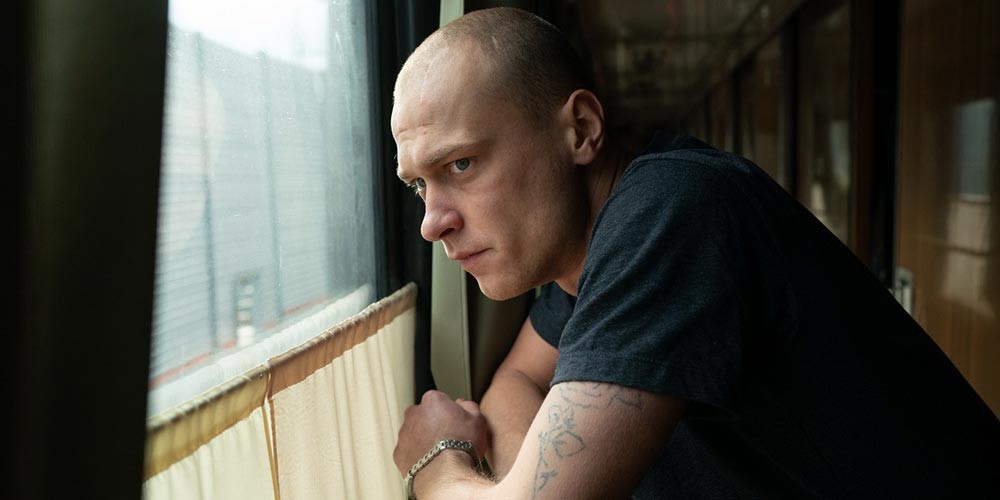 The rude Russian guy eventually shows his true colors as a sensitive, sentimental and compassionate man in need of love. Laura and Lyokha display honest tension and solid chemistry as their characters try to find a common language. Both are bitter, needy and desperate to be loved.

Like Aleksei Balabanov’s cult character Danila Bagrov, who became the voice of the post-Soviet generation of the 1990s, the protagonist in this feel-good, feel-sad story is also an anti-hero of sorts, whose life is bound to derail unless a miracle happens (Russians like to take chances and famously put their hope in “avos’”, which spans from God’s help to a stroke of luck). 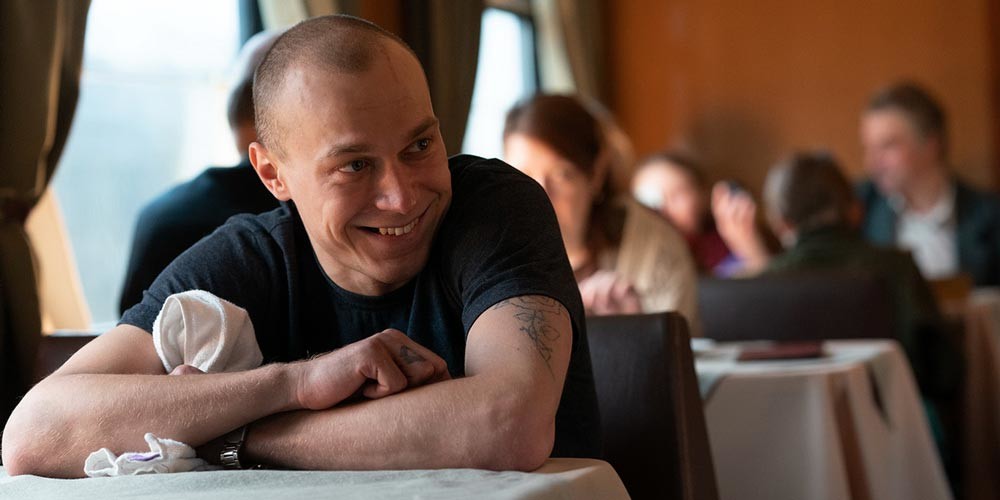 Yuri Borisov as Lyoha in 'Compartment No. 6'.

People are so rarely what they seem and Lyokha is no exception. Upon closer examination, the lead Russian character of ‘Compartment No. 6’ turns out to be the epitome of selfless compassion and altruism, always ready to lend a helping hand to a complete stranger. Laura, on the other hand, is the embodiment of Nordic aloofness, loneliness and uncertainty.

The funny thing is, opposites do attract and the two young people, both of whom need a break from their solitude, experience some of the best moments of their life on a dirty, shabby, smelly train, running through a blizzard towards the indefinite future. “Getting there” is a real challenge. No wonder, one of the characters says the following catch-phrase in the movie: “To understand yourself, you need to understand your past.” ‘Compartment No. 6’ is a story of mind-searching, self-searching and soul-searching. Gloomy on the surface, it’s filled with promise and hope.