The story of a Soviet Hachiko 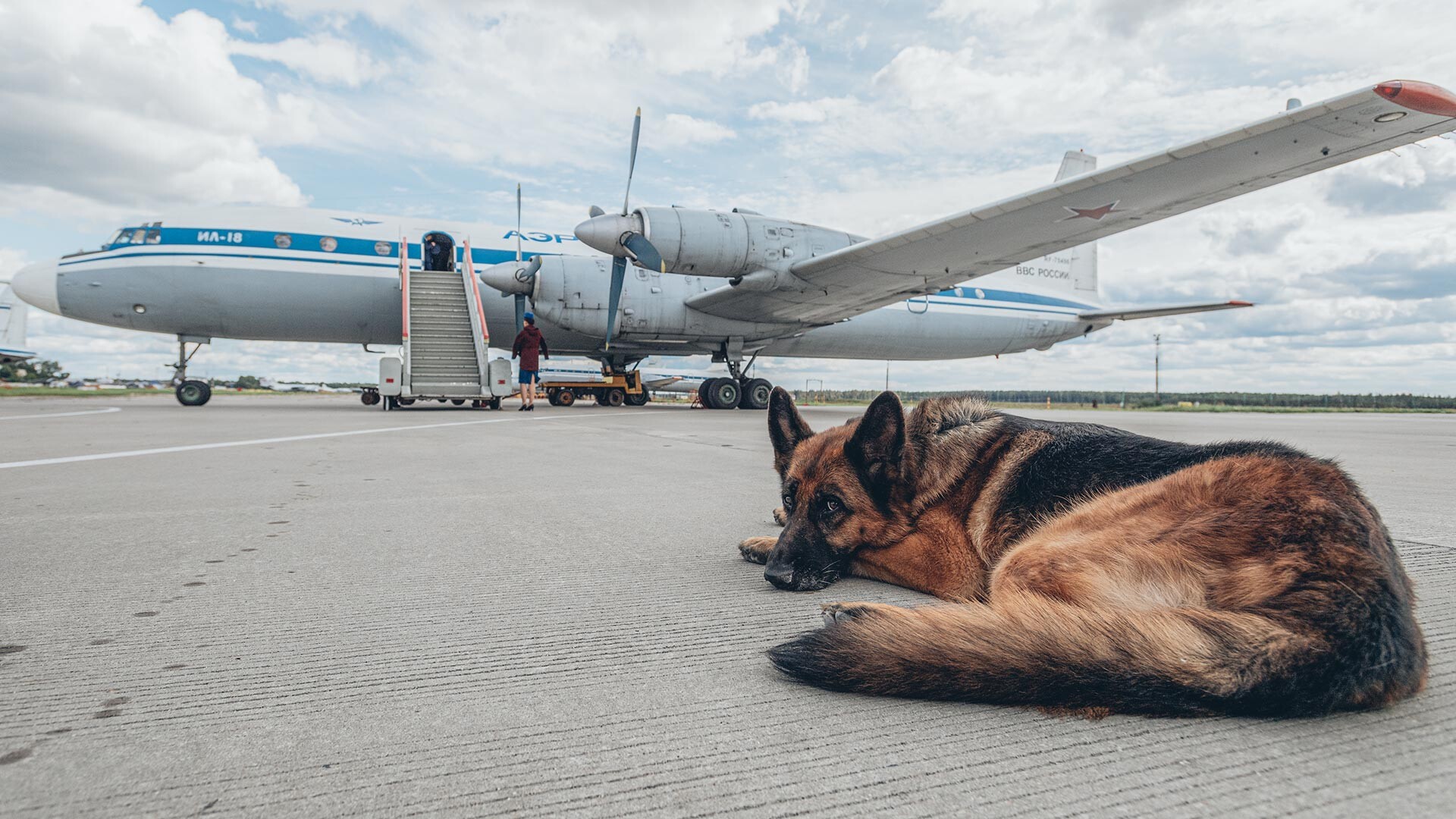 A still from the movie 'Palma', based on the true story of the extraordinary dog.

Komsomolskaya Pravda/Global Look Press
The famous Japanese dog Hachiko waited for his master at a railway station for nearly ten years after his death. There was a similar heartbreaking story in the USSR.

The year is 1974. At Moscow’s Vnukovo airport, passengers are boarding an Il-18 plane bound for the city of Norilsk (in the Far North of the country). One of the passengers is having a long and heated argument with a flight attendant on the runway, while his German shepherd dog is restlessly running around him on a leash.

It seems the conversation is not going quite as the passenger hoped. Finally, very upset, he moves away from the flight attendant, leans over to his dog and removes its collar. The dog, thinking that it is being let out for a walk, begins to joyfully run along the runway.

It does not notice how its master boards the plane, the airstair is removed, the door is closed and the plane is preparing to take off. Finally realizing what is happening, the astonished dog rushes after the accelerating IL-18 and then follows it with its eyes for a long time, until the plane finally disappears from sight. Thus began the story that touched the hearts of millions of Soviet people. 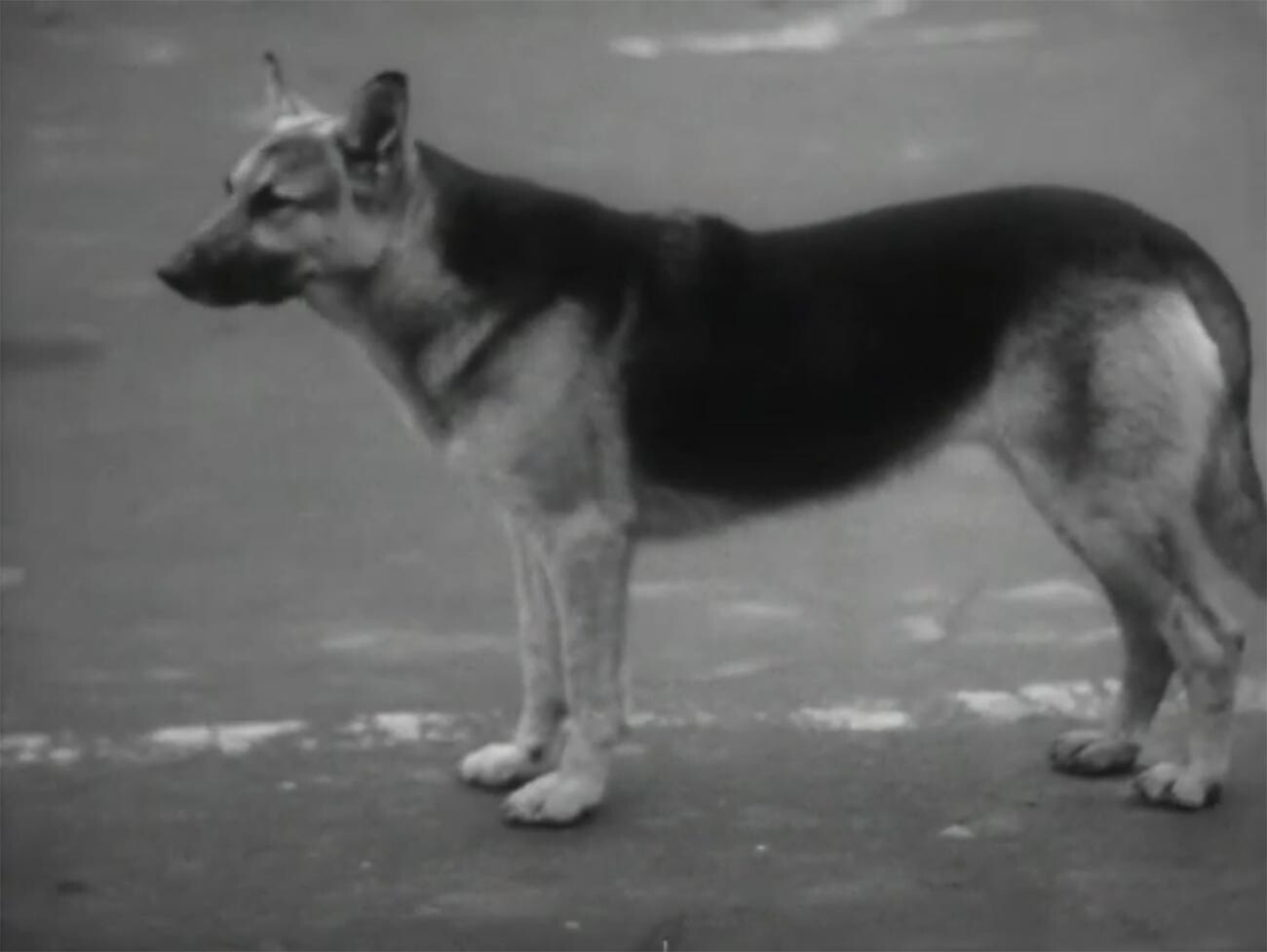 As it turned out later, the dog’s owner did not have a veterinary certificate for his pet, so he simply abandoned it at the airport. For two years, Vnukovo became the dog’s home.

Having settled in the aircraft parking area, the dog went to the runway every day. Having memorized the shape of the Il-18 model, it rushed to each arriving Il-18 in the hope that it would bring back the person whom it cared for the most.

Soon, the dog caught the attention of pilots and airport staff. At first, they tried to catch it, but to no avail. The cautious shepherd dog was not a nuisance for anyone and, in violation of all the rules, the Vnukovo staff took it under their care.

They fed the dog, but it refused to get close to anyone. Trying to find out the dog’s name, they tried different options. The dog began to respond to ‘Alma’, so, in the end, they decided to call her ‘Palma’. 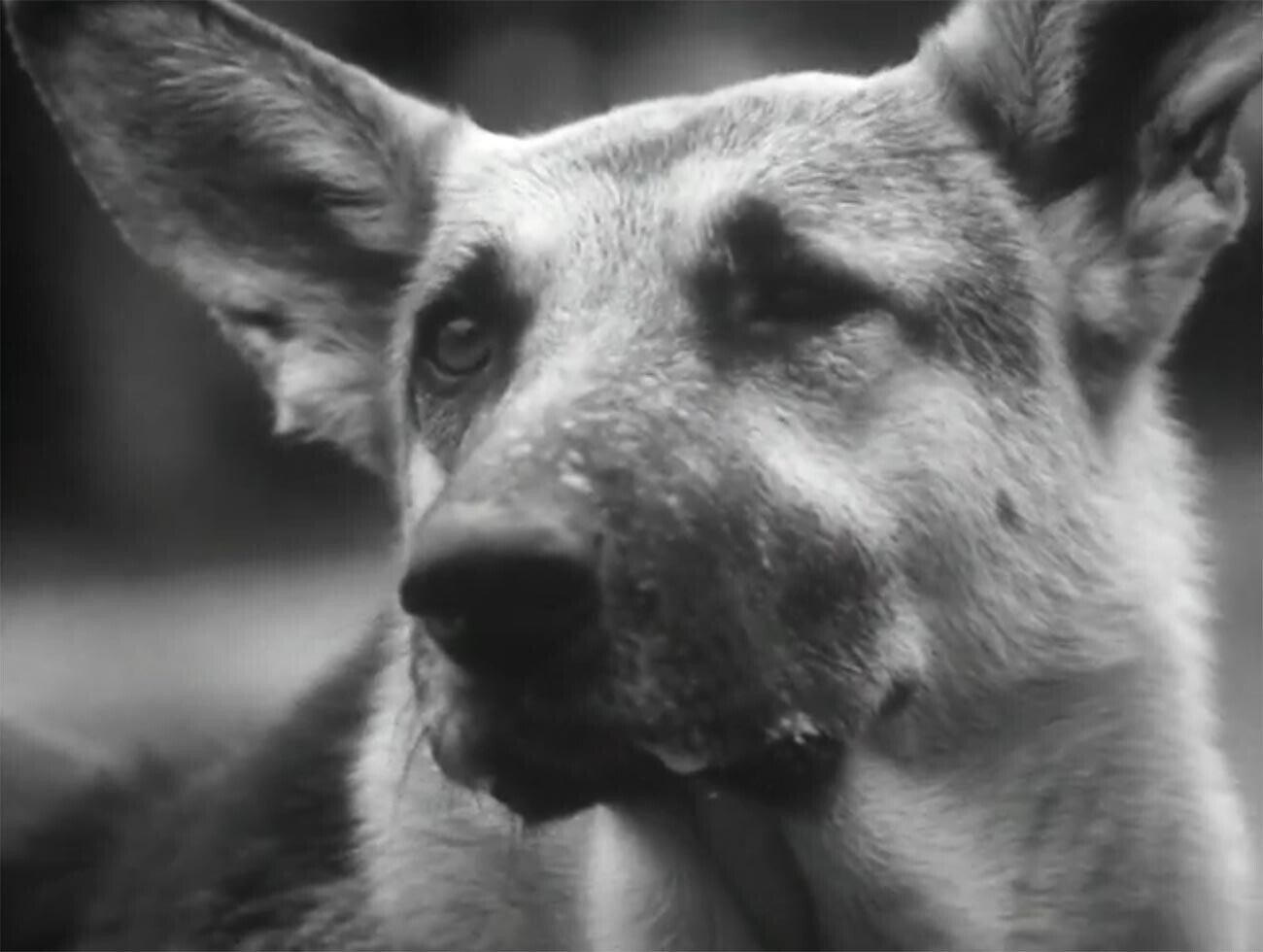 The dog spent every day, without fail and irrespective of the weather, by the runway tracking Il-18 planes. One of the technicians remembered seeing the scene when the dog’s owner was arguing with the flight attendant, but no further details of the incident could be established.

In the end, one of the pilots, Vyacheslav Valentey, took the story of the amazing shepherd dog to the Komsomolskaya Pravda newspaper. “If it hadn’t been for Valentey, no-one would have heard about Palma,” recalled journalist and photographer Yuri Rost.

Rost went to Vnukovo to meet the unusual dog. “Now we all feed her,” an airport employee told him. “But she doesn’t eat from anyone’s hand and doesn’t let anyone near her. With the exception of Volodin, the technician. They seem to have become friends, but she doesn’t want to go to him either. She must be afraid to miss the plane.”

Soon, Komsomolskaya Pravda published an article about Palma with the headline: “Two Years of Waiting”, which contained an appeal to the owner who had abandoned the dog: “Maybe this article will be read by the person who flew away on the Il-18 and who probably decided that the one whom he, sadly, had to leave behind had already forgotten him. This person should urgently take leave of work, find the money and fly to Moscow.” 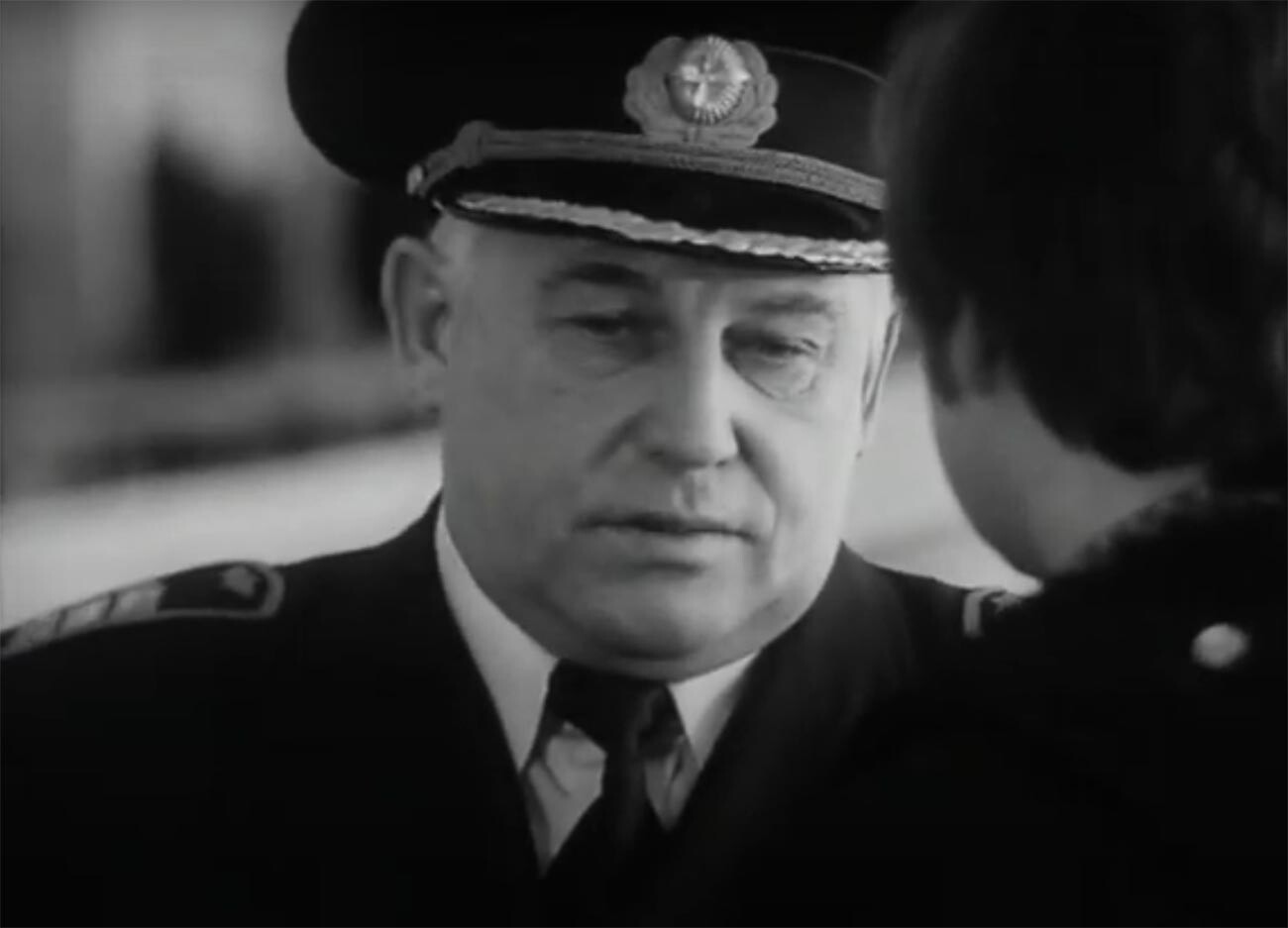 Palma’s story touched the whole country. The paper was inundated with thousands of letters from people who wanted to adopt such a devoted and loyal dog.

The owner of the dog, who had left her when he flew to the Far North for work, was found, too. In a letter to the newspaper, he tried to justify himself, saying that “problems had piled up, he got tied up and forgot” about the dog. However, the man did not express any desire or intention to return. Neither did he reveal the dog’s original name, which is why she remained to be known as Palma.

A search for a new owner for the dog began and eventually a woman named Vera Kotlyarevskaya, an associate professor at a pedagogical institute, great-great-granddaughter of the famous Ukrainian poet Ivan Kotlyarevsky and a resident of Kiev, was chosen. She approached the task of winning the trust of the sensitive dog with much thoroughness and care.

Having taken a month off work, Vera settled in Vnukovo. She visited the dog every day and soon managed to win her trust.

In the end, Kotlyarevskaya managed to give Palma some sleeping pills. The next day, much to her surprise, the dog woke up in an unfamiliar apartment in the capital of Soviet Ukraine. 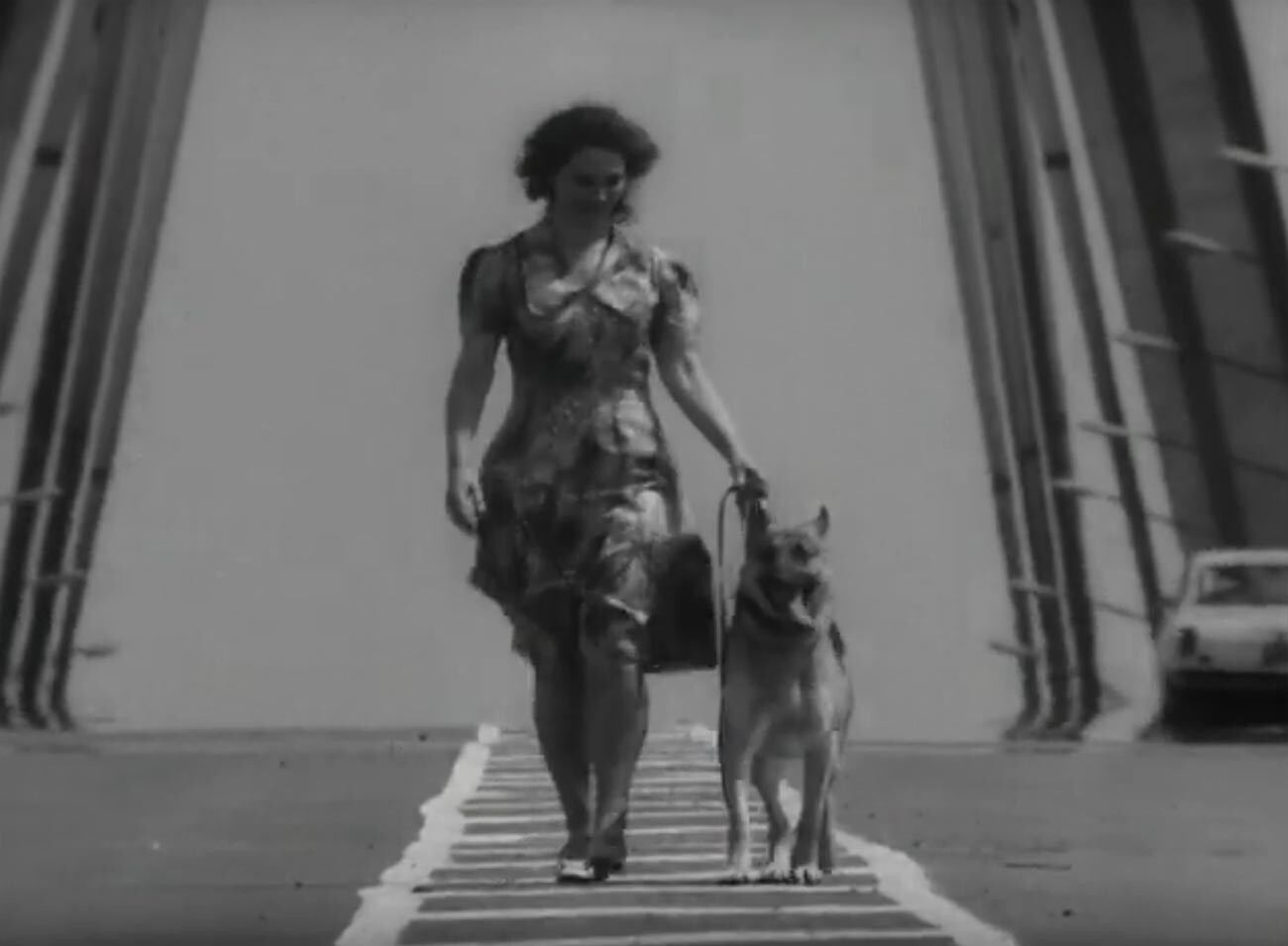 Palma did not show any aggression or panic. “A very balanced dog, with a stable nervous system and much used to people and living at home. At home, she approached my sleeping daughter, licked her cheek and carefully took her ear between her teeth,” Kotlyarevskaya noted in her diary. That said, the dog repeatedly tried to escape, which is why the balcony and windows had to be kept closed at all times.

It was only six months later that Palma settled down and finally accepted her new home and new owner, to whom she gave all her love and devotion.