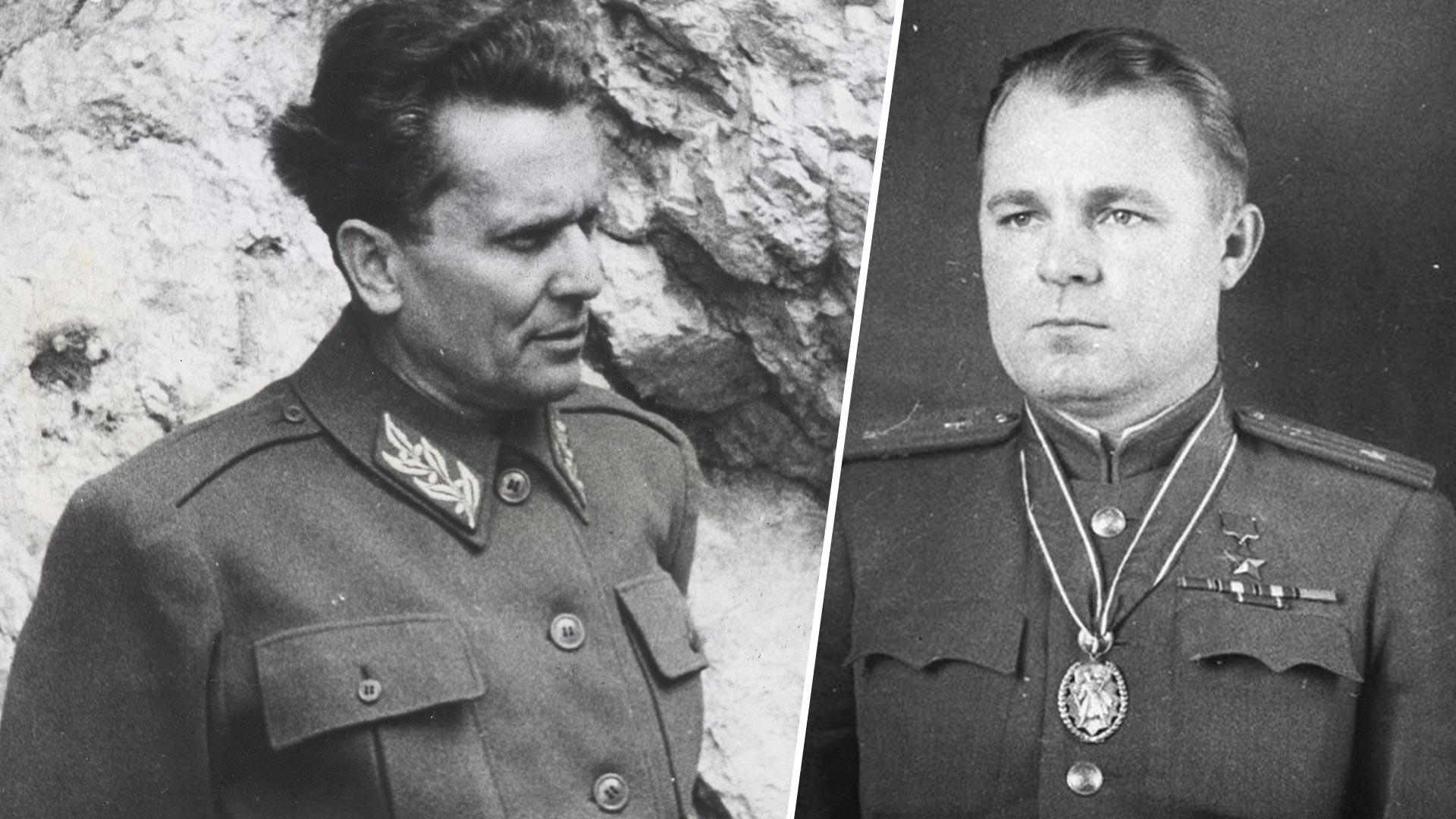 Getty Images; A.Less
British and American pilots took their time with the rescue mission. Soviet Major Alexander Shornikov, however, felt that delaying was out of the question.

Throughout World War II, the Balkans were a source of continuing problems for the Third Reich. Following the Wehrmacht’s debacle of Yugoslavia in April 1941, all sorts of opposition to Nazism arose in its splinters, launching a fierce struggle against the invaders.

The most powerful of these forces was the so-called Yugoslav National Liberation Army, subordinate to the country’s Communist Party. If, originally, it consisted of small partisan units, by the spring of 1944, it already included large divisions and corps numbering about 300 thousand people. 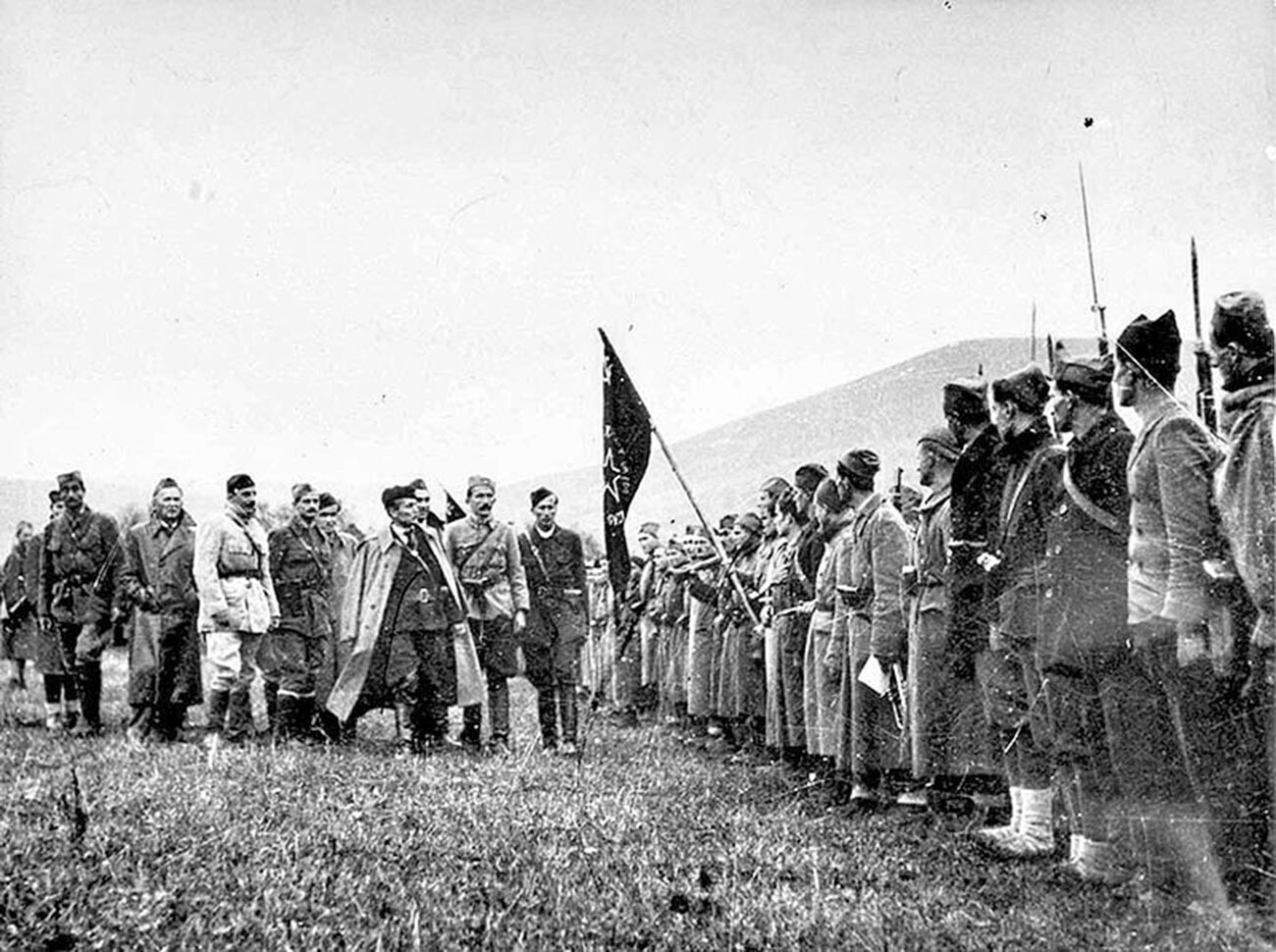 A bone in the German command’s throat, it was holding back over thirty Wehrmacht and SS divisions in the Balkans, which would have come in handy on the Eastern Front. The Nazis repeatedly tried to destroy the Partisan Army and personally its commander, Marshal Josip Broz Tito, but without success.

In May 1944, they made another attempt and were as close to their goal as ever. It was then that the Red Army came to the Marshal’s aid.

At 5 a.m. on May 25, German bombers appeared over the town of Drvar in western Bosnia and Herzegovina, where the National Liberation Army’s headquarters was located. After a massive air raid, gliders delivered by transport planes began landing outside the town, from which soldiers of the 500th SS Parachute Battalion were immediately unloaded. 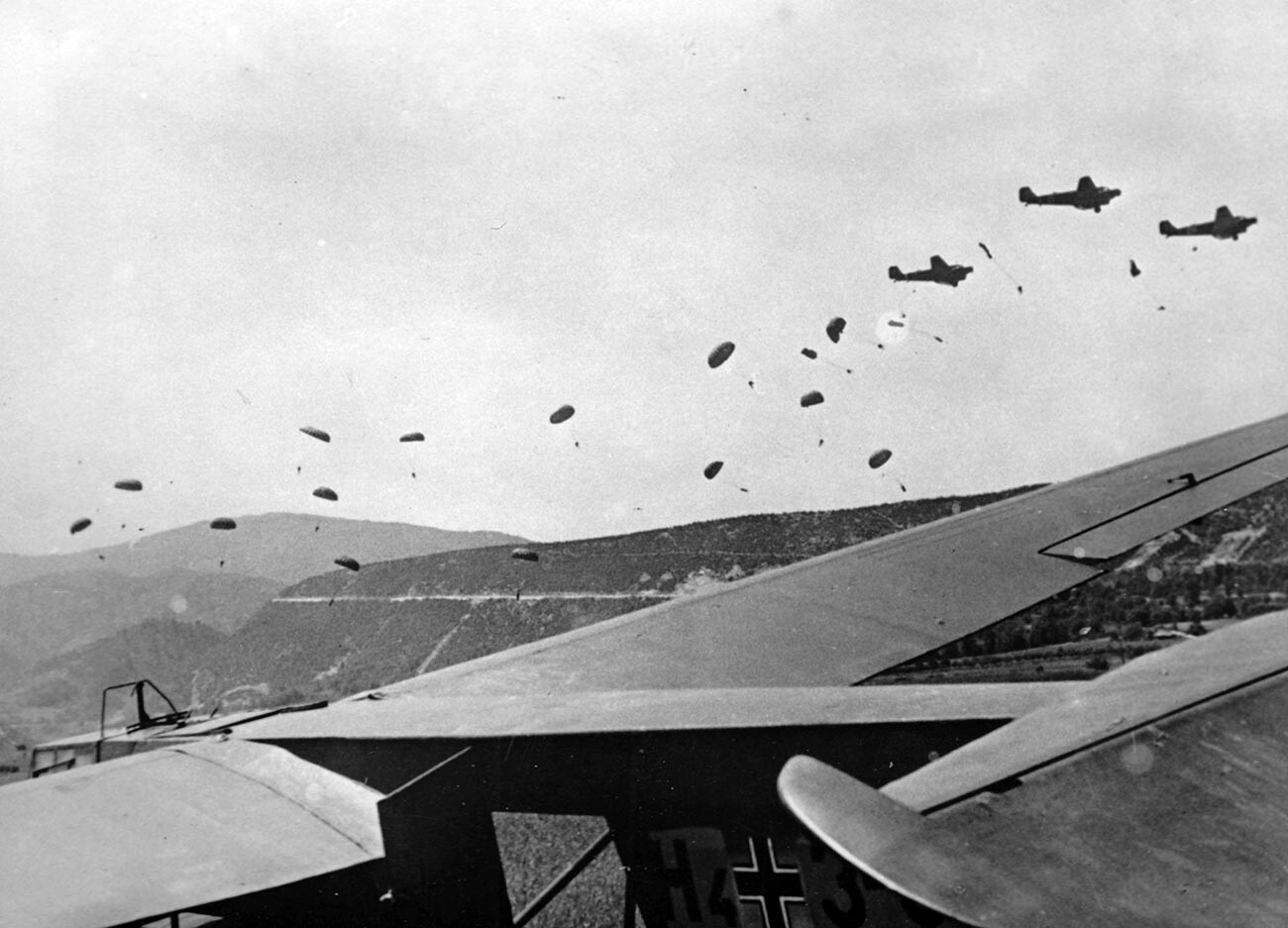 The 500th SS-Parachute Battalion during the attack of the city of Drvar in Yugoslavia.

For the operation dubbed ‘Knight’s move’, the main purpose of which was the capture or elimination of Marshal Tito, the Germans had gathered over 17,000 people. In addition to paratroopers, motorized rifle regiments, reconnaissance, tank and sapper battalions, a regiment of the ‘Brandenburg’ special forces division and Croatian units had been moved into the area of combat operations.

They were opposed by units of the 1st and 6th Proletarian Corps of the Yugoslav Partisans, the Marshal’s Guard Battalion and cadets of the Officer Training School, totaling 12,000 men. Despite their fierce resistance, the enemy soon occupied the city.

“The Germans were looking for me,” Tito recalled, “In those days, a tailor in Drvar sewed me a marshal’s uniform. The paratroopers got nothing but this uniform, torn by bomb fragments... All the residents of Drvar knew where I was. Every paratrooper had my photograph. They would go up to one or the other of the townspeople, show the picture, ask, “Tito, Tito, where is Tito?" But nobody said anything to them. Not even the children…” 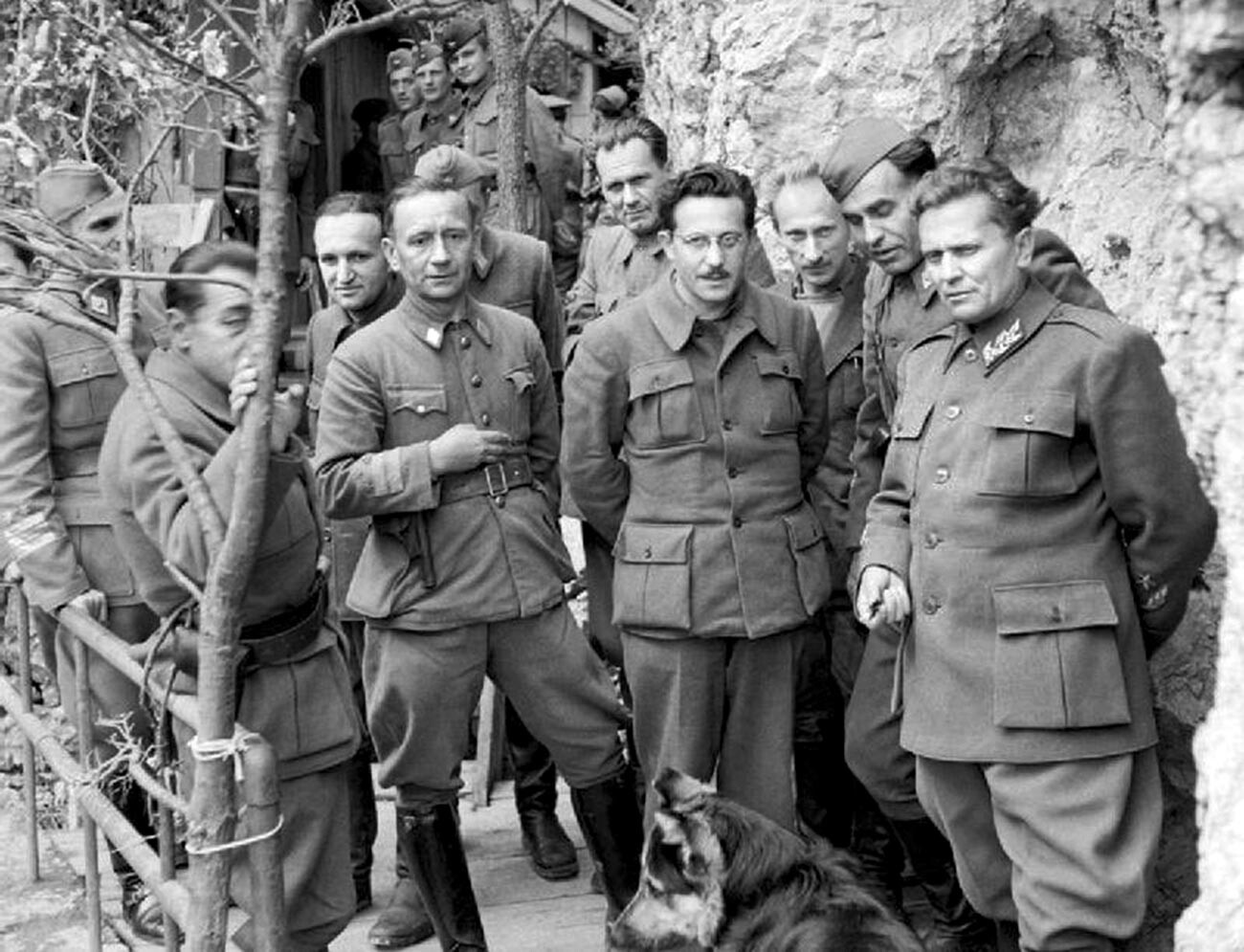 Tito and his comrades in Drvar.

The marshal himself, along with his staff and the Soviet military mission, was, at that time, in his house not far from the city. When the enemy reached it as well, they retreated to the Dinaric mountains under the cover of their troops.

The Germans never gave up their pursuit, tightening the ring around Tito and his supporters. Soviet General Nikolai Korneev, who was with the group, strongly advised the Marshal to evacuate to the Allied air base at Bari in southern Italy. The latter refused for a long time, insisting that he had to remain on Yugoslavian territory. He agreed only to the option of being transferred immediately from Bari to the island of Vis in the Adriatic Sea off the Croatian coast.

In addition to British and American aviation, Red Army Air Force squadrons were also stationed in Bari: 12 C-47 transports and 12 Yak-9D long-range escort fighters. When the situation with Tito became known, Stalin instructed his pilots to take the most active part in rescuing the warlord. 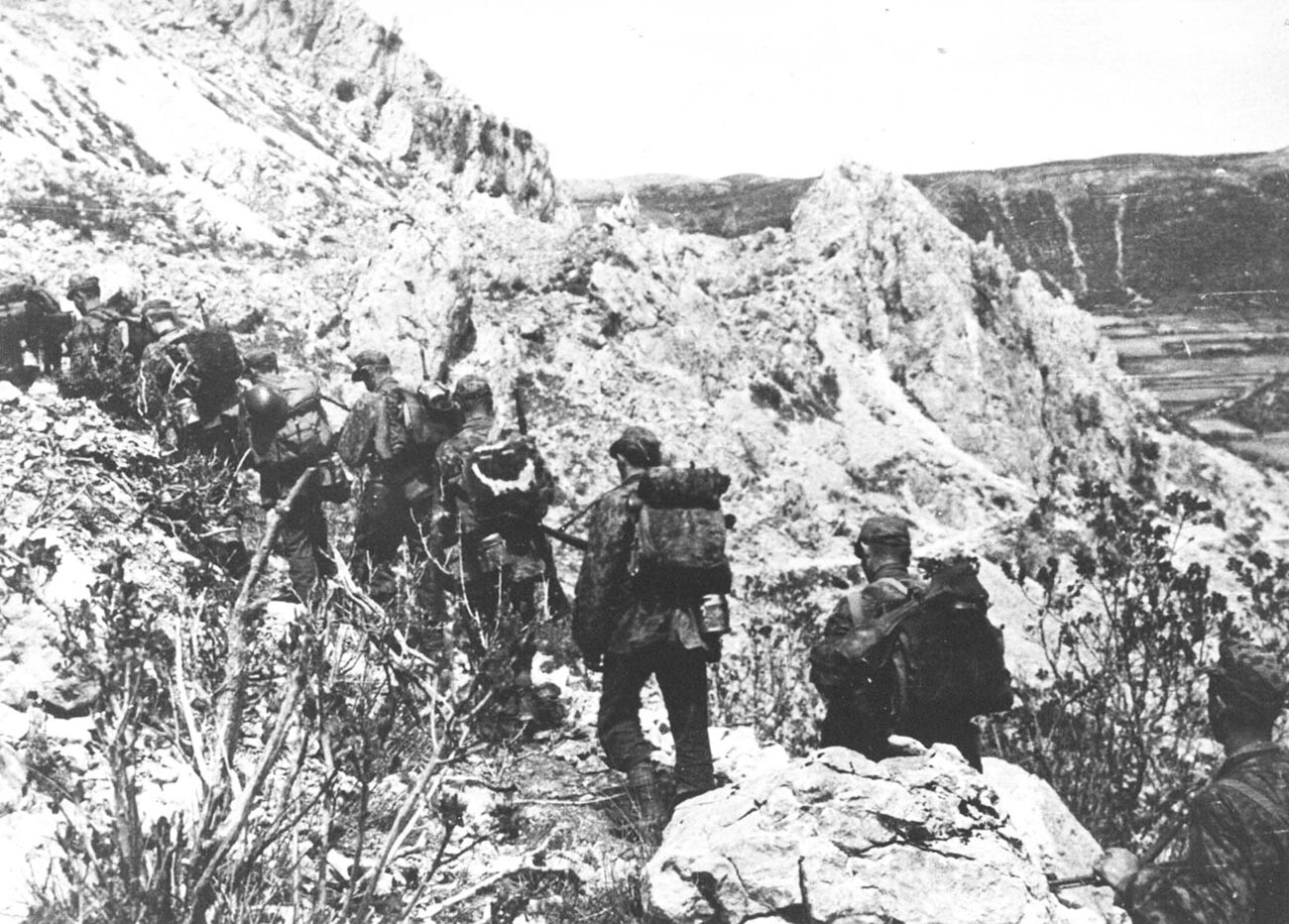 Despite unstable communications, the Yugoslav Army’s headquarters was able to report that it was waiting to evacuate at a mountain beachhead near the town of Kupres. The Western Allies delayed the rescue mission because of bad weather, but Soviet Major Alexander Shornikov felt precious time was running out and immediate action was necessary.

On the night of June 4, a Soviet C-47 took to the air and headed towards Yugoslavia. The coordinates were provided by navigator Pavel Yakimov of Shornikov’s crew, who was with the marshal at the time.

The major was already an experienced pilot, who had spent some time in the Balkans and had studied the local air routes. However, for him, too, the task was extremely difficult. 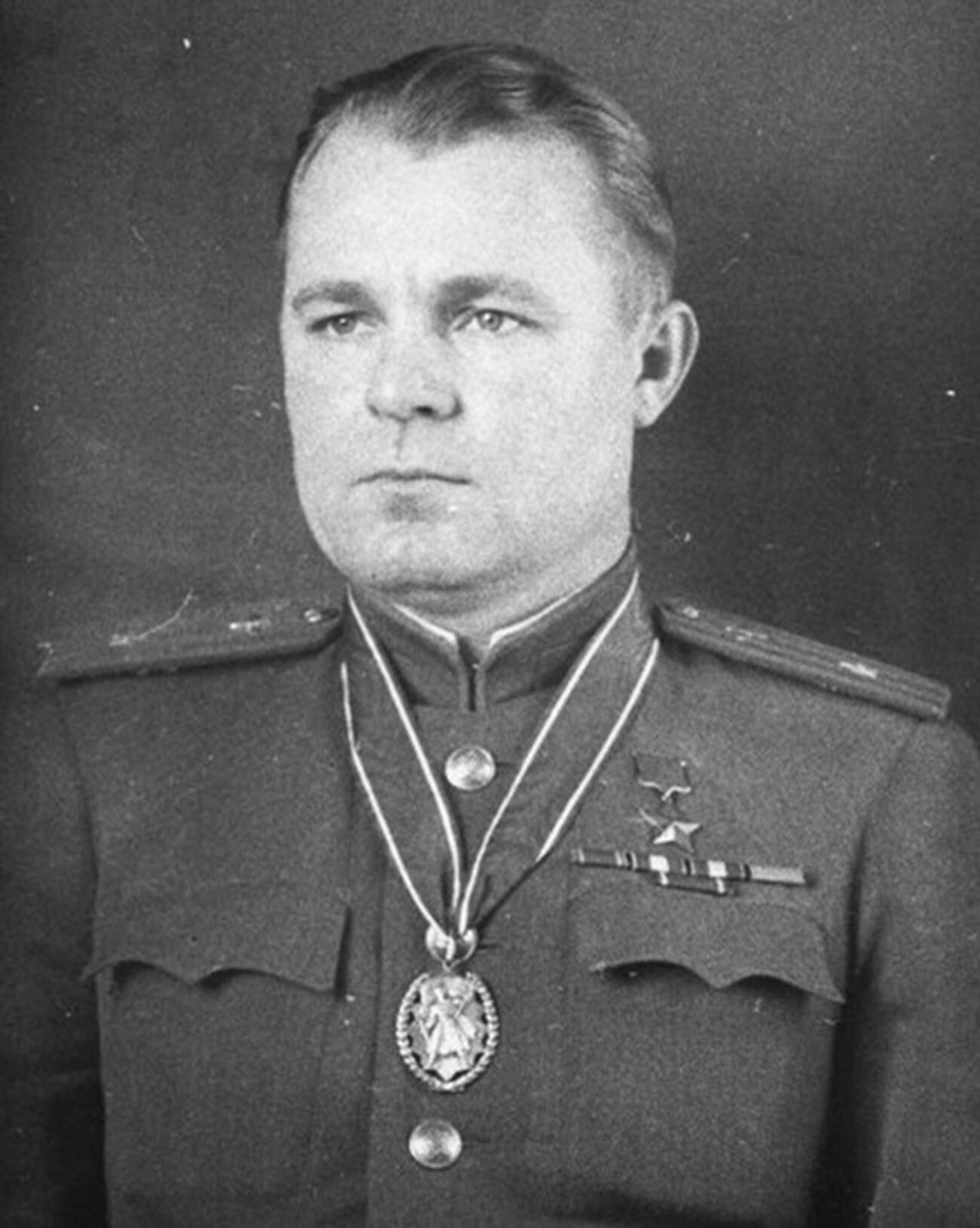 “Under conditions of thunderstorm activity and rain, we had to cross the Adriatic Sea at low altitude, first, in order not to deviate from the laid route and, second, in order not to get into thunderclouds,” recalled Chief marshal of the aviation Alexander Golovanov. “Having reached the island of Korčula and bypassed Split, where there was a German naval base covered by a large number of anti-aircraft artillery, the crew began to gain altitude, taking a course for Kupres, in the area of which there was the highest mountain, which served as a reliable landmark. Once they reached the mountain and identified their position, the crew searched for warning lights and signals. The cloud cover prevented a good view of the area. The crew flew over the unknown terrain for more than half an hour until they found the code lights.”

The tiny site, prepared by the Partisans in the mountains, was completely covered with rocks and cut up by streams. It had to be landed on at the first attempt and without any room for error. Shornikov managed the task: he landed his C-47 and brought it to a halt at the last burning fire, beyond which began a steep precipice.

The crew of the Soviet plane had to repeat the difficult maneuver one more time. After the marshal and staff officers were flown to Bari, the pilots returned for the remainder. The Western Allies, learning of Shornikov’s flight, also made several flights into the mountains. 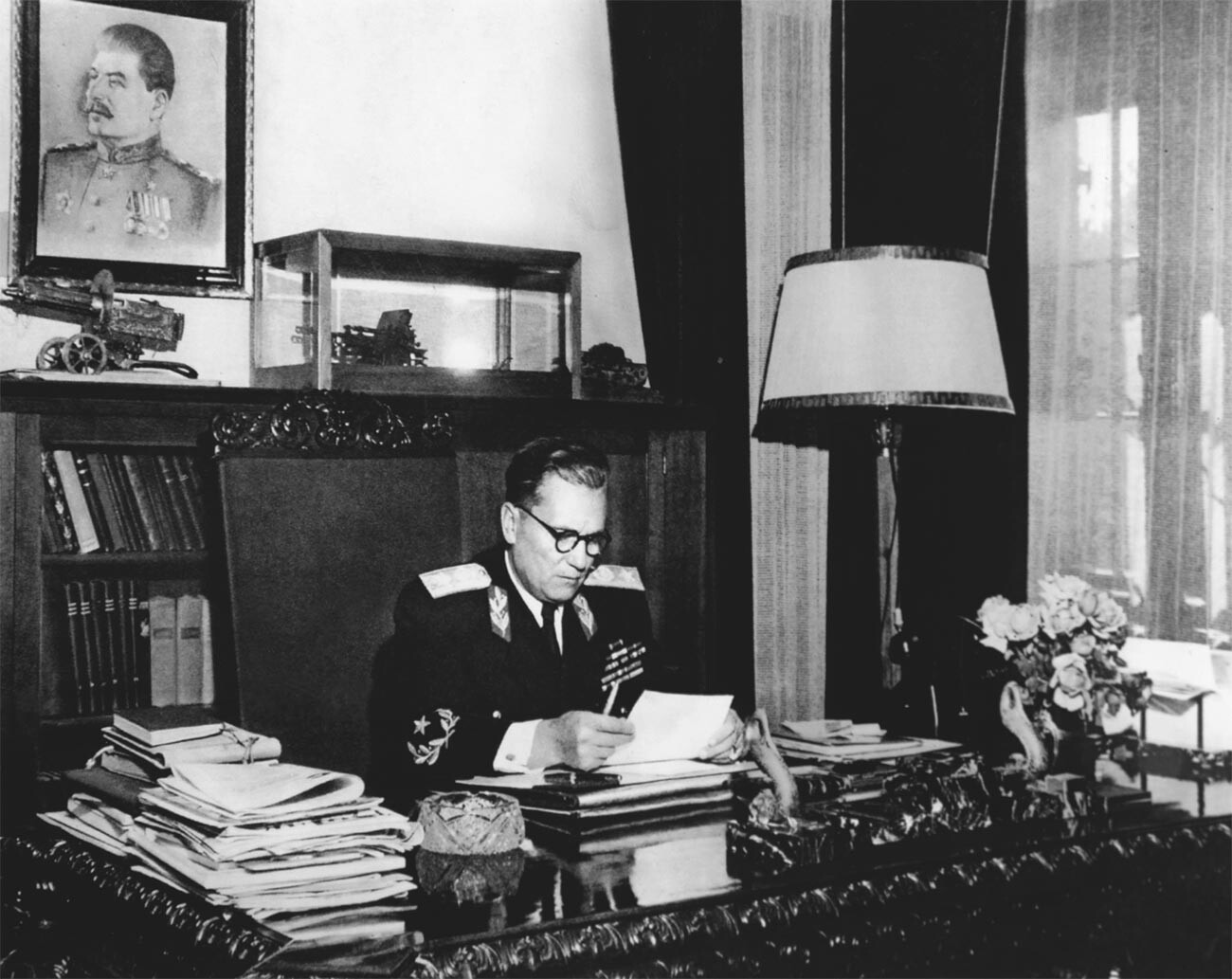 After the evacuation of the leadership, the Yugoslav units guarding it went to break through the encirclement (which they successfully accomplished) and, in the morning, German troops appeared on the mountain bridgehead.

Alexander Shornikov, his co-pilot Boris Kalinkin and navigator Pavel Yakimov were awarded the title of Heroes of the Soviet Union for this exploit. Yugoslavia, in turn, also awarded each of them with its highest military decoration - the Order of National Hero.