Who was ‘mad monk’ Grigory Rasputin in reality? 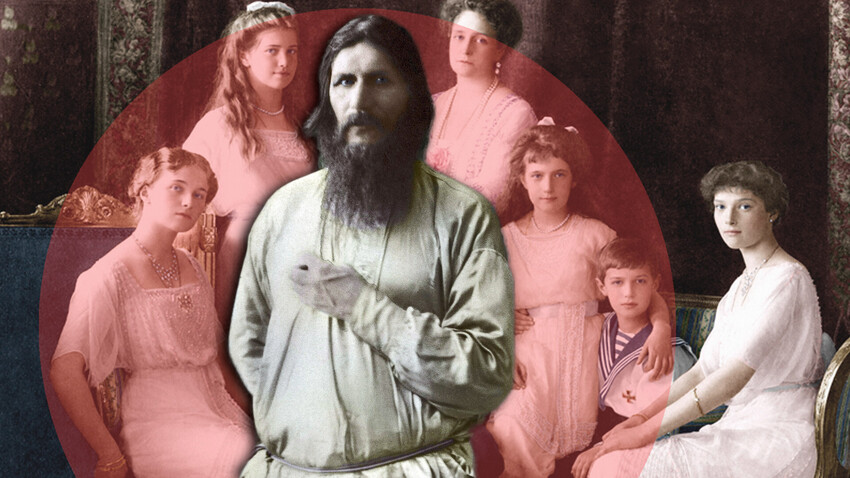 Russia Beyond (Photo: Legion Media; Public domain)
Over 100 years after his death, Rasputin remains one of the most controversial figures in Russian history. Even now, his life is still viewed through a lens of myths and rumors that we debunk in this article.

Bobby Farrell, the lead singer of pop group Boney M., used to dress up on stage as a cartoon character version of Rasputin to sing his signature song about the alleged affair between Rasputin and the Empress. Farrell died in St. Petersburg on December 30, 2010, exactly on the 94th anniversary of Rasputin’s murder in the same city. 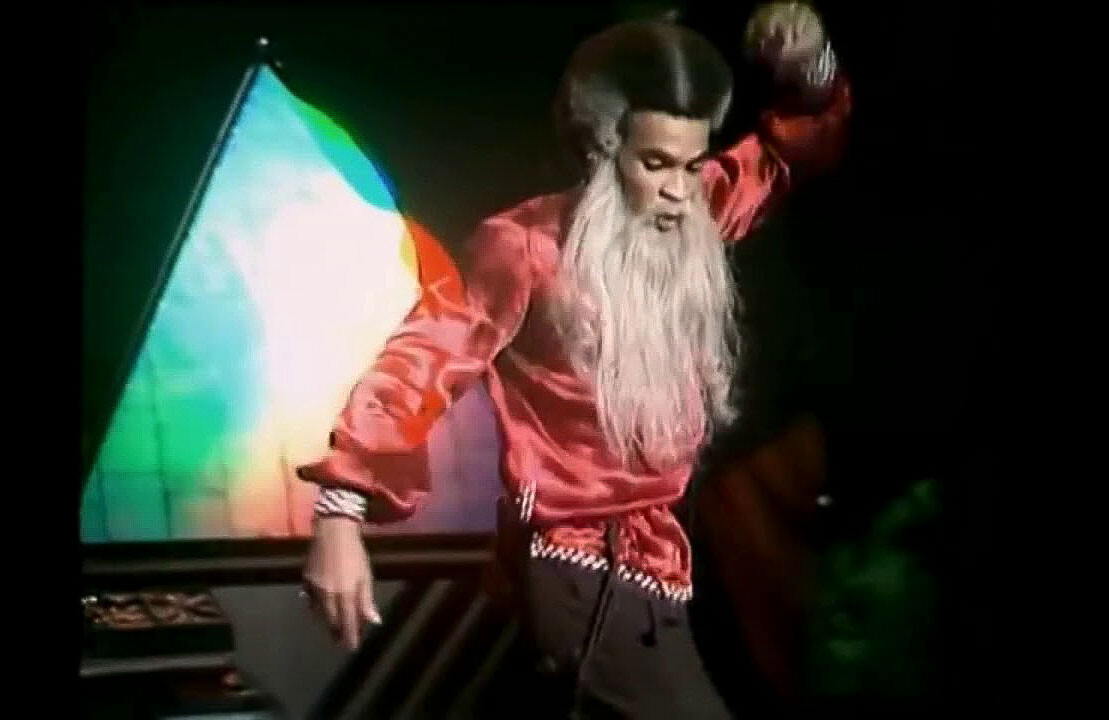 Bobby Farrell of 'Boney M.' dressed up as Rasputin.

The singer arrived, performed at a corporate party, sang his last ‘rah-rah-Rasputin’ lines and was found dead in his hotel room the next morning. This coincidence (or not?) is just one example of the mysterious stories which shroud the life and, in this case, even the afterlife of the famous Russian mystic.

“Dark, long and poorly combed hair; black, thick beard; high forehead, wide, protruding nose, muscular mouth. But the whole expression of the face is concentrated in the eyes of a linen-blue color, brilliant, deep, strangely attractive eyes. The stare is both piercing and caressing, naive and sly, intent and distant. When his speech becomes animated, his pupils seem to be charging up with magnetism.” This is how Rasputin appeared to Maurice Paléologue, the French ambassador to Russia. 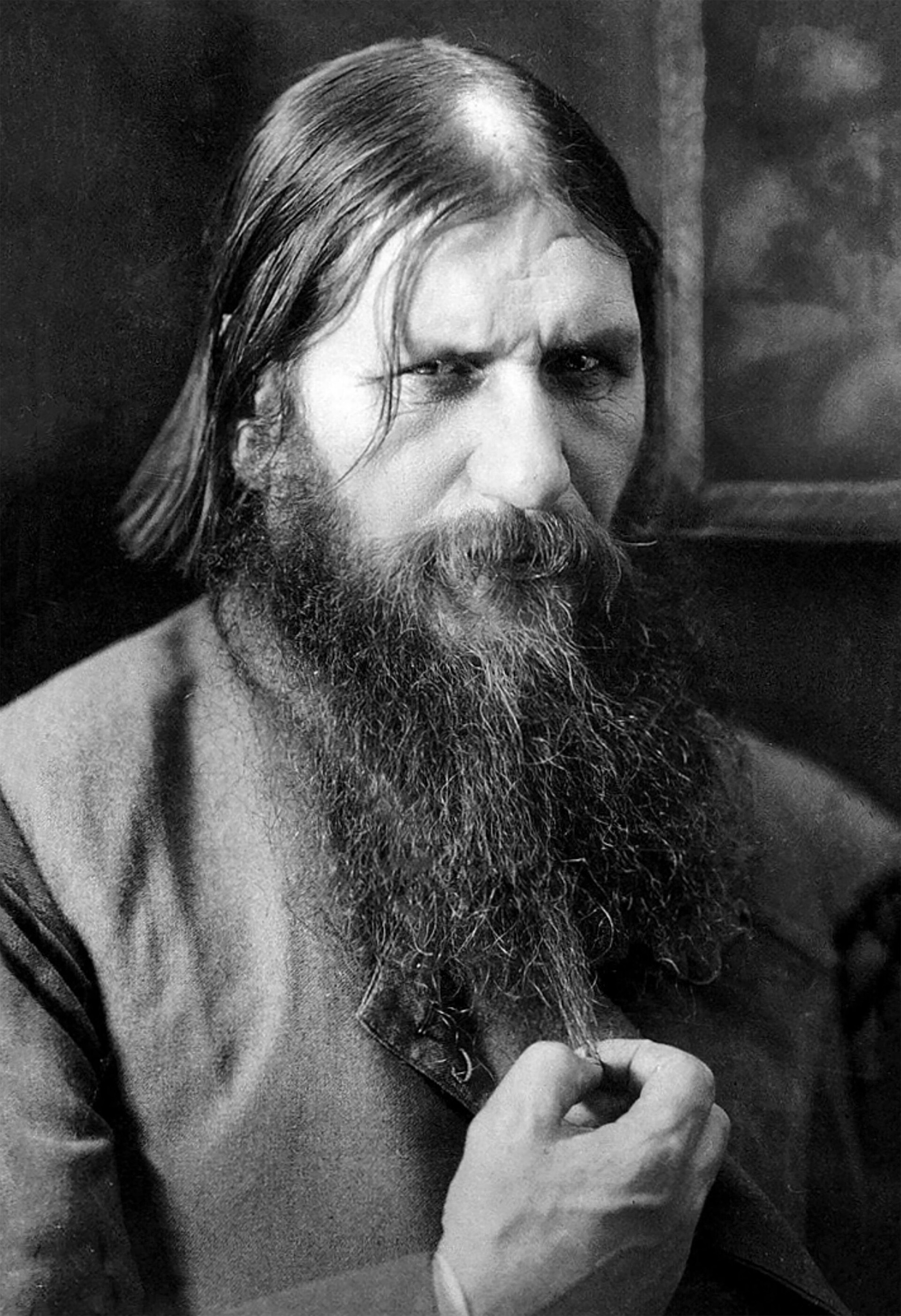 It’s obvious that everybody who saw Rasputin was struck with the understanding that there is something special about this person. He was admired and he was hated, but he didn’t leave anyone indifferent. To understand who Rasputin really was, we must look only for documented, proven facts about his life.

And the most important thing about Rasputin is the fact that he indeed could heal people and, vitally, Tsarevich Alexey, the son of Nicholas II, who had hemophilia, an inherited disease that prevents blood from clotting; basically, every tiny bruise or contusion for a person with hemophilia results in prolonged bleedings, including internal ones. Incredibly enough, Rasputin’s abilities were validated even by people who despised him.

He was able to heal the heir 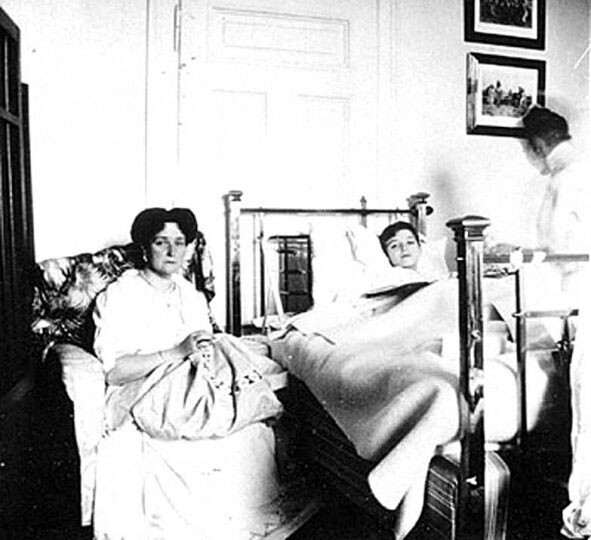 Empress Alexandra and her son Alexey, 1912.

“There is no doubt that Rasputin possessed the technique of therapeutic hypnosis, although it is impossible to define how exactly it worked,” Russian historian Igor Zimin wrote.

Grand Duchess Olga Alexandrovna, sister of Nicholas II, wrote that, in 1907, when Alexey was just three, he injured his leg while playing in Tsarskoe Selo, the Emperor’s summer residence. “There were dark circles around his eyes <...> his leg was swollen beyond recognition. The doctors were of absolutely no use,” Grand Duchess wrote. “Then Alix (Empress Alexandra Fedorovna) sent a telegram to Rasputin in St. Petersburg. He arrived around midnight. By that time, I was already in my apartment and, in the morning, Alix called me to Alexey’s room. I couldn’t believe my eyes. The toddler was not only alive, but also healthy. He was sitting on the bed, the fever seemed to have been removed, there was no trace of the tumor on the leg, his eyes were clear, bright… Later, I learned from Alix that Rasputin didn’t even touch the child, he just stood at the foot of the bed and prayed.”

Mikhail Rodzianko, Chairman of the State Duma, wrote: “Rasputin had a great deal of hypnotism in him. I think he was of exceptional scientific interest.” Three more members of the Imperial family – Grand Duchess Xenia Alexandrovna, Nicholas’s sister, her husband, Grand Duke Alexander Mikhailovich, and Grand Duke Kirill Vladimirovich – all independently acknowledged Rasputin’s healing abilities in their memoirs.

Rasputin and Empress Alexandra: no, they weren’t lovers 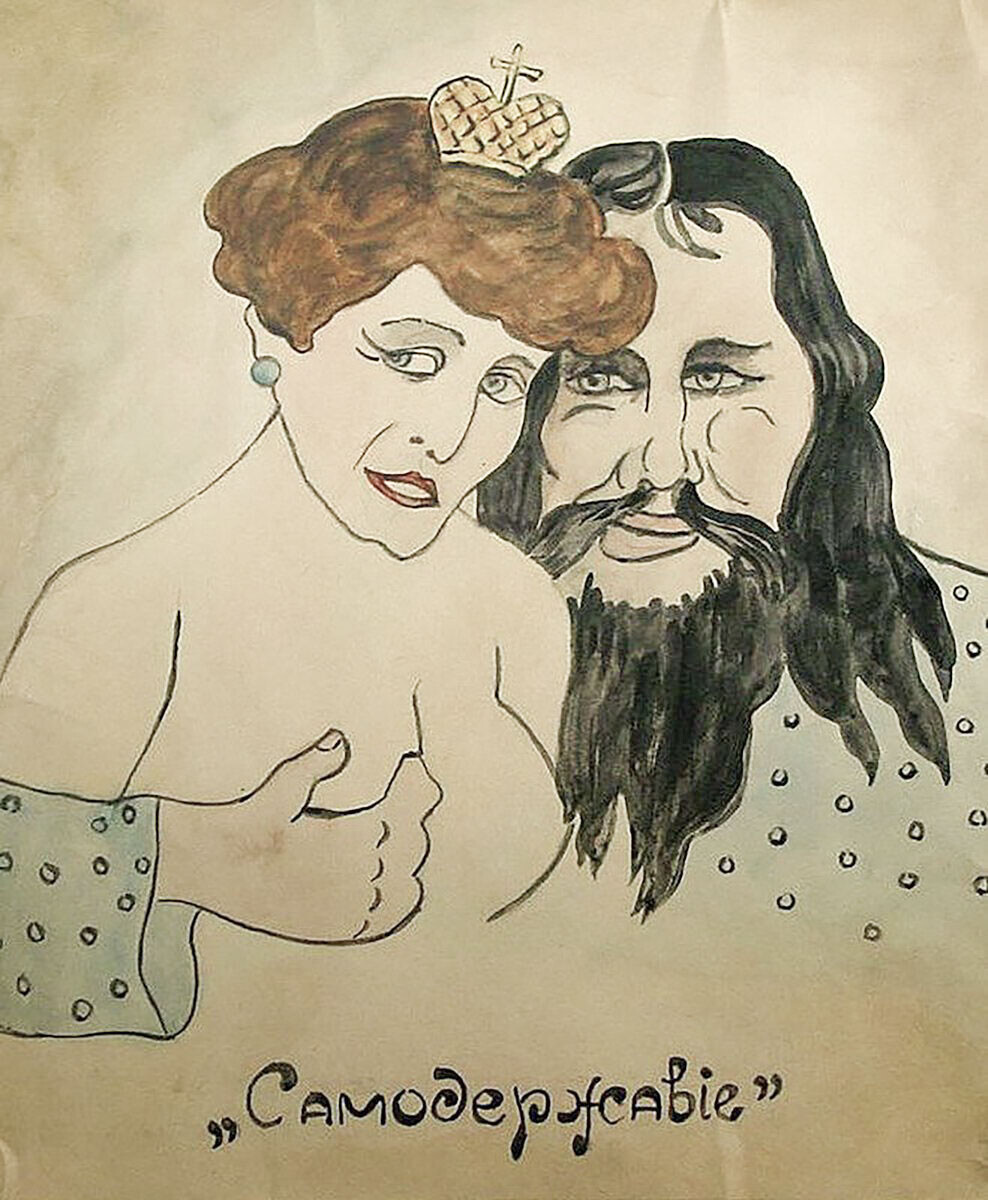 A Russian cartoon showing Rasputin and the Empress. The inscription reads "Autocracy."

Grigoriy Rasputin came from a family of peasants in Siberia. As a young man, he had weak health, and, probably to heal and strengthen himself, started making pilgrimages to different cloisters and holy places in Russia. In his native village in Pokrovskoye, Tobolsk governorate, he became famous as a “God’s man”. He was introduced to Nicholas and Alexandra by their relatives in November 1905.

However, contrary to popular belief, Rasputin wasn’t a frequent guest in the tsar’s palace. In 1906, Rasputin met with Nicholas and his family two times; in 1907 – three times. Sydney Gibbes, who from 1908 to 1917 served as the English tutor to the children of Nicholas II, wrote: “The Empress believed in his righteousness, in his spiritual strength, believed that his prayer helps. That was the only way she treated him. Rasputin did not visit the palace as often as it was shouted about. He was called upon when Alexey’s illness showed itself. I saw him once myself. He was understood by me like this: a smart, cunning, kind man.”

Alexandra Tegleva, who served as the nanny for the tsar’s children for 17 years, wrote: “I saw Rasputin only once, when he was walking to Alexey’s room.” Nicholas’s room servant Alexey Volkov testified: “I have seen Rasputin in the Palace myself twice. He was received by the Emperor and the Empress together. He was with them for about twenty minutes, both the first and the second time. I have never seen him even drink tea with them.” 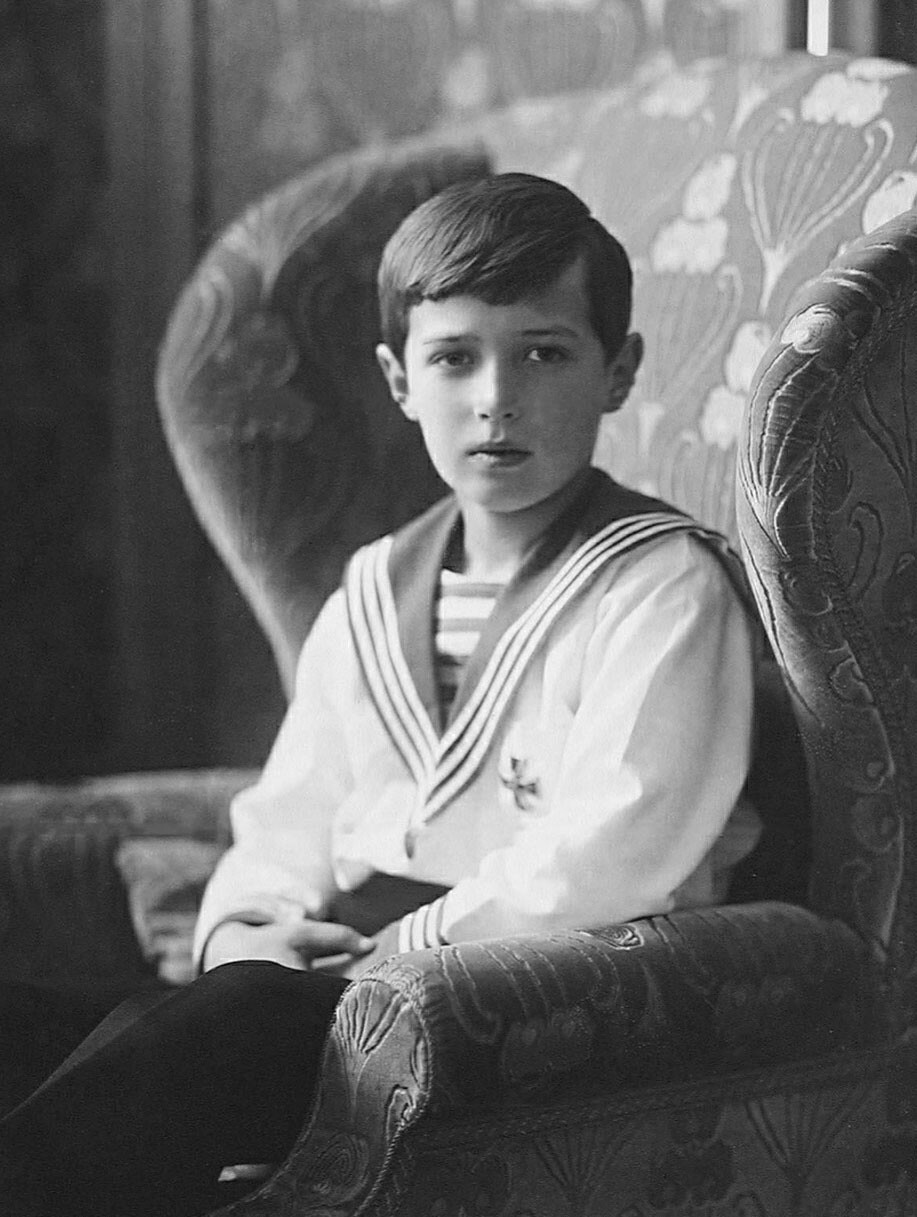 The main source of the gossip about the alleged sexual relations between Rasputin and the Empress were the letters from Alexandra Fedorovna to Rasputin. They were allegedly stolen from Rasputin by Iliodor (Trufanov), an Orthodox monk who was friends with Rasputin until 1912, when they had a great falling out. After that, Iliodor wrote ‘The Holy Imp’, a book where he published the Empress’s letter, and it immediately became a viral news hit. Then, everybody thought Rasputin had slept with the Empress, because she wrote: “How weary I am without you. I only rest my soul when you, the teacher, are sitting next to me and I kiss your hands and lean my head on your blissful shoulders. <…> Then I wish all the same: to sleep, to sleep forever on your shoulders, in your arms.”

Historians are united in the opinion that the Empress really admired Grigory to the point of affection, because he was able to heal her son and calm down her own stressful conditions. But it was impossible that the Empress and Rasputin could even stay together alone without servants or witnesses – in the Winter Palace or elsewhere. Rasputin rarely visited the palaces and each of his visits was well documented. And, in general, the social chasm between a peasant and the Empress was too wide for them to have had even friendly relations, let alone any kind of intimacy.

Who demonized Rasputin and why? 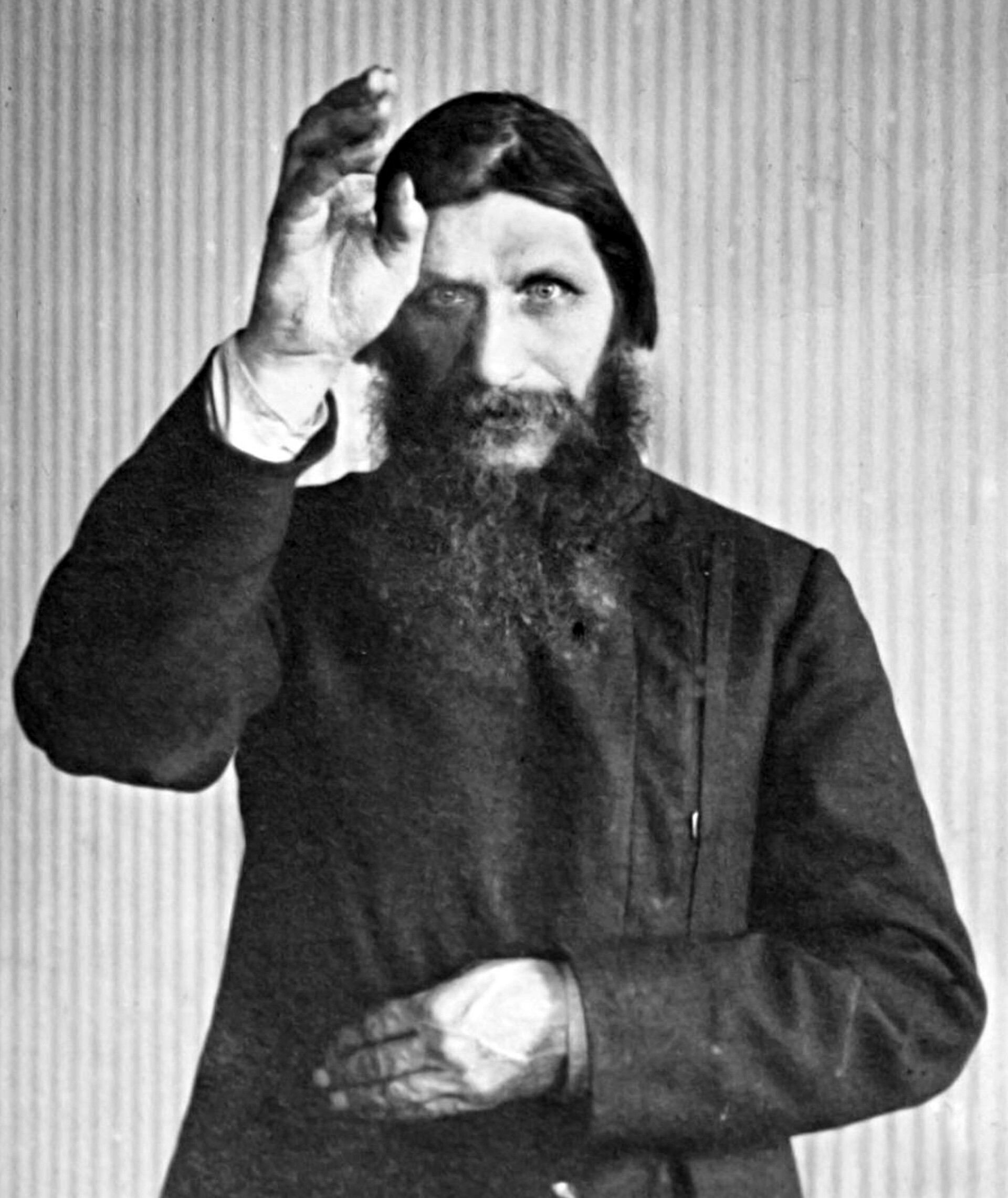 Grigory Rasputin with his right hand raised in a blessing.

Evgeny Botkin, the court physician for the Imperial family, who was killed alongside them in Yekaterinburg in 1918, wrote: “If Rasputin had not been there, then the opponents of the Royal Family and the organizers of the revolution would have created him with their gossip from Anna Vyrubova (a lady-in-waiting, the best friend and confidante of Tsarina Alexandra Fyodorovna – ed.), if not Vyrubova, from me, from whoever, you name it.”

Most of Rasputin’s critics and haters belonged to nobility. They were enraged that some muzhik, a peasant, a simpleton, could have come to such favor in the Imperial family. Rasputin himself, unfortunately, gave fuel to gossip, inventing stories about his influence at court. As historian Alexander Bokhanov wrote, Rasputin couldn’t really hide his pride. “Finding himself a welcome guest in chic apartments in the capital, having gained access to a life that he had not even suspected to exist, the Siberian preacher held on just for a little while. Soon, communication with the Tsars intoxicated the peasant nature. Rasputin began to think of himself as omnipotent, liked to impress people with stories about his influence and these narratives were passed from mouth to mouth.”

In 1909, the St. Petersburg secret police service claimed Rasputin was a “revolutionary”, but didn’t find any proof for this. Later the same year, the police established surveillance over Rasputin, but it was shut down by the order of the tsar. The surveillance was resumed in 1914, after a peasant woman named Khioniya Guseva tried to kill Rasputin by stabbing him – this time, the secret services were set to protect Rasputin. “Fearing that he is the target of malicious intentions of a nasty bunch of people, I instruct you to have relentless surveillance on this case and to protect him from the repetition of such attempts,” Nicholas II wrote to the Minister of Interior, Nikolay Maklakov.

For the last two years of Grigoriy’s life, the secret police tried to find anything that could really compromise him. “I have established a double control over Rasputin, I have hired all his household servants in his St. Petersburg apartment [as agents], set up a guard post on the street, I have bought a special car with agent drivers for Rasputin and a special high-speed carriage with an agent coachman,” Stepan Beletsky, the deputy minister of interior, later said. “Then all the persons who approached Rasputin or those close to him were found out… Further, the most careful observation and surveys of persons visiting Rasputin was established, although he and his relatives did not like it.” 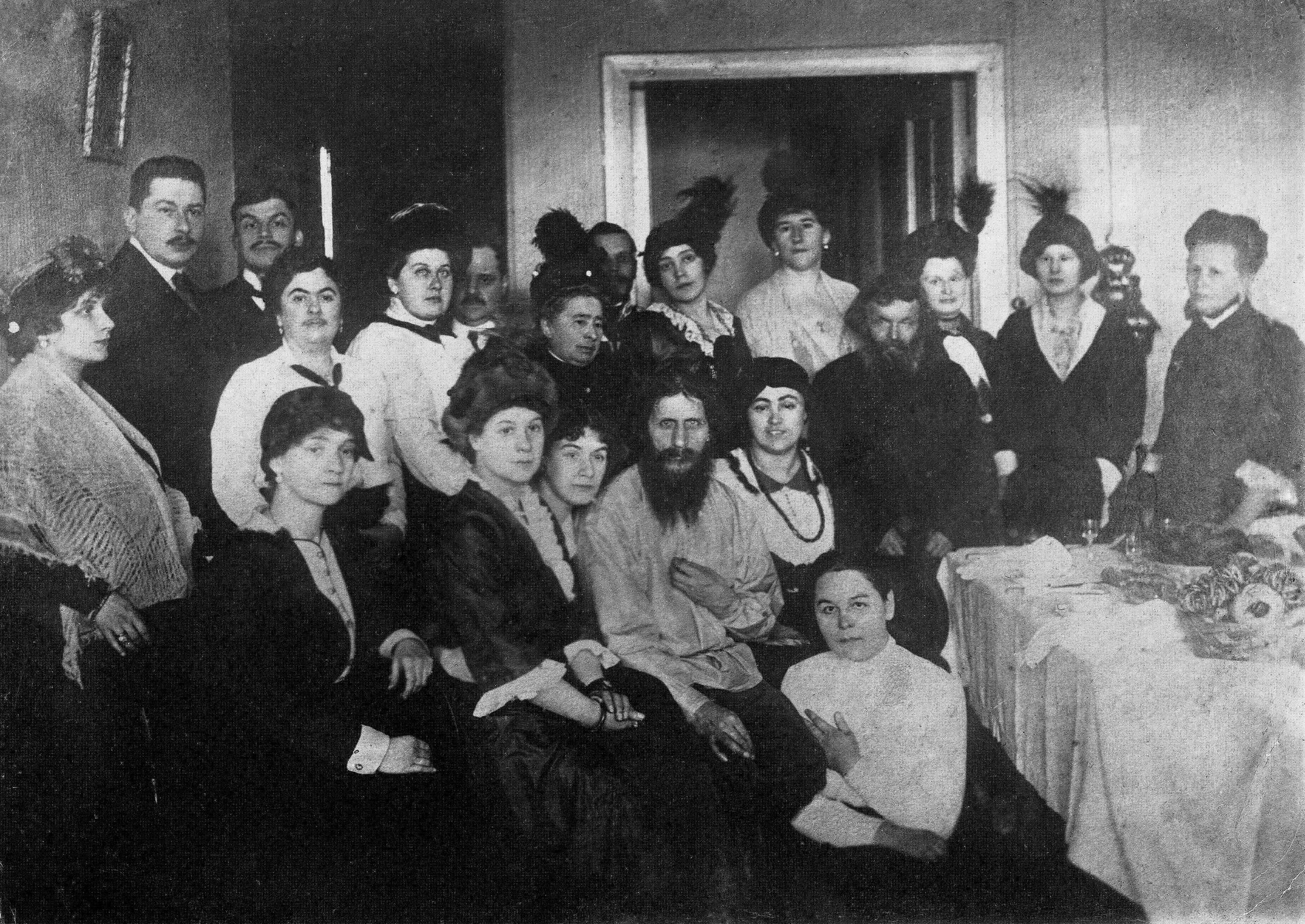 Grigory Rasputin at his home in St. Petersburg, surrounded by his admirers.

Surprisingly, all this surveillance still didn’t find anything really compromising about Grigoriy. At his worst, he was seen drunk (several times) and it was known he hosted “parties” in his apartment, when lots of people, including affectionate young women, would come to him and listen to his preaching. No orgies, underground sects, no connections to revolutionaries – nothing that could really compromise Rasputin’s image, was found out. Still, the doctors of the time were helpless, they didn’t know the nature of Tsarevich Alexey’s hemophilia and didn’t have cures for it, while Grigoriy continued to help the little heir with his hypnotic powers.

Eventually, as we know, Grigoriy Rasputin was murdered in St. Petersburg on December 16, 1916, and even a member of the Imperial Family, Grand Duke Dmitri Pavlovich, was involved.

The heir, little Alexey, was devastated after Grigoriy’s death. Sergey Fedorov, another court physician, remembered the heir saying: “There are no more saints now! There was a saint – Grigory, but they murdered him. Now, they heal me and they pray, but there is no use. And Grigoriy, he used to bring me an apple, pat me on the sore spot and I immediately felt better…”