How the St. Petersburg Winter Palace turned into hospital during WWI (PHOTOS) 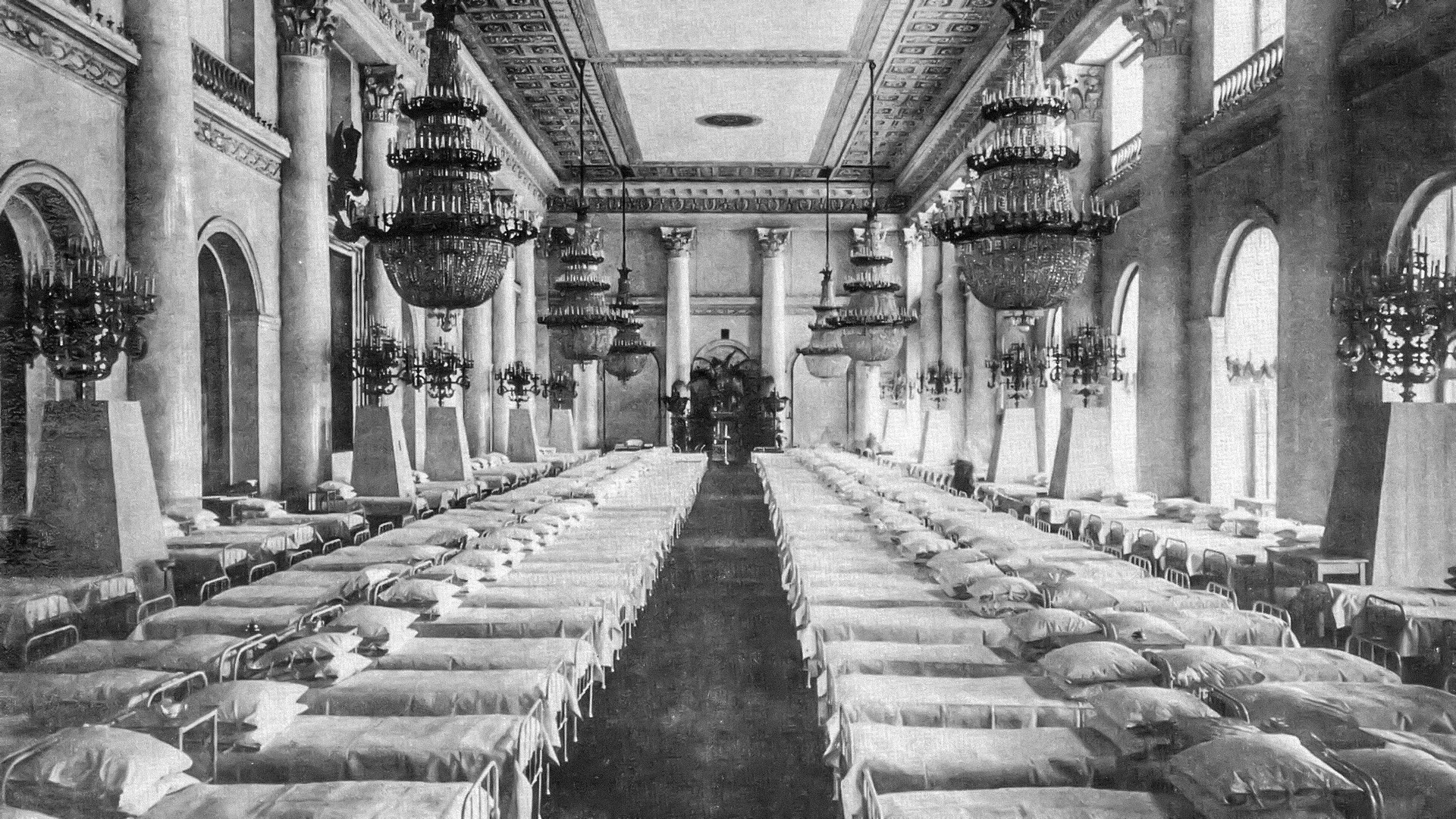 Public domain
Nicholas II and his family allowed the palace to be converted into a large infirmary. Below are some photos of the royal halls for balls and receptions stacked with beds with the wounded.

World War I was one of the most difficult struggles of the Russian Empire and one of the reasons for its fall and the subsequent revolution. The country faced huge losses and the Romanov family was actively helping the frontline’s needs, while the Empress and Princesses joined the Red Cross and were nursing the wounded soldiers.

The country lacked medical care and hospitals, so Nicholas II ordered the official tsar residence, the Winter Palace, be turned into one (He and his family had been living in Tsarskoye Selo outside the city since 1904). The hospital was named after Tsarevich Alexei Nikolaevich and was opened in 1915 and up to the 1917 October Revolution, when it was closed by the Bolsheviks, who transferred the patients to other clinics.

About six ceremonial halls were used as hospital wards, while special places were assigned for post-operative treatment and bandaging. The Winter Garden was used for the bathrooms and showers. The Gallery of the 1812 War served for the linen storage and as an X-ray room. 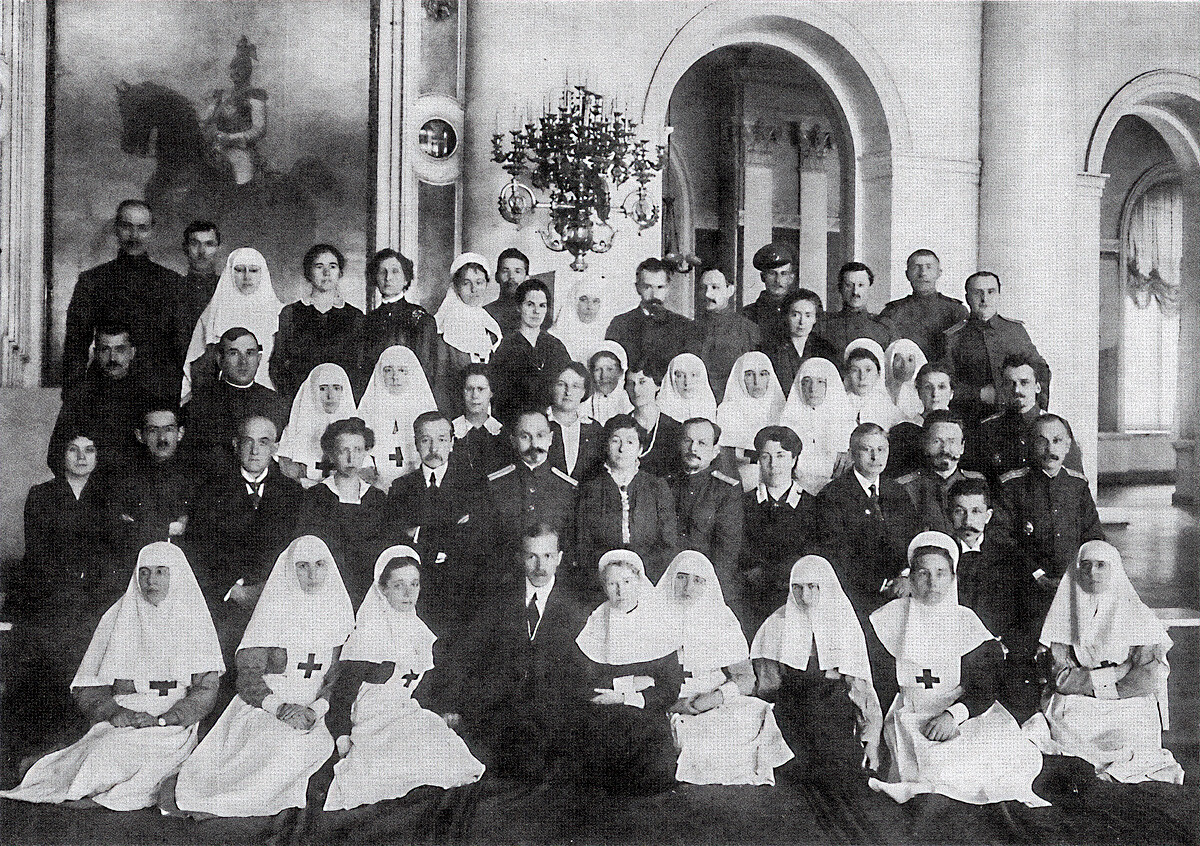 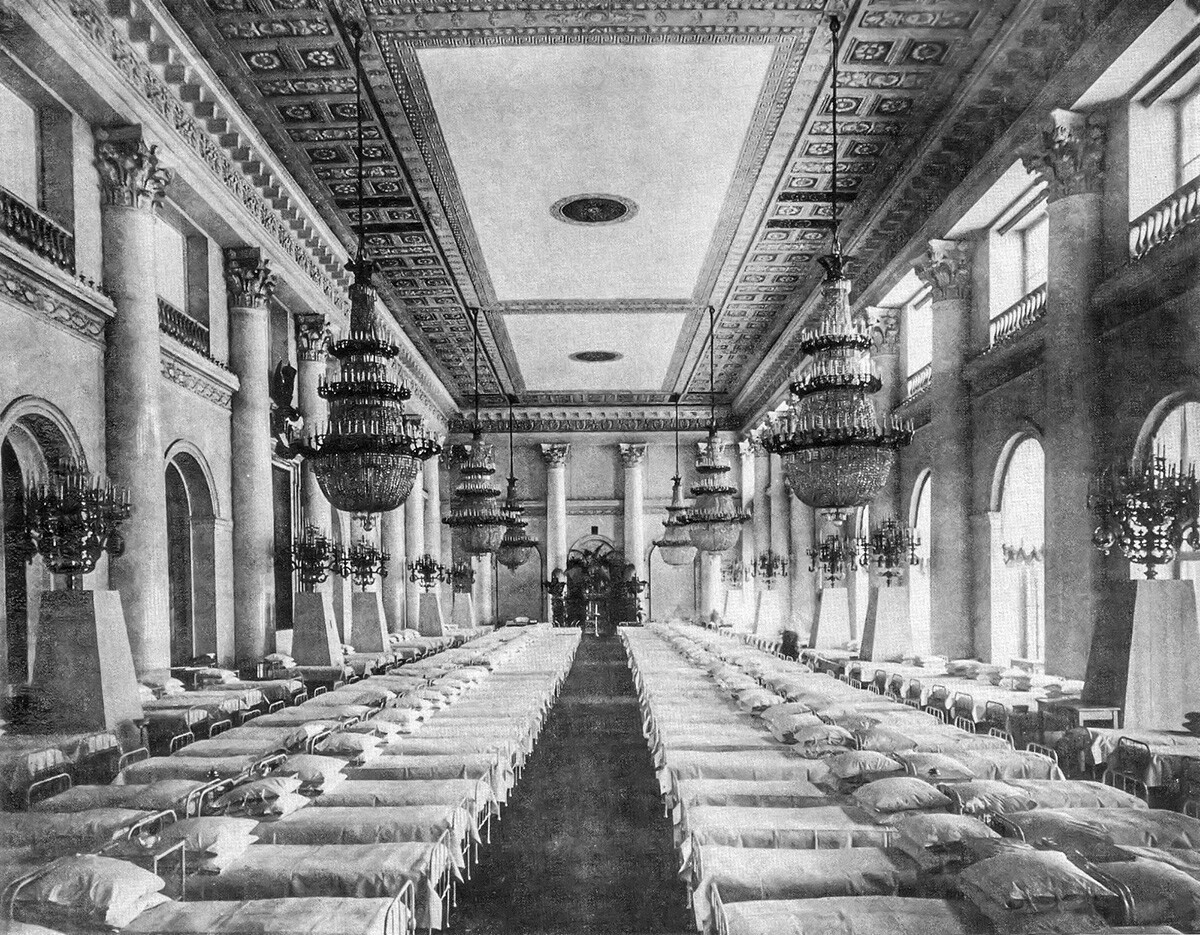 The wounded lying in the Fieldmarshal’s Hall 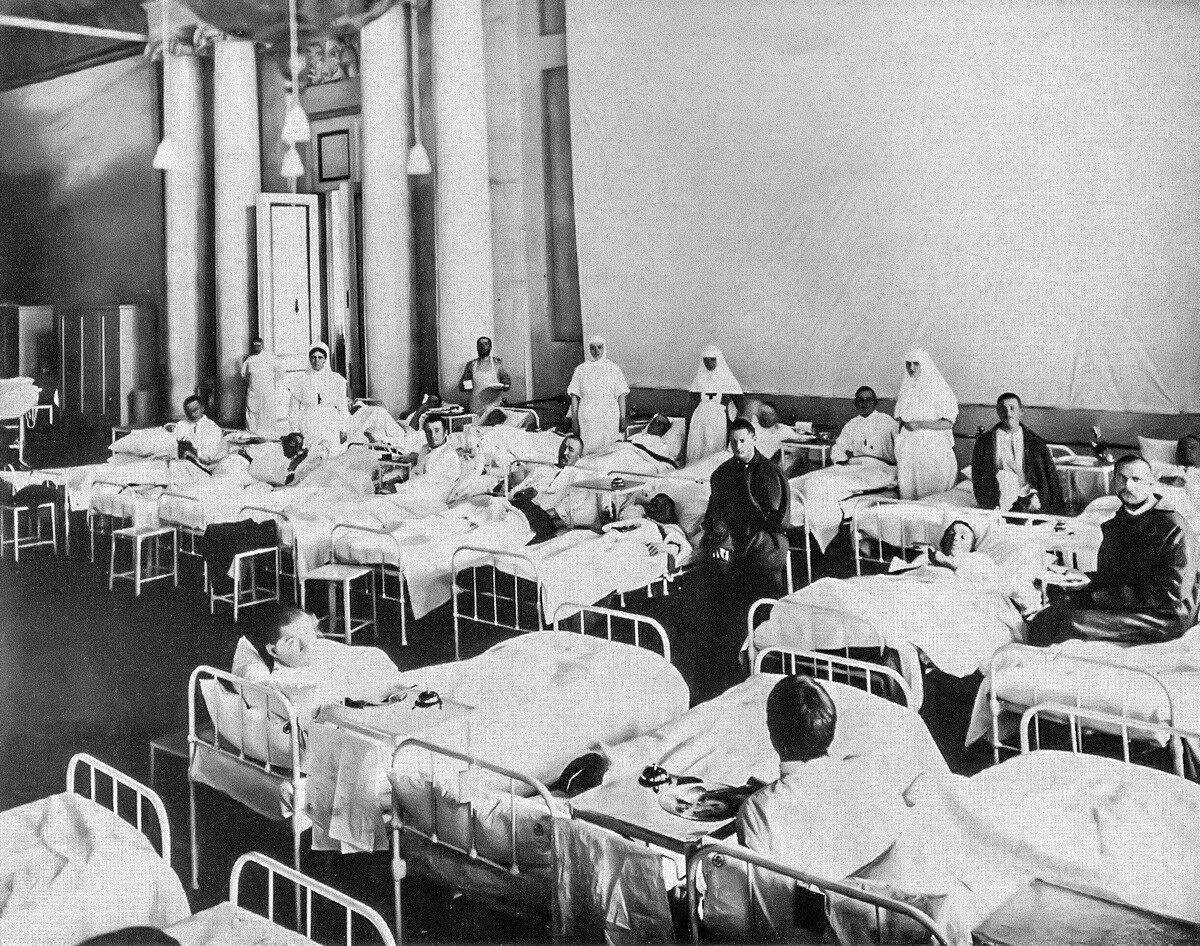 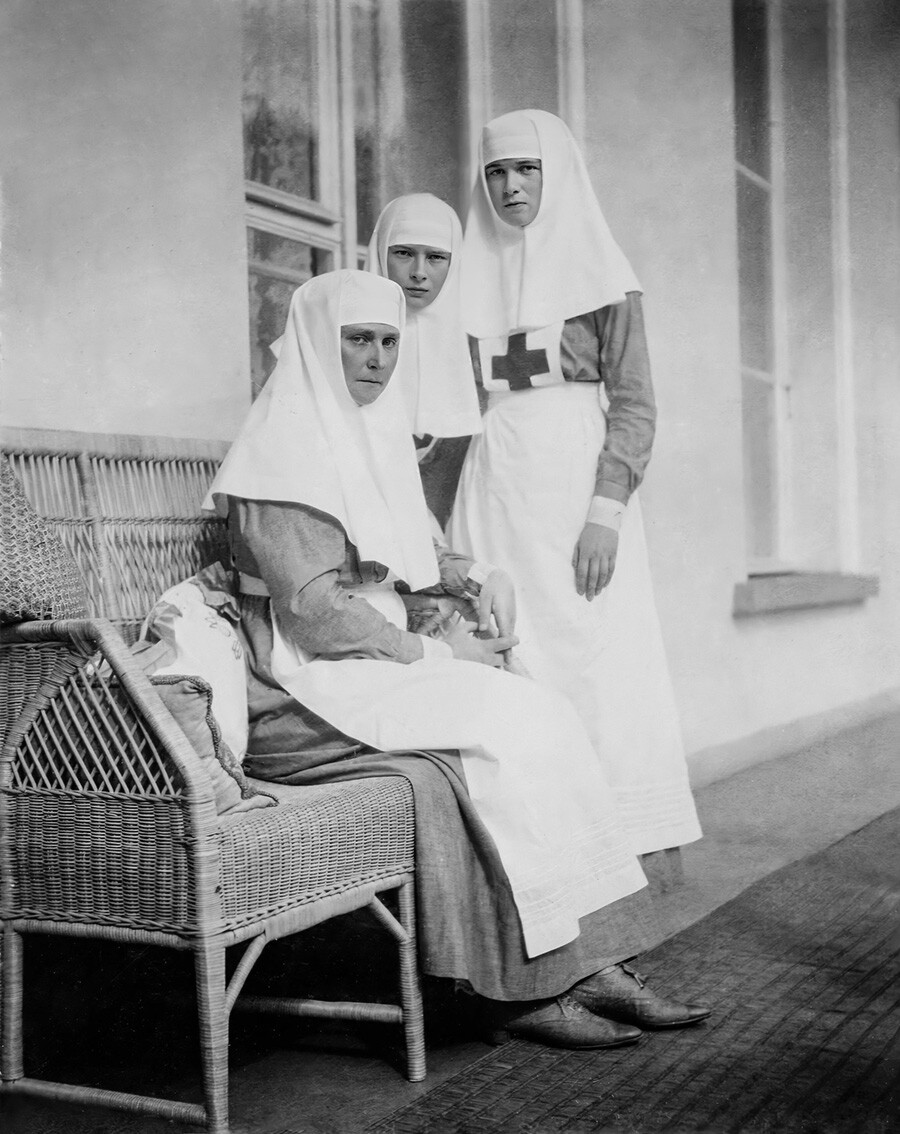 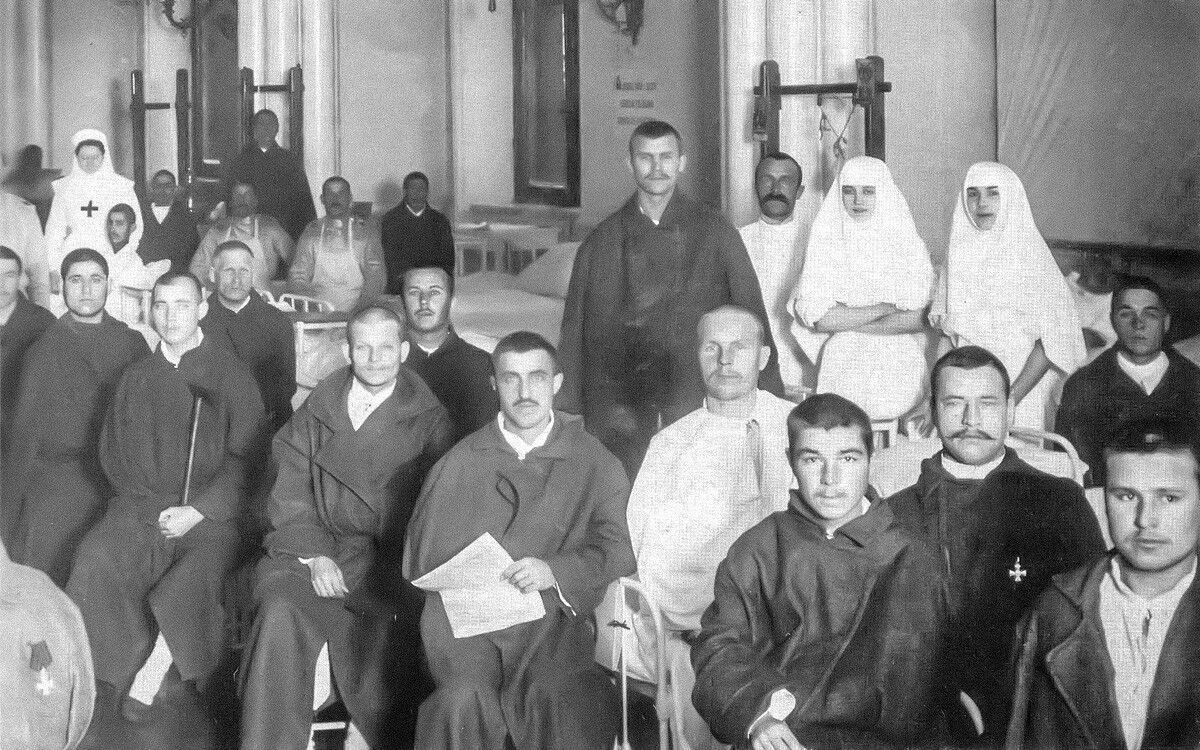 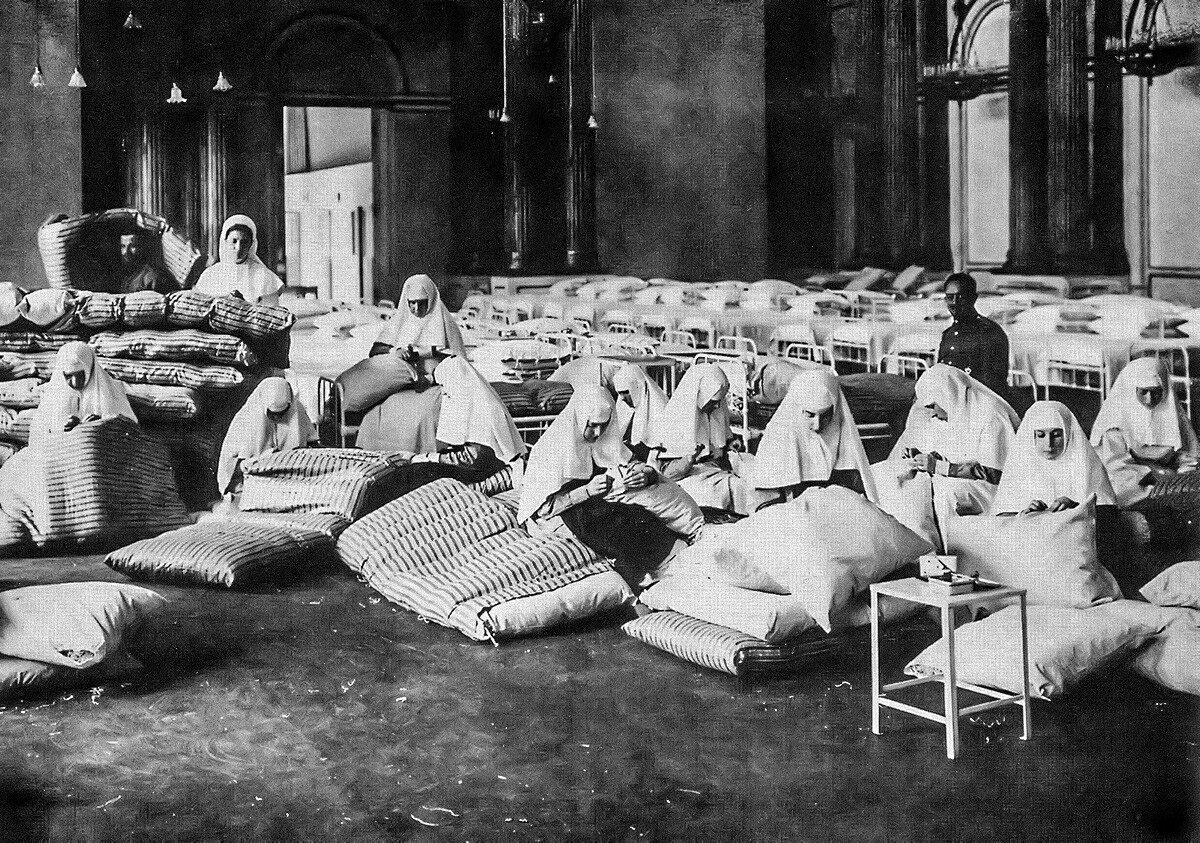 Sisters of Mercy pictured standing on the Jordan Stairs 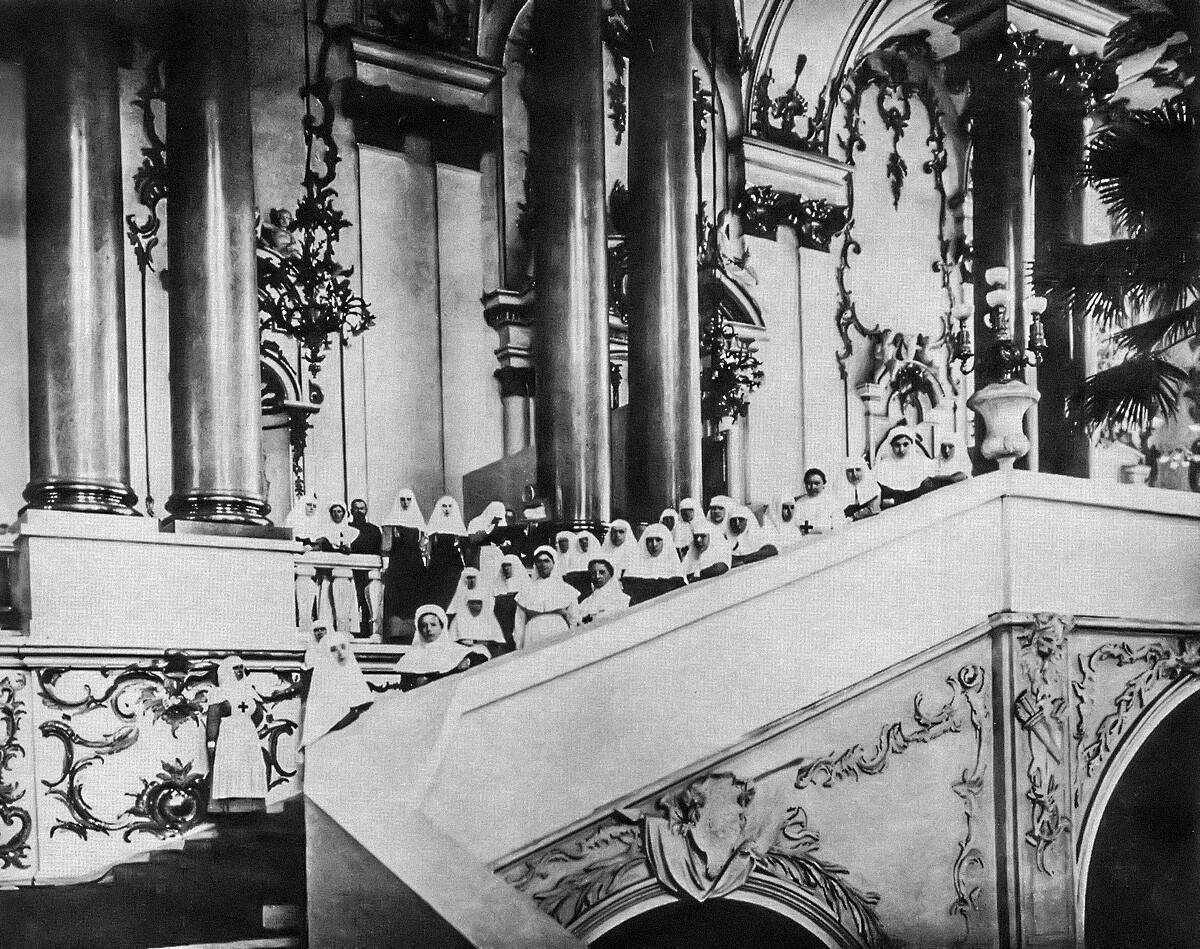 Doctors and nurses posing in the palace 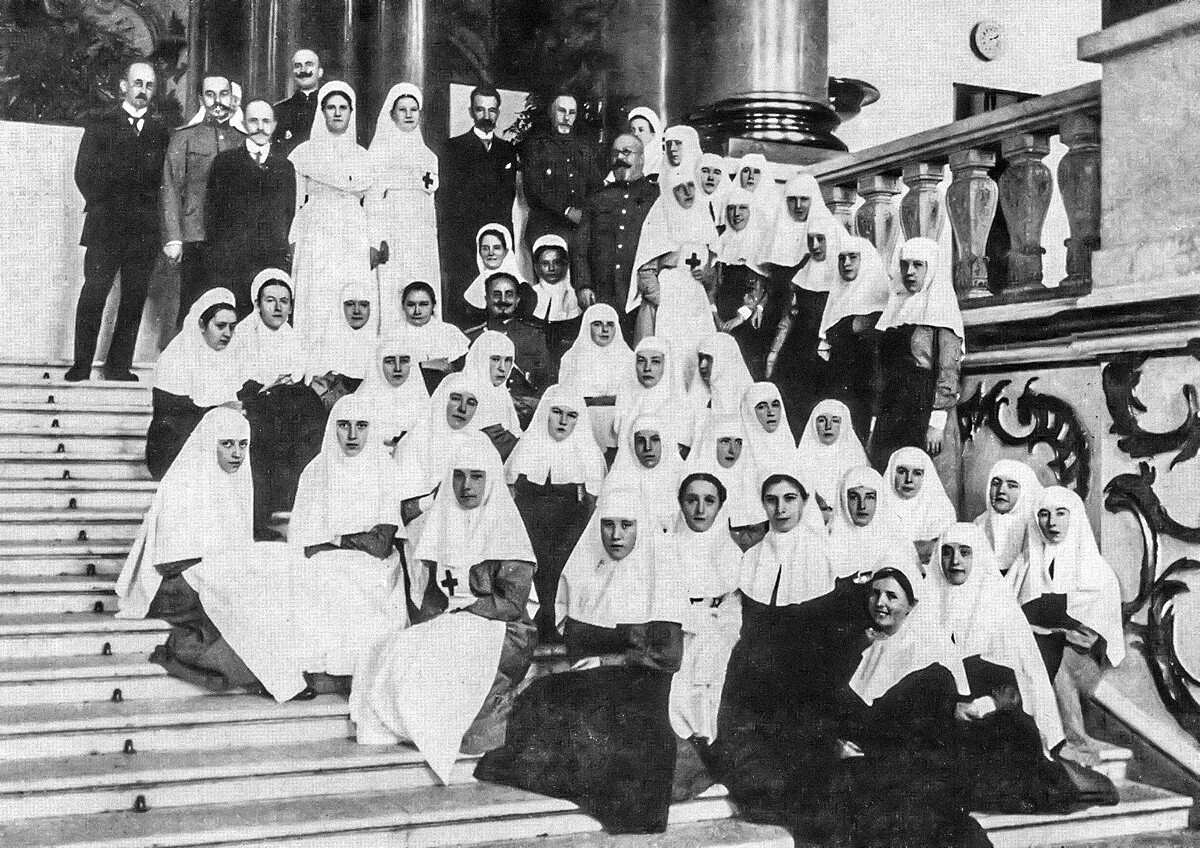 The Eastern Gallery of the palace 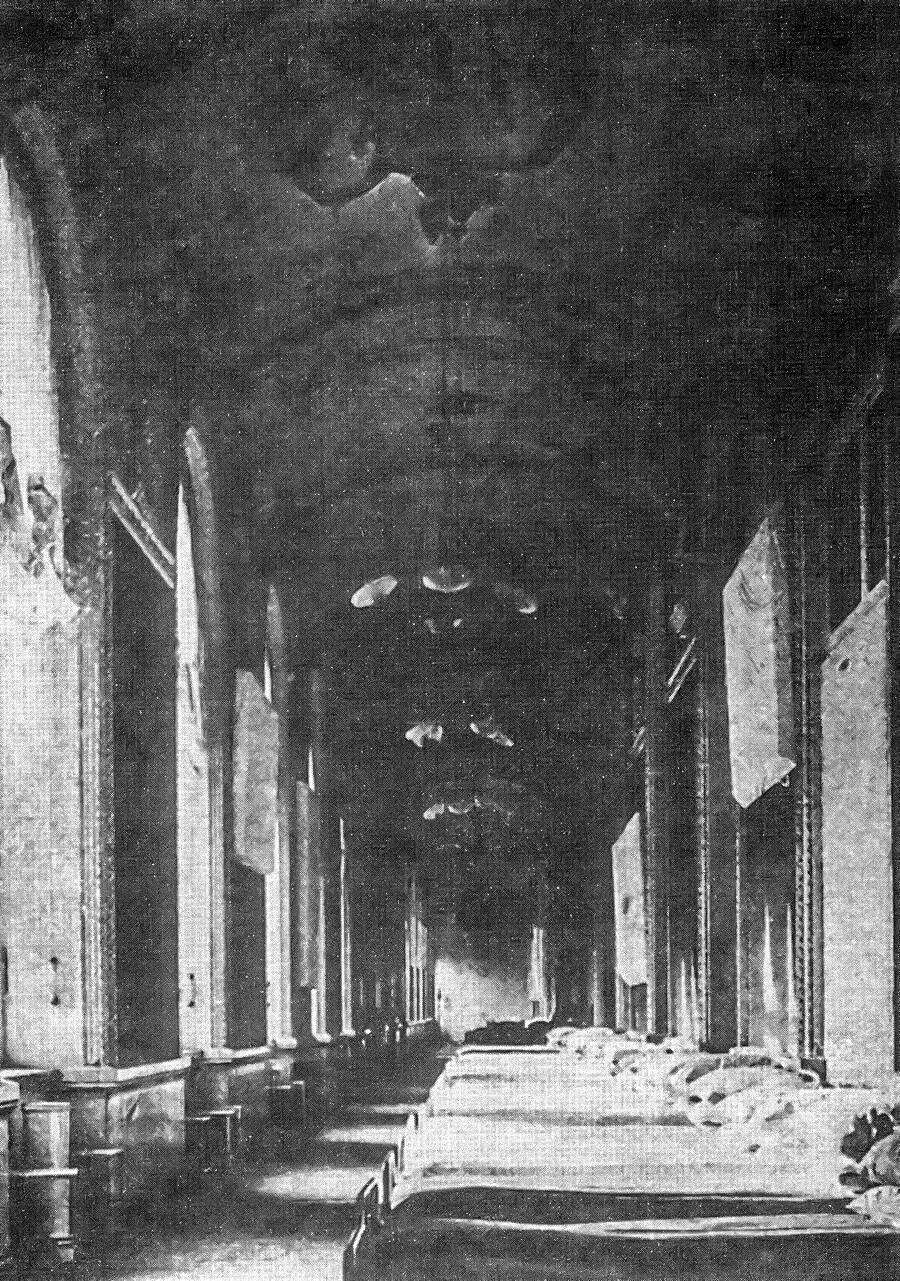 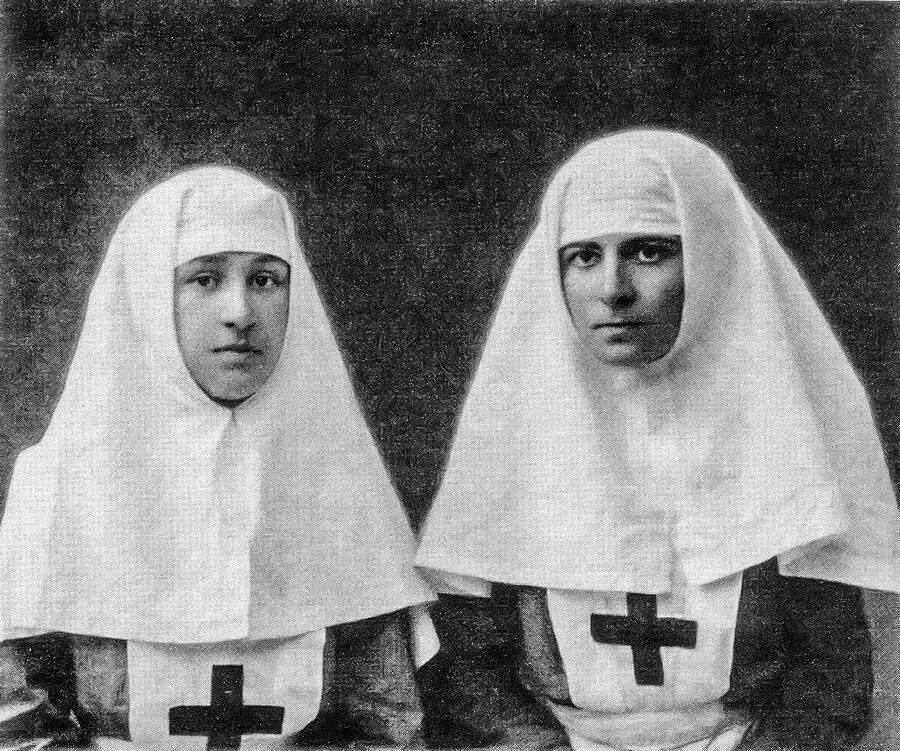 The bandaging room in the Fieldmarshal’s Hall 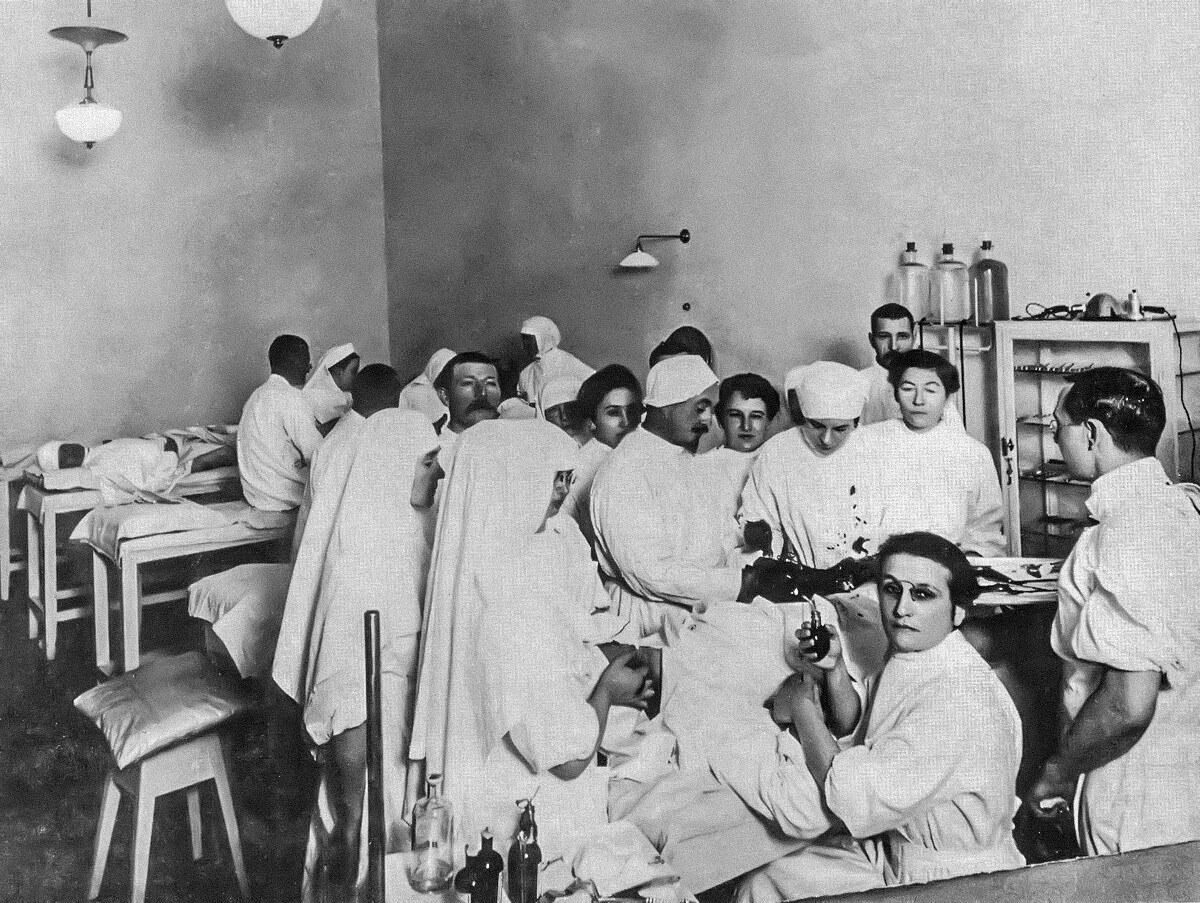 Doctor I. A.Tikhomirov putting a cast on a patient 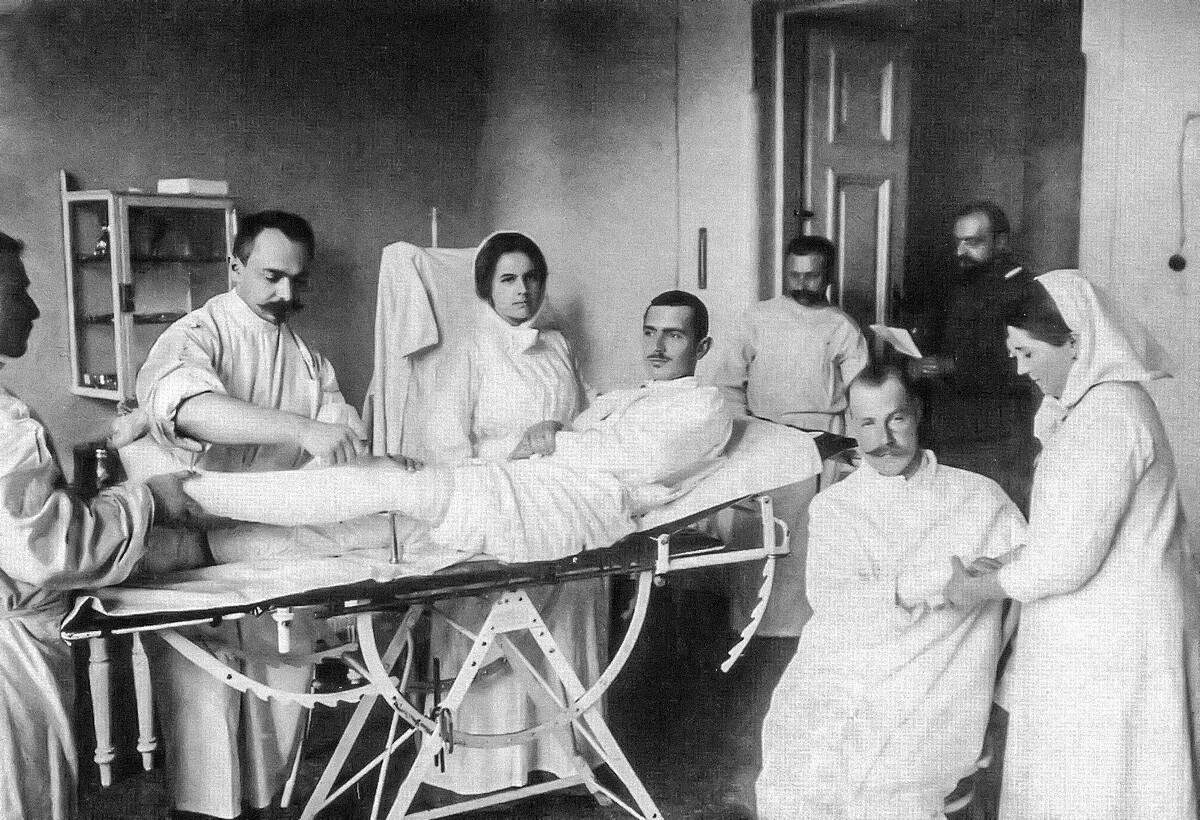 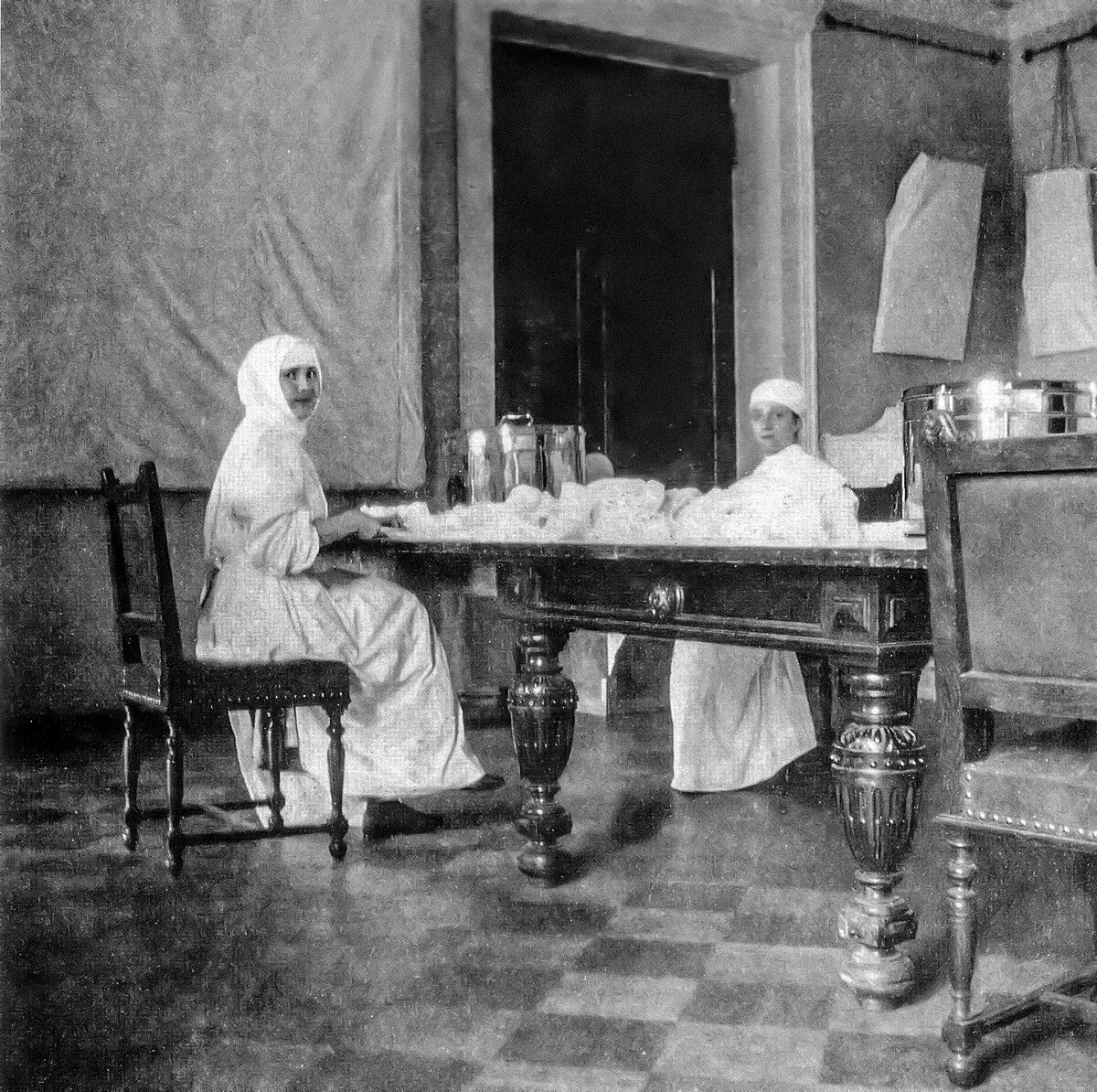 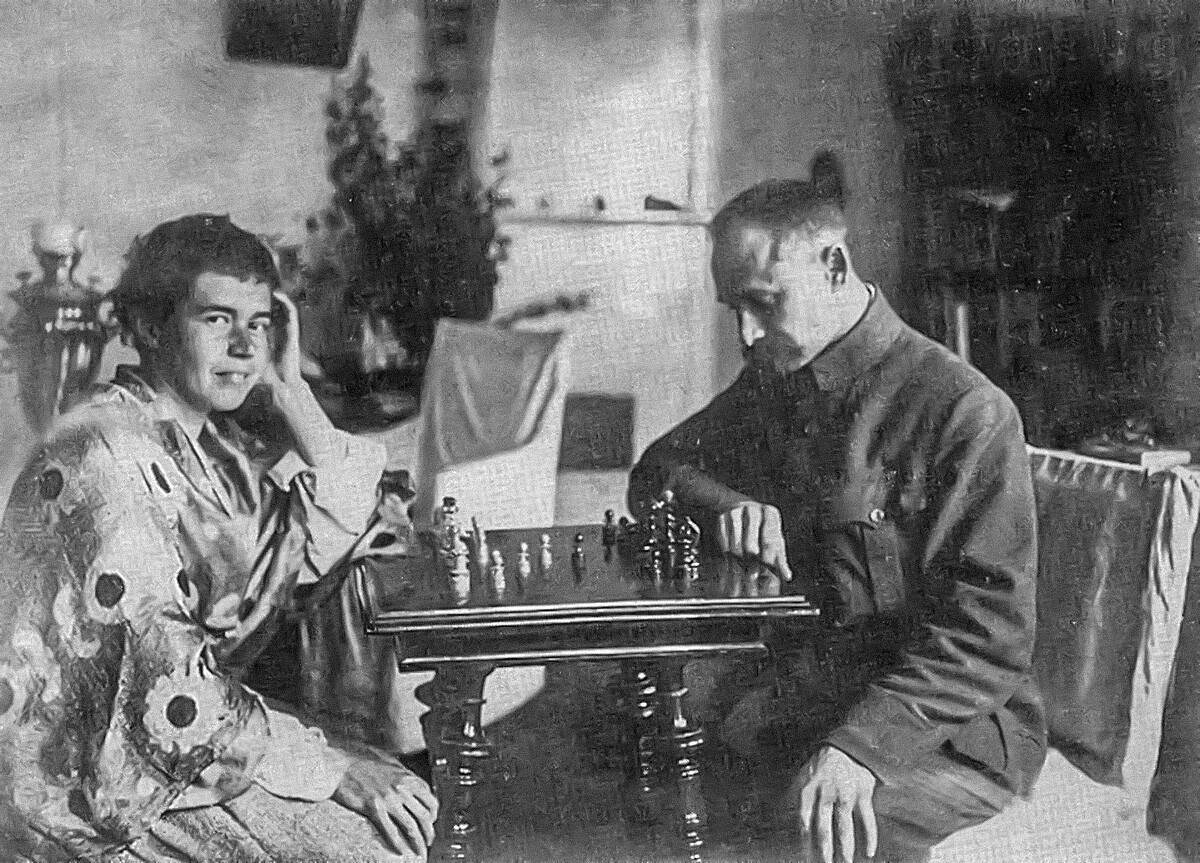 Wounded lying in the Armorial hall 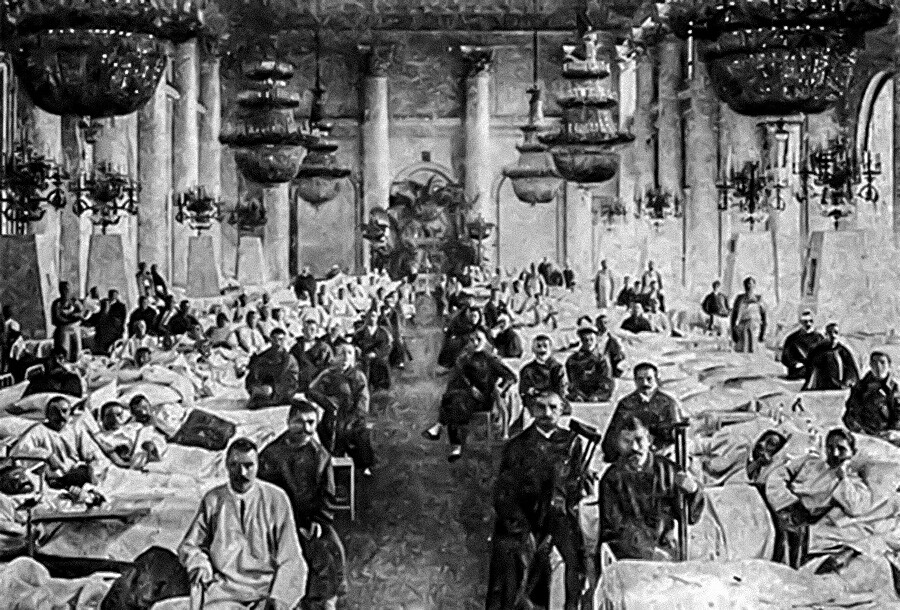