These are the rarest and most expensive Soviet-era badges (PHOTOS) 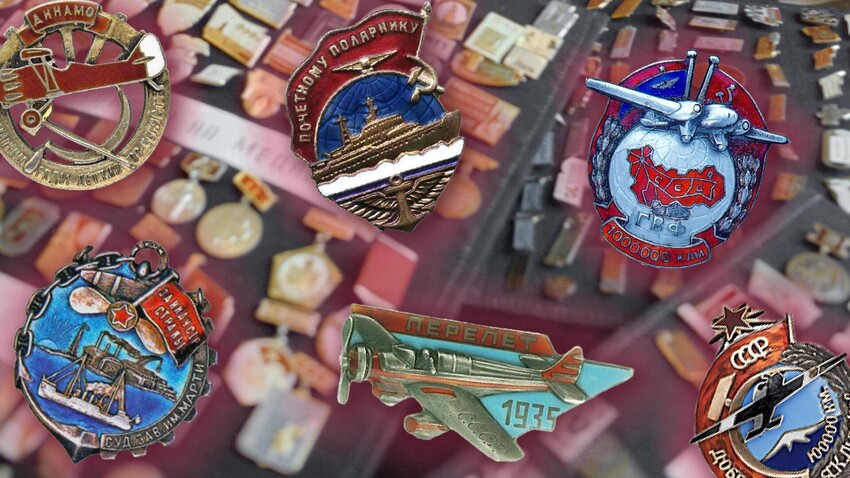 Russia Beyond (Nikolai Nokitin / TASS, Public Domain)
Some of these badges are one of a kind, and were made with precious metals. To this day, collectors from around the world hunt for them and other rare Soviet paraphernalia.

Many Soviet citizens were avid collectors. They were into all sorts of things, from postal stamps to old coins, postcards, and so on. But perhaps the most popular of all collectible items were badges. There were the souvenir kind - with various Soviet landmarks etched onto them, or, sometimes anniversary ones that commemorated important events such as the 80th anniversary of the Baikonur cosmodrome, or simply badges honoring various communist ideals having to do with labor and progress. 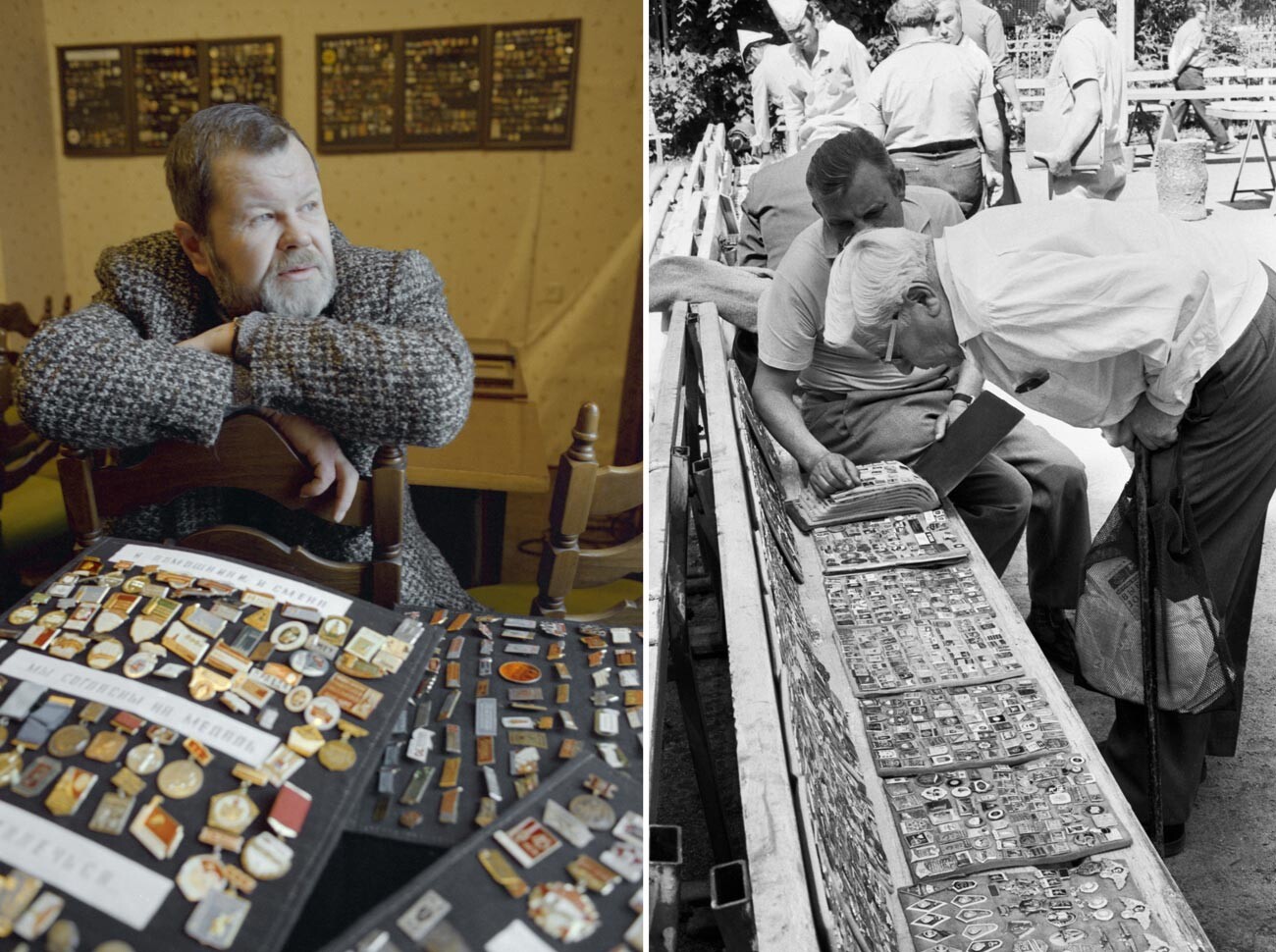 Left: A journalist from Samara with his collection of badges devoted to media. Right: A meeting of collectors at one Leningrad park.

By the mid-1970s, any collection of badges began to be referred to separately as phaleristics. Collectors were seen at special exhibitions where they traded their collectible badges and bought new ones. The most precious ones were always the pre-war trophy ones, made of silver and gold. Their price at auctions could reach tens of thousands of dollars. 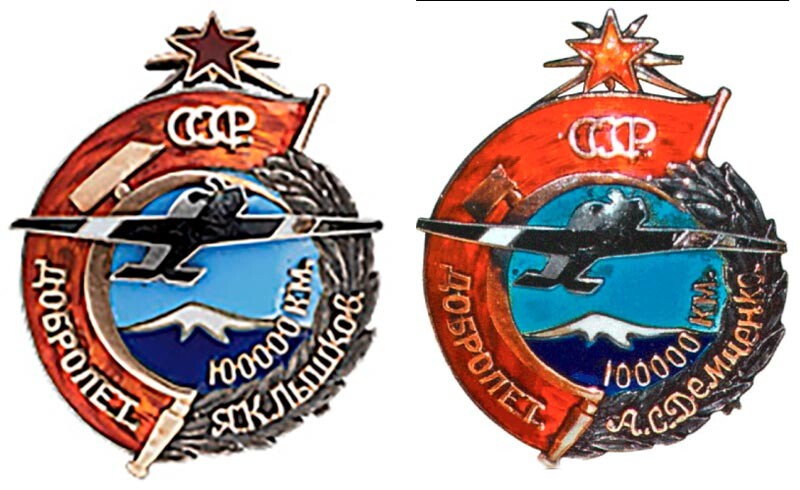 Dobrolet was the predecessor to Aeroflot - the biggest Russian airline. In the period 1923-1930, the air freight and passenger company’s aim was to develop civilian aviation. It had several badges, all of which were intended for pilots. The rarest and most expensive of the bunch was one given out for covering more than 100,000 square kilometers. It was made with silver and gold, specifically for Yakov Lyshkov (1903-1944). It sold for 2.2 million rubles ($30,000 at the time) at auction in 2019.

If you happen to find any of its copies, be aware that they are worth about a thousand times less than the original.

There’s also another name badge - that of pilot Aleksandr Demchenko, which was stolen in 2003 from a private collection, and never recovered. 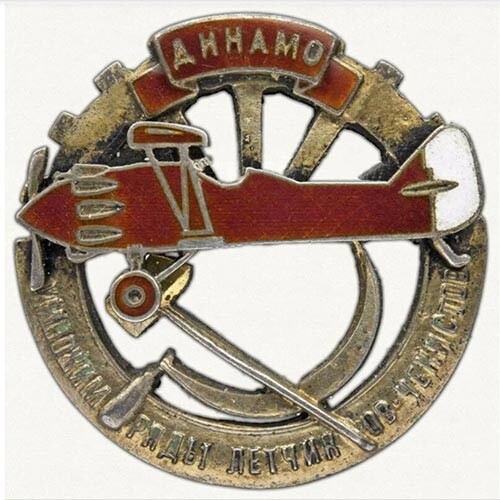 The most expensive Soviet-era badges usually belong to the aviation sector. A bronze badge with the inscription “Let Us Add To the Ranks of Chekist Pilots” was distributed in 1932-1934 when the Leningrad-based Dinamo flight club trained border-guard commanders (the school closed in 1934). Only 30 were ever given out, but only one copy has survived to today - No. 20 (apparently issued in 1933). It was auctioned off for 2.2 million rubles ($30,000) in 2016. 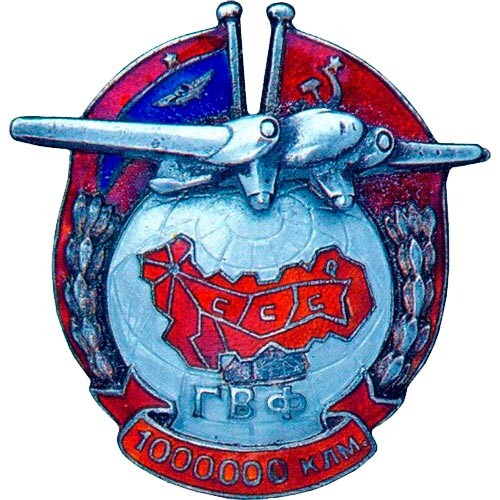 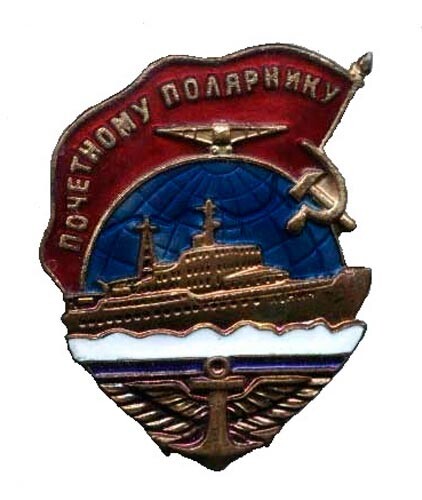 This badge was given to polar explorers in 1938. The first batch was made of silver, before production switched to bronze. The highest valued among the series featured the image of the icebreaker “J. Stalin” (after 1957, it was changed to “V. Lenin”) and a long-haul plane in the background. The badge was acquired for 1.15 million rubles ($15,000) in 2019. 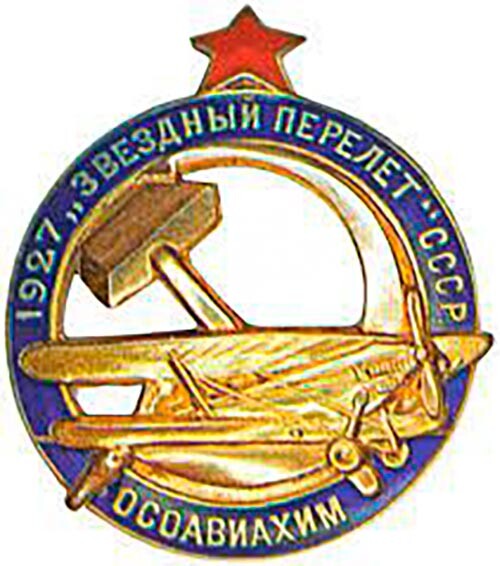 This ‘OSOAVIAKHIM’ badge, dating to 1927, was sold at auction for one million rubles ($13,000). The above abbreviation stands for the Society For Assisting Defense, Aviation and Chemical Construction - one of the first volunteer organizations in the USSR. In the several years of its existence, the organization staged a number of campaign events for the promotion of aviation construction as a career choice, and badges were given out. On June 18, 1927, the so-called “star voyage” took place: 12 airplanes from 12 different cities all flew to Moscow. They were piloted by young flight school graduates. All received silver and gold badges to commemorate the historical event. 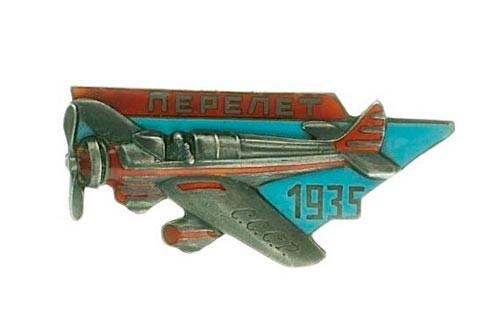 Another rare badge in honor of a mass flight event was auctioned off in 2009, selling for a whopping one million rubles (similar badges can also be acquired for slightly less - around $10,000). The flight in 1935 followed a route from Moscow to the Ural region and back, through the Volga region and Ukrainian SSR. A total of 34 planes took part, with 16 stops planned throughout the route. 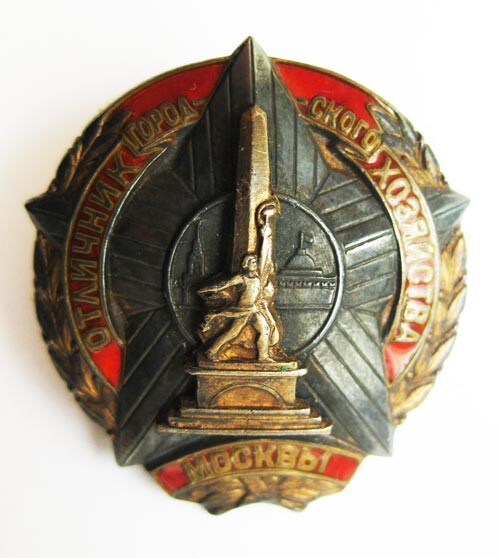 These badges were given for excellent work in the field of Moscow communal services, and were first awarded in 1940. However, only a trial run was produced before the World War II began, so there are very few of them circulating today. Experts value each at $6,000, however, you’re very unlikely to encounter one. The badge is made of silver and goldust and additional enamel. The front side features a monument to the collective farm man and woman, with the Kremlin as a backdrop. In 1944, a similar badge appeared - this time for “urban farming”, also made of silver; although it was valued at 10 times less. 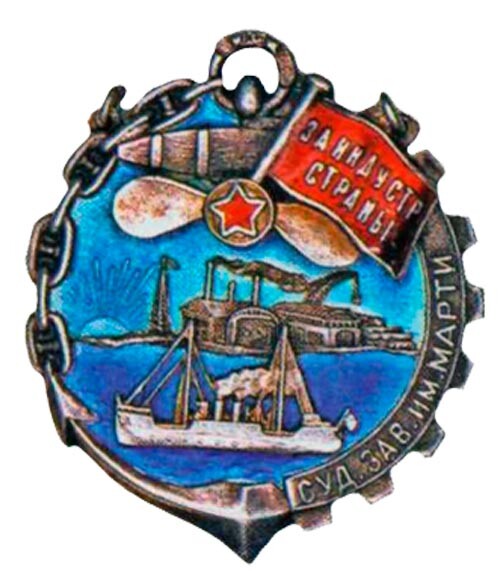 During the period of industrialization (1929-1941), when the USSR was actively modernizing, a gigantic leap forward was made for the country’s economy, which went from an agrarian past into an industrial future. For anyone showing excellent results working at the factory, badges that read “For the Industrialization of the Country” were awarded. First issued in 1929, they were made with silver enamel and considered a prestigious award. Today, the majority of the badges remaining in circulation can only be found in Russia’s museum. However, some can be spotted at auction and since they are so rare they can fetch anywhere between 400,000-600,000 rubles ($5,000-$7,000), depending on the condition. This was the case for the badge that honored the Andre Marti Factory (the Soviet-era name for the old St. Petersburg Admiralty Shipyard).