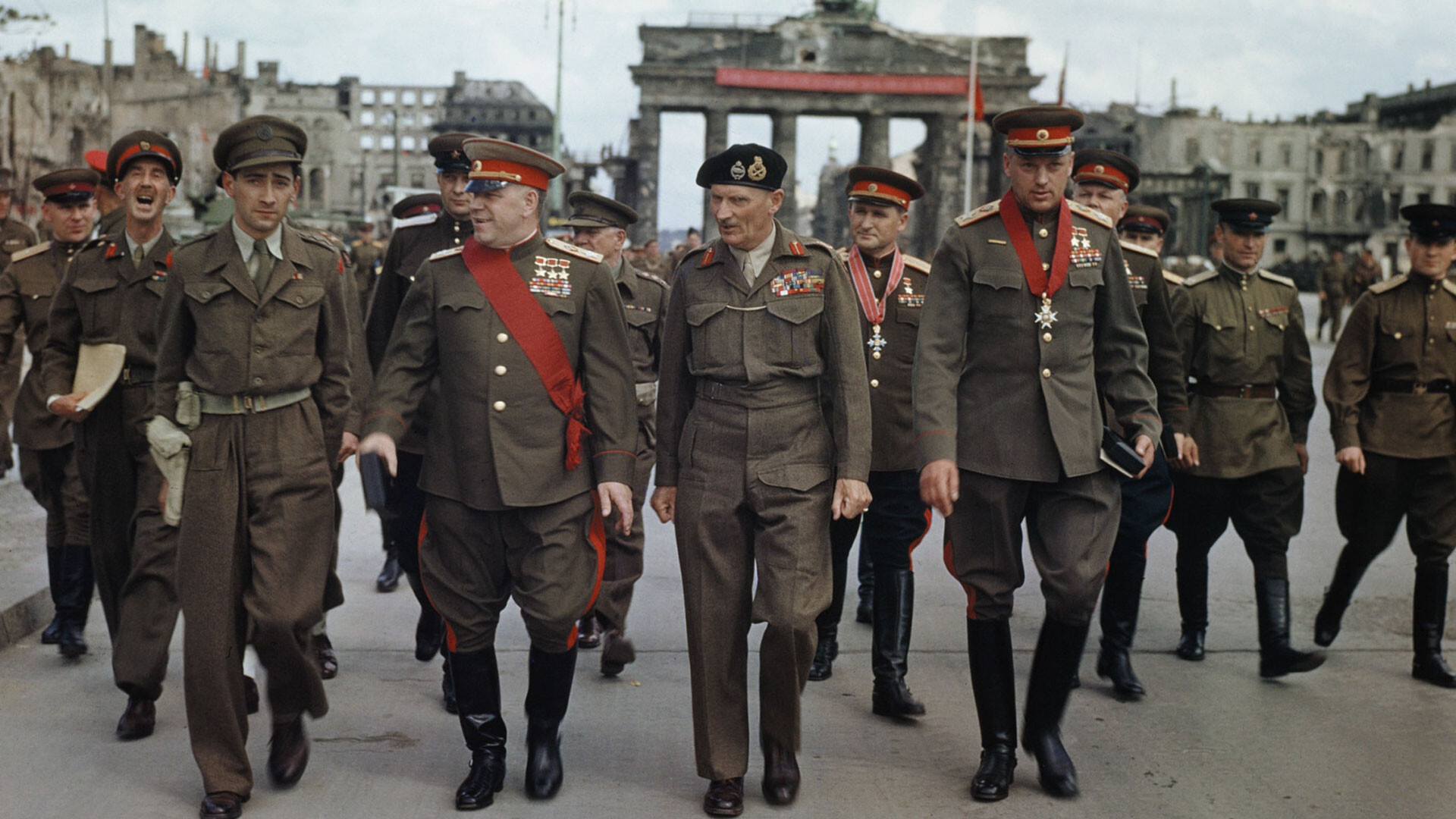 Galerie Bilderwelt/Getty Images
The most impressive award was always considered to be the British Most Honorable Order of the Bath. Field Marshal Montgomery personally awarded it to Marshal Zhukov at the destroyed Reichstag.

Hundreds of Soviet servicemen - from ordinary privates to marshals - were decorated with American, British and French military awards during World War II. 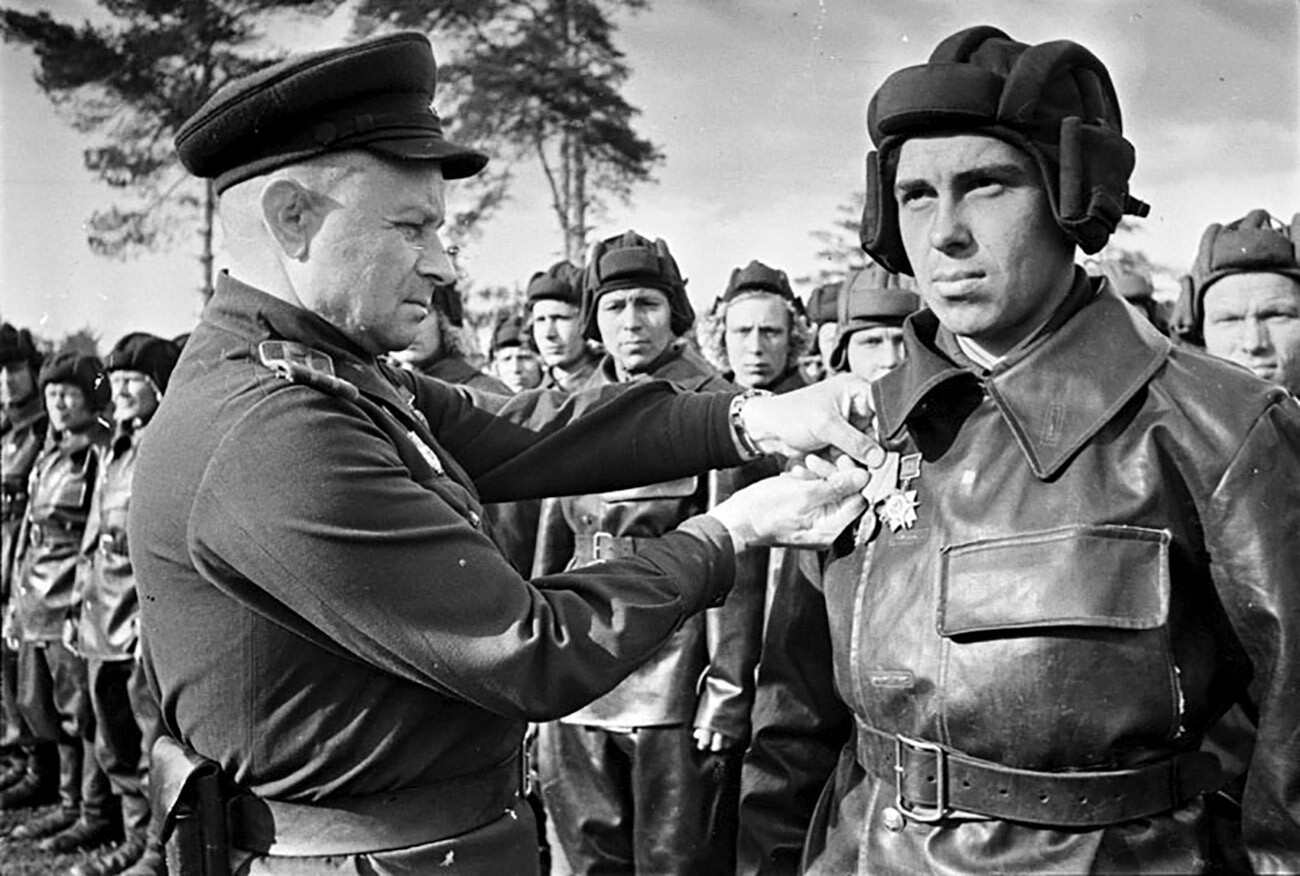 Four pilots of the Northern Fleet, among whom was the famous twice Hero of the Soviet Union ace Lieutenant colonel Boris Safonov, were the first to be decorated. On March 19, 1942, directly at the base of the fleet in Polarny, the head of the British military mission in the USSR, Lieutenant general Frank Mason-McFarlane handed them the Distinguished Flying Cross. 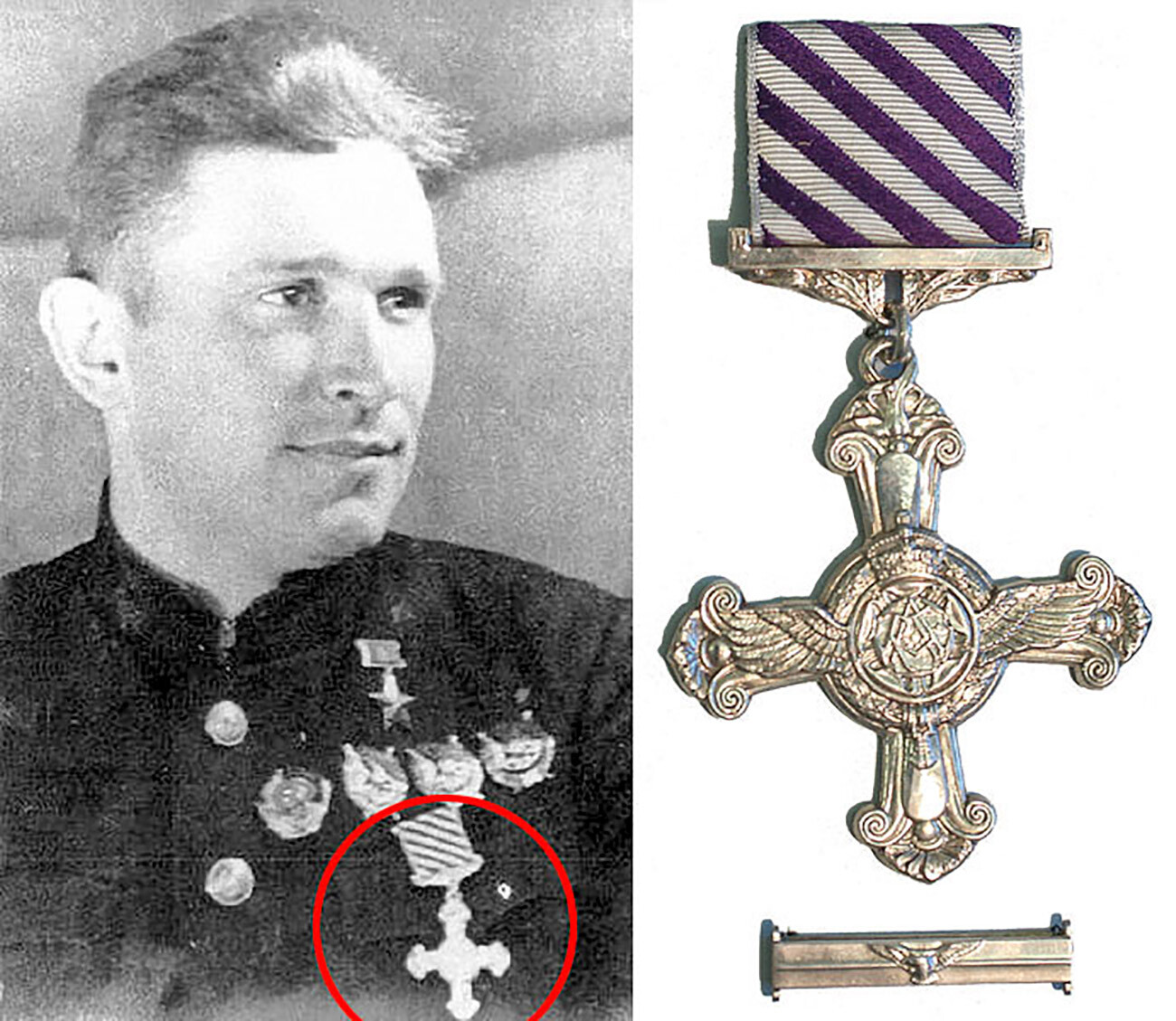 The Americans held their first award much later, on the two-year anniversary of the German attack on the USSR on June 22, 1943. The U.S. Embassy gave to Commissar (Minister) of Foreign Affairs Vyacheslav Molotov 59 crosses, orders and medals, despite the fact that none of the awardees were in Moscow at that time. All of them were fighting at the fronts at that time. 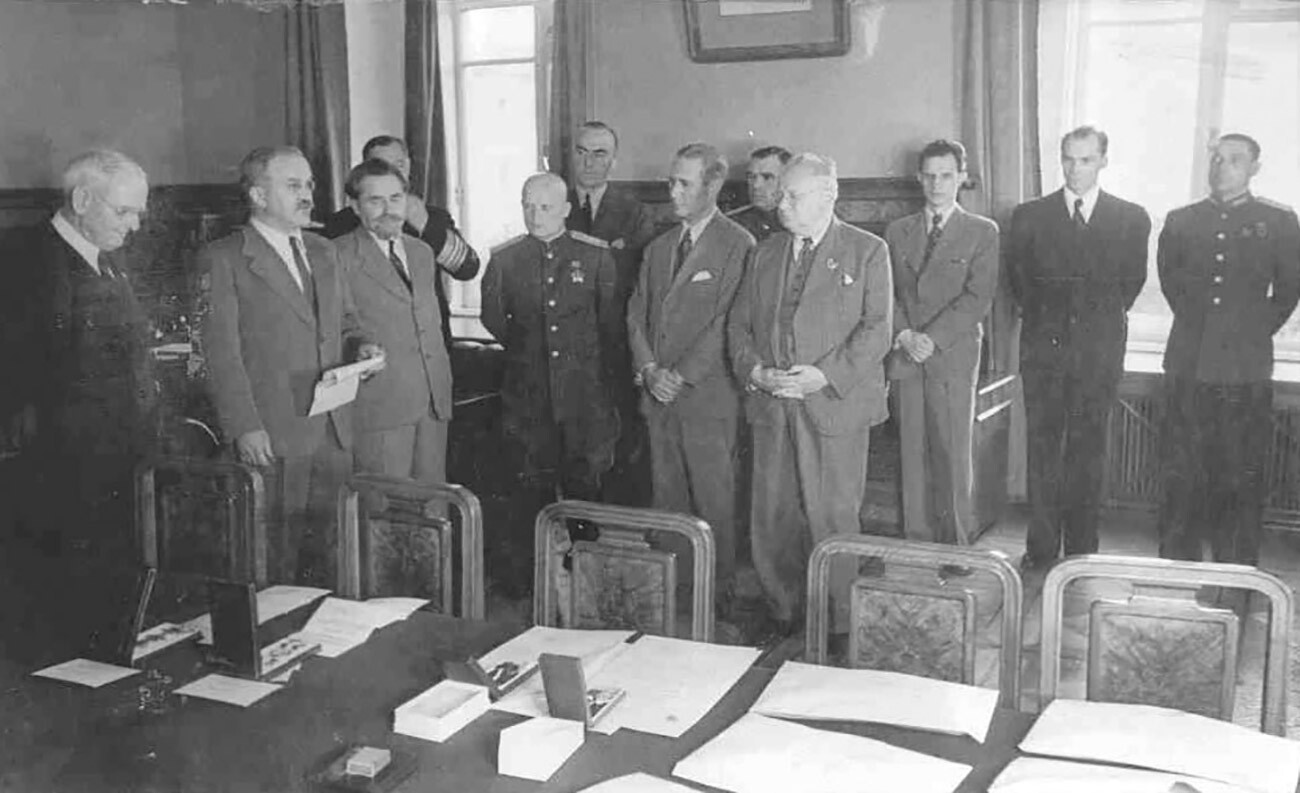 Molotov during the military award ceremony.

Archive of the Foreign Policy of the Russian Federation

The Allies had at their disposal a wide range of decorations, with which they willingly recognized brave Soviet soldiers: the American Distinguished Service Cross, the Silver and Bronze Stars, the Army and Navy Distinguished Service Medals, the Legion of Merit, the Order of the British Empire and others. Somewhat later, the French joined the awarding of the Red Army. In 1944, Marshal Alexander Vasilevsky was awarded the Military Cross and, after the war, the Legion of Honor, 2nd class, was awarded to Marshal Ivan Konev. 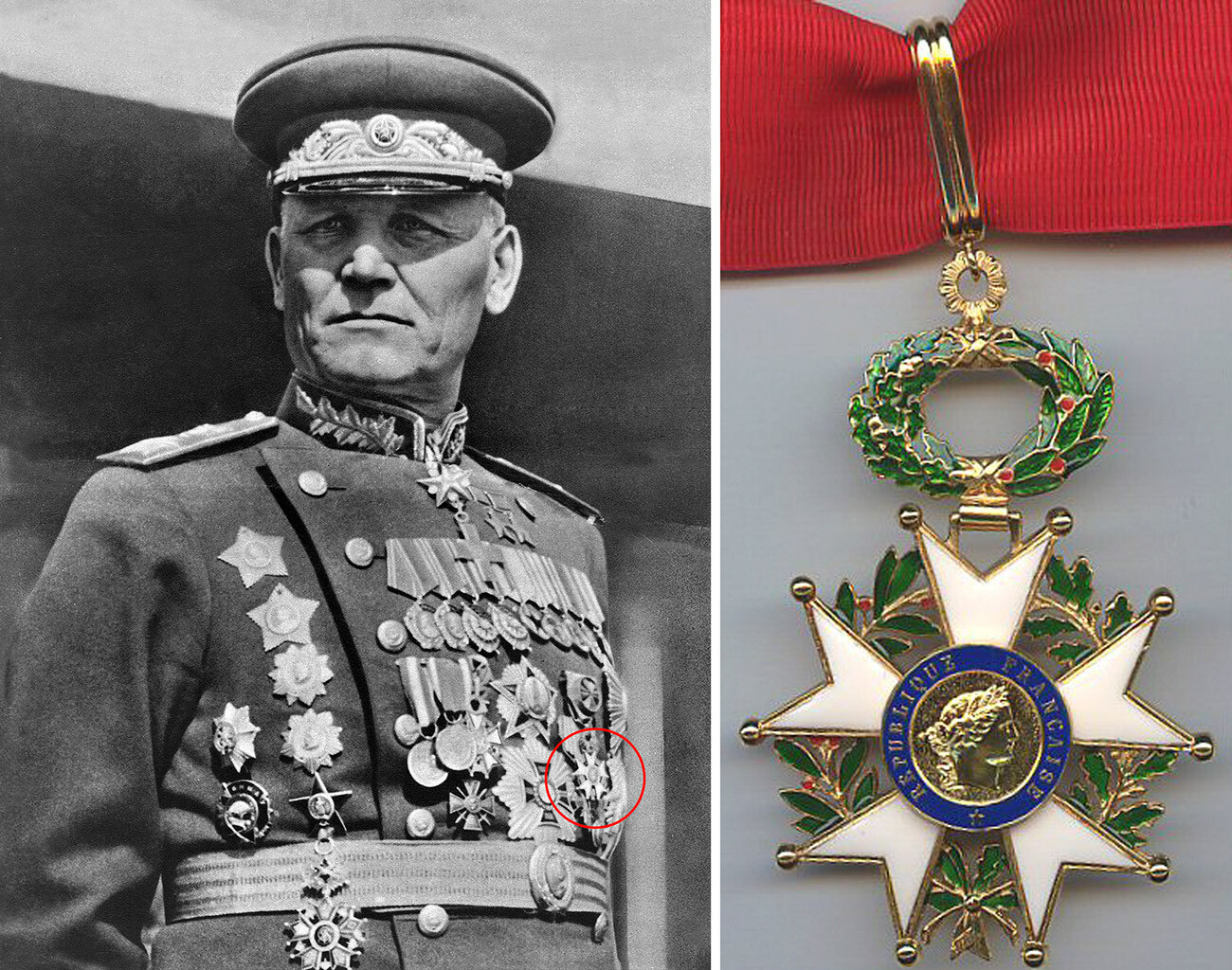 The Ministry of Defense of the Russian Federation; Fdutil (CC BY-SA 3.0)

Of course, the Western Allies did not know all the circumstances of the exploits and merits of the Red Army soldiers (if it did not apply to prominent military leaders). Most often, they simply informed the Soviets of their desire to award a certain number of medals and crosses, after which the Soviets began to look for worthy candidates. In turn, servicemen of Western European armies were also awarded Soviet decorations. 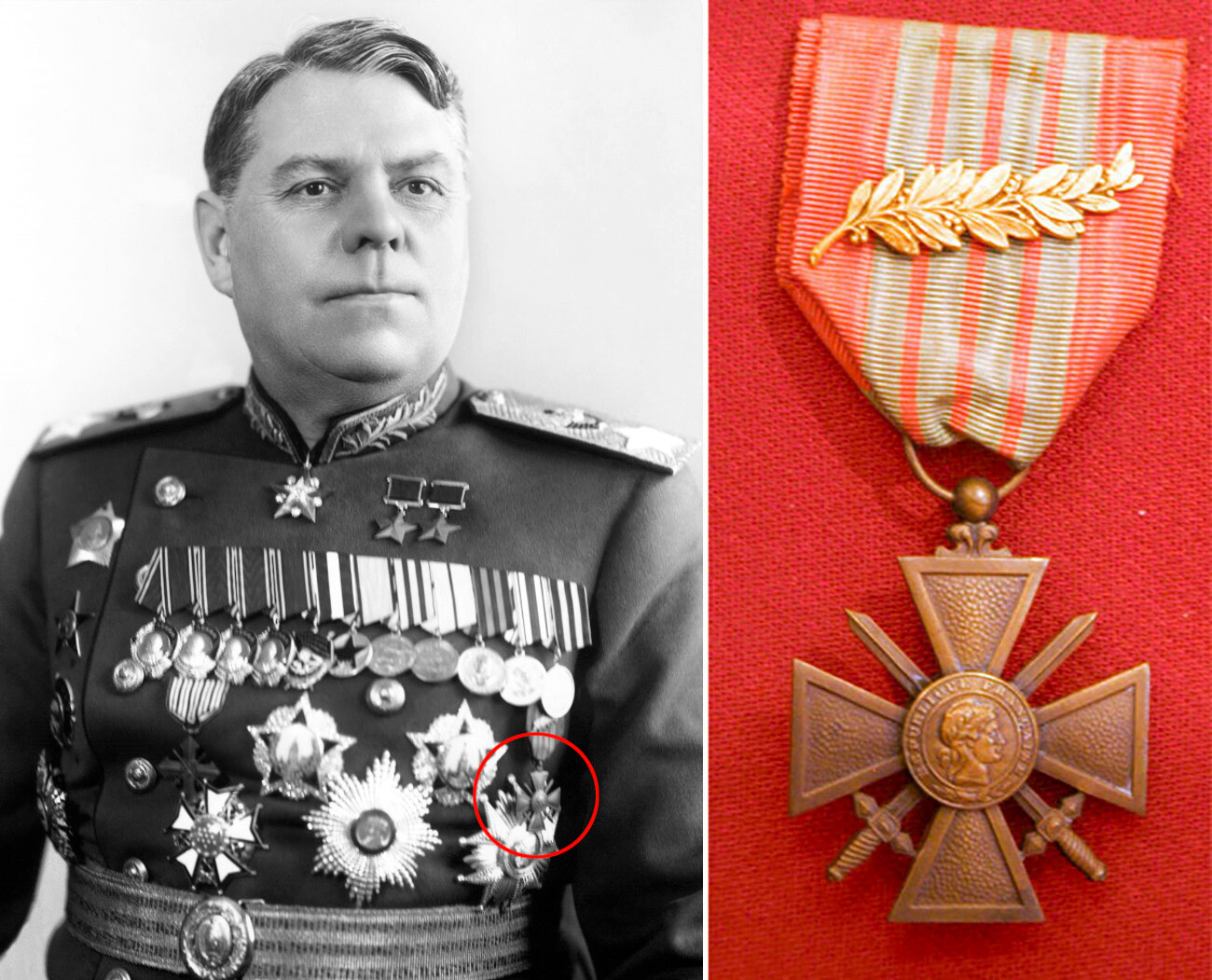 The Ministry of Defense of the Russian Federation; Rama(CC BY-SA 2.0)

Most of the Allied awards were “democratic” and suitable for presentation to both ordinary soldiers and high-ranking military commanders. Thus, for example, the "Distinguished Service Cross" was awarded to General Vasily Chuikov, whose 62nd Army held Stalingrad at the end of 1942. At the same time, the same cross was given to the reconnaissance officer of the 681st rifle regiment, Senior sergeant Fedor Trofimov, who led out of the encirclement a group of American paratroopers in Czechoslovakia in Spring 1945. 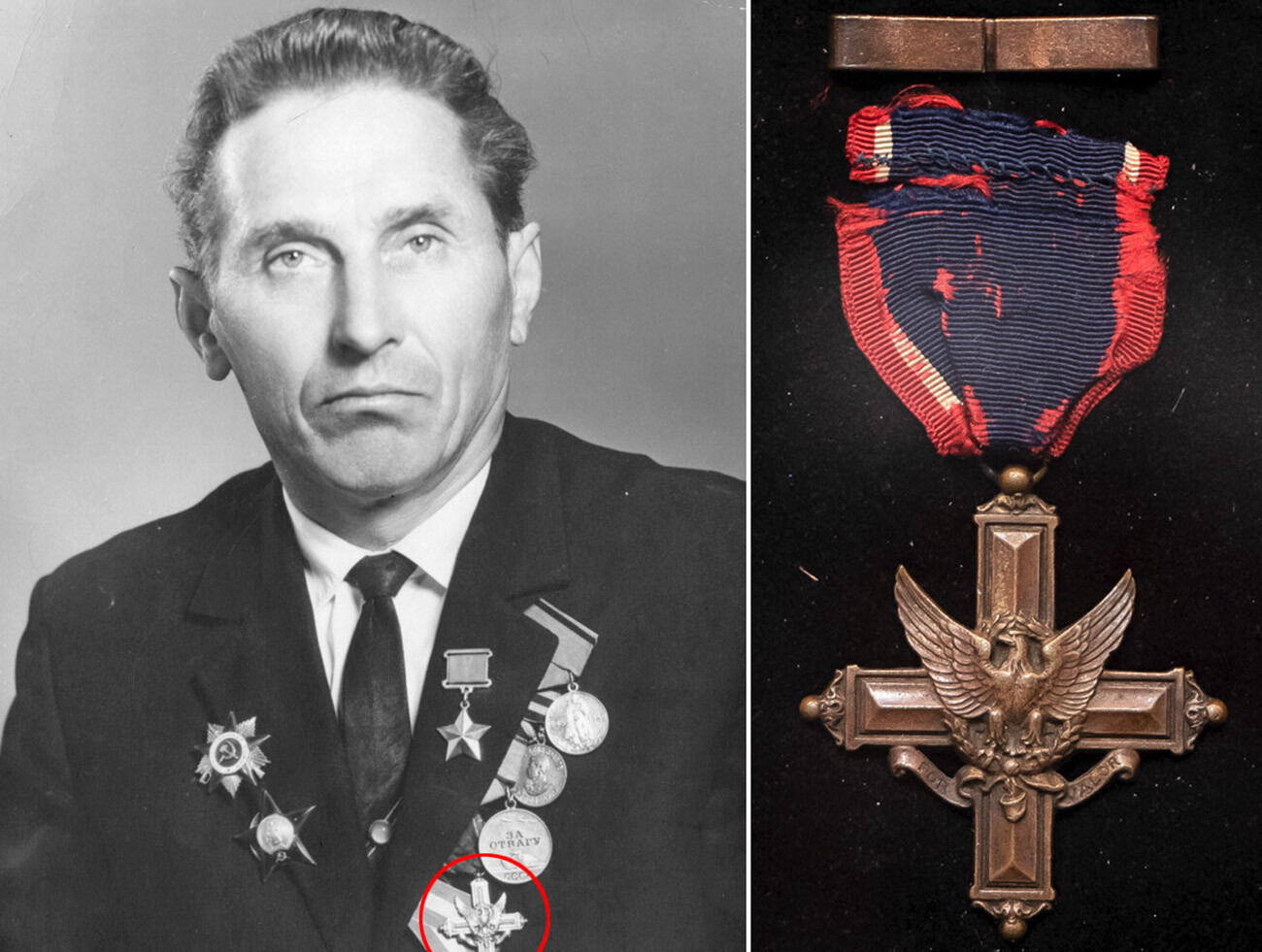 The Ministry of Defense of the Russian Federation; Paul Hudson (CC BY 2.0)

Of the privileged awards intended exclusively for senior commanders of the Red Army, particularly impressive was the British Most Honorable Order of the Bath. Its unusual name is associated with the medieval tradition of initiation into knighthood, the essence of which was that applicants before the ceremony were required to spend a sleepless night and go through a series of cleansing procedures for the body. Marshal Georgy Zhukov became an Honorary Knight of the Grand Cross of the Order of the Bath. Marshals Ivan Konev and Konstantin Rokossovsky, meanwhile, were given the honor of becoming Honorary Knight Commanders. 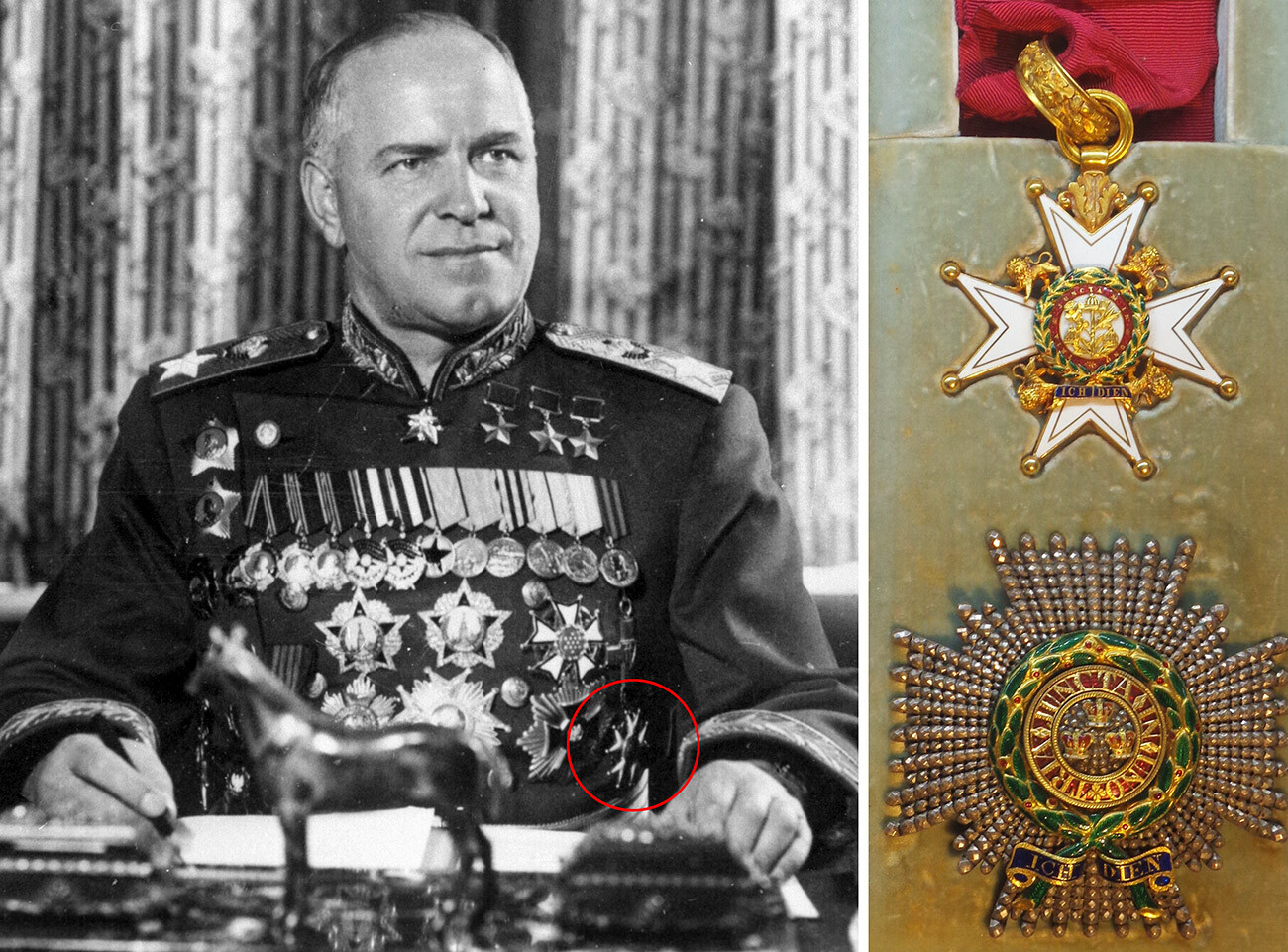 At the suggestion of Field Marshal Bernard Montgomery, Zhukov and Rokossovsky, along with Generals Vasily Sokolovsky and Mikhail Malinin (they were awarded the Order of the British Empire) were awarded in the heart of destroyed Berlin. According to Georgiy Konstantinovich’s recollections, when the question of the place of the ceremony was being decided, the British commander turned to his Soviet colleagues with the following words: “The Soviet troops have made their final blow near the Brandenburg Gate where they have hoisted the Red Banner over the Reichstag. I think this is the place where you ought to receive the British decoration to mark the merits of the Soviet troops you command.” 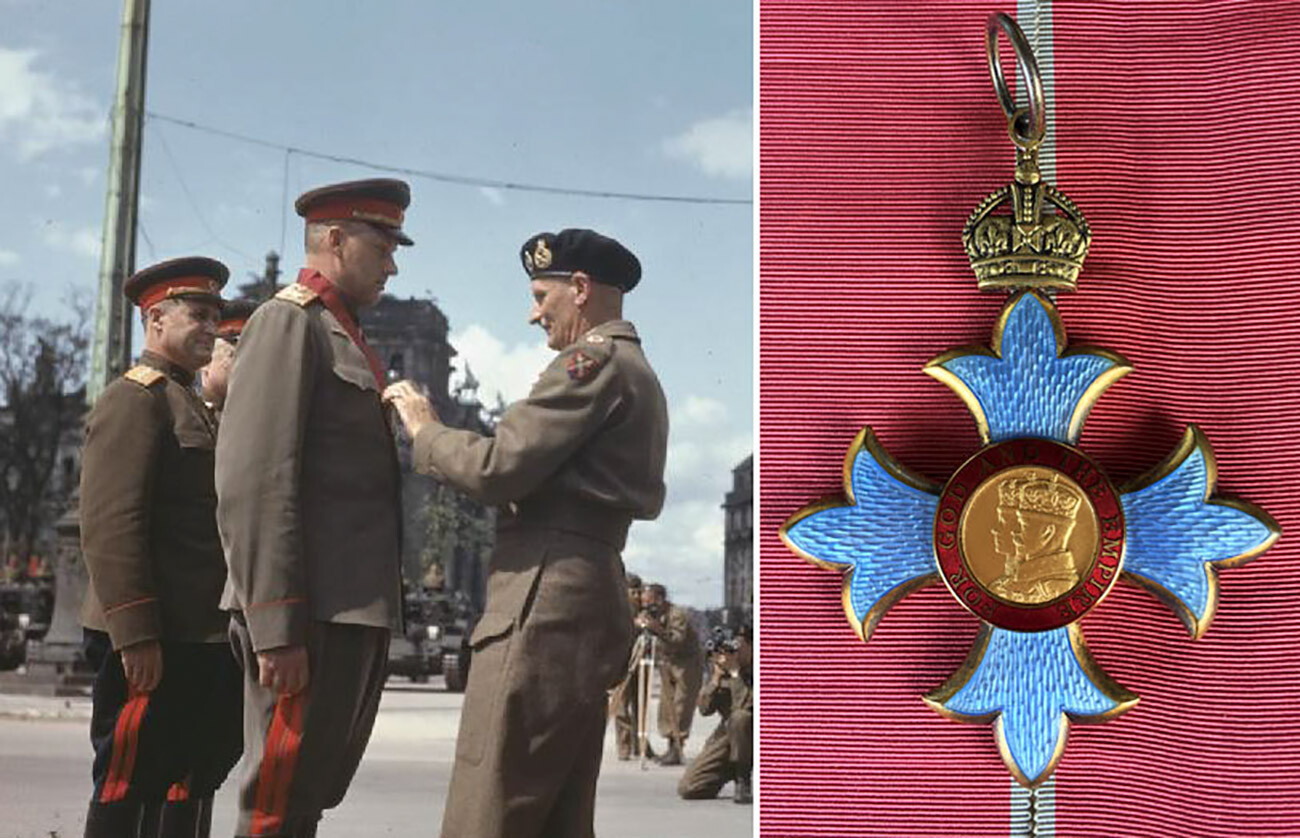 Marshal Rokossovsky is invested as a Knight Commander of the British Empire by the Field Marshal Sir Bernard Montgomery at the Brandenburg Gate in Berlin.