What honors were handed out in the Red (Soviet) Army? 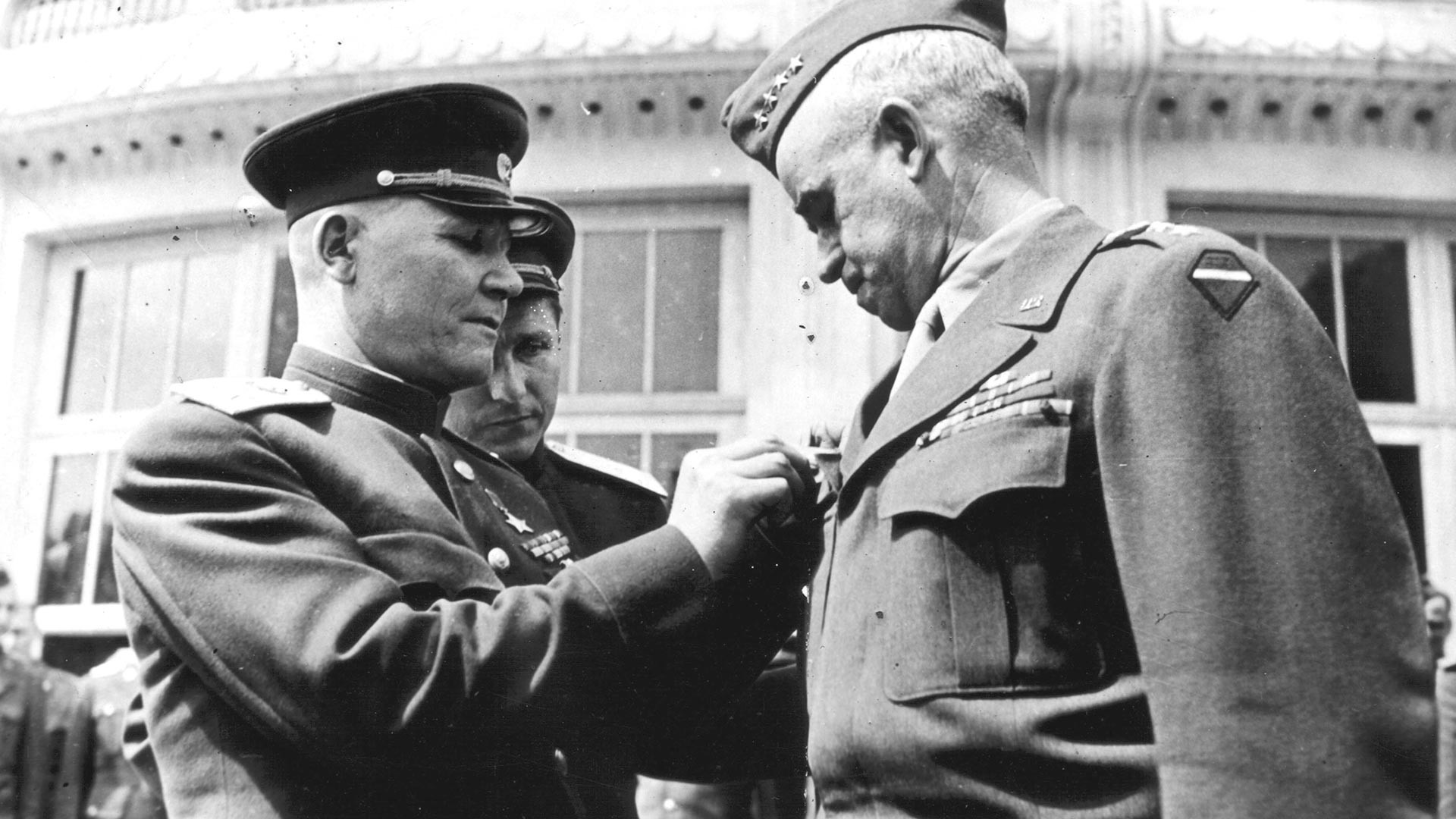 Getty Images
The most prestigious honor was the Hero of the Soviet Union title, while the award presented in the greatest numbers was the medal For Victory over Germany in the Great Patriotic War 1941-1945. Almost 15 million people were given the latter.

Because of the Civil War that raged in Russia in the first few years of Soviet power, the Bolsheviks lacked both the time and the resources for the mass production of medals and orders for presentation to Red Army personnel. It was impossible to confer the Order of the Red Banner, instituted in 1918, on all who merited it, so there was a custom of expressing gratitude for valiant conduct through the presentation of watches, tobacco boxes, boots, saddles, pieces of fabric and sometimes even precious objects that had belonged to the Imperial family. In Joseph Stalin’s favorite military unit — the 1st Cavalry Army — it was customary to hand out pairs of red breeches as an award “for devotion to the Revolution”. 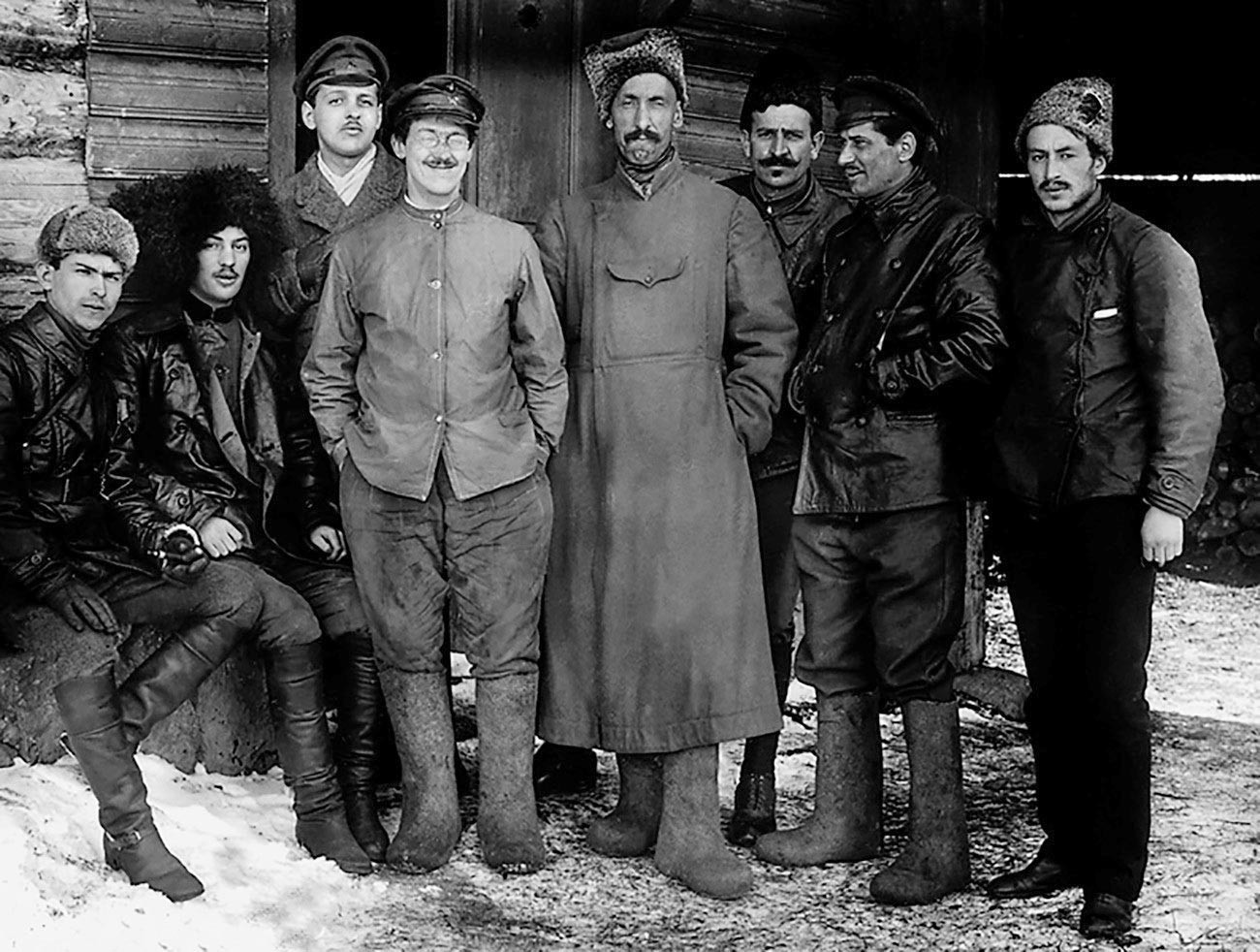 The Russian Union of Photographers/russiainphoto.ru

Red commanders who especially distinguished themselves could expect an even more magnificent award — an honorary revolutionary weapon. Swords with gold hilts and decorated with the Order of the Red Banner, as well as presentation Mauser pistols with nameplates, were given to commanders for successful operations. The custom of bestowing weapons on commanders entered the Red Army from the hated Russia of the Tsars, but no-one mentioned this out loud. 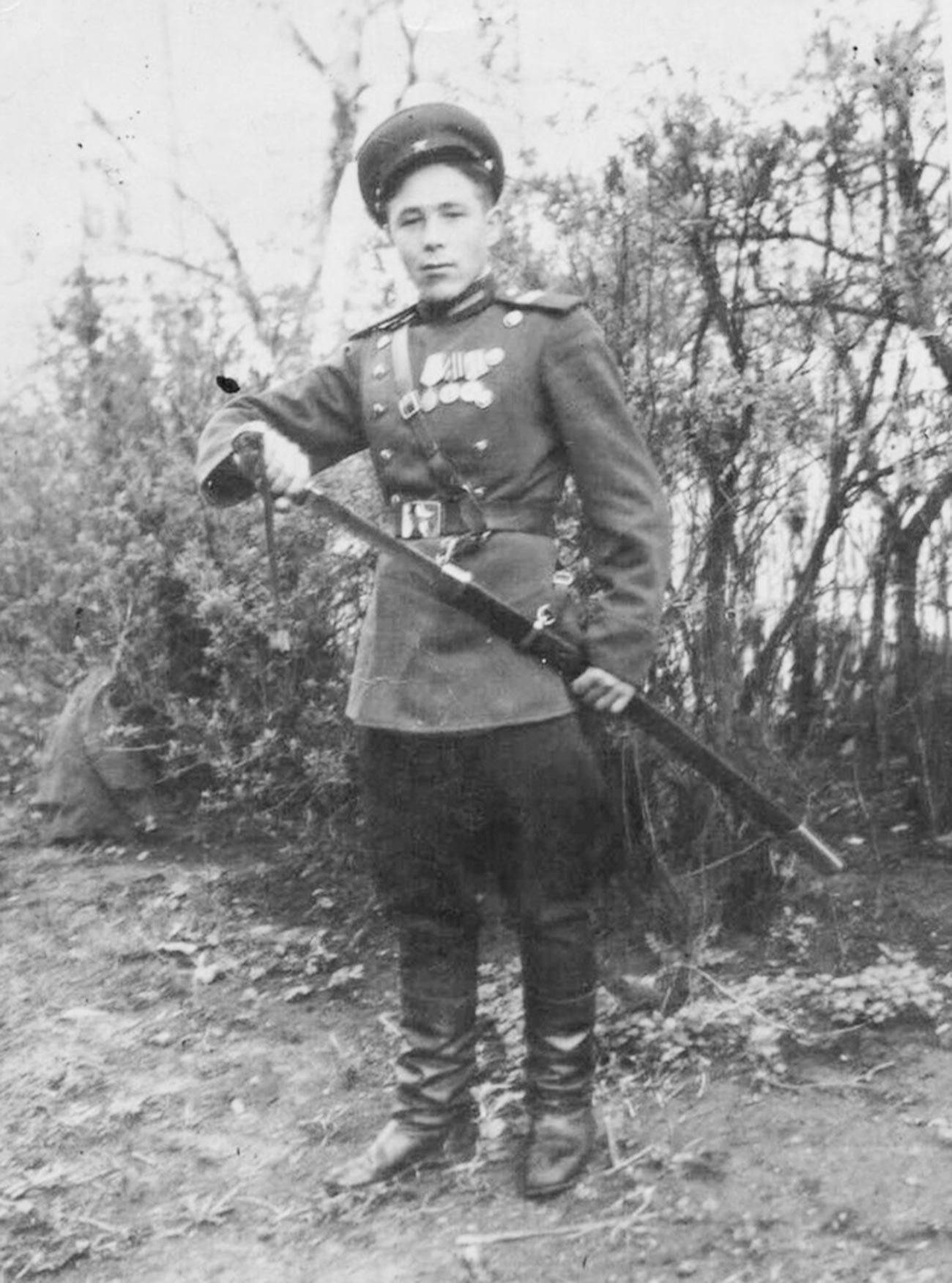 The title Hero of the Soviet Union was instituted in 1934 — it was the highest honor that could be bestowed on a Red Army serviceman (or a civilian). From 1939, the Hero title began to be conferred together with the Gold Star medal and the Order of Lenin. During the entire period of World War II, 11,657 people received this eminent award. Marshal Georgy Zhukov and the leader of the country, Leonid Brezhnev, became Heroes of the Soviet Union no less than four times. Unbecoming conduct (for instance, if the recipient became a criminal) often led to the withdrawal of the title. 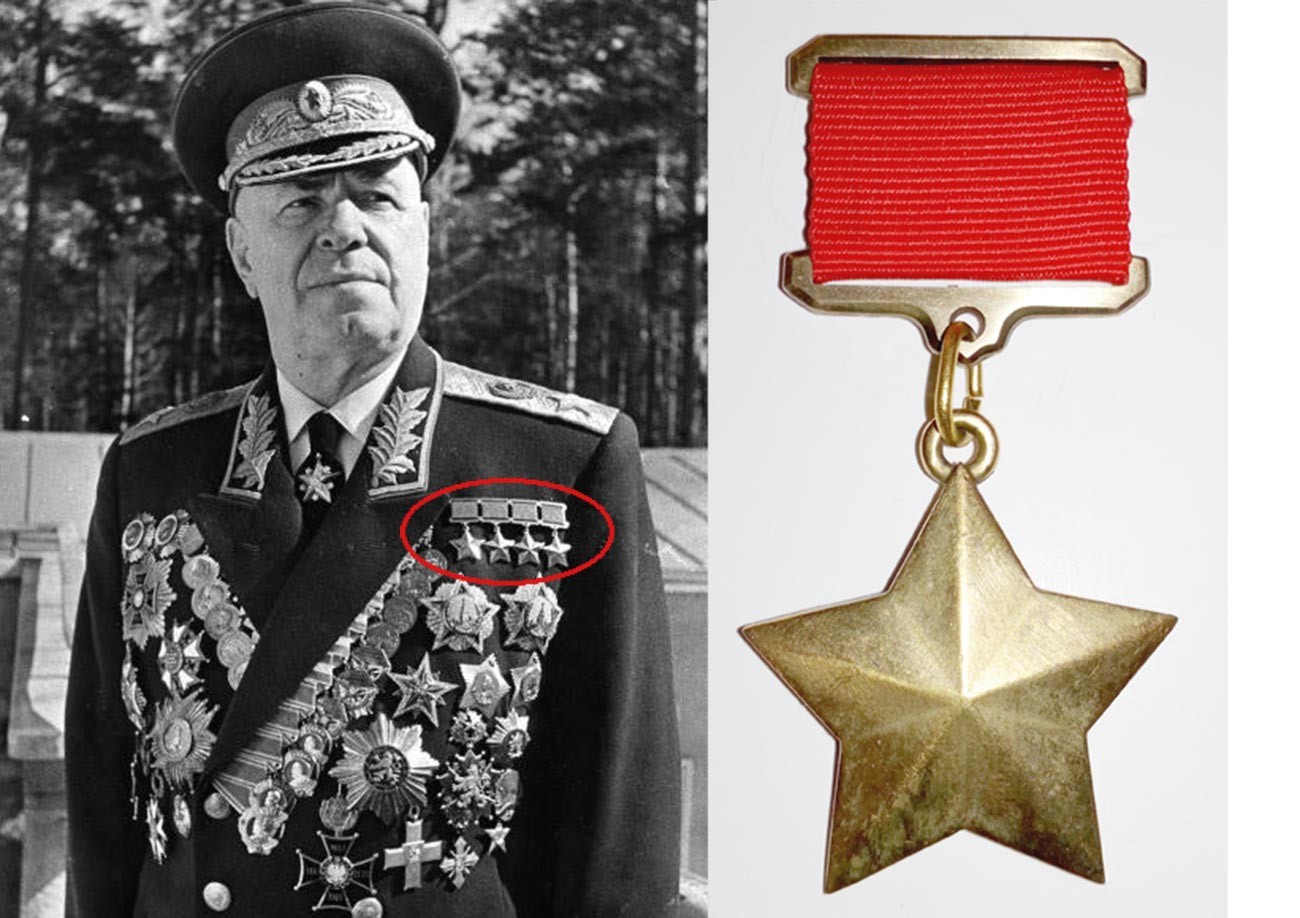 The first Soviet decoration of the World War II period was the Order of the Patriotic War, instituted in May 1942. It was conferred both on individual servicemen and on military units, defense plants and cities. In 1969, the entire Slovak village of Sklabiňa received the decoration for its population’s invaluable assistance to Soviet partisans during the war.

The Order of the Red Star was conferred on soldiers, commanders, military units and individual ships “for personal courage and valor in battle, for excellent organization and skilled leadership in combat operations and for successful combat operations by military units and formations”. In addition, in the post-war period, it was presented to members of the Internal Affairs Ministry and KGB and, in the Afghan War, to severely wounded servicemen.

The decoration most frequently conferred on rank-and-file soldiers and junior commanders for bravery were the medals For Battle Merit and For Valor. The latter was widely employed in punishment battalions, in which offenders were supposed to “atone for their offences with their own blood”, but at the same time had the right to receive commendations. 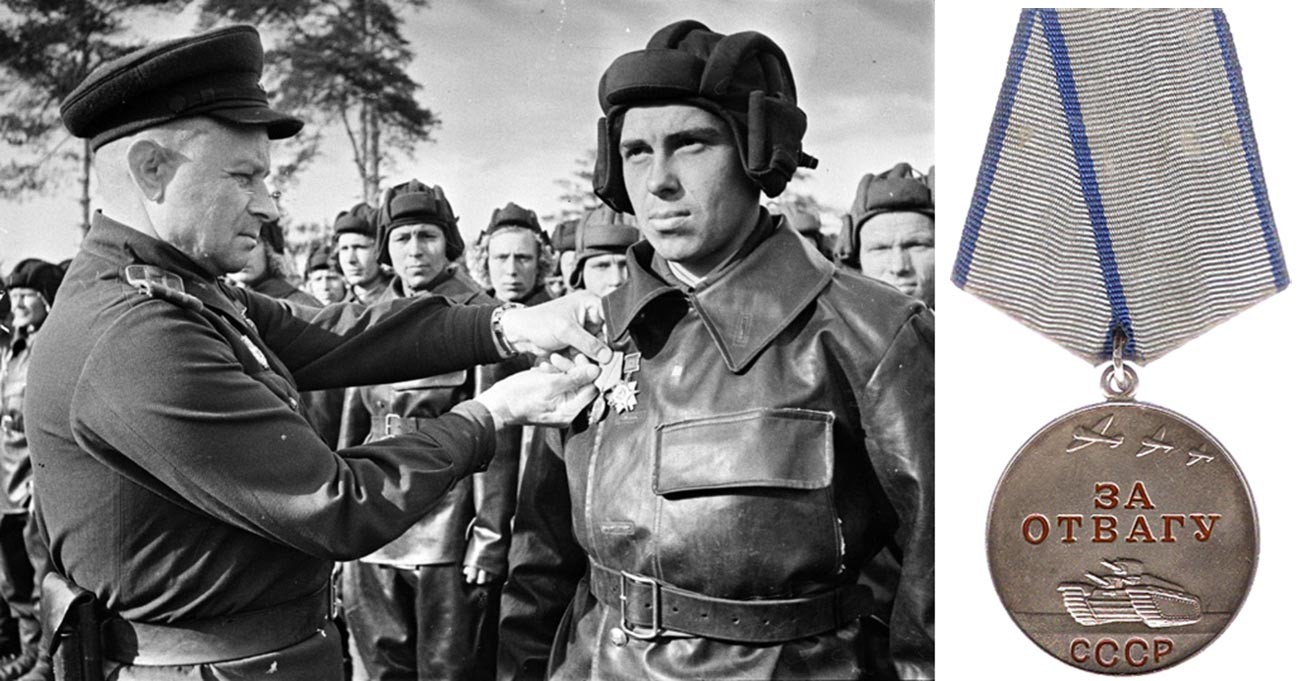 Deserving high-ranking commanders, generals and marshals were decorated with the Order of Suvorov and Order of Kutuzov (the latter being the slightly less prestigious of the two), named in honor of two distinguished Russian commanders of the 18th and 19th centuries. Foreign recipients of the Order of Suvorov included Gen. Dwight Eisenhower, Field Marshal Montgomery, Albanian leader Enver Hoxha and Yugoslav leader Josip Broz Tito. In the 1950s, the order was presented to the King and Crown Prince of Cambodia, as well as Emperor Haile Selassie of Ethiopia. 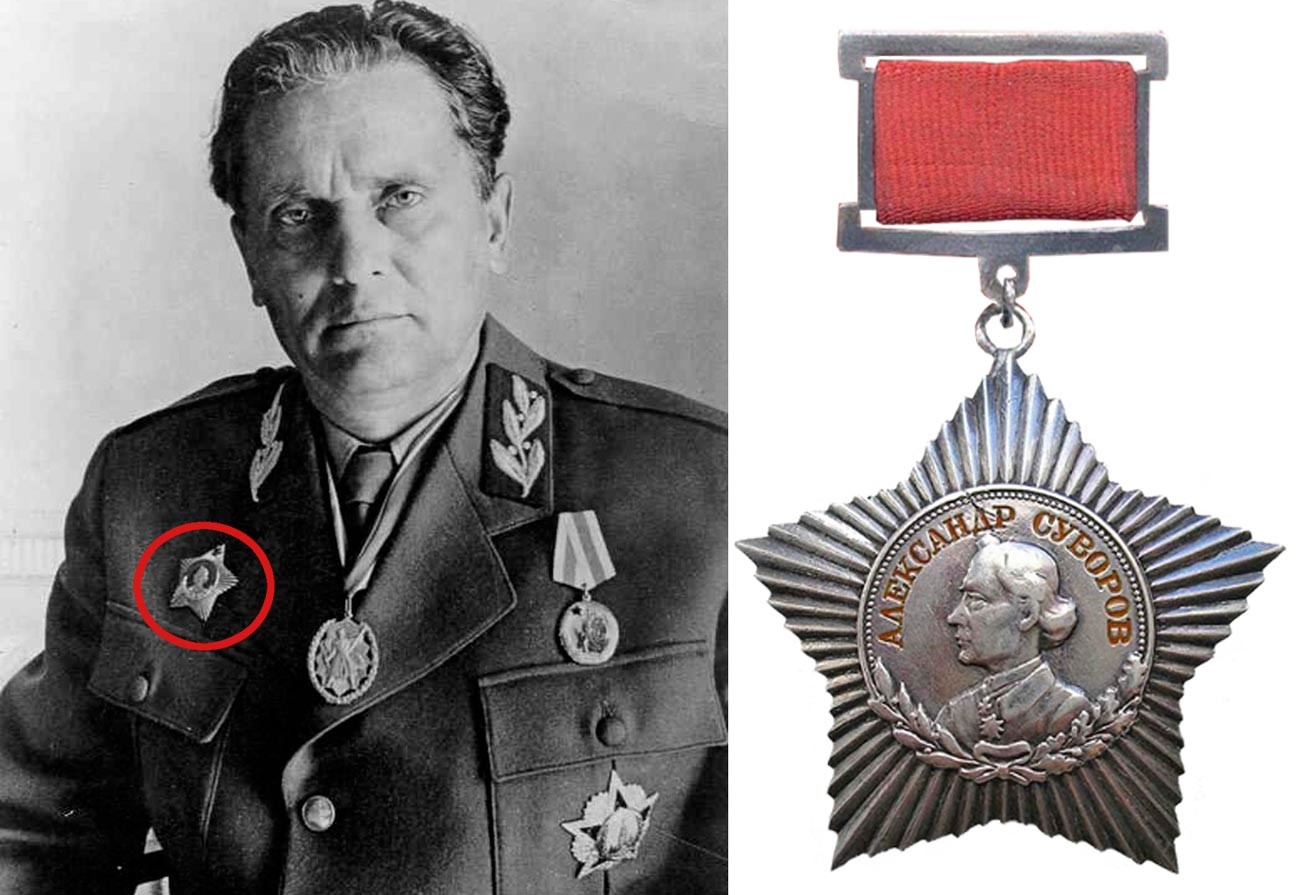 The tradition of presenting Civil War commanders with weapons was not the only one the Bolsheviks borrowed from pre-Revolutionary Russia. In terms of statute and ribbon color, the Order of Glory, instituted in 1943, almost fully replicated one of the most highly-respected awards of the Imperial period — the Cross of St. George, although the latter had four classes, not three. The youngest full holder of all three classes of the Order of Glory was 17-year-old junior sergeant Ivan Kuznetsov, who successfully and courageously distinguished himself commanding an artillery gun crew. 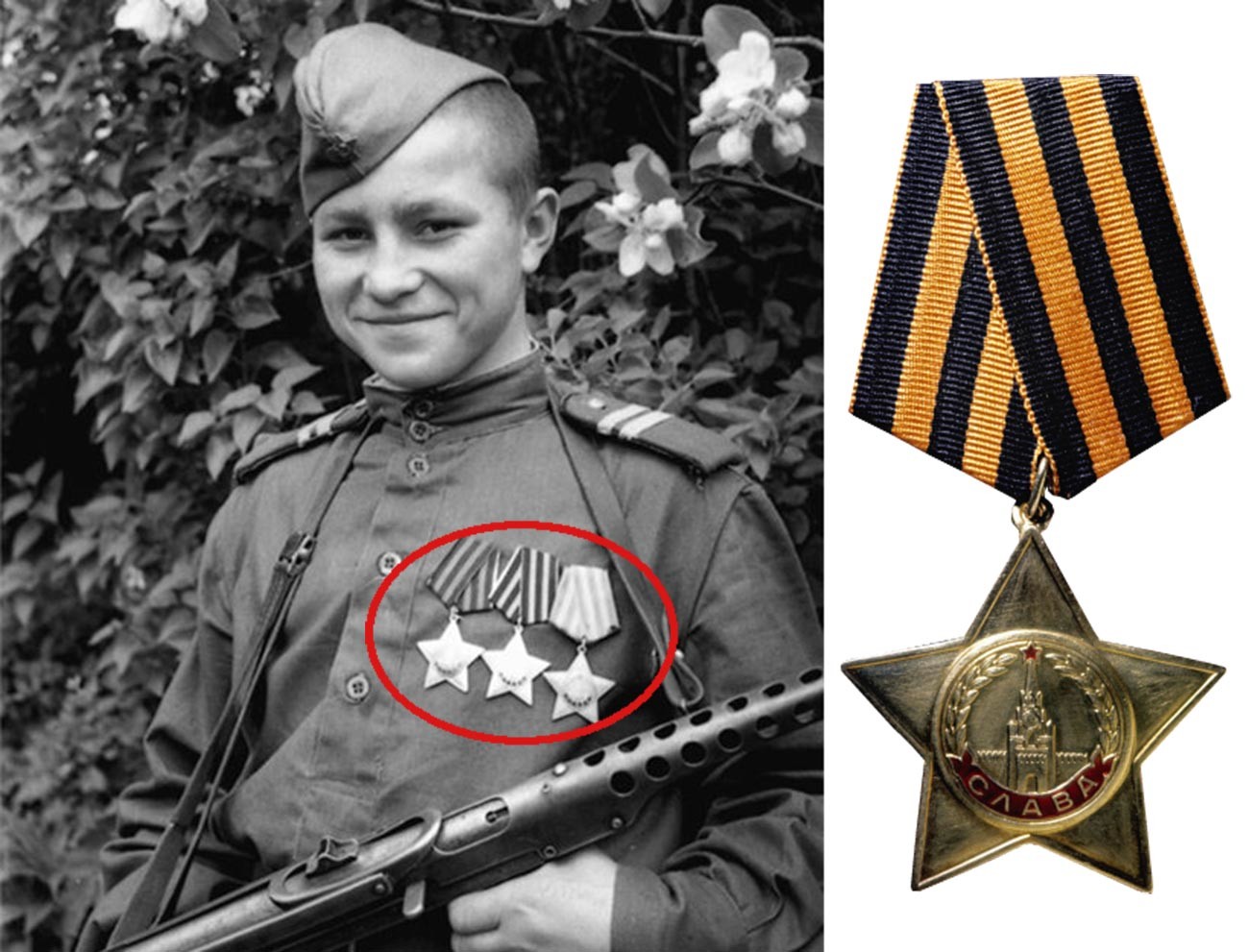 A special series of medals was presented to participants (both military and civilian) in the defense of several Soviet cities and whole regions: For the Defense of Leningrad, For the Defence of Moscow, For the Defense of the Caucasus, For the Defenseof the Soviet Arctic and so on. Medals for the capture of European cities — such as For the Liberation of Warsaw or For the Capture of Budapest — were instituted in June 1945. The USSR's most widely awarded medal was For the Victory over Germany in the Great Patriotic War 1941-1945. It was conferred on 14,933,000 recipients.

Pioneers awarded medal For the Defence of Moscow. 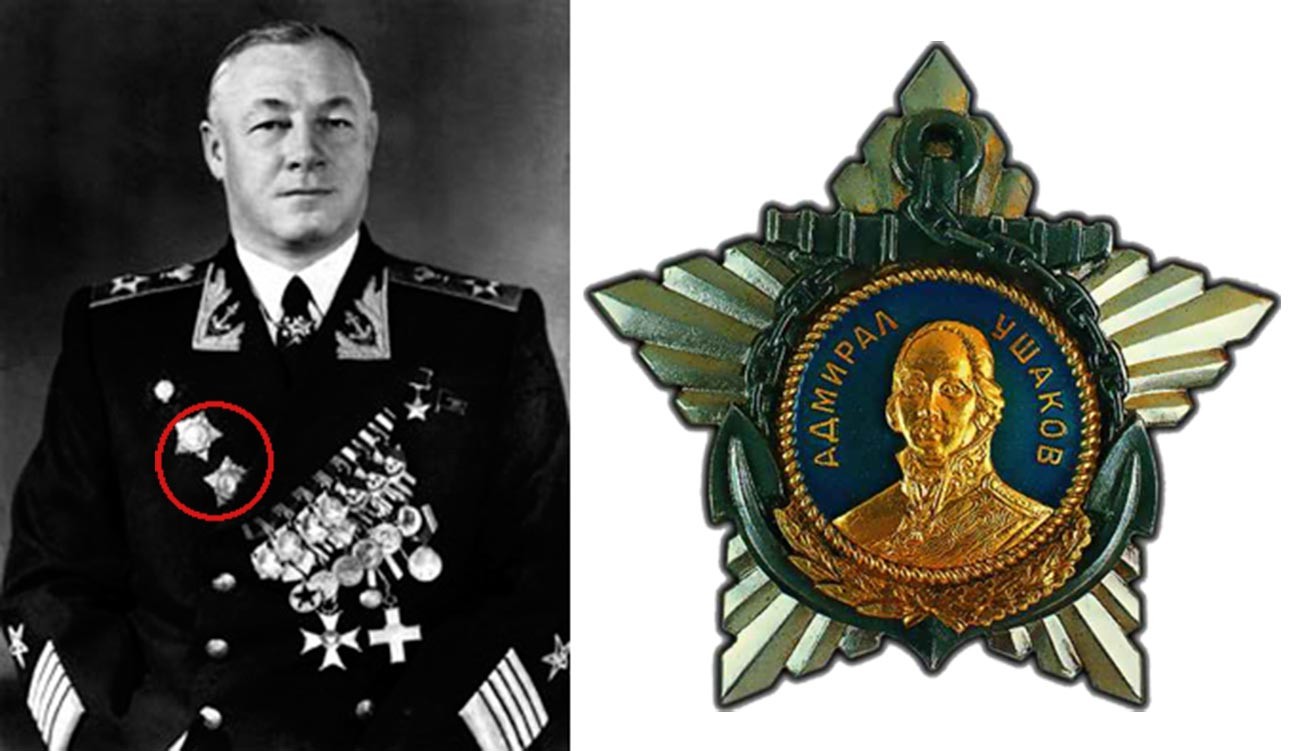 Admiral of the Fleet of the Soviet Union Nikolai Kuznetsov.

Partisans who performed deeds of valor behind enemy lines were honored with the Order of Bogdan Khmelnitsky, named after the hetman of the Zaporozhian Host, who led the war of liberation against the Polish-Lithuanian authorities in the mid-17th century. As a result of his actions, the whole of Left-Bank Ukraine, along with Kiev, became part of the Russian state. It might be noted that the order could also be conferred on soldiers, commanders and units of the regular army for bravery and the conduct of successful operations. 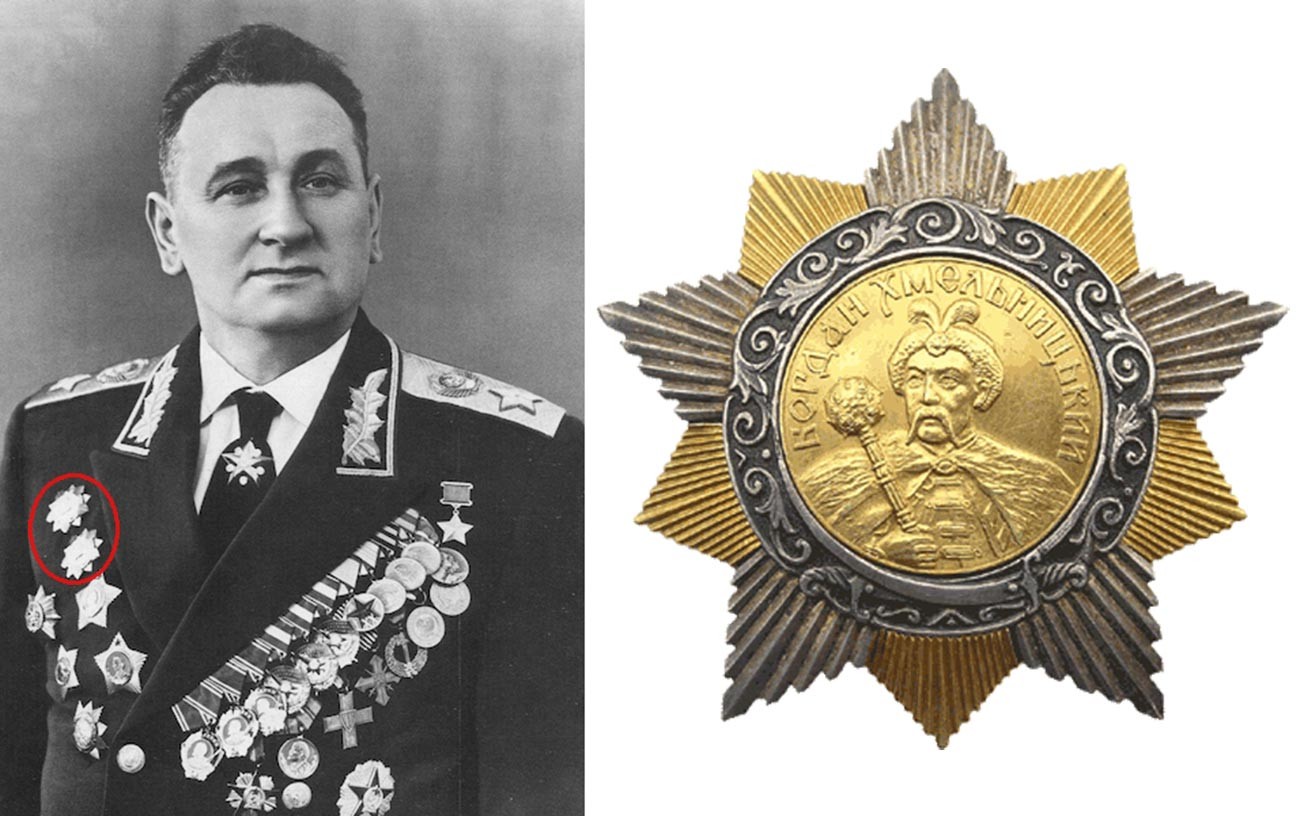 An exclusively “partisan” award was the medal titled: To a Partisan of the Patriotic War. Aside from Soviet partisans, it was also conferred on Czechoslovakian, Bulgarian and Romanian comrades who worked with the Red Army. Additionally, the medal was awarded to the Soviet Union's most distinguished female pilot, Valentina Grizodubova, commander of the 101st Long-Range Transport Aviation Regiment, for organizing successful and effective supplies to partisan detachments behind enemy lines. 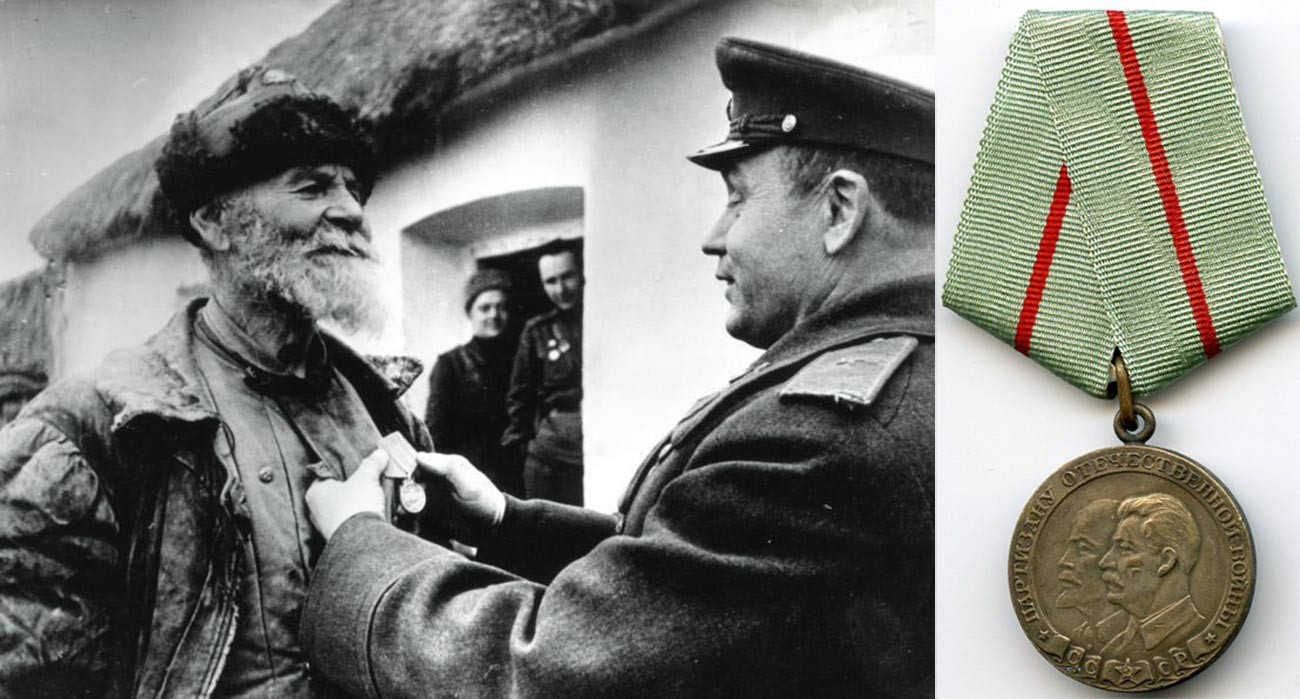 Many of the medals and orders instituted in the 1930s and 1940s continued to be awarded right up to the collapse of the Soviet Union. They were presented to servicemen who distinguished themselves in local armed conflicts in which the USSR was involved. In addition,  all participants in combat operations in Afghanistan were issued with the Internationalist Soldier badge of honor, inscribed “From the Grateful Afghan People”. It was also distributed to servicemen of the Democratic Republic of Afghanistan during the withdrawal of Soviet troops from the country in 1988-89. 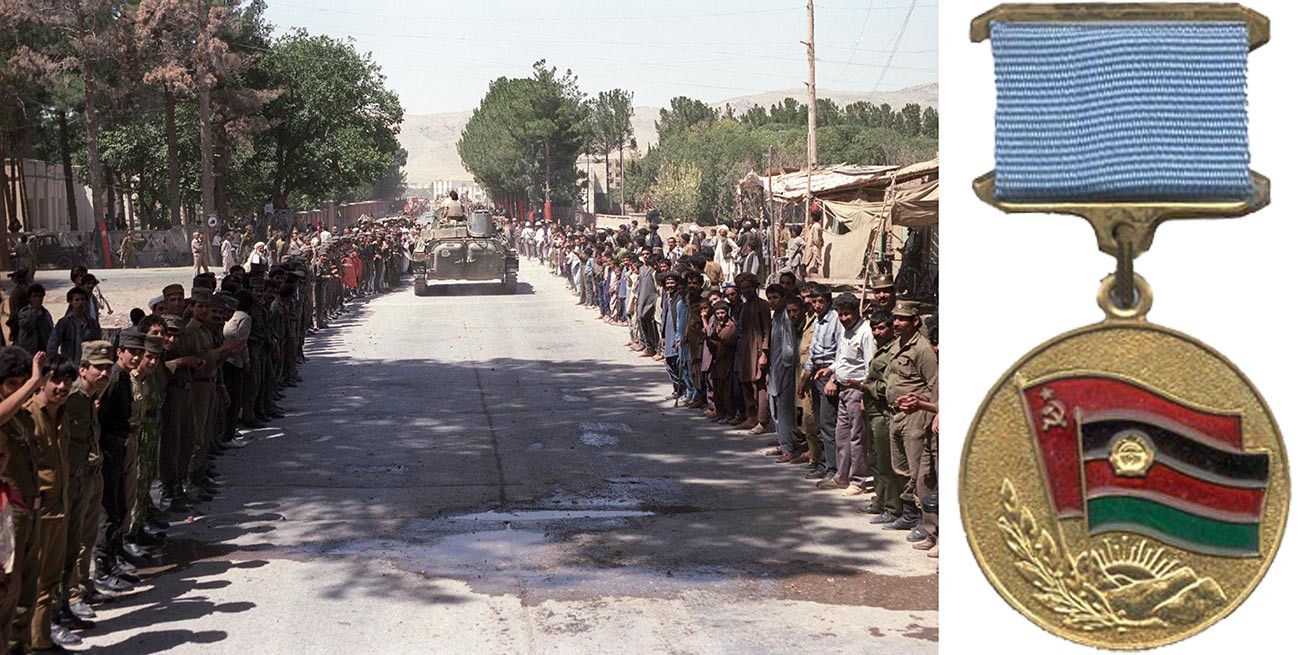 The withdrawal of the last Soviet troops from Afghanistan.

Certain Soviet awards (the Orders of Kutuzov, Ushakov, Suvorov and Nakhimov) have been inherited by today’s Russia. The Hero title remains the highest honor — albeit now it is titled: Hero of the Russian Federation. 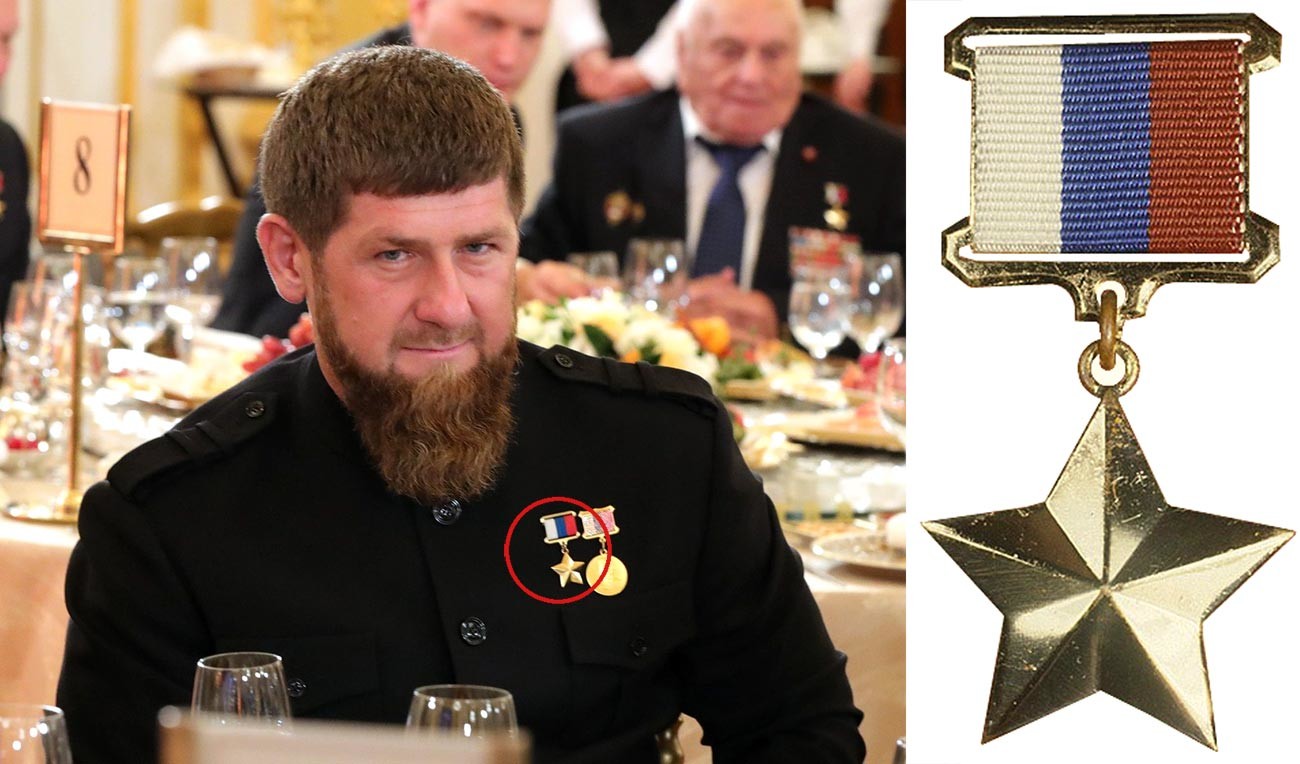