10 foreigners who became Heroes of the Soviet Union 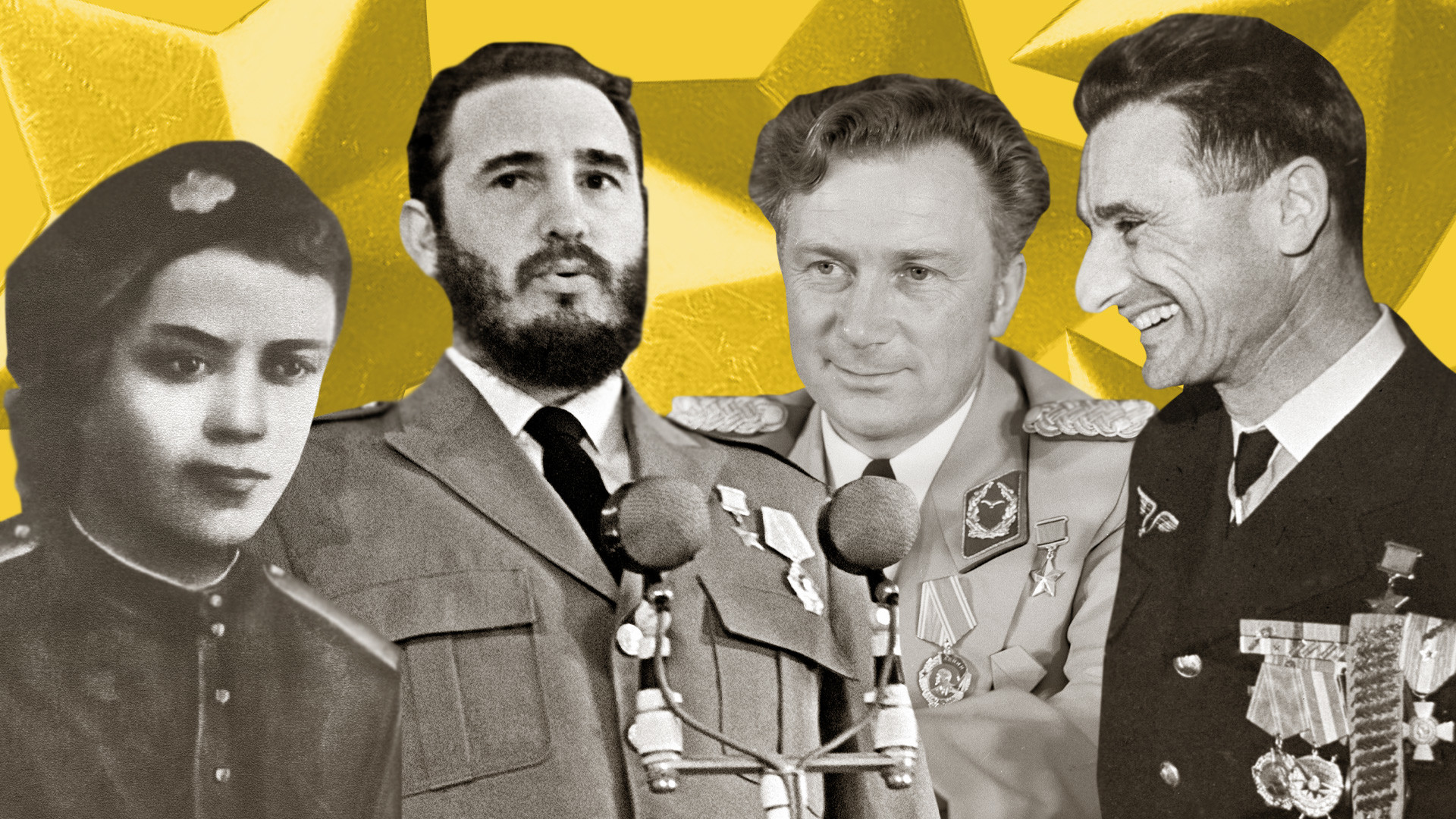 Archive photo; Vasily Malyshev, Yuri Ivanov/Sputnik; Alexander Konkov/TASS
The USSR bestowed its highest award not only on Soviet citizens. Sometimes, the honor of Hero of the Soviet Union was awarded even to former enemies. 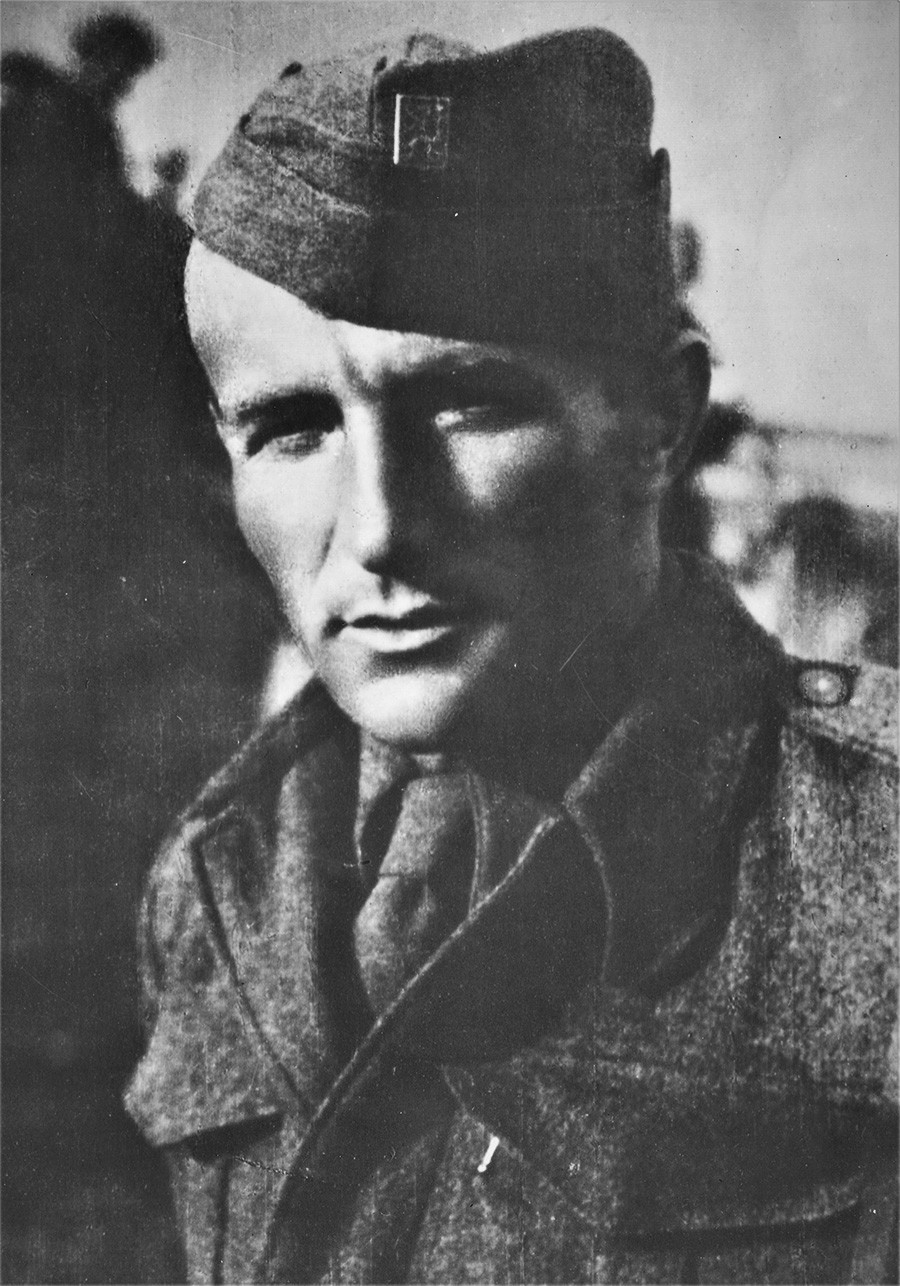 The first foreigner to be awarded the title of Hero of the Soviet Union was First Lieutenant Otakar Jaroš, a company commander in the 1st Czechoslovak Independent Field Battalion that was formed on the territory of the USSR and which fought with the Red Army against the Nazis.

On March 8, 1943, the battalion faced heavy fighting with the enemy near the village of Sokolovo in northeastern Ukraine. Jaroš, who had been wounded twice, did not leave the battlefield and continued to command his company. When German tanks broke through the Czech positions, he tore a bunch of grenades from his belt and rushed to meet the enemy. Otakar was killed by a burst of machine gun fire from a tank, but the tank, having run over his body, blew up on his grenades. 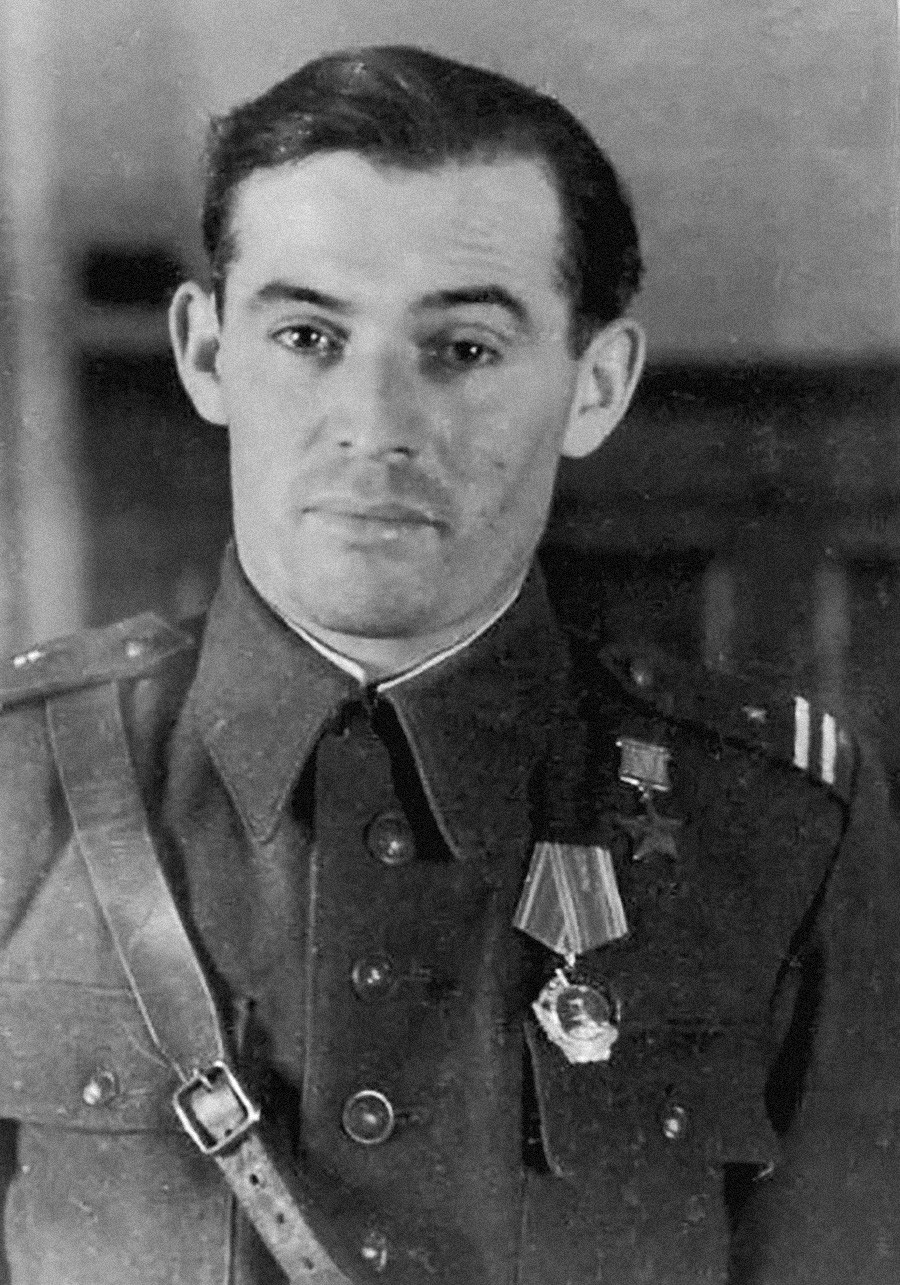 On October 29, 1943, the recently-formed Polish 1st Tadeusz Kościuszko Infantry Division, faced its first battle, near the village of Lenino in eastern Belarus. Just like First Lieutenant Jaroš six months earlier, Captain Juliusz Hibner was wounded twice but did not leave the battlefield. Hibner was erroneously considered dead and was posthumously awarded the title of Hero of the Soviet Union. On leaving the hospital, he rejoined his unit and finished the war at the rank of a lieutenant colonel. 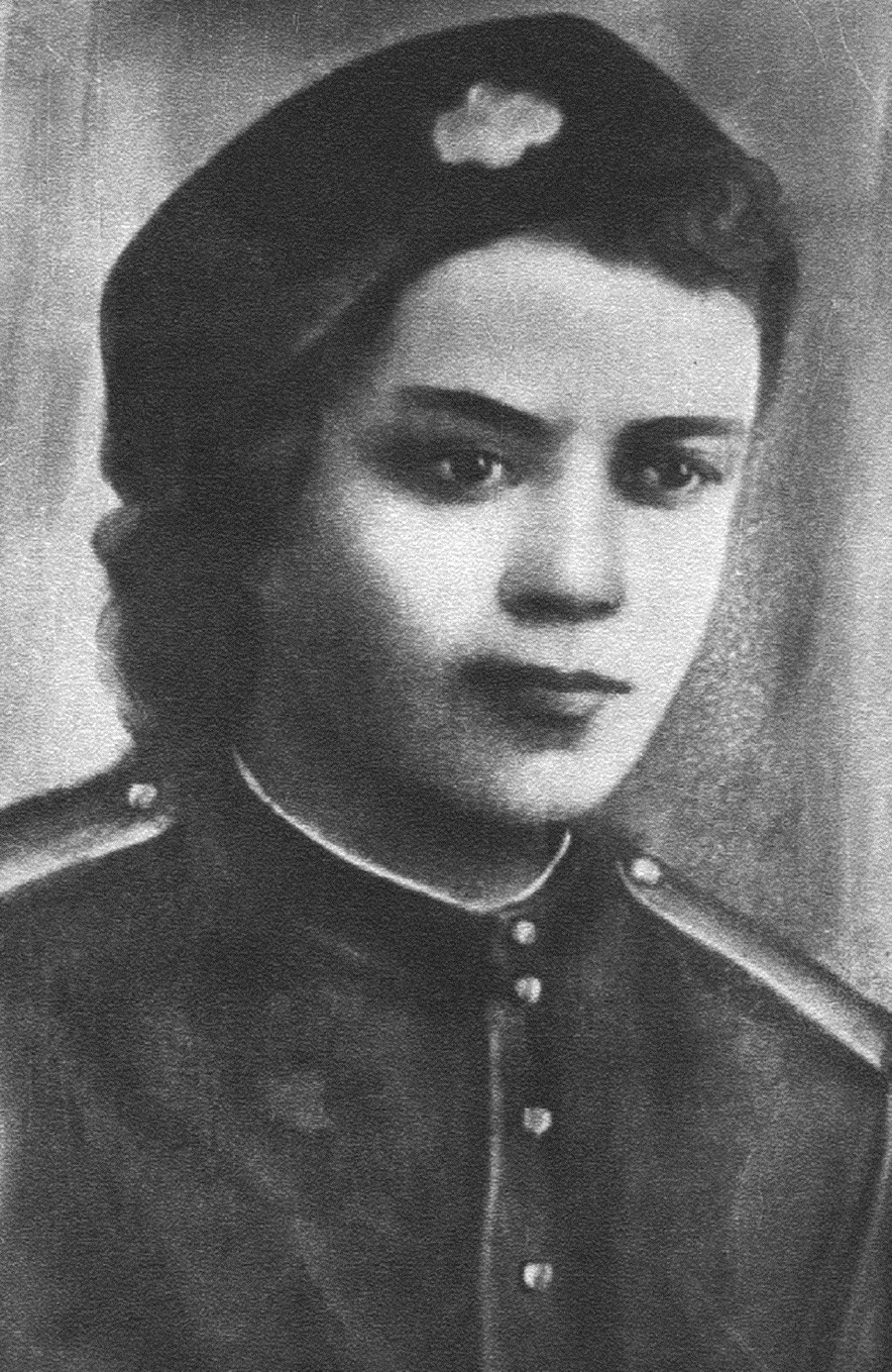 The only foreign woman to become a Hero of the Soviet Union, 18-year-old Aniela Krzywoń served in the 1st Tadeusz Kościuszko Infantry Division. During the battle near Lenino she was assigned to a car carrying classified documents and wounded soldiers that was attacked by German bombers. She was killed trying to rescue the wounded soldiers and retrieve the documents from the burning car. 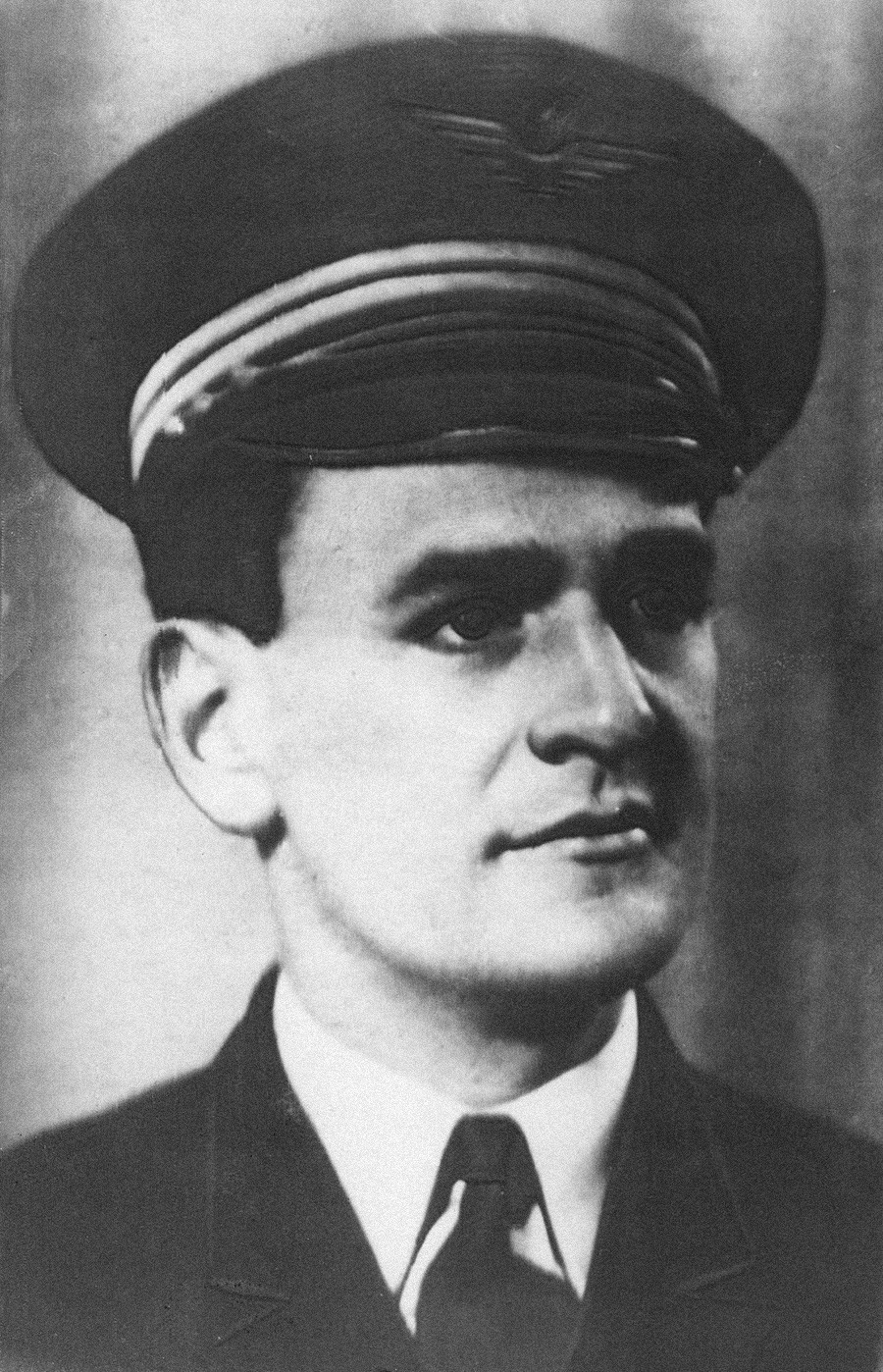 With 23 combat victories, French pilot Marcel Albert was the second (after Pierre Clostermann) most deadly French ace of World War II. As part of the Normandie-Niemen air regiment he destroyed 21 enemy aircraft on the Eastern Front. French pilots from the Normandie-Niemen regiment flew Soviet planes when fighting the Luftwaffe in the skies above the Soviet Union and elsewhere in Eastern Europe. 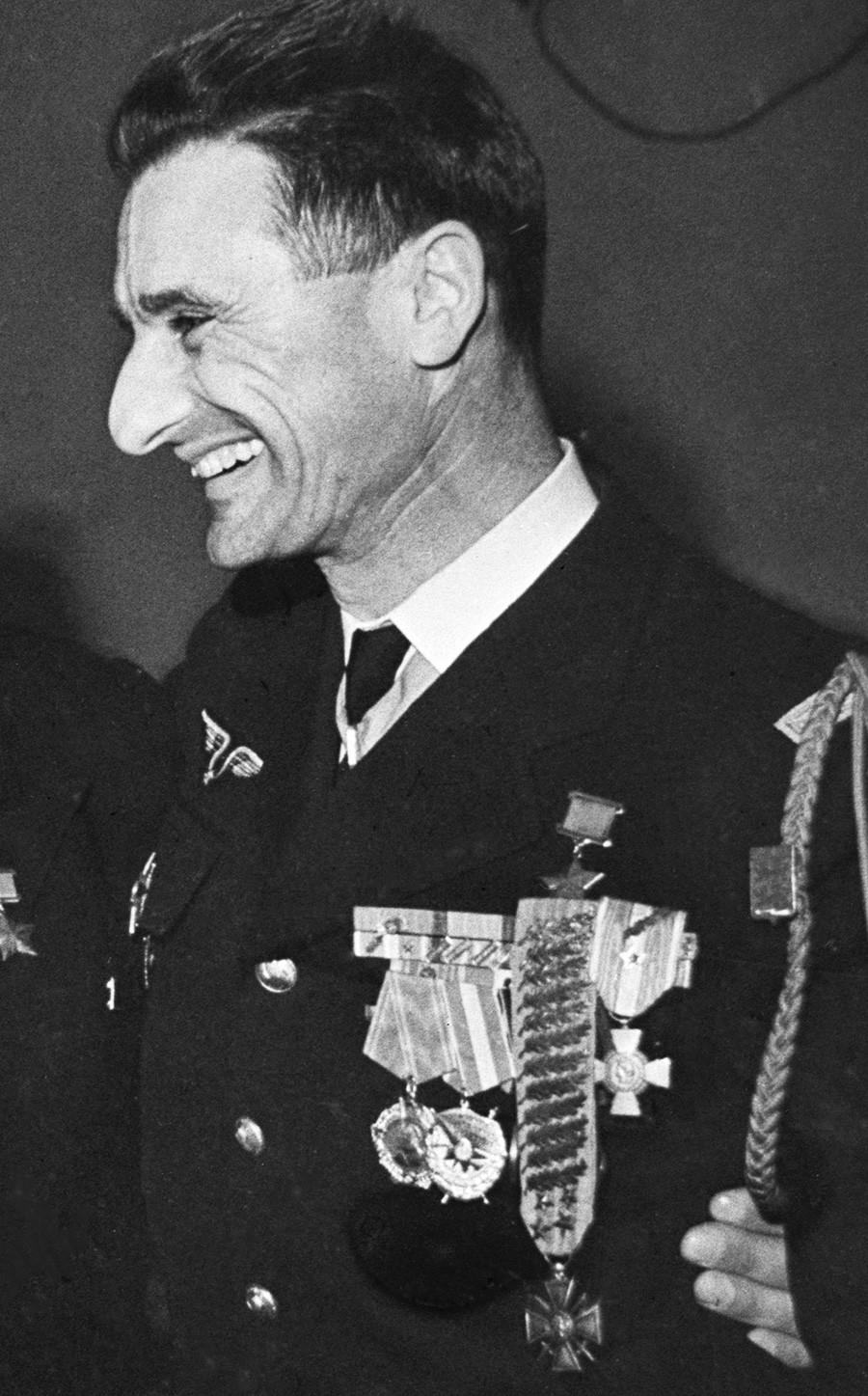 The story of another Normandie-Niemen fighter pilot who was awarded the title of Hero of the Soviet Union was more complex. In June-July 1941, as a pilot of the Vichy French Air Force, Jacques André was fighting against British aviation in Syria; in other words, he was fighting on the side of the Axis powers. Having found himself in Algeria during the Allied invasion in 1942, along with other pilots serving the collaborationist regime he was invited to switch sides and join the anti-Hitler coalition; which he did. 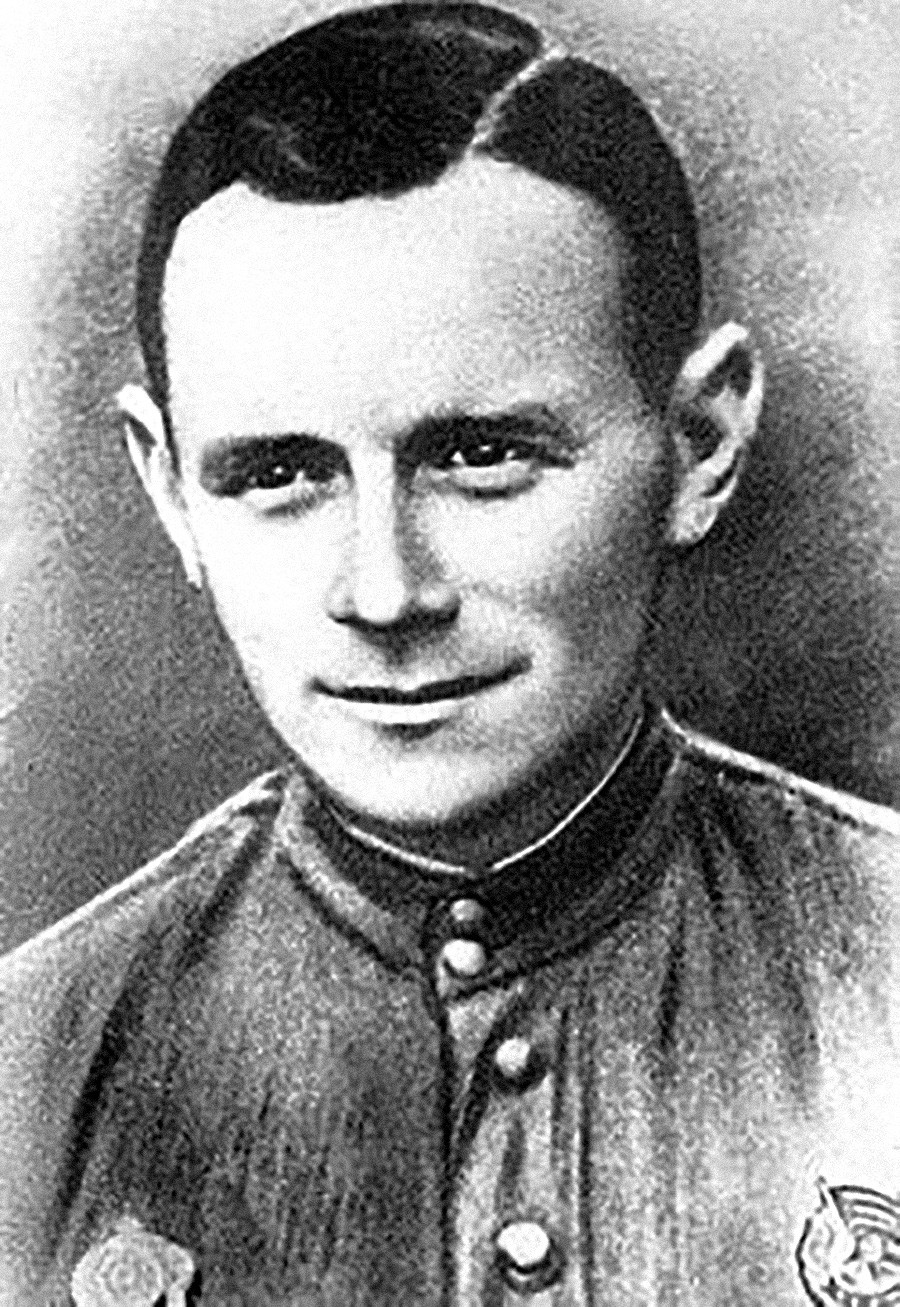 A future Hero of the Soviet Union, Fritz Schmenkel entered the Soviet Union together with the invading German army in which he served as a corporal. A committed communist he defected from his unit and joined a partisan detachment operating in the Smolensk Region. Schmenkel usually dressed as a German officer when carrying out ambushes and acts of sabotage. He also instructed partisans on the vulnerabilities of German military hardware. In early 1944, he was captured by the Germans and shot. 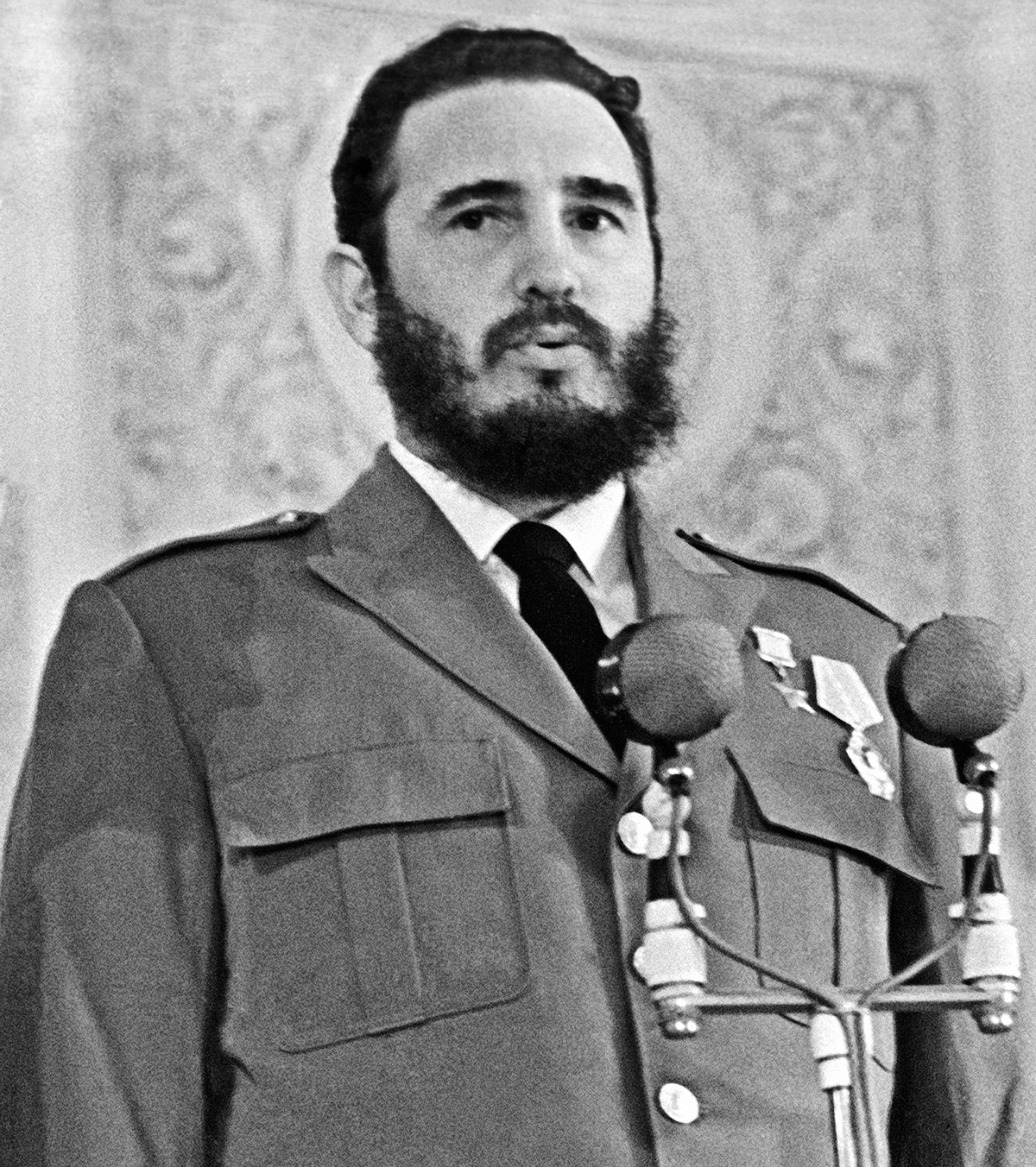 The leader of the Cuban Revolution, Fidel Castro was awarded the honorary title of Hero of the Soviet Union in 1963, “in recognition of his outstanding achievements in organizing the victorious struggle for the freedom and independence of the heroic Cuban people;” as well as for his role in “strengthening and developing fraternal Soviet-Cuban friendship.” 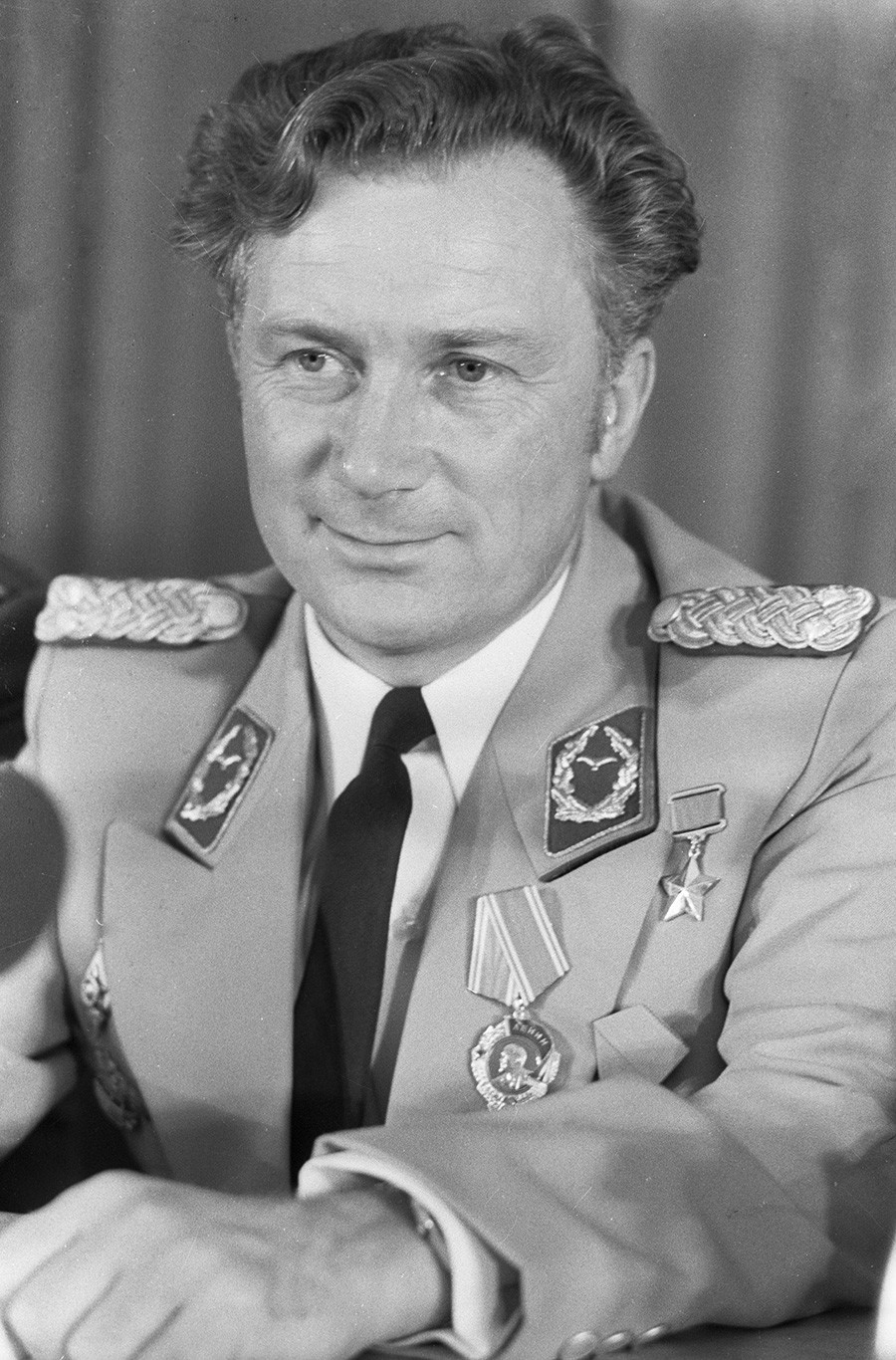 The first German to go into space, Sigmund Jähn was the only GDR astronaut in that country's history. In 1978, he was part of a space mission organized by the USSR under the Interkosmos program, whereby friendly countries were invited to join Soviet space missions.

Even after the collapse of the Eastern Bloc, Jähn never lost touch with Russia. Until a very old age, he served as a representative of the DLR, the German space agency, as well as for the European Space Agency in Moscow. 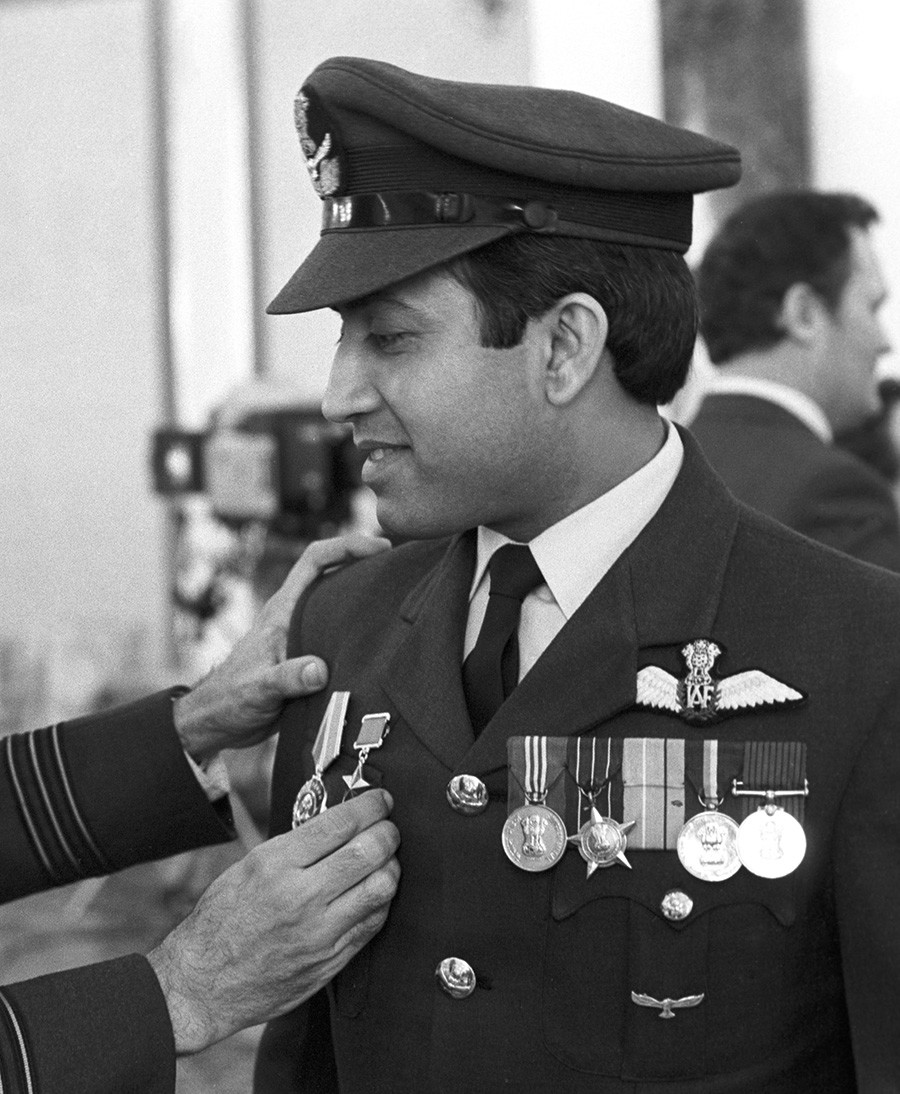 India's first cosmonaut, Rakesh Sharma, went into space on the Soviet ship, Soyuz T-11, in April 1984. During a linkup with the Mission Control Center then Indian Prime Minister Indira Gandhi asked Sharma what their country looked like from outer space, to which Sharma replied with a line from a patriotic poem by Muhammad Iqbal: “Better than the entire world.” 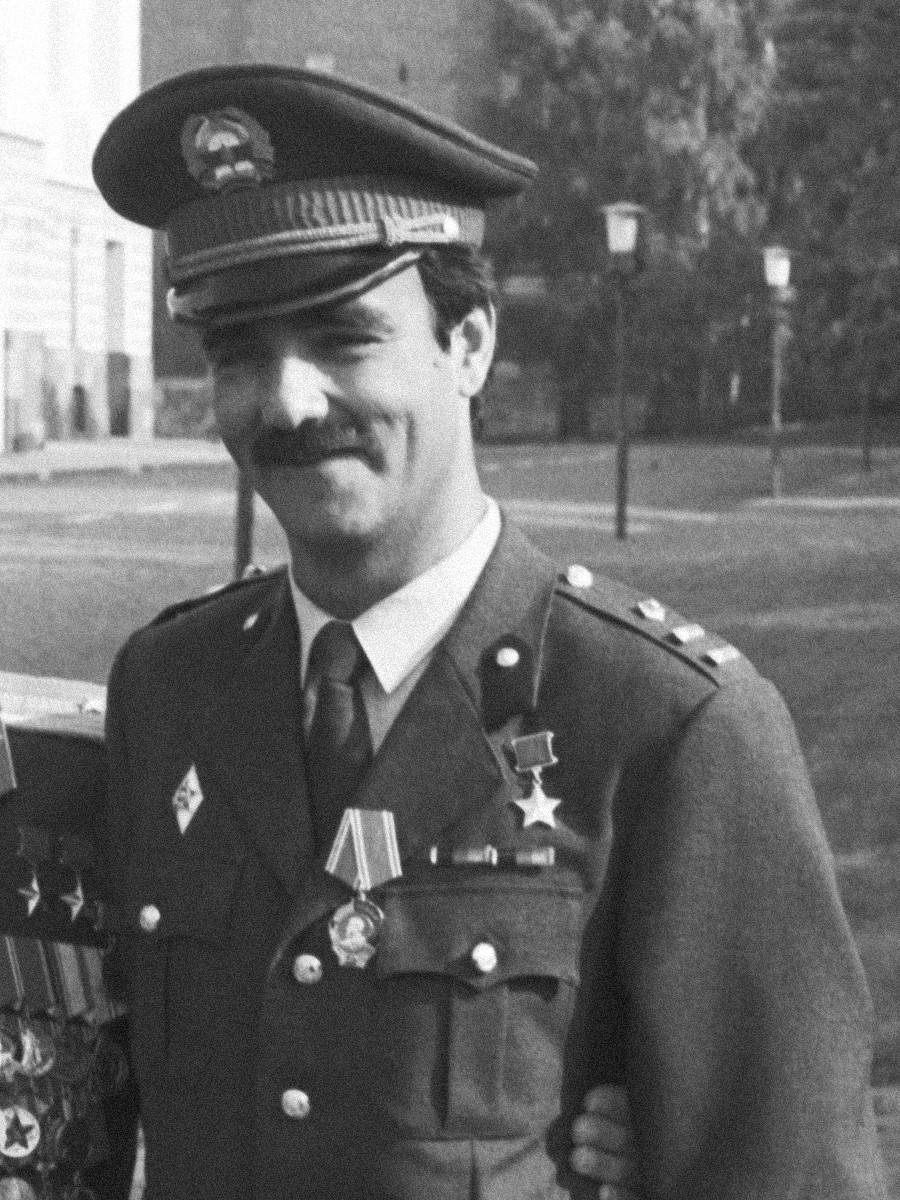 Afghan Air Force Captain Abdul Ahad Mohmand became the first and so far only Afghan cosmonaut in history. On his flight in 1988 he took with him the national flag and two copies of the Koran. Dozens of photographs of Afghanistan taken by Mohmand from space helped to produce the country's first ever cartographic atlas.

Abdul Ahad Mohmand became the last foreign national to be awarded the title of Hero of the Soviet Union.