What does it take to become a modern Hero of Russia? 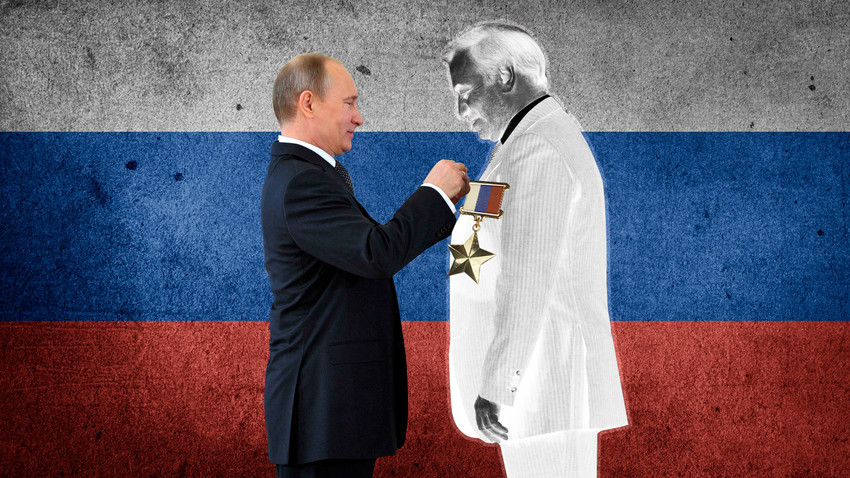 Pixabay, Aleksey Nikolskyi/Sputnik
The country's top honor - the Hero of Russia - is awarded not only to the military and police but also to ordinary schoolchildren. What unites its recipients is that they have saved lives, often at the expense of their own. 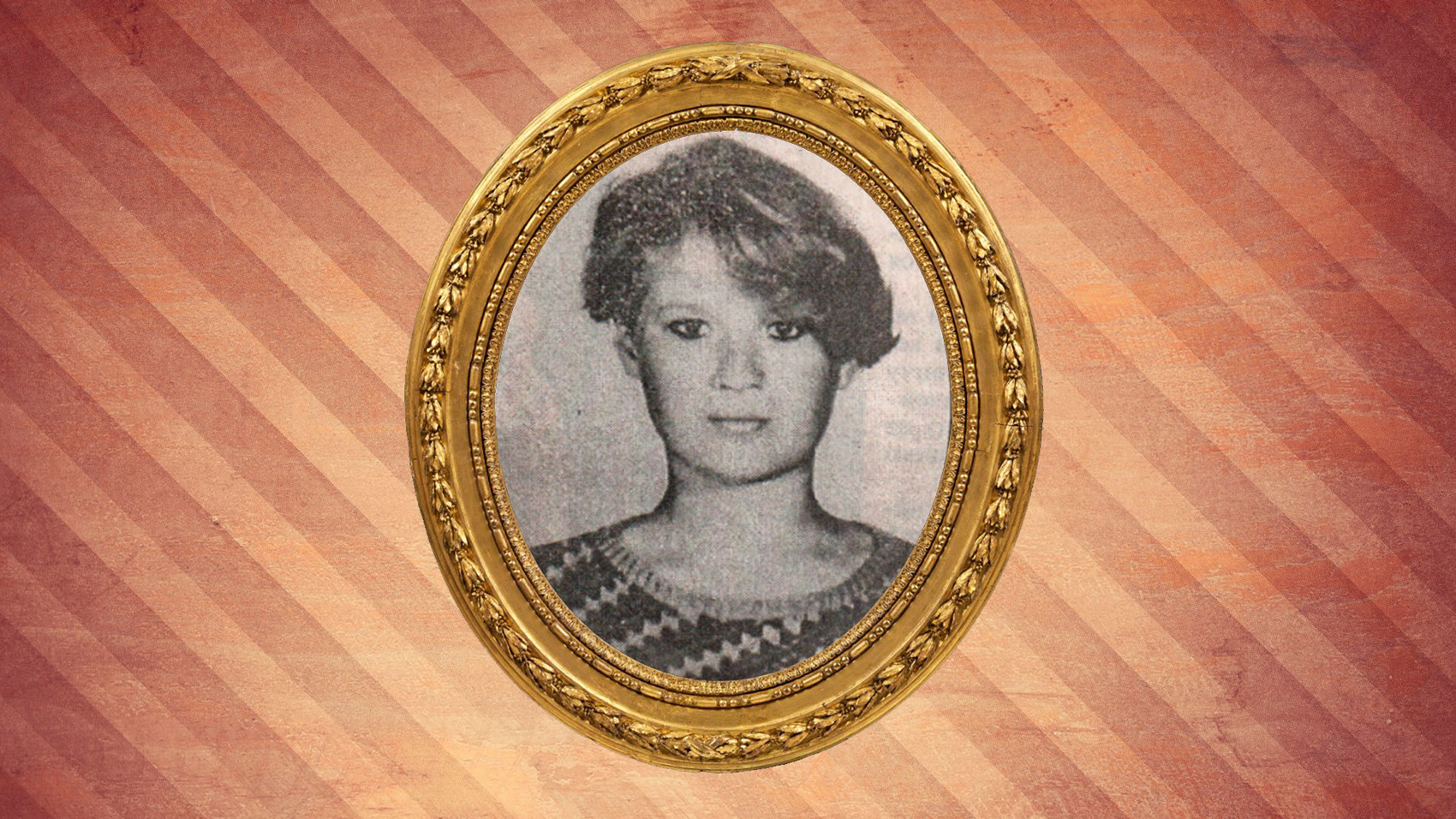 Marina Plotnikova became the first woman to be awarded the title of a Hero of the Russian Federation (posthumously).

On 30 June 1991, Marina, 17, went swimming in the river with her younger sisters Zhanna and Lena and their friend Natasha. When Natasha began to drown, Marina managed to pull her up and push her to the shore. To her horror, she saw that her sisters, who had rushed to help, were being sucked into a whirlpool.

With her last bit of strength, the girl pulled out her sisters, but was unable to get out herself. At the cost of her life, she saved three people. 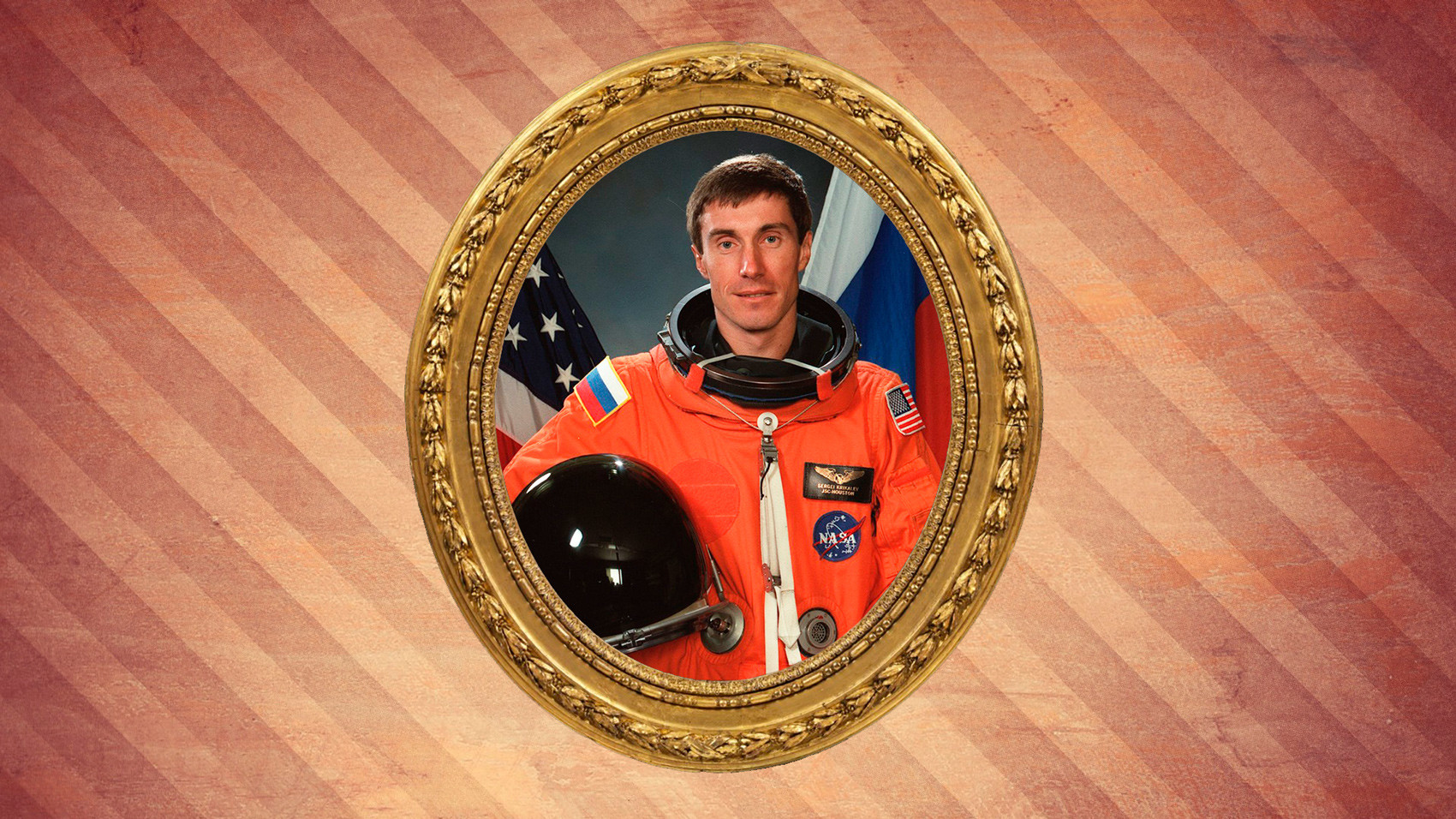 The title Hero of Russia is awarded to almost all cosmonauts who have been on a space mission. However, among dozens of names there are some that stand out.

For example, cosmonaut Sergei Krikalev went into space in May 1991 on a mission that was supposed to last five months. However, because of the breakup of the Soviet Union and the ensuing turmoil and confusion, Krikalev's return back to Earth kept being postponed. Having spent 311 days in space, Sergei finally came back, except that his country was no longer the Soviet Union but Russia.

Krikalev is one of the few cosmonauts to have been awarded the titles of both Hero of the USSR and Hero of the Russian Federation. Furthermore, he is one of the world record holders in terms of the total time spent in space - 803 days. 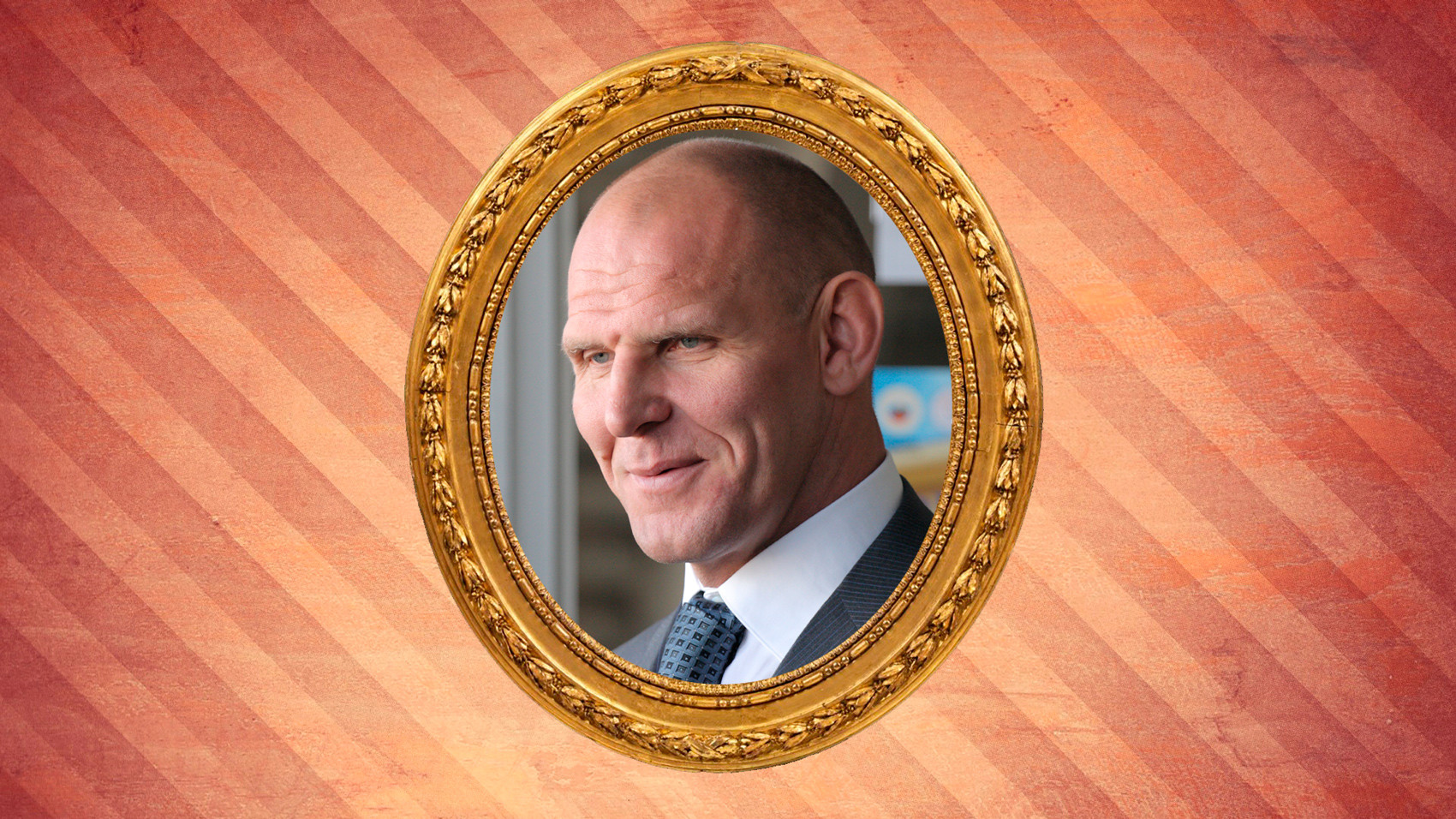 One of the most renowned Russian athletes, Alexander Karelin, is a legend of Greco-Roman wrestling. He holds nine world and 12 European champion titles. He was recognized four times as the best wrestler on the planet and even the best athlete in the world.

During his sports career, Karelin won 888 matches, losing only two. In 1996, he was awarded the title of Hero of the Russian Federation. 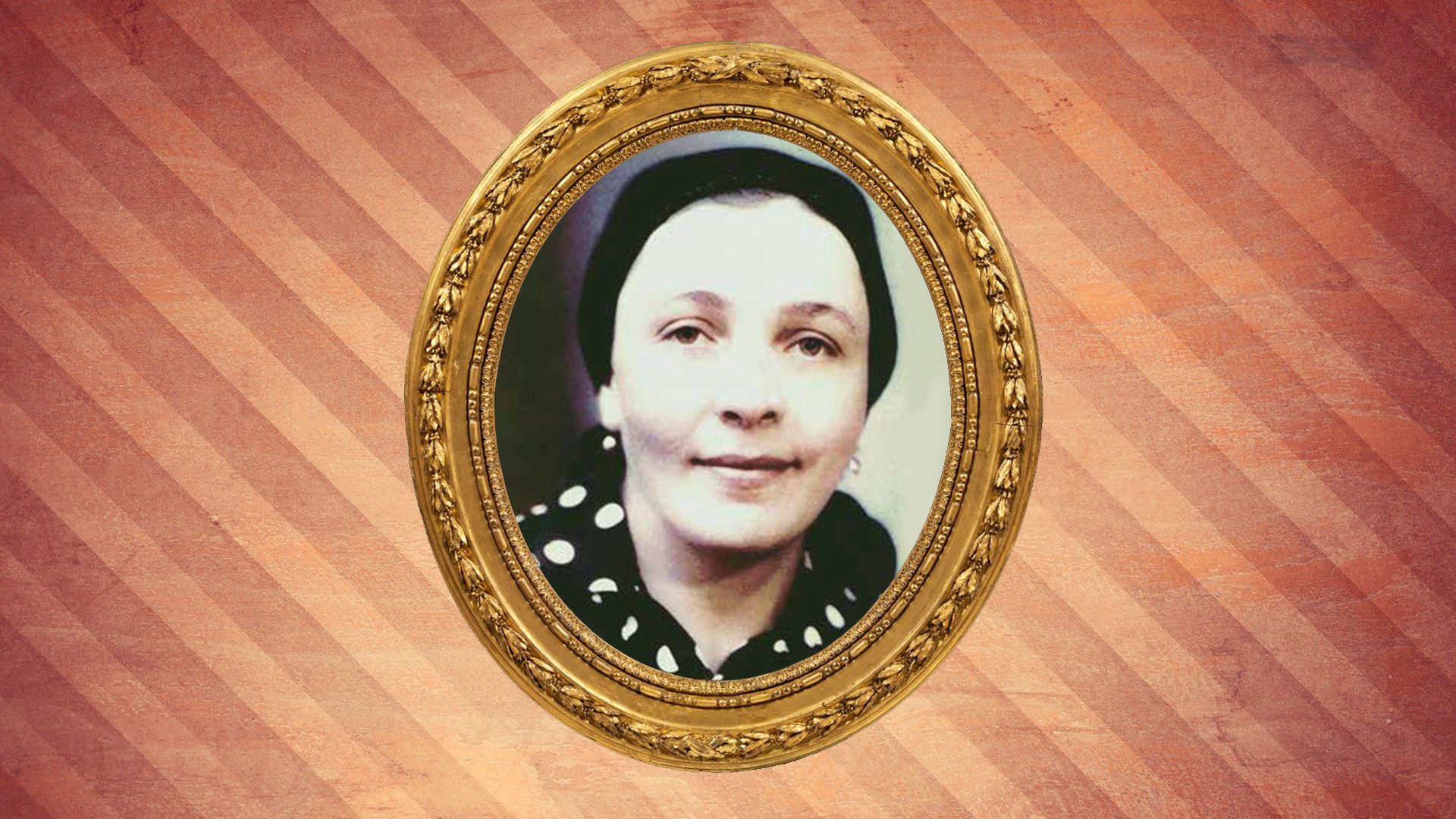 In the early hours on 26 September 2002, a group of militants entered the Ingush village of Alkun, which they hoped to capture without a single shot.

However, the terrorists' plans were thwarted by a kindergarten teacher, Marem Arapkhanova, who tried to wake up her neighbors by screaming loudly. To silence the woman, the militants pointed a machine gun at her husband, but Marem shielded him from the bullets with her body.

Thanks to the self-sacrifice of Marem Arapkhanova, who left behind four young children, the terrorist group was promptly discovered and destroyed. 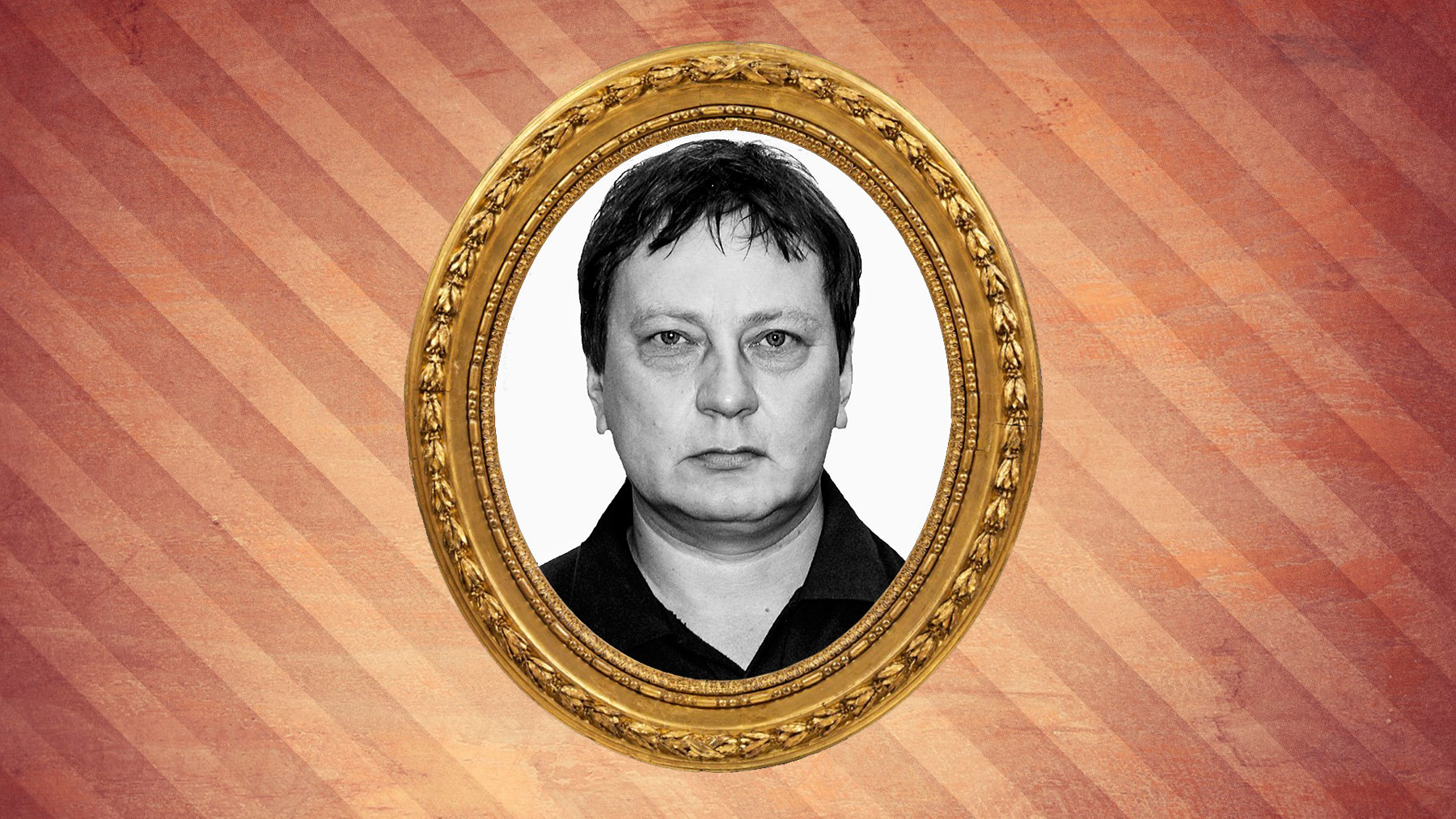 When on 1 September 2004, terrorists seized a school in Beslan, North Ossetia, a team of rescuers were dispatched to the scene, including Valery Zamarayev.

By agreement with the militants, the rescuers were to remove the bodies of hostages who had been executed. However, as they were loading the bodies, a bomb went off inside the school, and the terrorists opened fire.

Gravely wounded by a grenade, Zamarayev lay in the schoolyard unattended for a long time. Even as he was lifted on a stretcher, he asked to evacuate the children first. He died on the way to hospital. 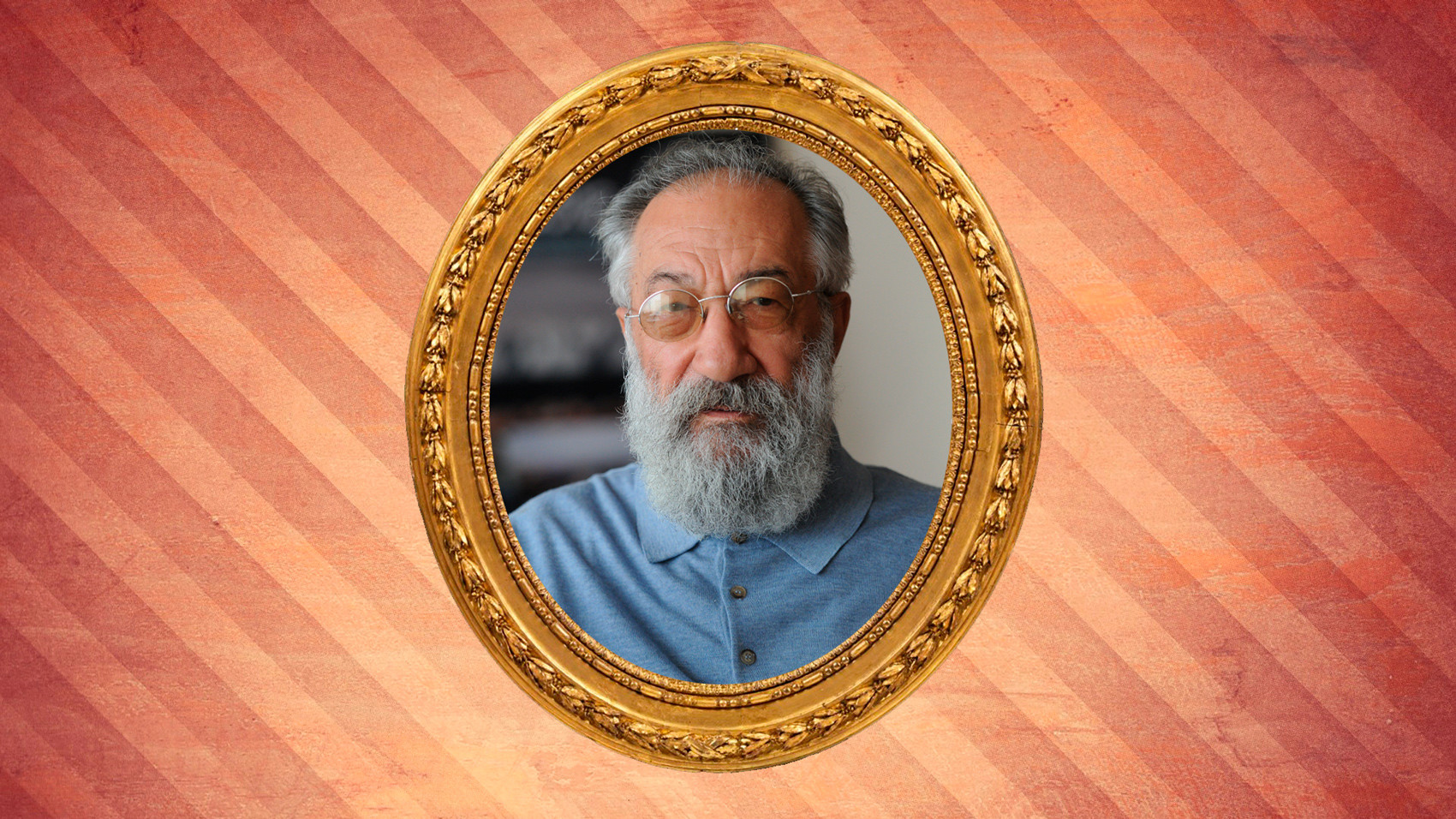 Like the cosmonaut, Sergei Krikalev, oceanologist Arthur Chilingarov is one of the few people to have been awarded the title of Hero of the USSR and Hero of Russia.

Chilingarov devoted his whole life to the study of the Arctic and the Antarctic. In 2007, with a group of scientists on board Mir submersibles, he took part in the first-ever manned descent to the bottom of the Arctic Ocean under the Geographic North Pole, where he erected a Russian flag. 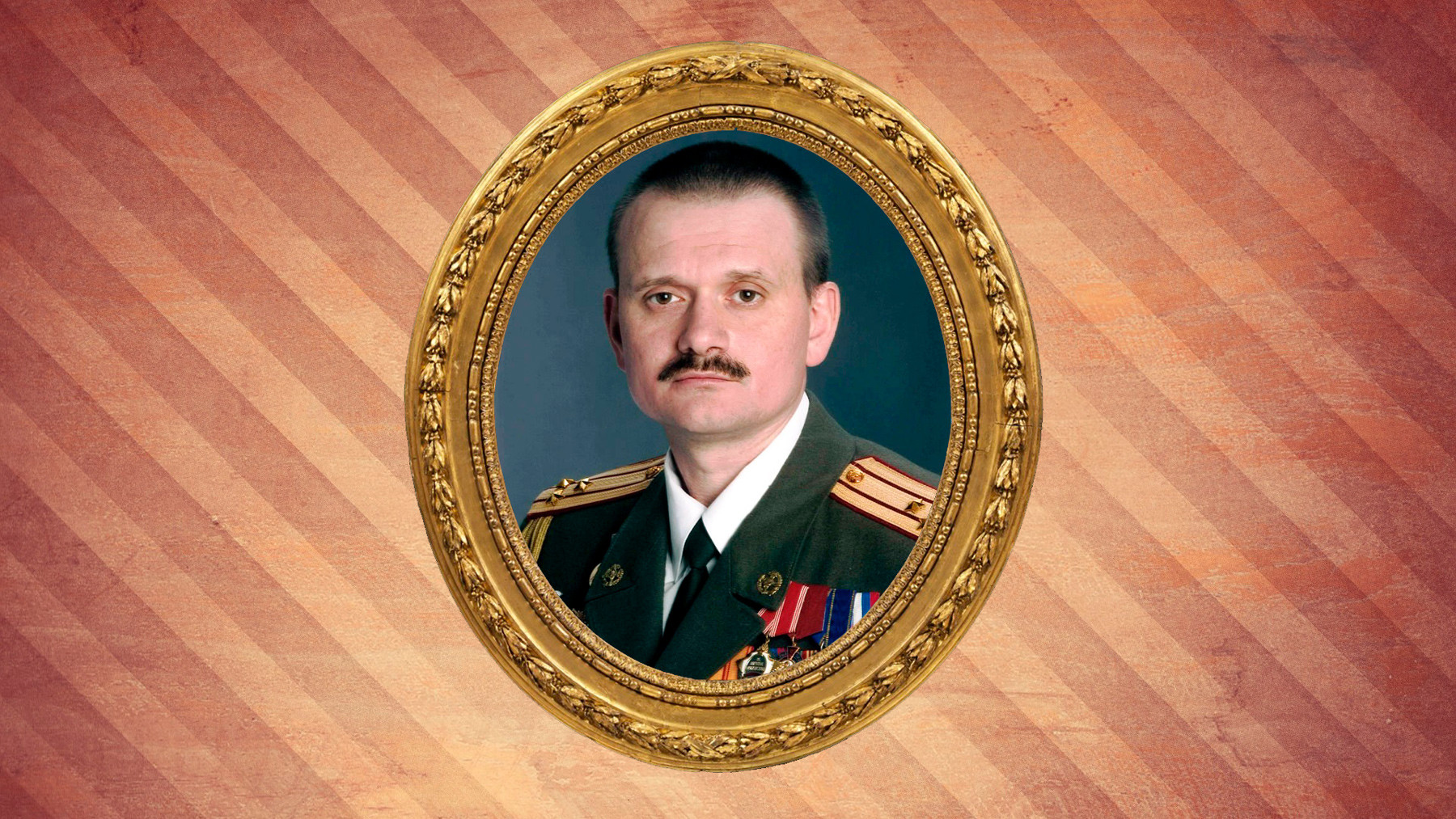 On 20 March 2010, Colonel Yevgeny Chernyshev arrived at the scene of a fire in a business center in northern Moscow. Four floors of the five-story building were engulfed in fire, which could be seen from the other end of the city.

Chernyshev led a group of people out of the burning building and went straight back. Climbing to the top floor, he ordered his men to retreat and went ahead alone to inspect the premises in search of any remaining people. Over the radio, Yevgeny reported that he was running out of oxygen. A few minutes later he died when a roof collapsed. 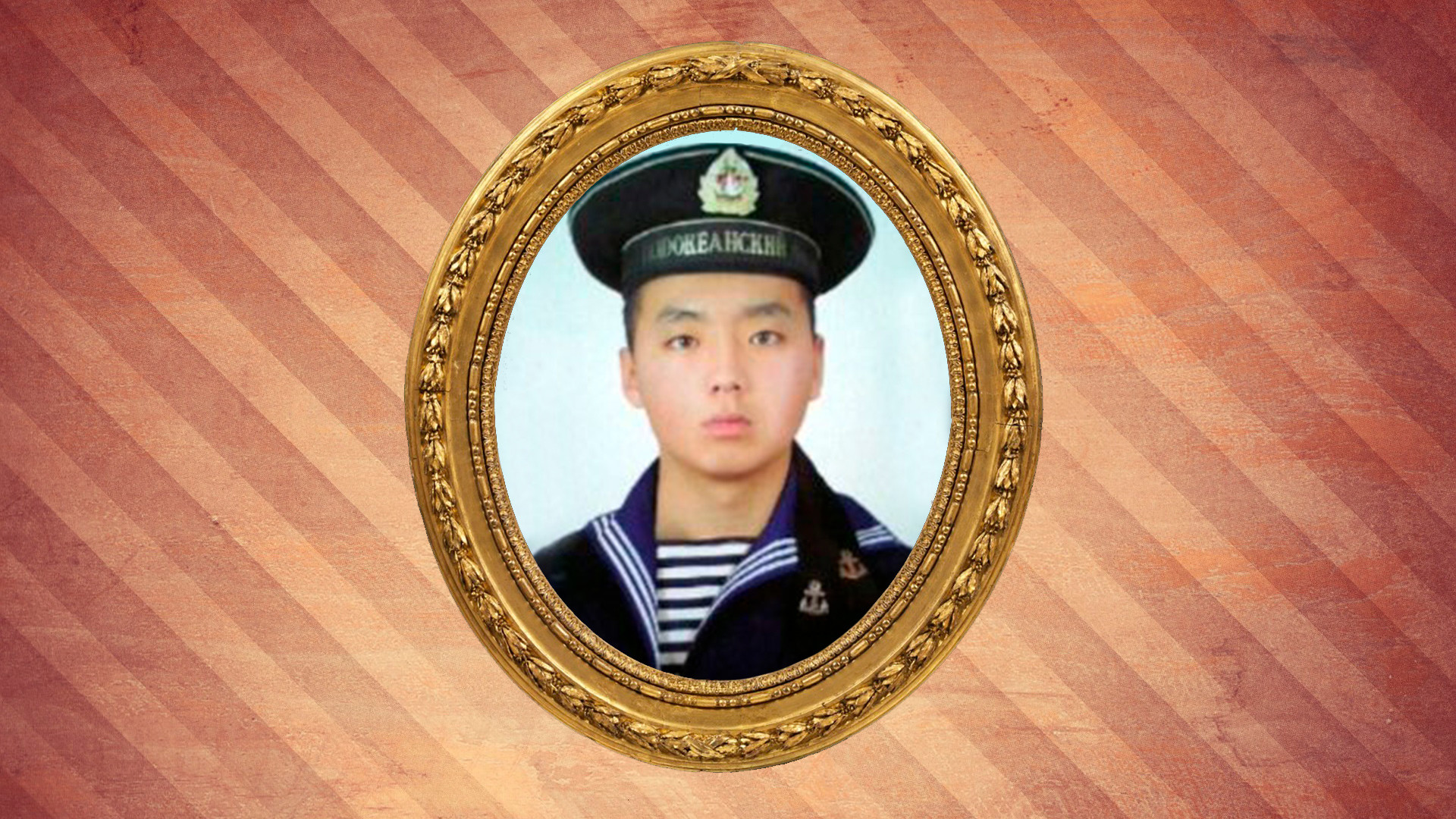 The heroic actions of 19-year-old sailor Aldar Tsydenzhapov saved the lives of more than 300 crew members of the Pacific Fleet's Bystry destroyer.

On 24 September 2010, Aldar started his shift as a boiler house operator. When a fire broke out in the engine room as a result of a short circuit caused by a rupture in a fuel pipeline, there was a threat that the power plant would explode and the whole crew could be killed.

Without hesitation, Aldar rushed to shut off the fuel leak. He spent nine seconds in the epicenter of the fire and was severely burnt. Thanks to his efforts, the tragedy was averted. Aldar died in hospital four days later. 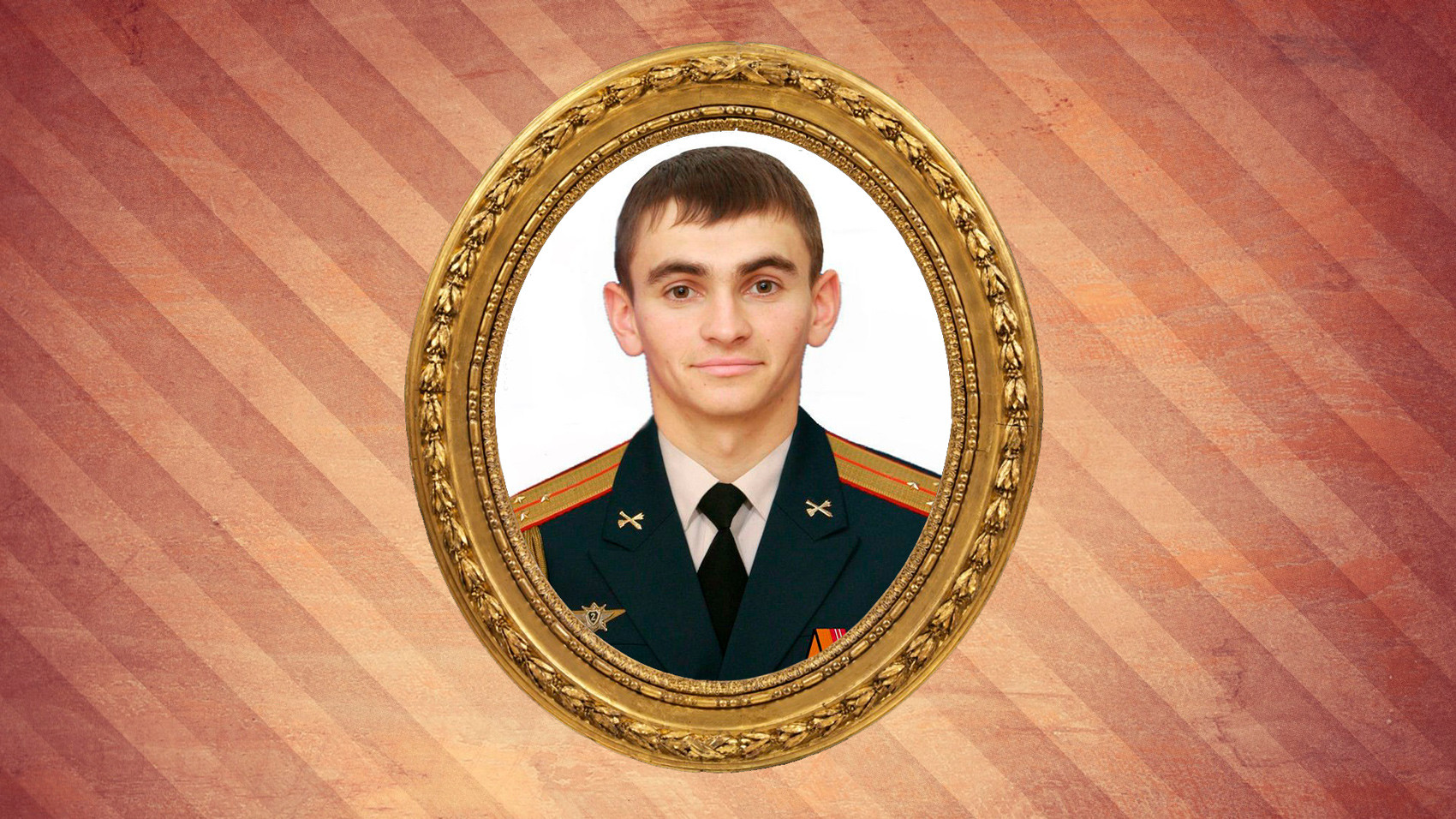 During the Russian military operation in Syria, Senior Lieutenant Alexander Prokhorenko was entrusted with one of the most dangerous tasks – to operate behind enemy lines. From the ground, he was guiding airstrikes against key Islamic State facilities.

On 17 March 2016, Alexander was surrounded by militants near the city of Tadmor in the province of Homs. Unwilling to surrender, he fought to the end and guided an airstrike on to himself. He was killed but the enemy surrounding him was destroyed too. 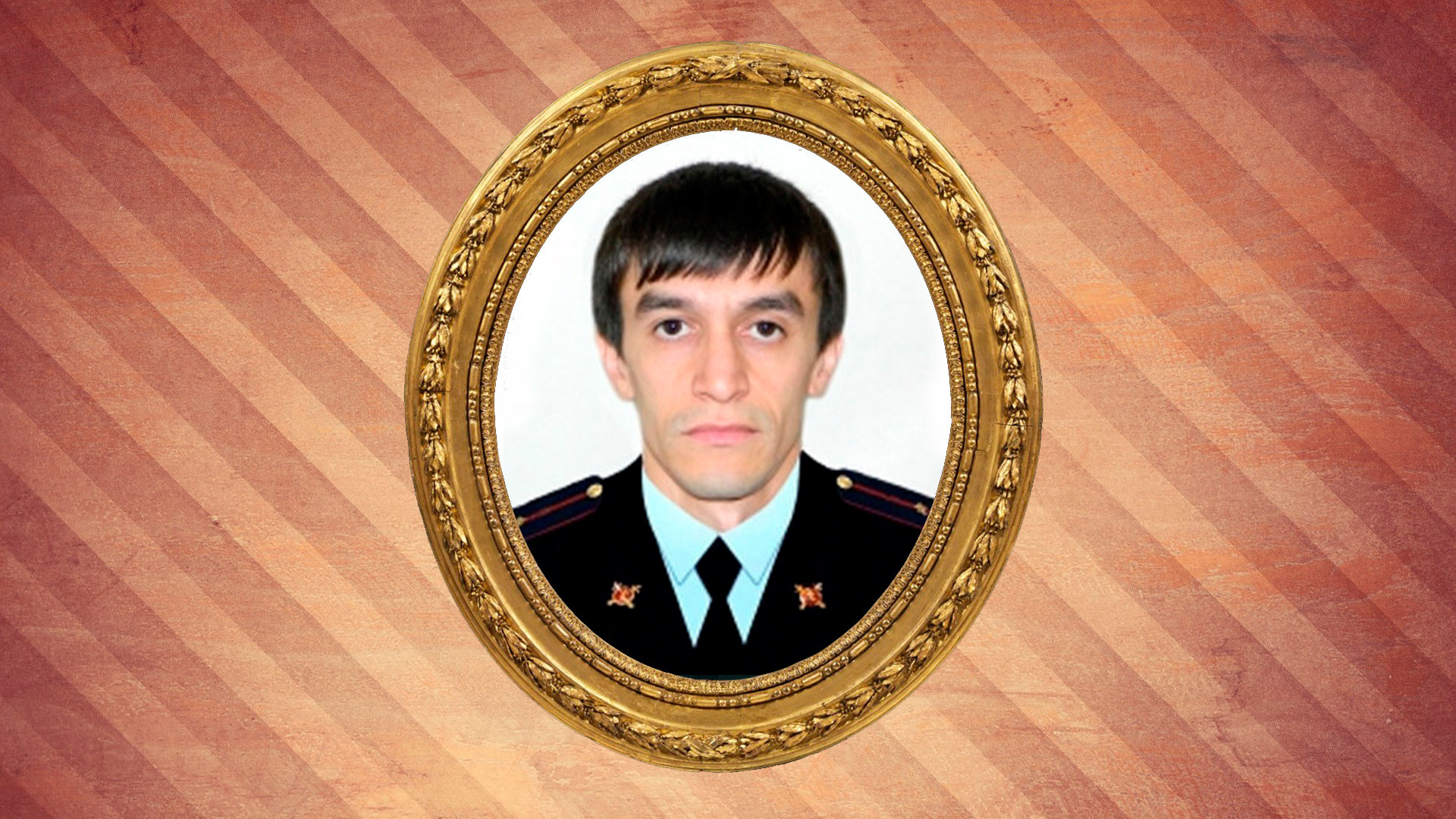 On 9 July 2016, police Lieutenant Magomed Nurbagandov was having a picnic with relatives in a forest near the village of Sergokala in Dagestan. There they were attacked by armed men, calling themselves Islamic State recruits.

Having killed Magomed's cousin, they - as evident from mobile phone footage that emerged later - demanded that Magomed urge his colleagues to quit. Remaining true to his oath and duty, Nurbagandov categorically refused, saying: “Work, brothers!” After that, he was shot dead. 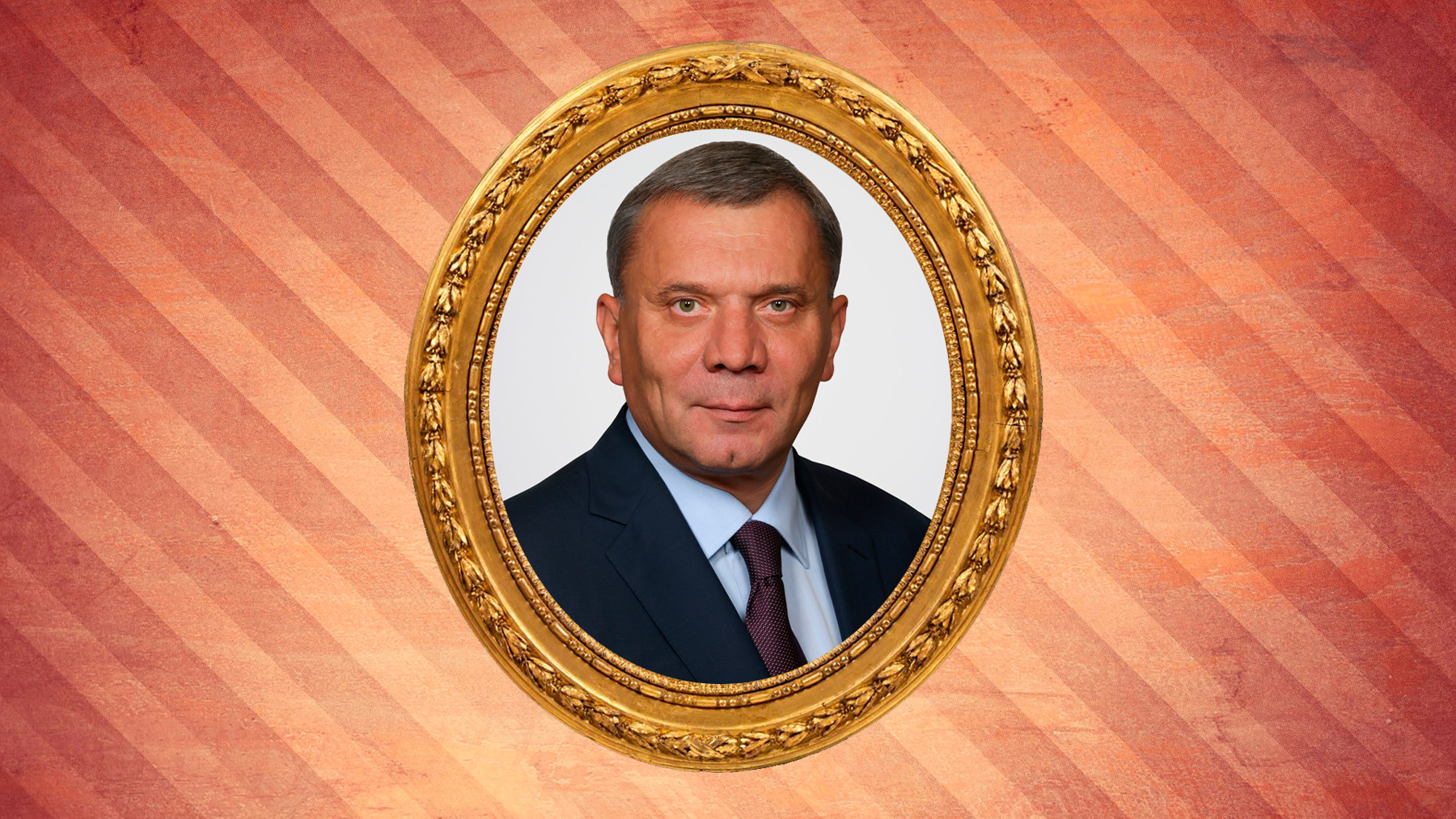 After 20 years serving in the Armed Forces of the USSR and then Russia, Yuri Borisov had proven himself in various senior positions, where he dealt with the development of industry and the military-industrial complex, military-technical support of the Armed Forces, and national defense.

In 2018, by a classified presidential decree, Borisov was awarded the title of a Hero of the Russian Federation “for courage and heroism shown during the performance of a special task”. 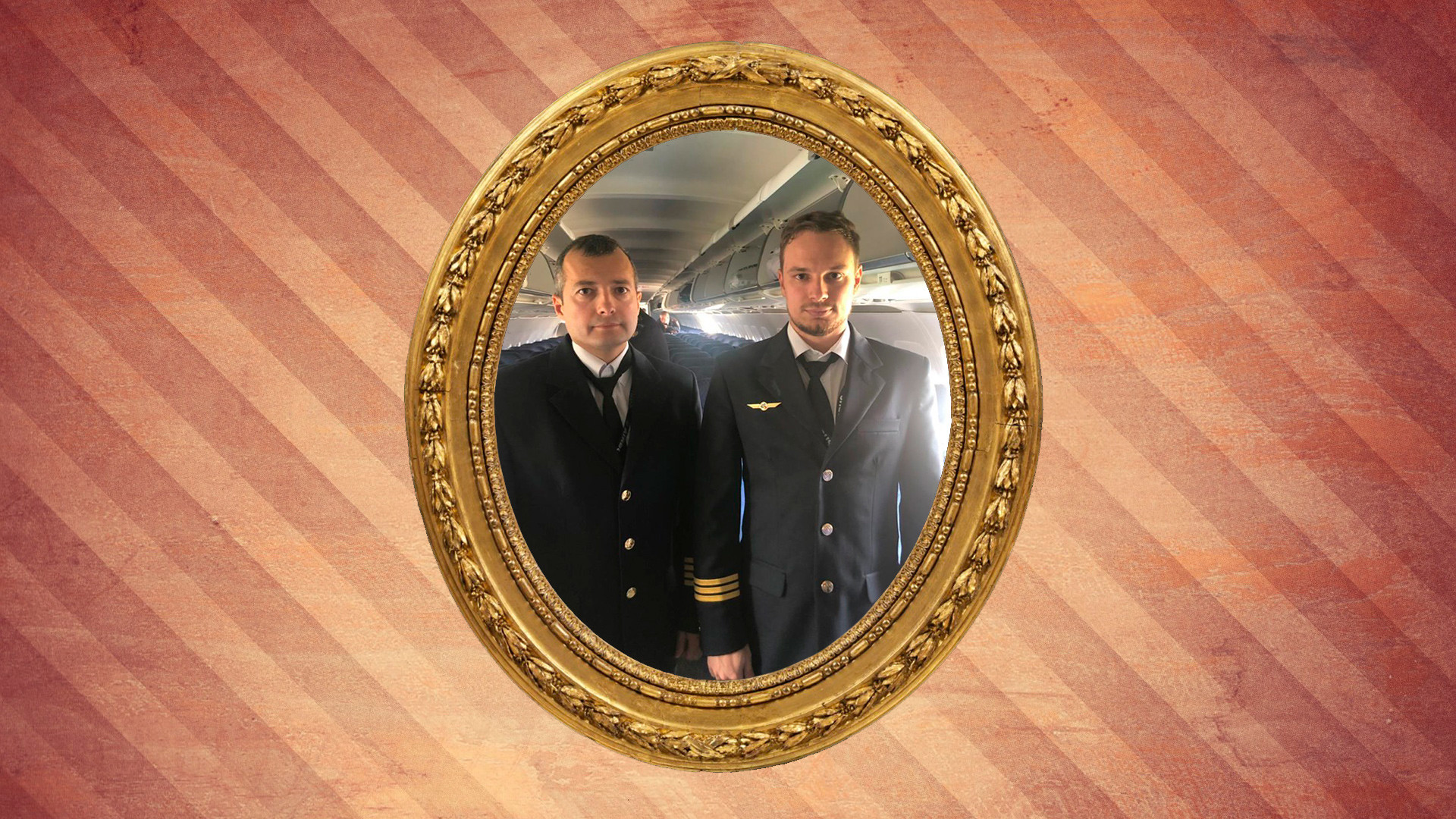 The latest titles of Hero of Russia were awarded following the miraculous crash landing of a passenger A321 aircraft in a cornfield near Zhukovsky Airport on 15 August 2019.

After both engines shut down when the plane hit a flock of birds during take-off, the pilots Damir Yusupov and Georgy Murzin had no other choice but to bring down the aircraft in a field near the airport. Thanks to the pilots' calm and professional actions, the plane landed safely “on its belly” without landing gear (which had not been released for safety reasons) and with full fuel tanks, for which Yusupov and Murzin received Russia's highest award.