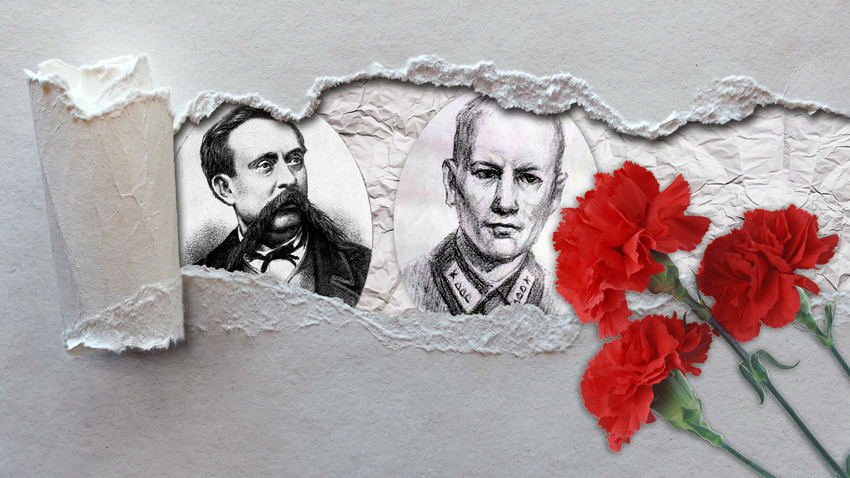 Public domain
Their names won’t ring a bell, but just wait until you hear what these people accomplished. You’ll agree they’re real heroes: the chemist who almost invented dynamite; a submarine captain who prevented nuclear war; a lone soldier who stood against Guderian’s tanks, and more. 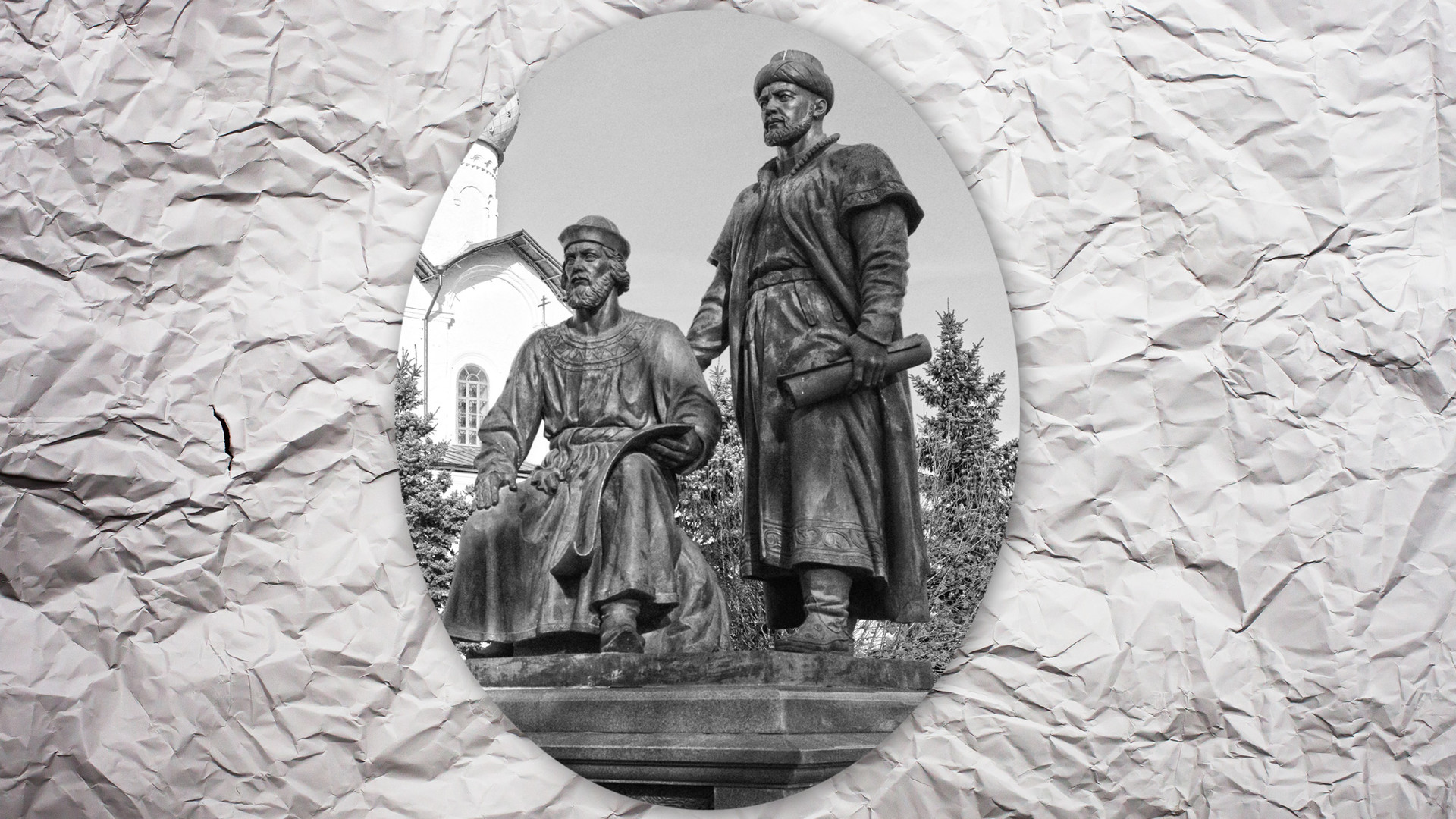 Few people remember the names of the architects of this symbol of Russia. “And then God gave him (Ivan the Terrible) two Russian craftsmen named Postnik and Barma, wise and appropriate for such wondrous enterprise,” says the chronicle about the architects who supervised the construction of St. Basil’s Cathedral in Moscow in 1555–1561.

According to legend, after the cathedral was finished, Ivan the Terrible ordered to poke out their eyes so they could never create anything again like the magnificent cathedral. Built to honor the conquest of the Kazan Khanate, the cathedral was the foremost place of Orthodox worship in Muscovy at that time.

Little is known about Postnik and Barma. There was a theory that they were, in fact, a single person. Ivan Barma is credited with the main plan for construction. Postnik Yakovlev is also the creator of the walls and towers of the Kazan fortress, which resemble those of the Moscow Kremlin. The fact that Postnik Yakovlev worked in Kazan, at least until 1562, contradicts the legend about the blinding of the architects. 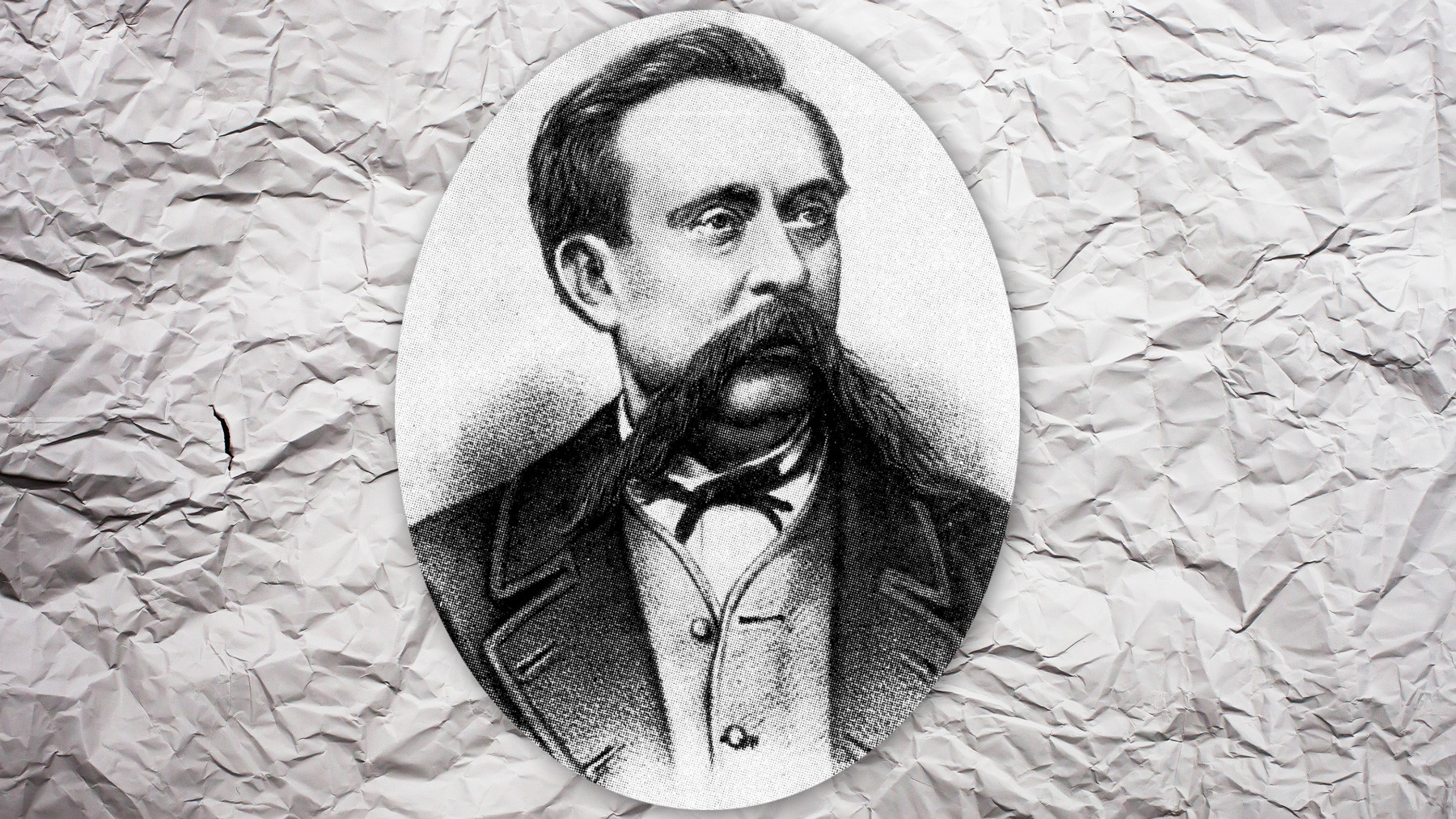 Nikolay Zinin didn’t want to become a chemist. He considered himself a mathematician, but in 1835, the rector of Kazan University, where Zinin worked, the famous mathematician Nikolay Lobachevsky, asked the 23-year-old Zinin to teach a chemistry course, and Zinin couldn’t refuse. In two years, the promising scientist was sent to Europe, where he studied under leading chemists and physicists of his time, including Michael Faraday.

Zinin’s discoveries include aniline and benzidine, substances used in dye production. But Zinin’s most prominent discovery was the mass production of nitroglycerine, which had been widely used in the making of explosives.

Zinin reported the discovery to his neighbor, Alfred Nobel, who later accidentally spilled nitroglycerine into a crate filled with dirt, and revealed that granular substances become highly explosive when soaked in nitroglycerine – that’s how dynamite was born. Zinin’s biographer, Mikhail Levitsky, wrote that Zinin grumbled: “This Alfred Nobel has stolen dynamite’s secret from under our noses!” The great chemist was never famous for politeness. 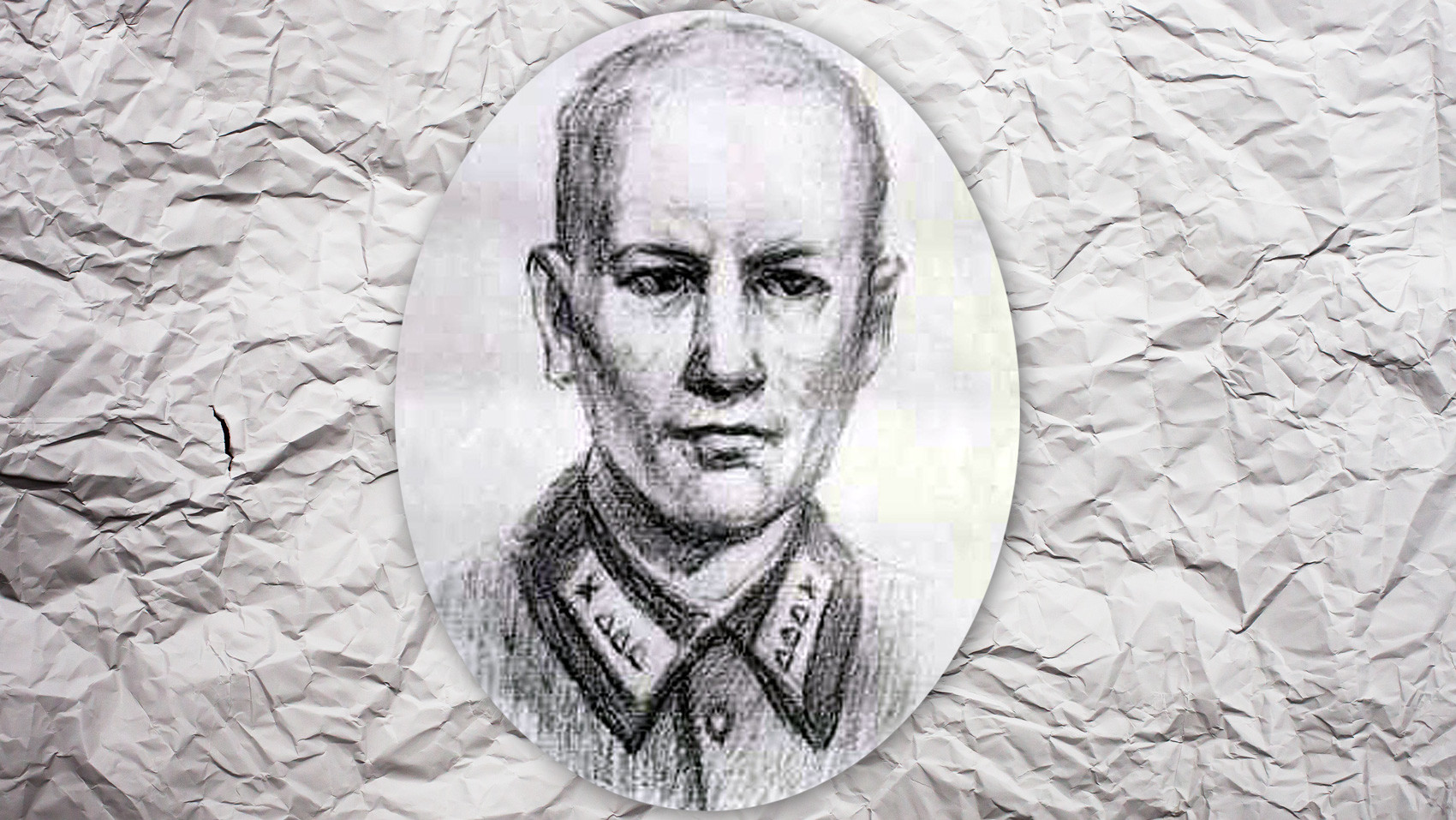 July 1941, the Red Army rapidly retreated on the Warsaw – Moscow highway in Belarus, pushed back by the 4th Panzer Division under General Guderian. Nikolay Sirotinin, a 20-year old factory worker from Orel, was in a rifle division whose commander followed the order to retreat, leaving a 76-mm gun to slow down German tanks while the main force retreated. Only two men, a battalion commander and  Staff Sergeant Sirotinin, continued to man the gun that was hidden inside a rye field on the hilltop.

As the tank column approached, Nikolay knocked out the first and the last tanks, blocking the road. At this point, the battalion commander was wounded and retreated, commanding Nikolay to follow, but the cannon had 58 more shots left. In 2.5 hours, Sirotinin destroyed 11 tanks and 7 armored vehicles, killing 57 Germans. When he ran out of ammo he fought back with his rifle until the end.

When the Germans took the nearby village of Sokolnichi, the Nazis treated Sirotinin’s body with respect. An interpreter from the village reported that the German officers praised Nikolay’s bravery and said that the war would be won if everyone in the German army fought as this Russian sergeant did.

His remains were later buried in a mass grave. Unfortunately, even his relatives couldn’t find any of his photo portraits, so this pencil drawing made his fellow servicemen’s recollections is the only image of Sirotinin. 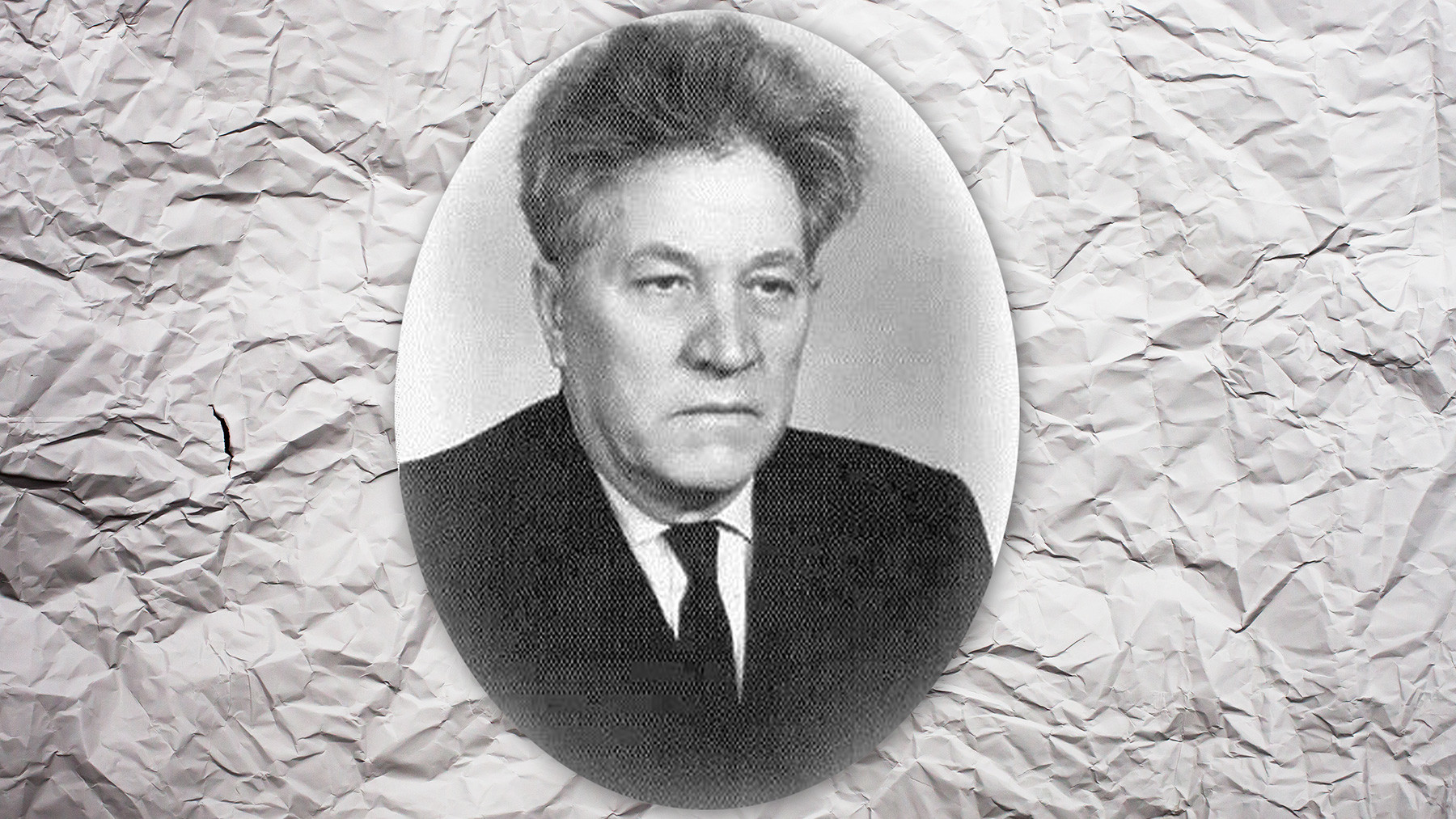 Russian doctor helped save thousands while held in a German prison of war camp.

Georgiy Sinyakov, 38, was drafted in June 1941 as a military doctor, but in October 1941 he was captured by the Nazis and sent to Stalag III-C, which was 80 km east of Berlin. There, he became a camp doctor after passing a kind of “exam”: barefoot in the cold  4 hours he masterfully operated on someone’s abdomen.

Sinyakov decided to act to save as many prisoners as he could. His method was simple: he treated wounded and infected patients, but often reported to the Germans that the medication didn’t work and that the patient died. At night, dead bodies were taken out and dumped into a ditch. Then, the ‘dead’ patients had a chance to escape to Soviet territory, (Sinyakov and his accomplices supplied the escaping prisoners with hand-copied maps and a compass).

Sinyakov also operated on Germans, even saving the son of the camp’s warden, and was rewarded with enlarged rations that he shared with fellow prisoners. It’s hard to count all the soldiers Sinyakov saved, but the most prominent was Anna Egorova, who was a fighter pilot shot down by the Germans and sent to Stalag III-C. Sinyakov saved her life and helped her until the camp was liberated in January 1945.

Sinyakov then continued with the Red Army to Berlin. After the war, he lived a quiet life in Chelyabinsk and died in 1978. 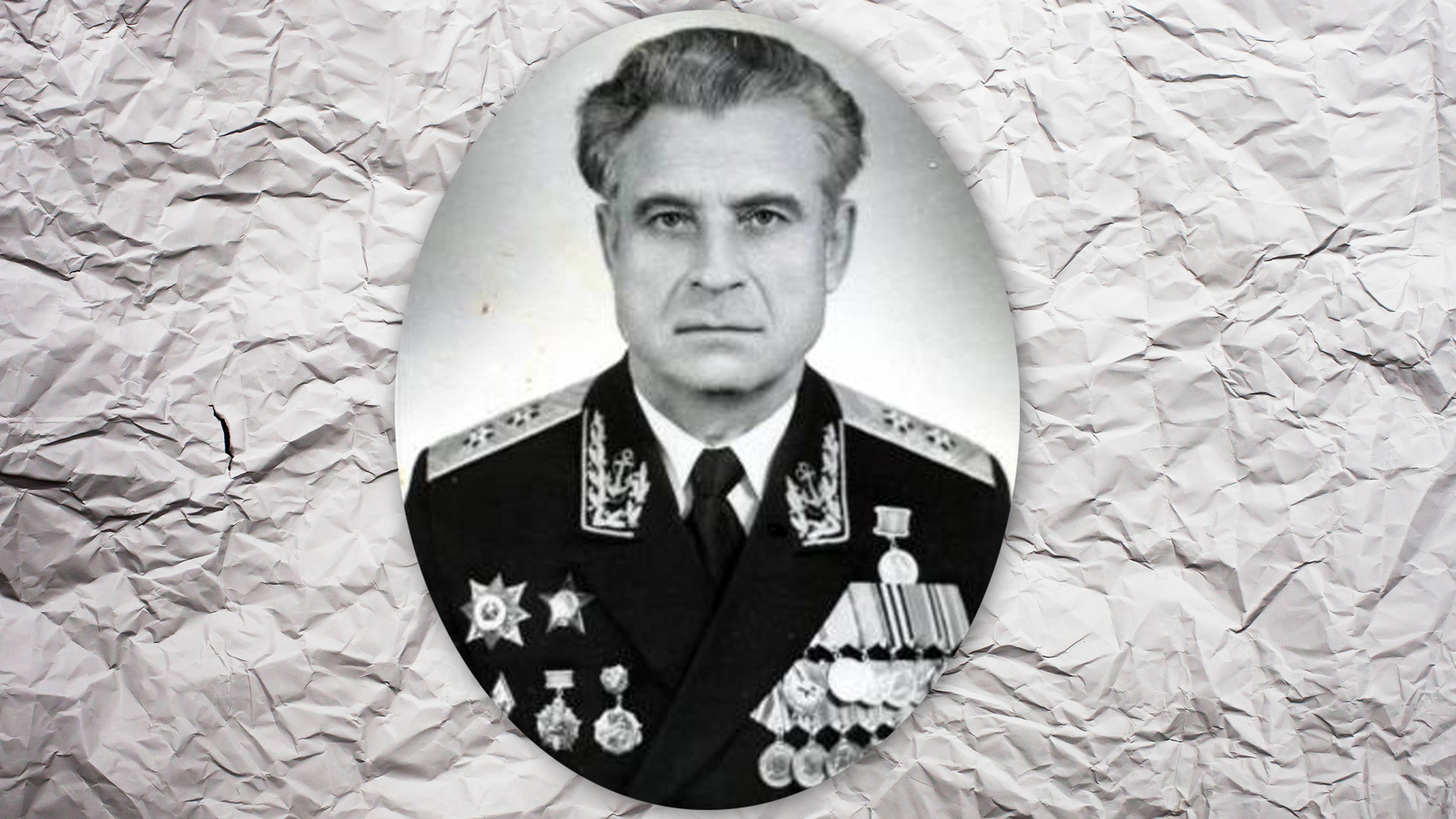 Unlike other heroes, this man’s heroism was in not taking action.

On October 27, 1962, during the Cuban Missile Crisis, American warships started to push Soviet submarines out of Cuban territorial waters by dropping depth charges. Captain Vasiliy Arkhipov was one of the commanders of a submarine that carried nuclear weapons. Launching those missiles could only be done with permission from Moscow, but Arkhipov had lost all communications with Moscow. The submarine’s other commanding officers decided to fight back rather than meet the demands of the Americans to leave Cuban waters. Captain Savitsky was ready to launch a nuclear missile, but Arkhipov ordered the submarine to surface. Then, all four Soviet vessels left Cuban waters. The next day, Nikita Khrushchev and John Kennedy came to an agreement that ended the crisis. Thanks to Arkhipov, a possible nuclear war was prevented. He returned to the USSR and led a quiet life.

These events remained secret for many years. Only in 2002, Robert McNamara, the U.S.  Secretary of Defense under Kennedy and during the Cuban Crisis, revealed the details of the incident and said that on Oct. 27, 1962, the world was closest to nuclear war than at any other time.

Arkhipov didn’t have the chance to share his recollections on the nearly apocalyptic event – he died in 1998. Here you can read the in-depth version of his story.