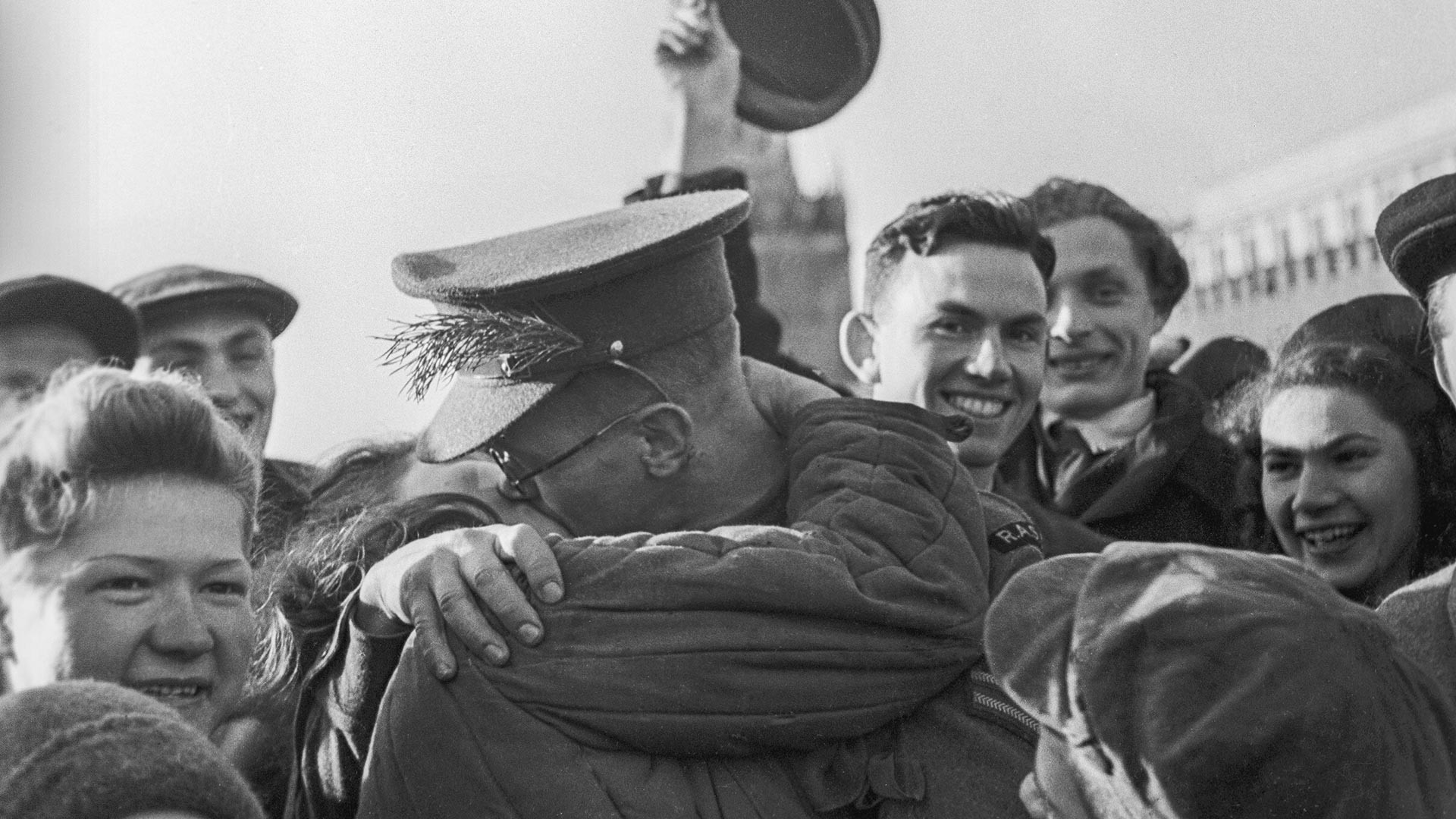 Mikhail Ozerov/Sputnik
The majority of Soviet citizens were in no doubt that a defeat in the war would mean their death. That is why, for them, the long-awaited victory literally meant salvation and a new life.

At 2:10 am on May 9, 1945, Soviet radio announced to the citizens of the USSR the good news that they had been waiting for for so long – Germany’s unconditional surrender had been signed in the Berlin suburb of Karlshorst. 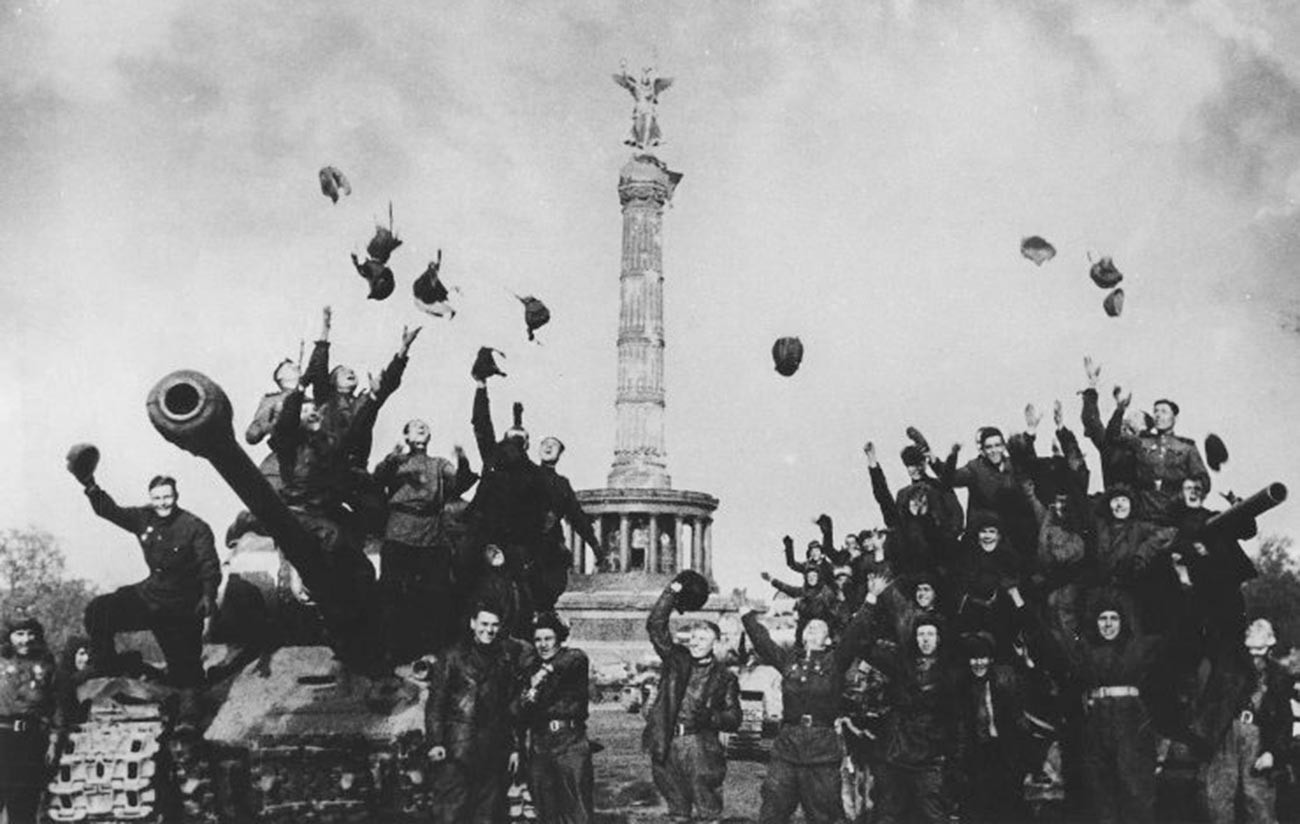 The radio presenter Yuri Levitan, who read out that momentous piece of news, recalled: “In the evening, we announced several times that, as an exception, that day the radio would work until four in the morning. We tried to read that seemingly mundane piece of news, so that people would get the message: do not go to bed. Wait! And immediately, we were inundated with phone calls – happy voices of people we knew and of complete strangers shouting into the receiver: “Thank you! We got the hint! We are setting the tables! Well done!” 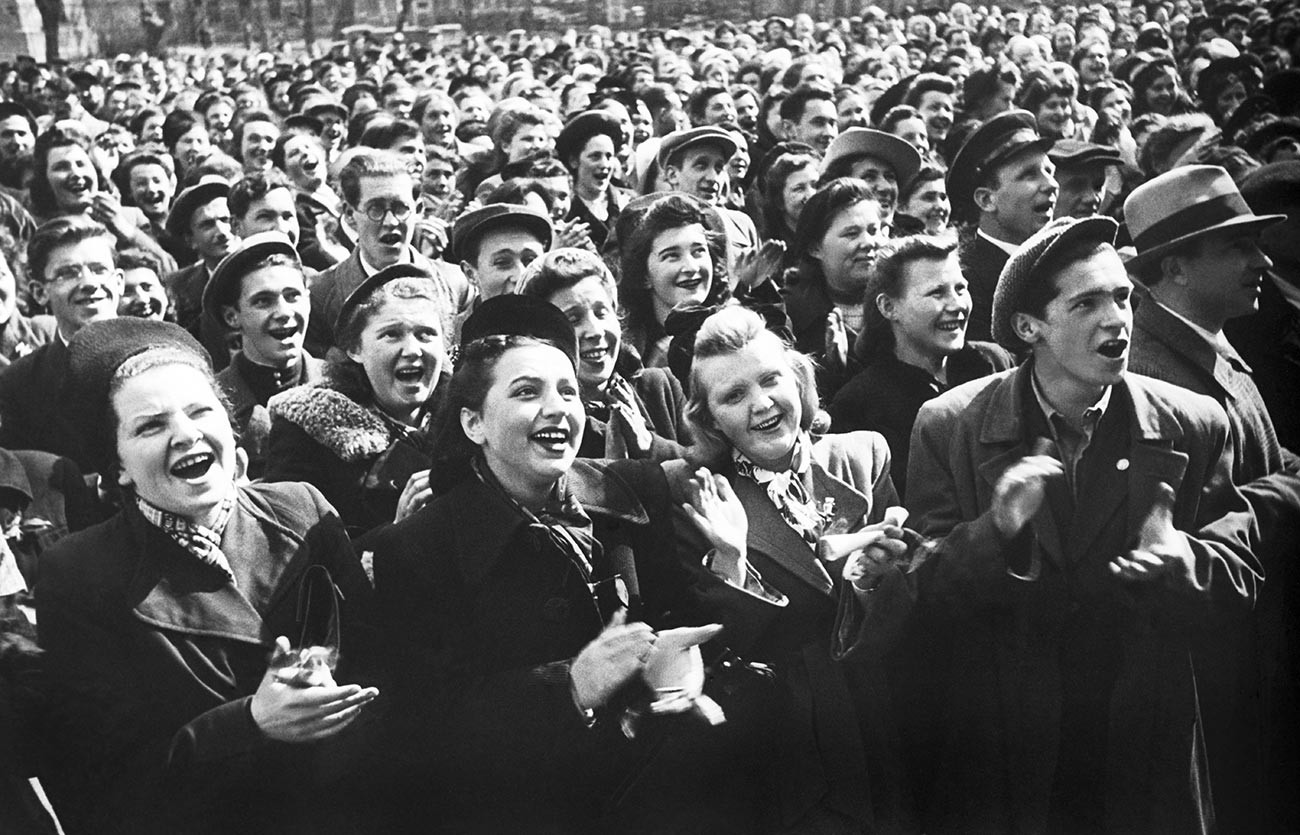 The whole country did not sleep that night. People opened their windows, woke up their neighbors; there was music everywhere and joyful chanting: “Victory! Victory!” “Everyone poured out into the street – people were hugging, crying, laughing. There was euphoria everywhere,” recalls Yasen Zasursky. 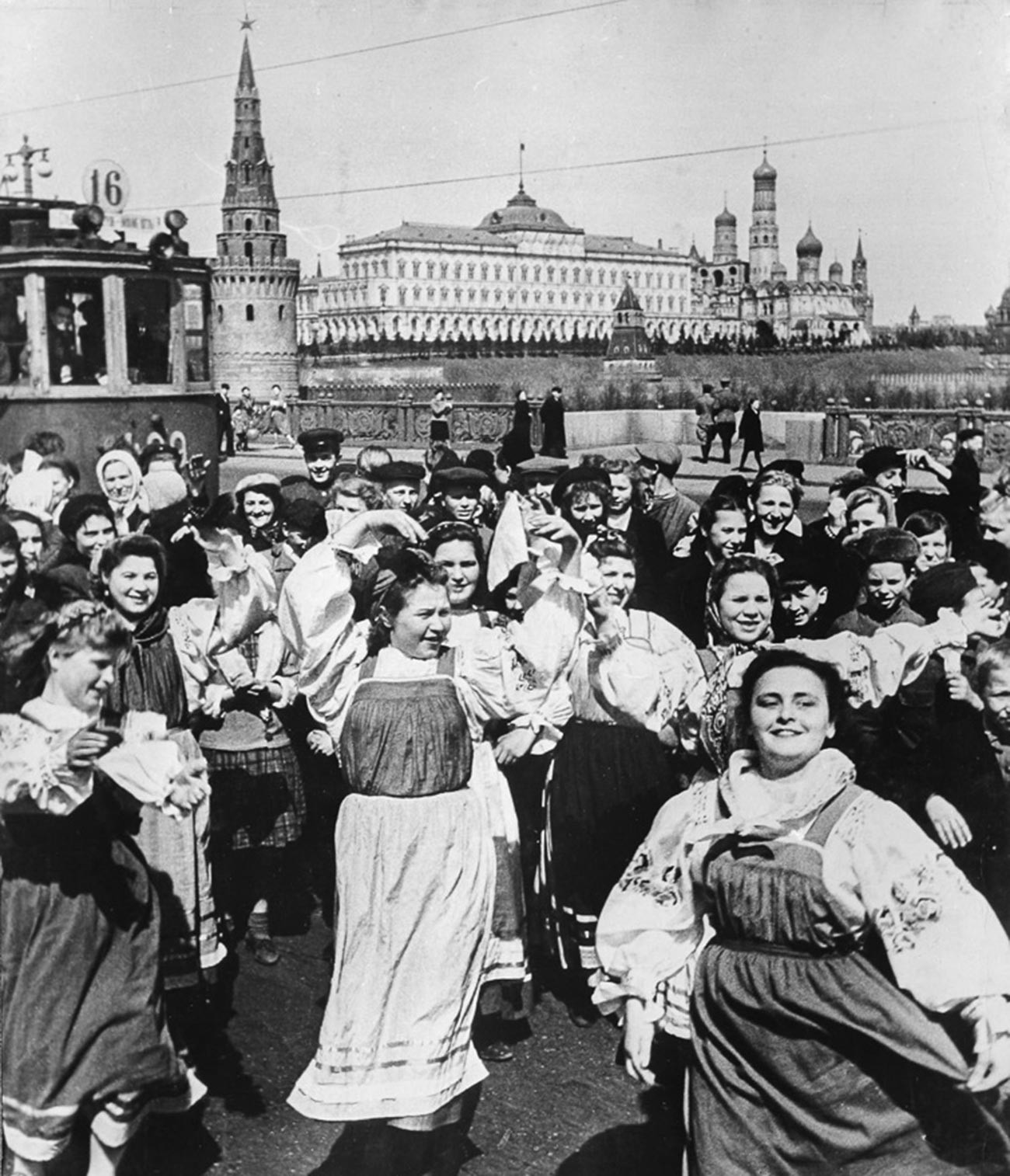 If people saw a soldier or an officer in the street, they would immediately grab him, lift him up in their arms and start throwing him up in the air. “Strangers were kissing each other. I don’t remember such a unity between people as there was on May 9, 1945. We were as one - Russians, Tatars, Uzbeks, Georgians - we were all united as never before,” Muscovite Gennady Tsypin recalled. 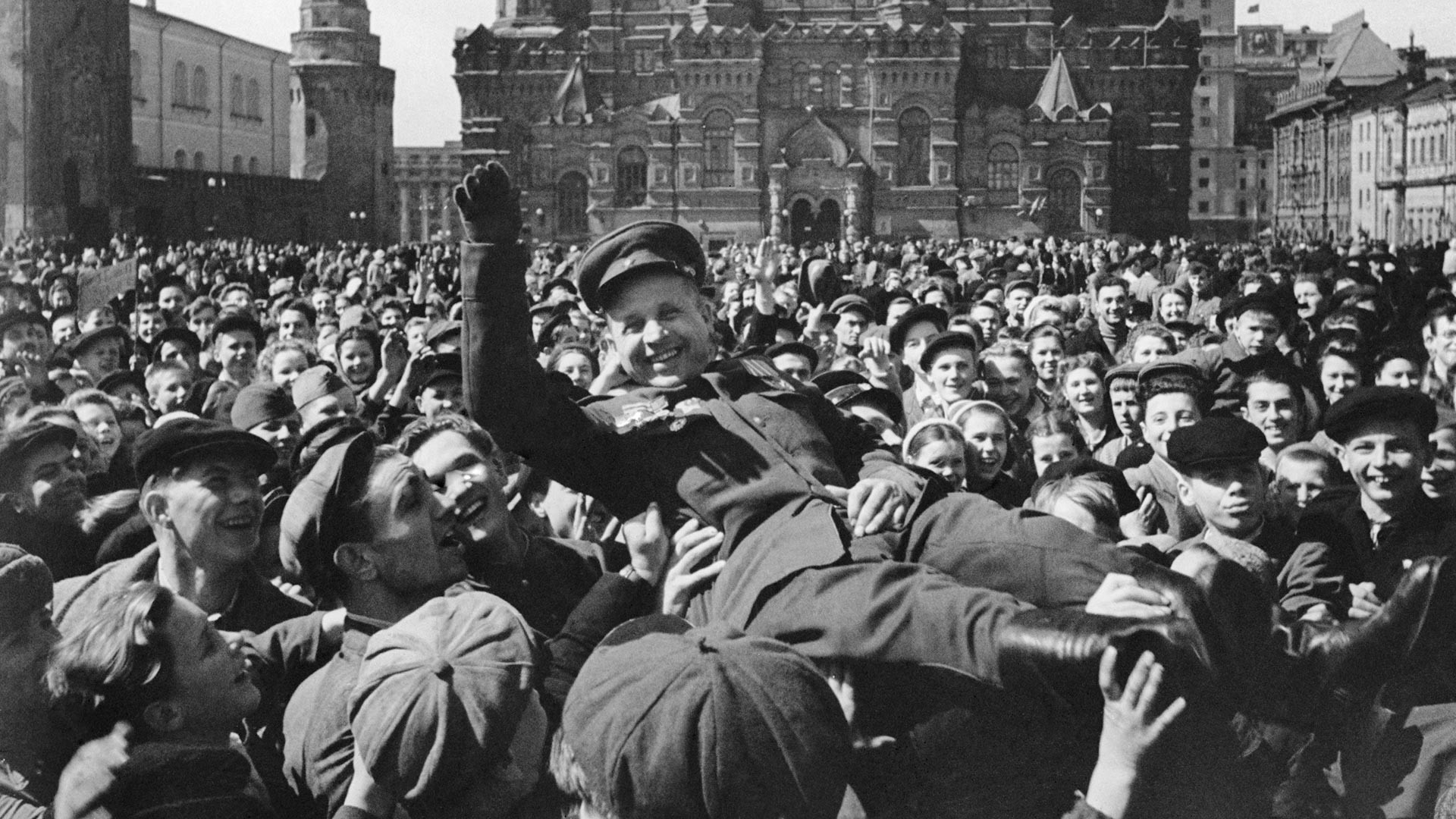 Lyudmila Surkova, who lived in Moscow at that time, recalled: “The crowd is flowing along the street like a river. Streams of people join it from the alleys. Everybody is heading towards the city center. Trucks with soldiers are also trying to get there. The soldiers bend down, kiss those whom they can reach. People are throwing packs of Belomor [cigarettes] into the trucks, passing bottles around... Everything that had been accumulating for four years - suffering, hope, disappointment, loss – comes out in a single burst of emotion, encompassing everyone, reinforced many times over. It seems impossible, but everyone understood each other, everyone became close as family.” 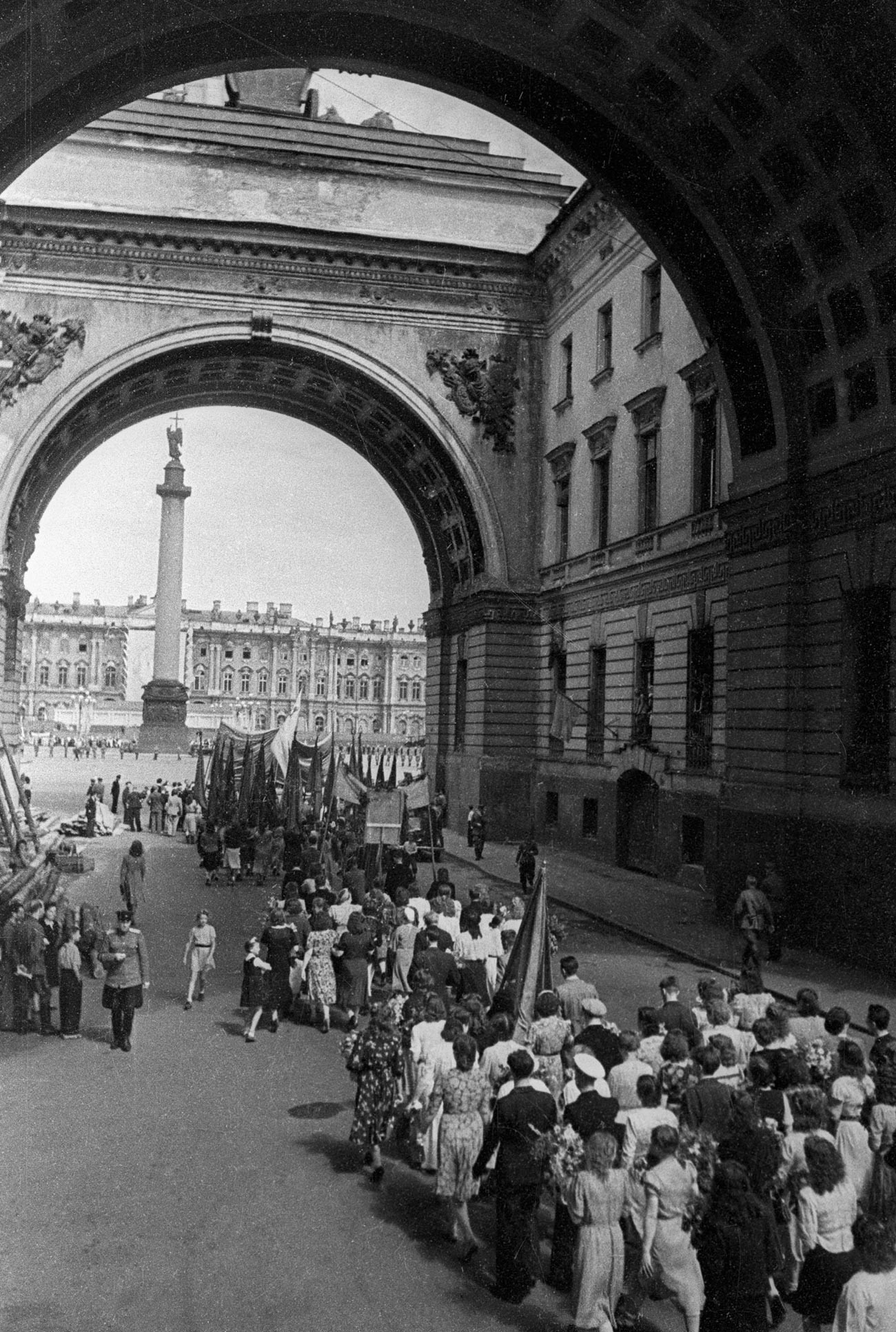 “The windows are wide open, with songs and light streaming out of them. Leninskaya Street (now known as Svetlanskaya Street) is in searchlights, there are anti-aircraft batteries on each hill. It seemed fire was coming from everywhere,” Vyacheslav Ignatenko recalled that unforgettable day in Vladivostok, at the other end of the country from Moscow. The celebrations culminated with a balloon raising the Banner of Victory over the Golden Horn Bay. “From the nearest hills, searchlights directed dazzling beams of light into the sky, all crossing in one point above the Golden Horn. And at that point… the Banner of Victory was fluttering in the wind! It was something incredible - a message from heaven. There was a wind up there and the red banner unfurled in all its dazzling glory, facing the city.” 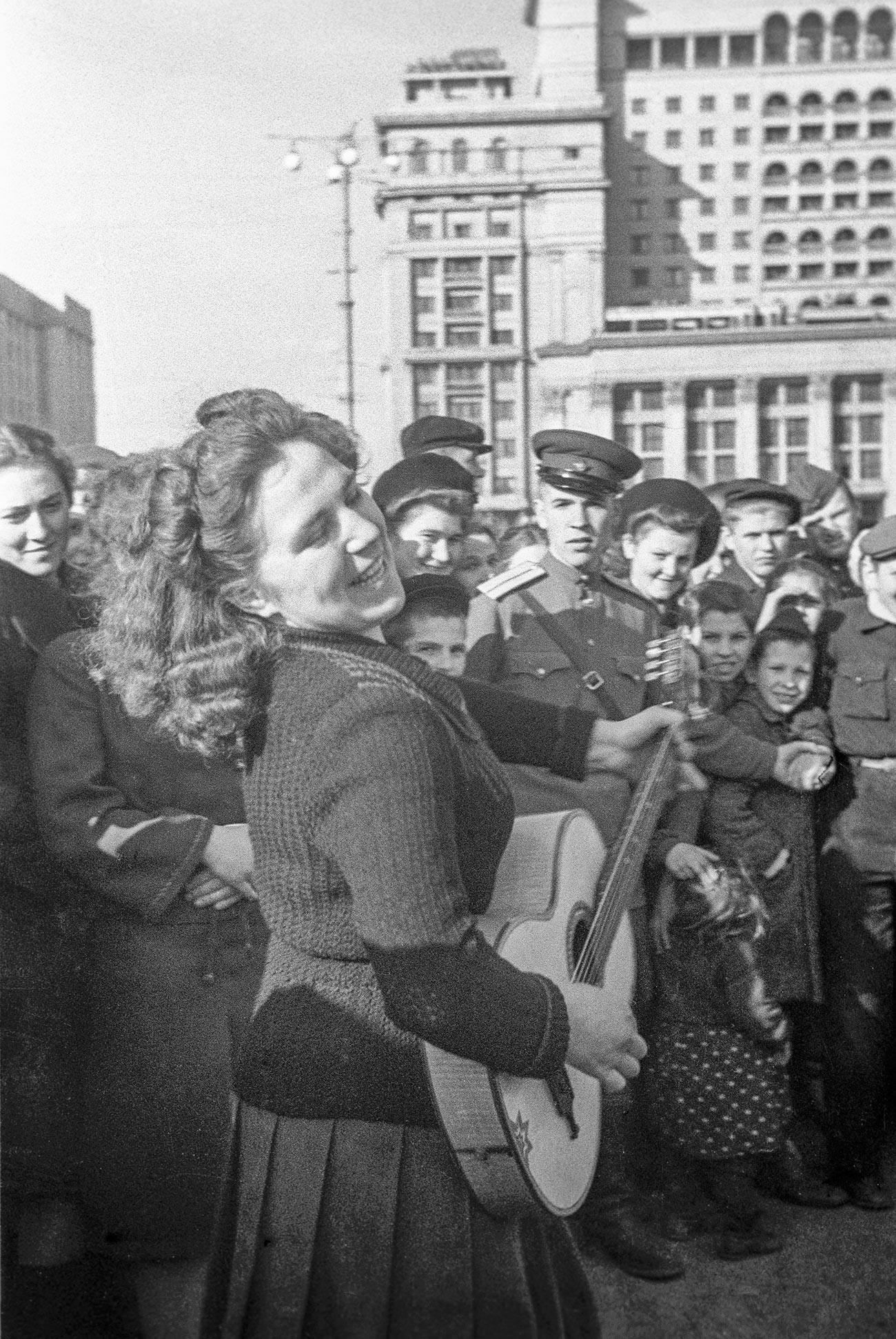 Many Red Army soldiers heard the news of Germany’s surrender while still on the front line. In May 1945, Baltic Fleet marine Pavel Klimov was in western Latvia, where a large enemy grouping was still putting up resistance. “The Germans were the first to let us know that the war was over. We were walking along the coast and we could not understand why there was so much noise and jubilation coming from the German trenches. It turned out they had heard that the war was over. We figured from the fireworks and shots fired in the air that everything was over. It was only later that an order came by radio to cancel the operation. It was a great joy,” Pavel Fedorovich recalled. 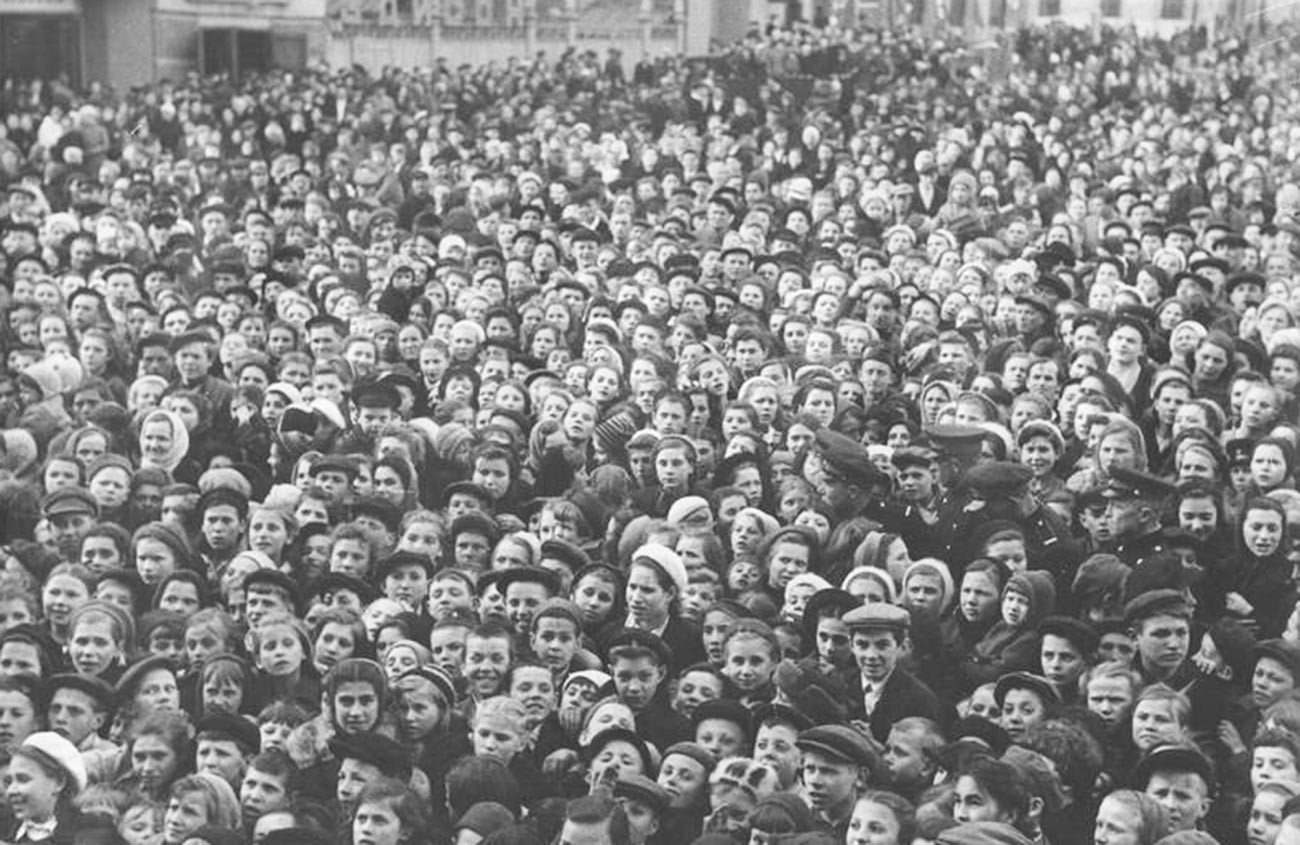 In the evening, there was a spectacular fireworks display on Moscow’s Red Square: 30 artillery volleys from a thousand guns, accompanied by cross beams from 160 searchlights and multi-colored rockets launched in the air. Yasen Zasursky recalls: “For some reason, I remember how the volleys frightened flocks of crows – when the fireworks started, the birds, crowing, flew up from behind the Kremlin walls and circled in the air, as if they were overjoyed just like us. It was wonderful!” 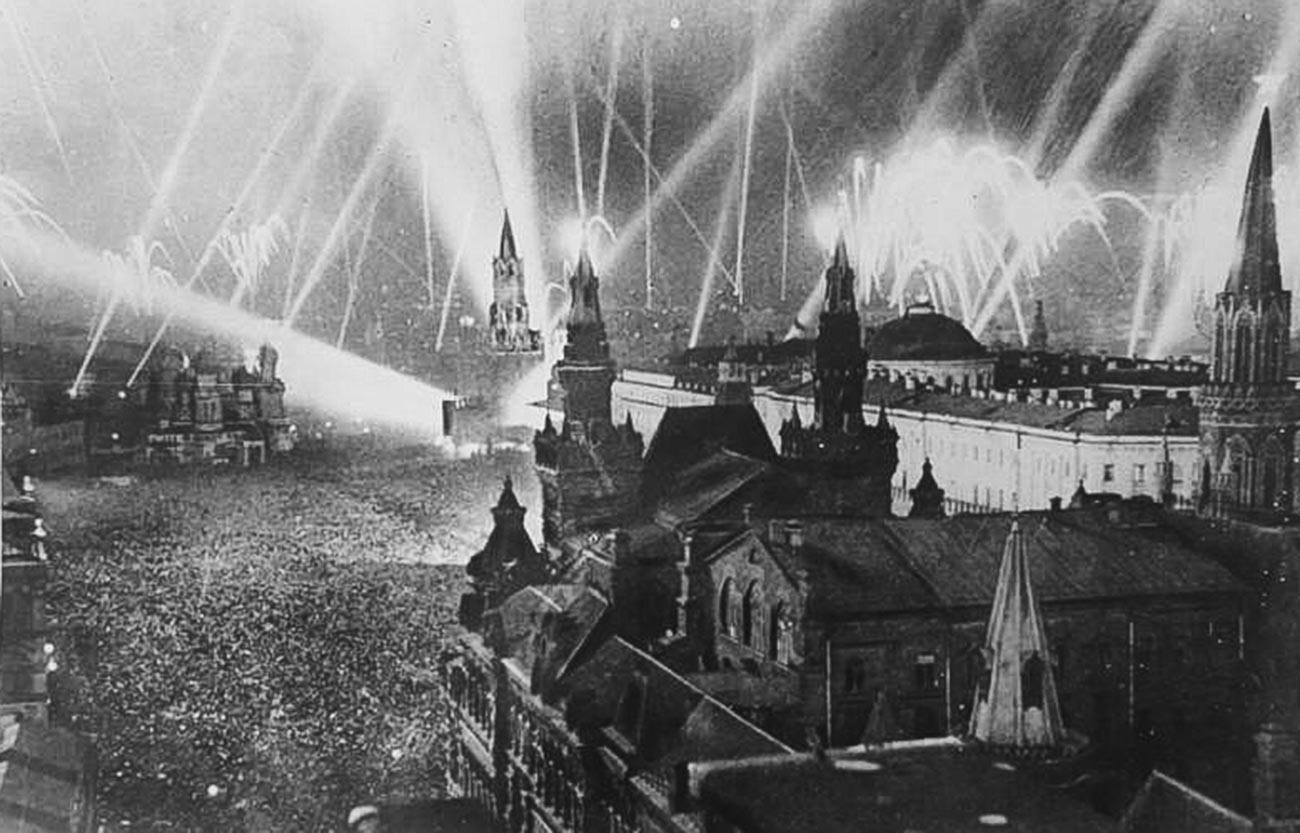